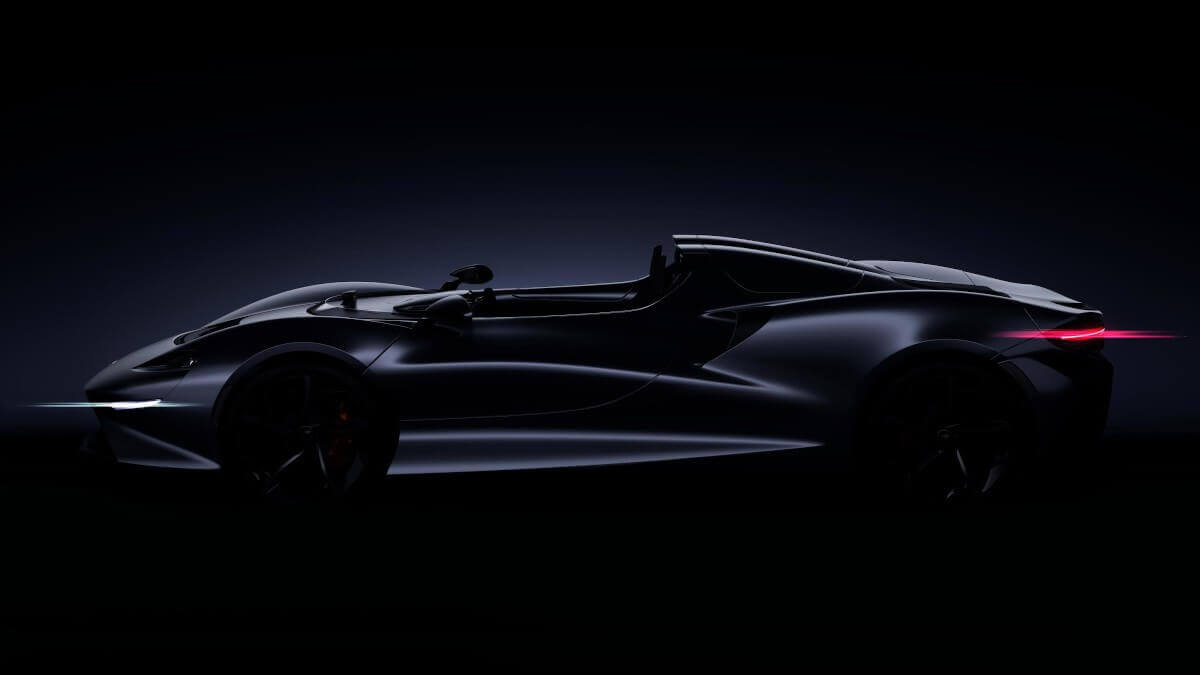 McLaren continues to expand its model range. The division into the Sports Series (540C, 570S, 570S Spider, 600LT, 600LT Spider), the Super Series (720S, 720S Spider) and the Ultimate Series (Senna and the soon to come Speedtail) as well as the GT offered in parallel as a car for travelling remains unchanged. For the highest category, the Ultimate Series, the British company announced a new model at Monterey Car Week, which will make its debut next year. It is a radically open roadster that consistently does without a windshield or any sort of soft top.

So far there is only little information about the vehicle itself. McLaren promises a strictly limited production of 399 units. The four-liter V8 biturbo engine from the Senna is planned for the drivetrain. In contrast to the Senna, which is designed for racing tracks, and the ultra-fast Speedtail, the still nameless roadster is supposed to find its profession among drivers who simply love the joy of winding, sunny roads. Thanks to the typical carbon construction of the British brand, the new roadster will be the lightest car McLaren has ever produced. It is priced between the Senna and the Speedtail.