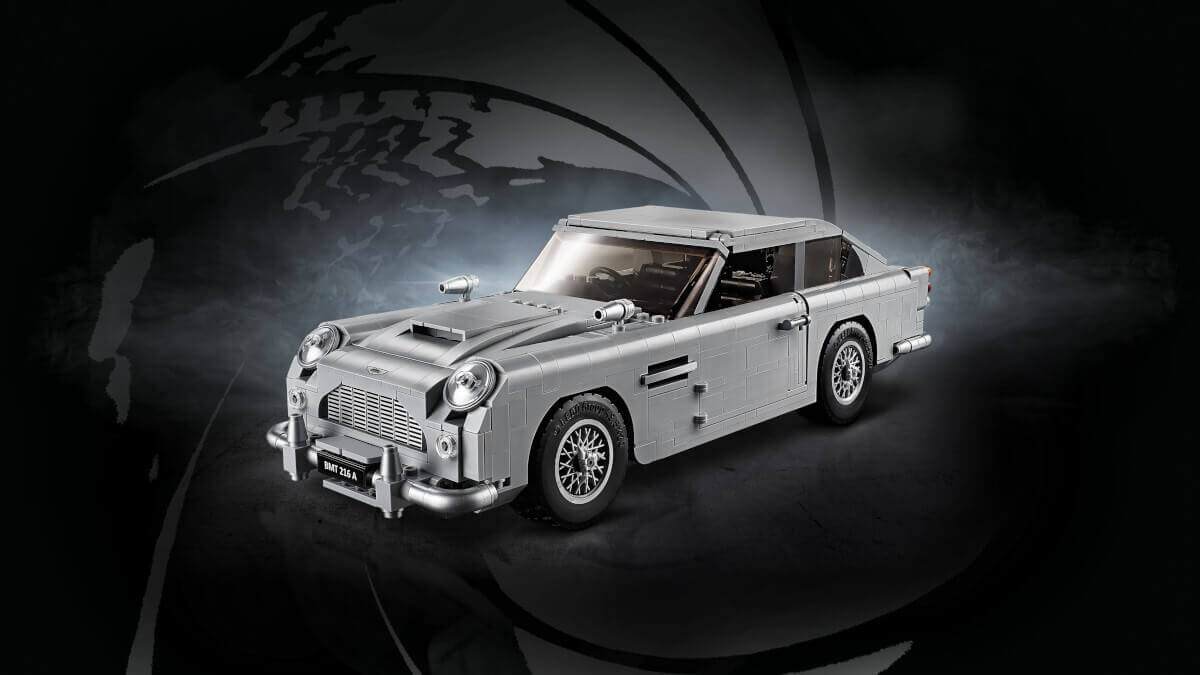 It is undoubtedly one of the best-known movie cars of all time – and this despite the fact that it was a clear departure from Ian Fleming’s books and was not desired by the brand’s directors in the beginning. We are talking about the Aston Martin DB5, that served as a special vehicle for actor Sean Connery in the movie “James Bond 007 – Goldfinger”. The film company Eon Productions had written several requests to Aston Martin and finally got the opportunity to buy two old prototypes of the DB5 – product placement normally looks a little different. That this small cooperation would make for one of the most prestigious partnerships on the big screen wasn’t foreseeable in any sense in 1964.

One reason for this is probably the extensive additional equipment that was integrated in the film by Bond’s quartermaster Q and his team into the sports car. Whether machine guns behind the front indicators, rotatable license plates, retractable wheel locks for puncturing other tires, bulletproof protection behind the rear window, a fog machine, a navigation device with radar tracking function, car phone or an ejector co-driver-seat, it did not leave out anything. All these functions can now be found in a very special model, which you can assemble yourself: Lego puts the DB5 on an approximate scale of 1:8. 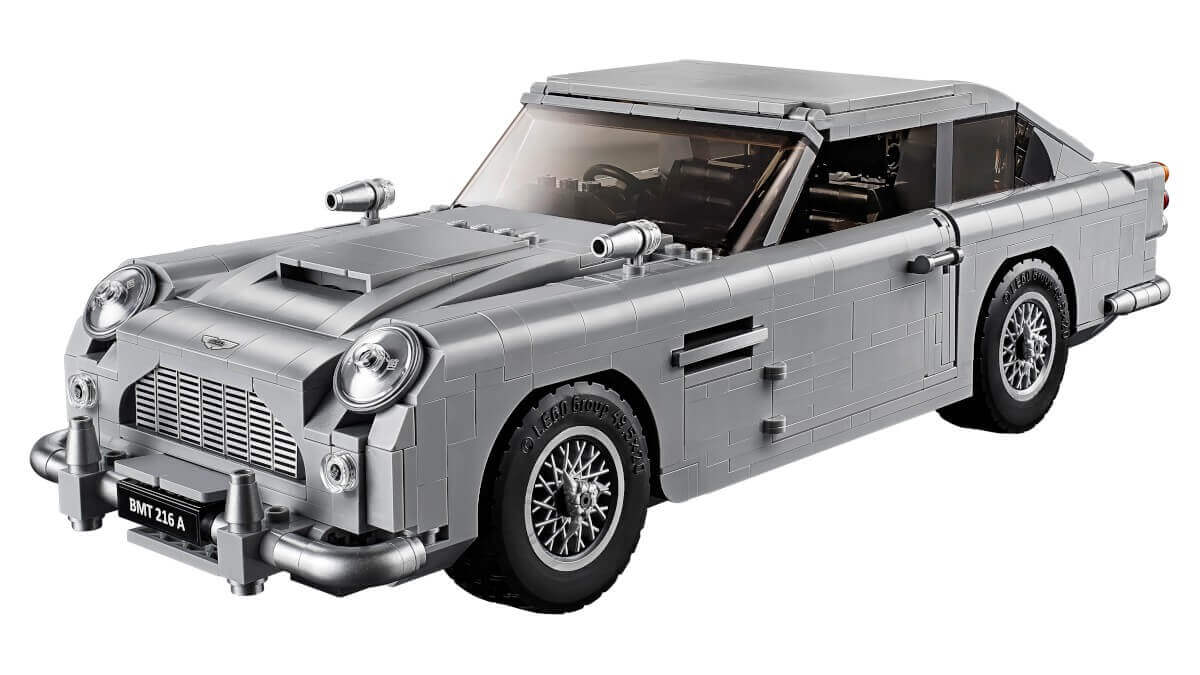 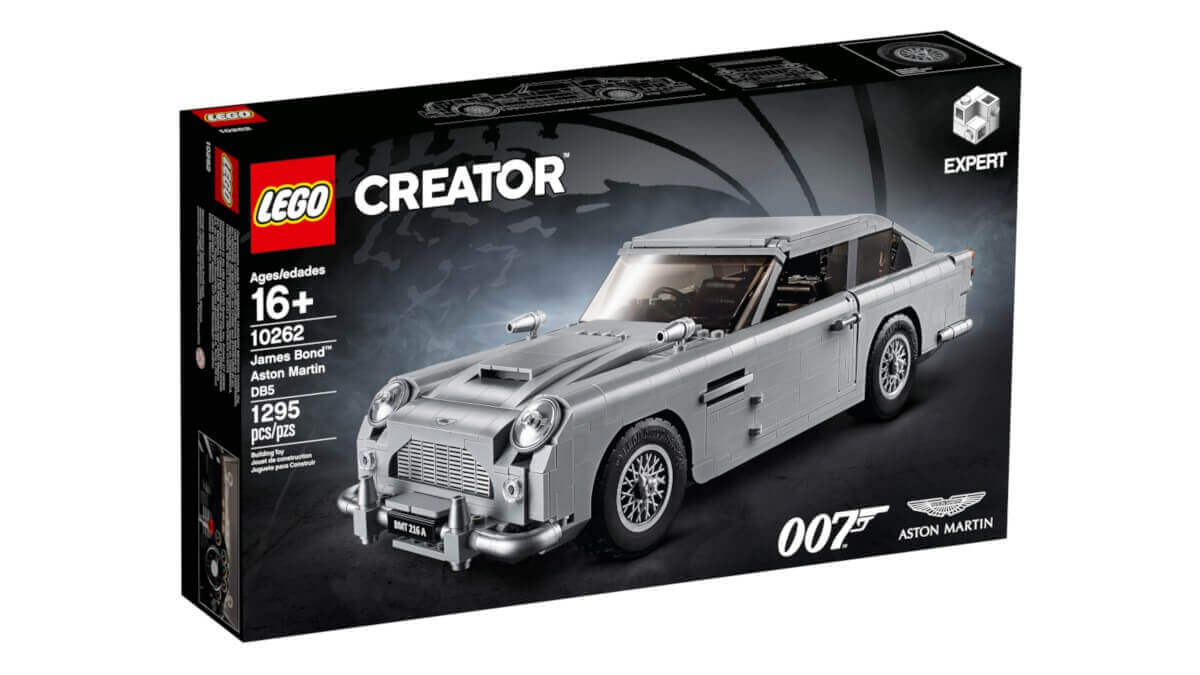 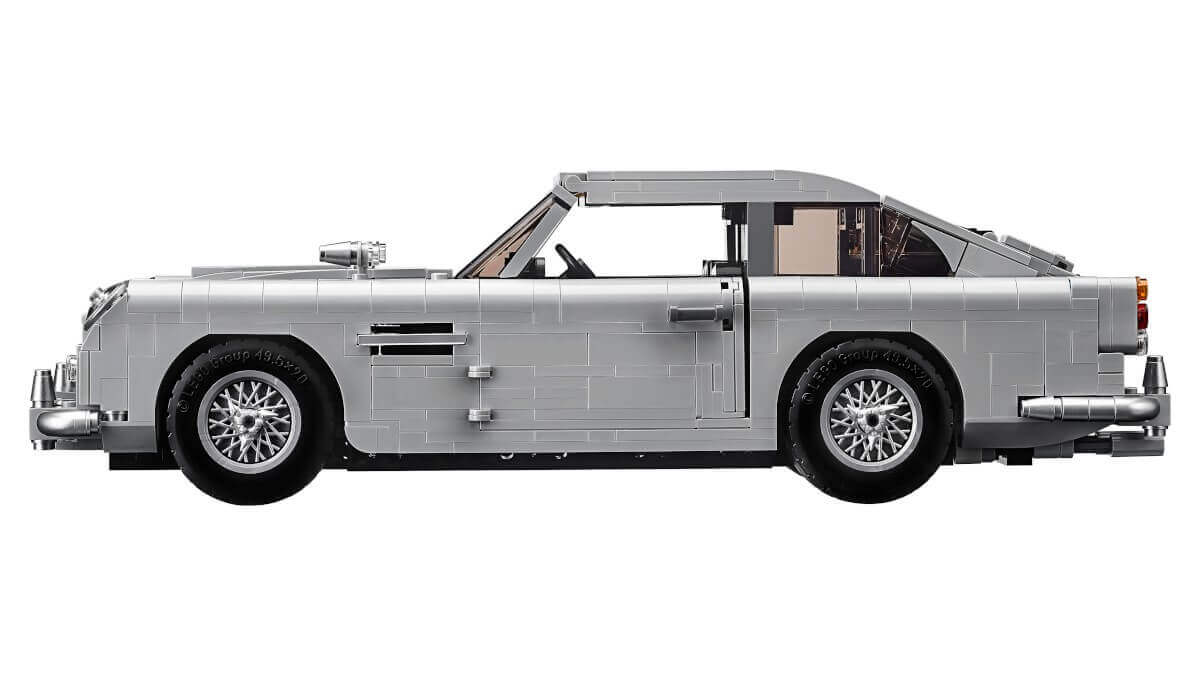 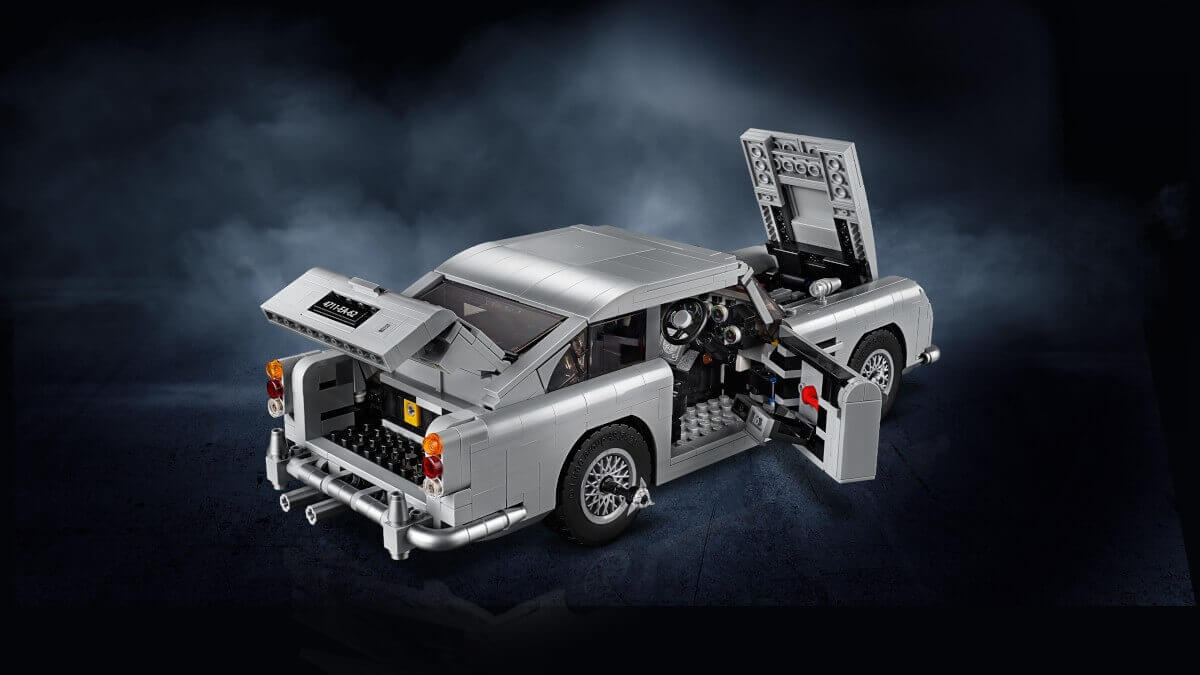 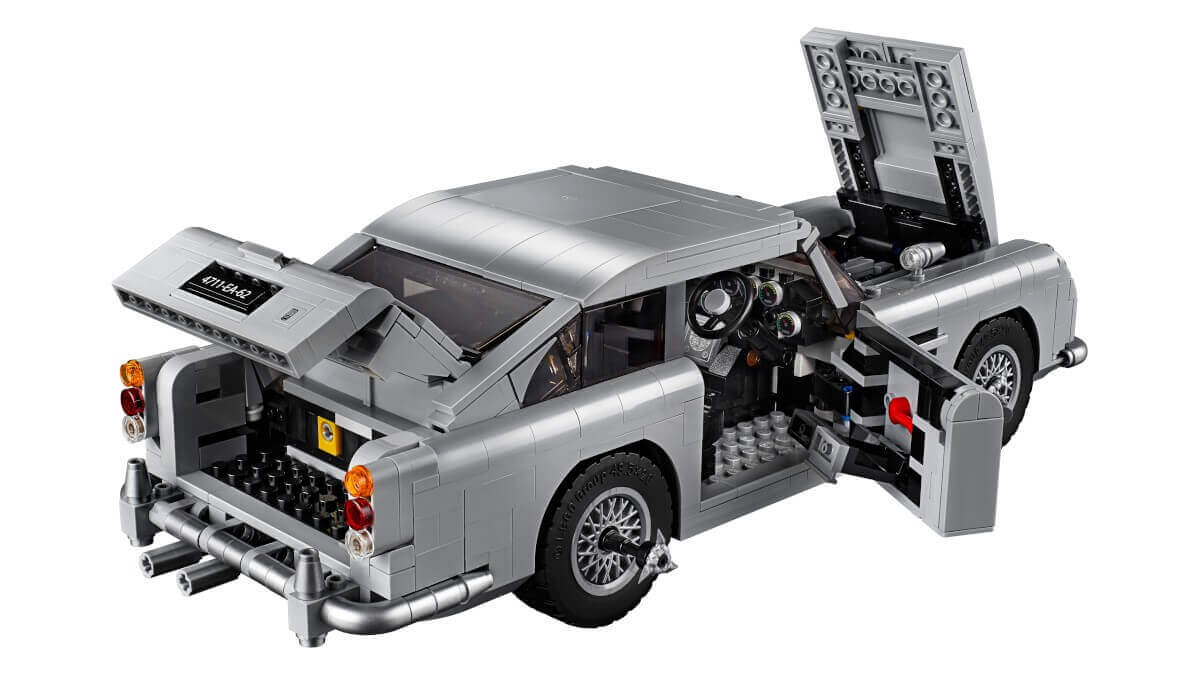 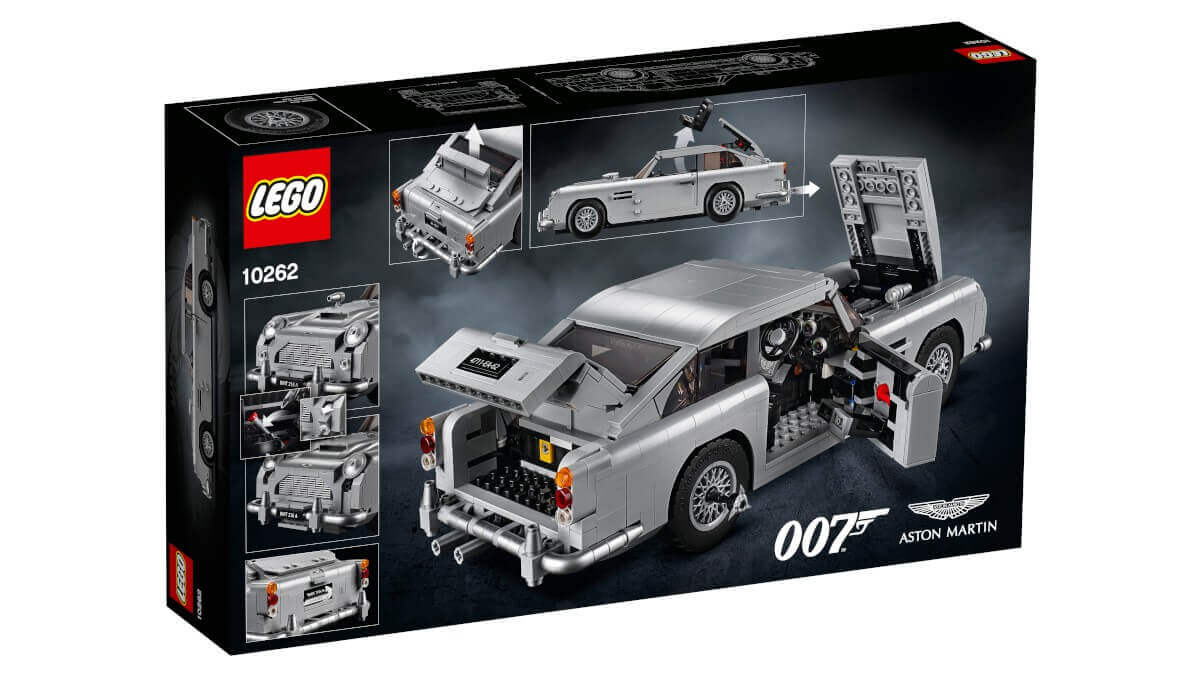 Lego fans already know this size from the Volkswagen T1 Camper, Volkswagen Beetle, Mini Cooper, Ferrari F40, Caterham 620R and London Bus. So now for the first time they add a movie car to this collection. The Lego designers have actually managed to mimic the vast majority of functions on the model, in part, as in the case of the ejector seats, even functional. The tire shredders and the bulletproof shield can be extended, the license plates are rotatable and under the hood a replica of the inline-six engine is waiting, while in the cockpit you can find the navigation system and under a flap in the driver’s door the car telephone.

Small criticisms must be allowed and hit two points: the edgy look of the model easily shows you its decent from the Lego kits and doesn’t meet the shapes of the real DB5 as good as it could. Next to that there is the relatively high price of 129.99 GBP. In Germany it is 149.99 euros while the Mini Cooper costs 89.99 euros, the Volkswagen Campervan is available for 99.99 euros and the big doubledecker London Bus is 119.99 euros. Probably the Danish company had to put the license fees of both, Aston Martin and James Bond, on top of the planned price.