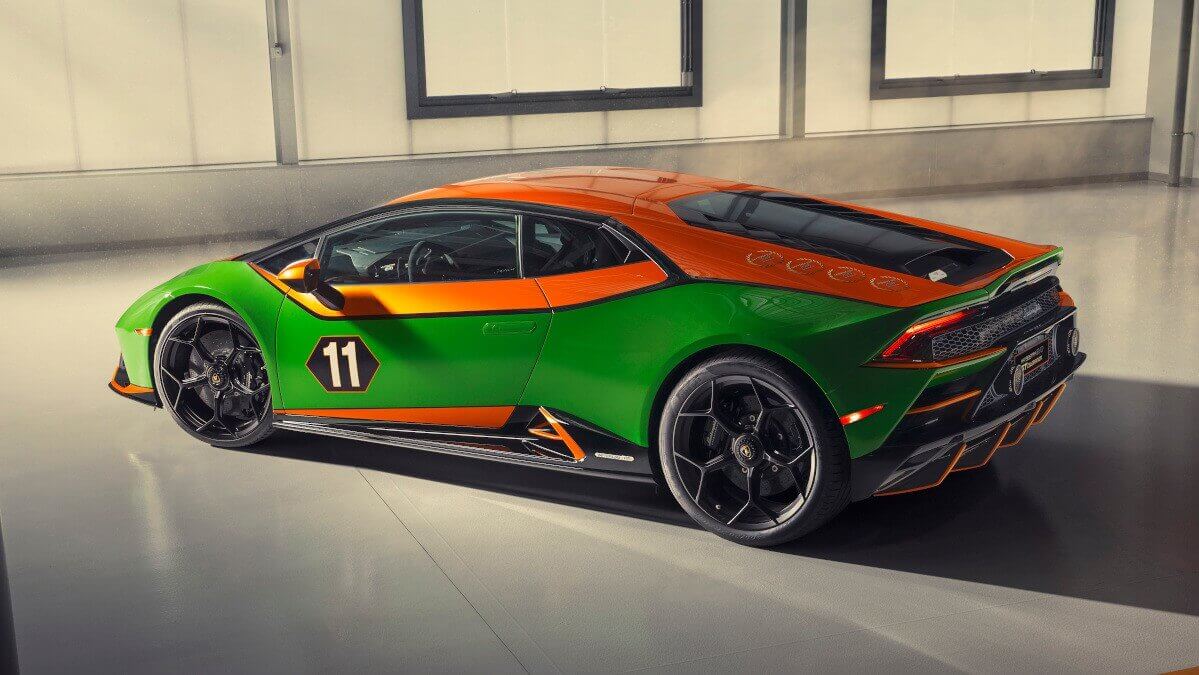 Lamborghini has been involved in international GT racing for several years now. Initially supported by Reiter Engineering, it has been the GRT Grasser Racing team since the Gallardo and currently with the Huracán that develops and prepares the racecars. The Lamborghini Huracán GT3 Evo now runs very successfully in various worldwide GT3 racing series. GRT Grasser Racing together with Paul Miller Racing won both the 2018 and 2019 edition of the 24 Hours of Daytona and the 12 Hours of Sebring. As a reminder of these successes, the limited Huracán Evo GT Celebration made its debut for the North American market during Monterey Car Week.

Matching the paint scheme of the racing cars, the special edition model is shown from the outside in ‘Arancio Aten’ (orange) and ‘Verde Egeria’ (green). Alternatively, nine further bicolor combinations with three new colors from the Ad Personam individualisation department are available. On the front bonnet and doors there are colored hexagonal patterns in the style of start number plates with the ’11’, which was the number on the winning Huracán GT3 cars. Brake calipers in contrasting colors are available on request behind the 20 inch black painted forged rims with central locks. For further customisation, specially designed logos with the Italian and US flags are available, placed on the roof and inside between the seat backs. In addition, laurel wreaths for each of the four victories decorate the rear left C-pillar on request. A ‘Daytona 24h’ badge sits on the sill on the left and a ‘Sebring 12h’ badge on the right sill. In the rear windo on the driver’s side there is a carbon badge with the inscription ‘Ad Personam – 1 di 36’. 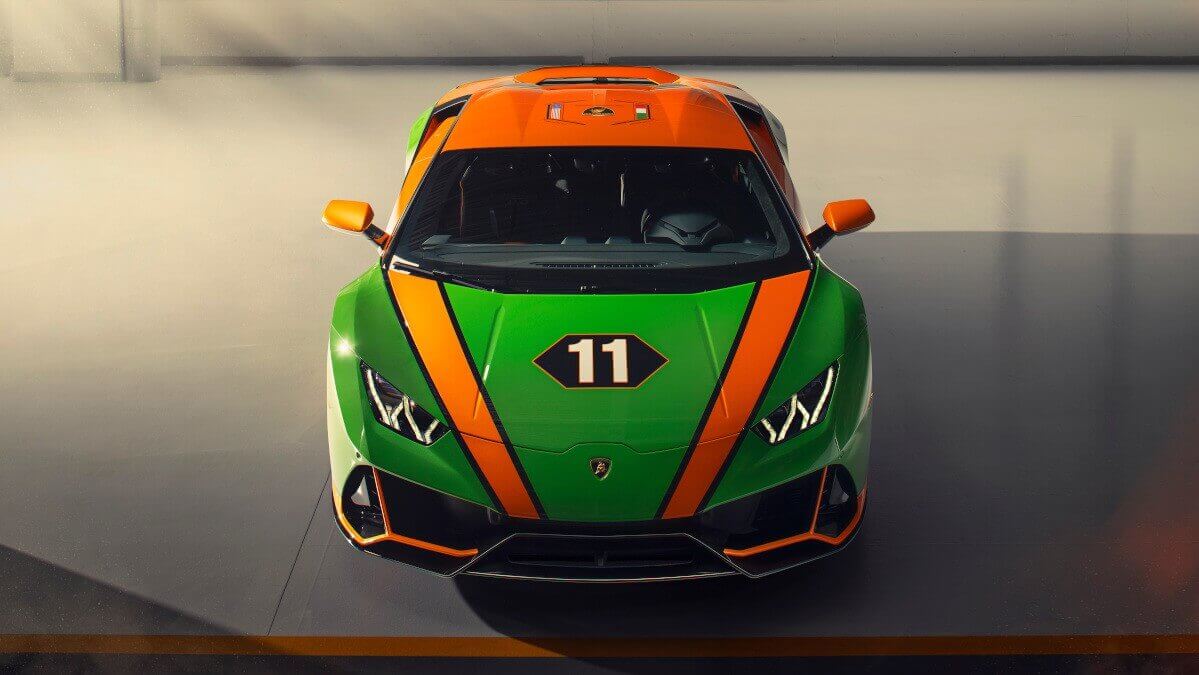 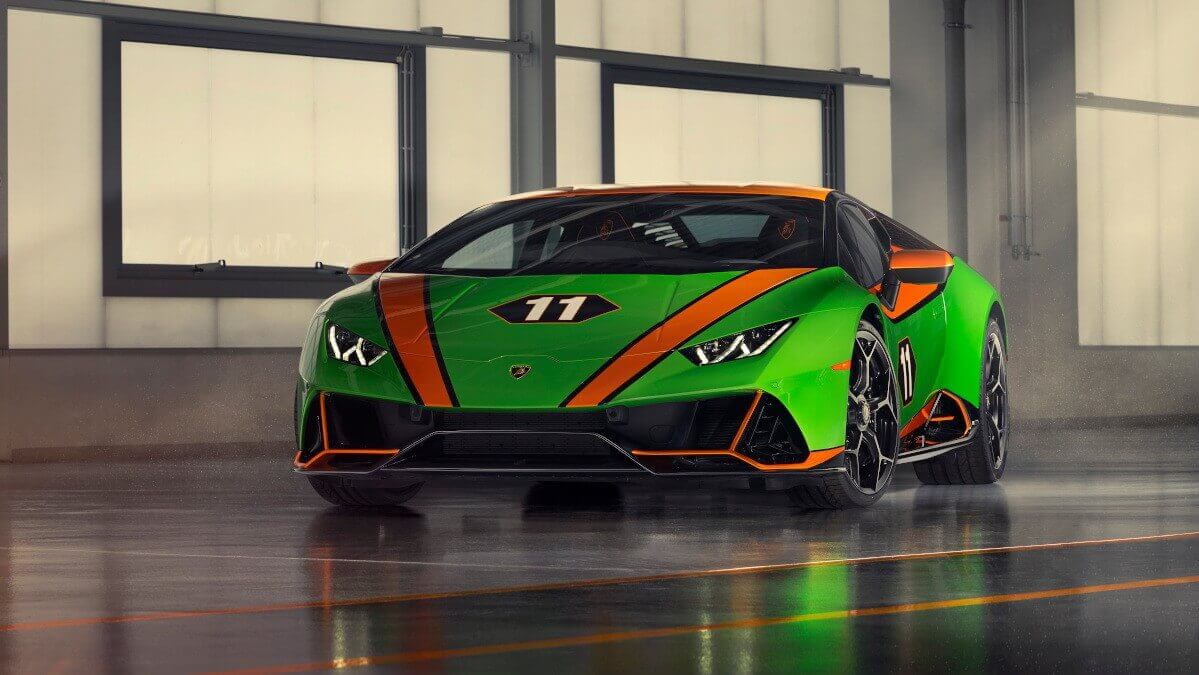 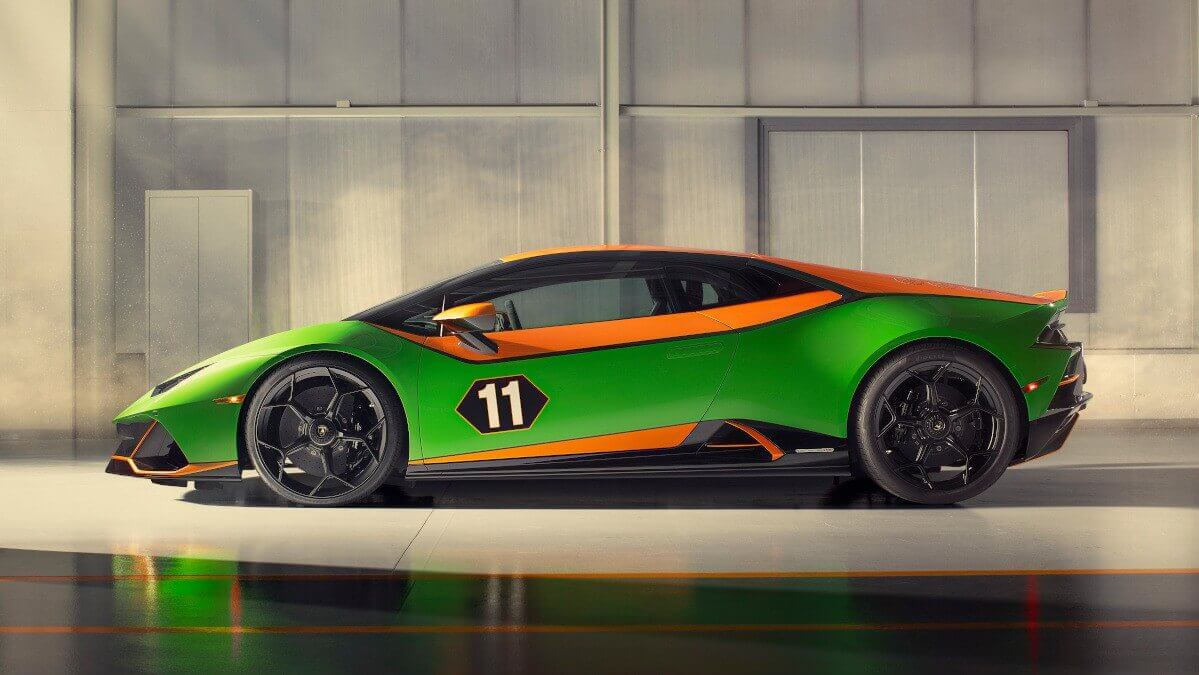 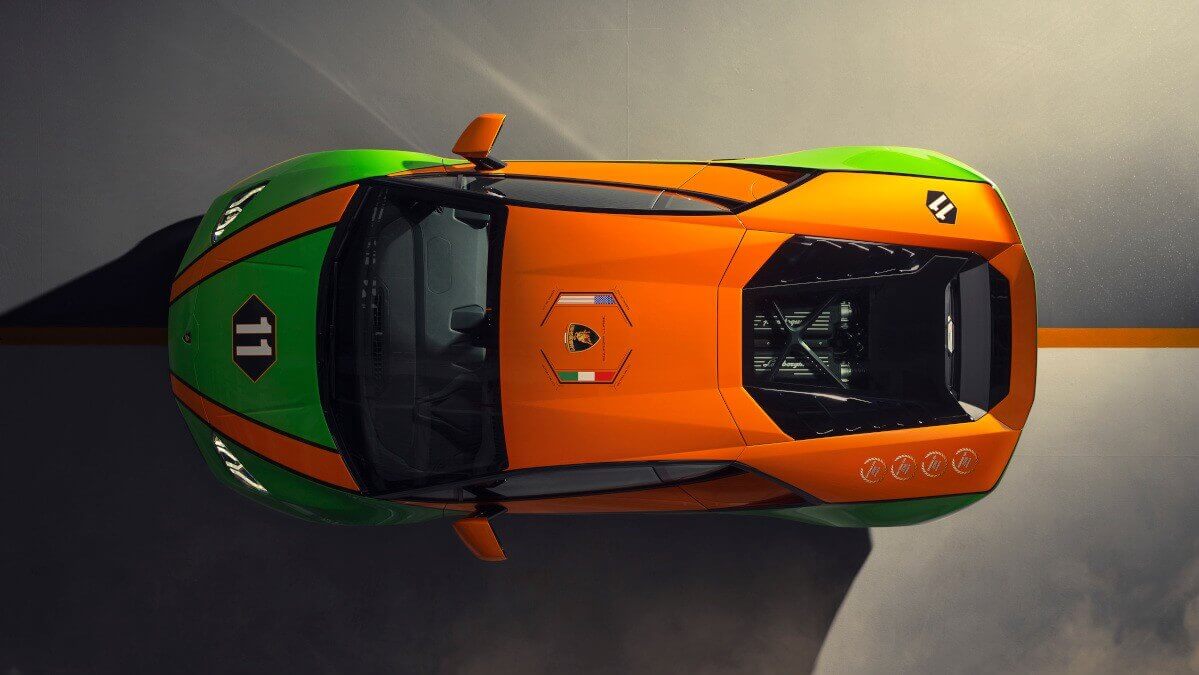 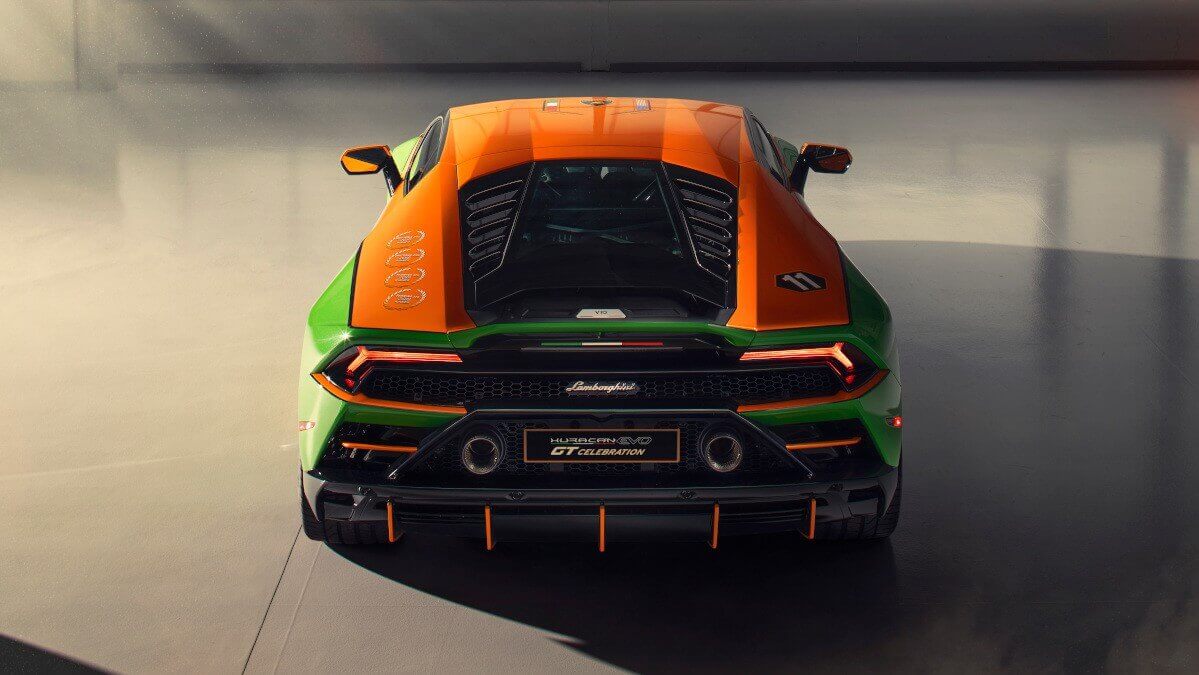 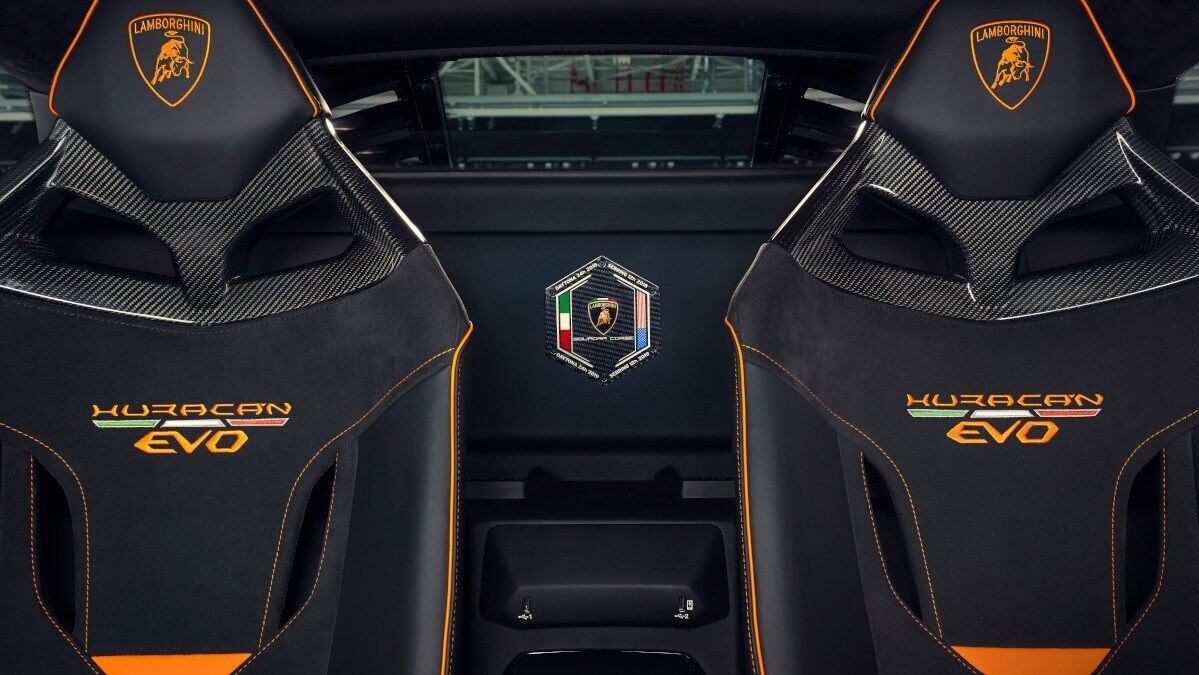 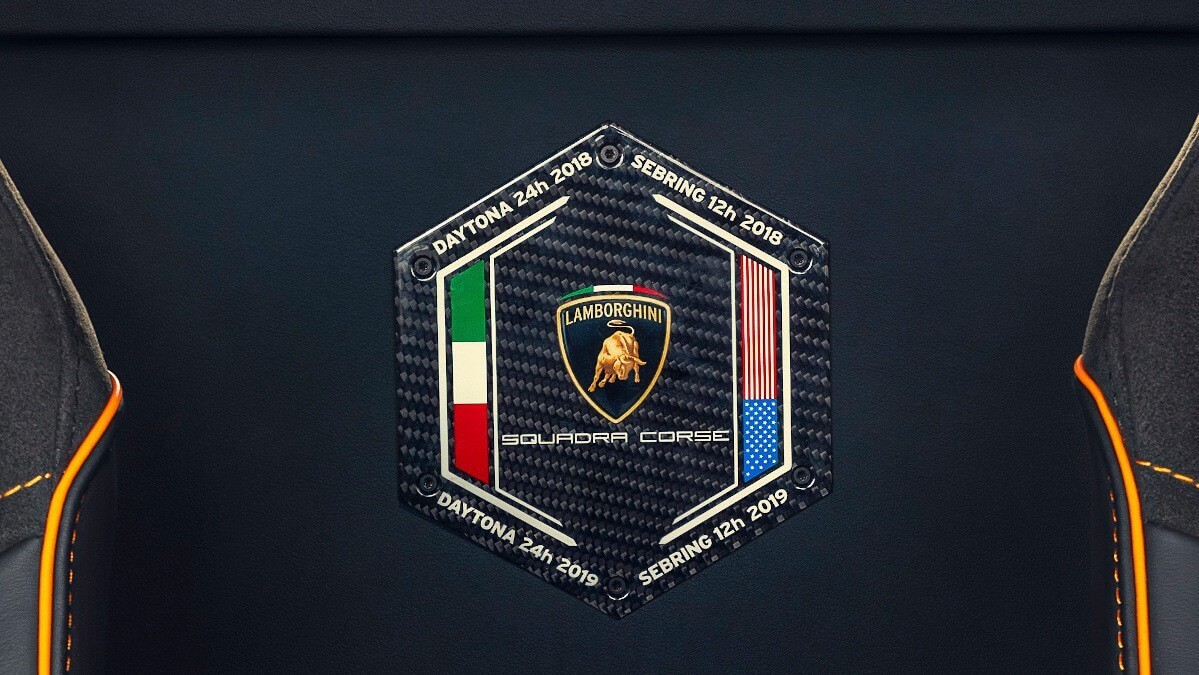 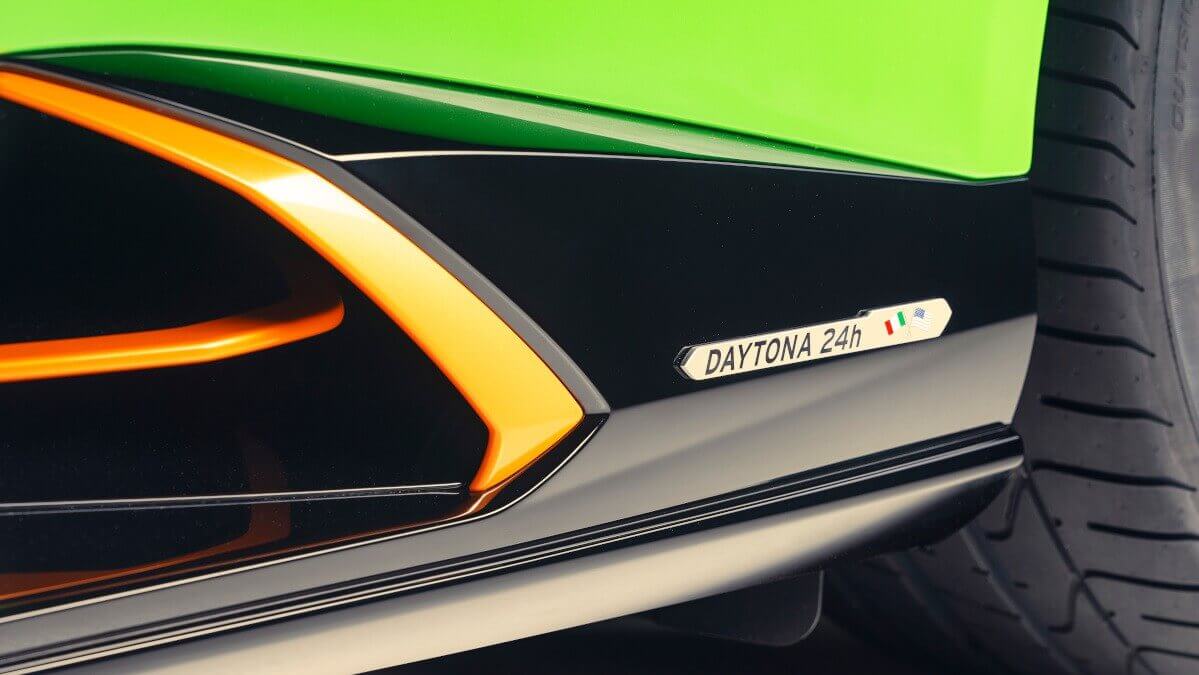 The Ad Personam department also came up with some exclusive details for the interior, which go beyond the logo between the seats. The dashboard, seats and door panels, for example, get upholstered in Alcantara in the same color as the exterior paint. For the first time, the newly developed racing seats are used in this special edition model of the Huracán Evo. Behind them is the well-known naturally aspirated V10 engine with 470 kW/640 hp and a maximum torque of 600 newtonmeters. From the beginning of 2020, the 36 Lamborghini Huracán Evo GT Celebration models will be on their way to dealers in the USA and Canada.