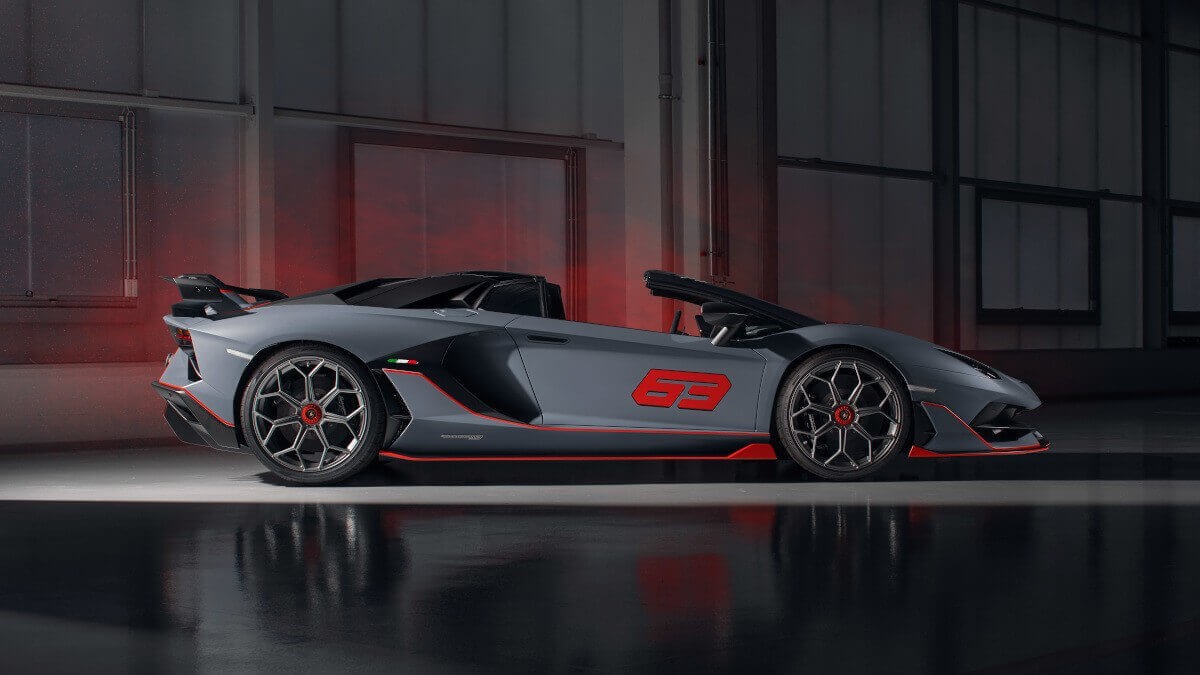 After the Roadster version of the Lamborghini Aventador SVJ made its debut at the Geneva Motor Show in March, the strictly limited version SVJ 63, which is already known to brand fans from the Coupé, now followed at the Monterey Car Week in California. As the SVJ 63 Roadster, this vehicle is once again limited to 63 units worldwide. In this way, the Italian company commemorates the founding year of the sports car department in 1963. The special edition model was created in cooperation between the design studio and the Ad Personam customisation department, creating eight exclusive color configurations from which customers can choose. The windscreen surround, exterior mirrors, removable roof parts, engine cover and engine vents are made of either glossy or matt carbon fiber. The rest of the bodywork features SVJ 63 decor areas in contrasting color to the chosen paint finish. The wheel arches are filled with Leirion forged rims with a new matt titanium finish.

Lamborghini offers three different Alcantara colors for the interior, which can also be combined with each other if desired. The presentation vehicle, which made its debut at the Concept Lawn of the Pebble Beach Concours d’Elegance, features a combination in the colors ‘Grigio Octans’, ‘Grigio Cronus’ and ‘Arancio Dryope’. In addition there are decorative panels in visible carbon and areas in CarbonSkin. The seats feature white Q-Citura cross-stitchings and a 63 logo made of carbon fiber and lasered Alcantara is visible between the seat backs. 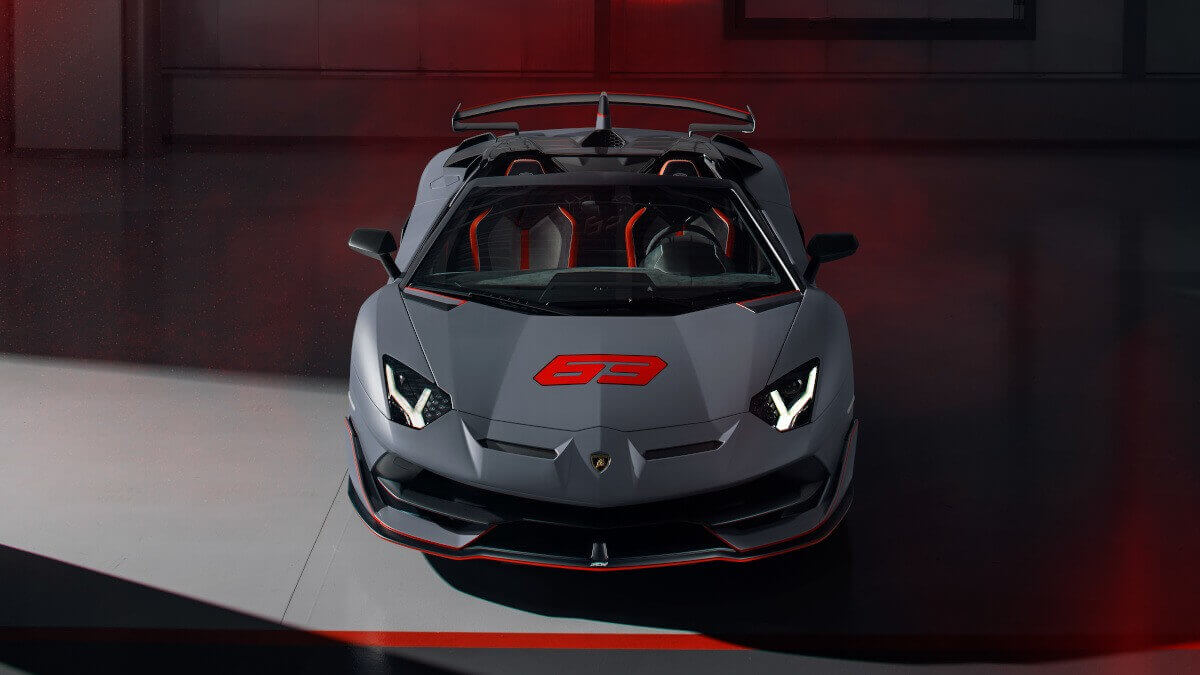 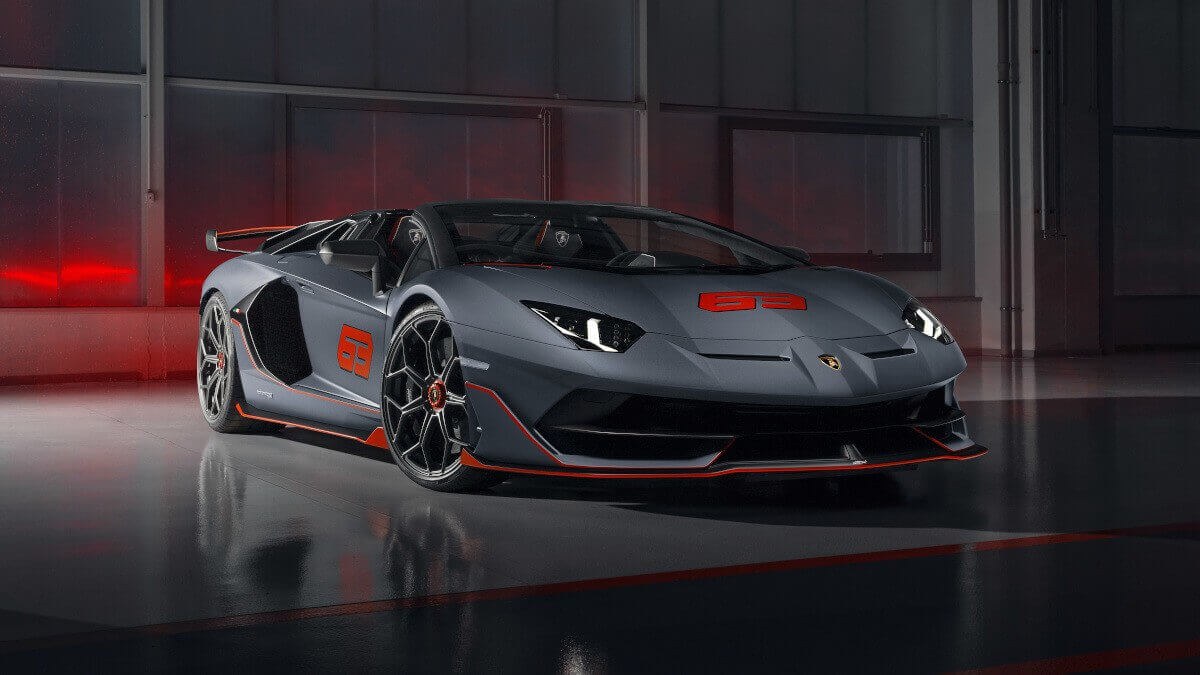 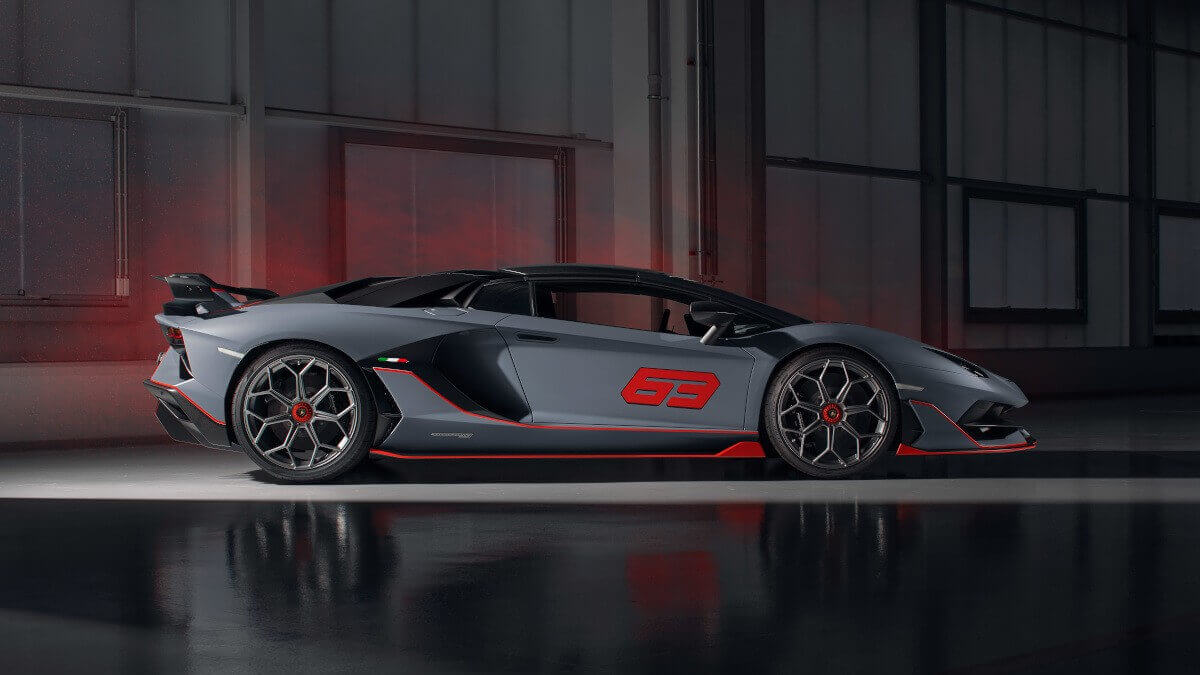 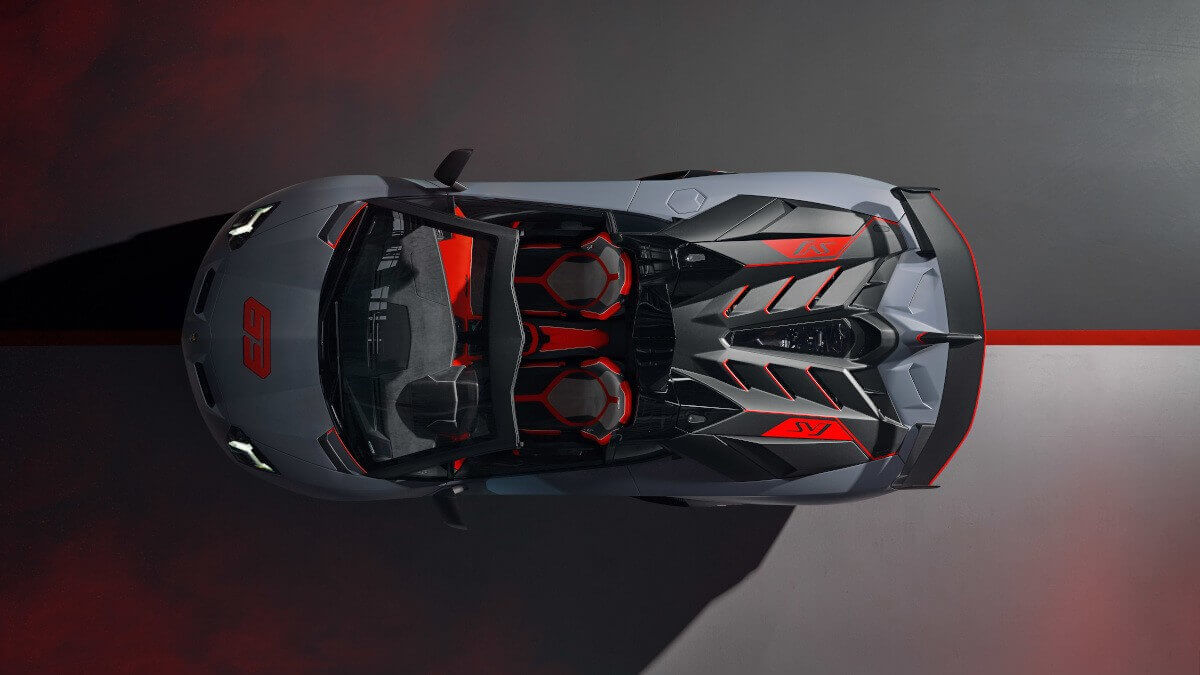 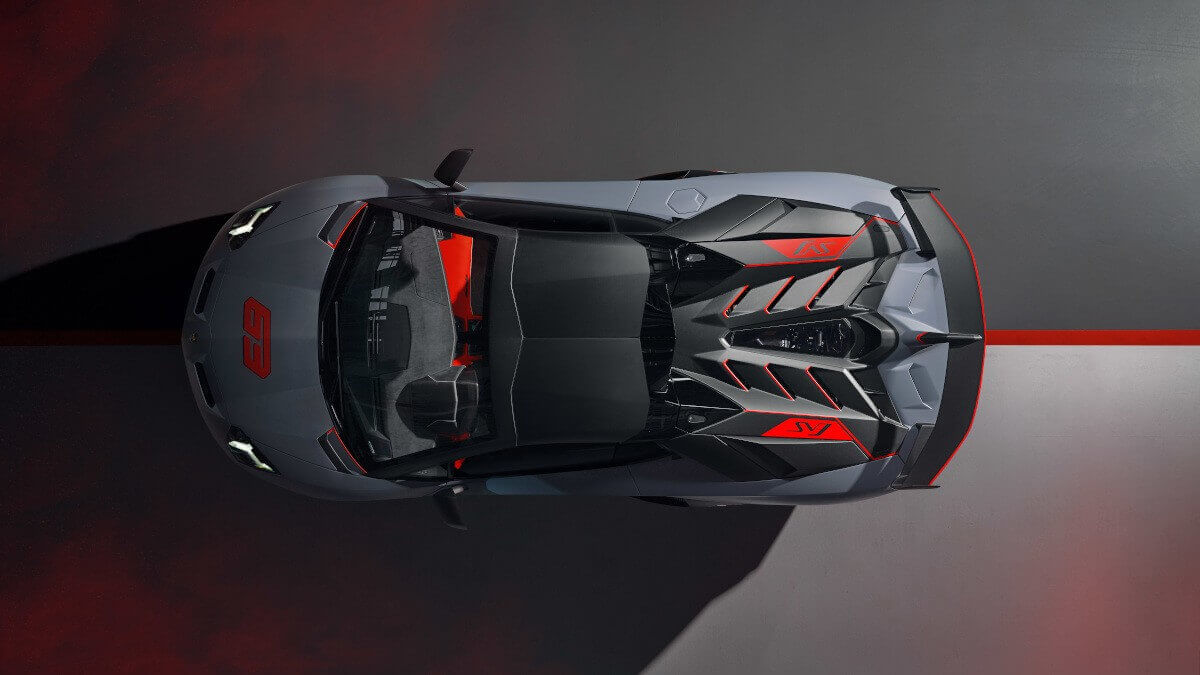 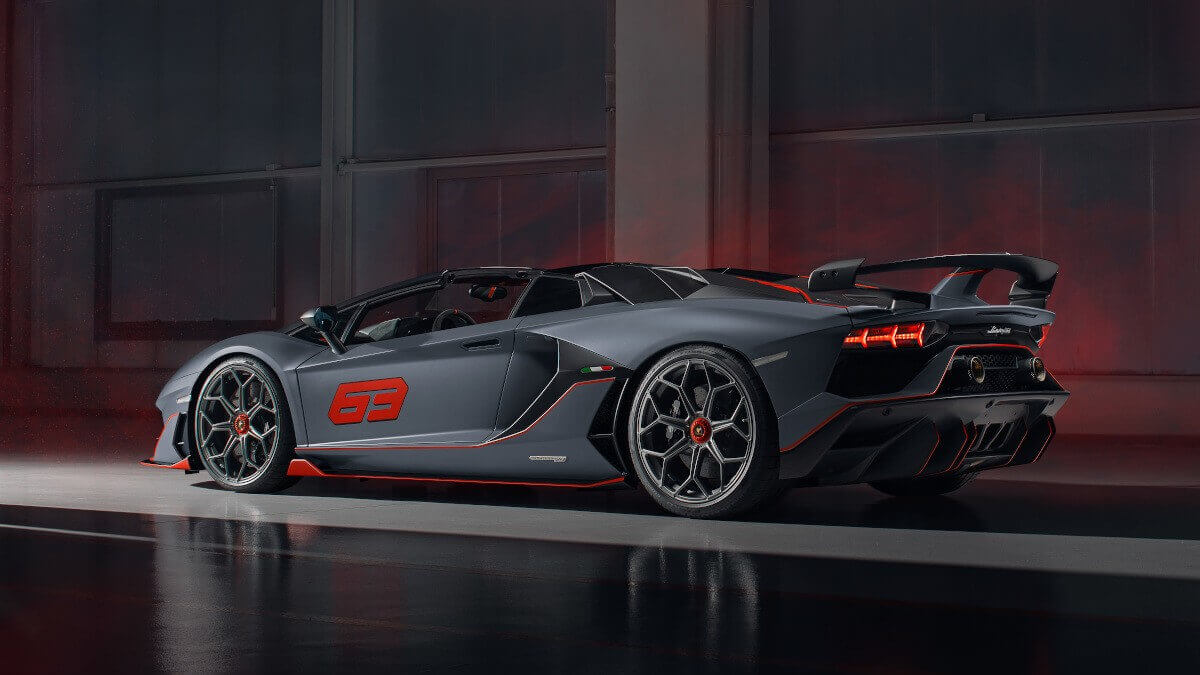 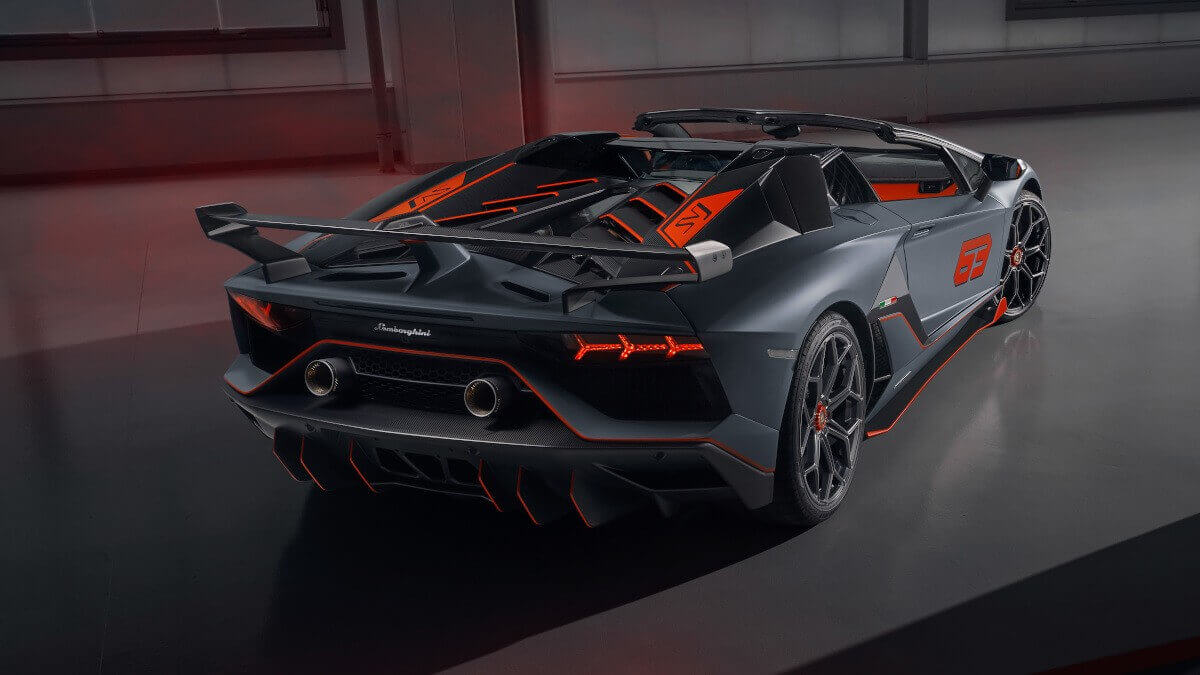 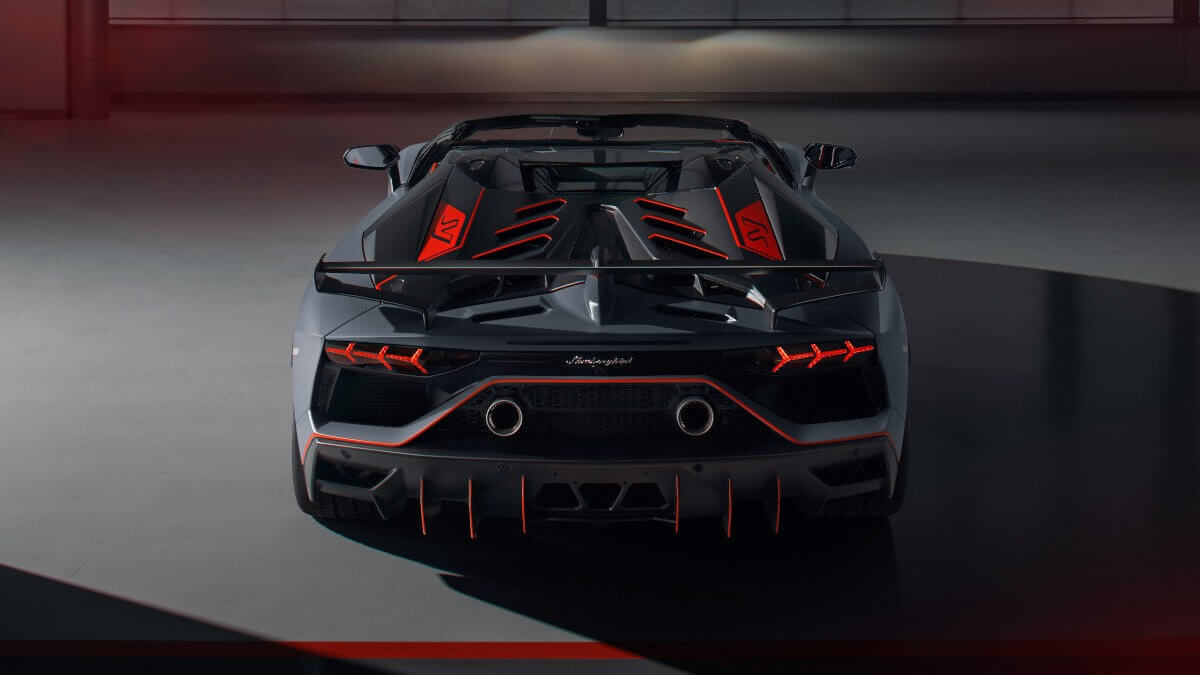 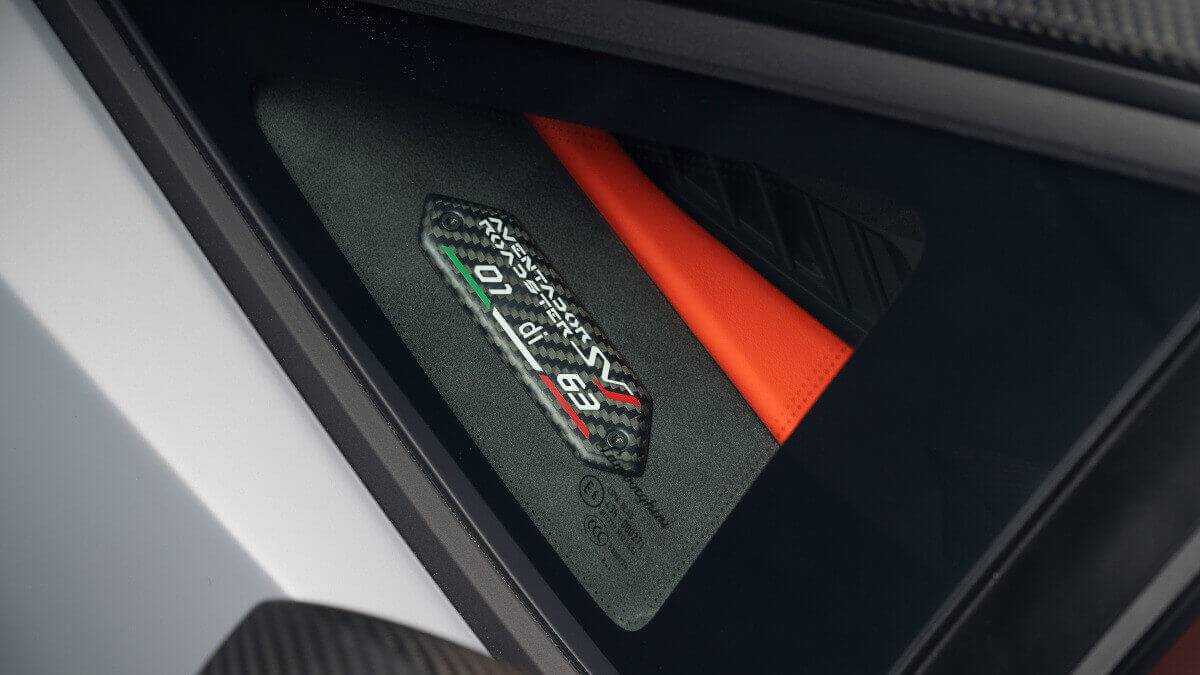 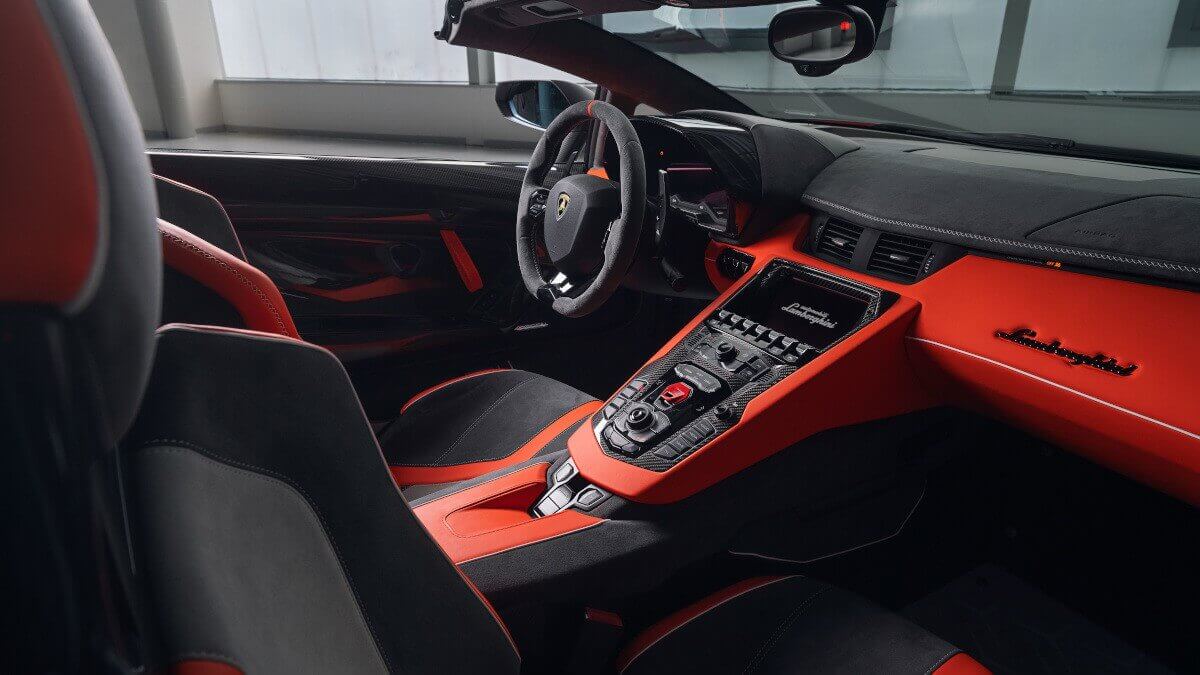 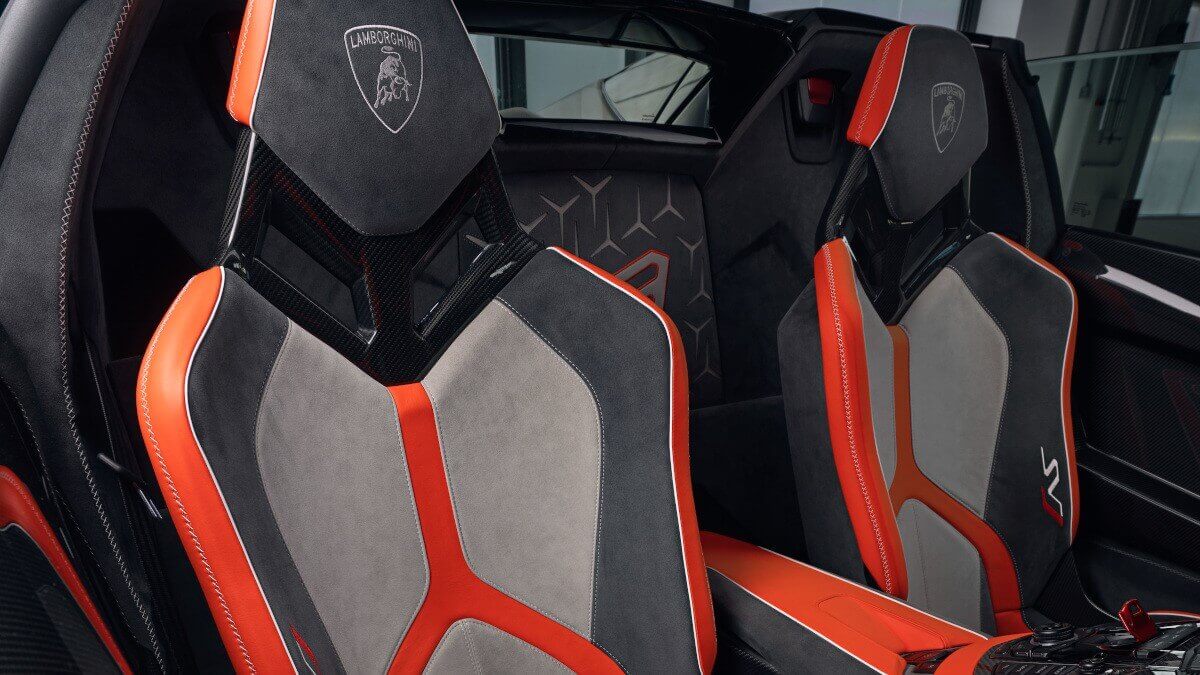 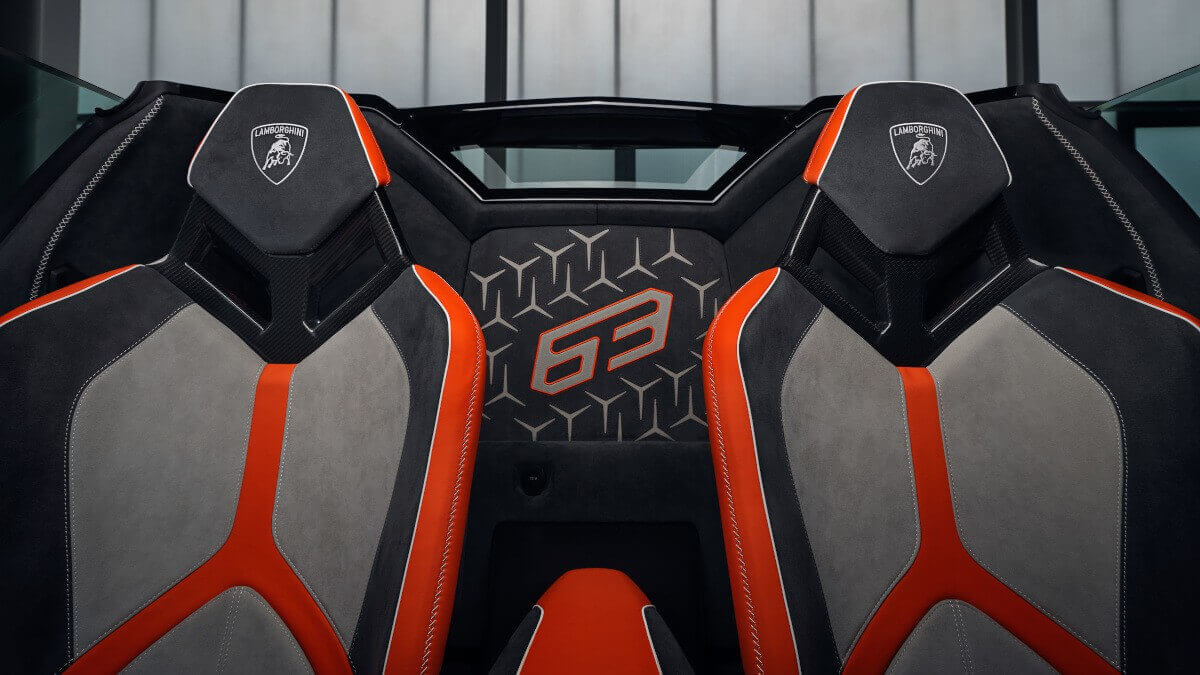 Under the bonnet behind the passengers remains the 6.5-liter naturally aspirated V12 engine, which in the SVJ produces a full 566 kW/770 hp and a maximum torque of 720 newtonmeters. In conjunction with the sequential seven-speed transmission, it can be driven from a standstill to 62 mph (100 kph) in 2.9 seconds and to 124 mph (200 kph) in 8.8 seconds. A maximum of more than 217 mph is possible. Lamborghini states that the braking distance from 62 mph is 31 meters.

All 63 Lamborghini Aventador SVJ 63 Roadsters were sold out before their world premiere in Monterey. The first deliveries are scheduled for the beginning of 2020.