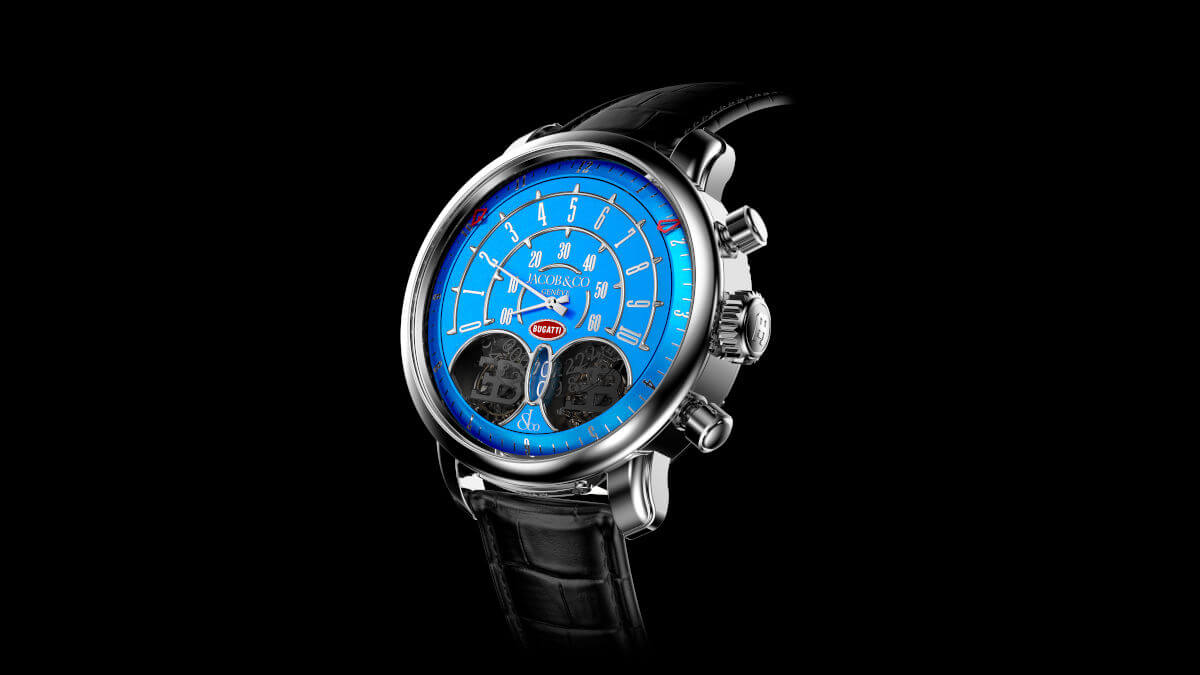 As the most ambitious project from the cooperation with Bugatti so far, Jacob & Co presents the new wristwatch Jean Bugatti. It is named after Ettore Bugatti’s eldest son, who was born in 1909, the year the company was founded. In his childhood, he was as fascinated by his father’s racing and sports cars as he was by the artwork and furniture of his Parisian grandfather, Carlo Bugatti. From 1930, he joined the car company and, together with his father, developed sensational vehicles. These included the Type 50, Type 41 Royale and Type 57 Atlantic. On August 11, 1939, Jean Bugatti test drove the Type 57 Tank racing car and collided with a tree near the factory in Molsheim. Sadly he died at the scene of the accident. 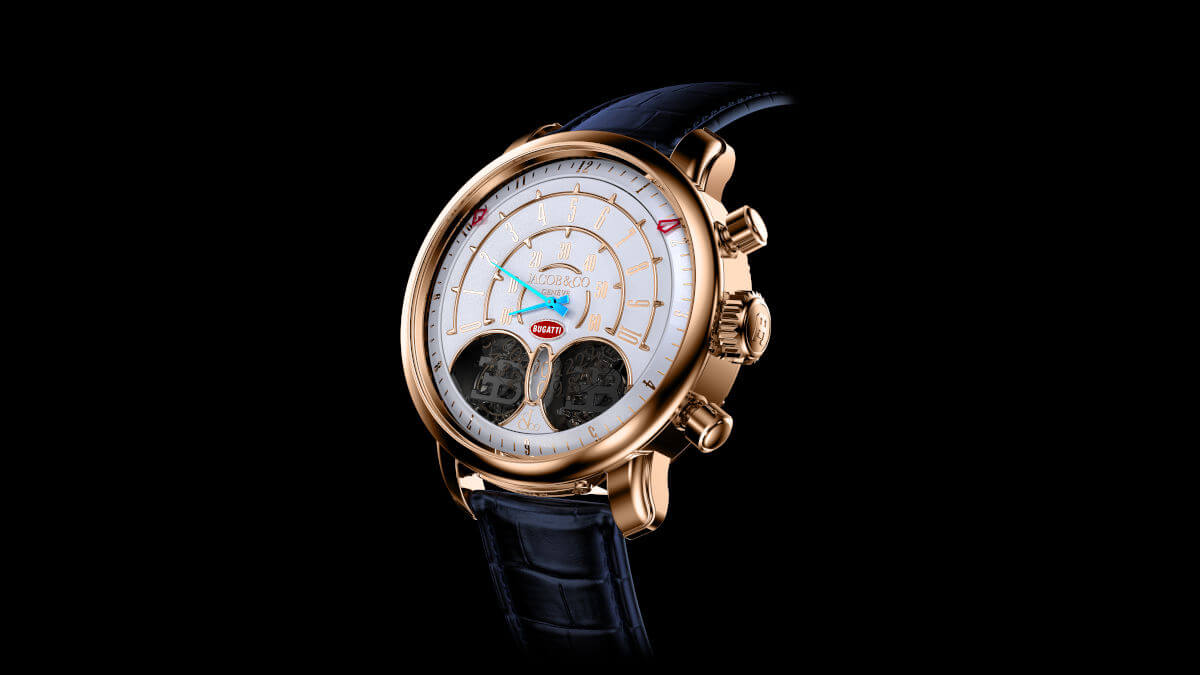 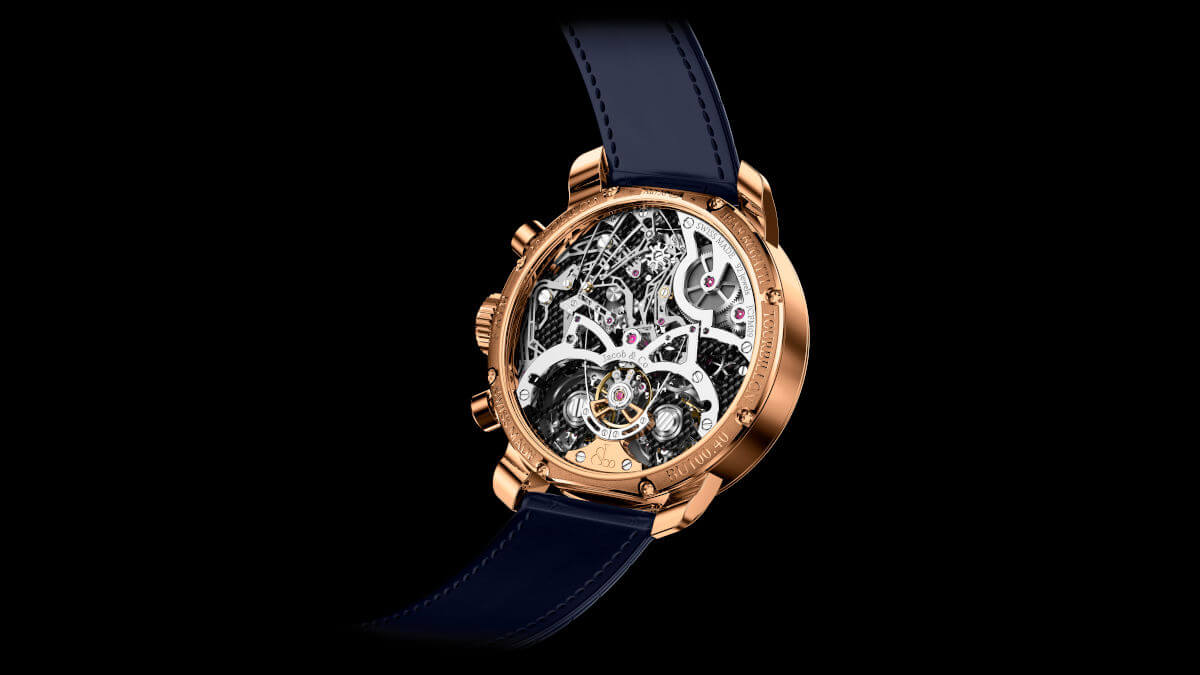 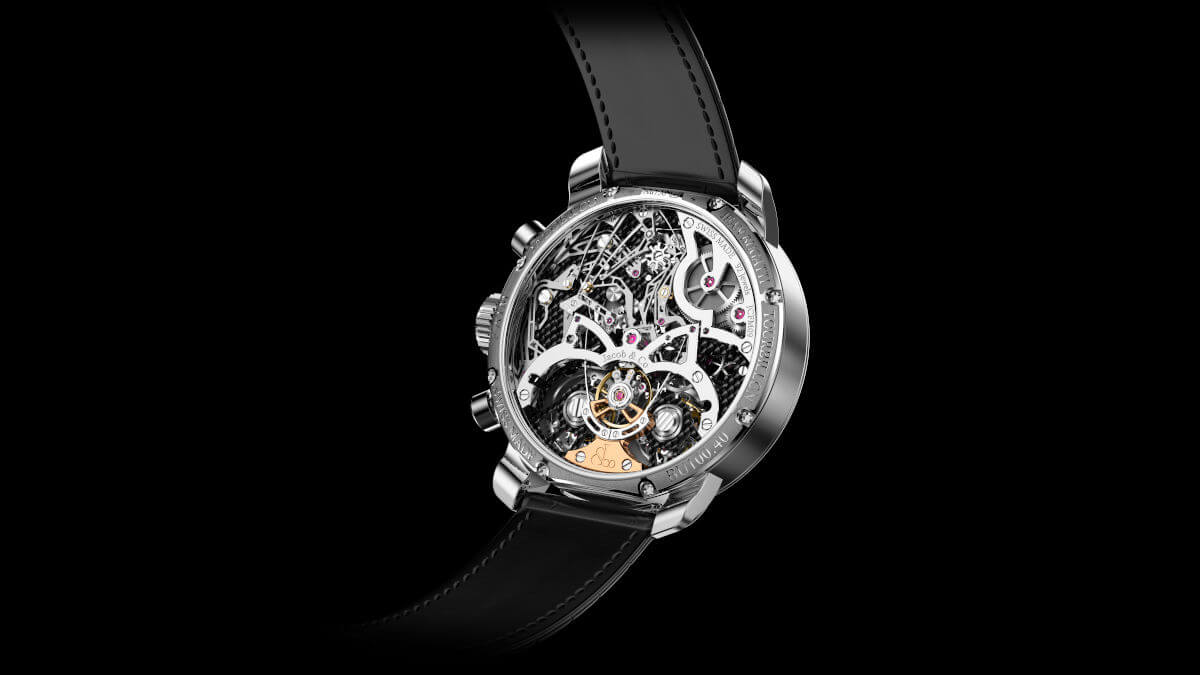 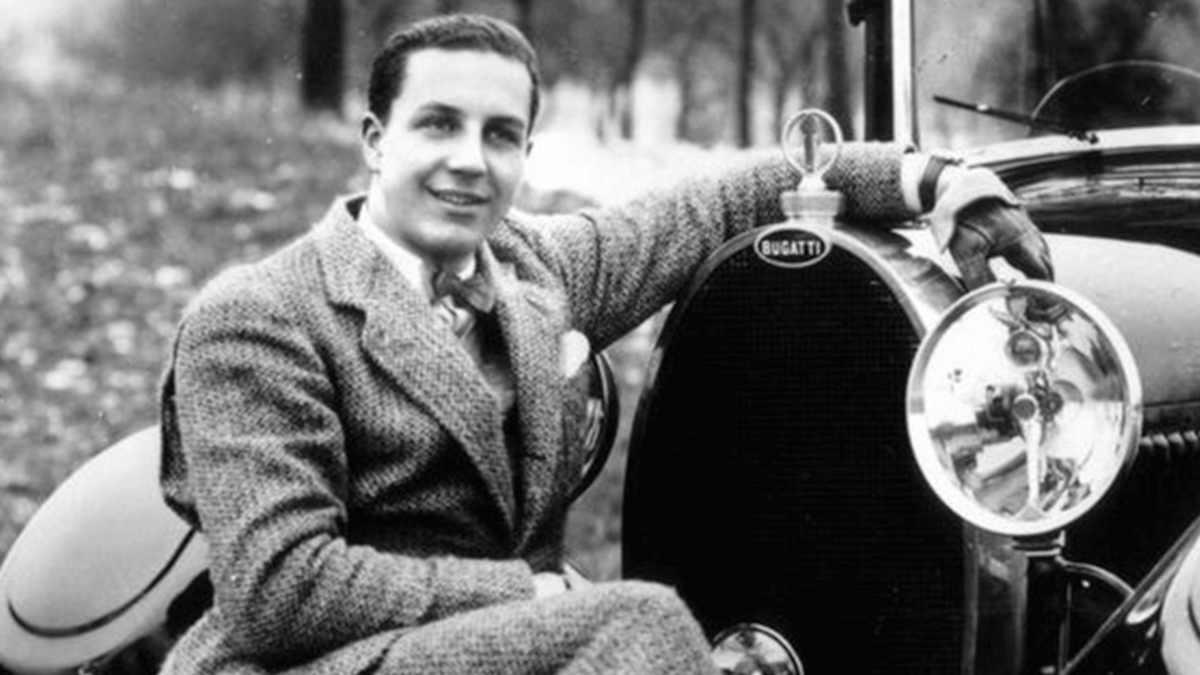 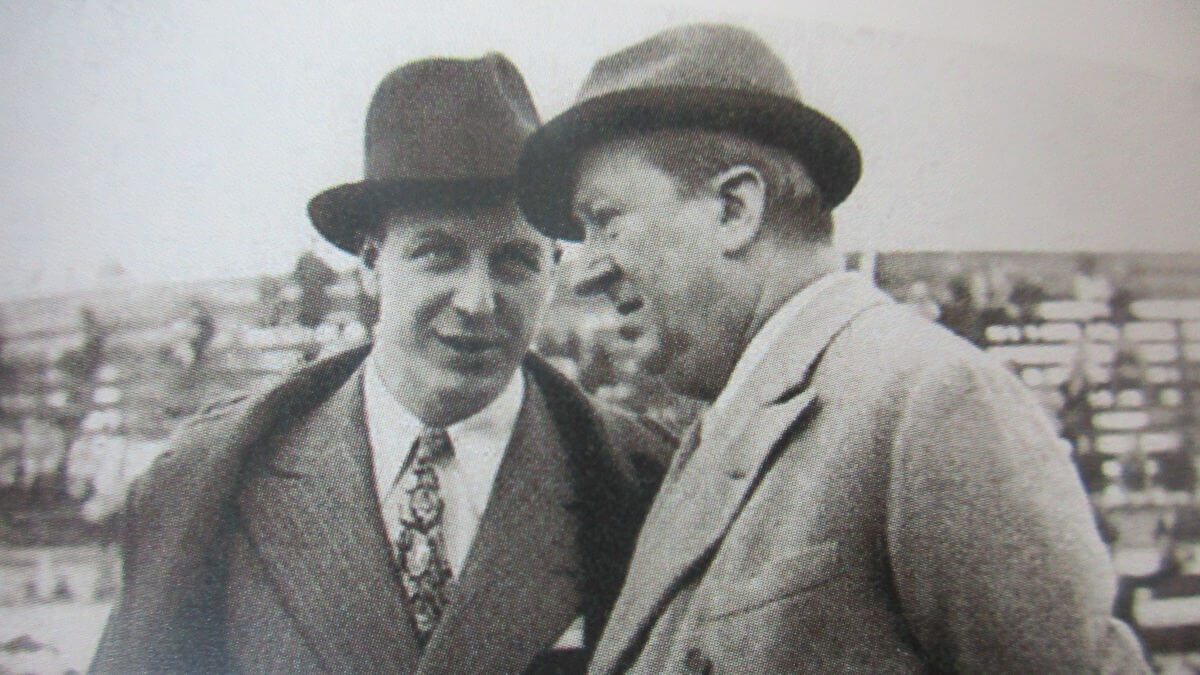 The new wristwatch from Jacob & Co may now be regarded as a tribute to this design genius. It features a multitude of sophisticated complications and a total of more than 470 individual parts. Nevertheless, the watch is filigree and thin in its design. The three-dimensional design of the movement is revealed by the transparent case back. Measuring just 46 millimeters in diameter, with a round bezel and mushroom-shaped push buttons, the case is available in either white gold or rose gold. While one version has silver hands and numerals against a blue dial, the other gets blue hands and gold numerals on a white background. In the lower part there are two openings, behind which one-minute tourbillons can be seen. In total, only 57 copies of the Jacob & Co x Jean Bugatti are created.