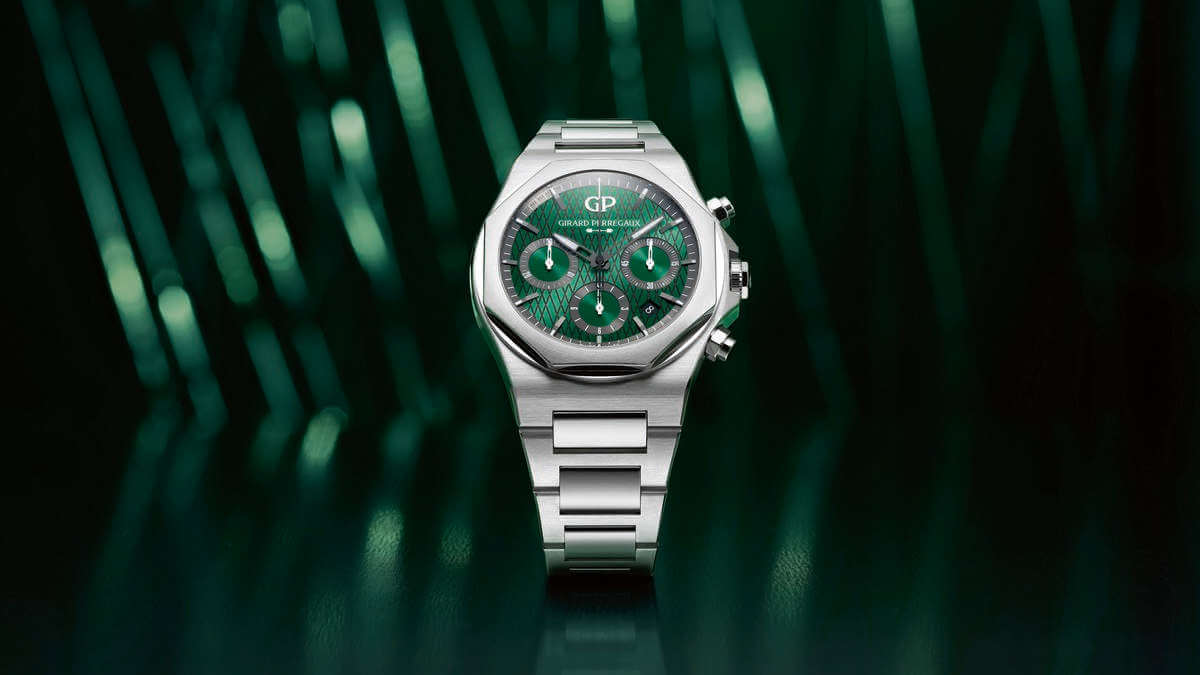 From the cooperation between the sports car brand Aston Martin and the watch manufacturer Girard-Perregaux reaches us the new Laureato Chronograph in the Aston Martin Edition. For the dial’s color scheme, the Swiss watch brand clearly took its cue from the legendary colors given to racing teams in the early 1900s, depending on their country of origin. Aston Martin, as a British team, would have been given a rich dark green back then, the well known “British Racing Green”. However, Aston Martin’s first international races with the factory team date from after World War 2. Nevertheless, green was chosen as the paint color for the DBR1, which won the 24 Hours of Le Mans in 1959. The British company’s current Formula 1 race car also features this color. In keeping with this, the dial is also painted in “Aston Martin Green”, a seven-layer lacquer that is painstakingly applied by hand. This is complemented by cross-hatching, as found on the first AM logo from 1921 to 1926. 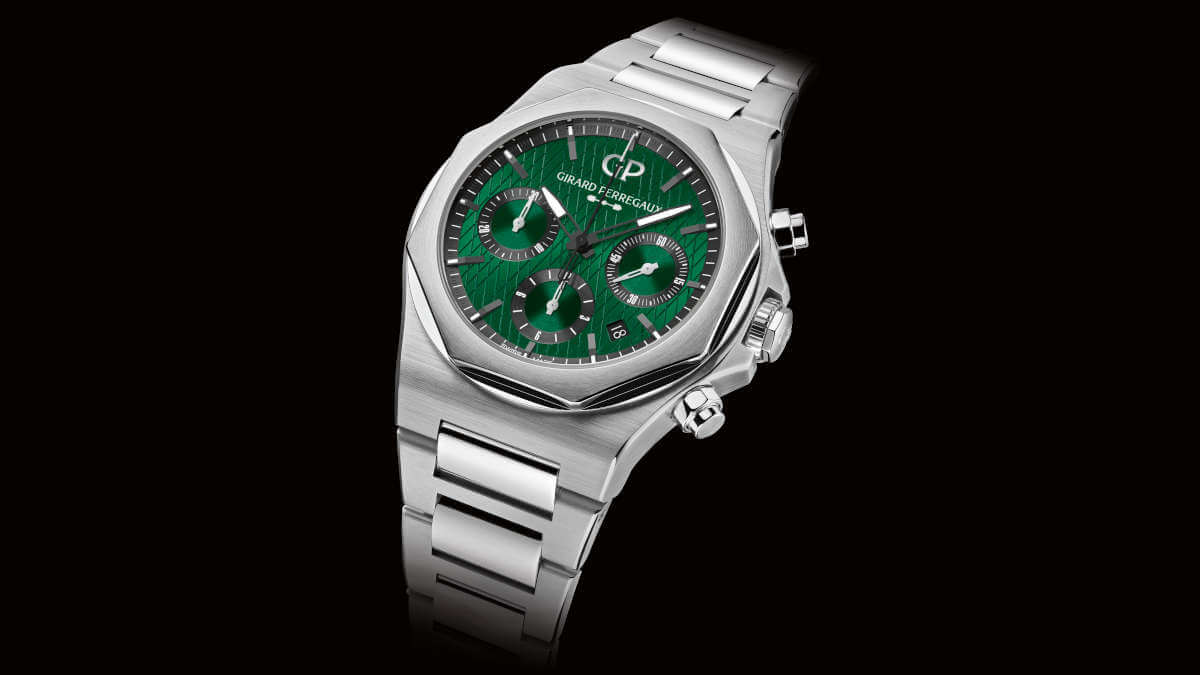 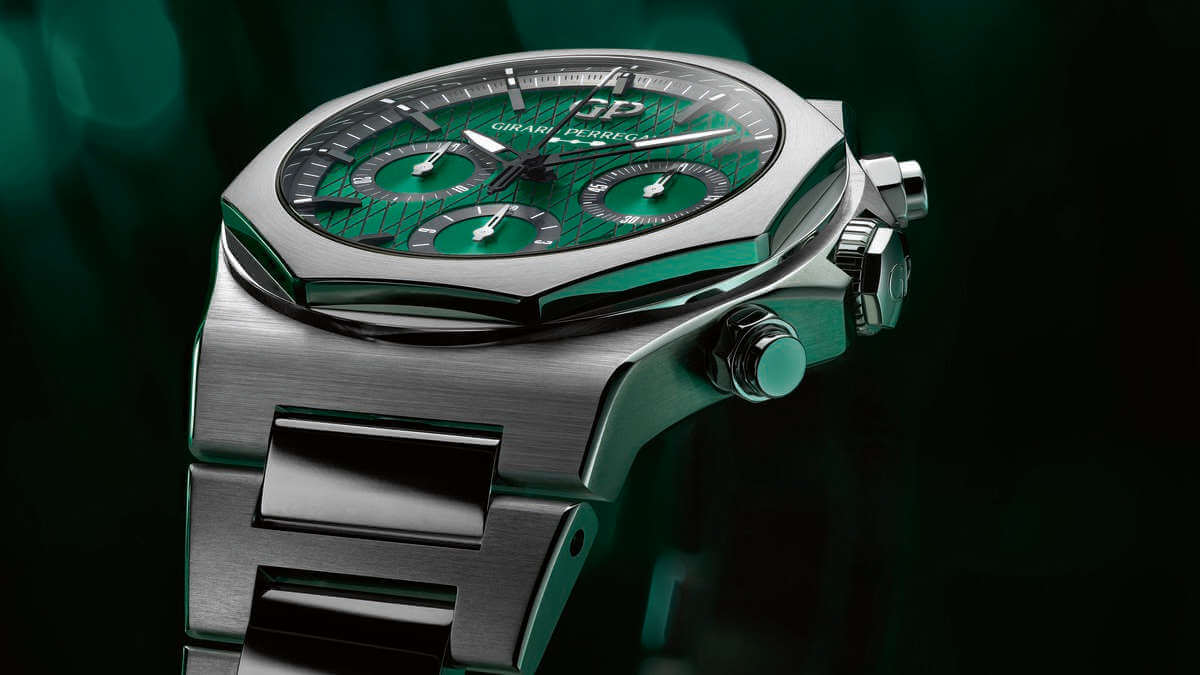 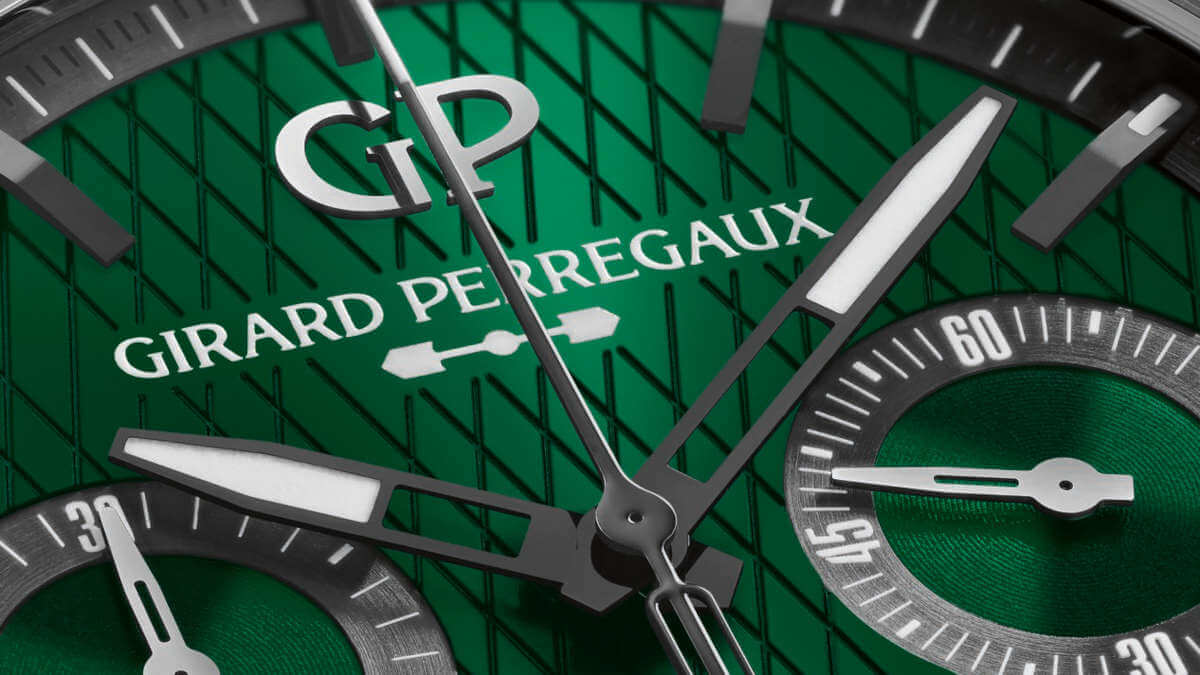 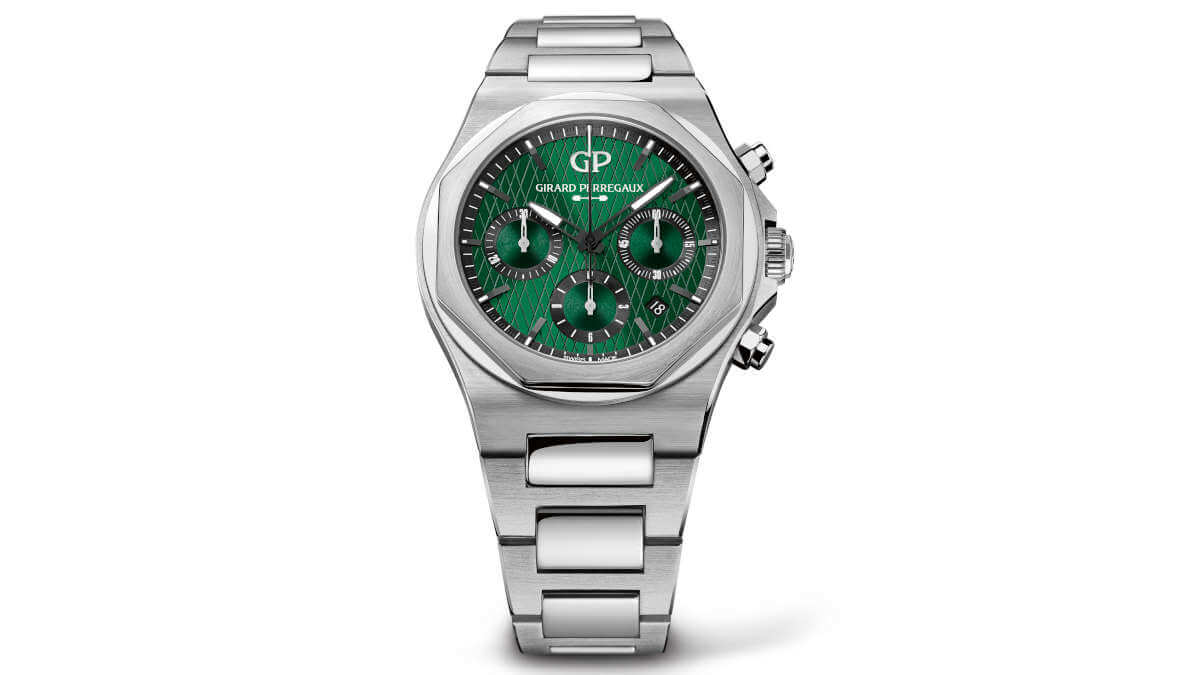 In addition to the main time display, there are three other circular displays on the dial. While one of them carries an additional second hand, the other two belong to the chronograph’s stopwatch. The respective hands are partially open, just like the minute and hour hands, and are thus reminiscent of classic speedometer hands. The main seconds hand also features a counterweight, the shape of which was inspired by the side air vents of the Aston Martin DB4. At the 4:30 level sits the day indicator. For the shape of the case, Girard-Perregaux harkens back to the 1975 Laureato. For the first time, this model gets a sapphire crystal bottom, through which you can see the Calibre GP03300-0141 automatic movement. In total, only 188 units are created, which can be ordered now from any Girard-Perregaux distributor.