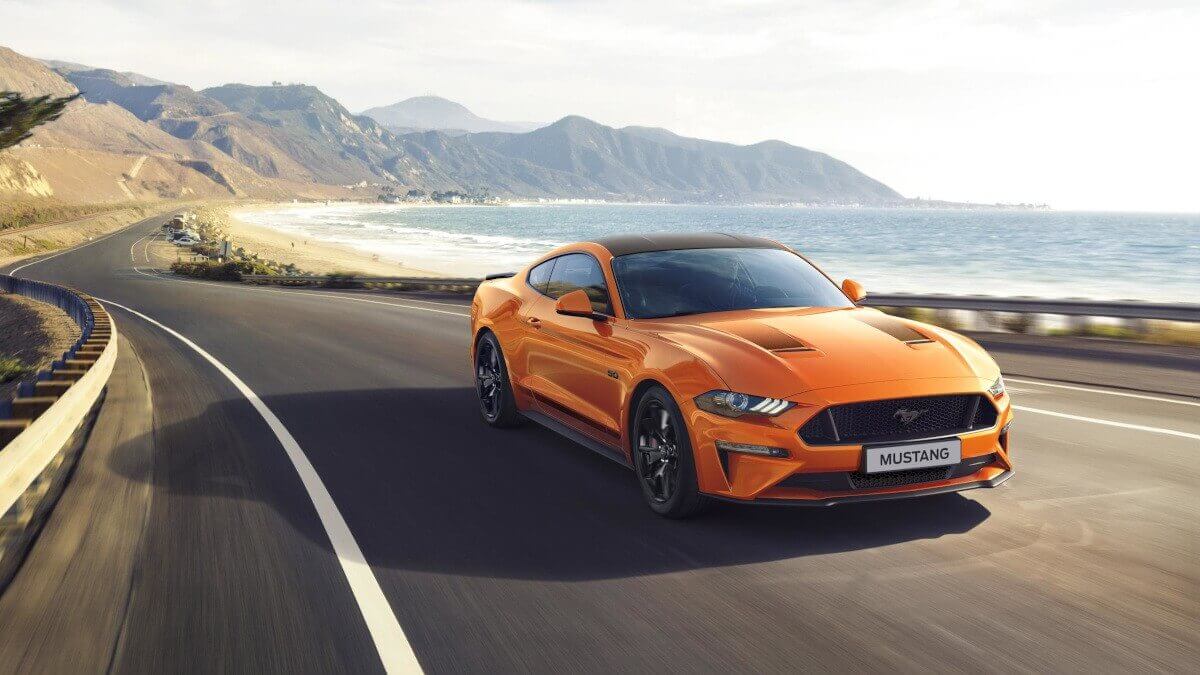 The legendary Ford Mustang celebrates its 55th anniversary in 2019. Although this sports car hasn’t always been offered officially in Europe, Ford is now making European customers in particular a part of this model birthday by offering the Mustang55 as an exclusive special edition model. It is based on the Mustang GT with its five-liter V8 engine delivering 331 kW/450 hp. Interested parties can choose between the Coupé or Convertible body. They also have the choice between the manual six-speed transmission or the ten-speed automatic.

Ford also extended the color palette for all Mustang derivatives to include the ‘Iconic Silver’, ‘Lucid Red’, ‘Grabber Green’ and ‘Twister Orange’ paint colors. The Mustang55 Coupé has a black painted roof, thile the Convertible has a black soft top. On the striking bonnet there are two black decorative stripes from the air outlets to the windscreen and there are also stripes above the sills on the doors (for vehicles painted in ‘Iridium Black’ the stripes are silver). The famous Mustang logo is shown in black in the radiator grille. Also the 19-inch lightweight alloy wheels are black. 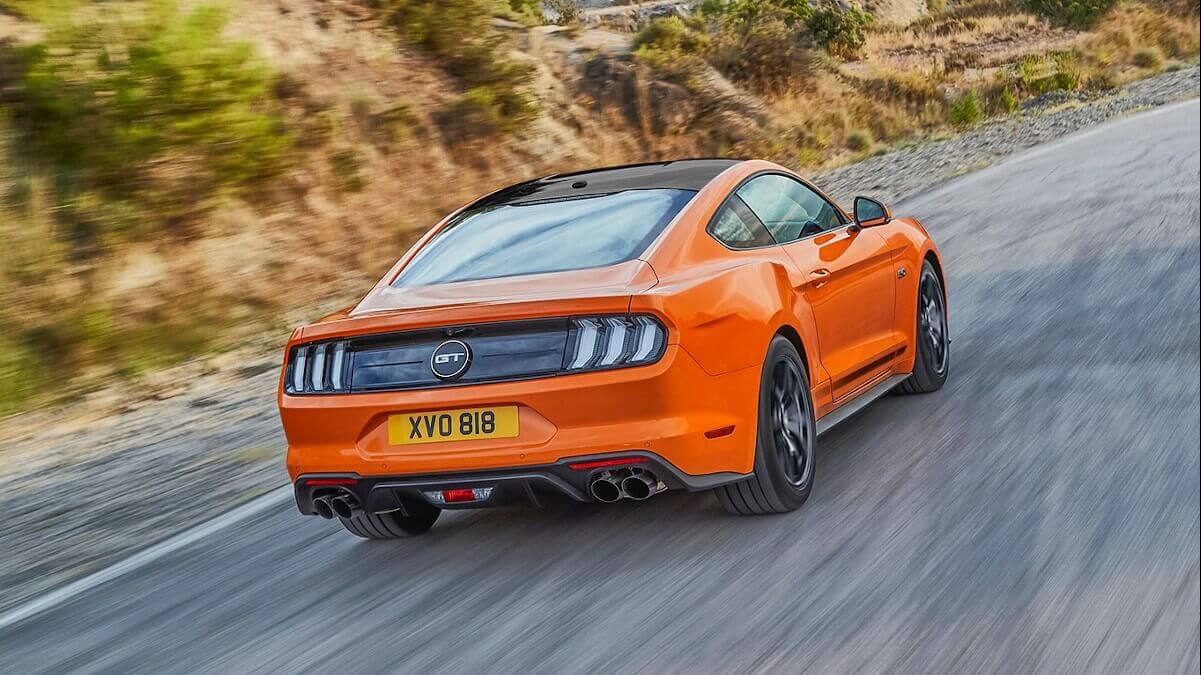 Inside, carbon fiber effects are used on the dashboard trim. The leather-trimmed center console, the high-quality floor mats and the Alcantara upholstered seats show grey stitchings. The shift lever of the manual version differs optically from the automatic selector lever, but both are designed in the exclusive Mustang55 look. The standard equipment of the special edition model also includes coolable and heatable front seats, the SYNC3 connectivity system with voice control, a DAB+ radio including a Bang & Olufsen sound system with 12 speakers and the FordPass Connect-On-Board modem with its own wifi hotspot, via which up to ten terminals can be logged on to the internet while driving. Ford hasn’t yet given any details on the prices.