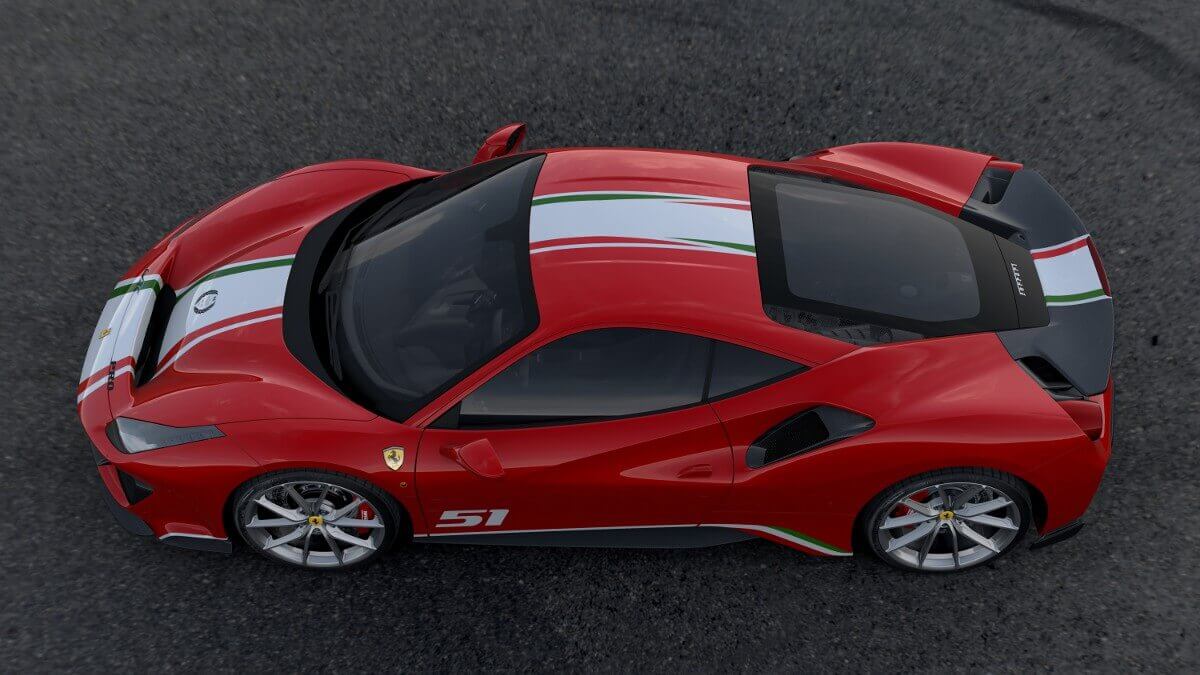 Last year, racing team AF Corse won the FIA ​​World Endurance Championship (WEC) both as driver and constructors with a Ferrari 488 GTE and drivers Alessandro Pier Guidi and James Calado. Ferrari is using this and other motorsport successes as an opportunity to offer the participating drivers the exclusive equipment line ‘Piloti Ferrari’ for the new Ferrari 488 Pista through the in-house Tailor Made customization program. This will be shown on the eve of the legendary endurance race at Le Mans.

The livery of the body is clearly based on the look of AF Corse racing cars – especially if the owner decides to use ‘Rosso Corsa’ (red) as the base color. There are also ‘Blu Tour de France’ (blue metallic), ‘Argento Nürburgring’ (silver) and ‘Nero Daytona’ (black metallic) to choose from. Central to the entire vehicle is a wide stripe, which is ajar against the Italian tricolor. In the center of the front hood is a laurel wreath as a sign of the won championships, below the air passage you will find the logo of the WEC and a Pro lettering as an indication of the GTE Pro class, in which AF Corse became champion. On the bottom of the doors is a start number, which can be customized by each customer. The presentation vehicle shows the victorious ’51’ of last year. While the S-Duct was painted in matte black, the ventilation surround and dovetail rear spoiler show visible carbon fiber. 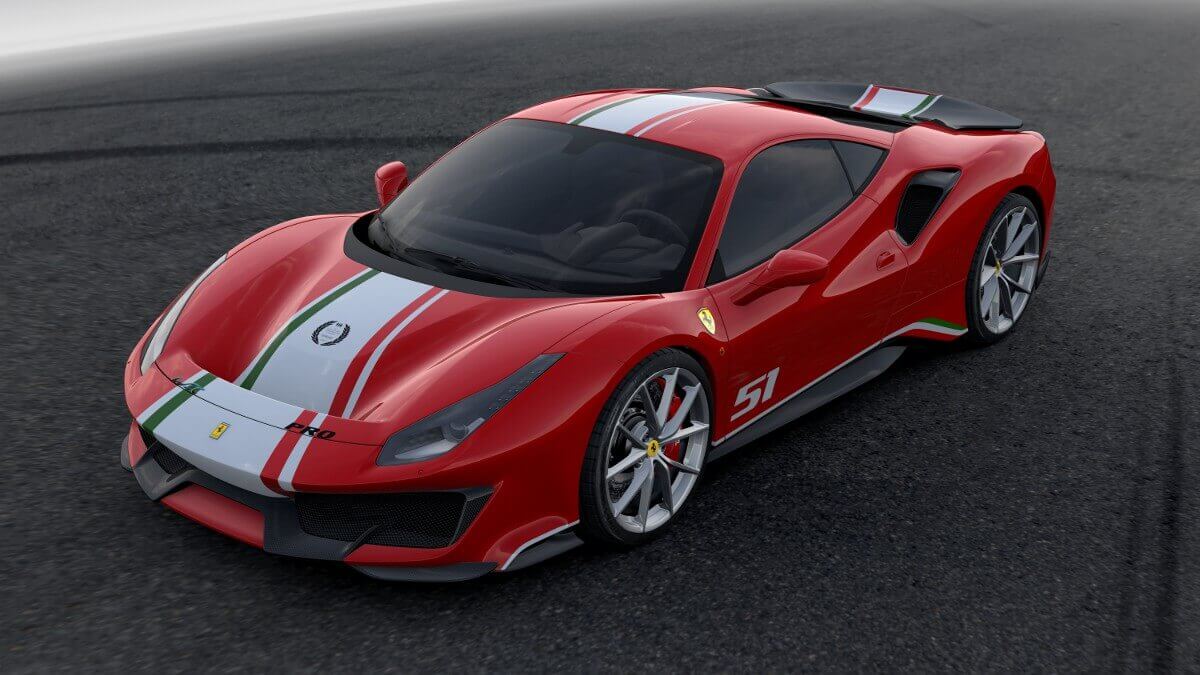 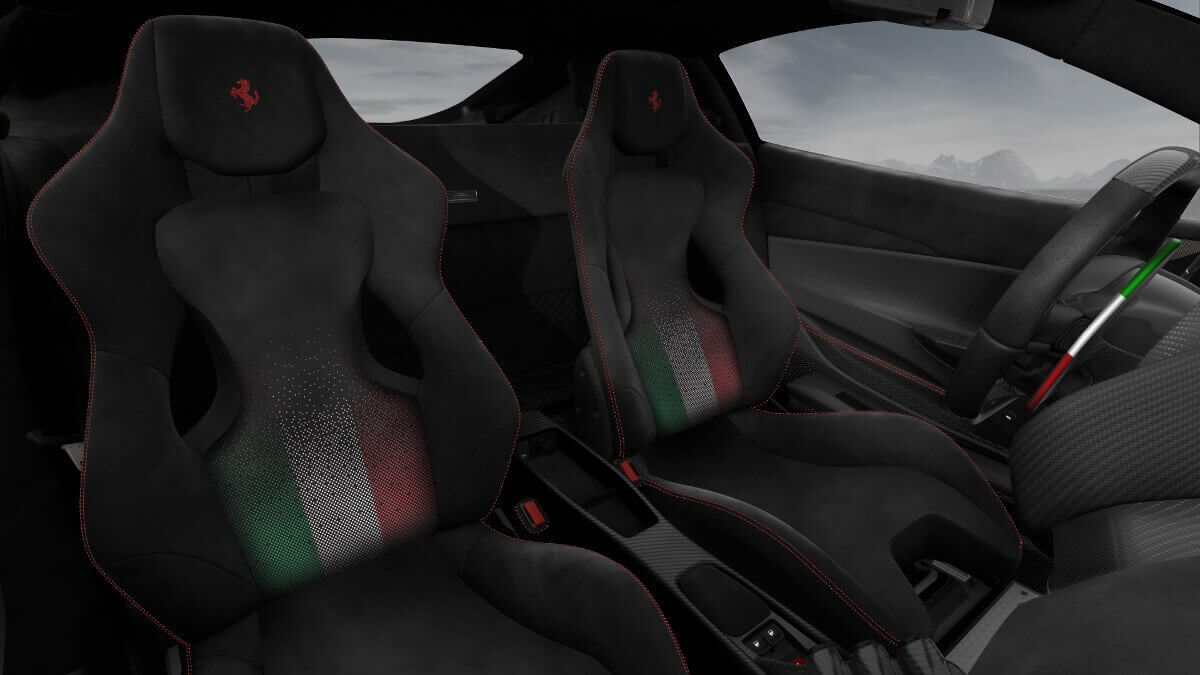 Inside, black Alcantara and red stitches characterize the look. The Alcantara is perforated on the seat center panels, revealing the underlying fabric in the colors of the Italian flag. The large paddle shifters and the bezels of the buttons on the ‘bridge’ on the center tunnel also show themselves in Italian colors. The race number chosen for the outside is also found on the steering wheel. In addition there is matte bare carbon and side skirts from Tailor Made.

Behind the passengers remains the 3.9-liter V8 biturbo engine with 530 kW/720 hp and 770 newtonmeters of torque. Thanks to the higher performance and a weight reduction of 90 kilograms compared to the normal 488 GTB, the 488 Pista speed up to 100 kph in 2.85 seconds and reaches more than 340 kph top speed.