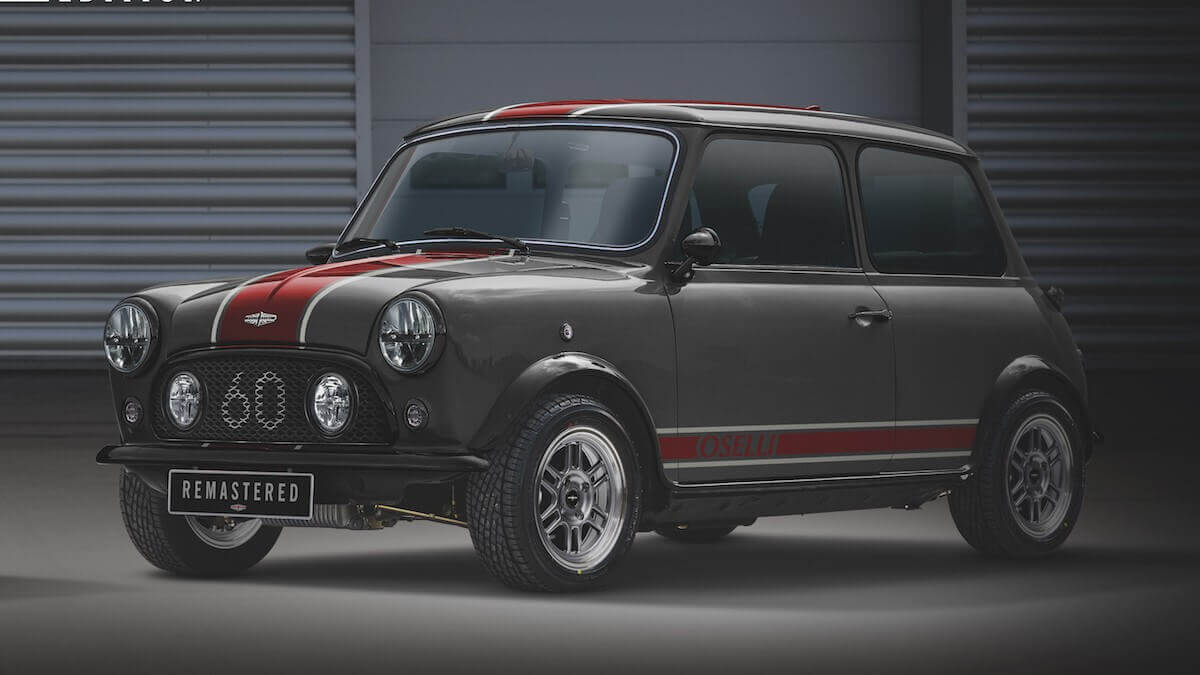 The legendary Mini first rolled onto the roads 60 years ago. Since the production of the original version came to an end in 2000, fans all over the world have been devoted to their classics. David Brown Automotive finally presented a modern interpretation – the Mini Remastered – last year, for which the small manufacturer based at the Formula 1 race track in Silverstone deliberately uses classic Mini of the final construction phase with 1.3-liter four-cylinder engine. The Mini Remastered is now making its debut in the limited Oselli Edition on the occasion of the round anniversary. As the name suggests, this special edition model is produced in cooperation with the world-famous classic car tuner Oselli, which increases the engine of the tiny car to 1,420 cubic centimeters. Together with the other improvements to the ‘Stage 3’, the engine finally delivers more than 100 hp. The air intake and exhaust system were also adapted to this higher performance. The power is transmitted to the front wheels via a upgraded five-speed manual transmission.

David Brown Automotive refines the chassis with adjustable shock absorbers from SPAX, larger disc brakes and four-piston brake calipers at the front and aluminium brake drums at the rear in order to be able to bring the engine power to the street even on winding tracks. In front of the bigger brakes are 13-inch big and 7-inch wide Enkei alloy wheels, painted in gold or silver. For the body of the Mini Remastered Oselli Edition, which David Brown Automotive has freed from the visible rain gutters and connecting seams on the outside, prospective customers can choose between dark grey or off-white in combination with racing stripes and side accents in ‘Crimson’, ‘Royal Blue’ or ‘Racing Green’. The valve cover in the engine bay is also painted with a special badge to match the chosen color of the stripes and a special build plate. The bright work of the original Mini are dark anodised in the Oselli Edition in combination with black fender extensions, door handles and exterior mirrors. Two additional LED headlights are integrated into the grille, between which the respective vehicle number is painted. This can also be found at the rear next to license plate. As with the Speedback Silverstone Edition, a monochrome brand logo of David Brown Automotive is used on the bonnet. 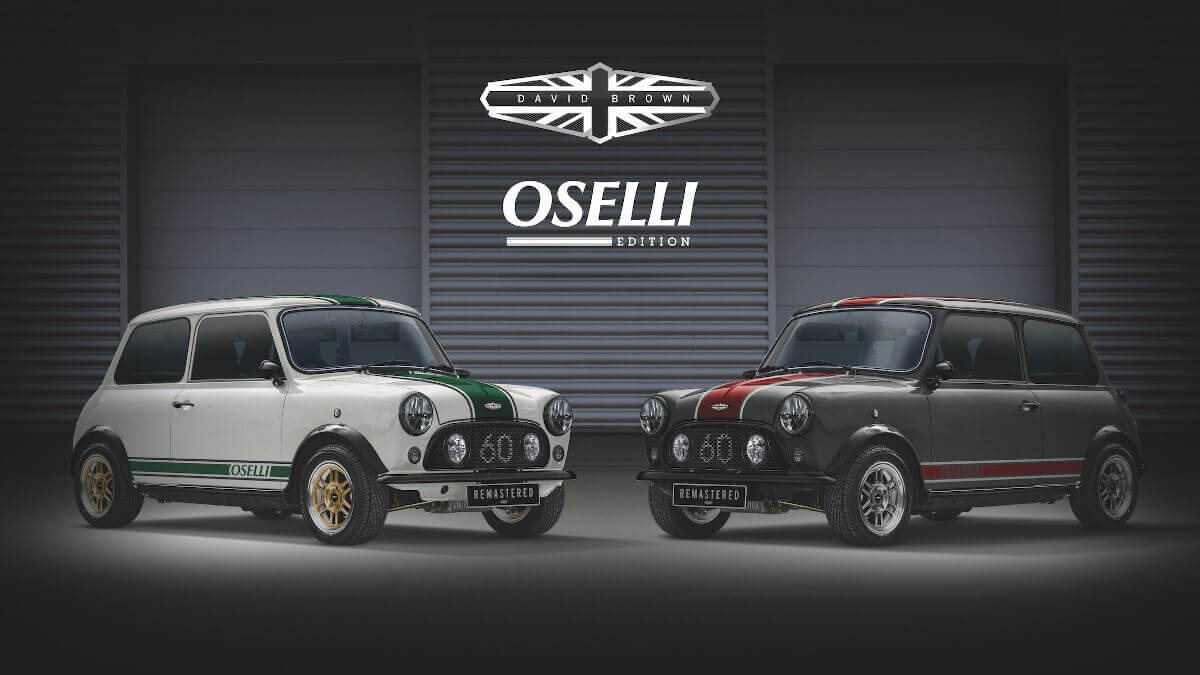 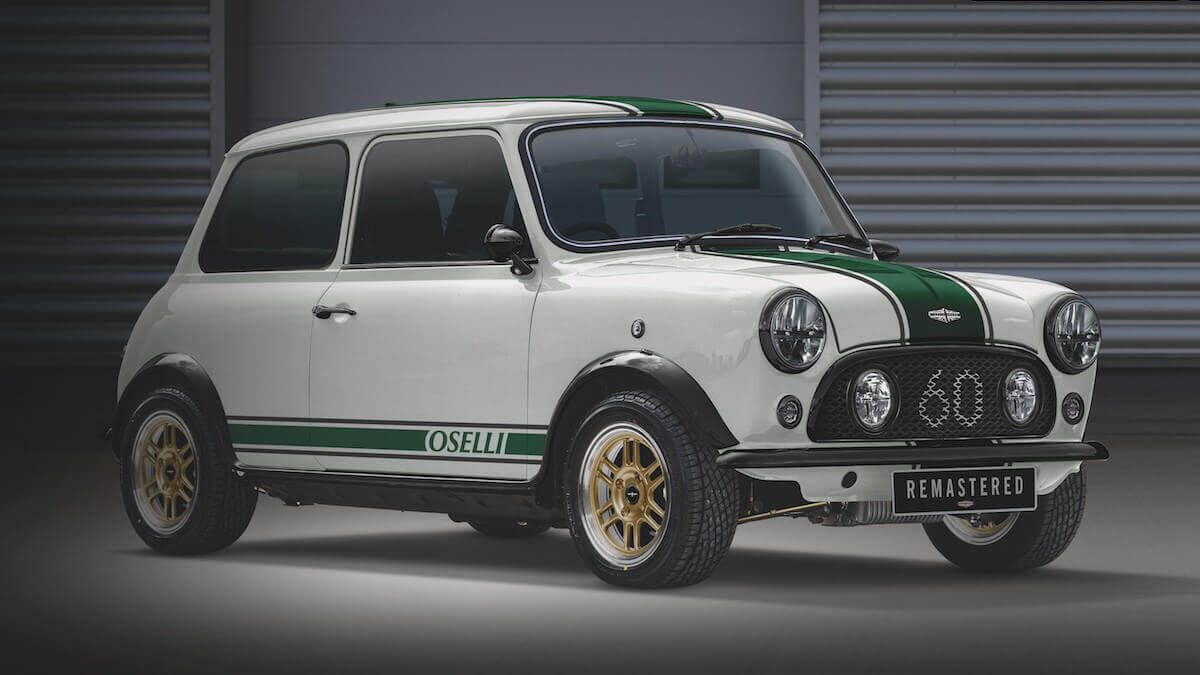 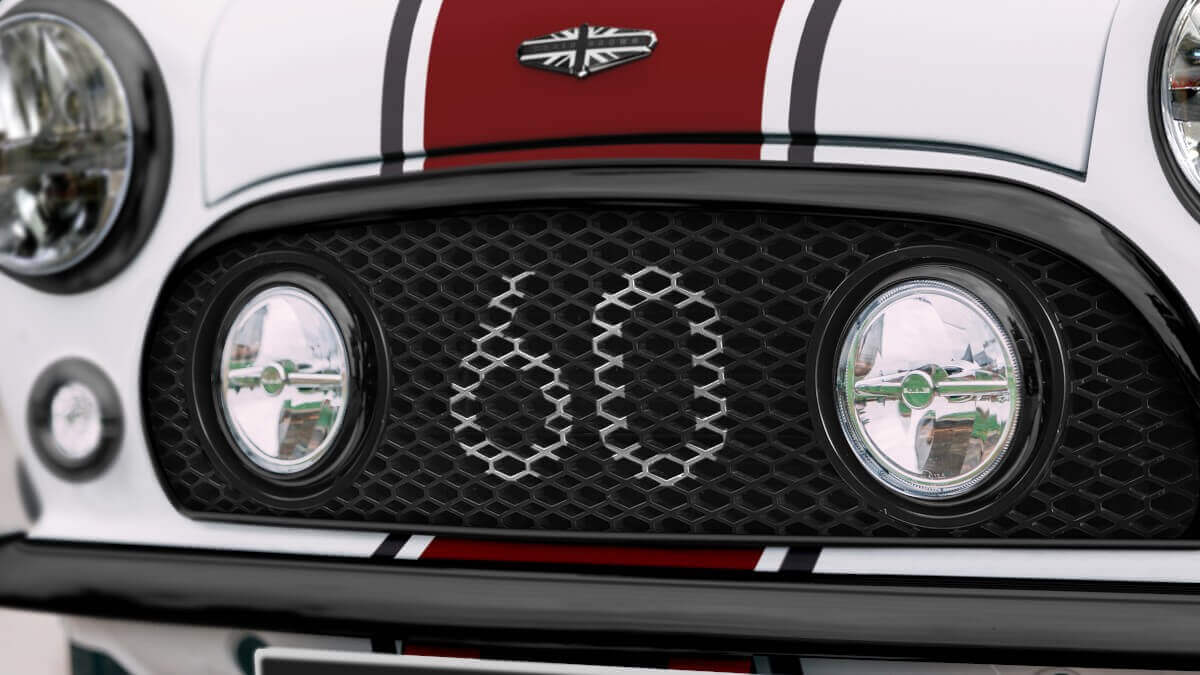 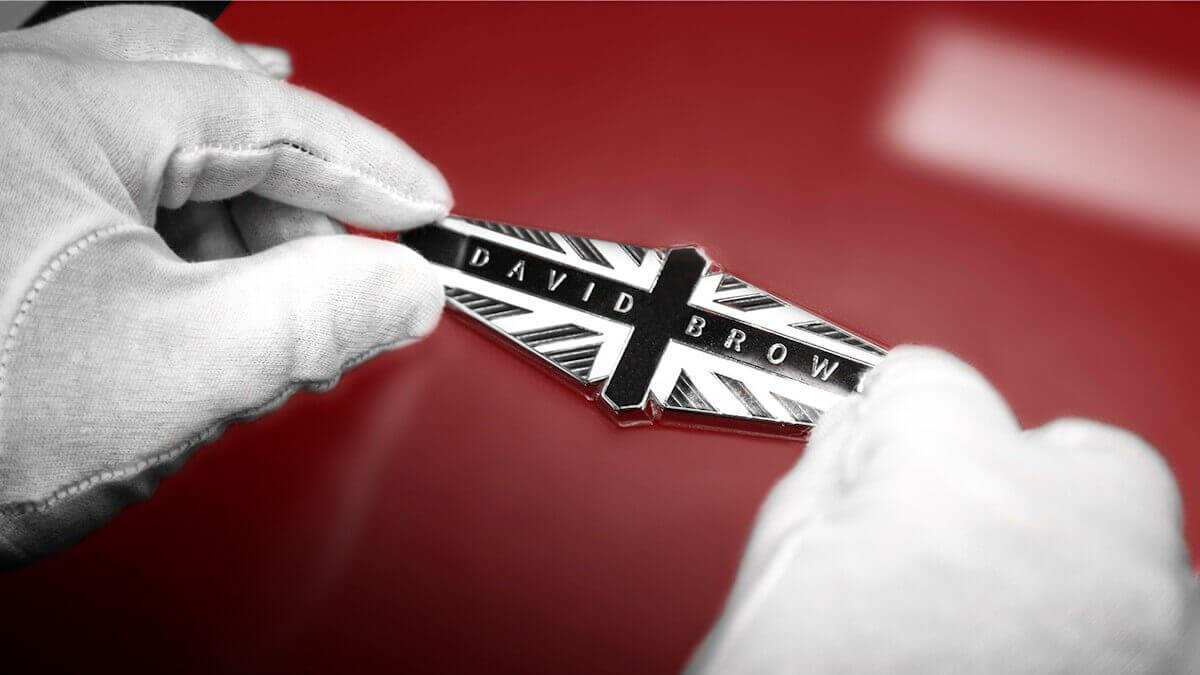 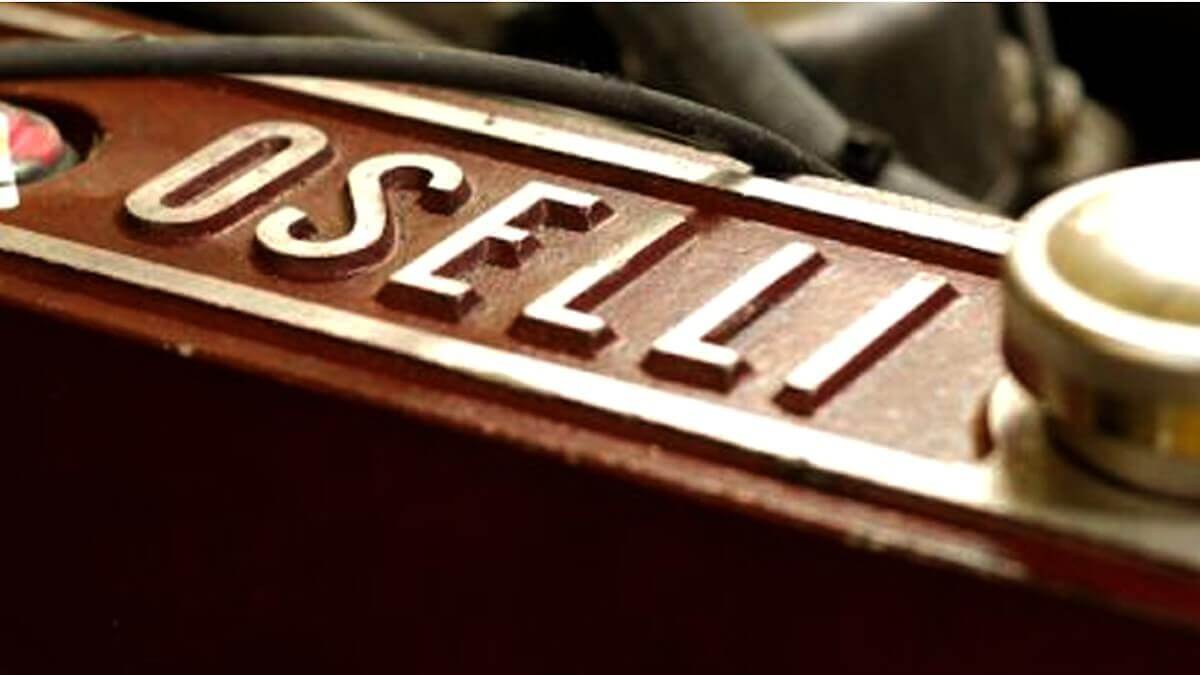 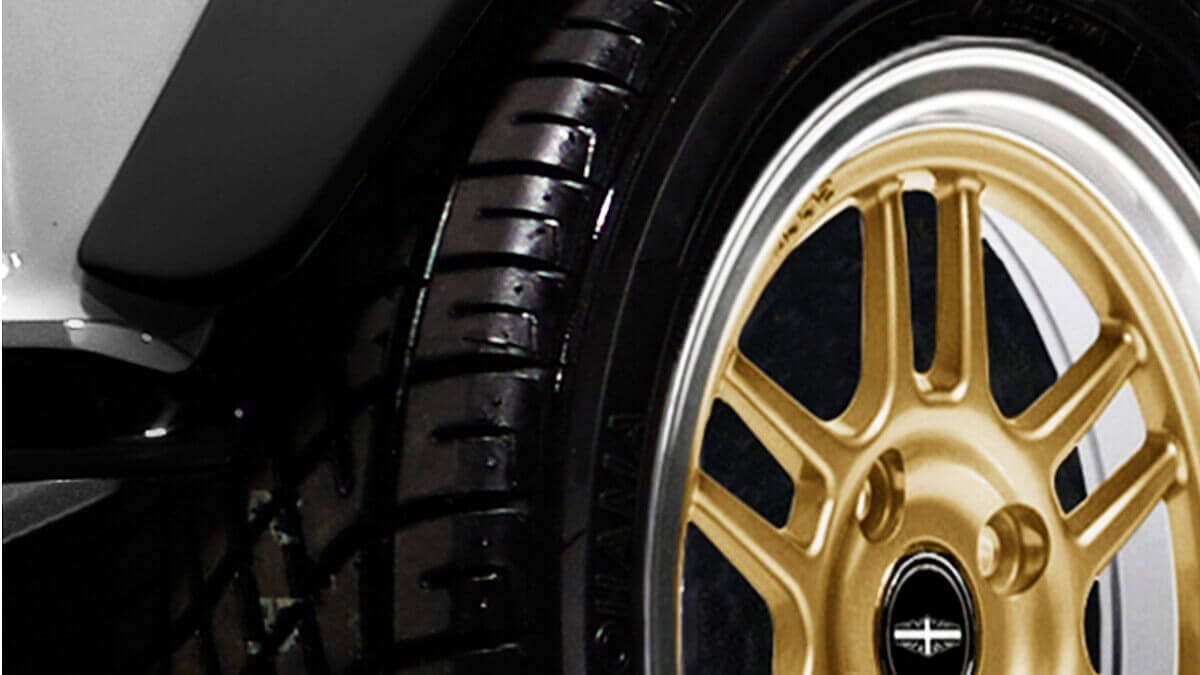 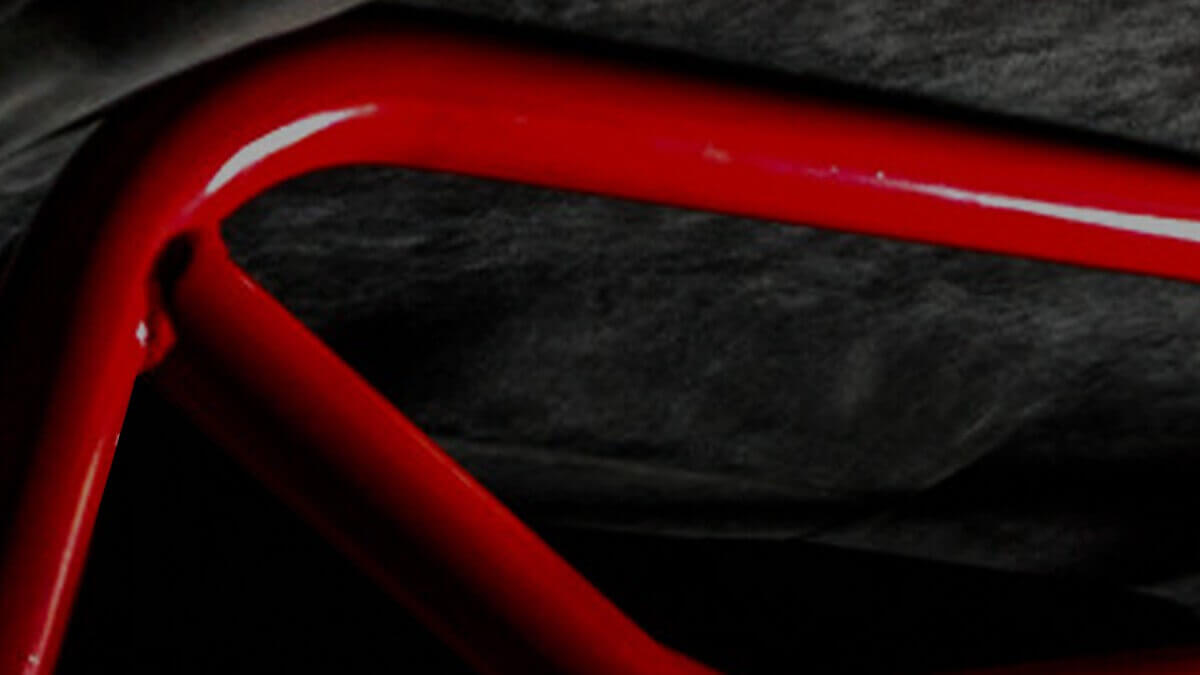 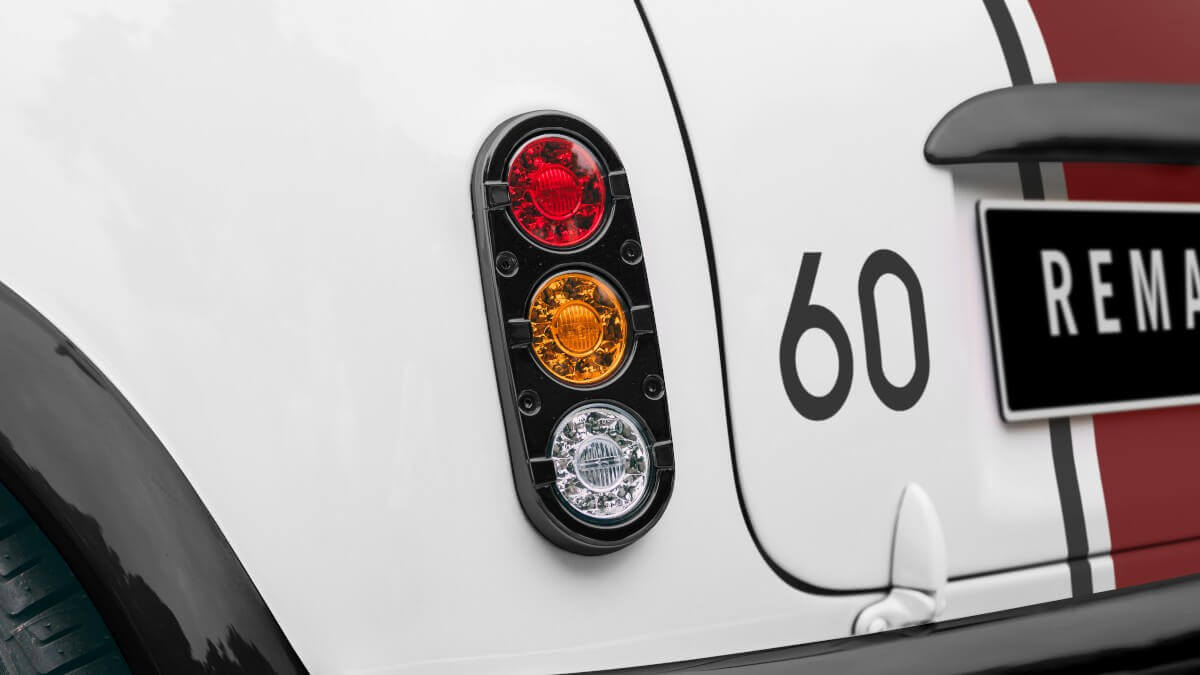 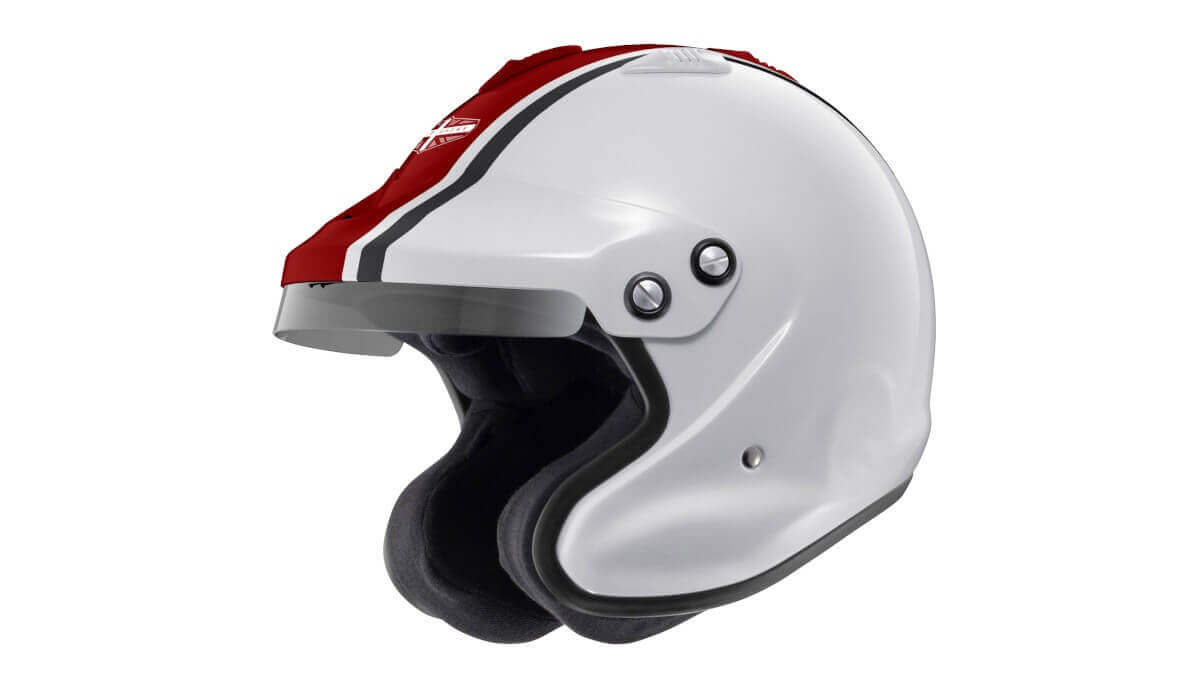 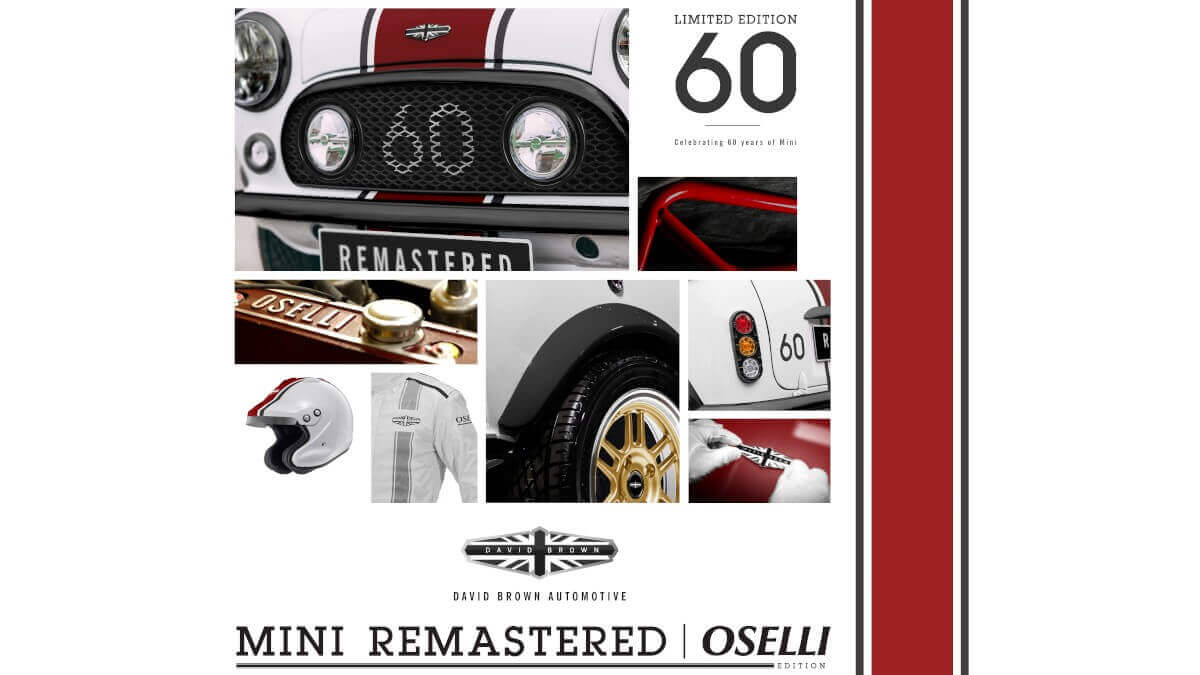 For the interior, customers can choose between the classic four-seater configuration or a pure two-seater with a partially leathered roll cage behind the hand-upholstered bucket seats. Optionally, the vehicle can be ordered with Sabelt four-point harnesses in various colors. The black seat covers, door panels and dashboard are given colored accents in the color of the exterior stripes. The steering wheel is covered with Alcantara. The limitation number of the car can be painted on the glove compartment lid on request.

In addition, customers can purchase tailor-made racing suits and helmets in the same color scheme to match the vehicle in question. In the four-seater version, the David Brown Mini Remastered Oselli Edition costs from £ 98,000, while the two-seater version starts at £ 108,000 (each plus taxes). In total, only 60 copies of the limited edition car will be produced.