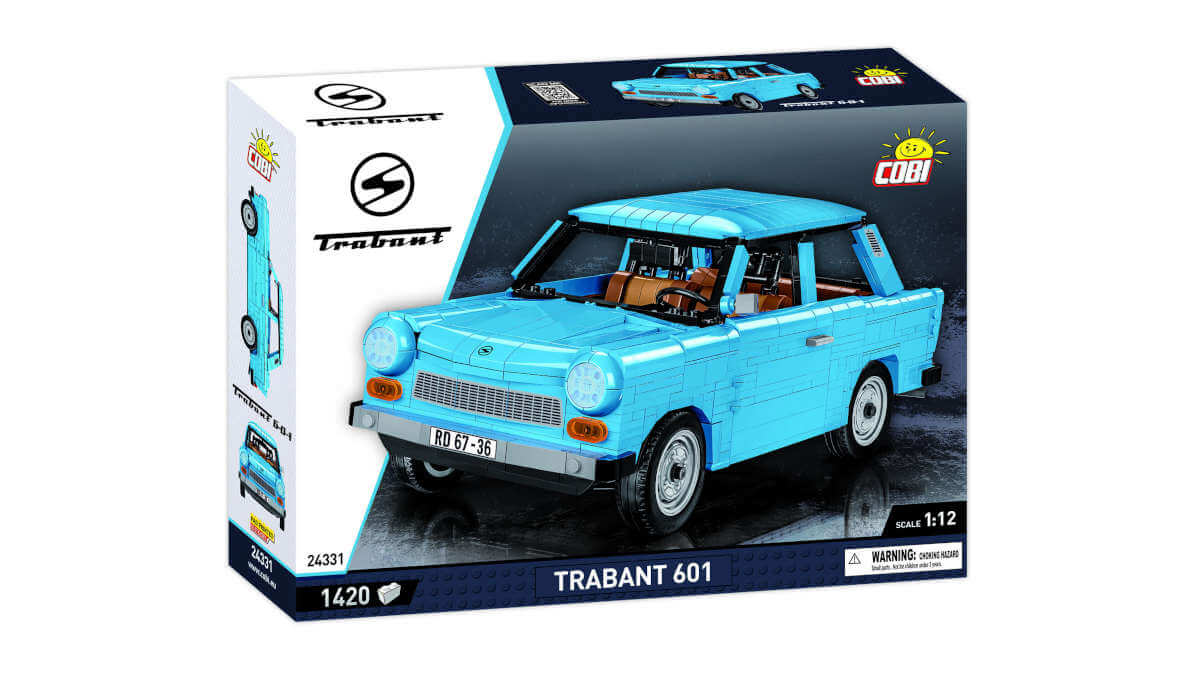 Many toy fans are probably familiar with the Polish brick block manufacturer Cobi Toys, which makes great ship and airplane models. In a small scale, there are also nice car models of Fiat, Abarth, Škoda, Maserati and various vehicles of the Eastern European countries at the time of the Cold War. Now the company is entering a completely new market and will in future also be offering car models in approximately 1:12 scale, which are also made of bricks. The first of these is probably one of the most famous East German cars, the Trabant 601. For this purpose, Cobi acquired the original license from the current trademark holder so that they can apply the corresponding logos to the model. The original 601 was available from 1964 to 1990 with a plastic body as a sedan and a two-door station wagon called Universal. With its small two-stroke engine, the vehicle reached a topspeed of up to 62 mph. 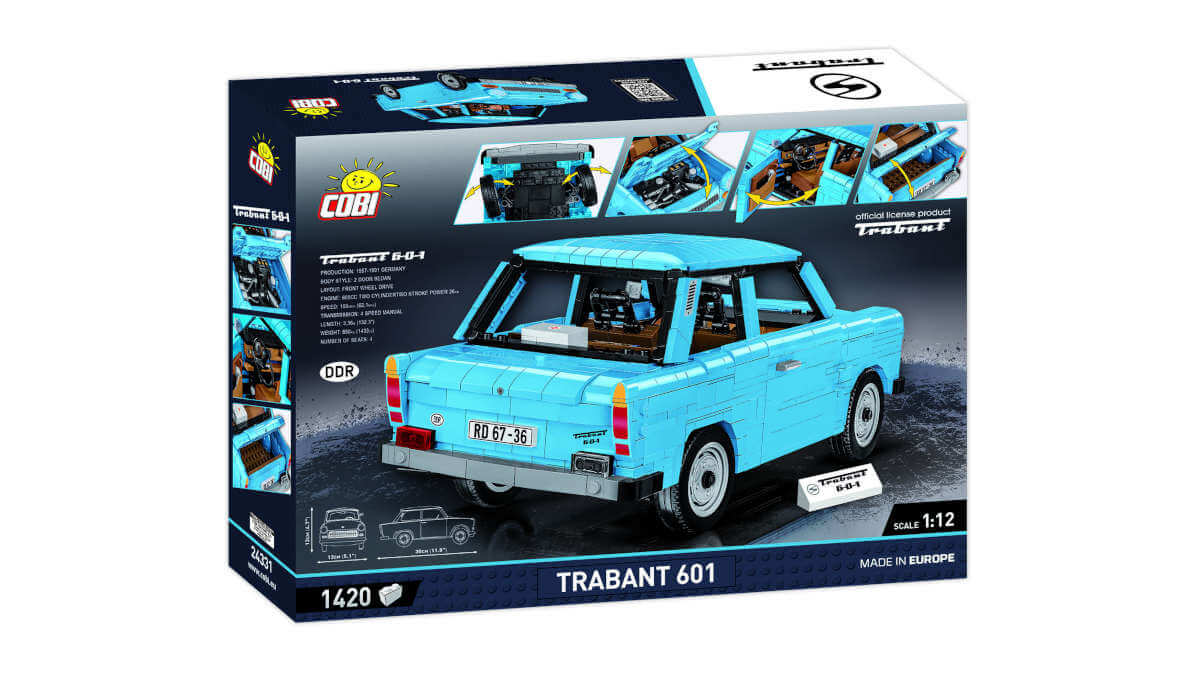 While the original car had up to 18 years of delivery time at times, this shouldn’t happen with the Cobi model. However, the first edition of the 601 S Deluxe in light blue with white roof is limited. This Limited Edition (order number 24330) also receives, in deviation from our product photos, a custom-fit suitcase for the trunk and a pedestal with model inscription. Alternatively, there is the complete blue Trabant 601 (order number 24331). The 1,420 individual parts (1,610 for the Limited Edition) are used to create a vehicle with movable steering and opening doors and hoods. In addition, there is a replica first-aid kit on the parcel shelf. Cobi does without stickers completely, all details are printed on. The Trabant model is available from Cobi’s own web store at a price of € 129.90 plus shipping from Poland. Those who want to save on these shipping costs will soon be able to purchase the Cobi Trabant 601 from local toy stores.