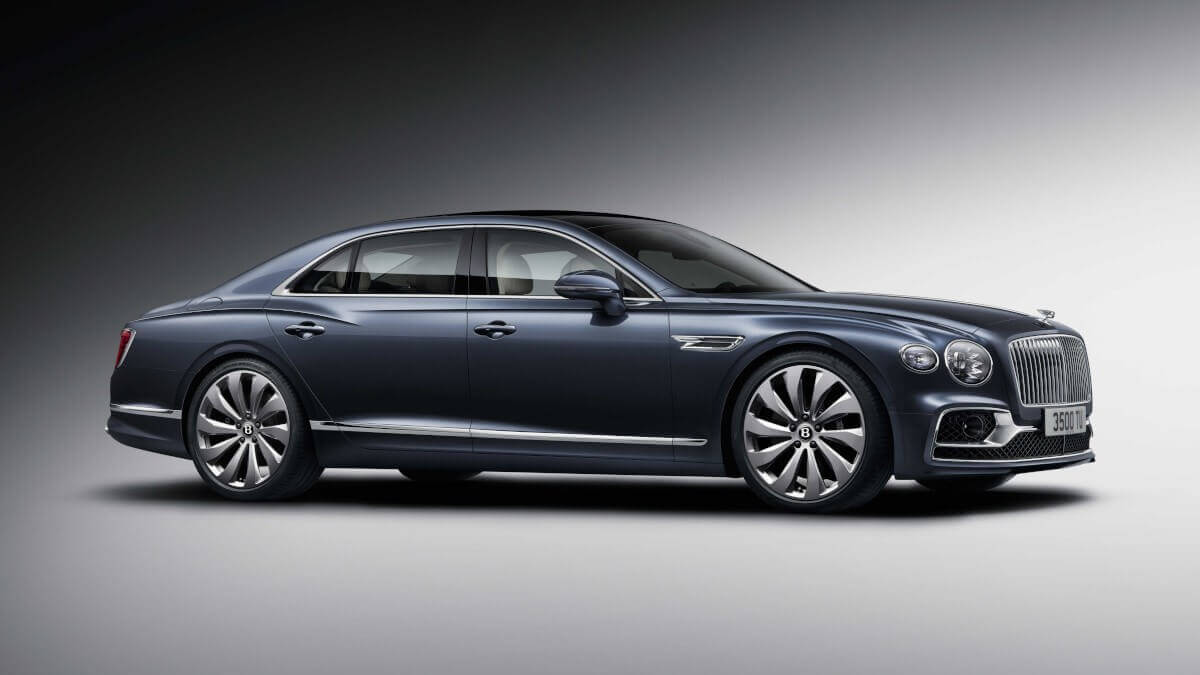 For the third time, Bentley names a luxurious sedan with the traditional name Flying Spur. This was already used in the 1960s for a similar positioned, but much rarer sedan based on the model series S1, S2 and S3 in the more powerful Continental versions. In 2005, the British brand remembered this tradition and named the sedan of the Continental GT as the Continental Flying Spur. In 2013, with the introduction of the second generation, the name part ‘Continental’ was dropped. Right from the start, this model series impresses with Bentley’s accustomed luxury, a W12 biturbo engine and all-wheel drive.

Generation three shows itself in the current, sculptural Bentley design language with muscular proportions. The front end features crystal clear LED matrix headlights with chrome sleeves. At the back the new taillights show a B-motif. The wheel arches are filled with 21-inch wheels as standard, but 22-inch rims are available as well. For the first time, a retractable radiator mascot in the shape of the flying-B is used on the Flying Spur. Upon request, a panoramic glass roof extends over the passengers’ heads. The front part of it can be opened. To exclude unwanted sunlight from the interior, electrically operated Alcantara blinds can be extended whose color scheme adapts to the 15 different colors available for the headliner. In the normal program, there are 17 paint colors to choose from for the bodywork, whereby customers can also specify their own color. 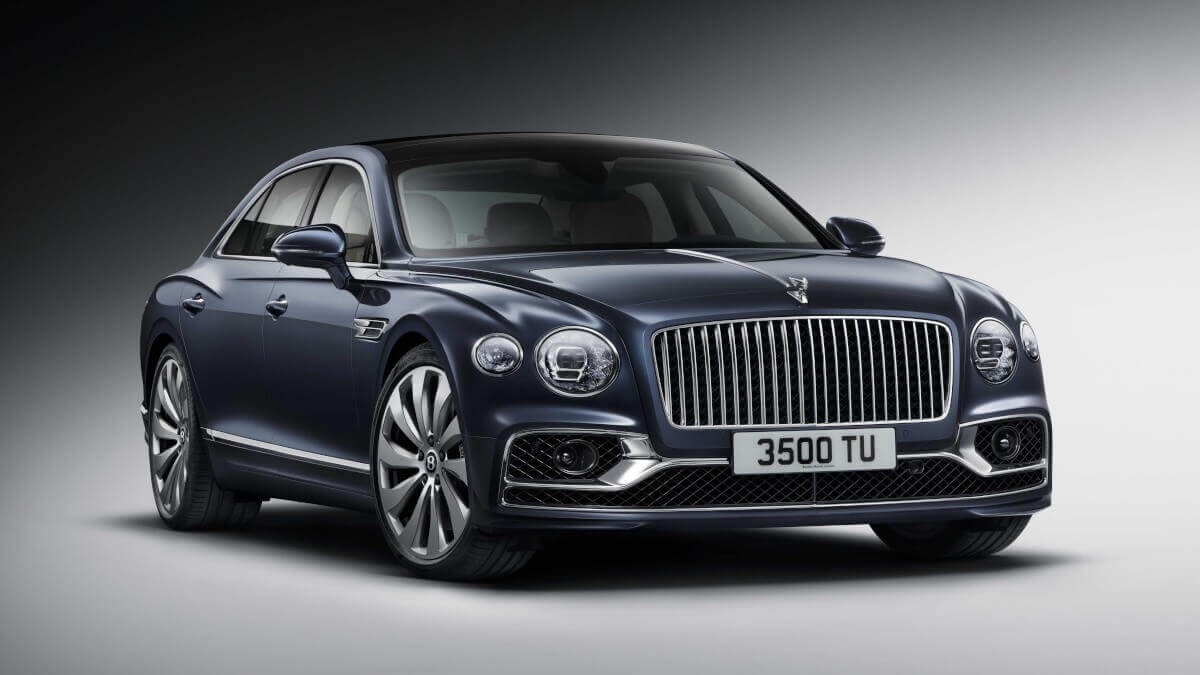 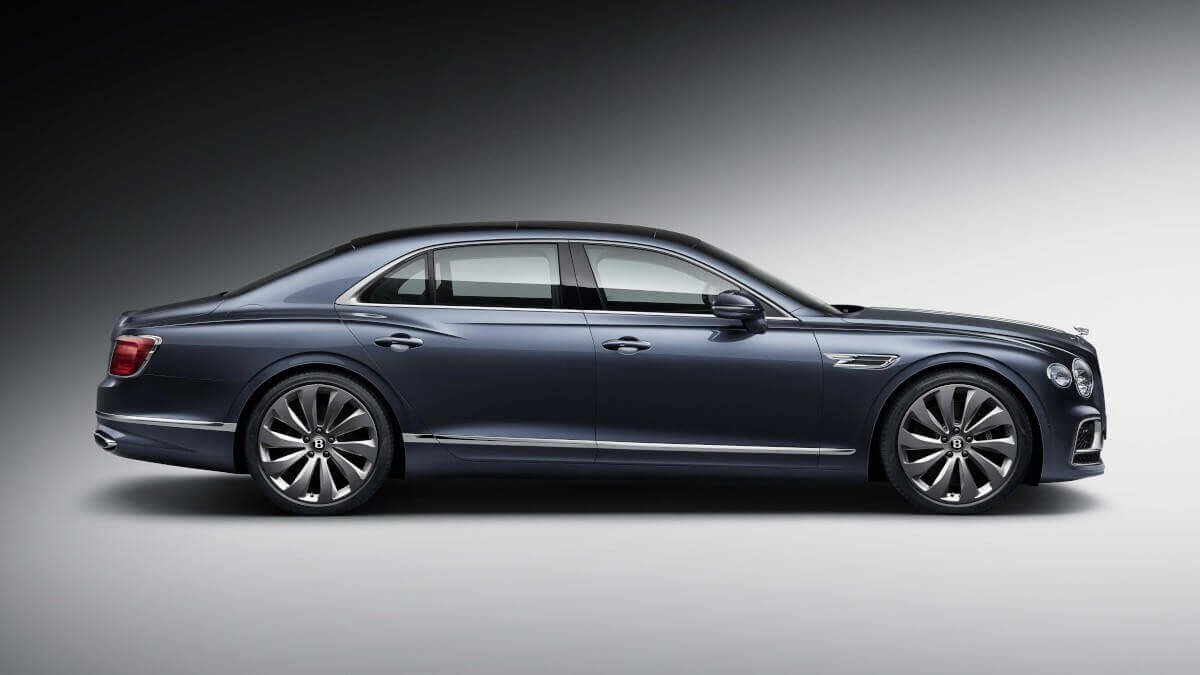 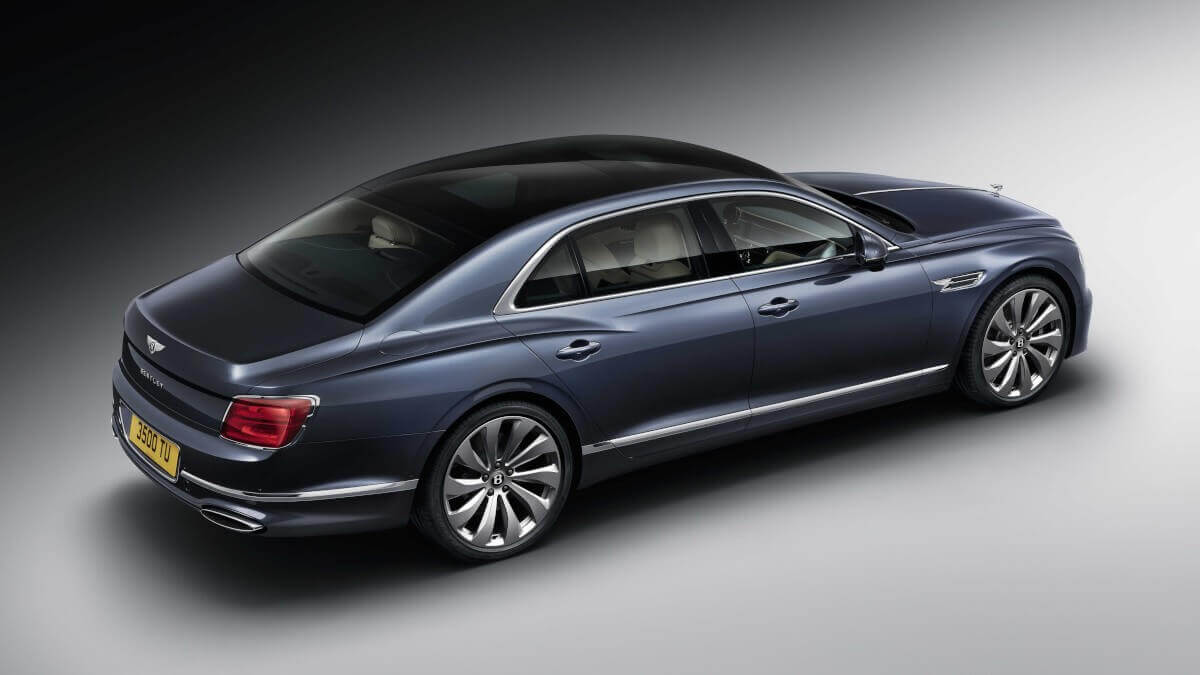 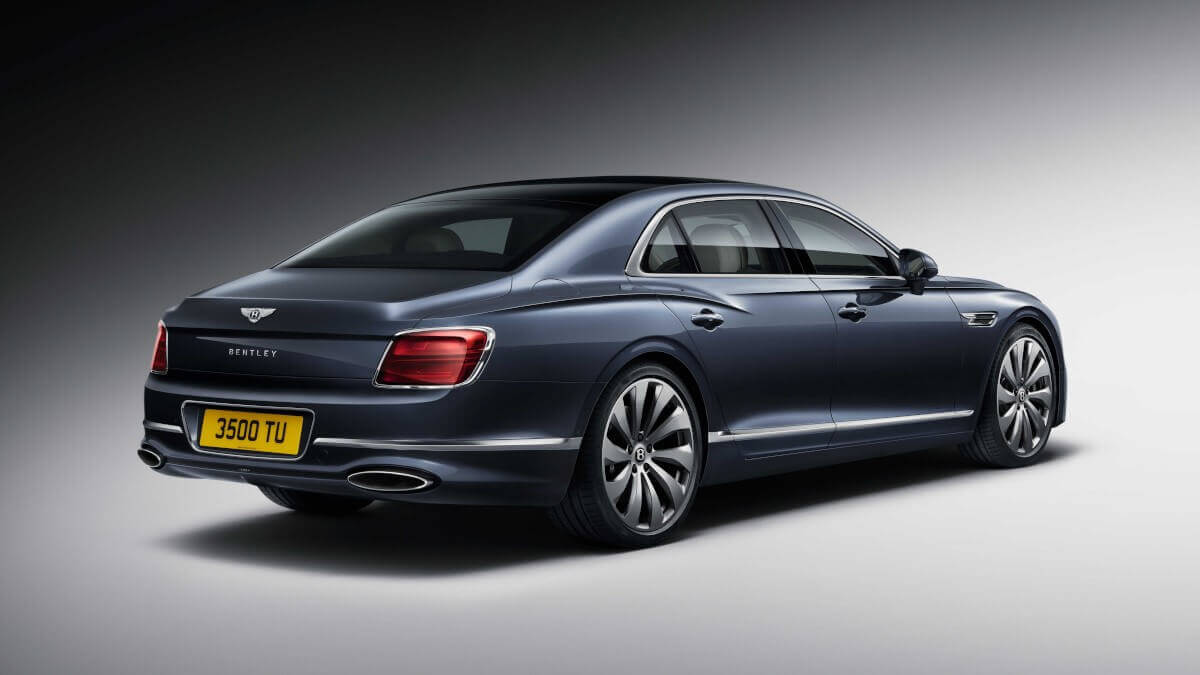 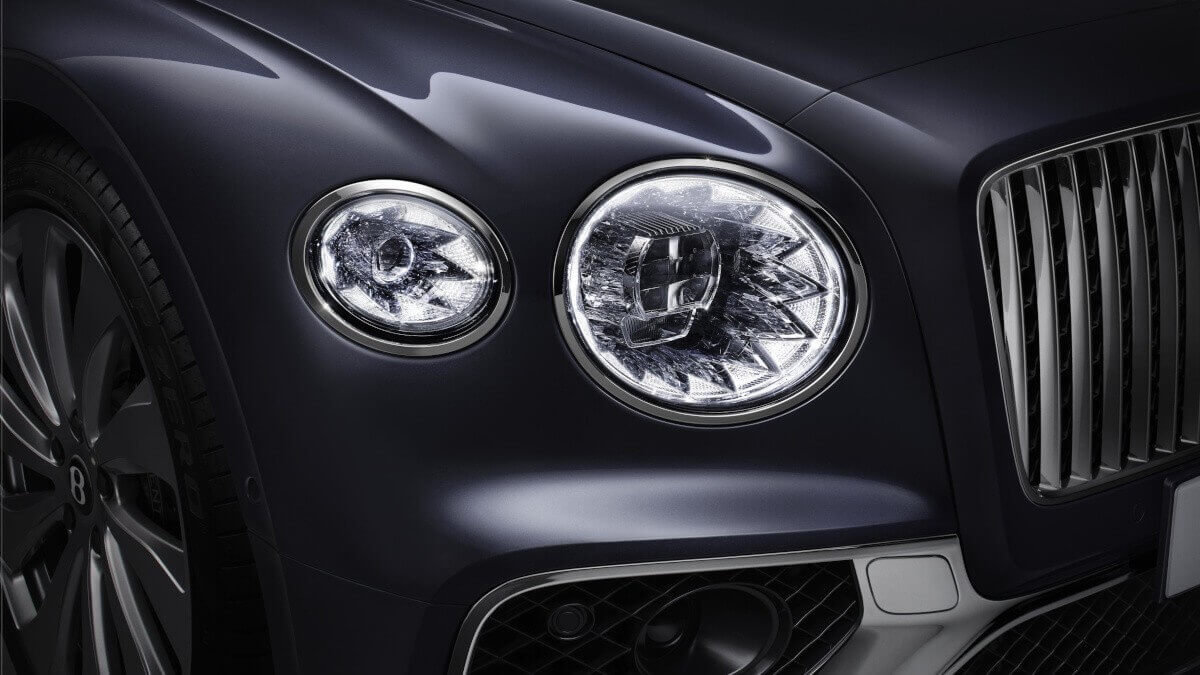 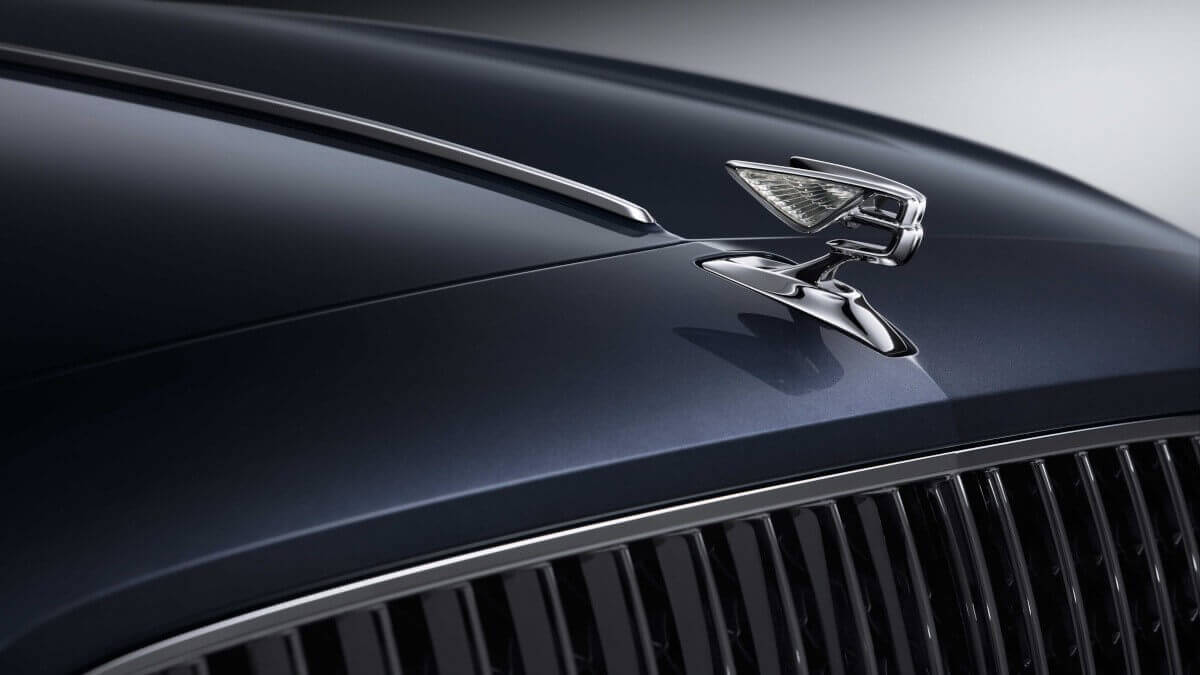 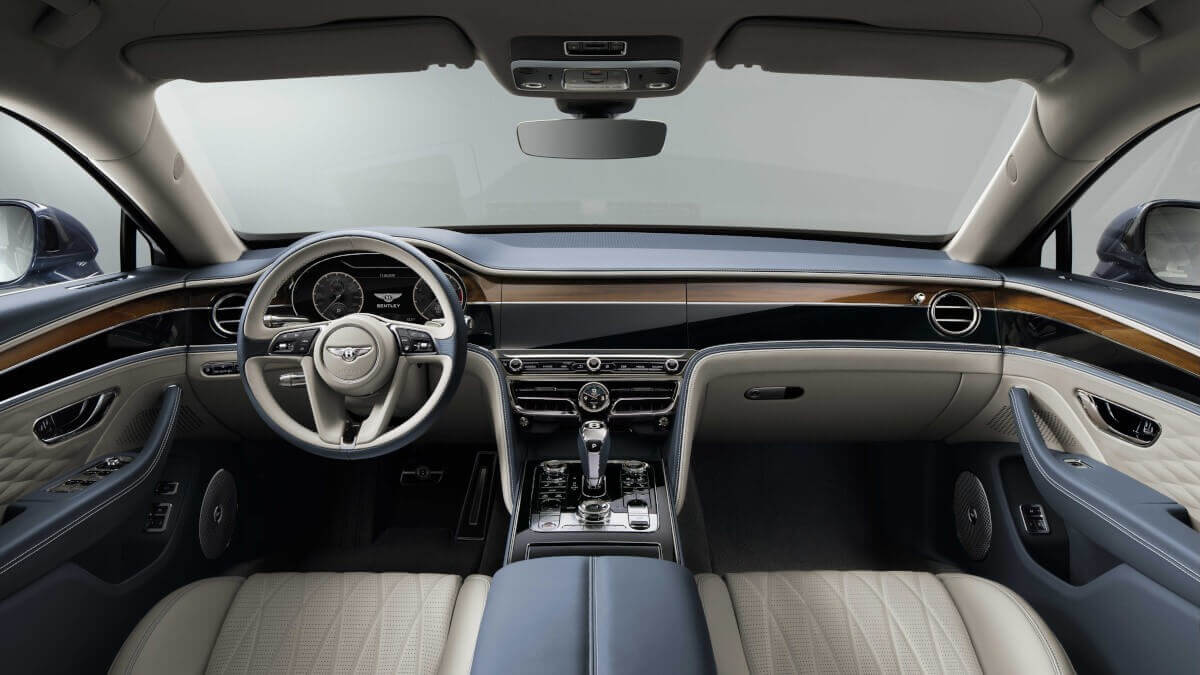 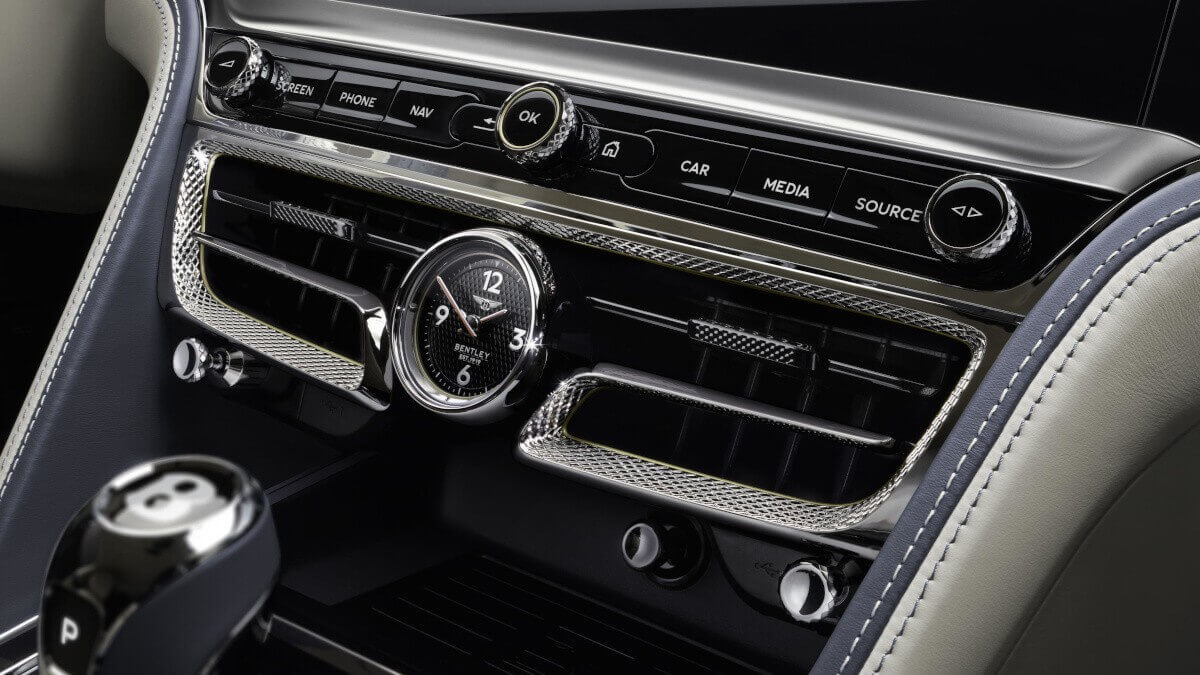 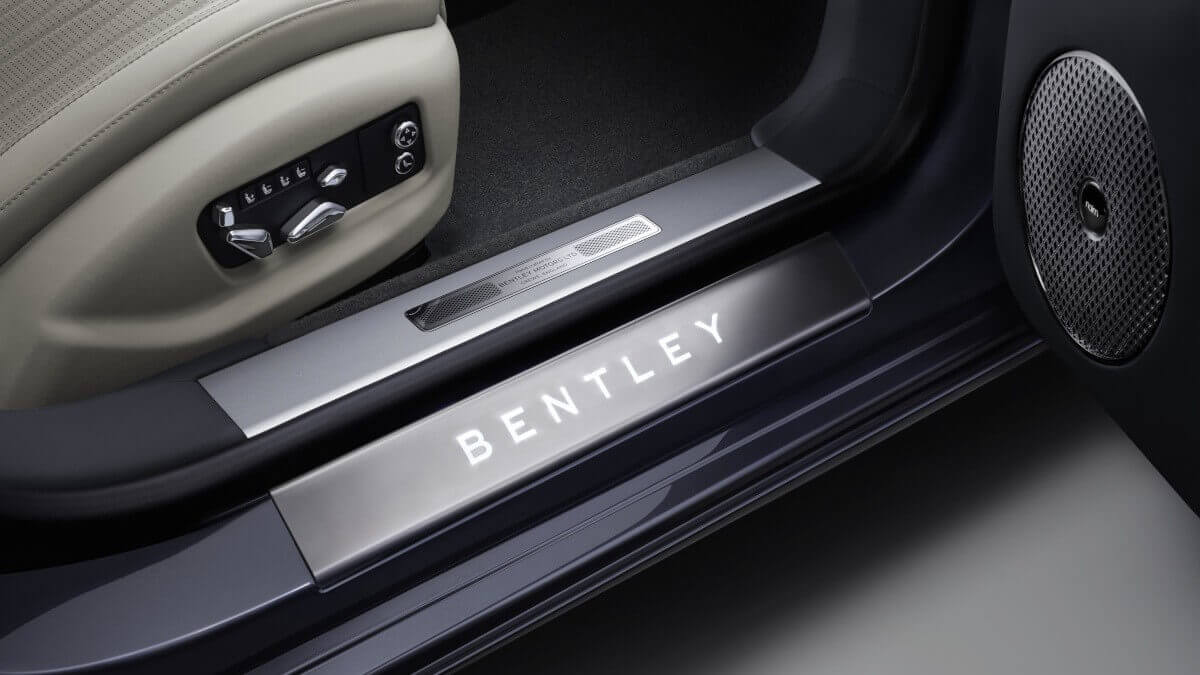 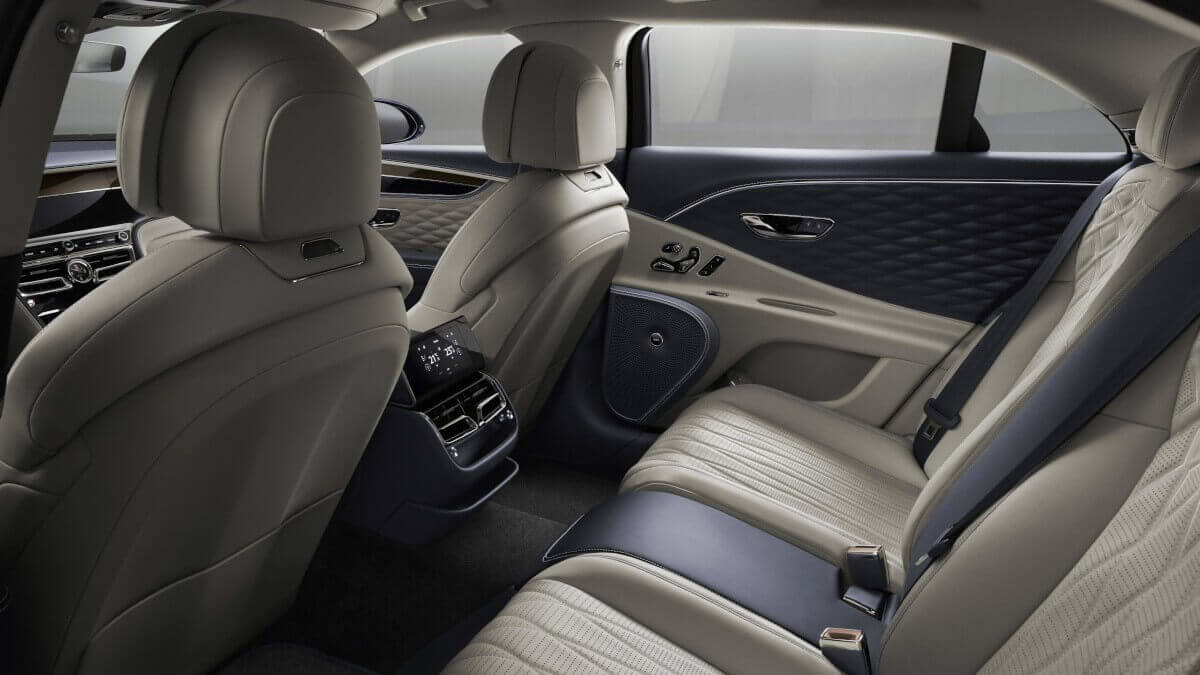 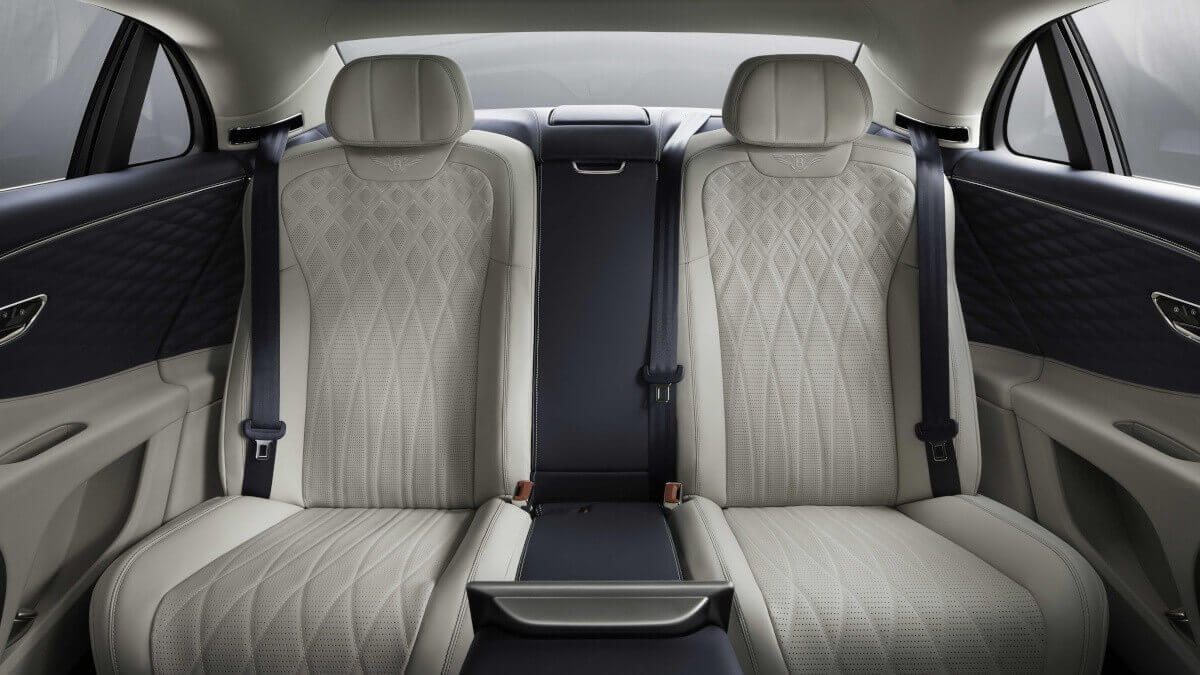 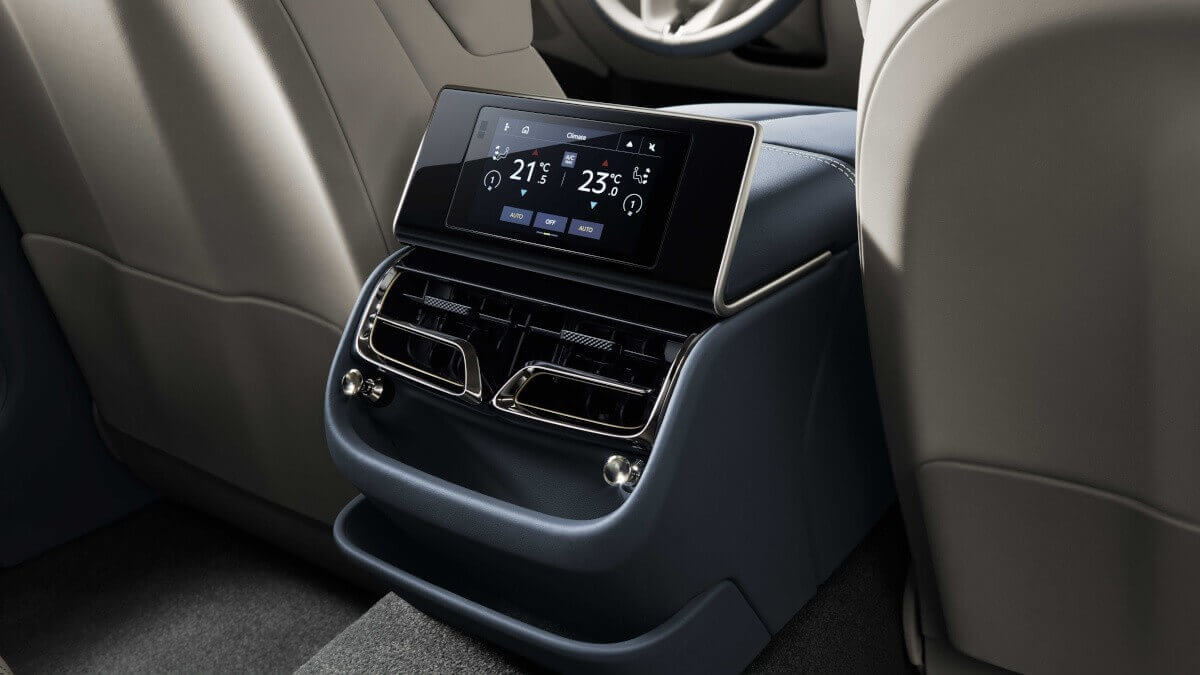 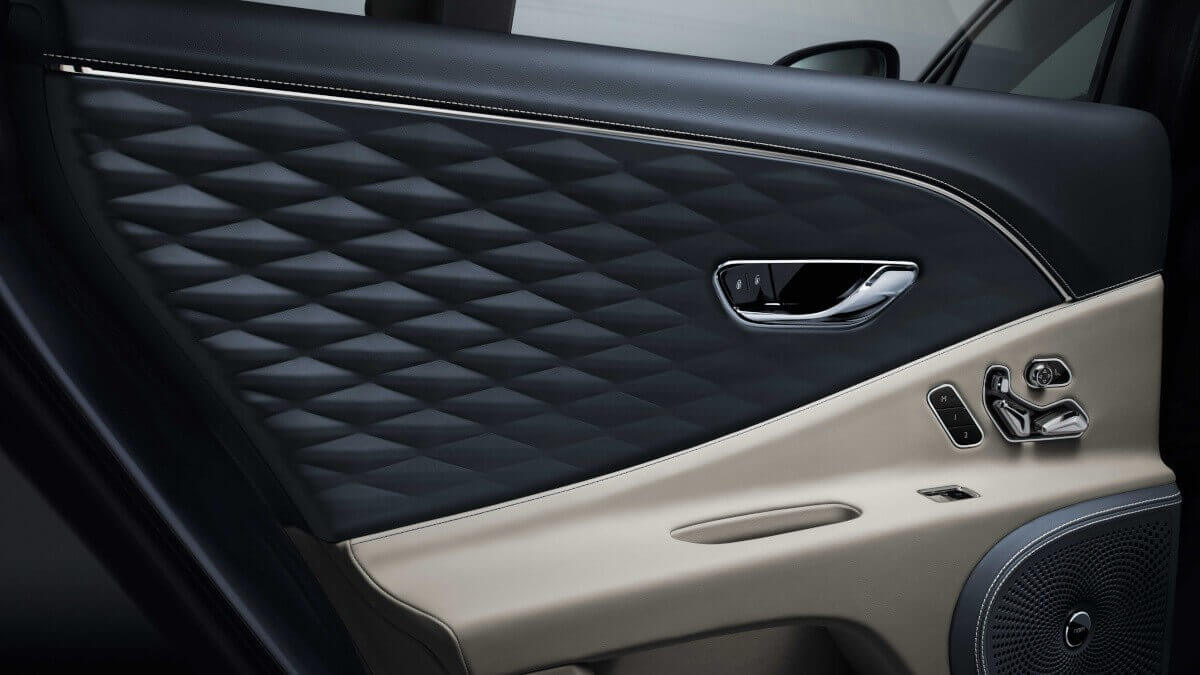 Based on the new platform made of aluminium and composite materials with 48-volt electrical system, the new Bentley Flying Spur will be equipped with electronic all-wheel steering, which is linked to the all-wheel drive system and the driving programs of the ‘Bentley Dynamic Ride’ system. To ensure an even greater spread than ever between limousine comfort and sporty body control, a new air suspension with three chambers per wheel is used. Standard driver assistance systems include ‘City Assist’, ‘Traffic Assist’ and ‘Blind Spot Warning’. The 130-millimeter longer wheelbase benefits the passengers. Various different wood decors and quilted patterns on the leather seats allow customers to customize their vehicle even more. Like the Continental GT, the Flying Spur receives the three-sided, rotatable element in the center of the dashboard, which displays wood decor, three analogue instruments or a 12.3-inch touchscreen display.

The new Flying Spur is powered by a six-liter W12 biturbo engine. This provides 635 hp and 900 newtonmeters of torque, which are transmitted to the permanent all-wheel drive system via an eight-speed double clutch gearbox. The sporty sedan accelerates to 60 mph in 3.7 seconds and is able to reach a topspeed of 207 mph. Orders for the new Flying Spur are taken from autumn onwards. First deliveries will take place in early 2020.