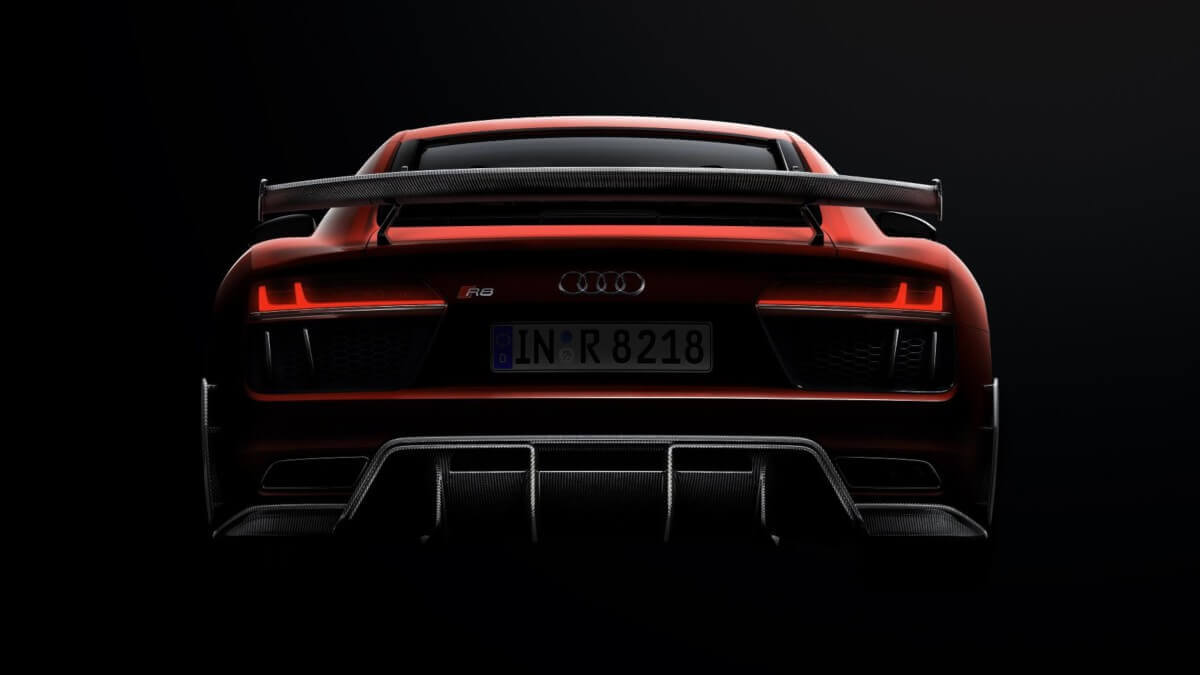 In 2017 Audi Sport presented a new Performance Parts program for the TT RS and the R8 at the Frankfurt Motor Show (IAA). Now they offer a limited edition of only 44 copies of the R8 Coupé, in which all of these parts are installed. Meanwhile, nothing is changed on the 5.2-liter V10 engine with its 447 kW/610 PS.

Audi Sport used the R8 GT3 for the development of the Performance Parts, with which international success in motorsport has been achieved for many years. The insights gained with it directly flowed into the new add-on parts. In addition to a new front spoiler lip and side flics on the front there are wider sills, side canards at the rear, a bigger diffusor and a fixed rear wing with top mountings. All parts are made by hand from carbon and together produce 205 kilograms of downforce at top speed – more than 100 more than a normal R8. 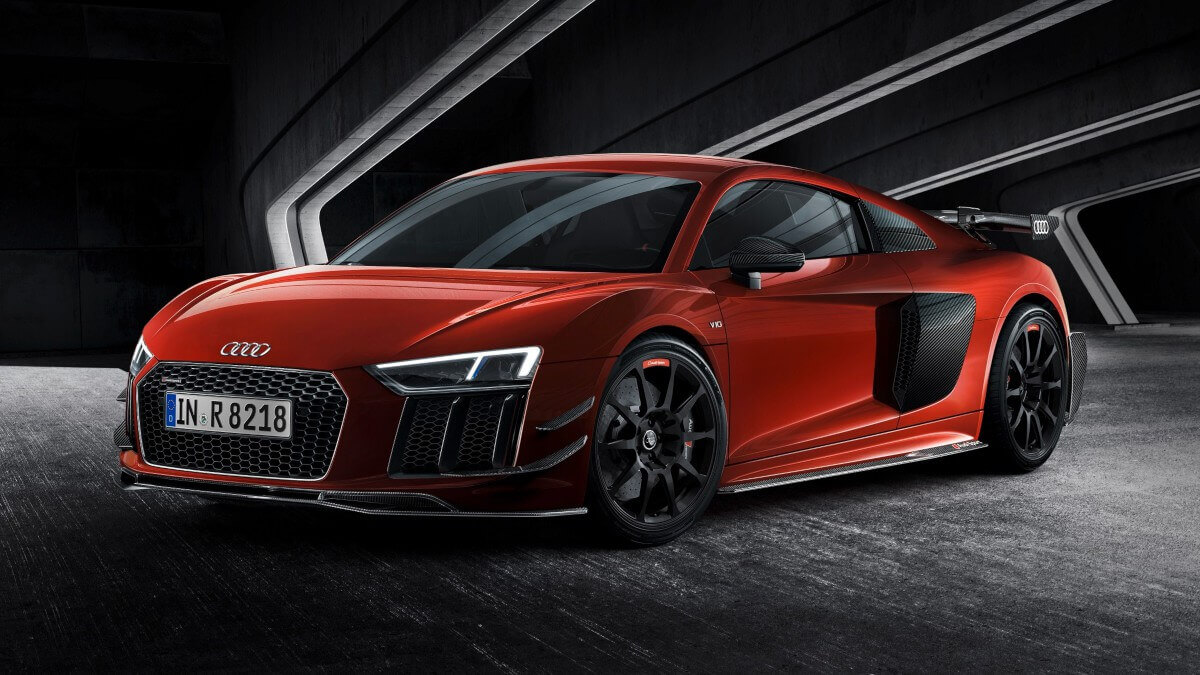 20-inch ten-spoke alloy wheels in black with Michelin Pilot Sport Cup 2 tires in 245/30 at front and 305/30 at the rear fill the wheel arches. The rims reduce the unsprung mass by eight kilograms compared to the wheels of the normal R8. Behind the wheels are an adjustable sport suspension and a performance brake system with carbon-ceramic disks.

The interior of the Audi R8 Audi Sport Performance Parts Edition includes black nappa leather on the bucket seats, black Alcantara with a red 12’o clock marker on the steering wheel and comprehensive standard equipment including the Virtual Cockpit, smartphone integration, a rear view camera and MMI navigation. There is also a sports exhaust system. So far, only the price for Great Britain is known, where five RHD copies of the limited edition will head to. There the special R8 costs 176,560 GBP.