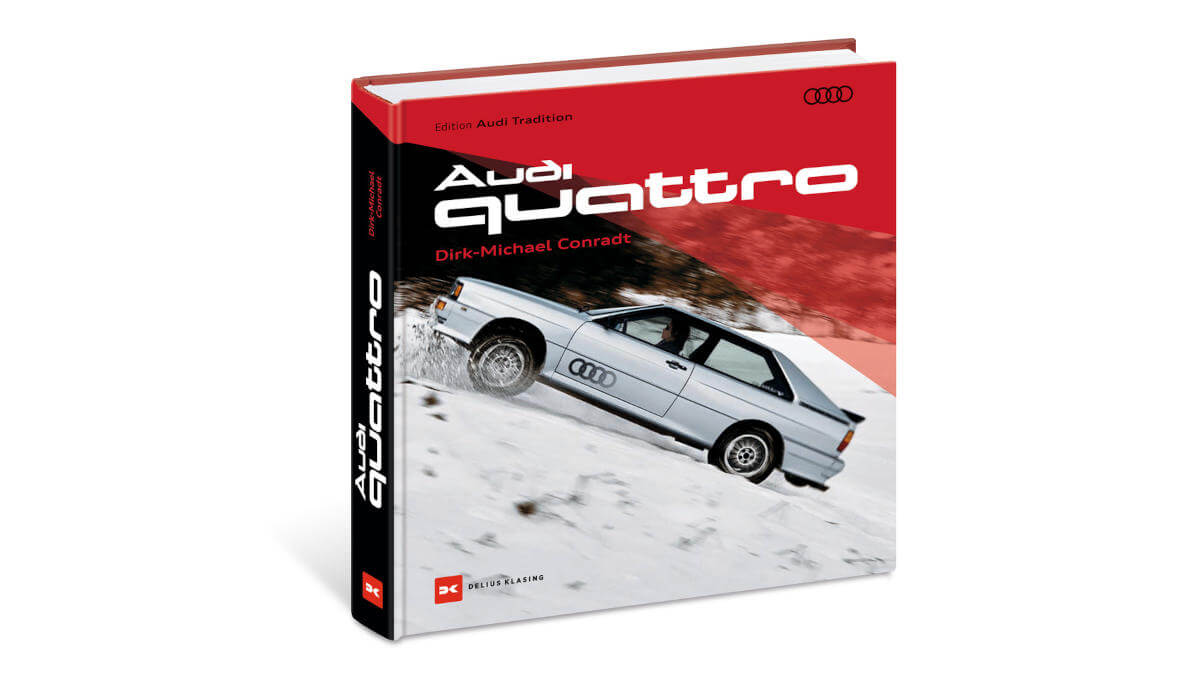 If there was one car that shaped the history of Audi, it was the quattro. In 1980, the sports coupé stood at the Geneva Motor Show and heralded a completely new era for the Ingolstadt-based brand. This was preceded by a thoroughly exciting development story, which brought the permanent four-wheel drive to mass production. Not only on the road, but especially on the rally tracks, the quattro revolutionized how to win for all times. There was no way around four-wheel drive and turbocharging. Audi was also one of the pioneers of the Group B era. Today, it is impossible to imagine the brand without the quattro four-wheel drive system. The original quattro is a much sought-after classic car.

On the occasion of its 40th anniversary, Dirk-Michael Conradt created a 400-page book about the Audi quattro. It begins with the history of the four-wheel drive system and the turbocharger, tells the complete chronology of the quattro’s development, about its presentation and manufacture up to the final model, and lists all production figures, equipment options by year of manufacture and technical data. In addition, the author had access to the Audi archive and was allowed to use pictures for the book, some of which had never been published before. A total of 630 photos and illustrations together with lovingly researched anecdotes make this magnificent volume absolutely worth buying. Did you know, for example, which car Ferdinand Piëch, as chied developer, had procured to test the limits of front-wheel drive? Or why the Carat, which was actually planned to be used for the quattro, was rejected? These and other parts of the model’s history can be found on the 400 pages, with a look at developments of competitors as well. Particularly impressive is the sheer size, which you’ll get here for 49.90 €. There is only one problem: If you don’t understand German, you can only have a look at the pictures. An English edition is not available at the moment. The Audi quattro book is now available in well-assorted bookstores under ISBN 978-3-667-11946-9, directly from Delius Klasing Verlag or at your local Audi dealer under the item number A2-2316.