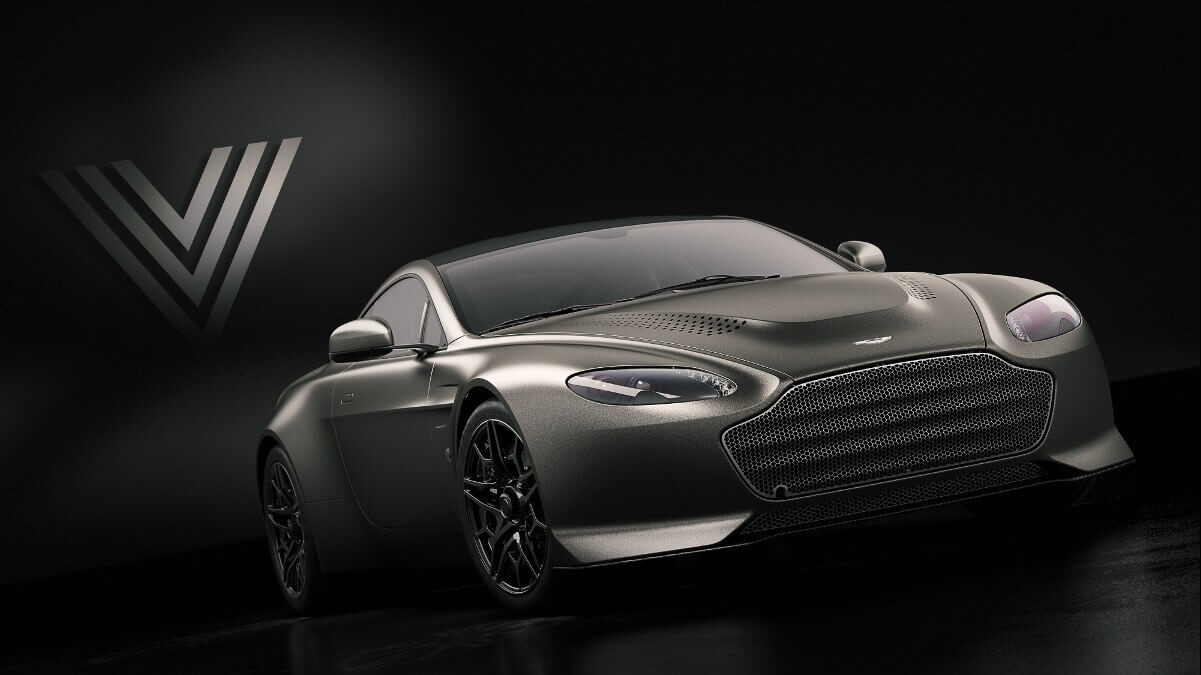 To send the Vantage modelline based on the already legendary VH platform in their well-deserved retirement, Aston Martin will built 14 last examples of the V12 Vantage in their ‘Q by Aston Martin – Commission’ department. Therefor they revive a short name last used in 1998, which was used for their most powerful sports car back than: V600. In the 90s it was a supercharged V8, today it is presumably the last time with a natural-aspirated V12 engine under the bonnet of an Aston Martin.

The new small-volume series is build on customer commission and got the internal name ‘Triple V’ because of its full name Vantage V12 V600. Compared to the normal V12 Vantage S it gets some visual differences by using a new front bumper with lip spoiler and meshed grille as well as a powerdome-bonnet with air outlet holes instead of the gills. Behind widened wheel arches new small air outlets help to reduce the pressure inside the wheelhouse, while the rear gets a newly designed diffusor. Forged alloy wheels with centre-locks complete the sporty and aggressive looks of the car. 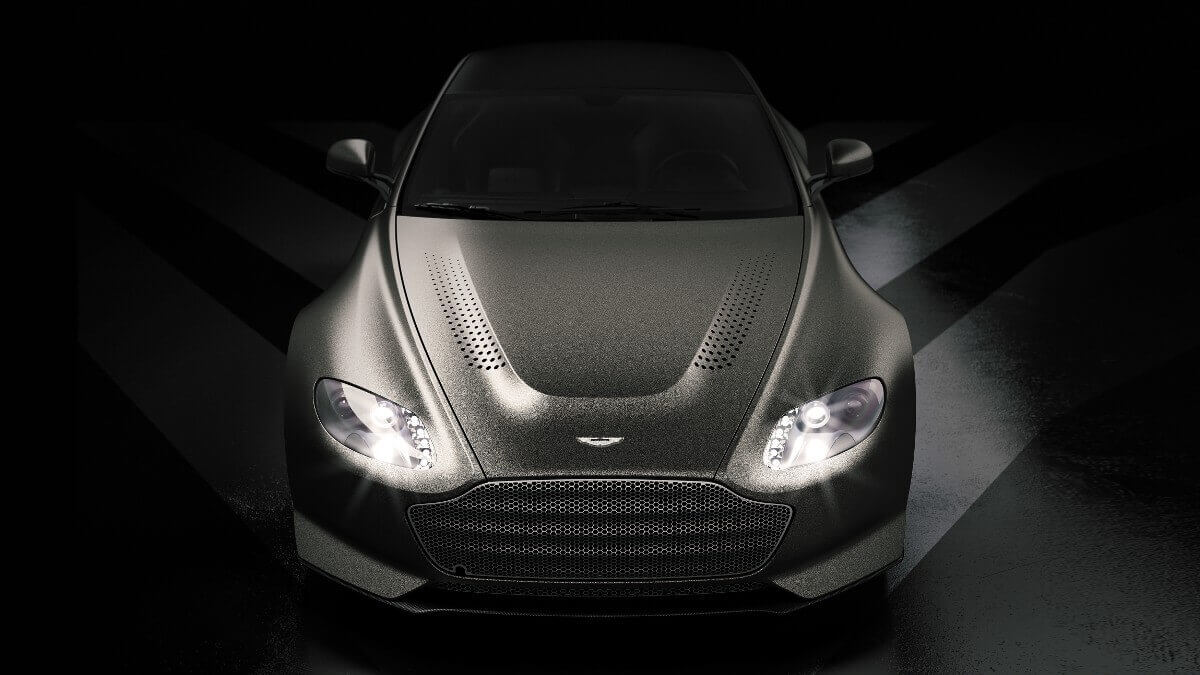 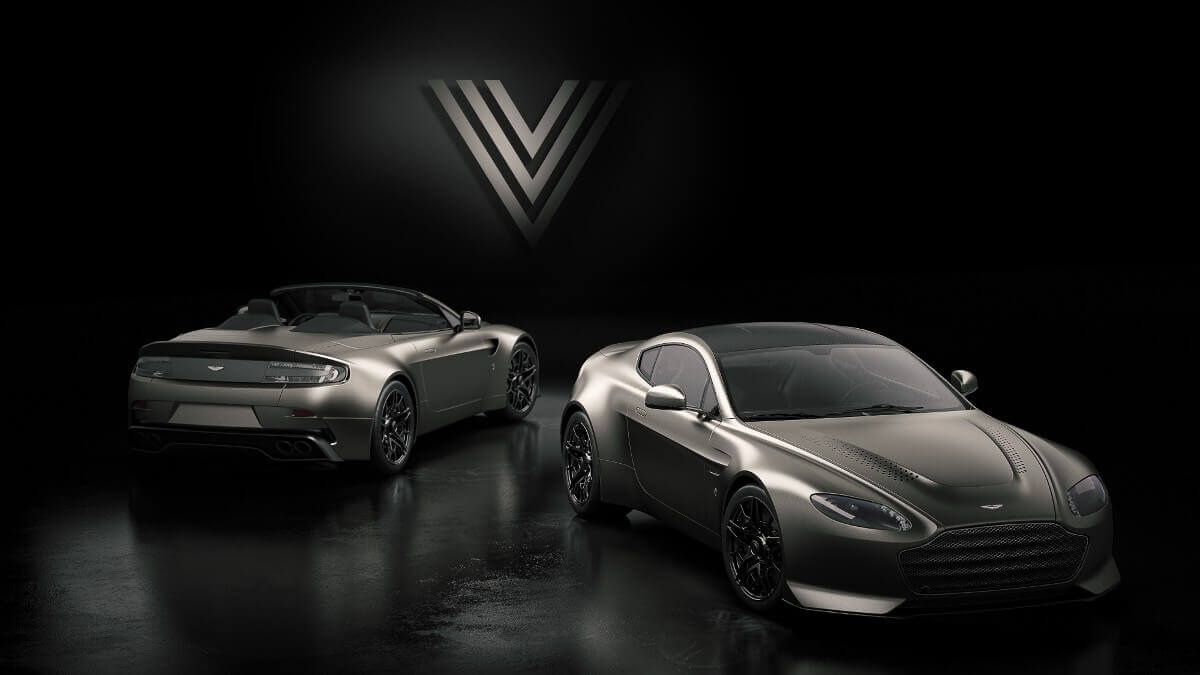 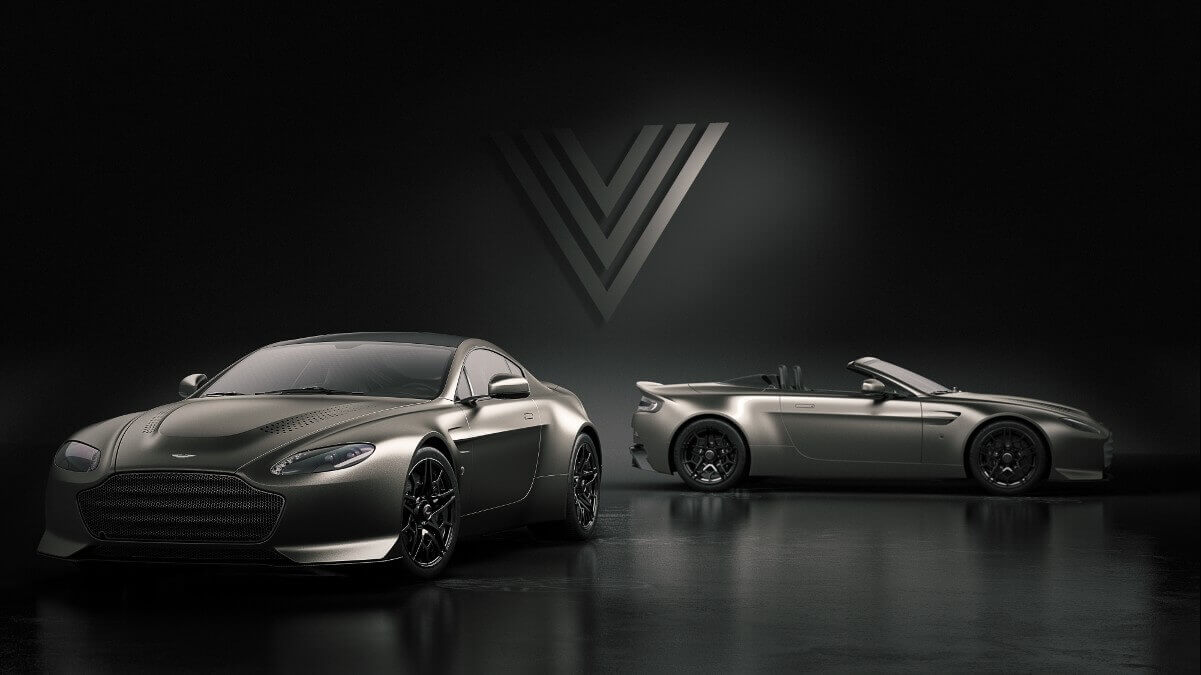 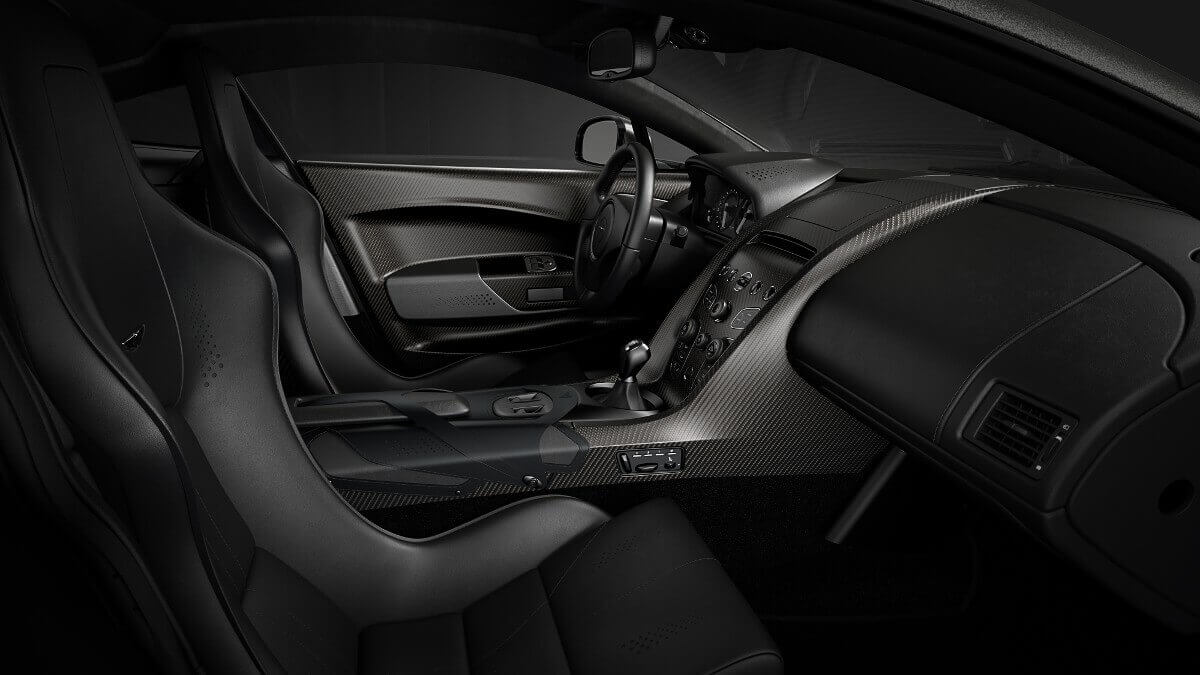 Dark anodised aluminium and bare carbon dominate the interior of the V12 Vantage V600. Door cards and centre console are made completely from carbonfibre. Two lightweight sports seats show a new perforated pattern. On top of the carbon middletunnel sits an armrest in saddle leather and helps the drivers arm to a comfortable position to grab the machined-from-solid gear shifter.

The new V12 Vantage V600 is only available with the seven-speed manual gearbox. So it might be the last semi-analogue car in the history of Aston Martin (some electronically helpers are already on board). Under its bonnet lies a beast of a V12. A small tuning helped to bring the power output to full 600 PS from the six litres displacement. The chassis with its double-wishbone suspension all around and 3-stage adaptive damping is set up for the higher power.

First cars will arrive at the dealers in Q3, but it will be a rare sight to see a V12 Vantage V600 as Aston Martin only produces seven Coupés and seven Roadster. There is no word about pricing so far.