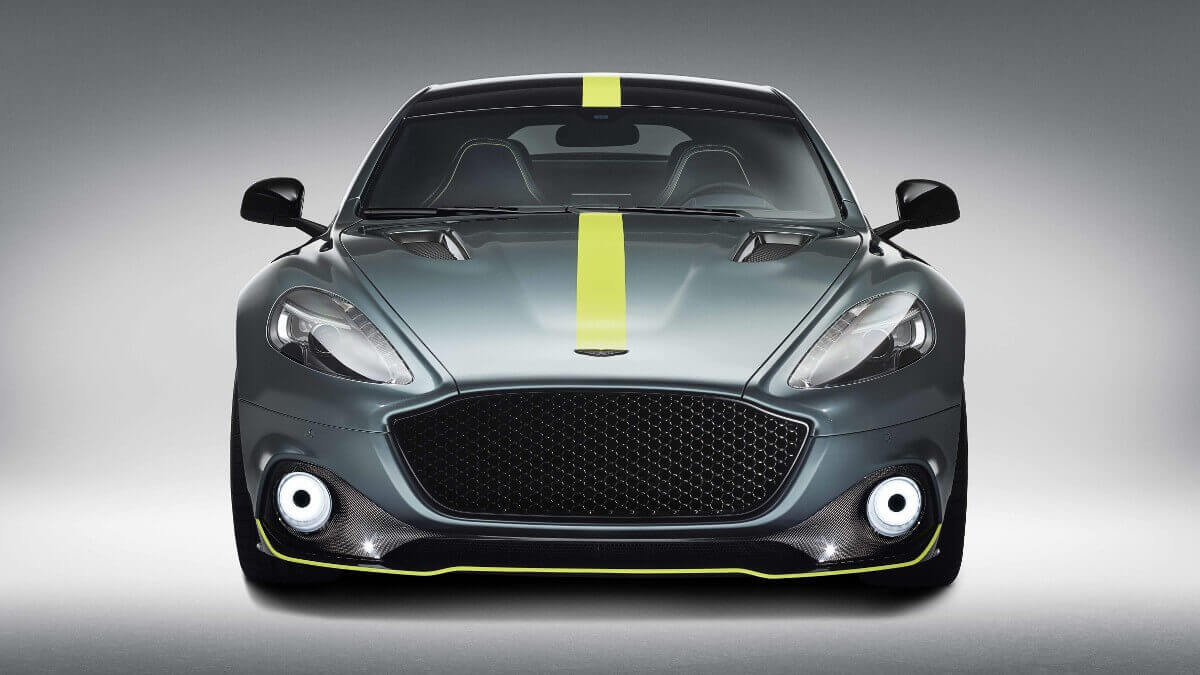 Already last year Aston Martin presented the limited edition Rapide AMR at the Geneva Motor Show. The British company sees the car as a fast and comfortable transporter for up to four racers en route to the race track at the other end of the continent. Compared to the concept study in Geneva, the production version shows only a few visual changes, for example in the form of round auxiliary headlamps in the style of current Zagato models. Also maintained were the aerodynamic attachments such as the splitter, the sills, the diffuser and the carbon spoiler on the also elevated boot lid. A new bonnet made of carbon with larger air outlets is also used.

Under this hood sits the long-known naturally aspirated V12 engine with six liters of displacement, which brings it in this AMR version to 603 hp and 630 newtonmeters of torque. In conjunction with a new calibration of the eight-speed automatic, the sports sedan is able to accelerate within 4.2 seconds from a standstill to 60 mph. For the first time in the history of the brand, standard 21-inch forged wheels are used, which are covered with Michelin Super Sport tires. 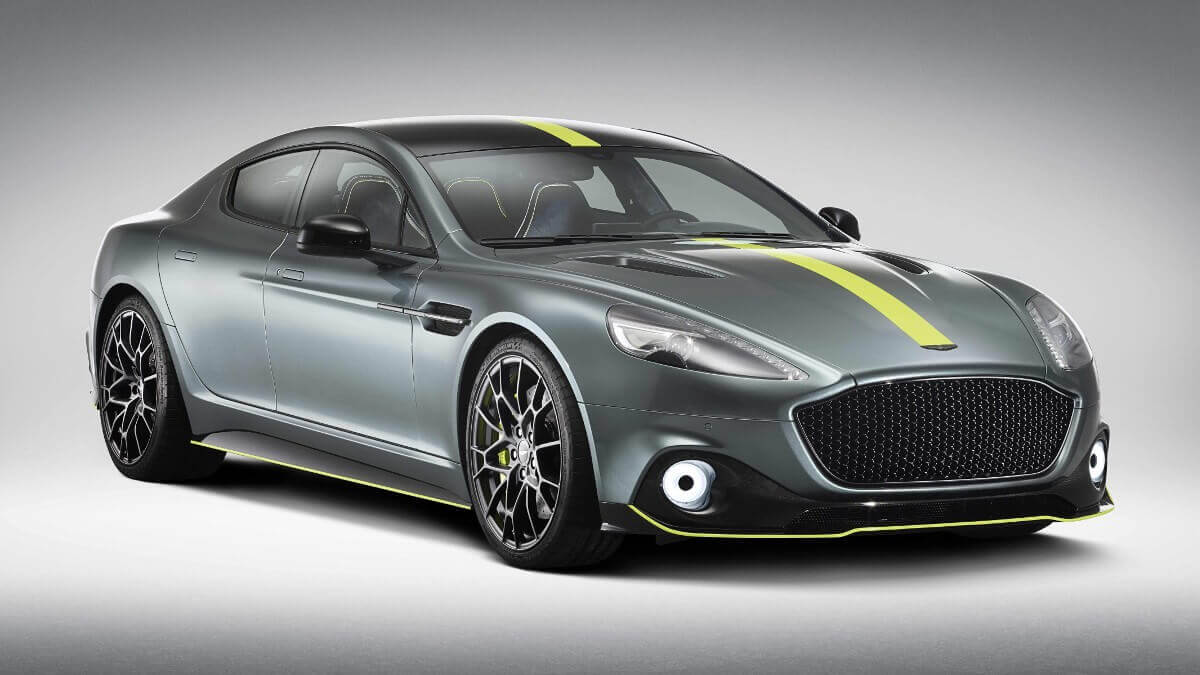 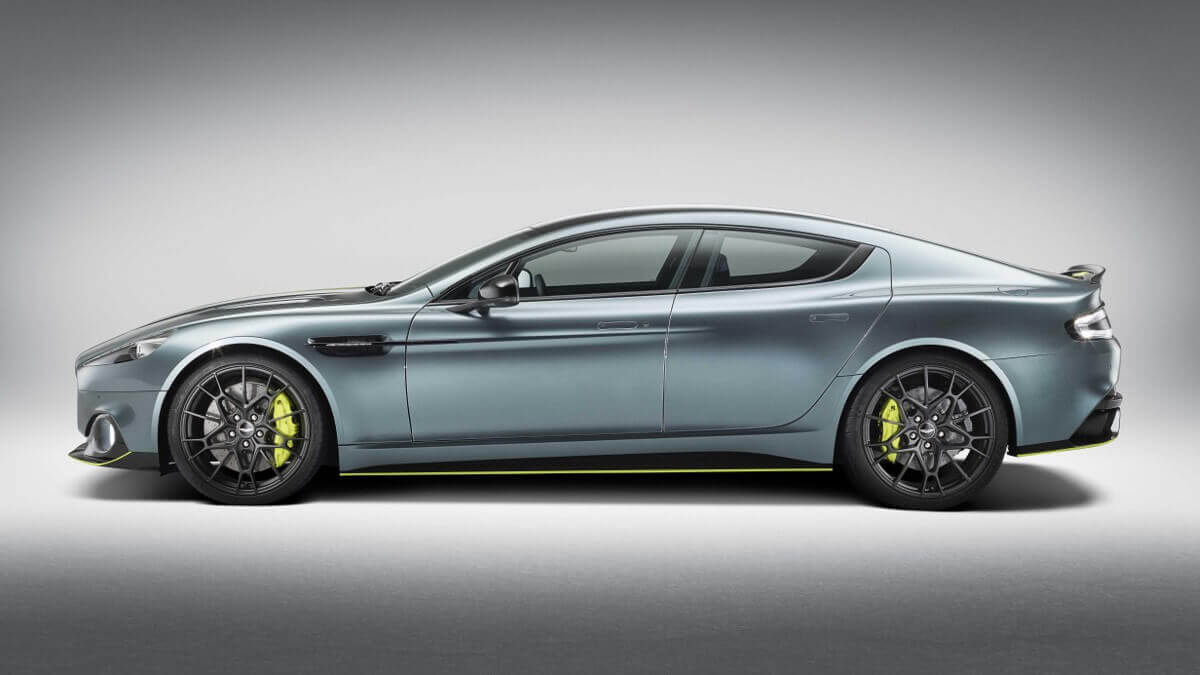 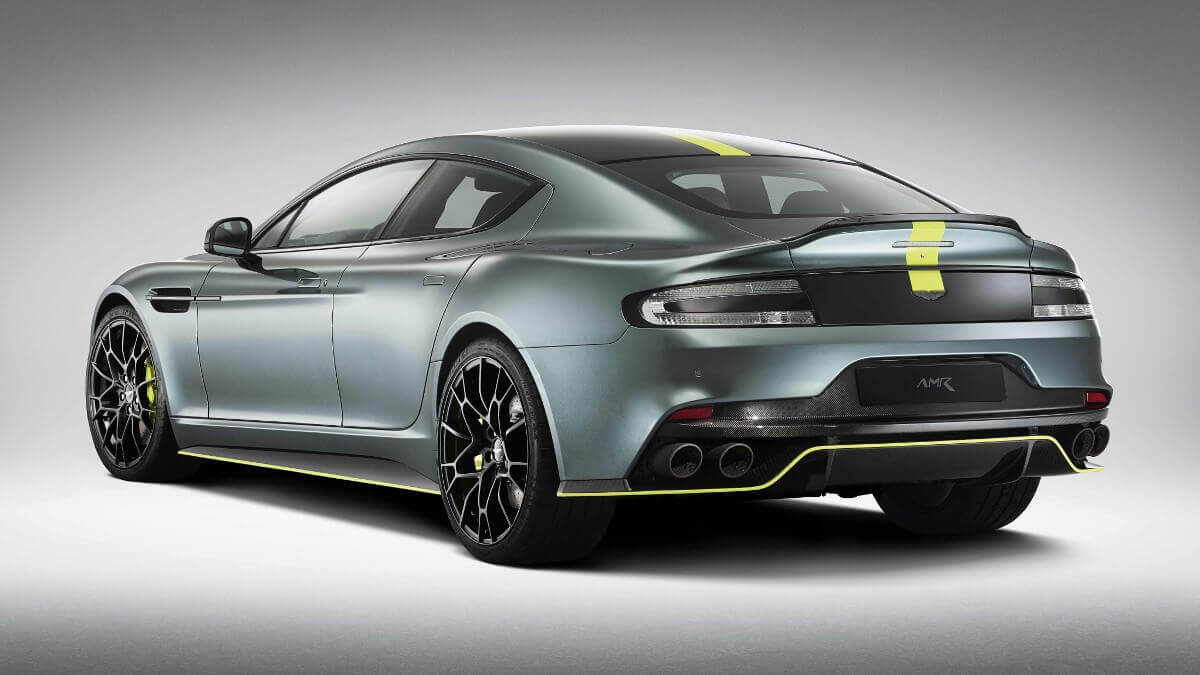 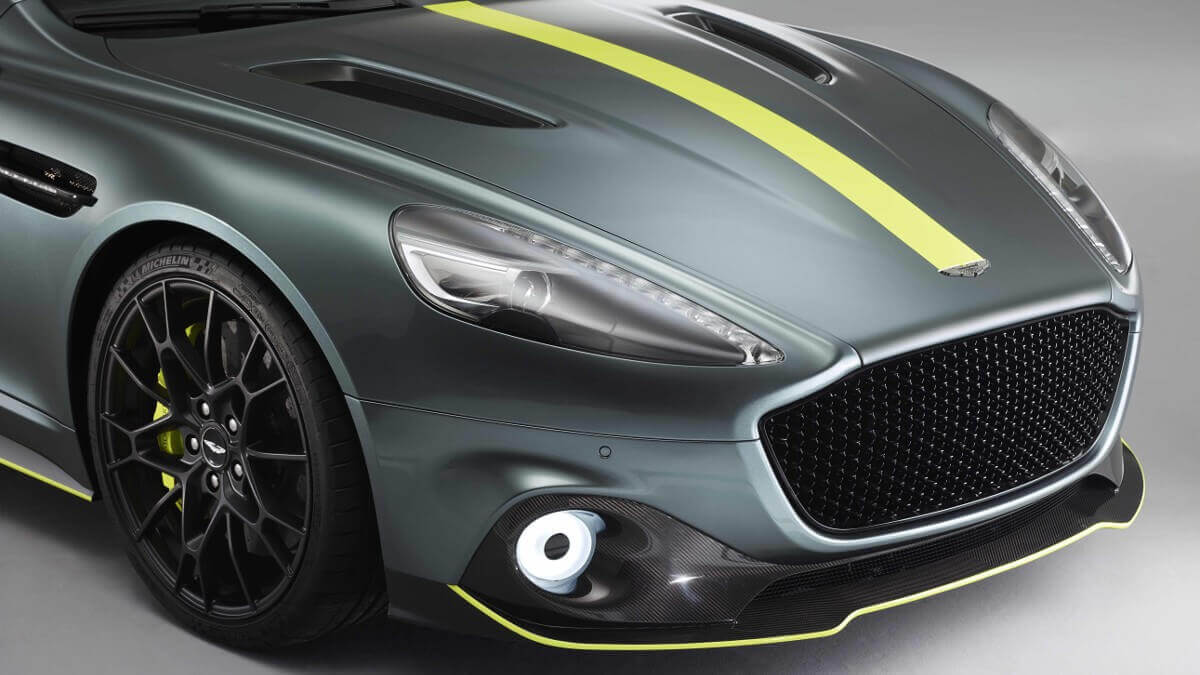 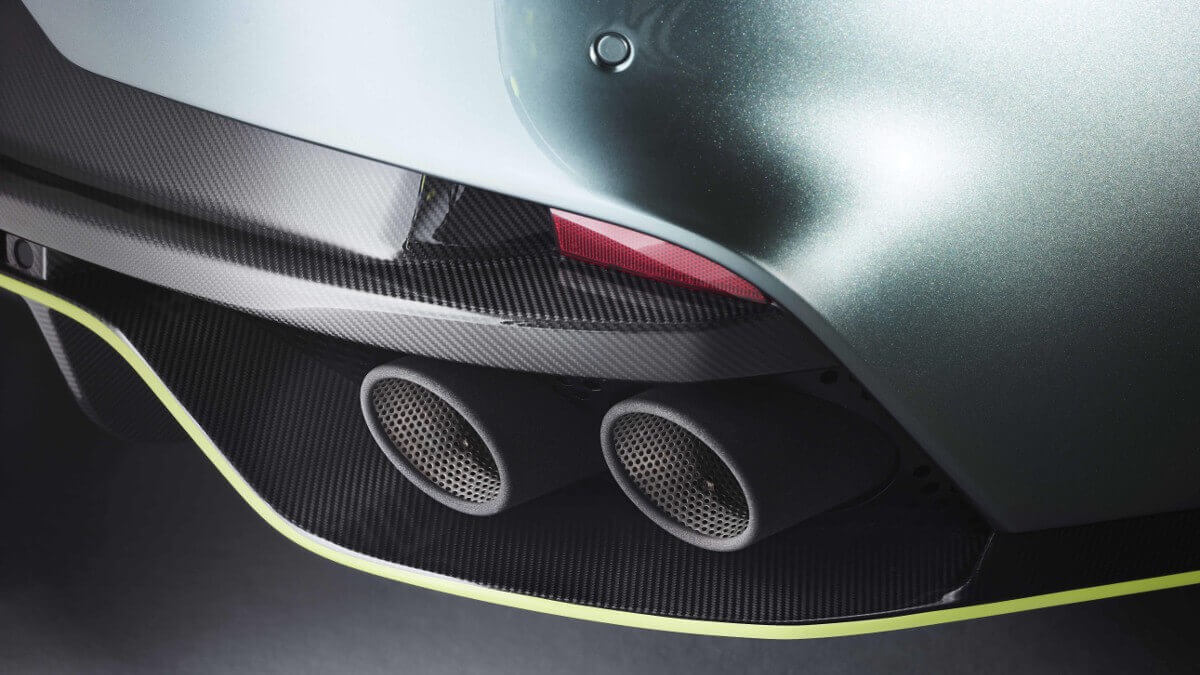 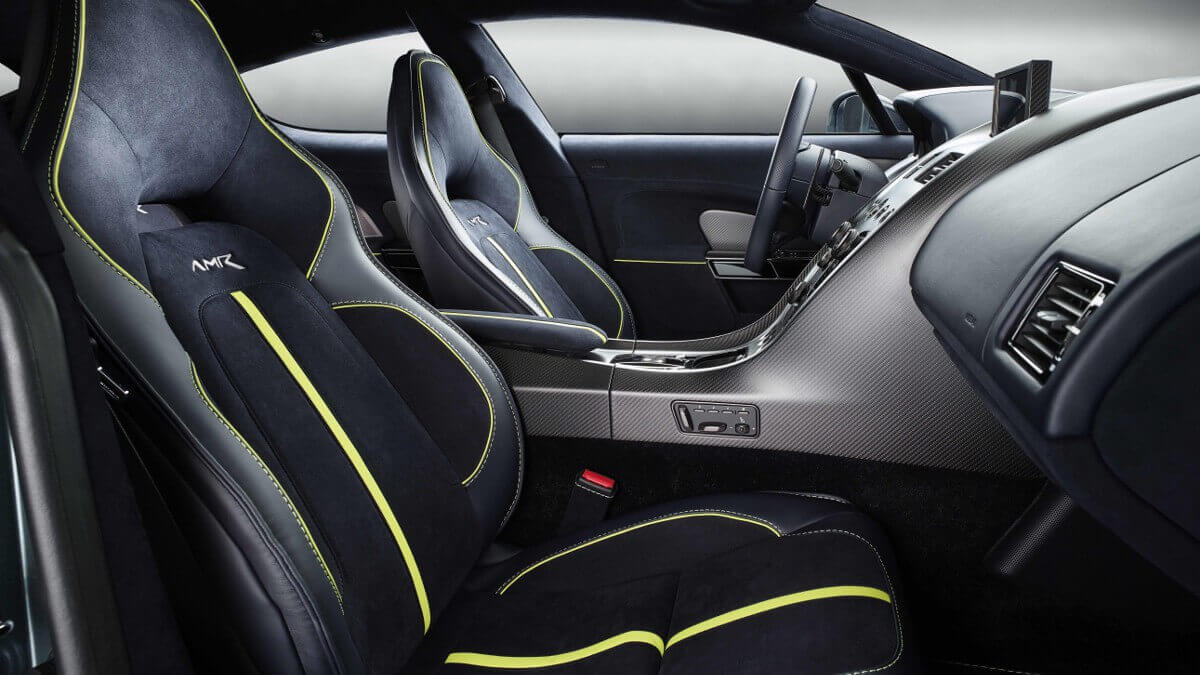 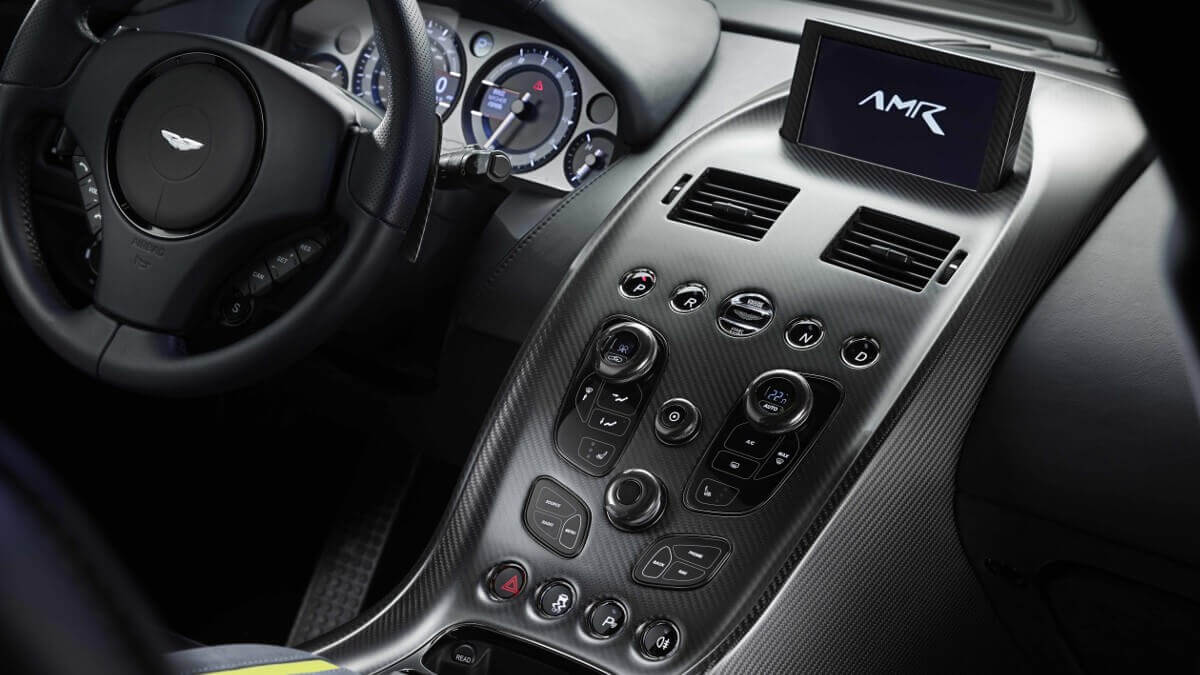 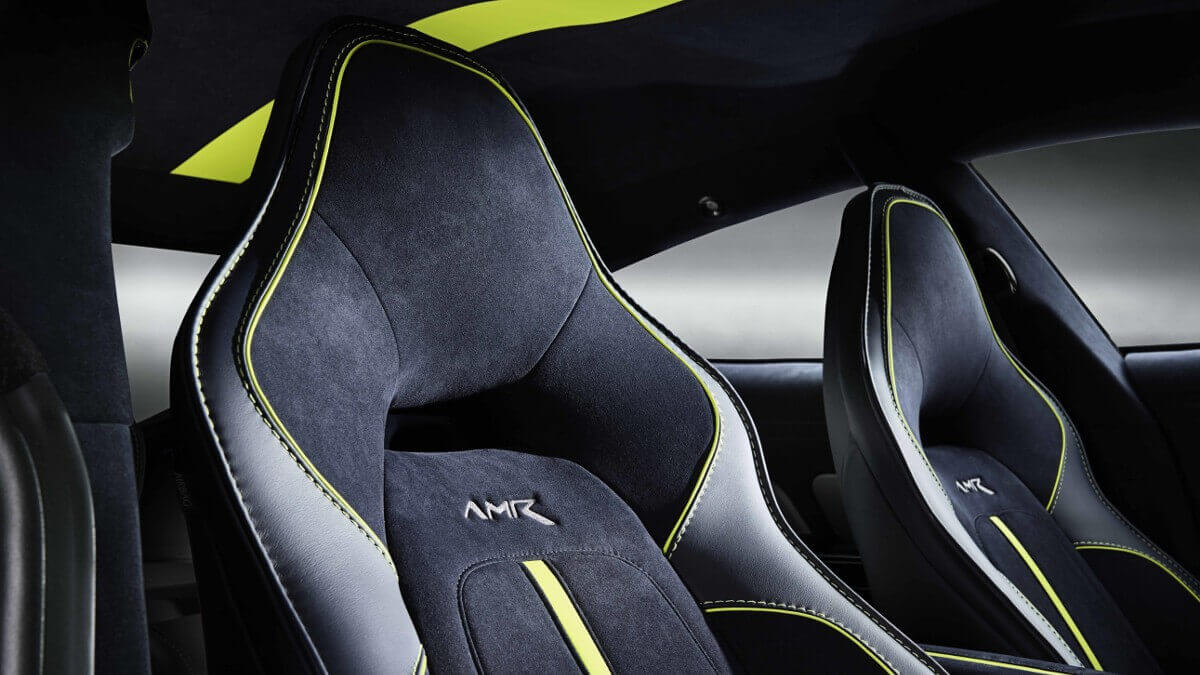 To curb the enormous power of the Rapide AMR, the British use a carbon ceramic brake system with front 400 and rear 360 millimeter discs. Thanks to a sports suspension with three-stage, adaptive dampers, the Rapide AMR is ten millimeters closer to the tarmac than the normal Rapide S. In order to achieve the highest possible driving dynamics, prototypes made an enormous number of test laps, for example on the Nürburgring Nordschleife.

For the Rapide AMR Aston Martin offers the three design themes ‘Standard’, ‘Silhouette’ and ‘Signature’. The first two are available in the paint colors ‘Scintilla Silver’, ‘Lightning Silver’, ‘Onyx Black’ and ‘Mariana Blue’. The Standard theme adds accents to splinters, sills and diffuser in the AMR color ‘lime’, while the Silhouette theme instead uses longitudinal stripes in ‘China Gray’ or ‘Clubsport White’ throughout the vehicle. The Signature vehicles try to reproduce the race cars of Aston Martin Racing (AMR) and therefore wear paint in ‘Stirling Green’ with accents and stripes in ‘Lime’. The interior represents the respective exterior design with seams in silver or lime, a carbon center console and Alcantara seat covers. UK base price of this limited edition Aston Martin Rapide AMR is 194,950 GBP, in the USA prices start at 240,000 US$. Only 210 cars will be sold worldwide with exception of China and Russia.