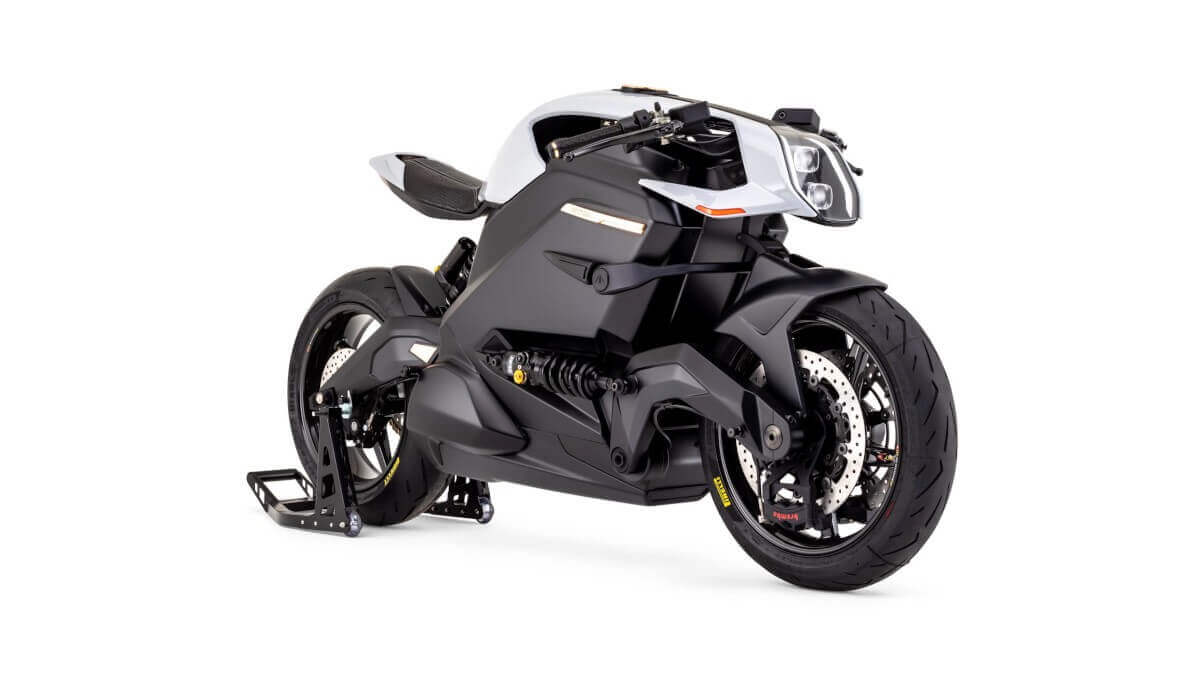 Do you know Arc Vehicle? Don’t worry, this brand was previously also unknown to us. However, by the end of 2020, this South Wales start-up would like to offer the world’s most technically advanced motorcycle. For this purpose, a new production facility is currently being built in St Athan, ie in the immediate vicinity of the new plant in which Aston Martin will build electric cars in the near future. For the first time, Arc announced the new machine Vector at the EICMA show in Milan last November. In the meantime, first prototypes are already in intensive driving test procedures. Arc Vehicle is one of only a few OEMs in the world who have developed their own carbon front swingarm. As a cooperation partner, they selected the company Riba, which is well-known from MotoGP. Carbon fiber is also used for the bodywork of this motorbike, combined with aerospace aluminium, high-quality alloys and some copper details. Overall, the dry weight is only 220 kilograms.

This is particularly noteworthy under one point of view: This modern café racer is completely electric. In the carbon monocoque between the pilot’s legs, both the batteries and the electric motor are housed as integral parts. The latter operates with 399 volts and provides 99 kW/135 hp as well as 148 newtonmeters of torque. From a standstill, it accelerates to 60 mph in three seconds and, if required, reaches a topspeed of 125 mph. With full batteries Arc claims a combined range of 270 miles. Due to the electric drive, they don’t mount a transmission, but a traction control, an ABS and an innovative Heads-Up display as well as cruise control. 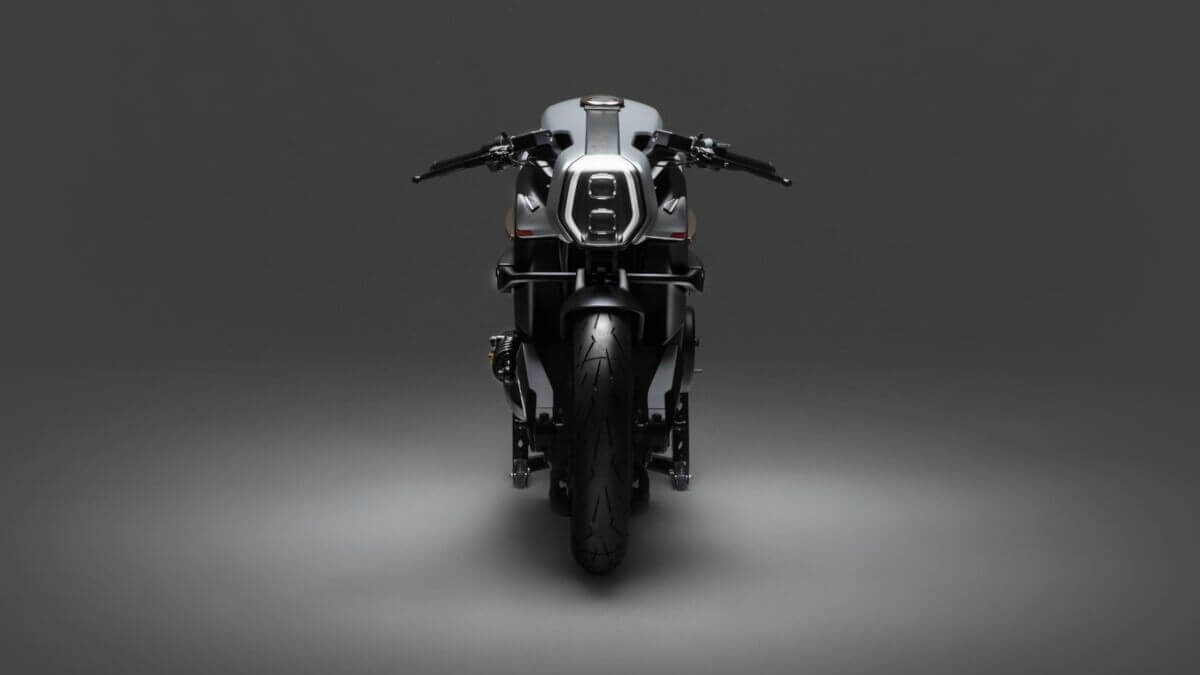 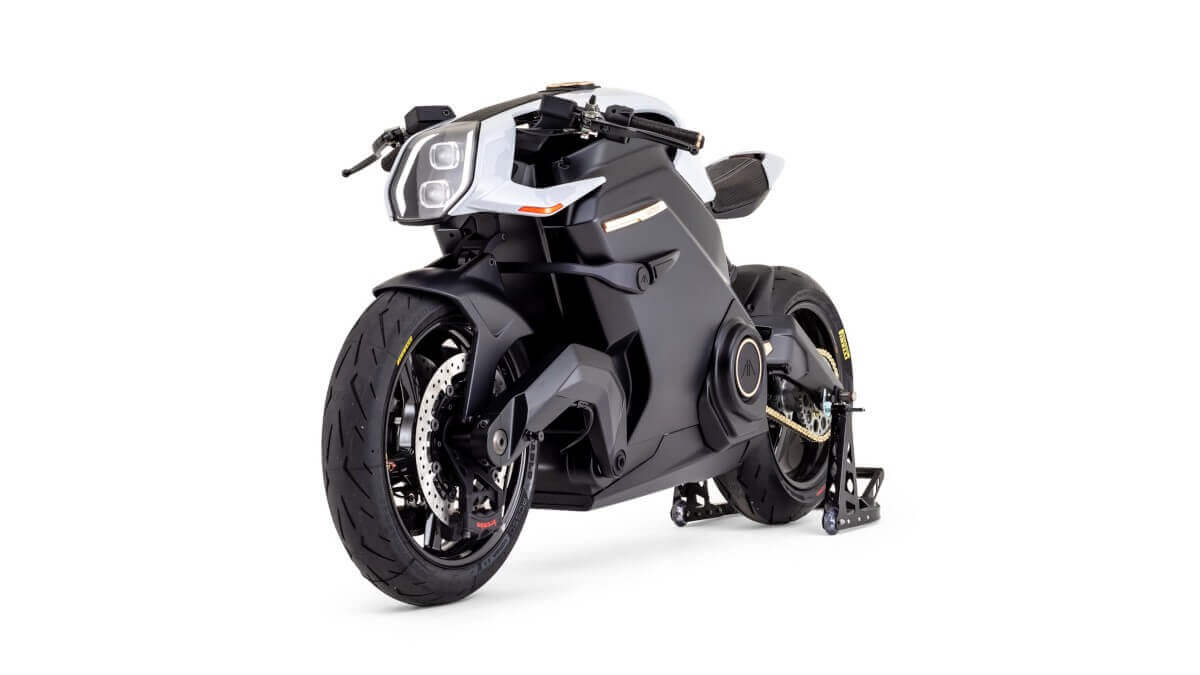 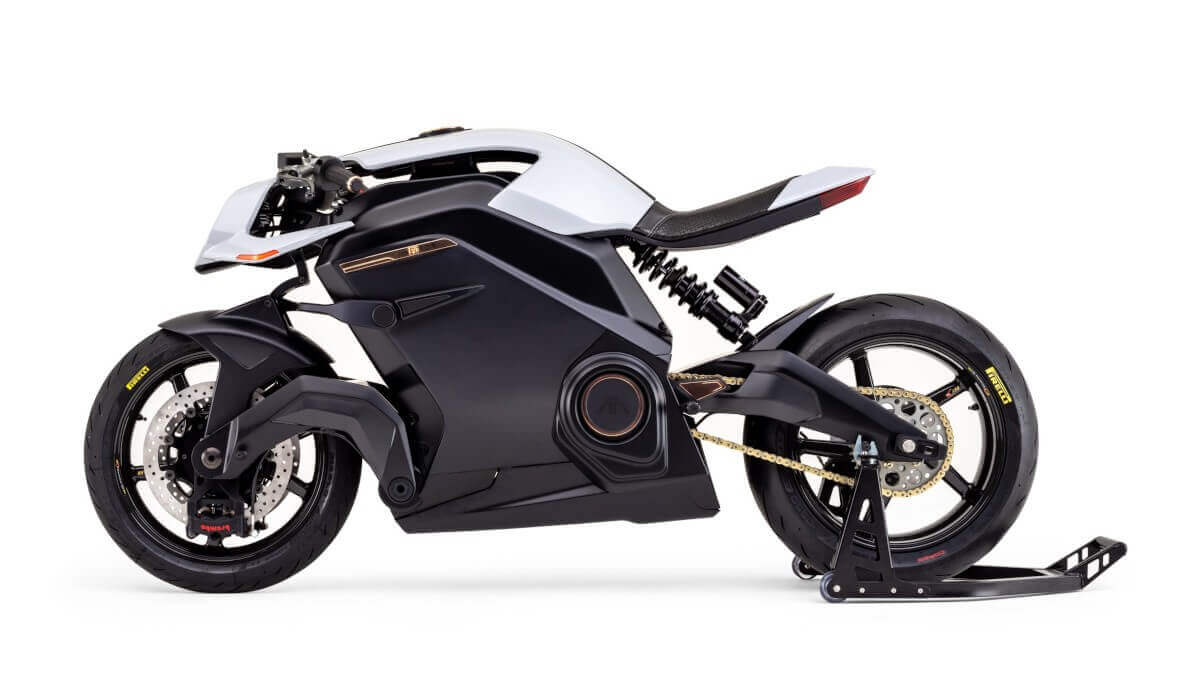 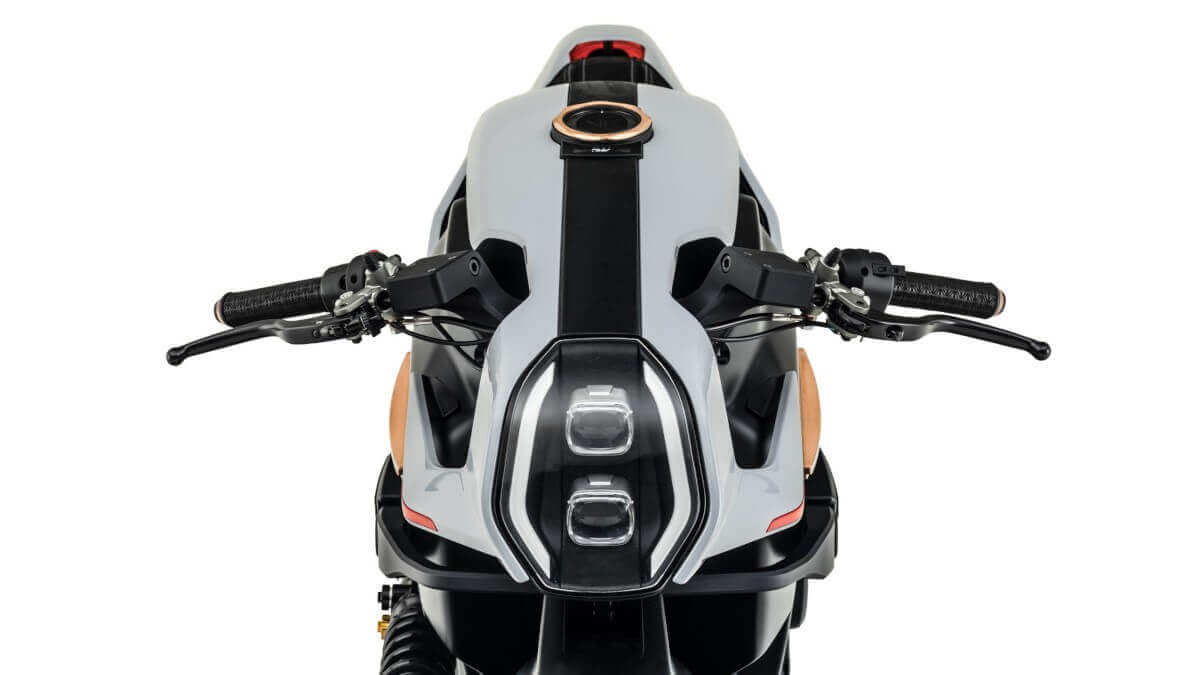 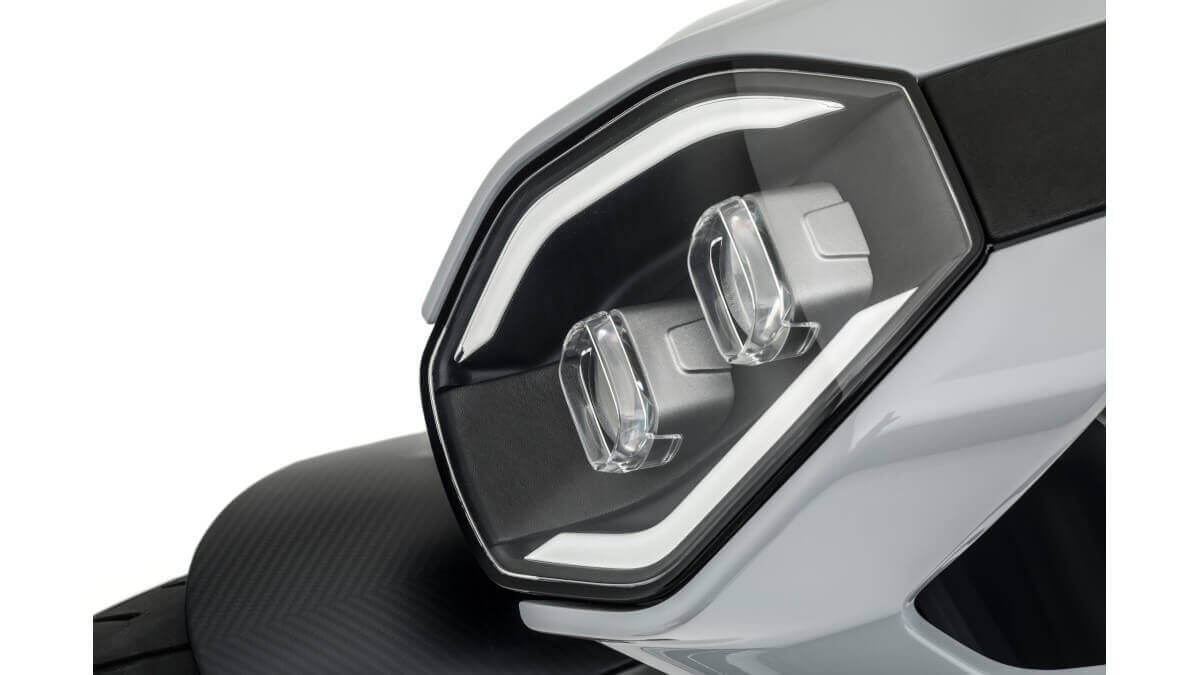 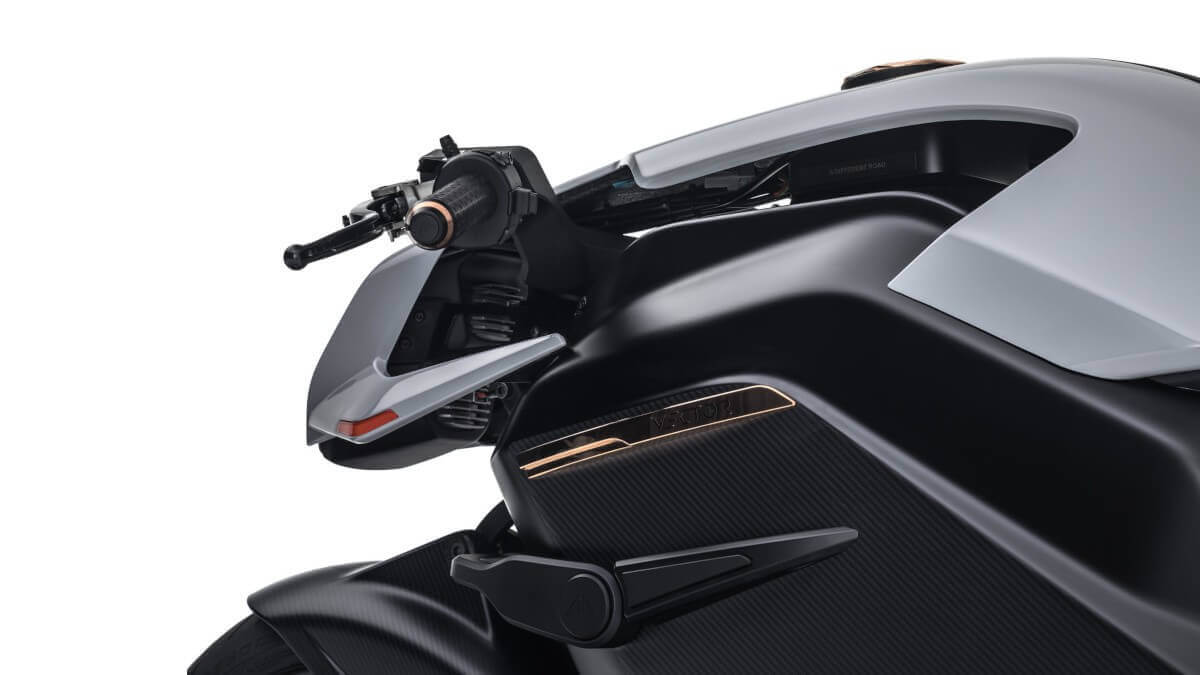 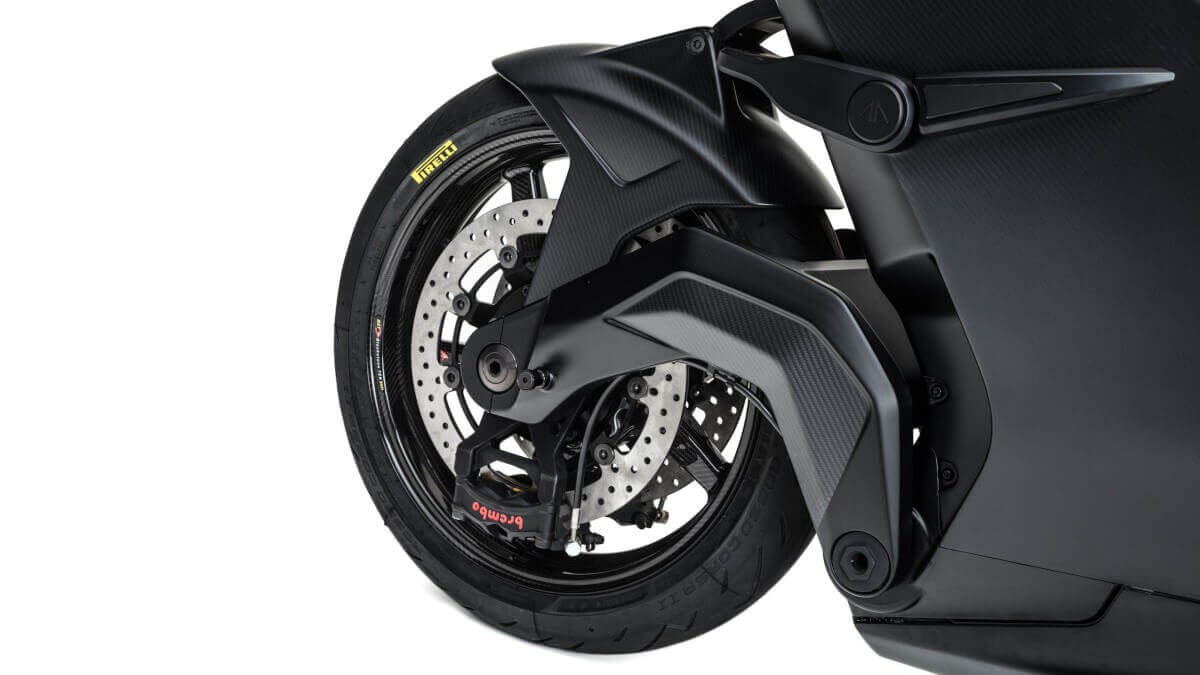 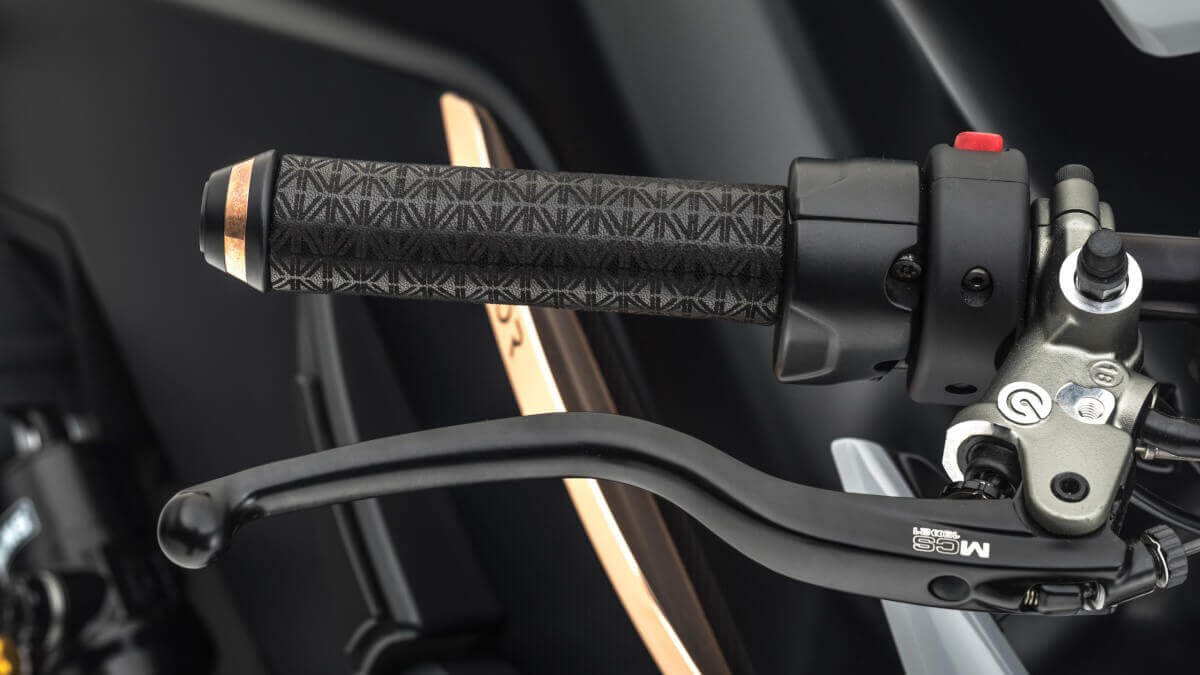 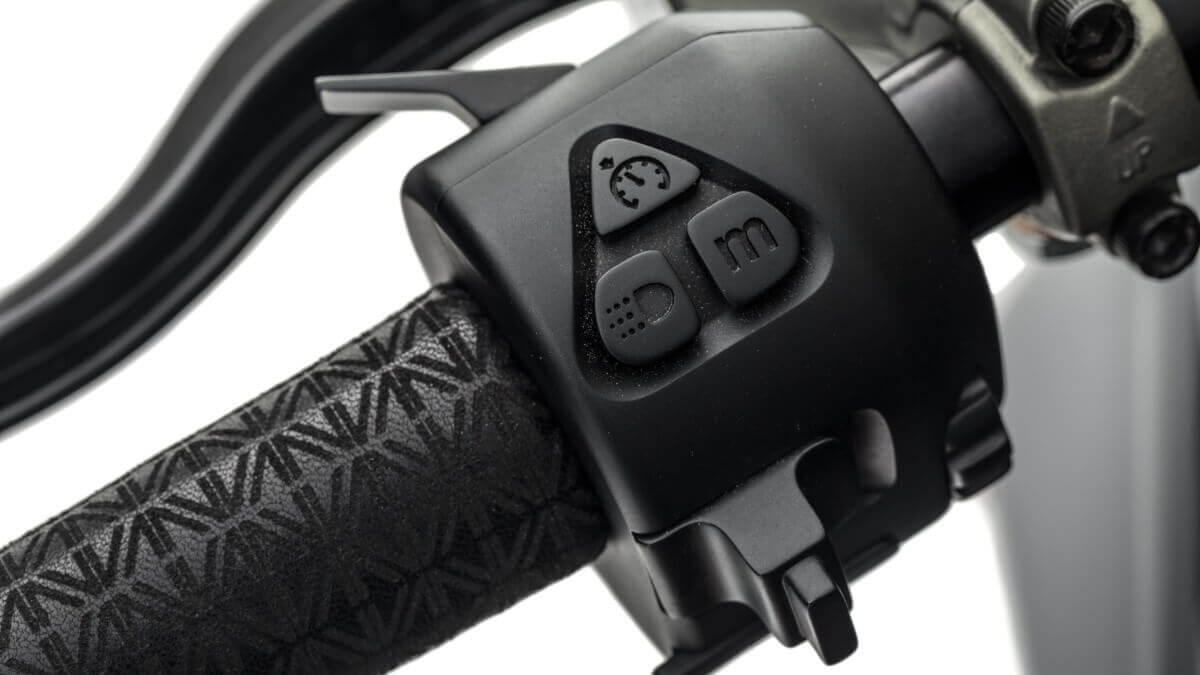 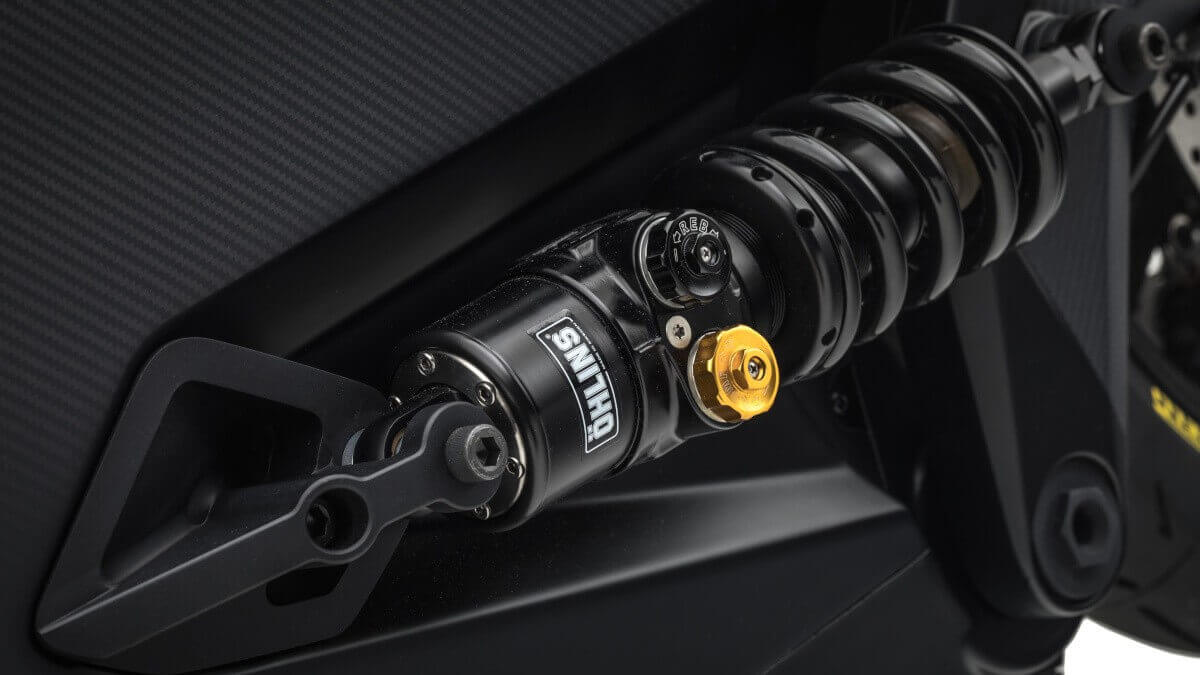 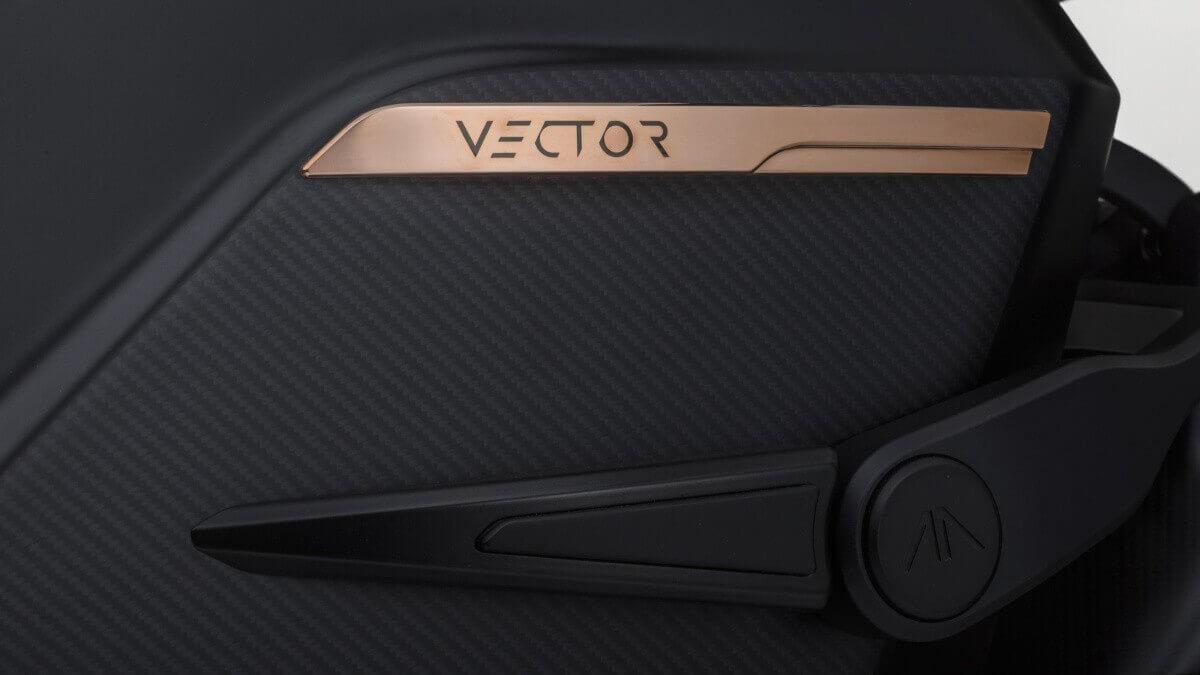 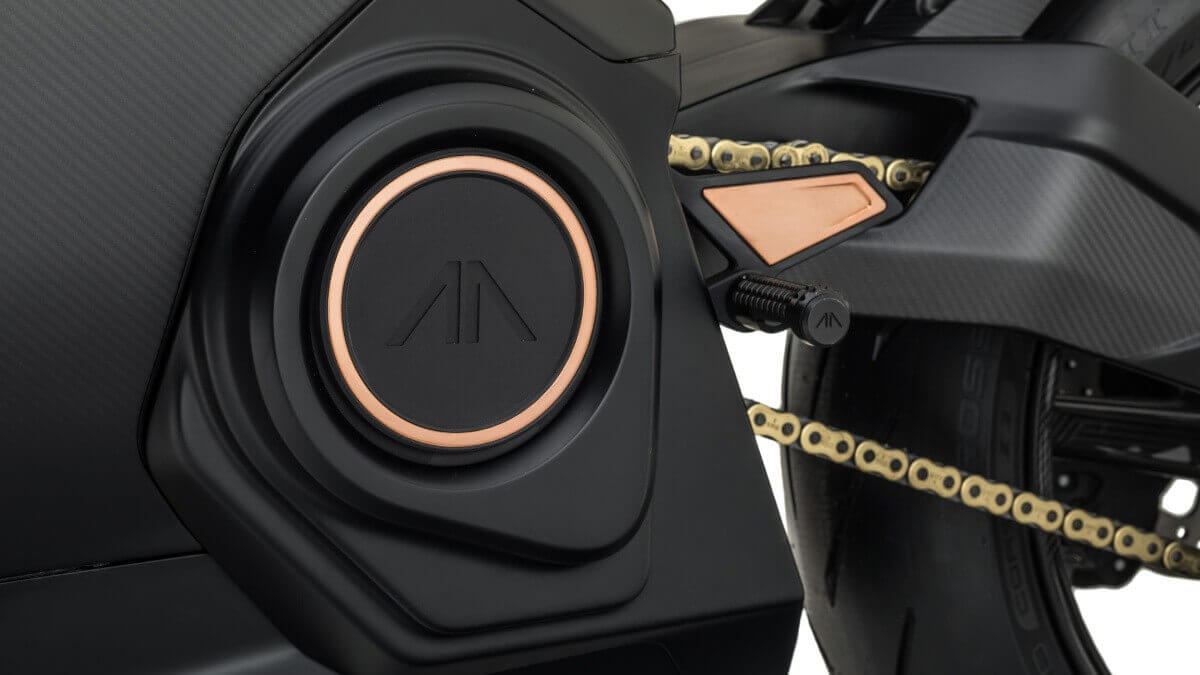 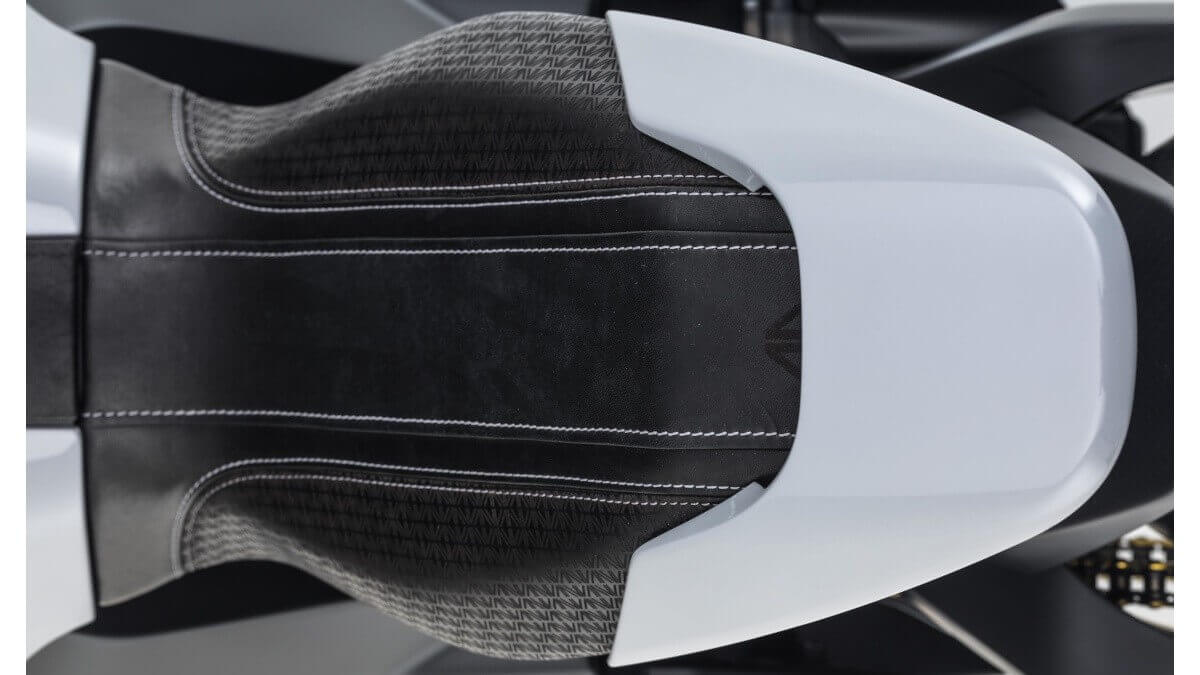 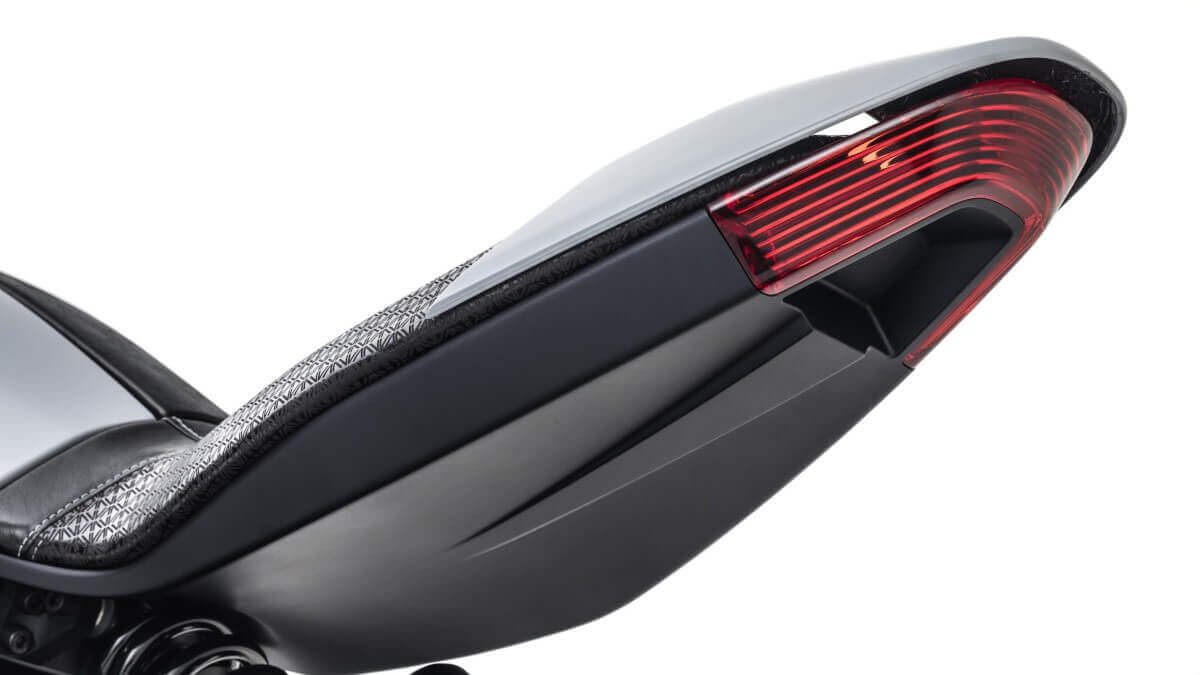 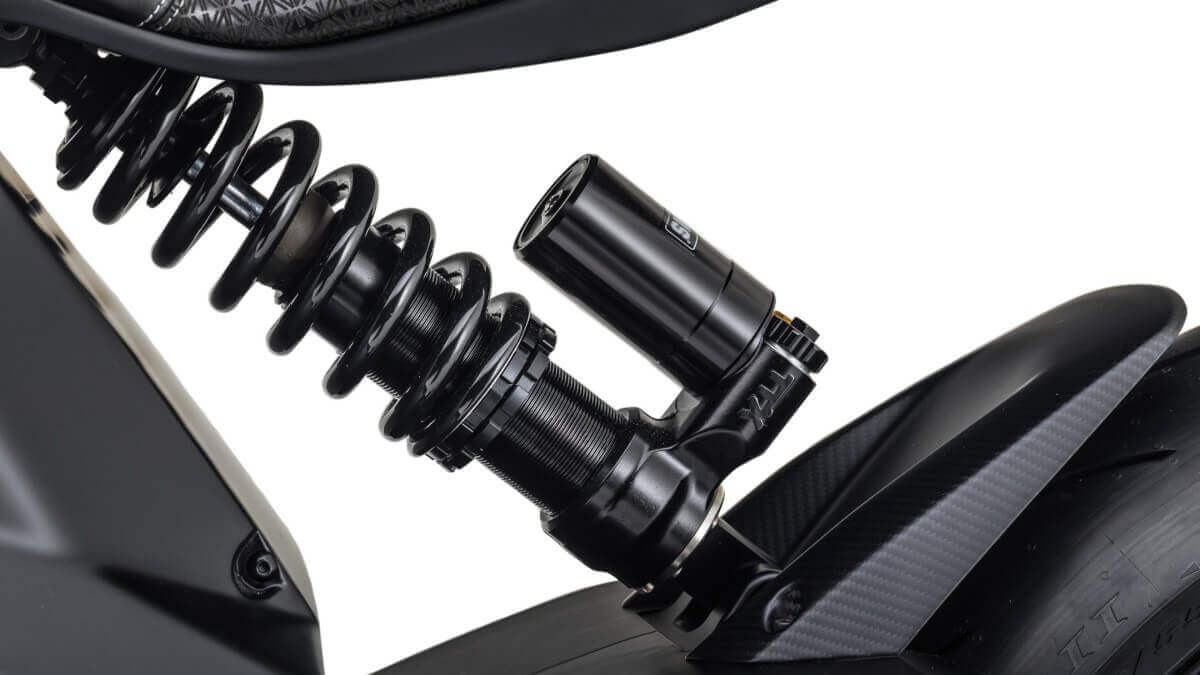 The Arc Vector is currently undergoing driving tests on test tracks and airfields in the British Midlands. In these tests, especially possible problems with the new front fork should be eradicated, which, in contrast to common systems, doesn’t grap the front wheel from above, but from behind. Arc boss and founder Mark Truman says: “The system we’ve developed gives the bike low-speed control. There are a handful of manufacturers who’ve implemented hub-centre steering in the past, but they did so with an anti-dive system. Riders want the bike to dive under braking, that’s what we’re used to. For the Vector, we’ve created a system that has all the benefits of HCS but which feels like a set of forks. The advantage is stiffness which allows for a steep rake angle and a chassis that enables fast changes of direction with stability at high-speed. What we’ve devised is the best of both worlds with none of the negatives.”

The market launch of the Arc Vector is planned for late 2020. Interested parties can already register for the limited production run of only 399 numbered and built-to-order electric bikes. Base price should be around £ 90,000.