The tenth book of the Exceptional Cars series deals with the Alfa Romeo T33/TT/3, specifically with the exact history of the car with chassis number 115.72.002. However, Ian Wagstaff first deals with the general motorsport history of the Alfa Romeo brand. Then he presents the Tipo 33 and its development in more detail. This led over some steps to the T33/TT/3 of 1972. This open sports car prototype served the works team Autodelta in the Sports Car World Championship. However, the highlight of the year was only a second place at the Targa Florio in Sicily – with 115.72.002. 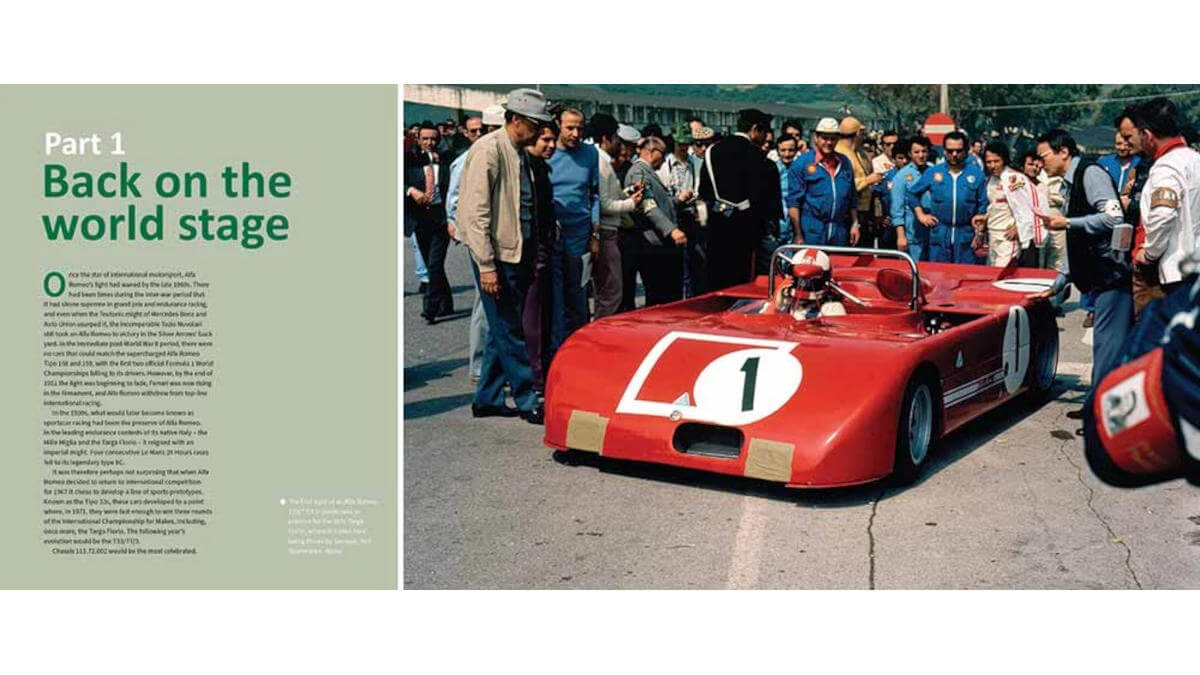 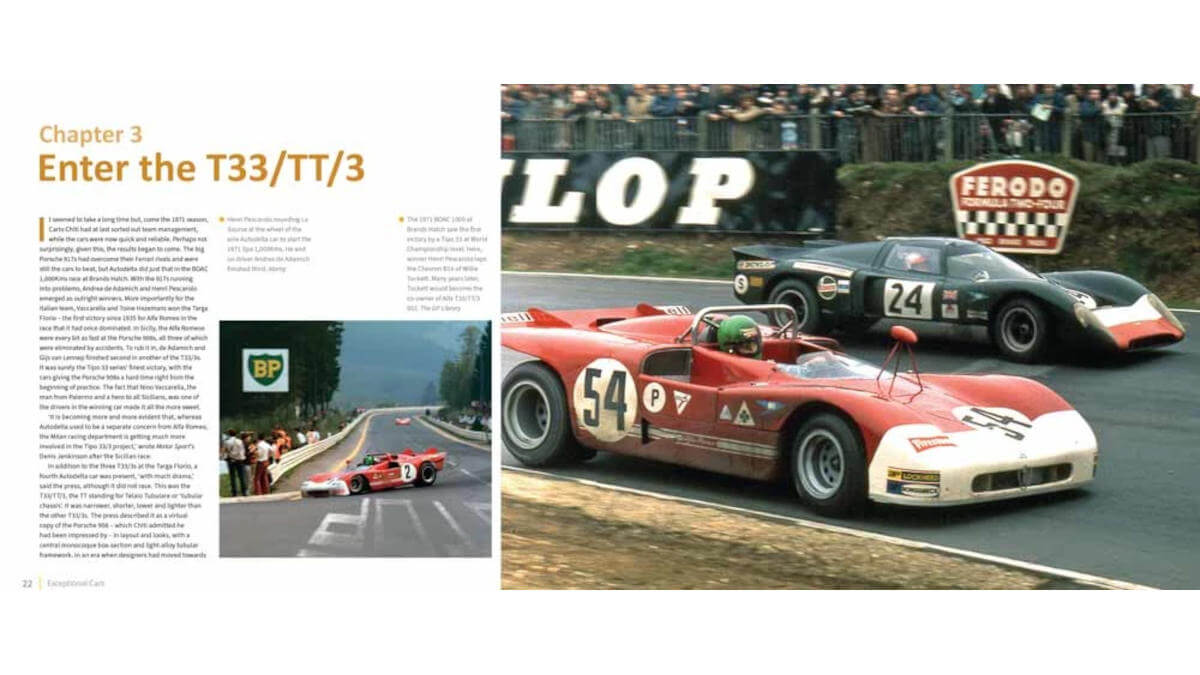 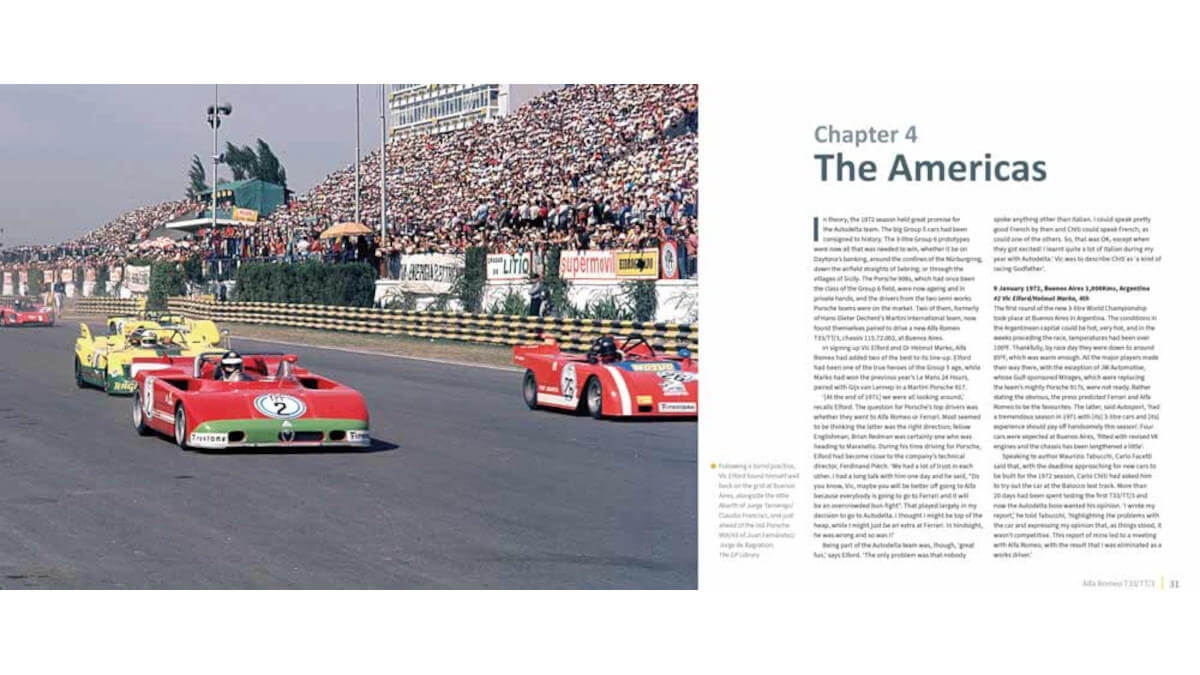 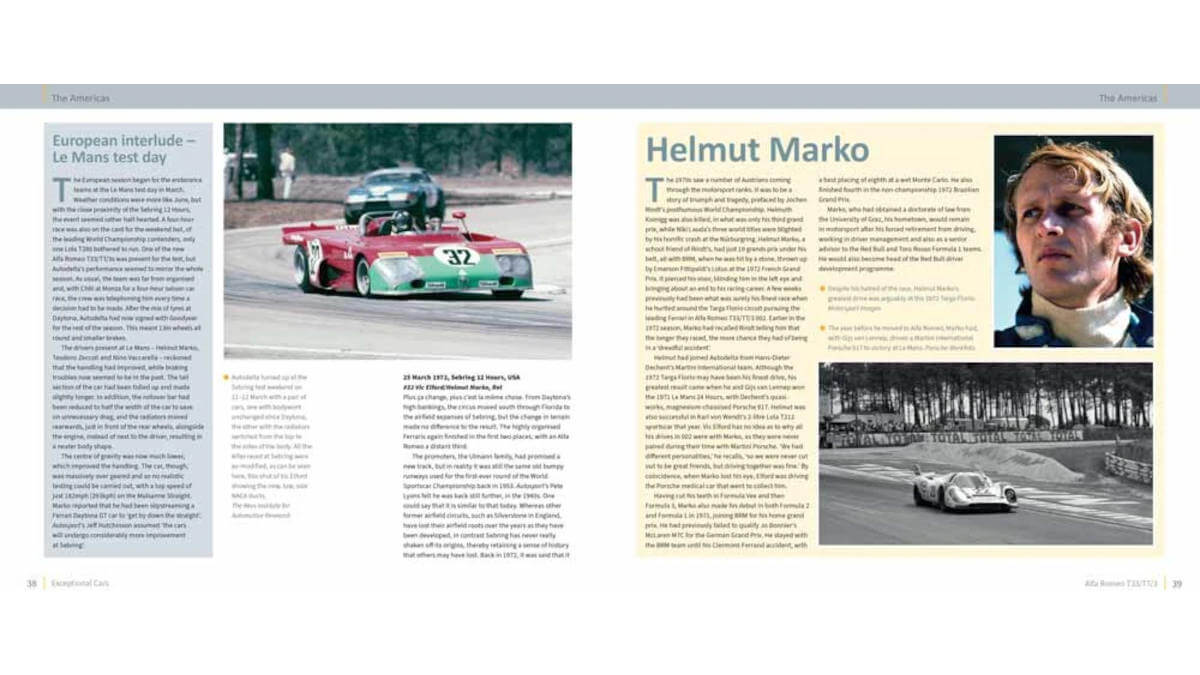 Following their careers with the factory team, privateers continued to compete with the Alfa Romeo T33/TT/3. 115.72.002 made its way to Greece, among other places, where George Mochous took part in various hillclimb races. In the late 1980s, Andrew Fletcher and Willie Tuckett competed in races in Japan and South Africa with this Alfa. Current pictures in the book show the car today, with Martin Halusa competing in historic races with his sons Lukas and Niklas. Ian Wagstaff, the author of this 128-page book, began his career as a motorsports reporter back in the 1970s at Motor Sport magazine. As a result, he experienced much of the active phase of the Alfa Romeo Tipo 33 live. The result of his research comes with more than 130 photos priced at £ 30 from publisher Porter Press. The ISBN is 978-1-907085-34-5.