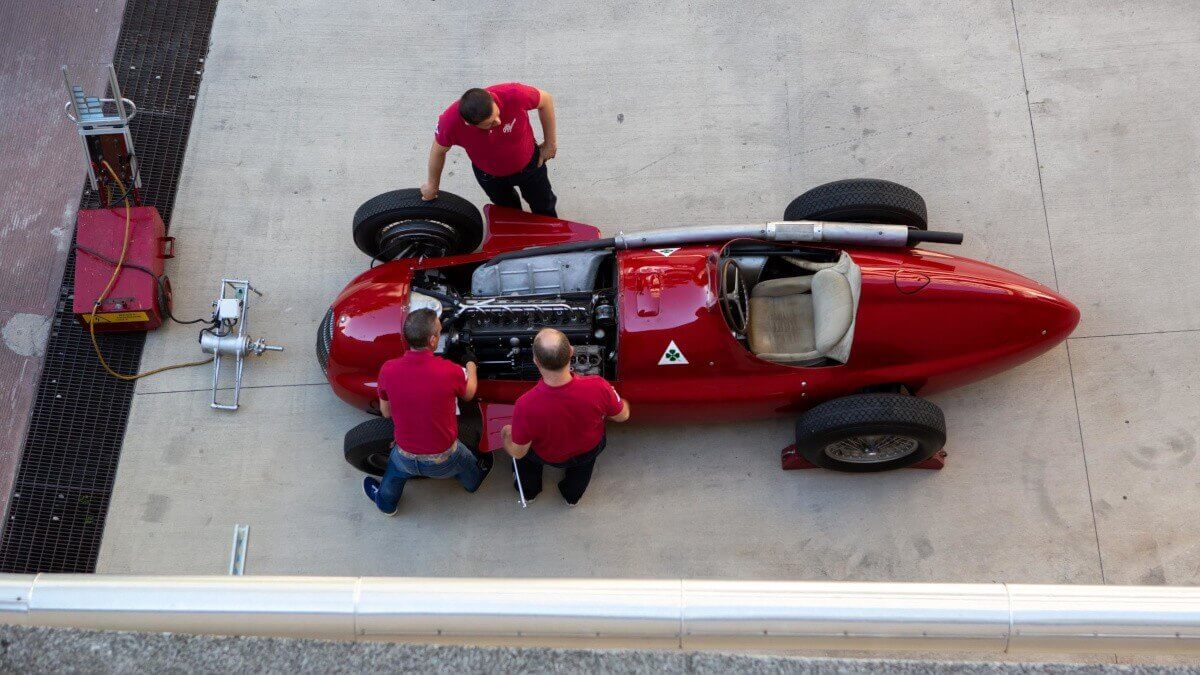 Last year Alfa Romeo returned to Formula 1 as a title sponsor of the Sauber F1 Team, which they finally took over completely for this season. However, the Italian brand has a much longer history in the premier class of motorsport. After they already participated in Grand Prix racing in the prewar years with Enzo Ferrari as race director, they started from 1950 in the newly announced Formula 1 World Championship. For this purpose, the racing department had specifically hidden the 158 Alfetta during wartime, which was already developed in 1938, in the shed of a nearby farm under a false pile of wood. In fact, this cunning plan had worked and the racecar had survived the bombardment in the surrounding environment absolutely unharmed. In 1947 and 1948 the car was used in some formula-free events and used the findings to eliminate problems.

Under the bonnet was a 1.5-liter inline eight-cylinder engine with a Roots supercharger. The model name derived from the displacement (15) and the cylinders (8). Originally the car developed about 200 hp, which was increased to 350 for 1950. This power was transmitted to the rear wheels via a four-speed gearbox mounted at the rear axle together with the limited slip differential. This design was later found on street models such as the Alfa Romeo 75 and the Zagato derevatives SZ and RZ. Nino Farina proved that this concept worked right away by winning the very first Formula 1 race on 13 May 1950 in Silverstone. Alfa Romeo won all 11 races of the season and Farina became the first ever F1 Champion. The claimed topspeed was 181 mph. 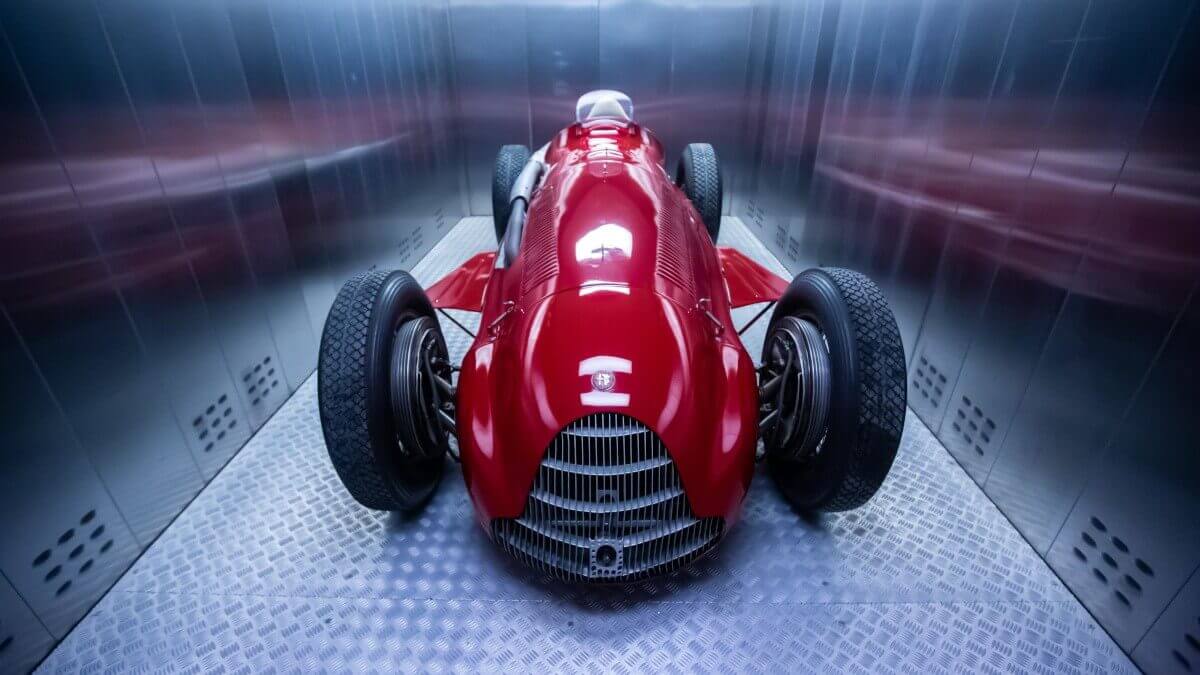 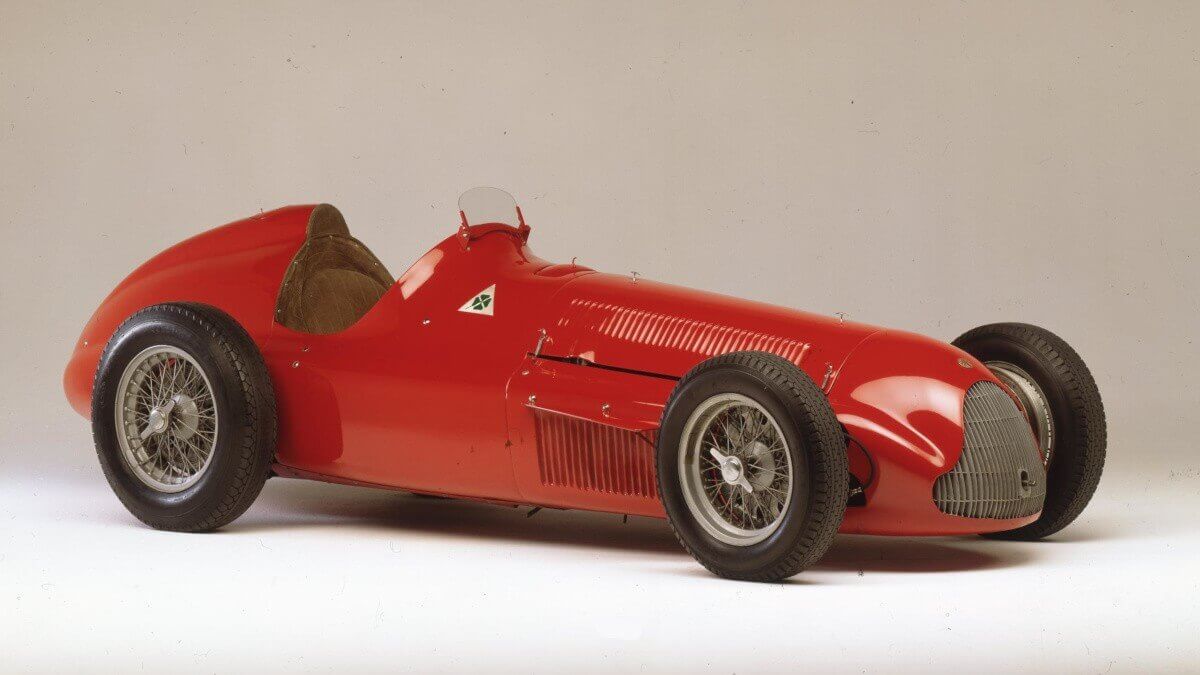 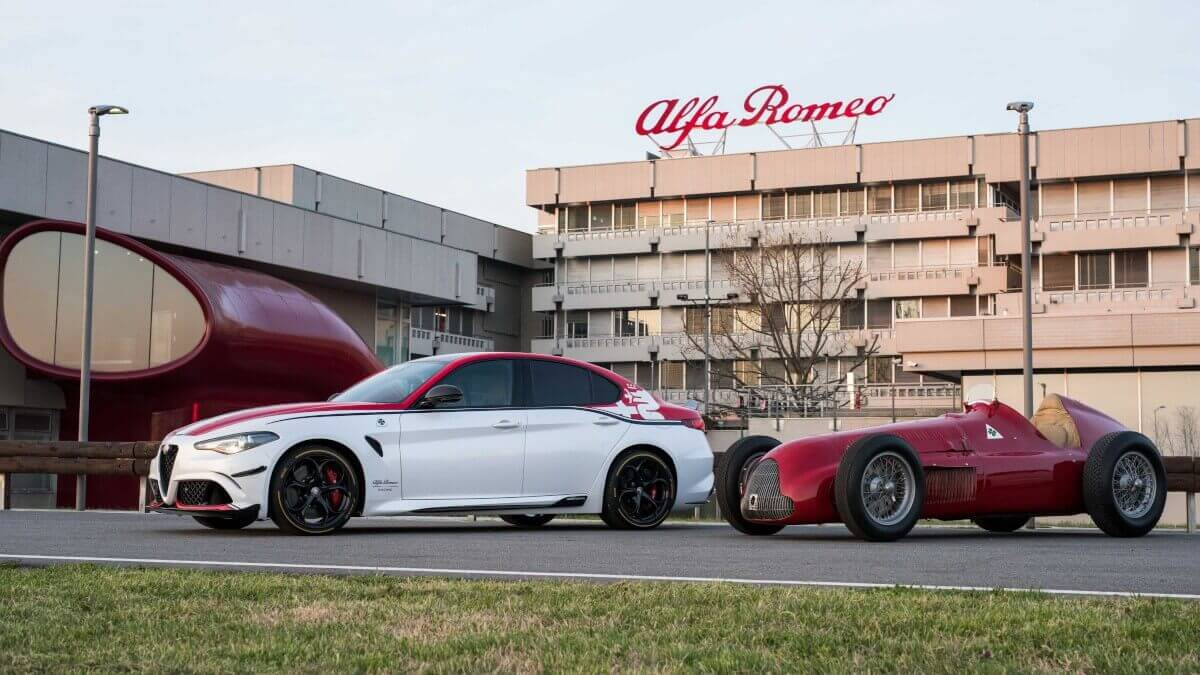 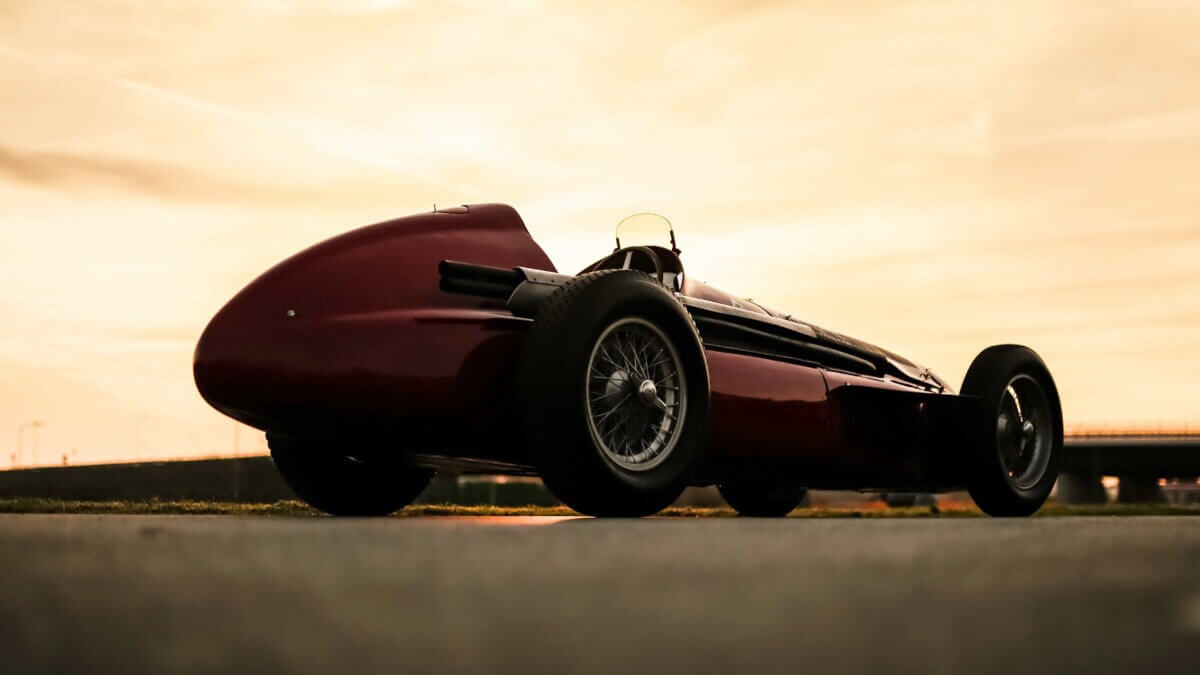 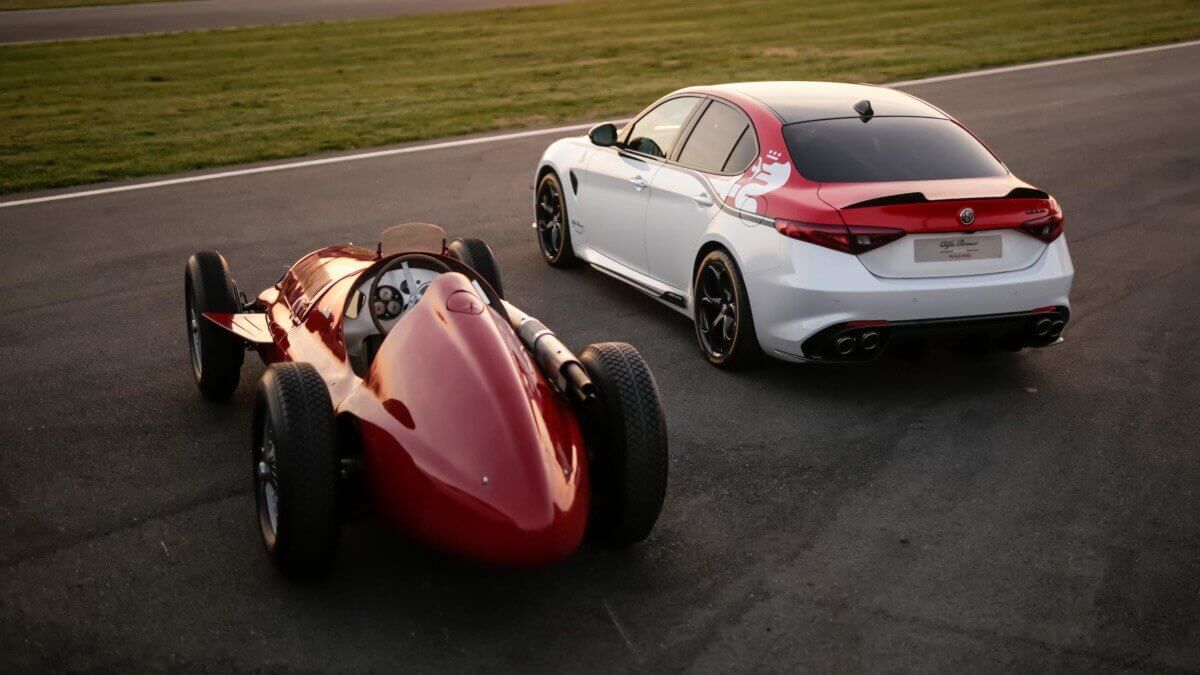 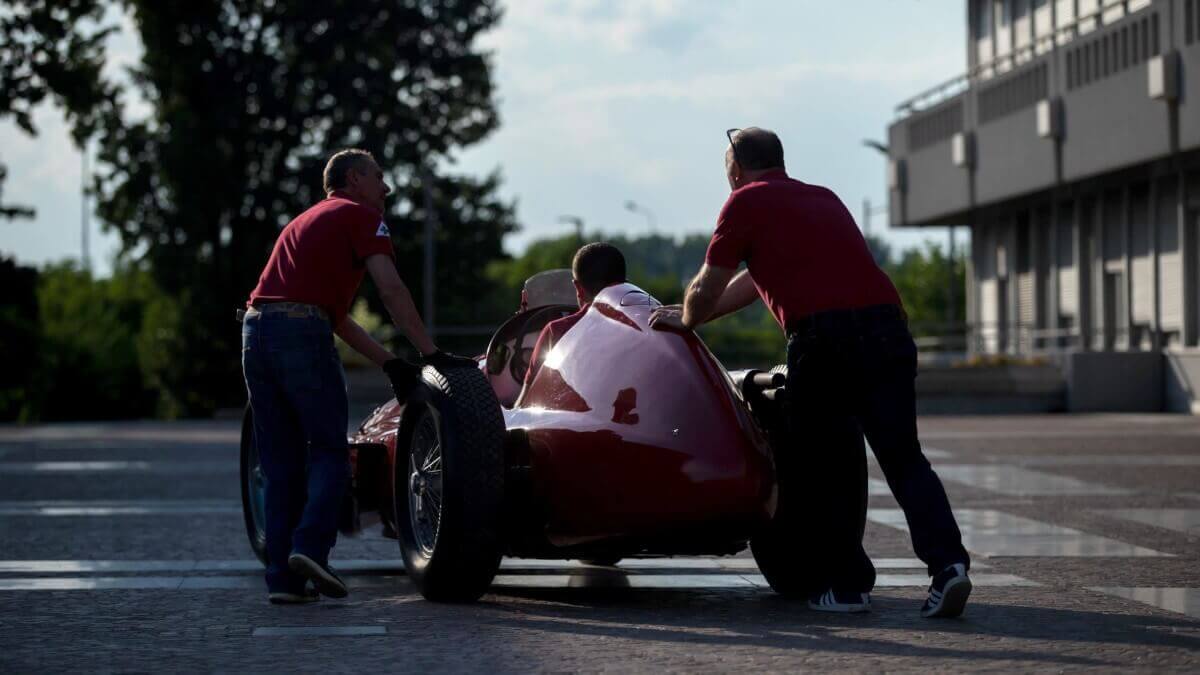 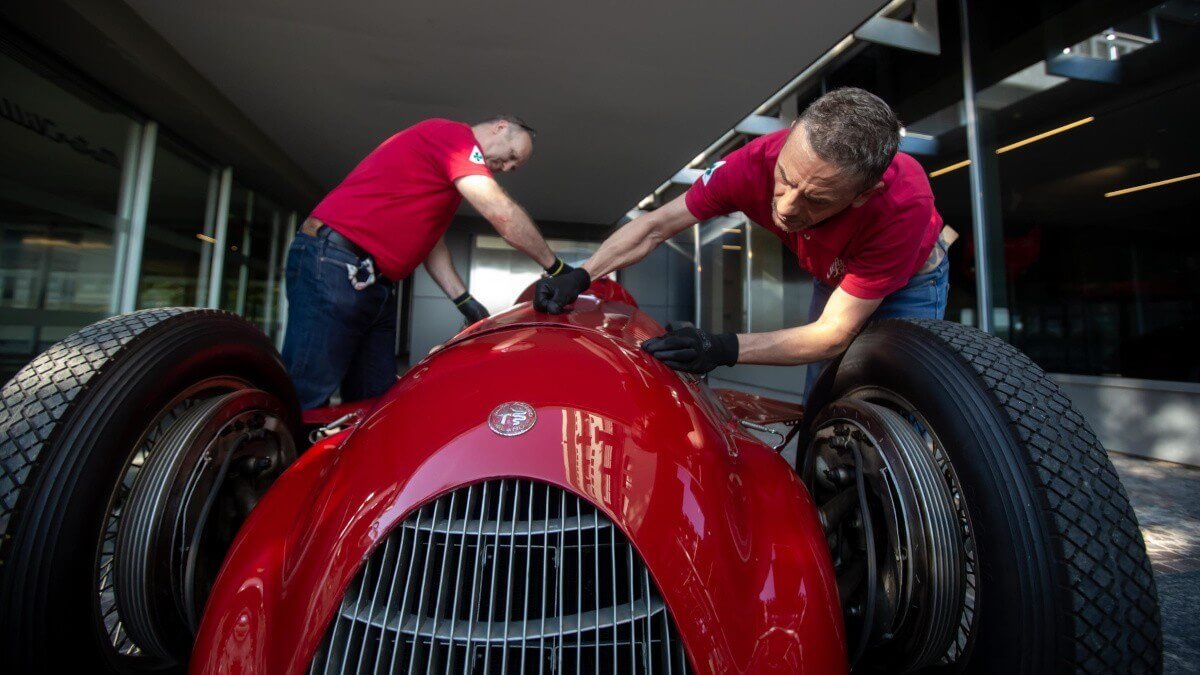 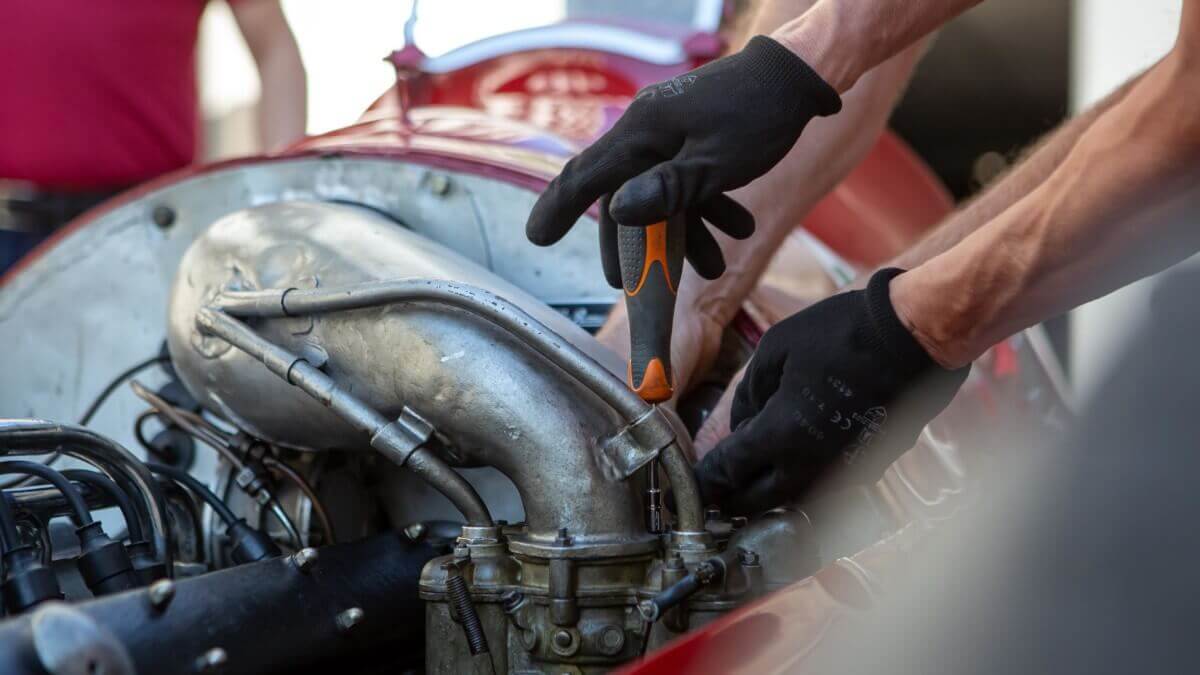 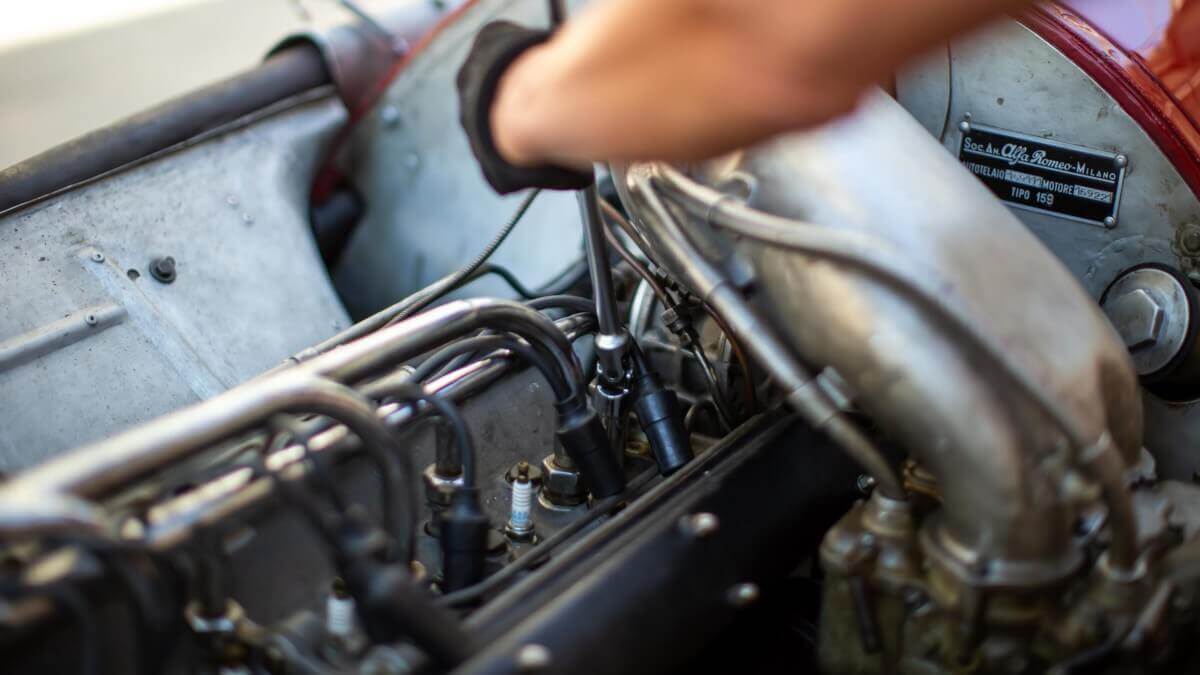 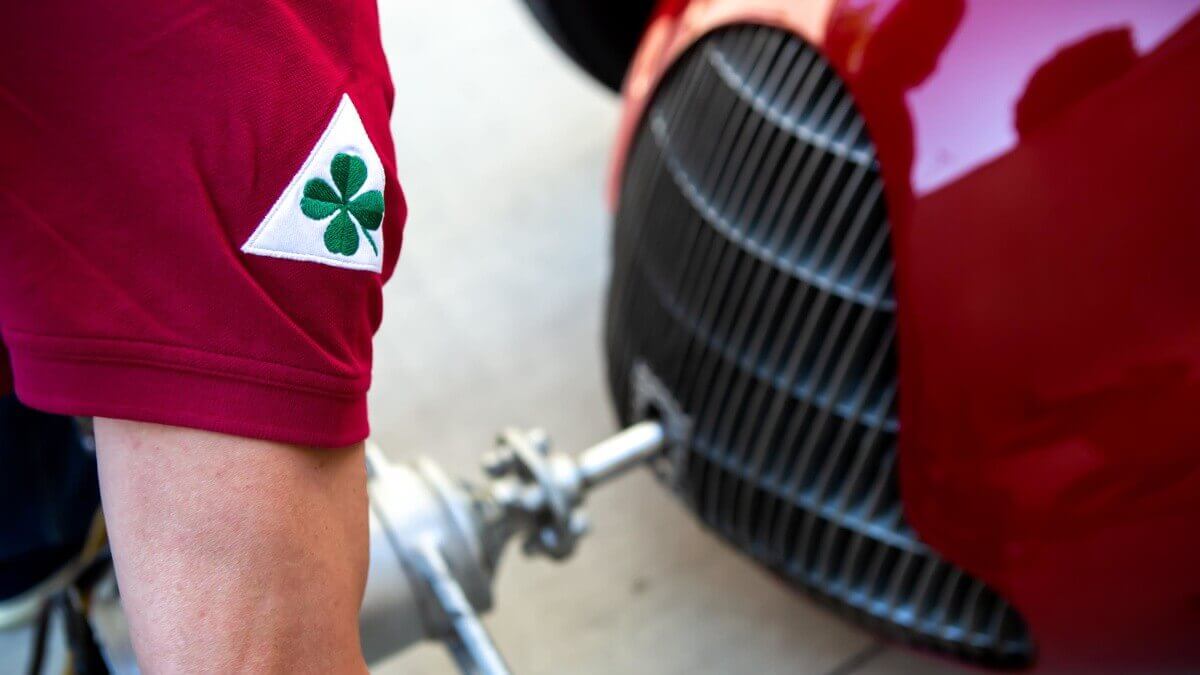 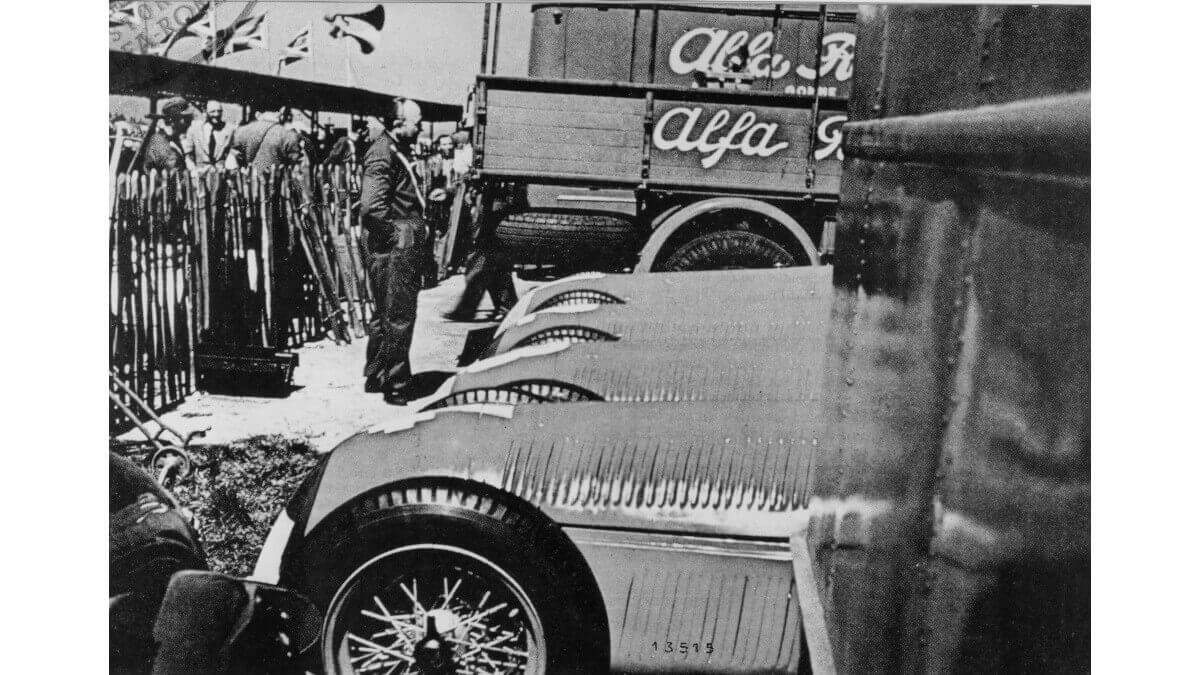 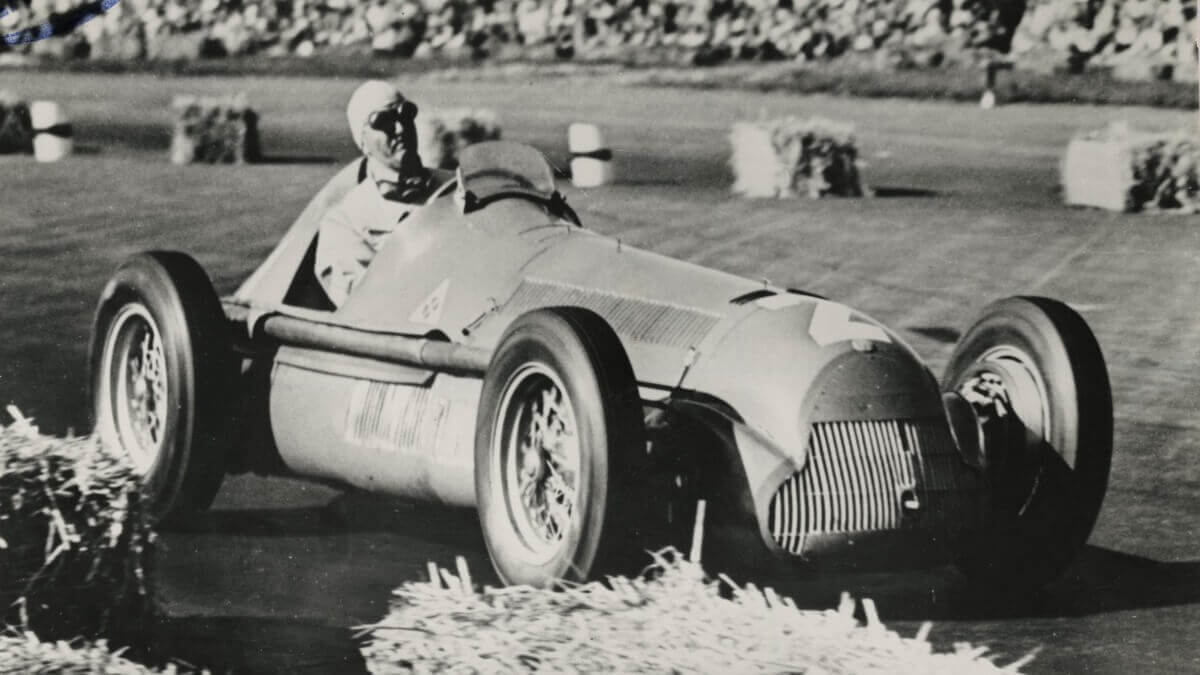 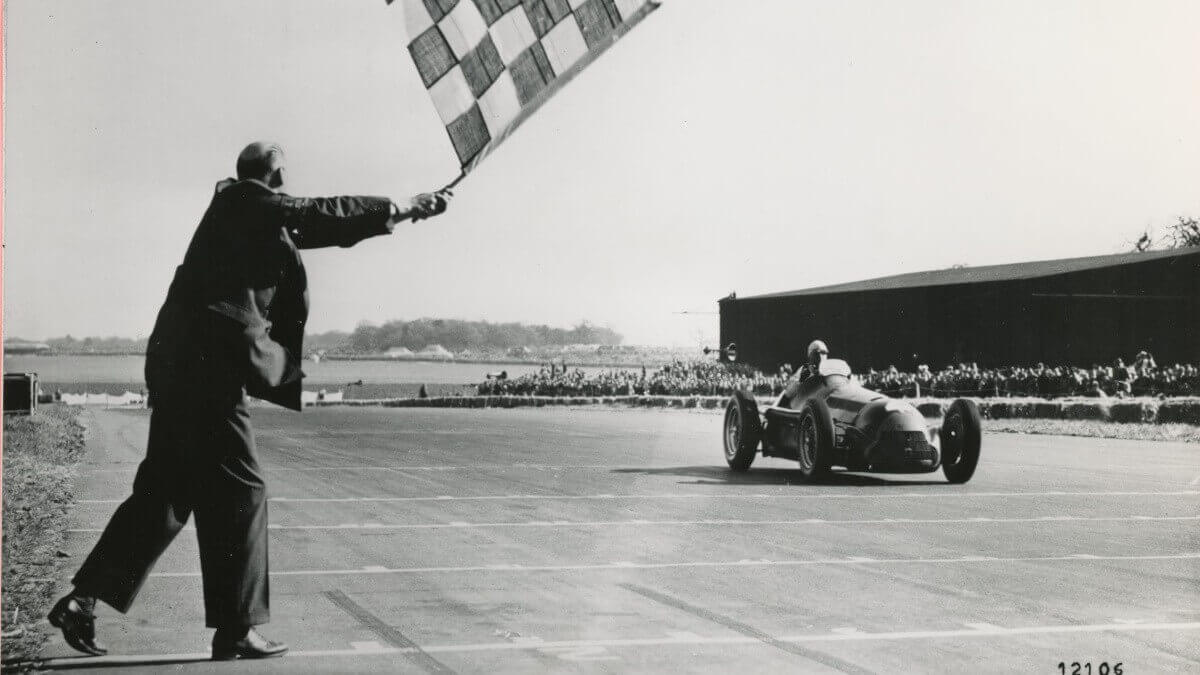 For 1951 Alfa Romeo developed the car into the Tipo 159 Alfetta. After the Italian brand raced very successful with the ‘three F’ (Farina, Fangio and Fagioli) as well as Reg Parnell in the fourth car in 1950, they continued successfully in the following year. Juan Manuel Fangio drove the approximately 425 to 450 hp monoposto to his first World Championship. However, after the 1951 season, Alfa Romeo retired from motorsport. Only in the 1970s they returned as an engine supplier in Formula 1.

On Sunday, the Tipo 159 Alfetta will be driven by Kimi Räikkönen during the F1 Driver’s Parade before the Grand Prix. Normally, this vehicle, which is part of the FCA Heritage Collection, is exhibited in the Alfa Romeo Museum in Milan.