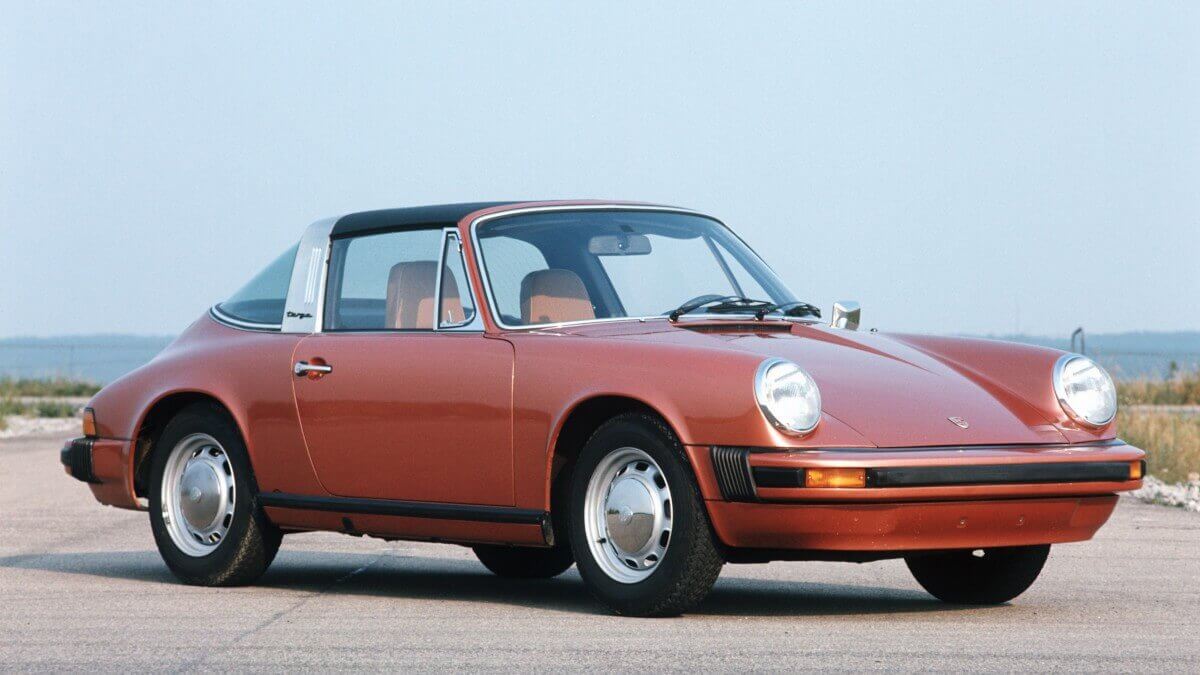 When Porsche switched from the 356 to the 911, two popular body variants were dropped: Cabriolet and Speedster. Although there were a few open 911 prototypes, these weren’t convincing in road tests because the basic structure was too soft. Under load, torsional forces prevented the doors from opening and cracks appeared in the sill area. Of course, this didn’t meet the high demands that Porsche placed on a production car. Accordingly, from 1963 onwards, the 911 was initially available exclusively as a Coupé. Soon customer requests for an open variant were received by dealers worldwide. In order not to disappoint them, work began again in Zuffenhausen. The engineers and designers also had to take into account a political development in the USA, which fortunately disappeared in hindsight. Due to increasing numbers of traffic accidents with fatalities, there were serious discussions there about a ban on convertibles as well as roadster and speedster models. It would have been correspondingly difficult for Porsche to bring a completely open 911 Cabriolet onto the market.

To make the roofless bodyshell more torsionally rigid, a wide, fixed rollbar was developed, the upper section of which was made of polished stainless steel between the side windows and along the roof. Above the heads of the driver and front passenger, a roof section could be removed, which could be partially folded up and stored in the boot. Behind the rollbar there was a plastic rear window which could also be opened. In August 1965 Porsche applied for a patent for this roof concept. The finished vehicle finally made its debut at the 1965 IAA (Frankfurt Motor Show) and rolled out to dealerships a year later as 911, 911 S and 912. In the search for a suitable model designation, Porsche looked around for famous race tracks and events and quickly came up with the Targa Florio in Sicily. Porsche had already been celebrating successes in this major road race since the mid 1950s. At the beginning there were indeed efforts to baptize the open version ‘911 Flori’ in reference to this race event, but finally the German sales manager Harald Wagner averted this with a simple question: “Why don’t we just call the Targa?” This term means as much as ‘protective shield’ in Italian and therefore fits perfectly to the claim of a safety convertible. 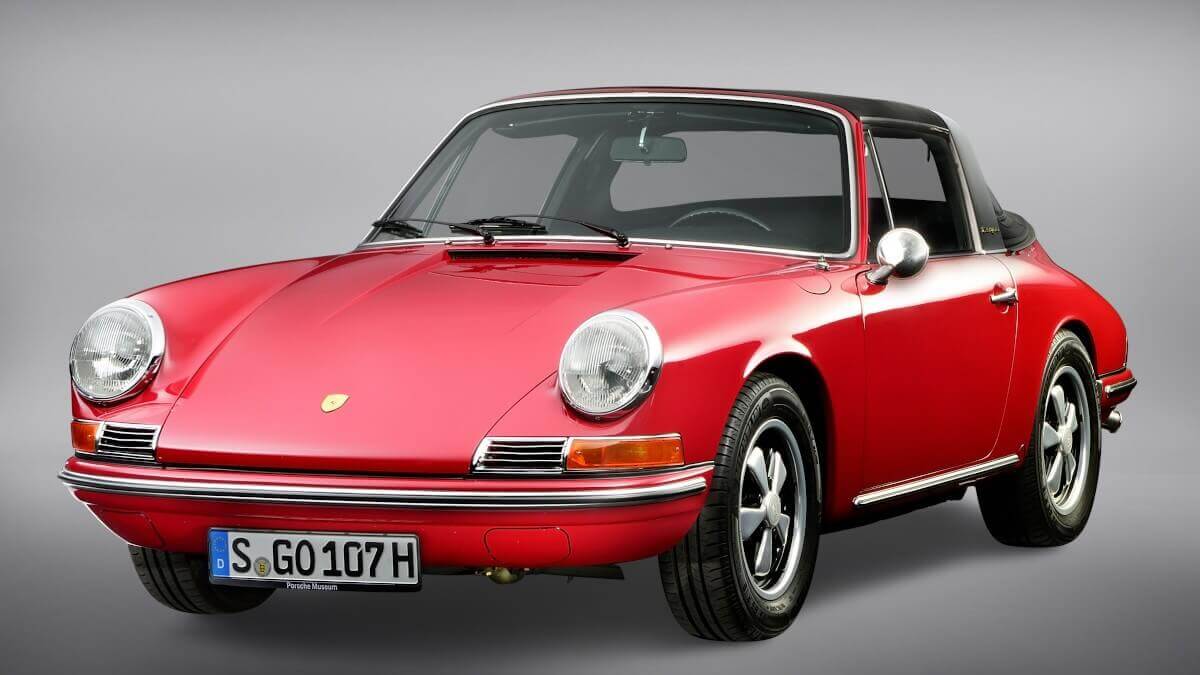 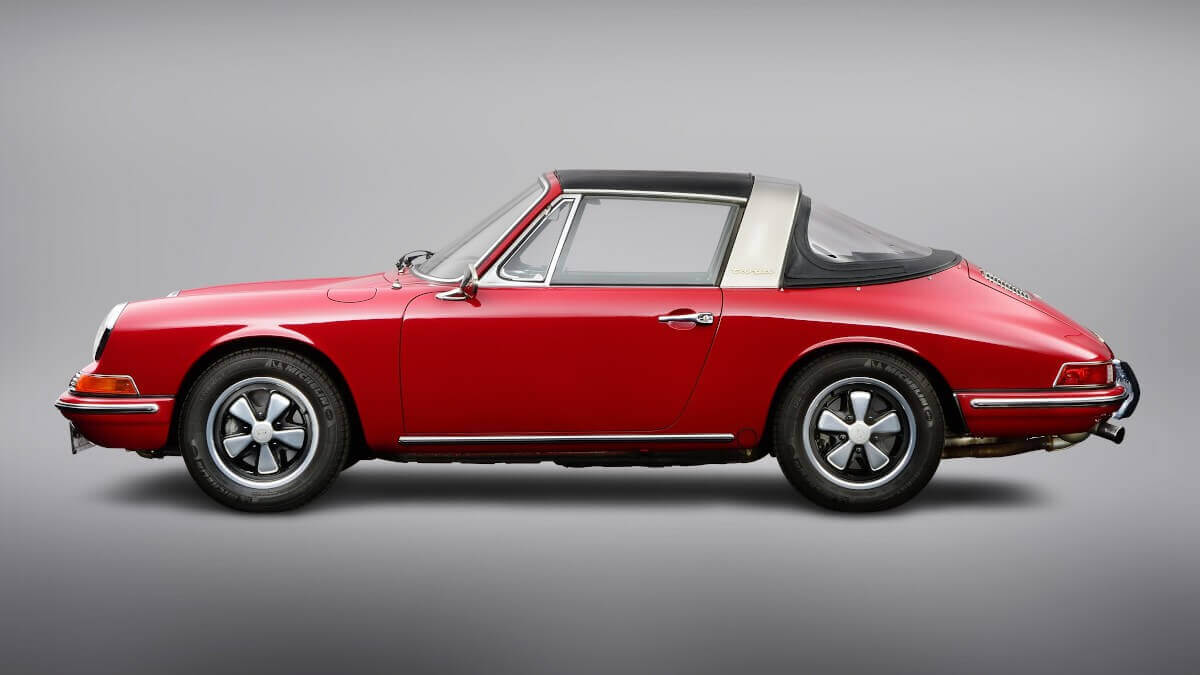 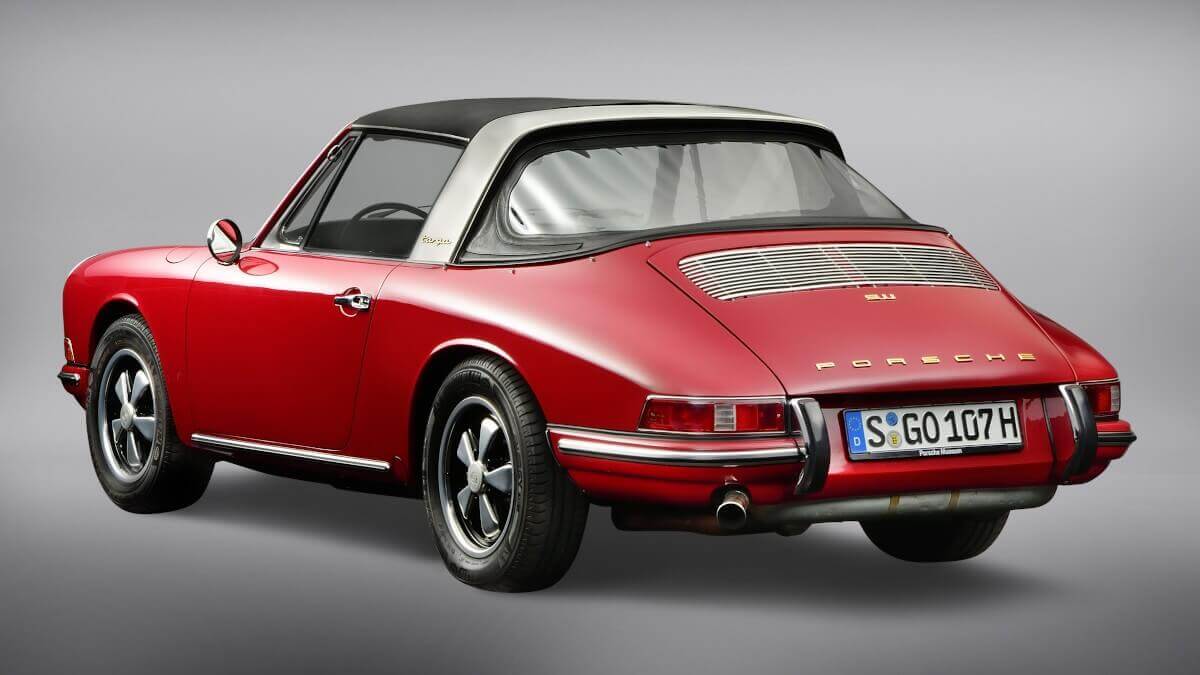 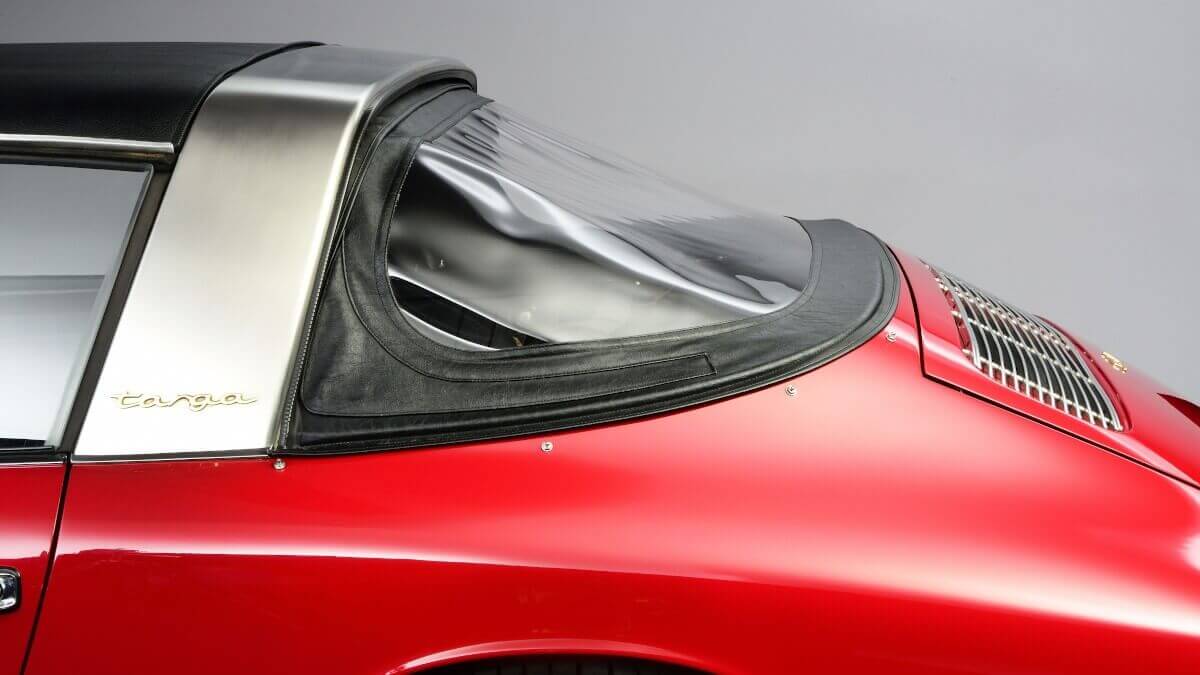 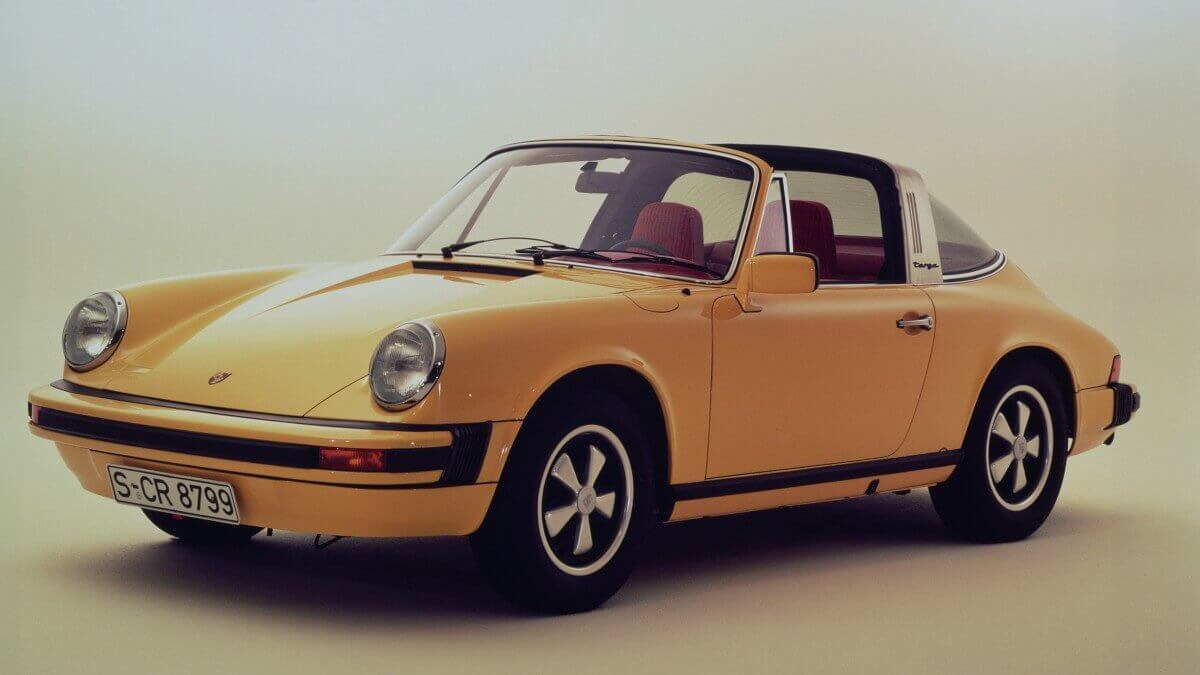 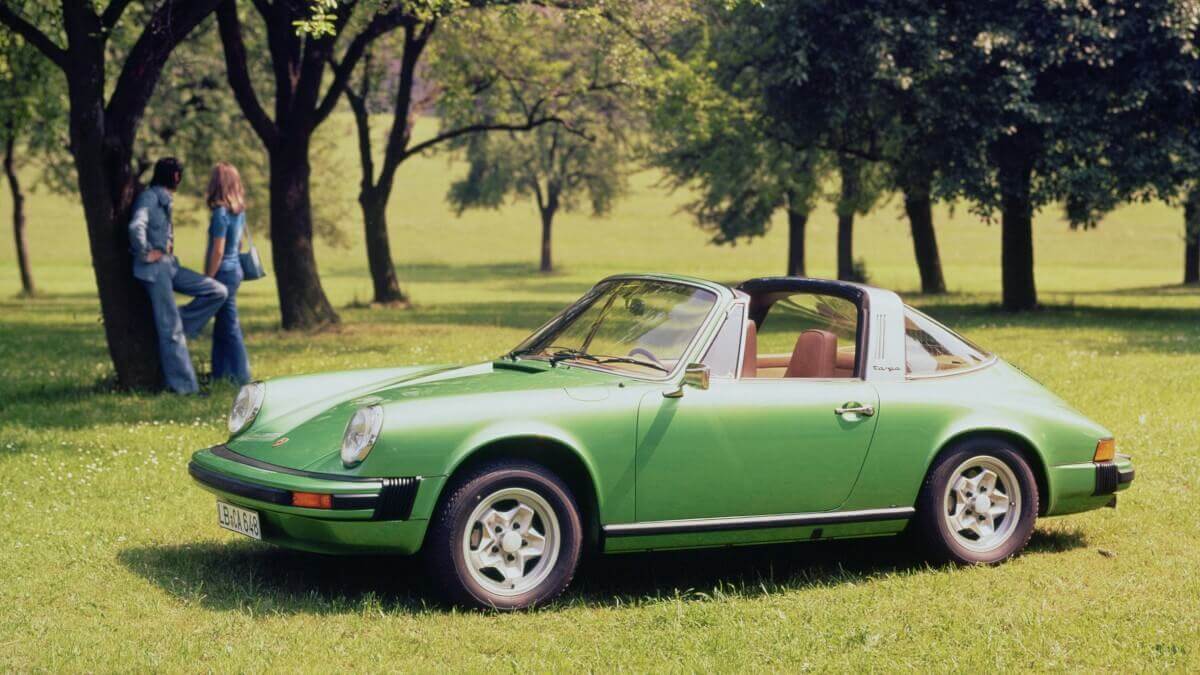 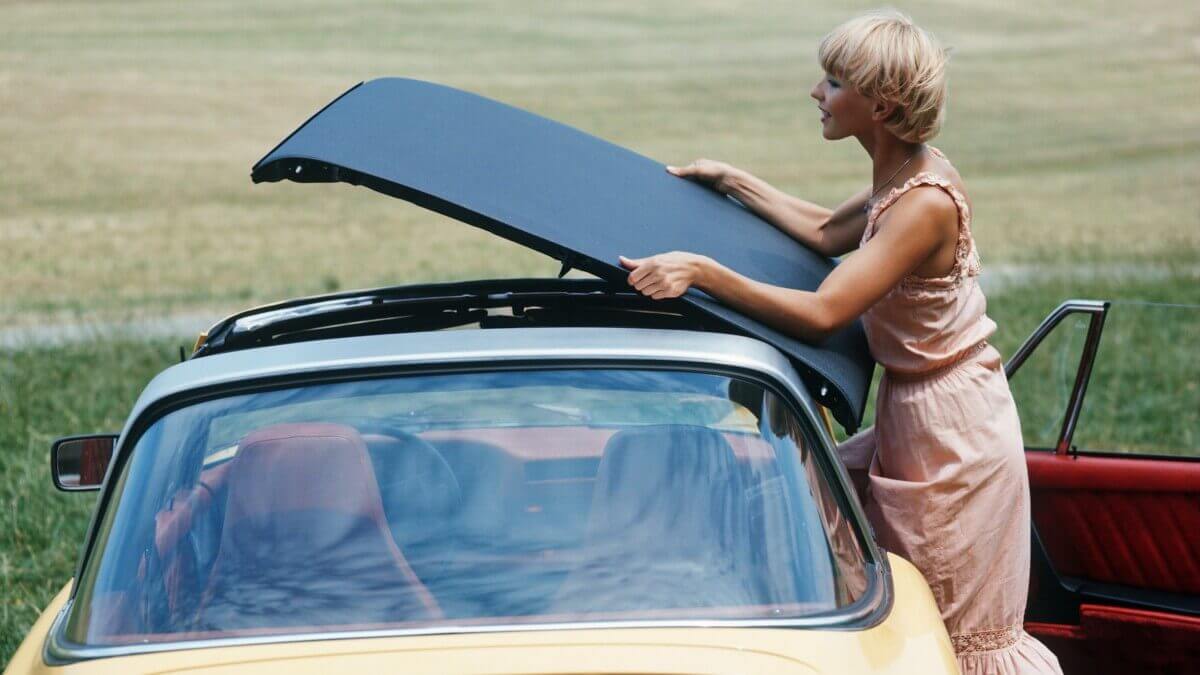 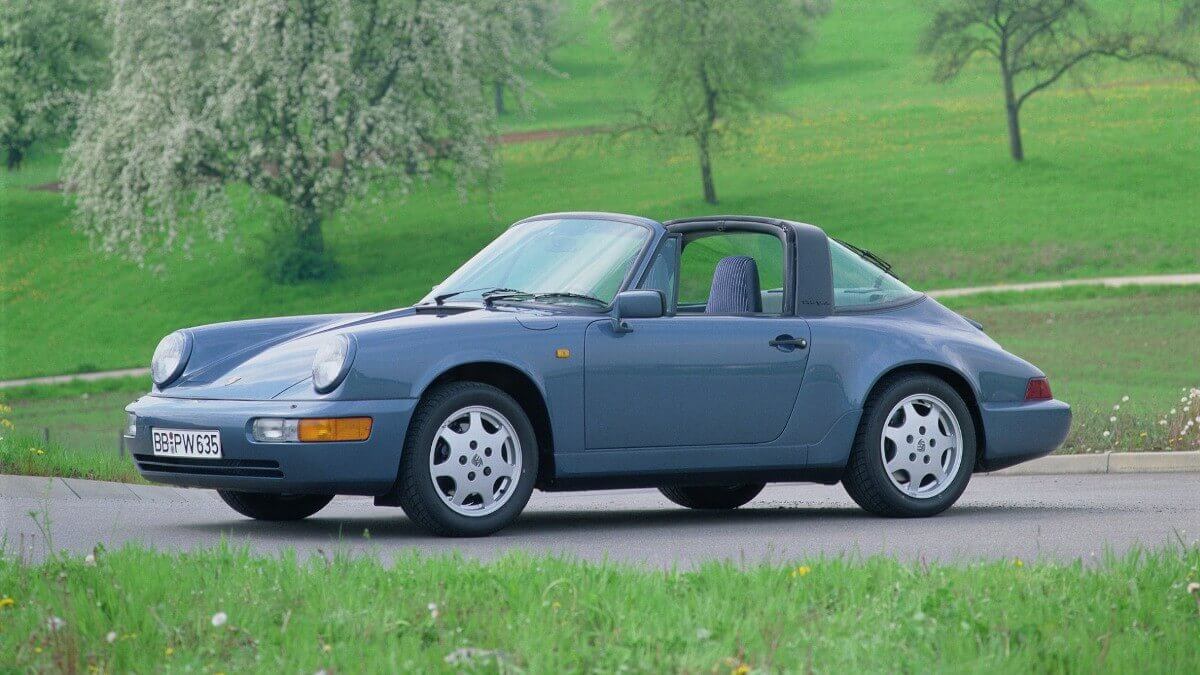 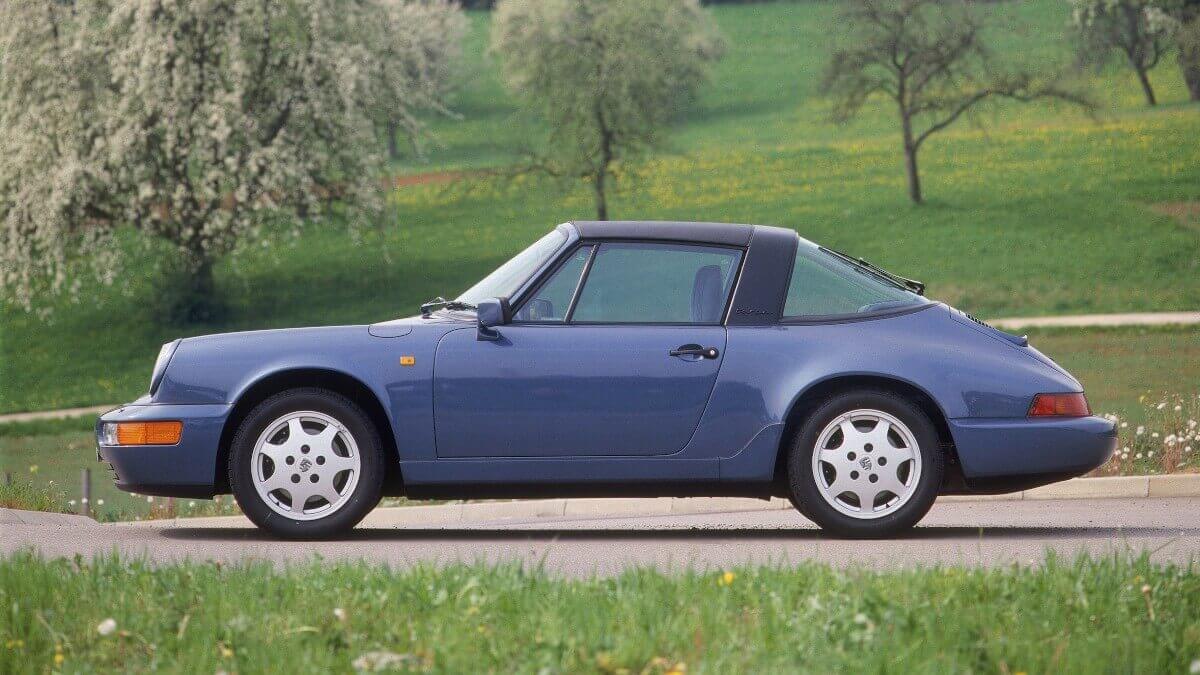 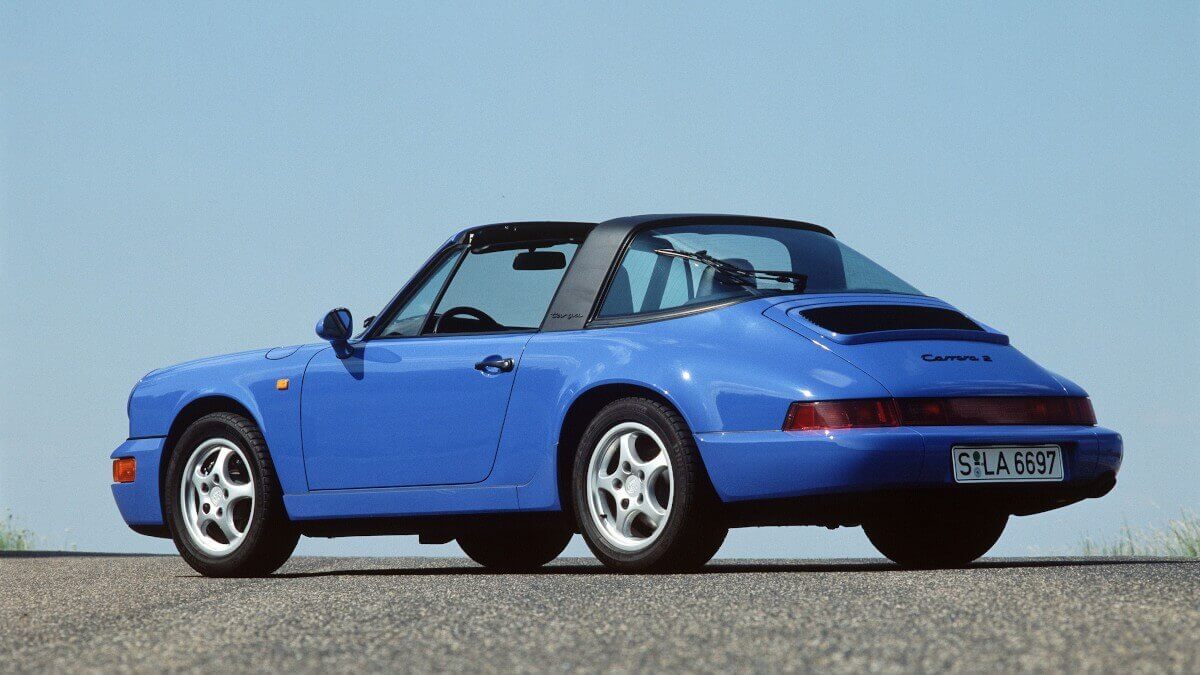 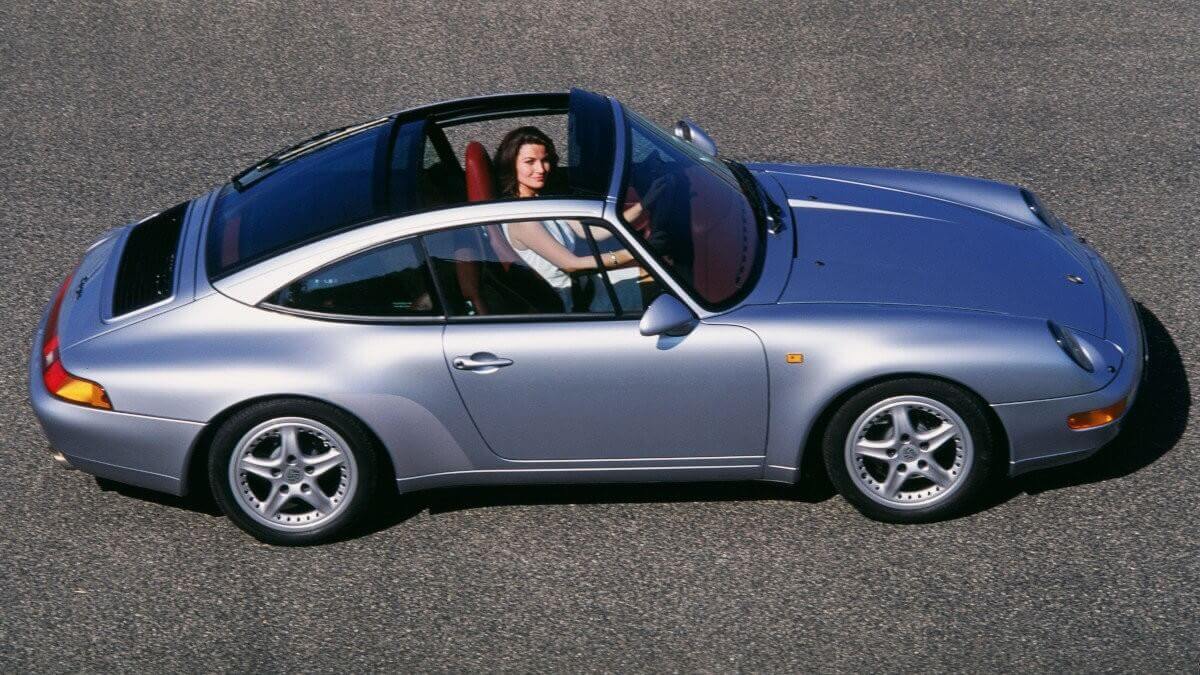 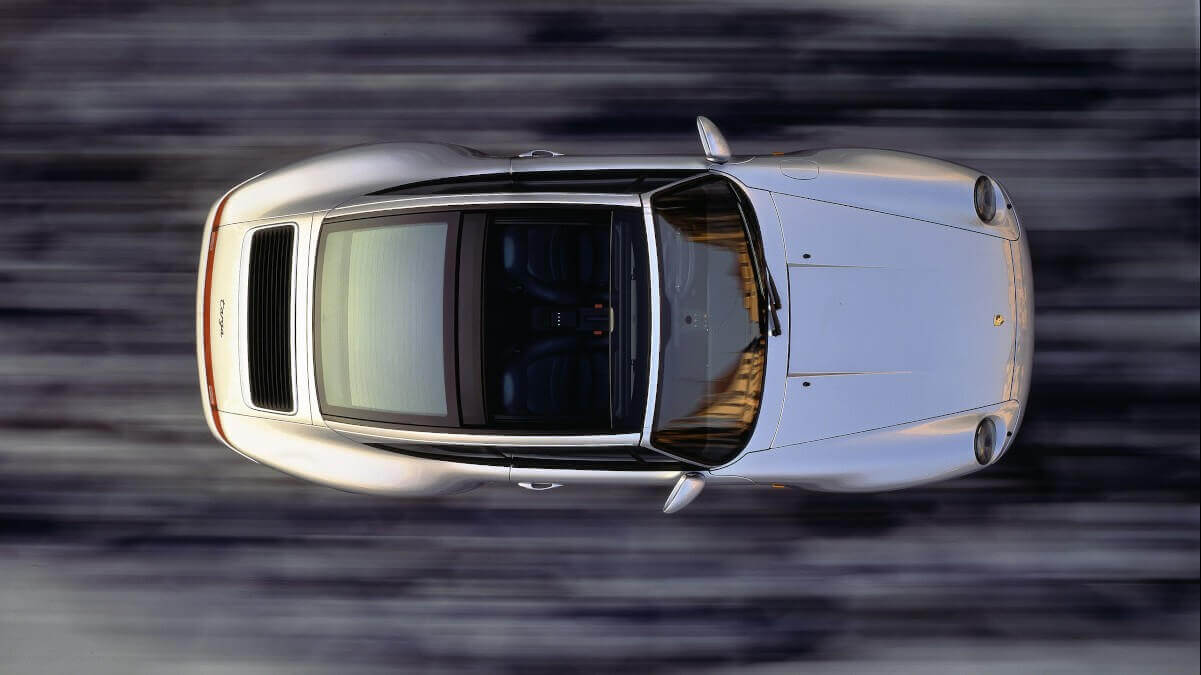 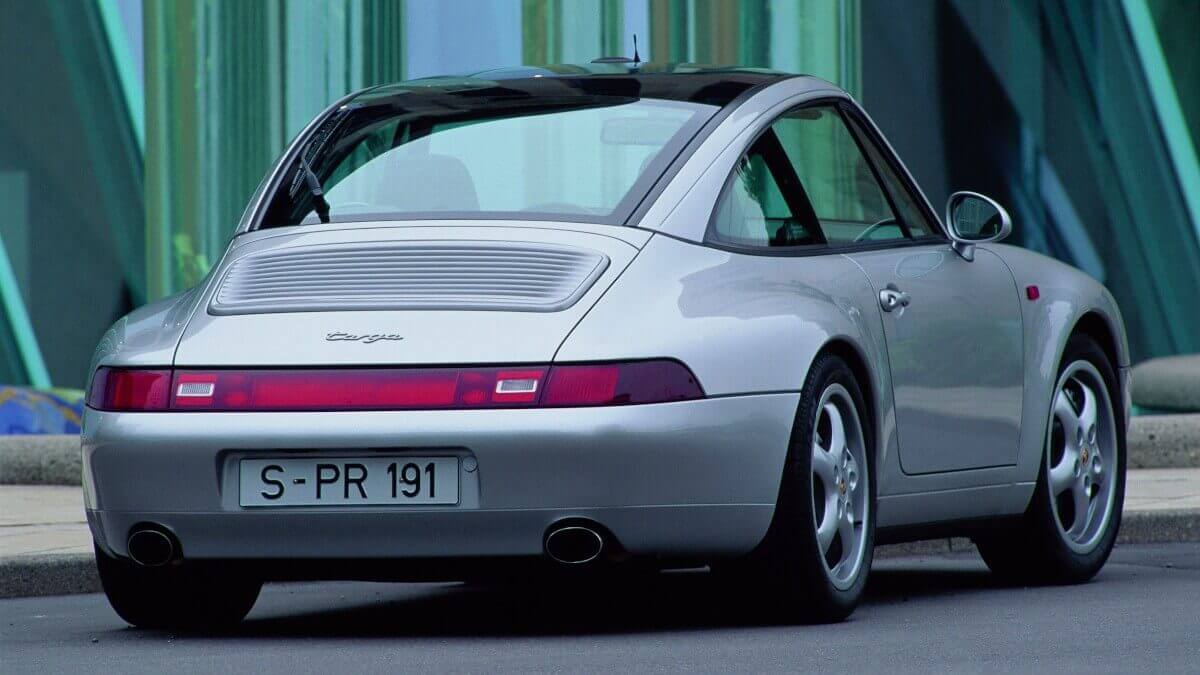 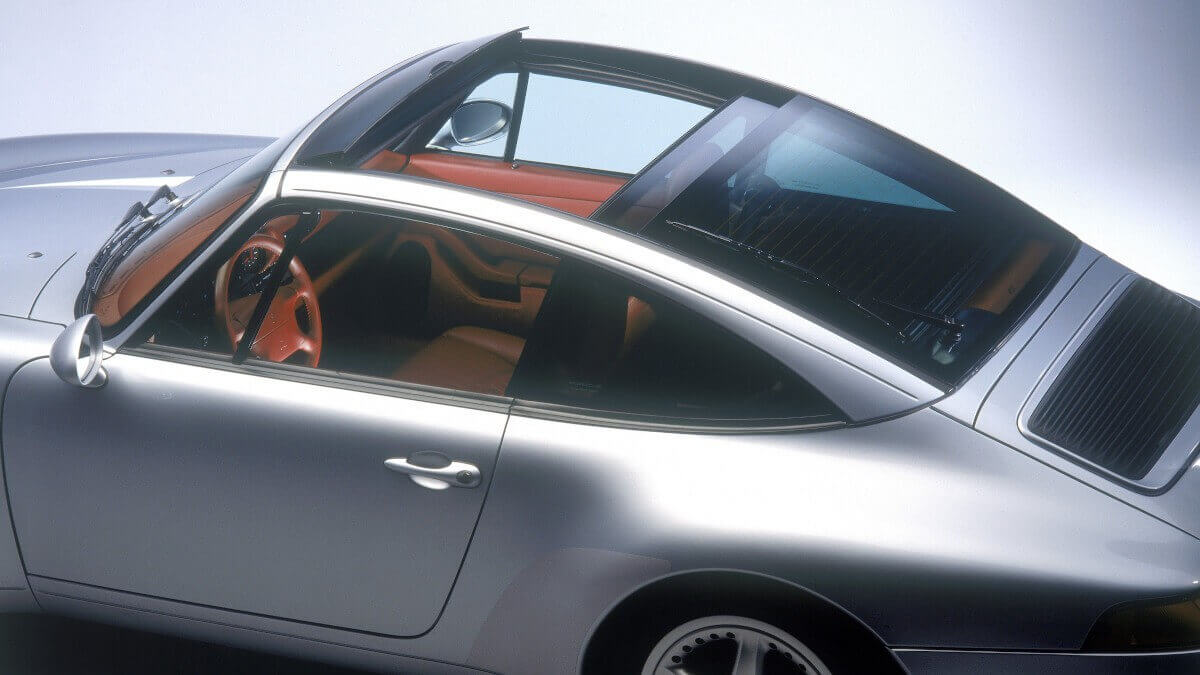 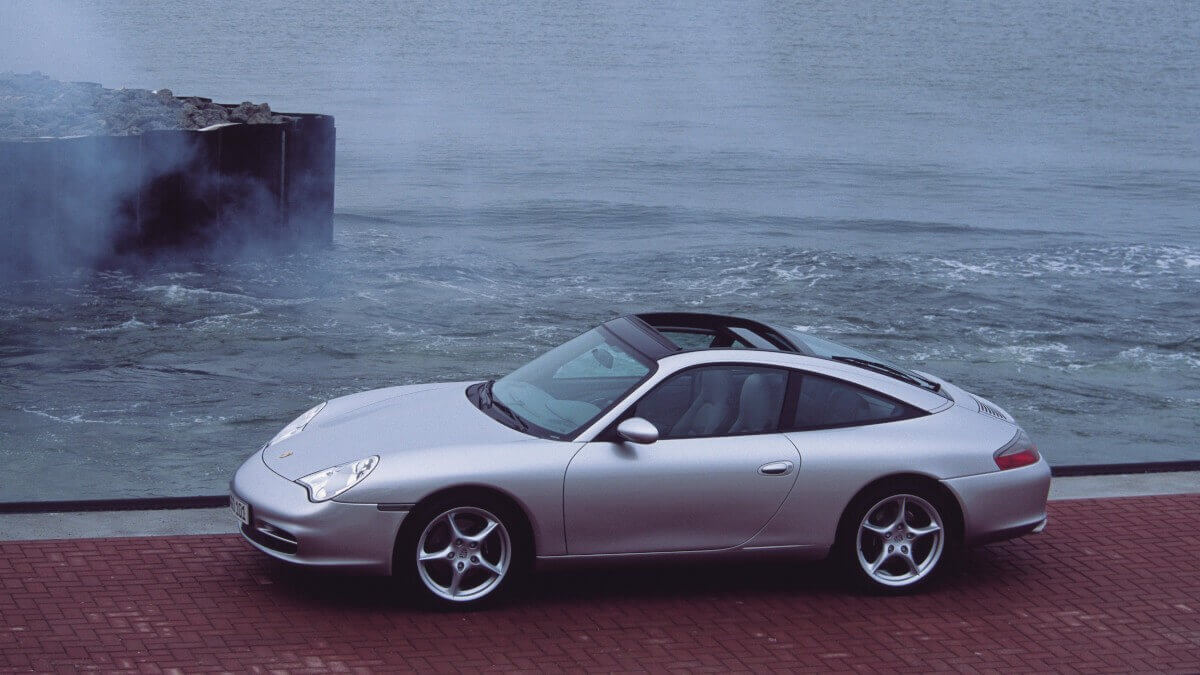 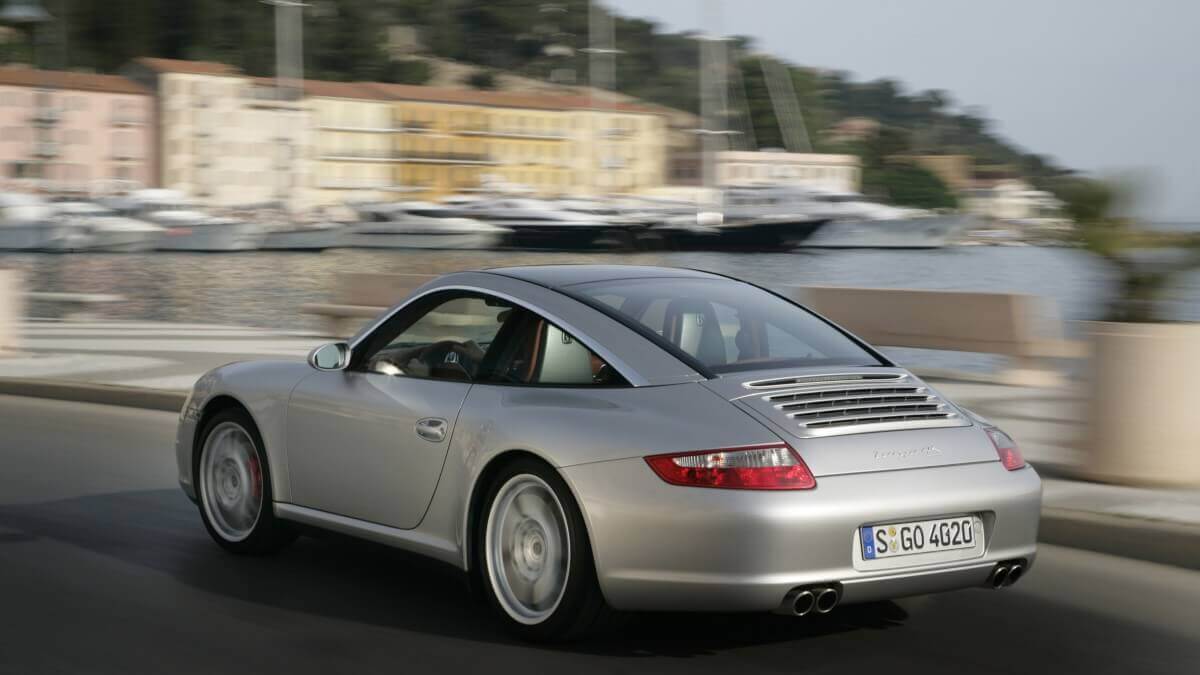 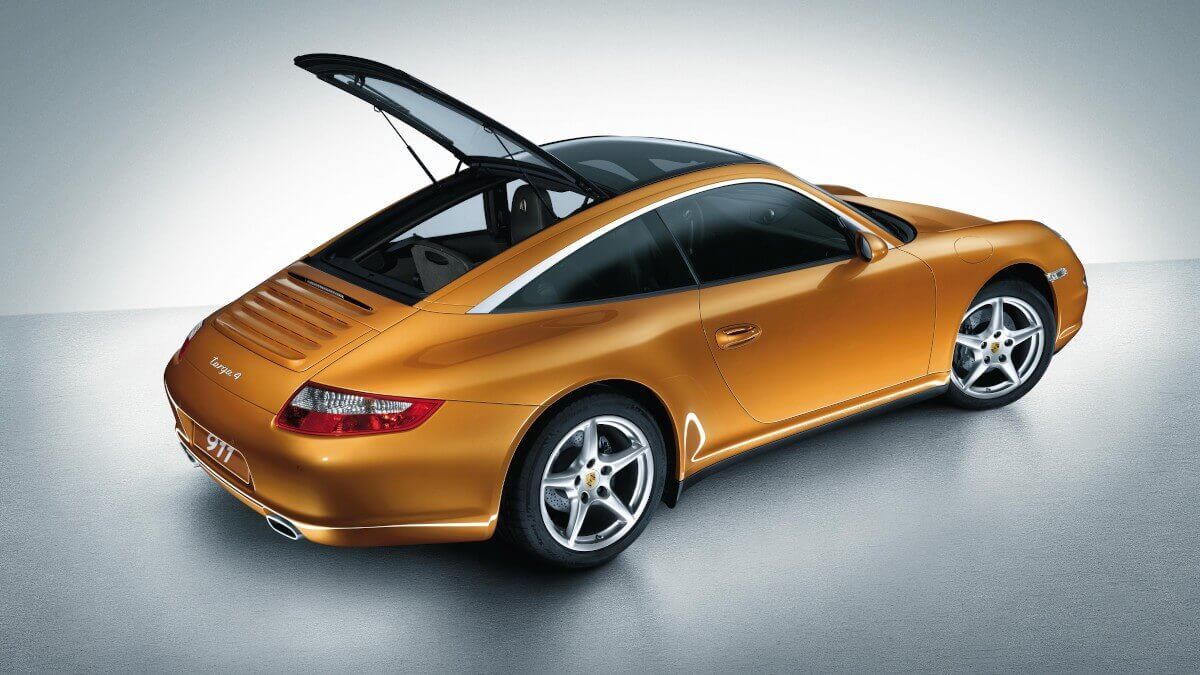 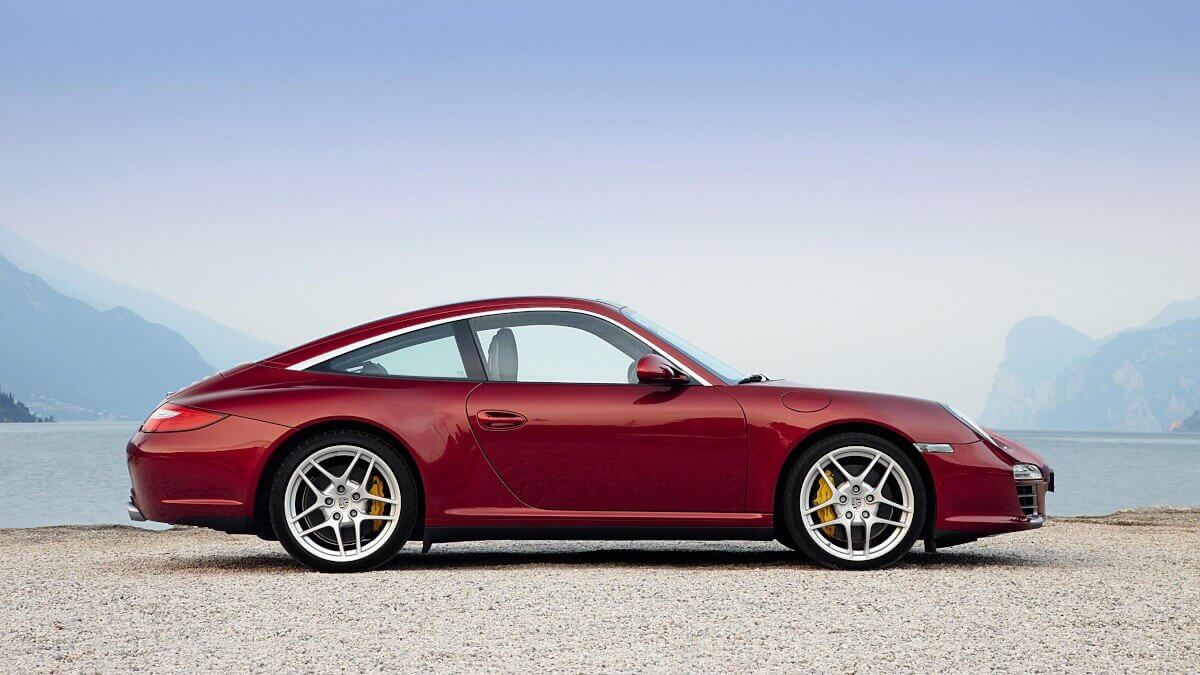 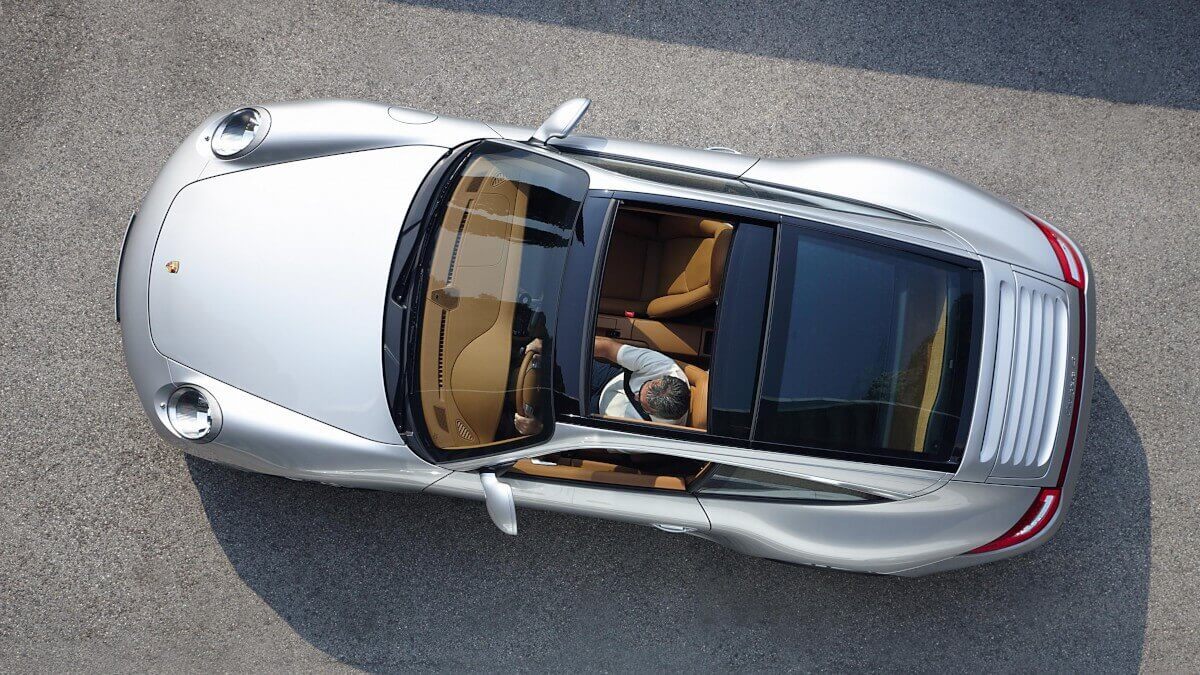 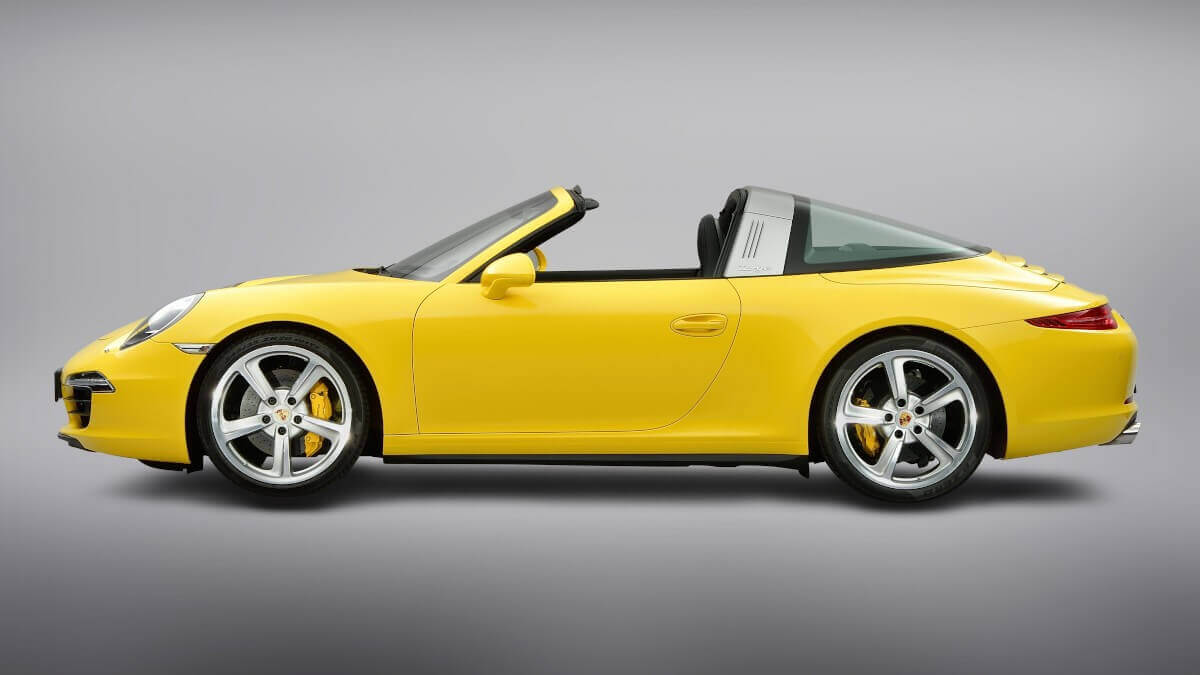 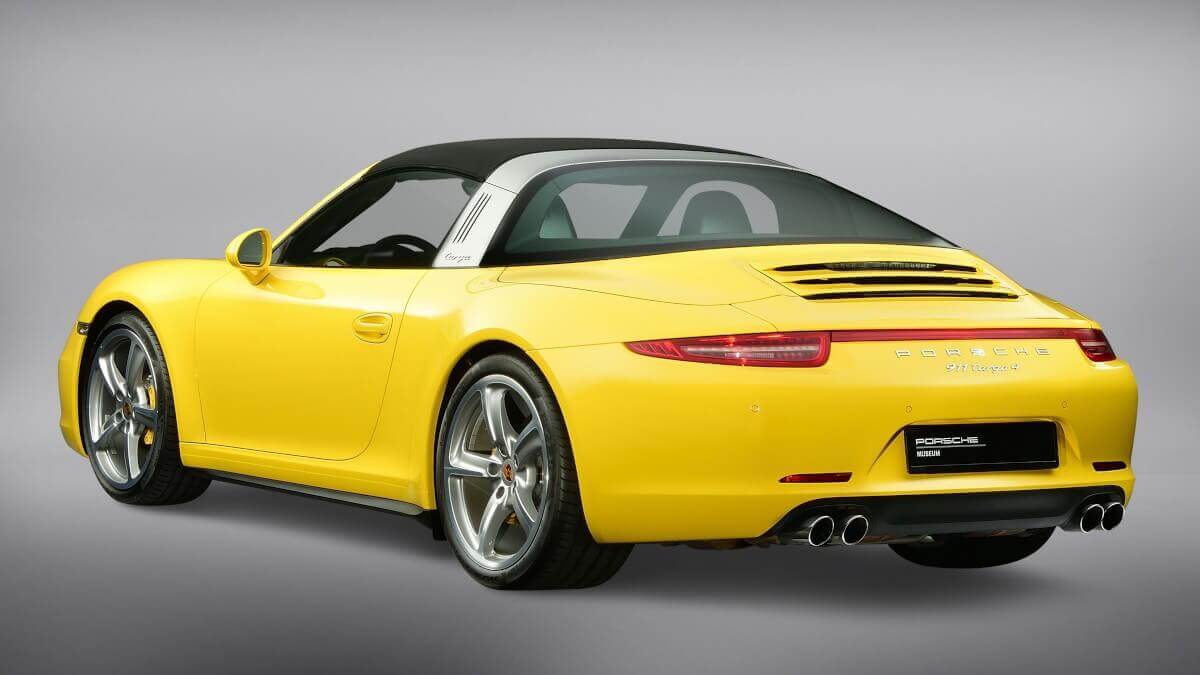 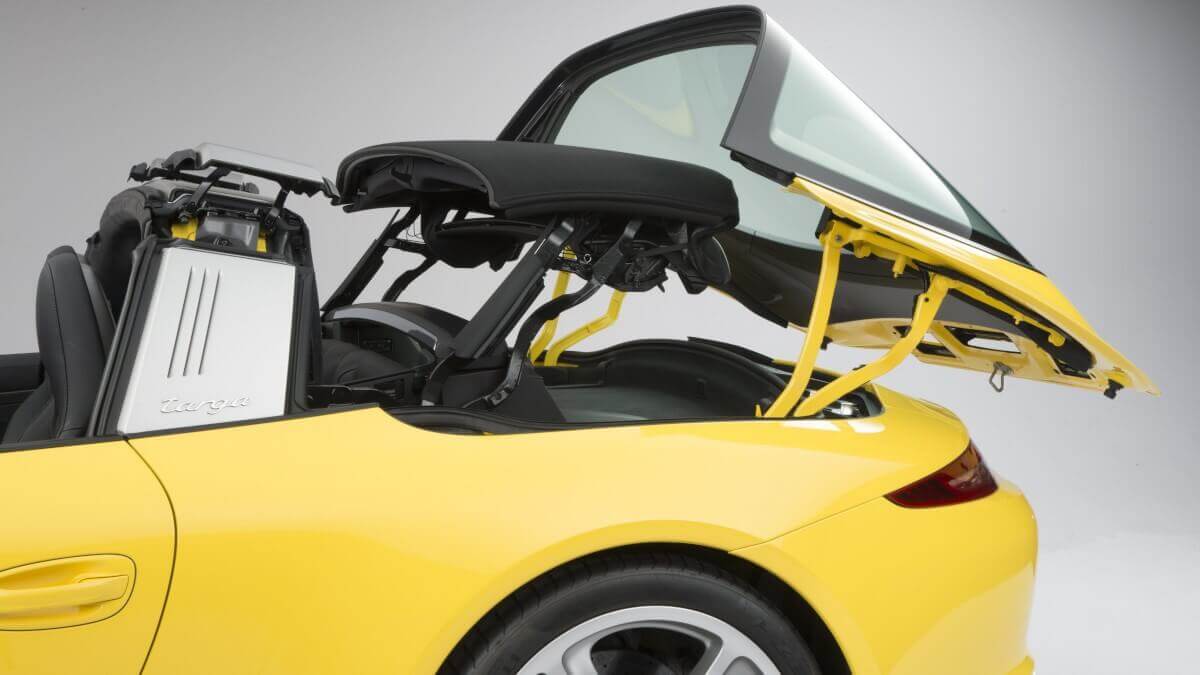 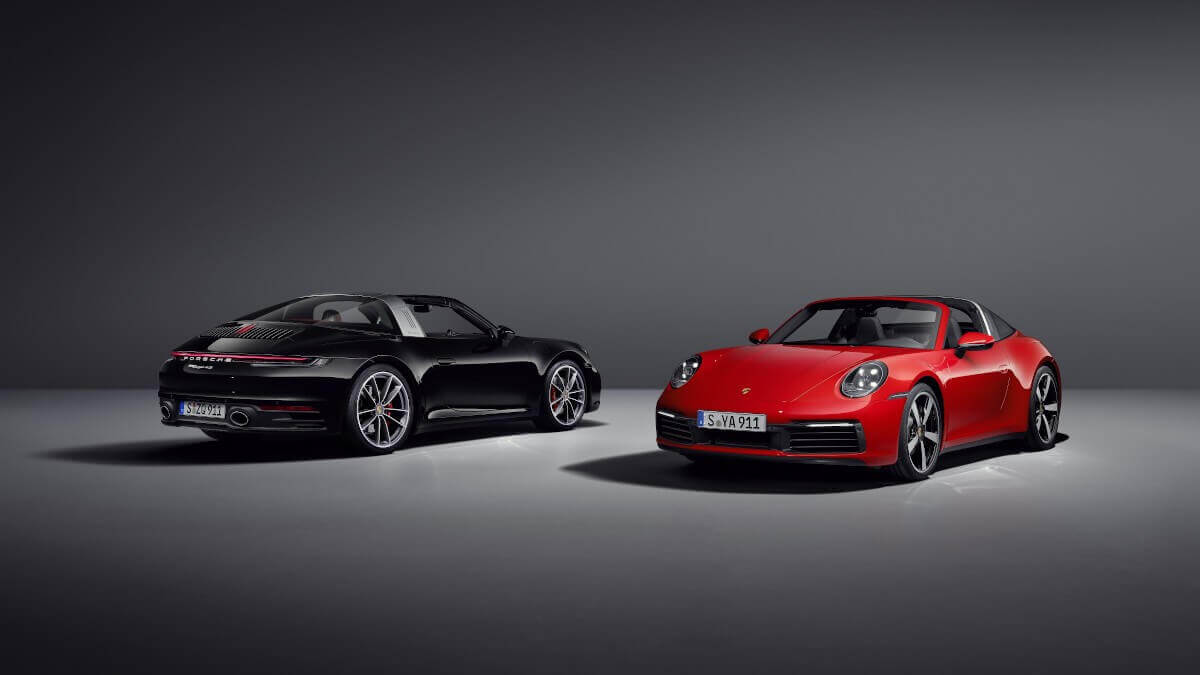 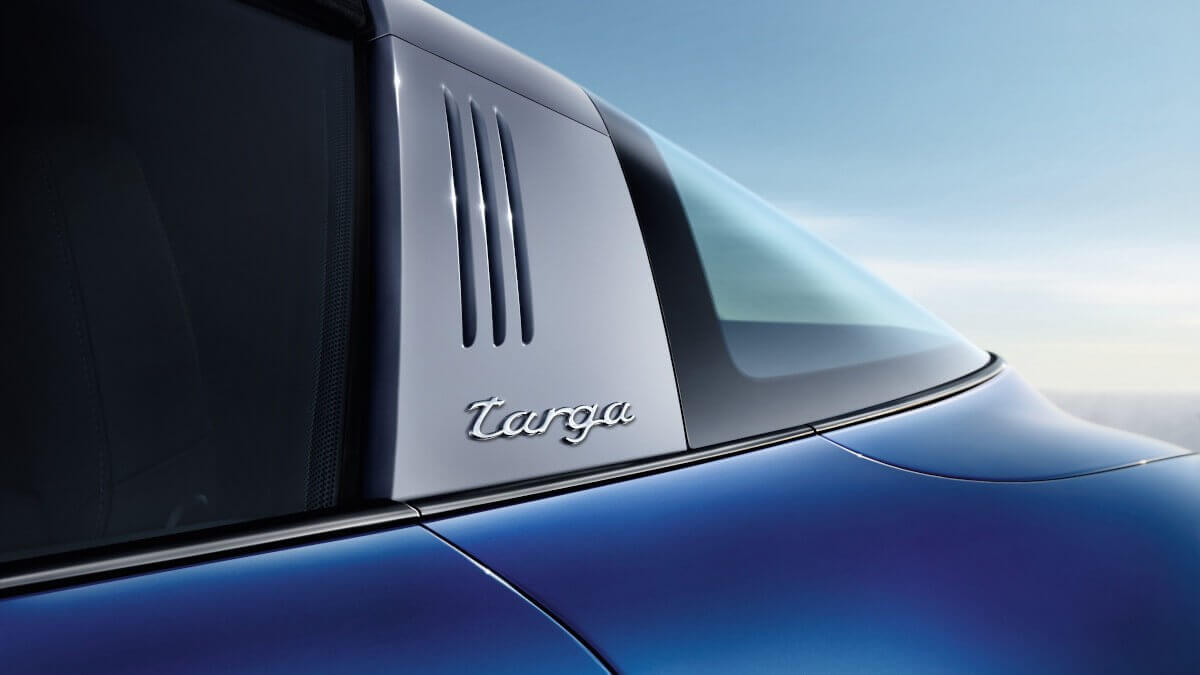 Only one year after its market launch, Porsche modified the car to create a design feature that was also used in most later Targa models. Instead of the opening plastic rear window, customers could order a fixed and heated rear window made of safety glass. This option became standard equipment in 1967. This meant that only the upper part of the roof could now be opened to let plenty of fresh air into the cockpit. It was in precisely this configuration that the 911 Targa was also available after the model update in late summer 1973, when safety regulations in the USA made new bumpers necessary, which had to survive an impact of up to 8 kph (5 mph) without damage. However, the Targa rollbar was now also available in black as an alternative to the brushed stainless steel. From 1983, a fully-fledged Cabriolet based on the 911 actually rolled off the assembly line again, but this didn’t remove the Targa from the range.

From 1989 Porsche produced the new 911 generation 964 also as the Targa. 85 percent of which consisted of newly developed parts. For the first time, customers were able to choose between rear-wheel and all-wheel drive (Carrera 2 and Carrera 4). A total of 87,663 units of the first three Targa generations were produced. In 1993, Porsche turned away from the removable roof section in the successor model 993 with a flatter front end and instead developed a large, tinted glass roof for the 993 Targa offered from 1995 onwards, which slid continuously backwards and under the rear window at the touch of a button. It took a full four years for the 996 generation before the Targa version with the same roof concept rolled out to dealers, supplemented by a folding rear window. The 997 also retained this glass roof solution, while the vehicle itself was now only available with four-wheel drive as Targa 4 and Targa 4S. Porsche has maintained this since then. But the 991 returned to the stainless steel roll bar. However, the roof part can no longer be removed by hand, but is linked to a complex electrical mechanism through which it disappears behind the seats. This roof mechanism also works excellently on the recently presented 992.