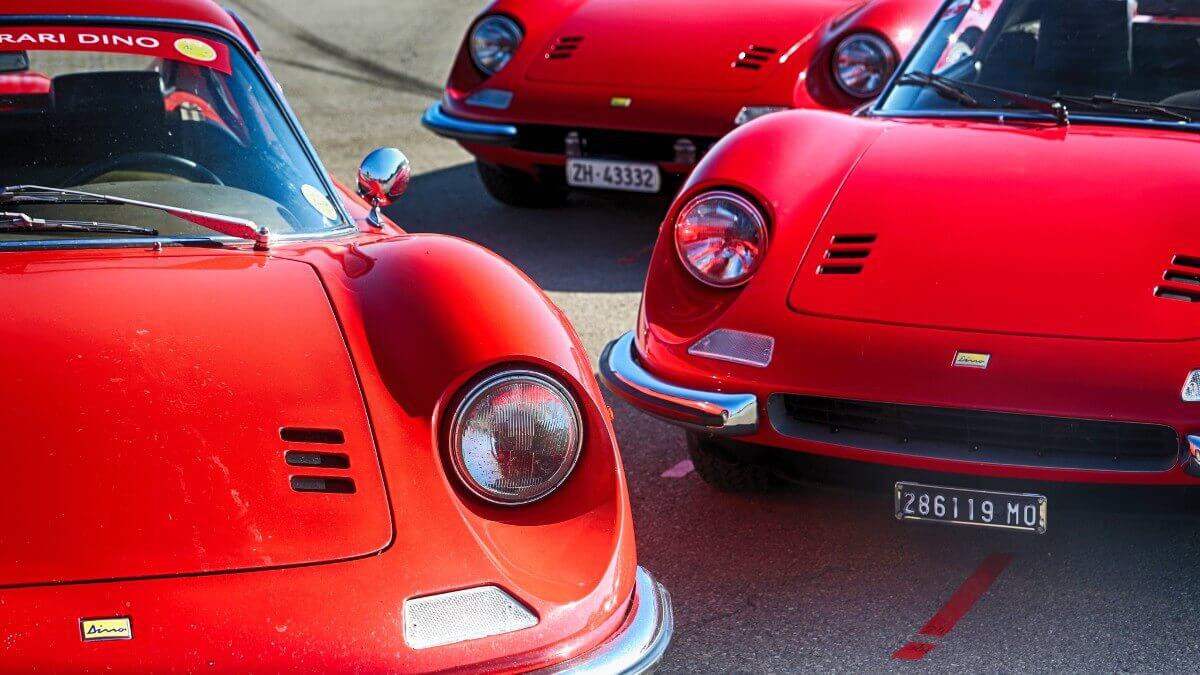 In 1968 the first vehicle of the new subsidiary Dino rolled out of the Ferrari factory in Maranello. Due to the small six-cylinder engine, developed by Enzo’s son Alfredo Ferrari, it was decided at the time to market those vehicles under an own label – but of course still at the Ferrari dealers around the world. Alfredo was nicknamed ‘Dino’ and this became the name of the new company. It was also a form of bereavement for Enzo as Alfredo died in 1956 of muscular dystrophy. 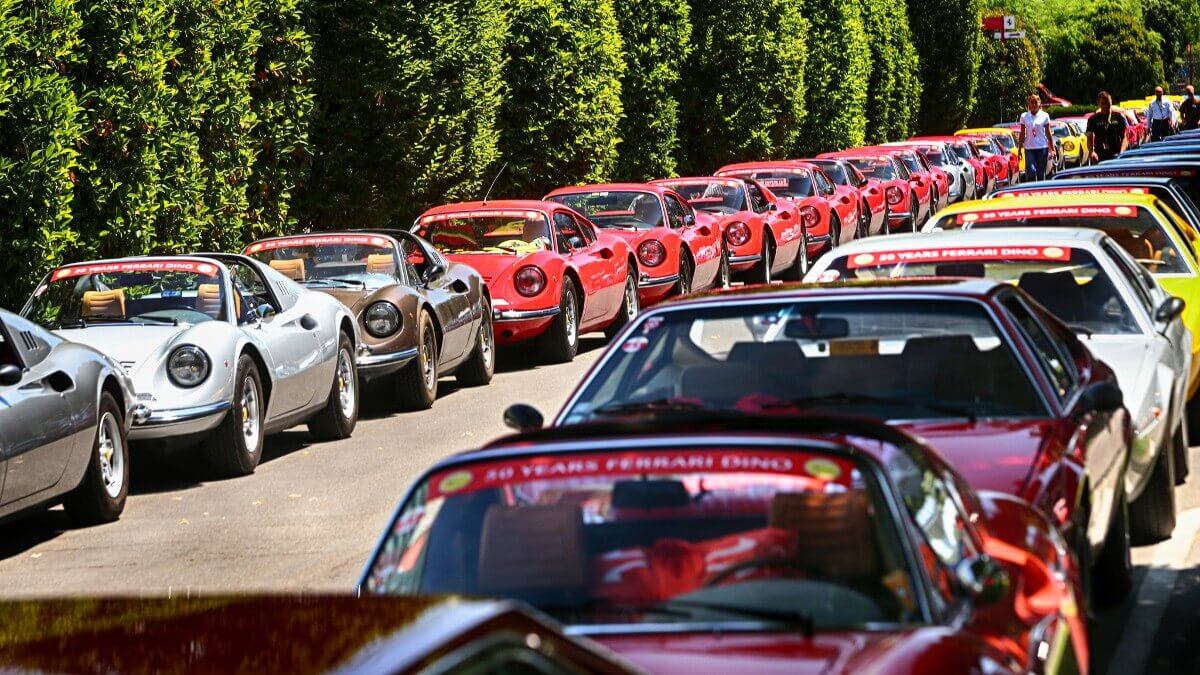 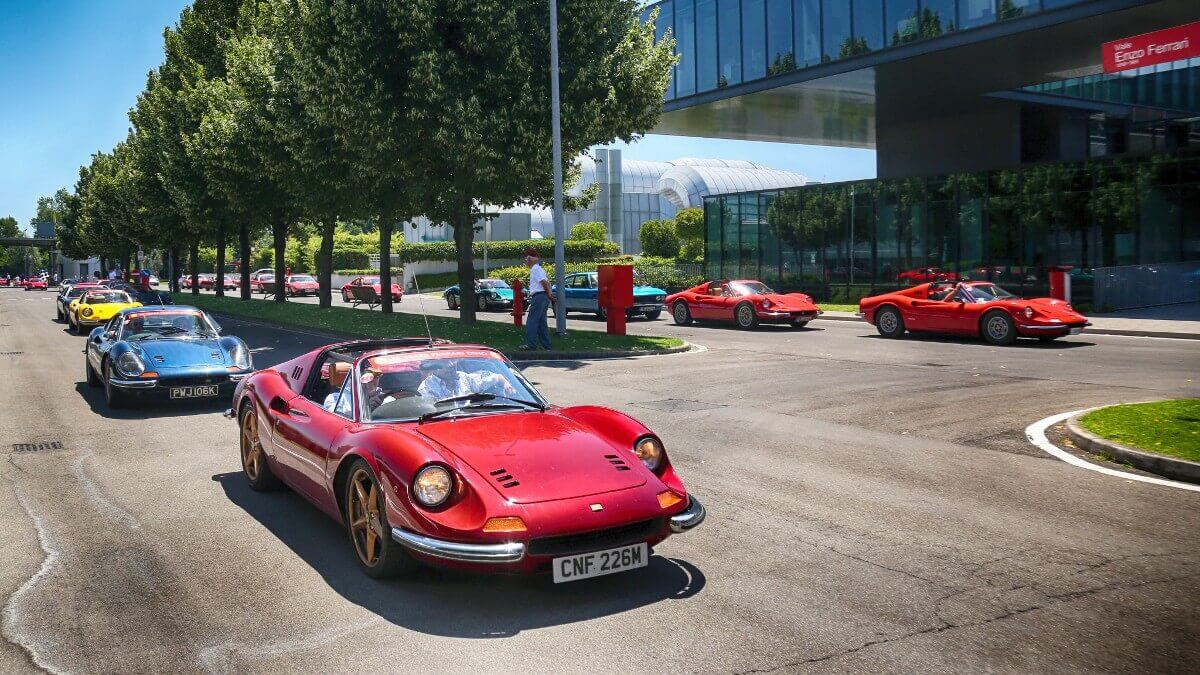 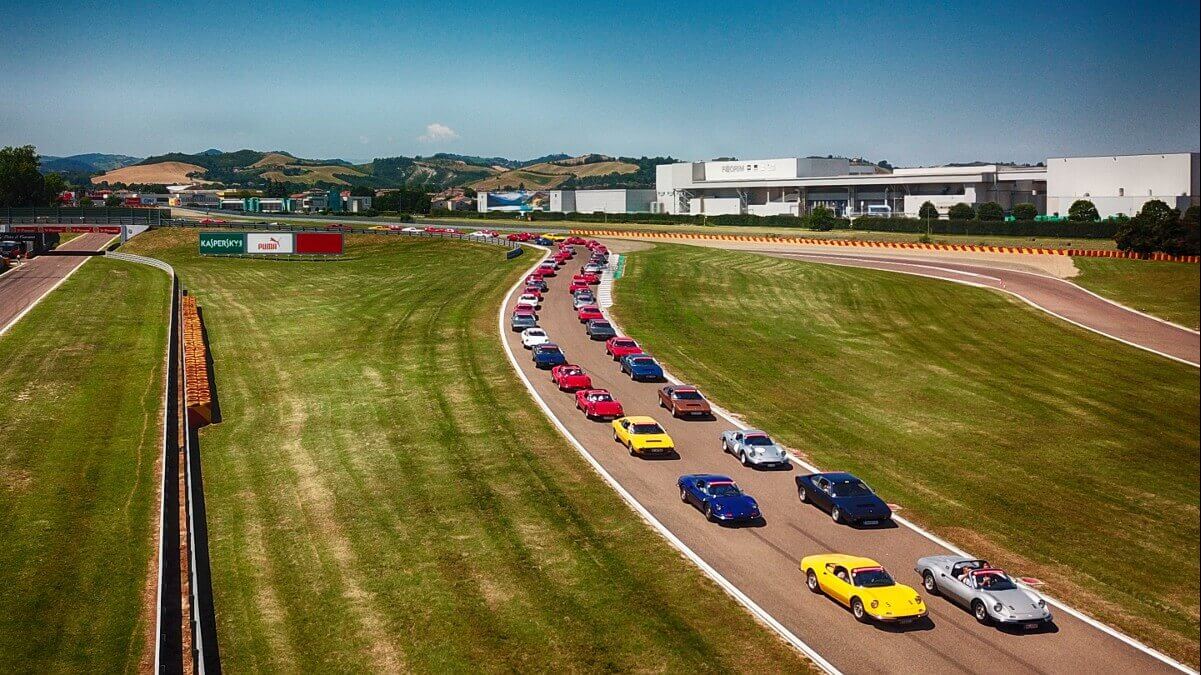 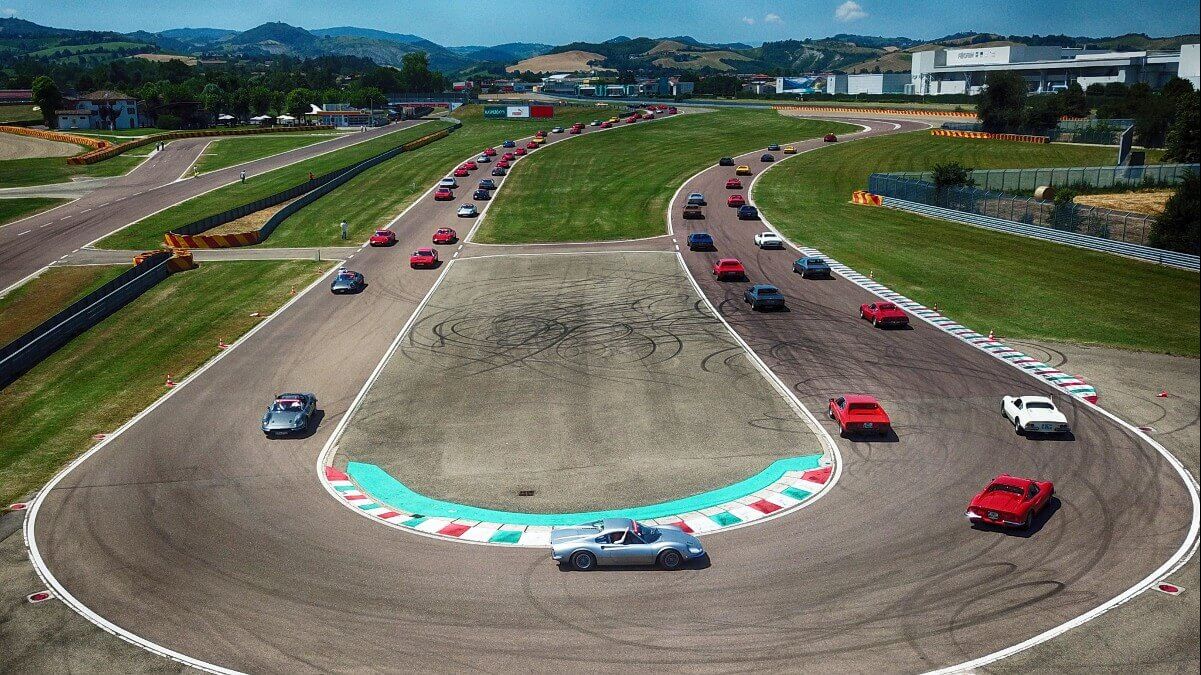 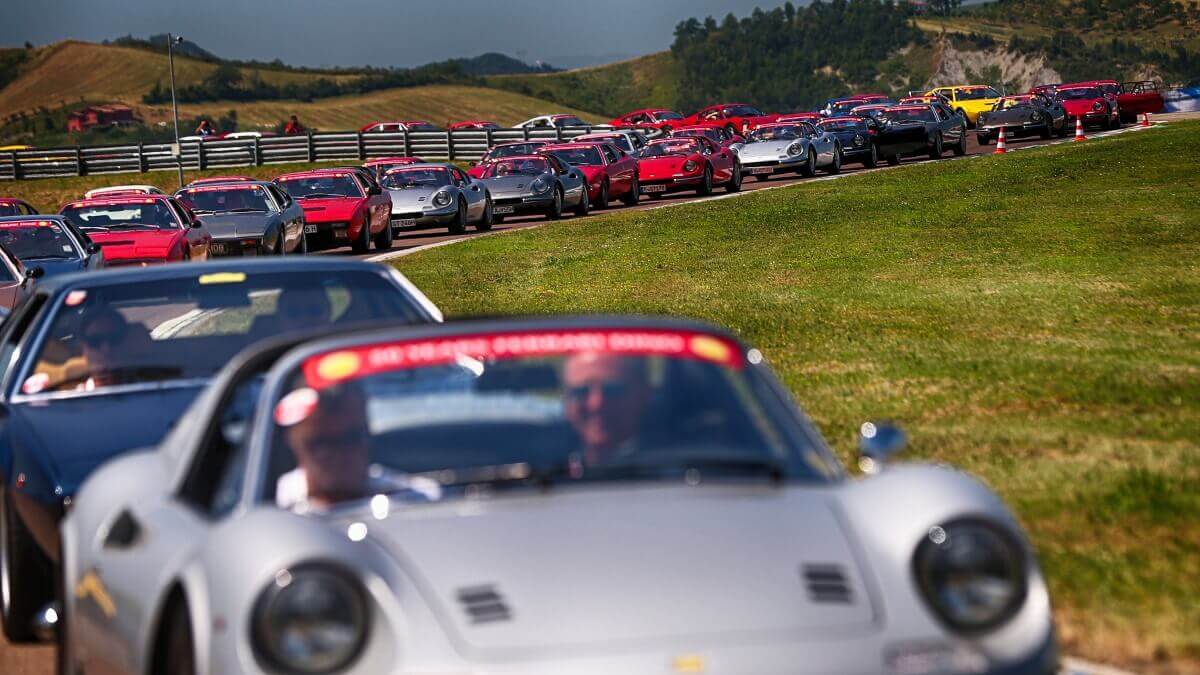 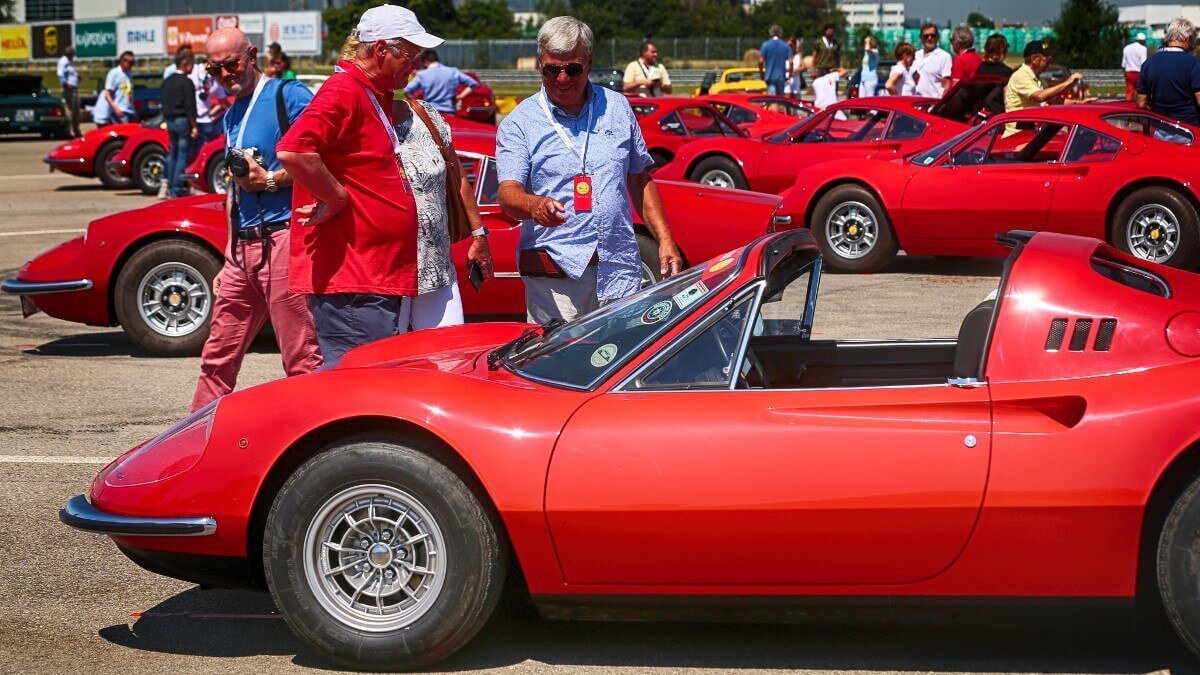 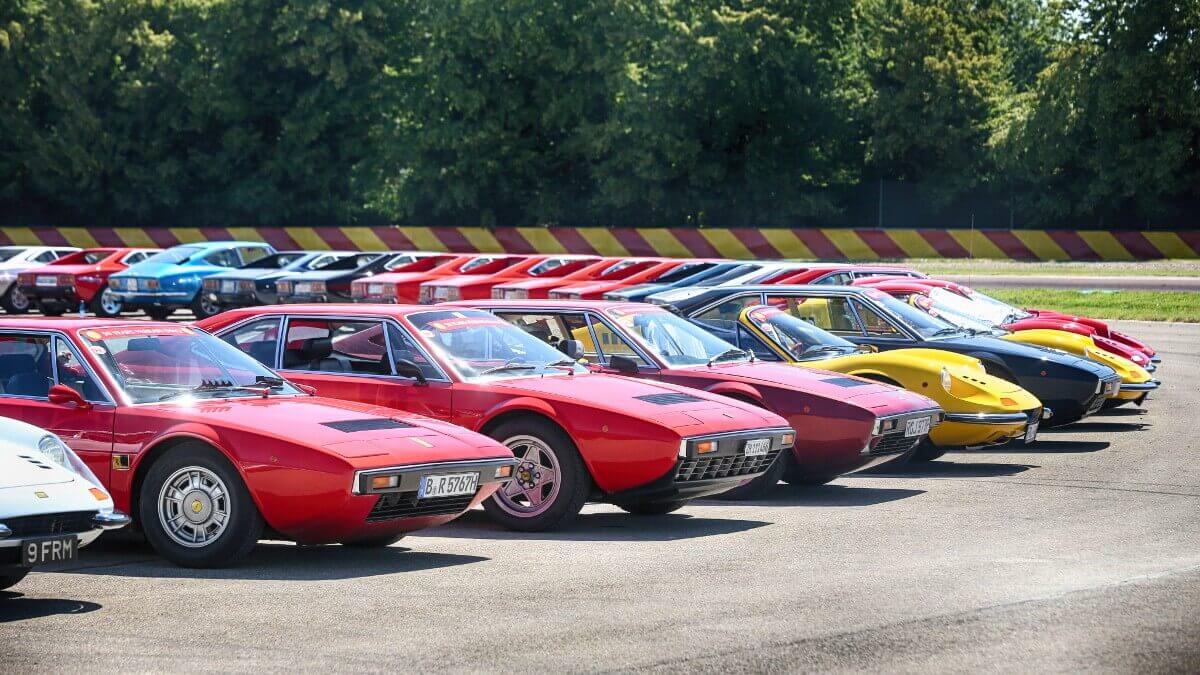 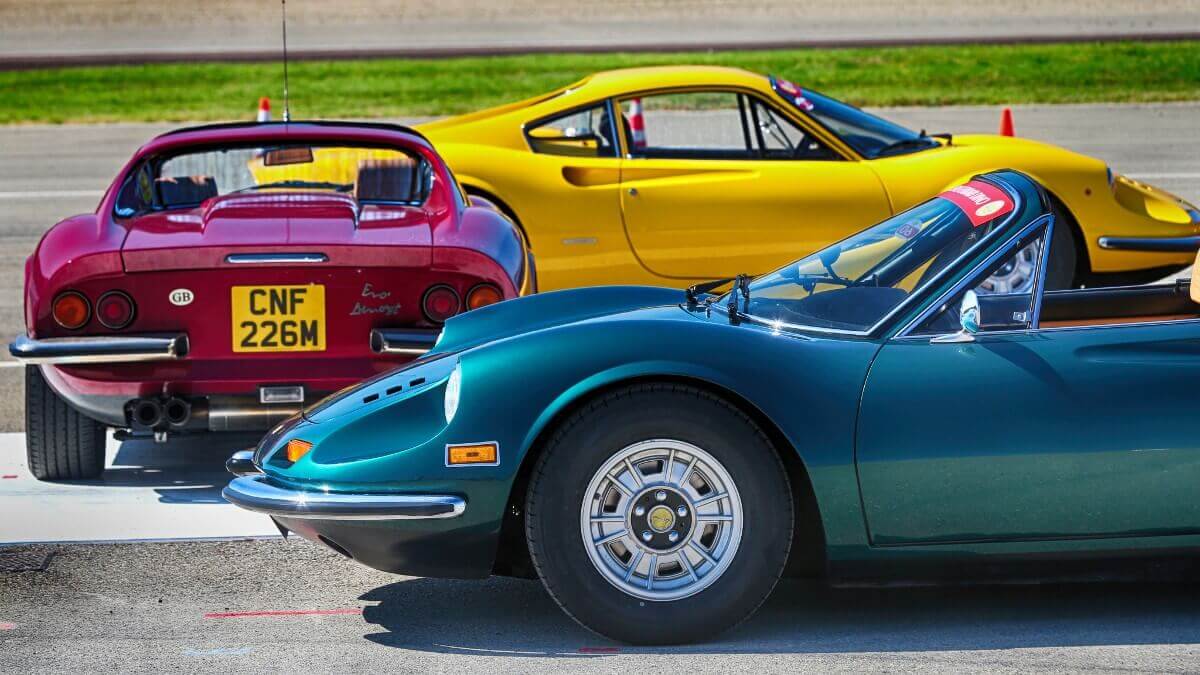 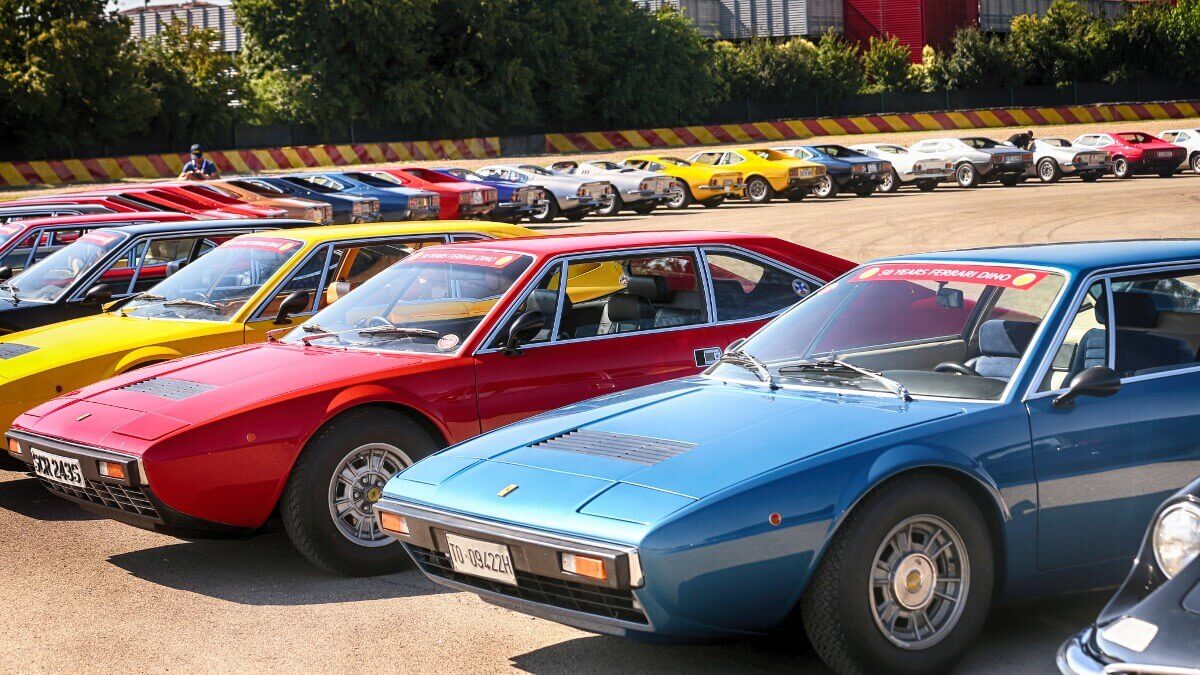 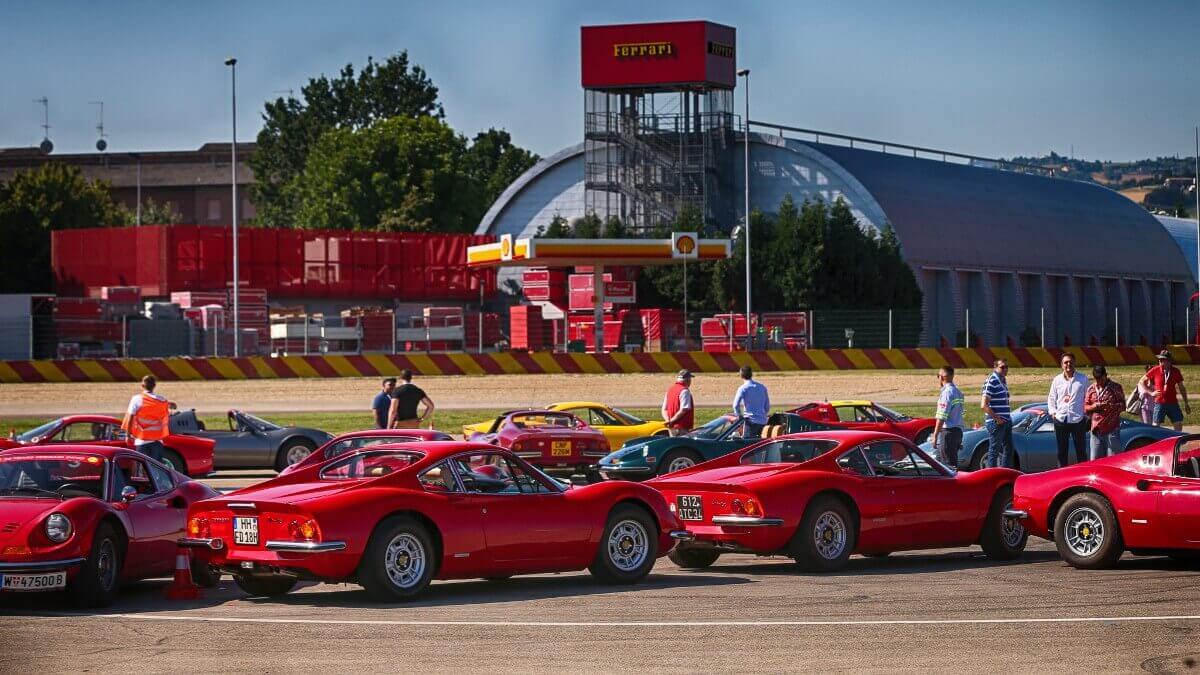 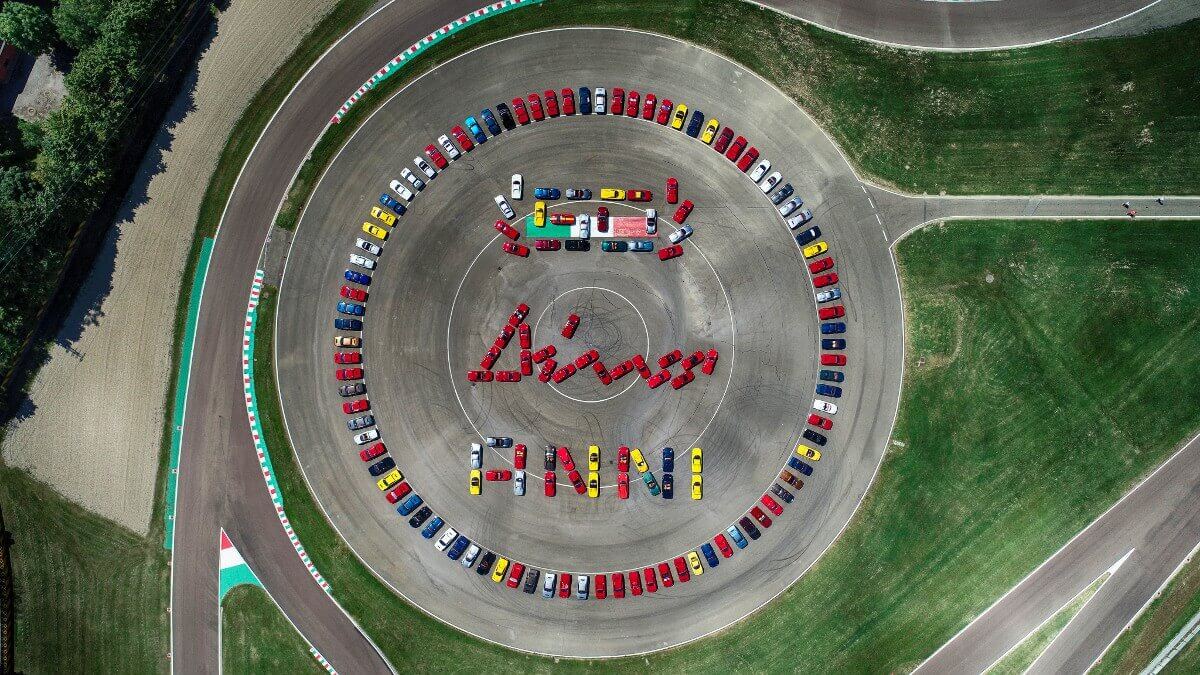 On the occasion of of the 50th anniversary of the maiden voyage of the Dino 206 GT, which became the 246 a year later, more than 150 vehicles and over 300 Ferrari customers arrived at the factory headquarters in Maranello last weekend. They went to parades on the factory test track in Fiorano in two separate groups. This was followed by a commemorative photo on the steering pad, for which the vehicles were arranged in a special way. After an exclusive factory tour, in the evening the cars gradually rolled through the factory gate back into Via Abetone Inferiore.