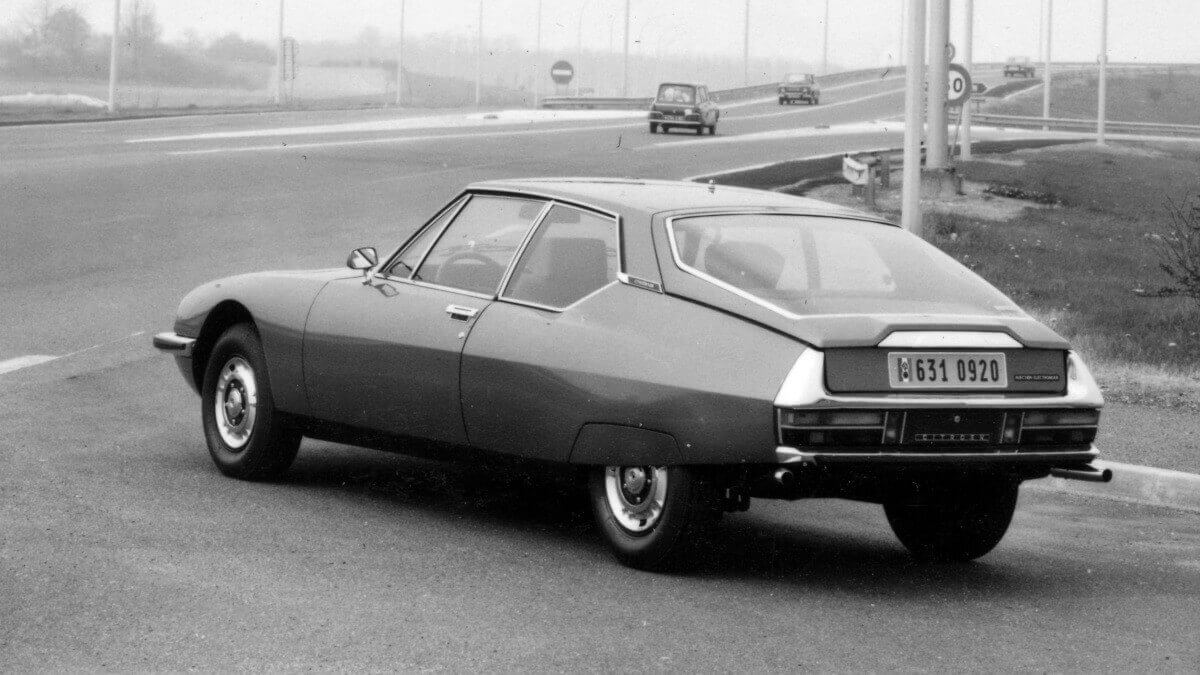 At the 1970 Geneva Motor Show, Citroën presented a vehicle that amazed even experts. Hydropneumatics as in the DS, but with a racy coupé body, a glass nose and then, to top it all off, a V6 engine from the Italian subsidiary Maserati. The Citroën SM broke with many conventions and was for a long time the fastest car from the Parisian halls with the double chevron logo. The look of the SM matched the family design of the French, but somehow it didn’t. Six headlights and the front license plate under a glass dome – there had never been anything like this before. Only the headlamp idea was found in a very similar form on the original versions of the Alpine A310 one year later. The silhouette of the coupé body with its rear sloping down, on the other hand, was typical for Citroën since the ID and DS models and was also used on the GS, CX and BX. Even if it sounds unbelievable at first glance, the so-called cX value, i.e. the drag coefficient, is almost 25 percent lower than the DS. Citroën had been the majority shareholder of the Italian sports car manufacturer Maserati since 1968 with more than 60 percent of the company shares and was therefore able to fall back on the Merak engine. The 2.7-liter V6 produced 125 kW/170 hp and took the SM to a topspeed of over 137 mph. Later versions received a small power boost to 131 kW/178 hp, and in some countries there was also a three-liter V6 with 132 kW/182 hp available.

By the way, the glass nose of the SM didn’t only find friends. Especially some national accreditation offices turned up their noses and didn’t want to give their blessing. In Germany, the ‘showcase’ had to be approved for each car individually, as the license plate was said to be difficult to read because of it. In the USA, covering the front license plate wasn’t an issue in most states anyway due to the lack of one. On the other hand, they were totally disagreeable with the six headlights, of which the two inner high beams could be steered in curves, which led to a special export variant with four lights and without glass covers. In the interior, Citroën remained true to itself and, as expected, gave the SM a futuristic single-spoke steering wheel, which sat in front of a curved dashboard with three round instruments. The seats with integrated headrests were extremely comfortable, but offered little or no lateral support in fast corners.

In general, the Citroën SM was designed as a Grand Tourisme, with which it should be possible to travel comfortably and quickly. The long wheelbase combined with the hydropneumatic suspension contributed to this, giving the SM an almost sedan-like ride comfort. Unfortunately, the car rolled into the middle of the fuel crisis in 1973, which further restricted the already small market. The general concept of the SM was also a problem. For sporty drivers it was too heavy and too comfortable, for comfort-oriented travelers it was much too sporty – in connection with the difficult registration procedure in Germany and some other countries one can imagine that the SM was only worth a purchase for true fans, despite good test results in magazines. Also the maintenance-intensive Maserati V6 might have been rather against a purchase from a rational point of view. 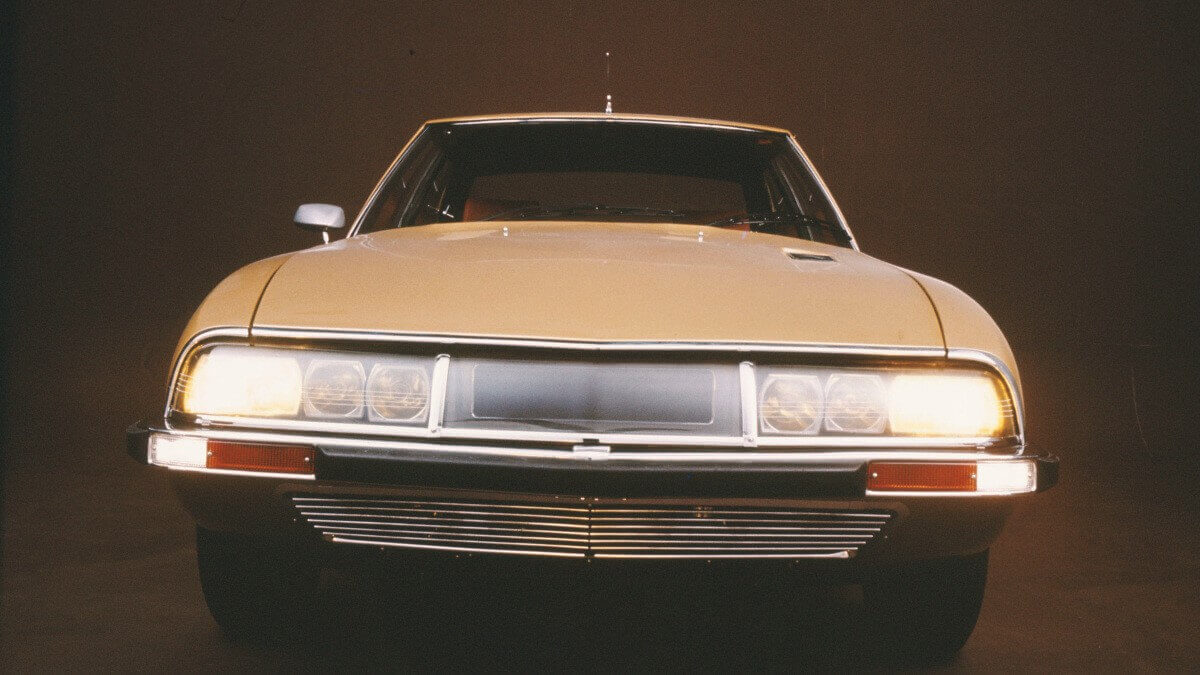 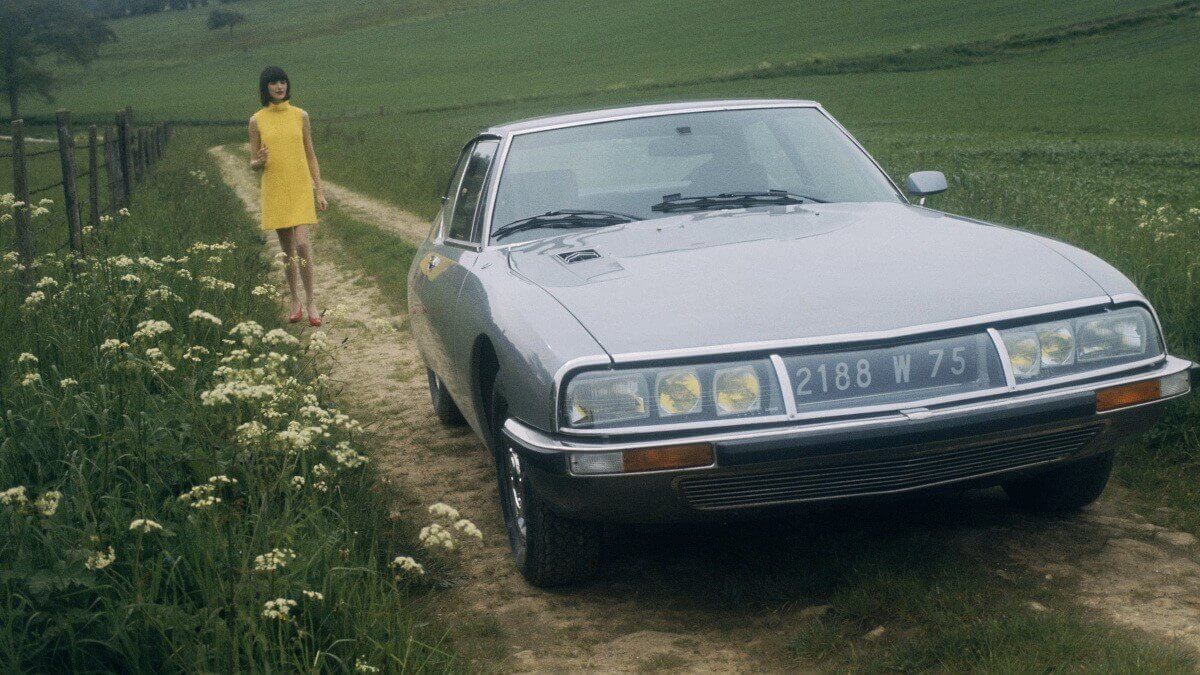 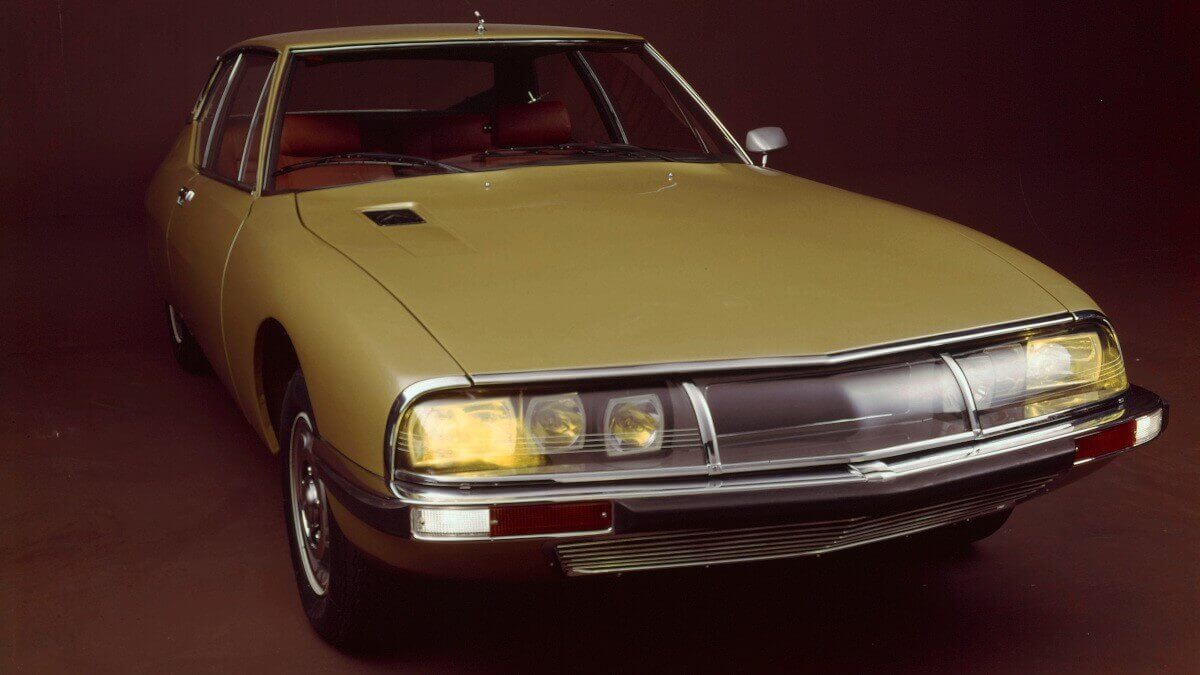 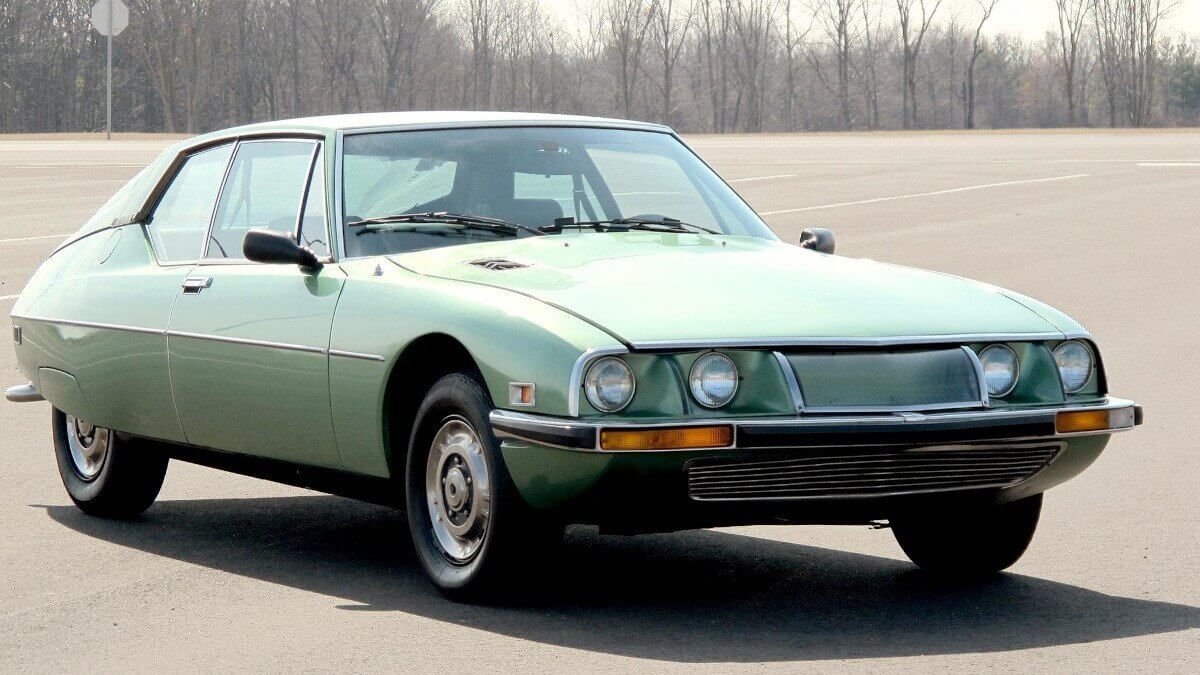 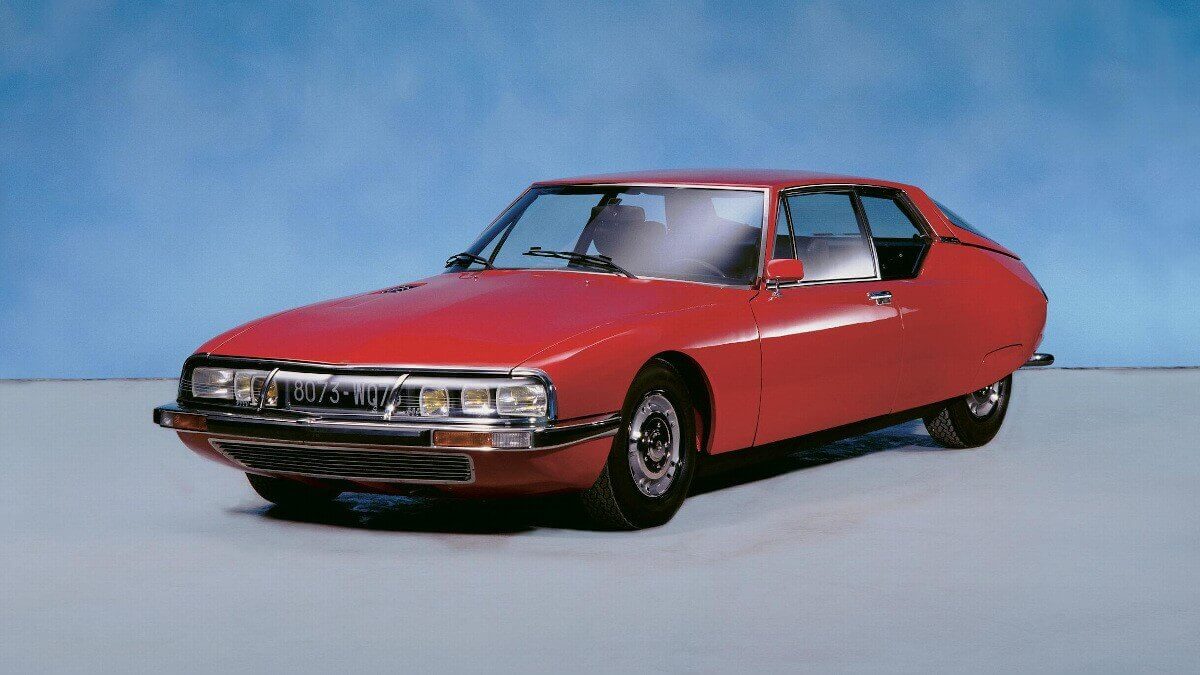 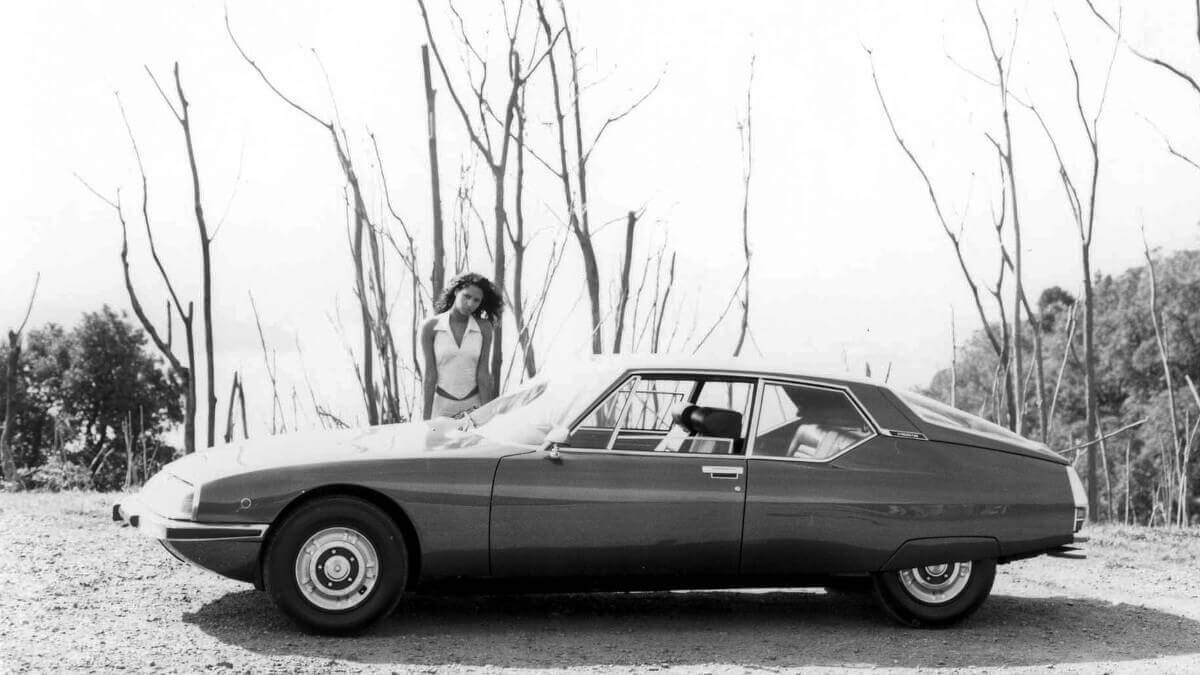 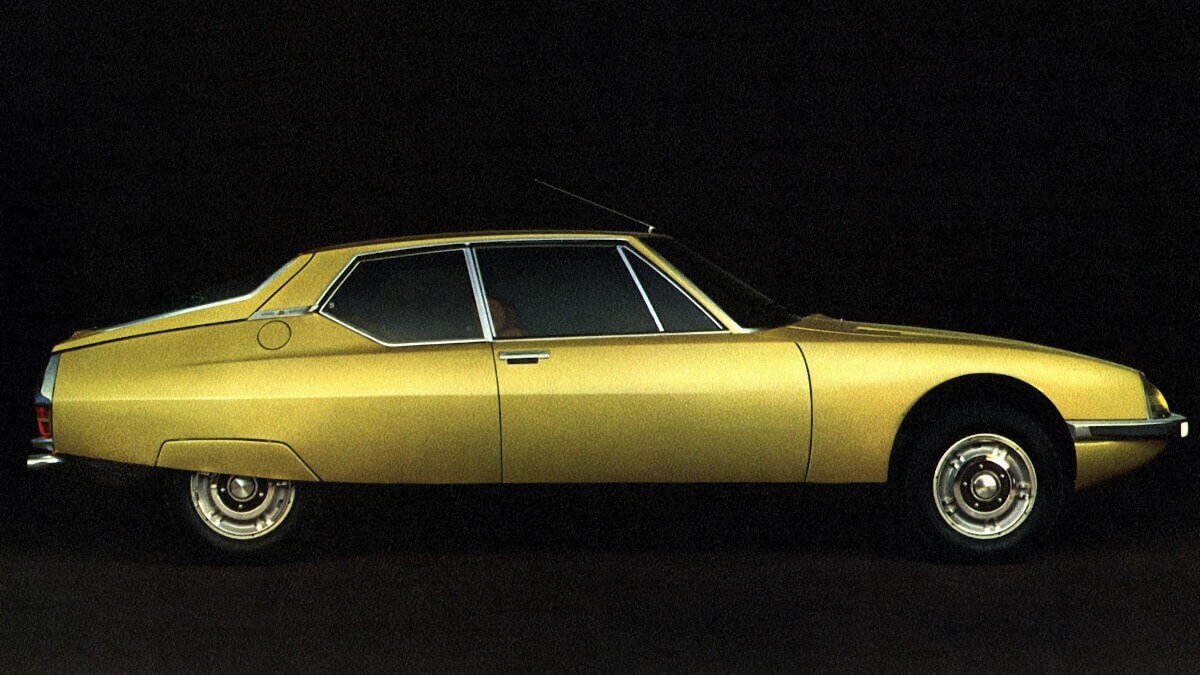 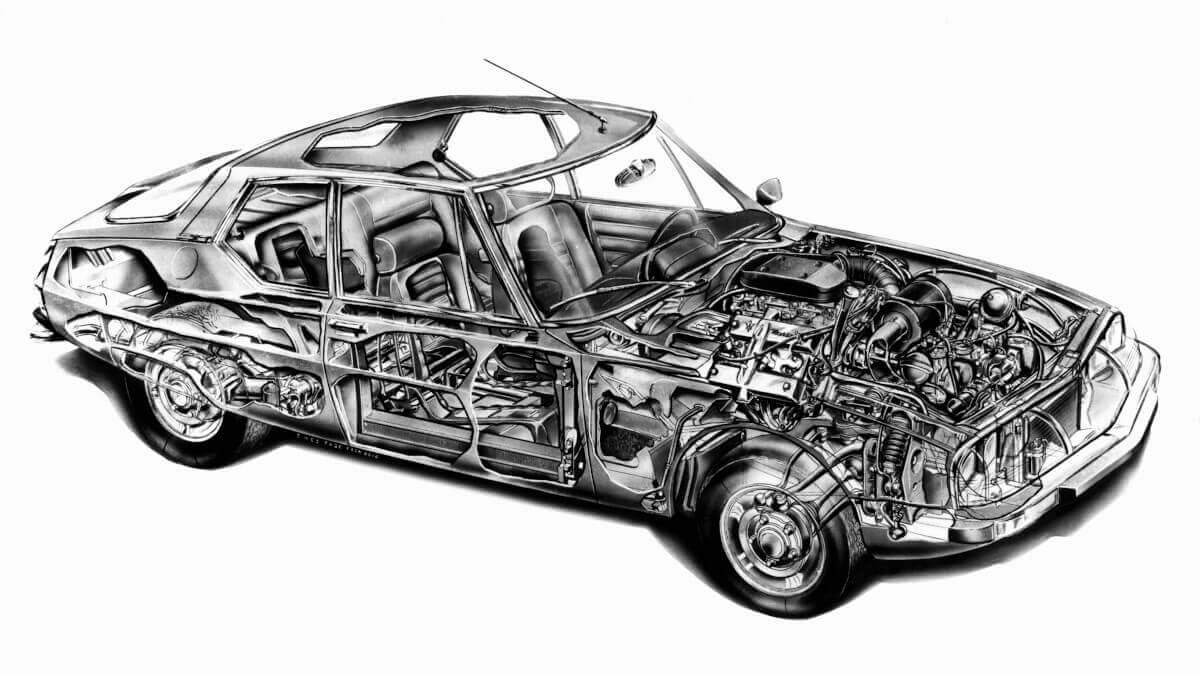 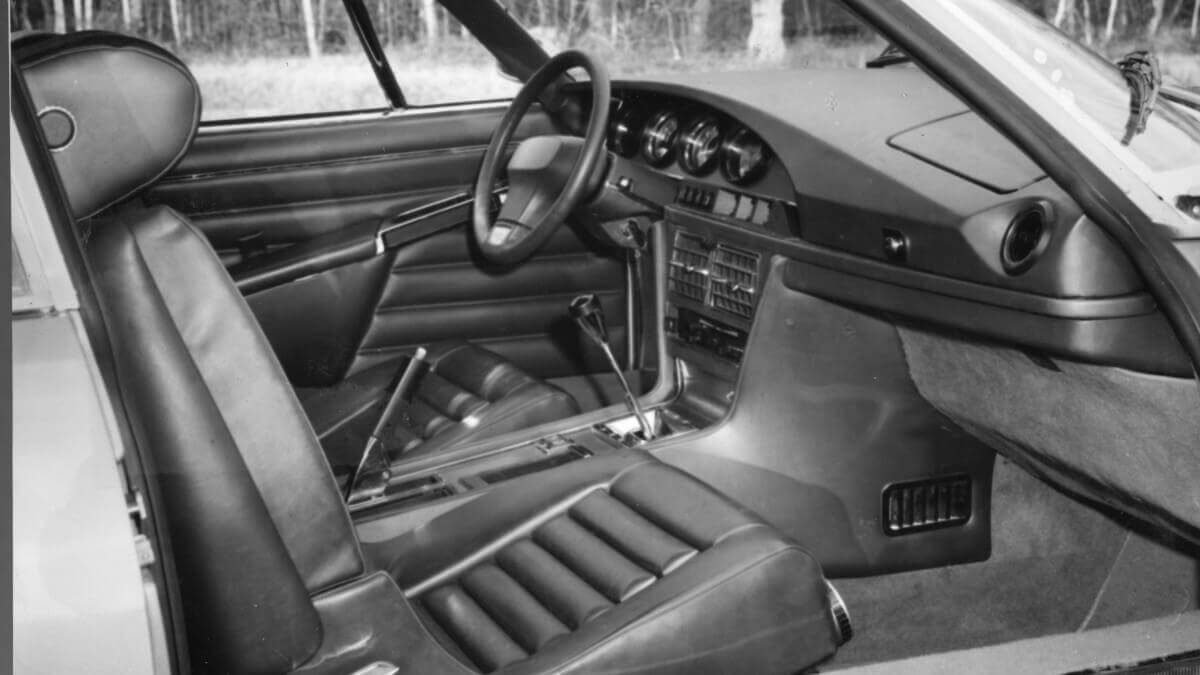 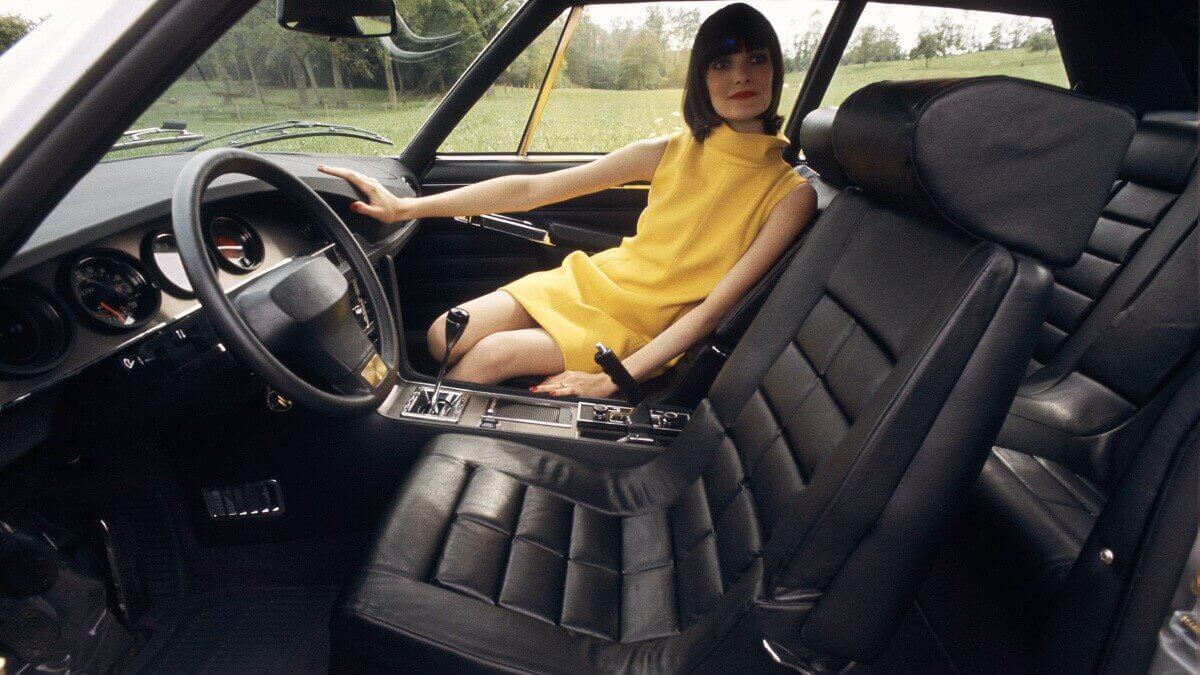 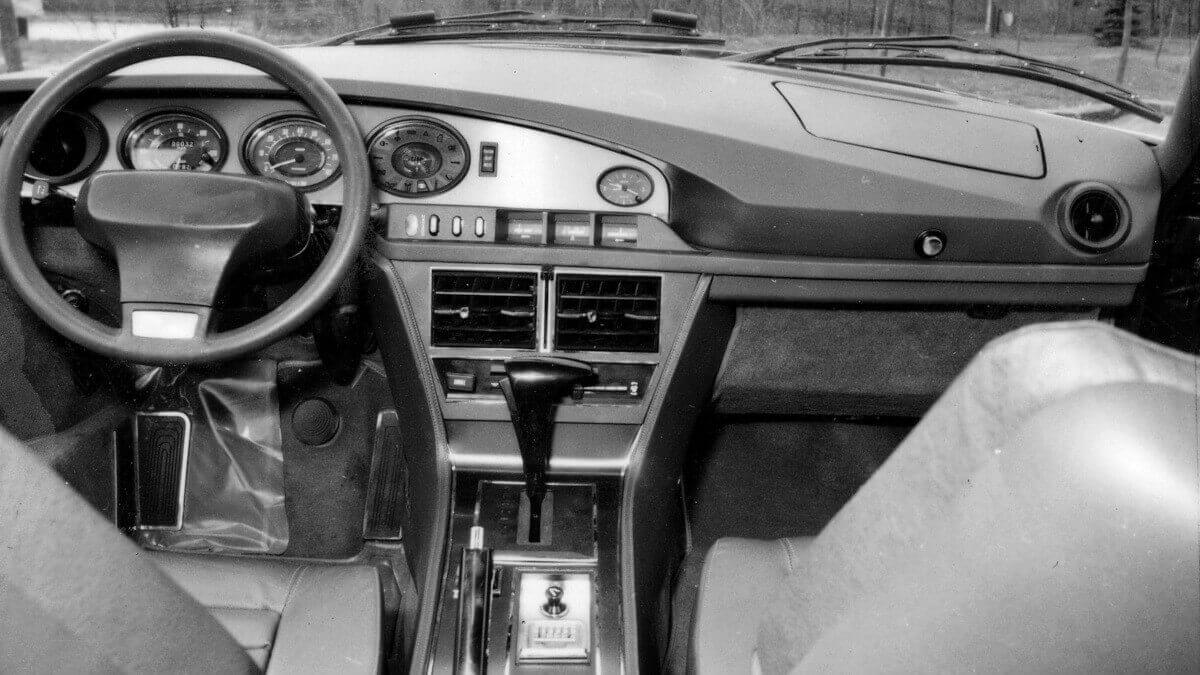 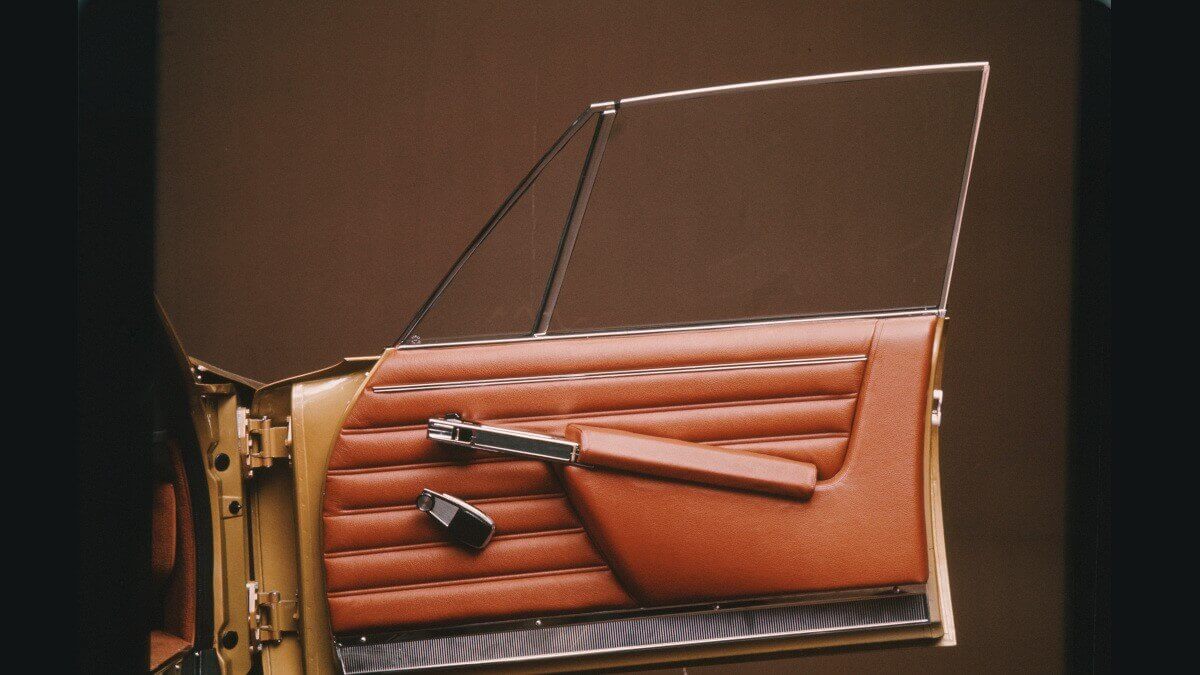 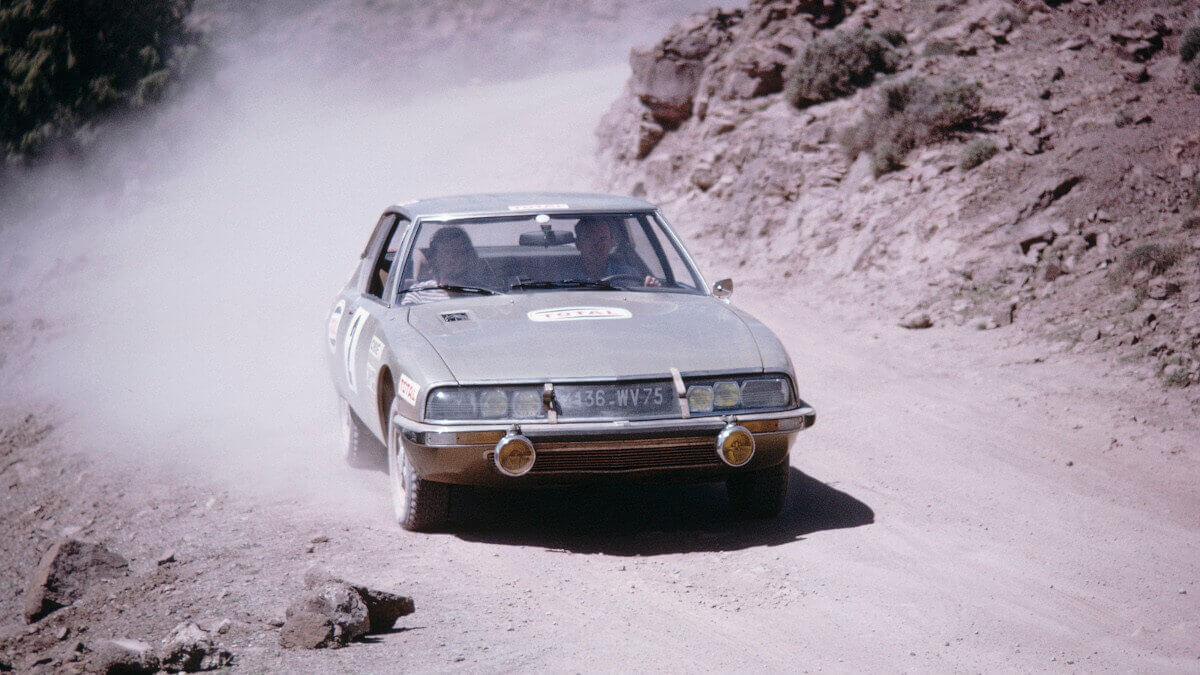 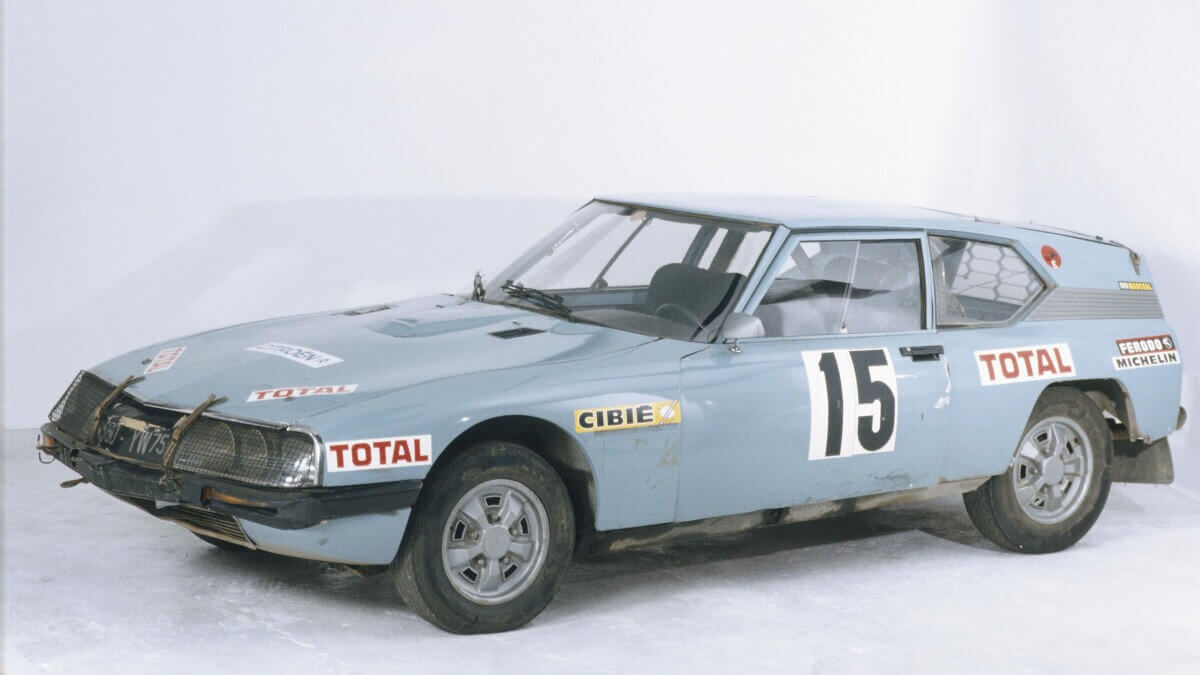 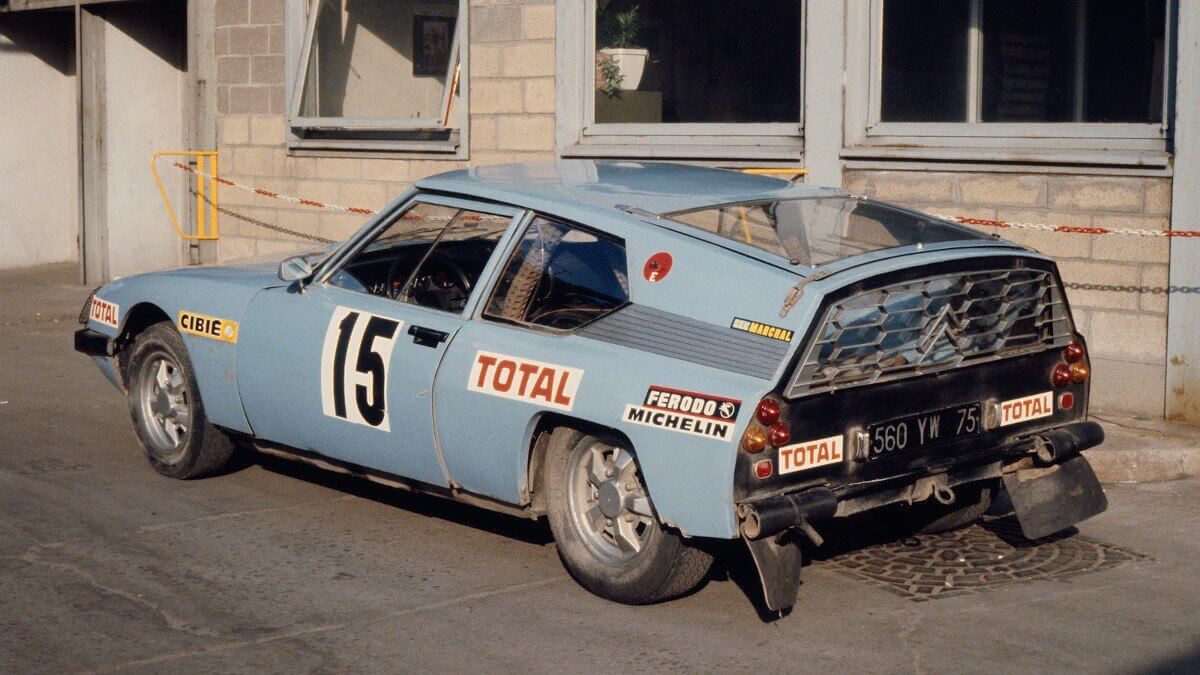 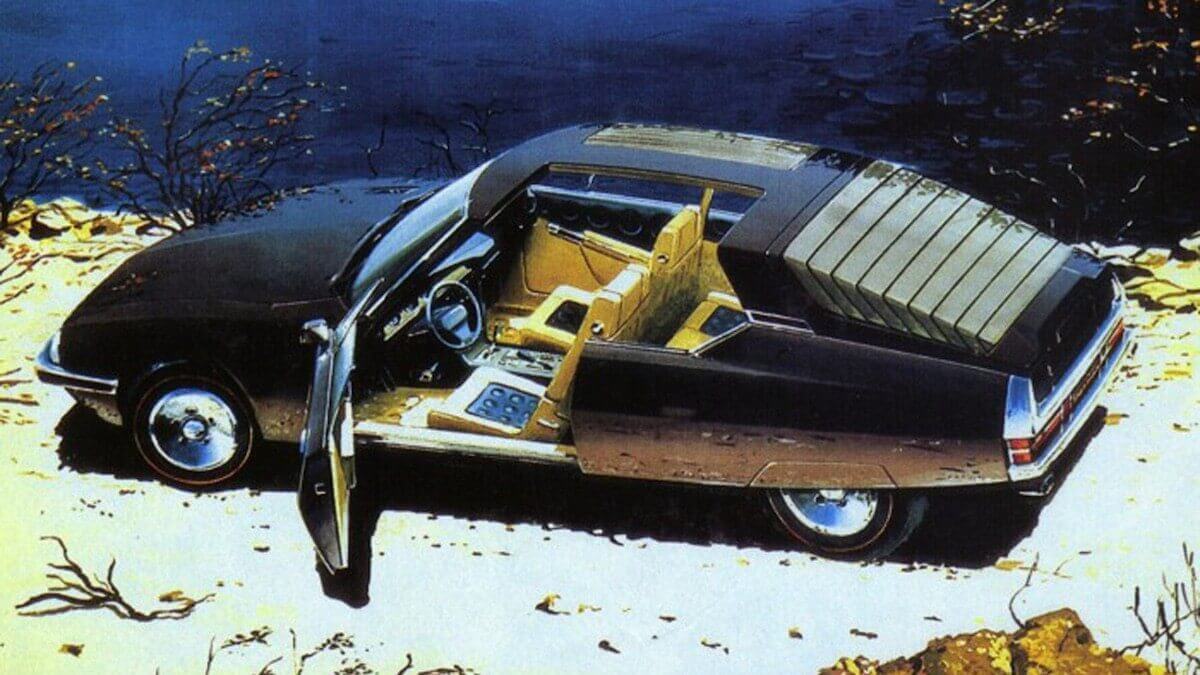 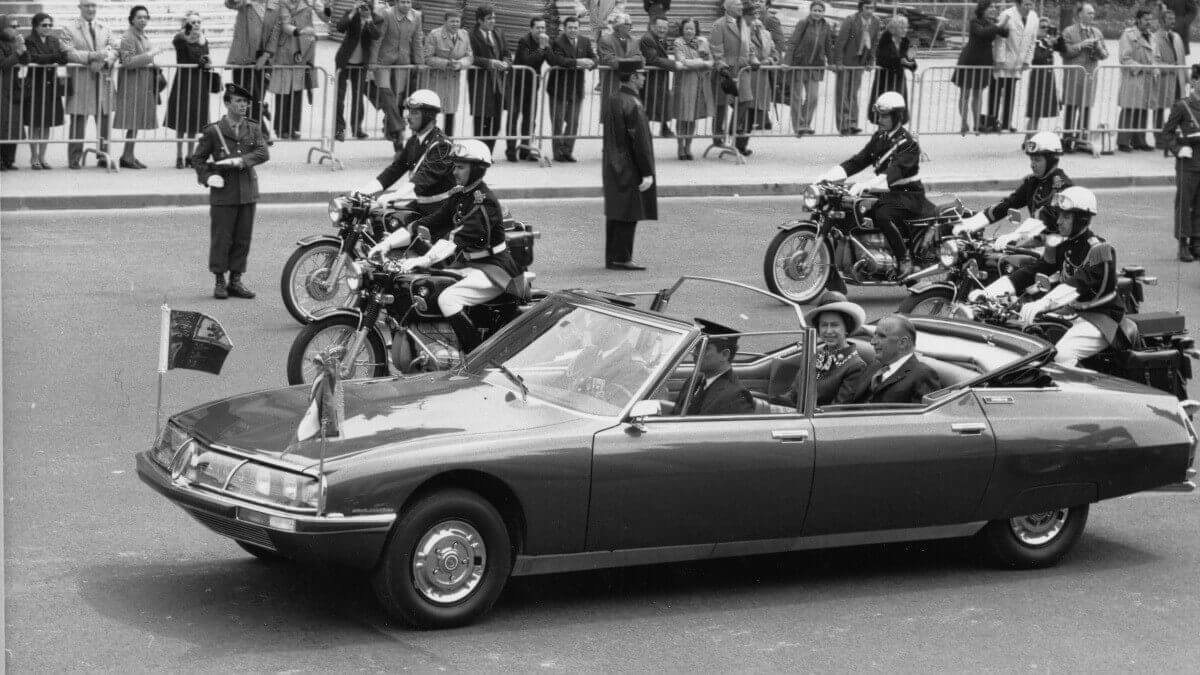 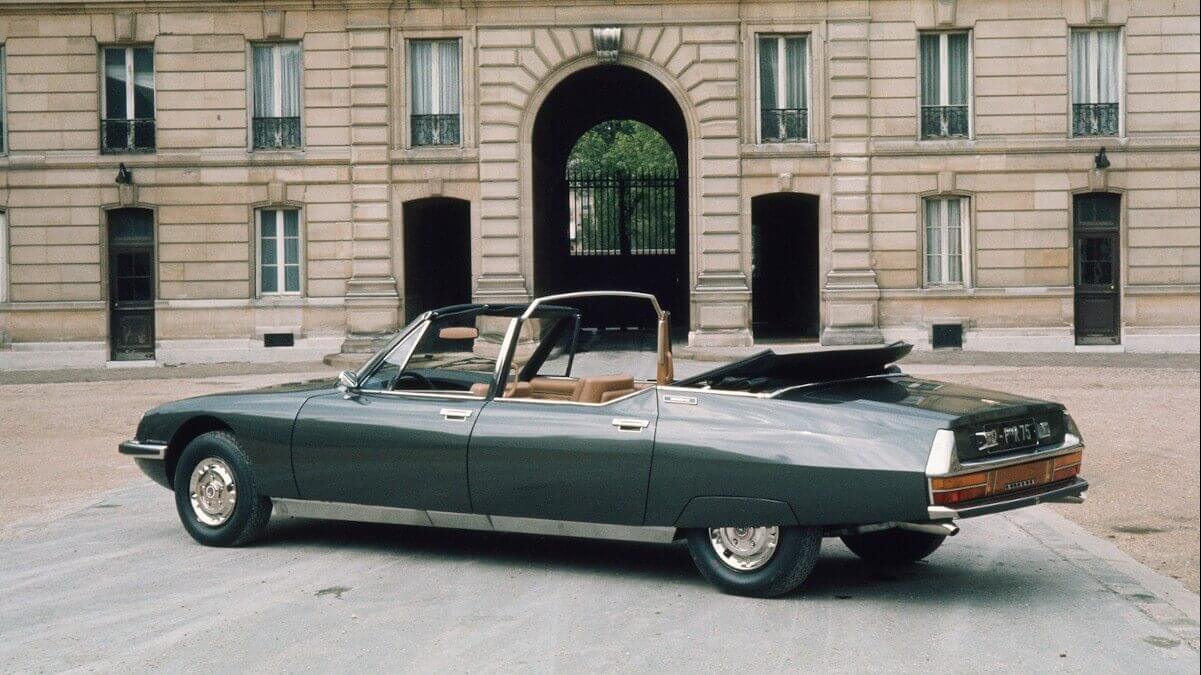 Today’s owners of well-preserved Citroën SMs with sorted out sources of error, however, rave about the ingenious driving experience and the great performance of the engine. In total, just under 13,000 cars were produced until 1975, before the SM was dropped from the range without replacement. The meaning of the abbreviation ‘SM’ has never been clarified beyond doubt. On the first exhibition version, ‘Citroën S Maserati’ was written on the C-pillars, which could be an indication of the most frequently mentioned transmission variant ‘Citroën Sport Maserati’. Chief developer Jacques Né had originally been commissioned to create a more sporty DS version. Less well known are probably the appearances of the Citroën SM on the international motorsport scene. In the tough world of rallying, it was able to prove itself several times, with the most frequent being on the African continent. One of the first assignments took place at the 1971 Morocco Rally. In the following years, the rally car was continuously optimised, up to a completely new rear design in 1973, which was reminiscent of the aerodynamically sophisticated rear designs developed by Dr. Wunibald Kamm in the 1920s and 1930s for BMW, among others. Two Citroën SM units were also to compete in the famous 24 Hours of Le Mans in 1972. However, participation was cancelled at the last minute.

While we are on the subject of versions, there was officially only one of them available in the Citroën range: the coupé. But there was, as already with the ID and DS, the possibility to contact the French coachbuilder Chapron to have the SM turned into something unique and special. In 1971 they presented the Mylord, a convertible version, which in comparison to the coupé was missing not only the roof, but also the B- and C-pillars. The conversion was carried out in collaboration with Citroën. Chapron received the bodyshells, converted them into convertibles, delivered them back to Citroën where the engines and gearboxes were installed, and then they returned back to Chapron’s workshop where the interior was fitted to the customer’s specifications. Because of this complex procedure, the price of the Mylord was very high and less than ten cars were built. Chapron had also thought about a sedan version of the SM. Citroën already had similar thoughts during the development of the car, but they weren’t developed to production stage. It was different with Chapron, who presented the Opera in 1972. In a similarly elaborate process as with the Mylord, the SM was extended by two doors and fitted with a new roof line. Eight copies were built.

Chapron’s third and last creation based on the SM became more famous. The Présidentielle is based on the Opera, but extended again and unlike it open at the top. Two vehicles were built for the fleet of the French government and used during state visits. Pope John Paul II was also driven through Paris in one of them during his visit to France. He could hold on to the rollbar above the B-pillars while waving to the people standing up. In 2008 a collector built a replica of a Présidentielle, which was auctioned for 155,250 € about ten years ago. The normal Citroën SM is now traded between 28,000 and 46,000 €, but it is important to have proof of maintenance in order to be reasonably sure that the Maserati engine and hydropneumatics aren’t in a maintenance jam.