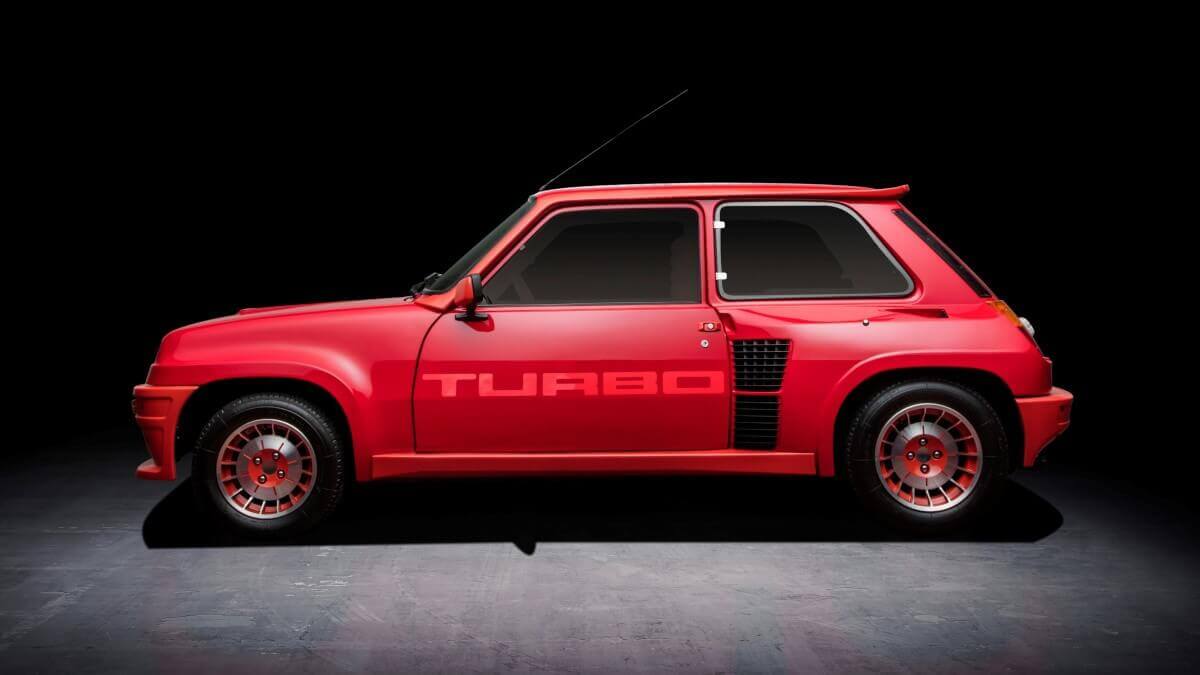 In 1977 Renault surprised international motorsport enthusiasts with a factory entry into Formula 1. Not only this step was remarkable, but also the choice of the engine used in the RS 01 called monoposto racecar. Instead of using a three liter engine with either eight or twelve cylinders like all the other teams, the French brand had previously asked the FIA for permission to use a turbocharged engine. Due to the so-called turbo factor, however, the capacity had to be reduced to 1.5 liters. A V6 was chosen as the basic concept. Due to the ongoing developments, Renault used their new racing car in 1977 only at the third last race, the Grand Prix of USA East at Watkins Glen. Jean-Pierre Jabouille finished 14th in qualifying and retired from the race after 30 of 59 laps with a defective ignition system. In the following year, Renault dropped out the first two races in Argentina and Brazil, but raced all other events from South Africa to the finale in Canada – although still with only one car for Jean-Pierre Jabouille.

However, the competitors weren’t excited about the new engine concept from France. The reason for this was the initially non-existent competitivness. The yellow-white-black racecar only attracted attention with training results in the middle of the field and with technical failures in the race, whereby not only the ignition but also the turbocharger, the gearbox, the oil pump or even the entire engine broke. The latter also broke in the first lap of the domestic French Grand Prix, to the team’s regret. It wasn’t until the end of the 1978 season that Renault found both the reliability and the speed to get the other drivers into serious trouble. Jabouille reached the third place in qualifying both in Austria and on the high-speed circuit of Monza in Italy. At the Grand Prix of the USA East, exactly one year after the debut of the RS 01, this monoposto crossed the finish line for the first time in the within the championship points in fourth position. In 1979, the ‘Equipe Renault Elf’ registered for the whole season. Next to Jean-Pierre Jabouille, they hired René Arnoux as second driver. It started with two engine failures in Argentina and a retirement of Arnoux after a driving mistake in Brazil, but culminated in Jabouille’s pole position in the third race in South Africa. That was the best result for the following races. Meanwhile Renault developed their new racecar RS 10. 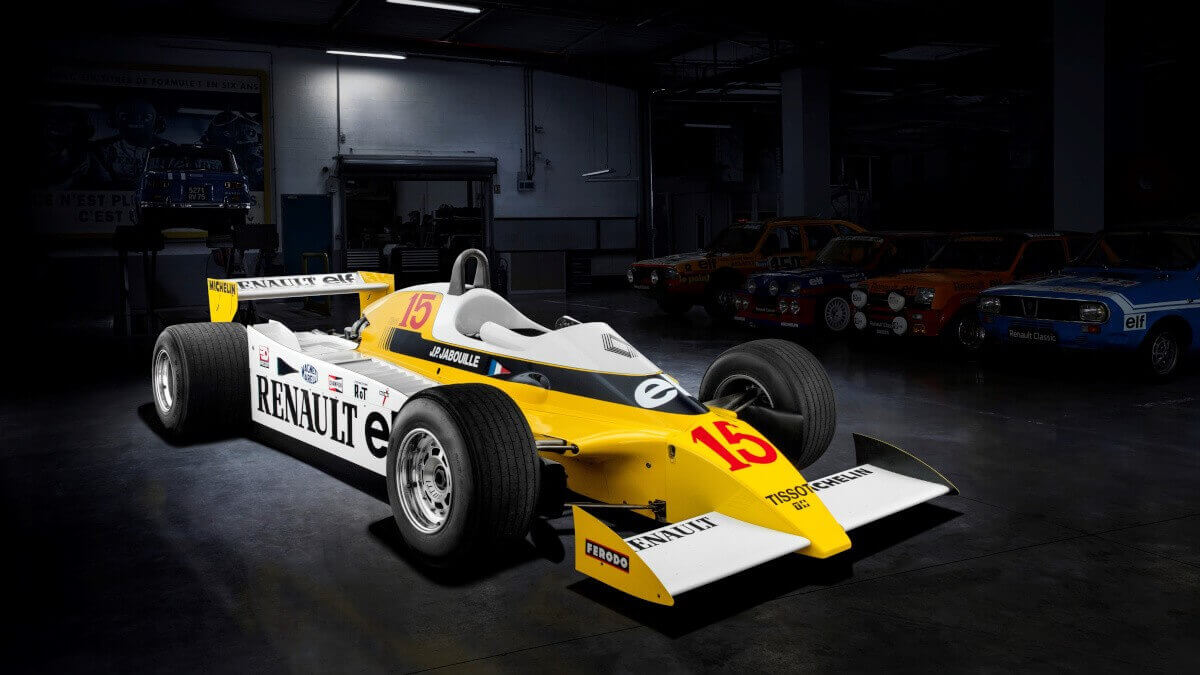 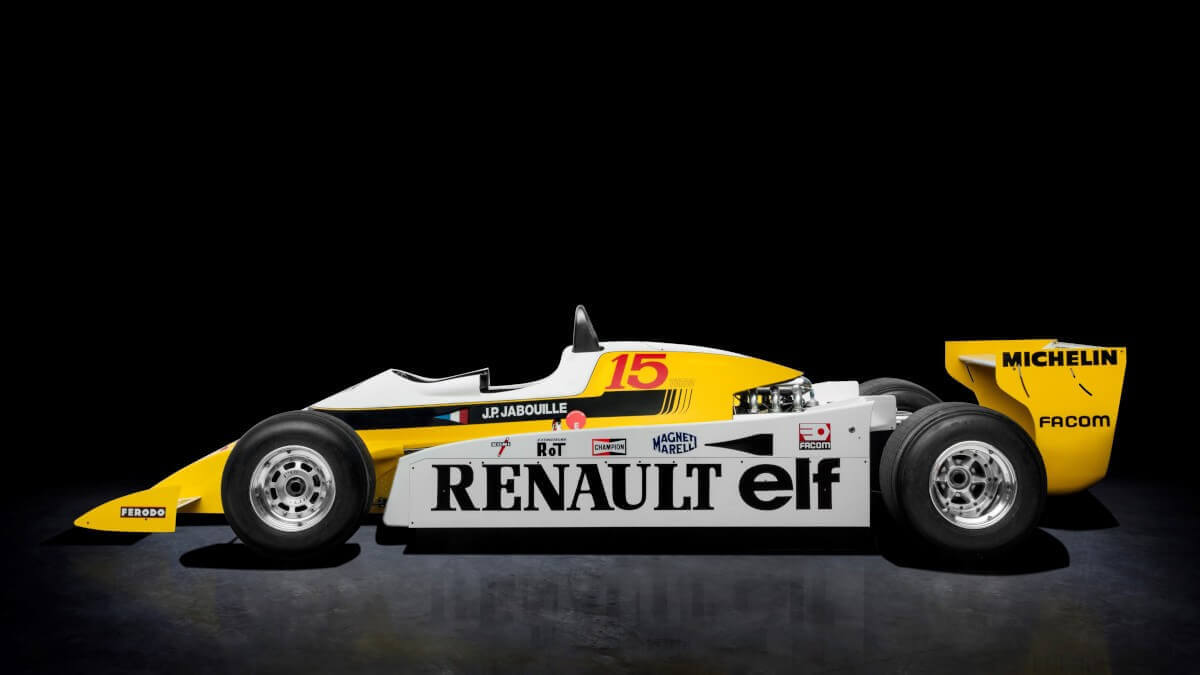 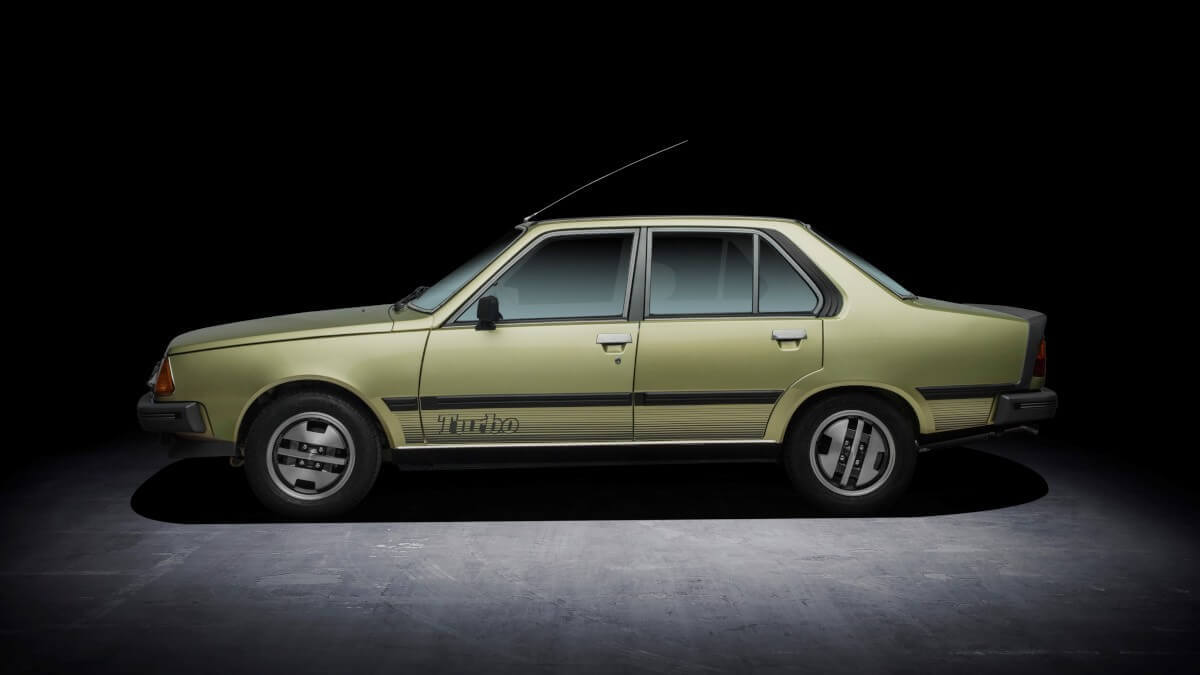 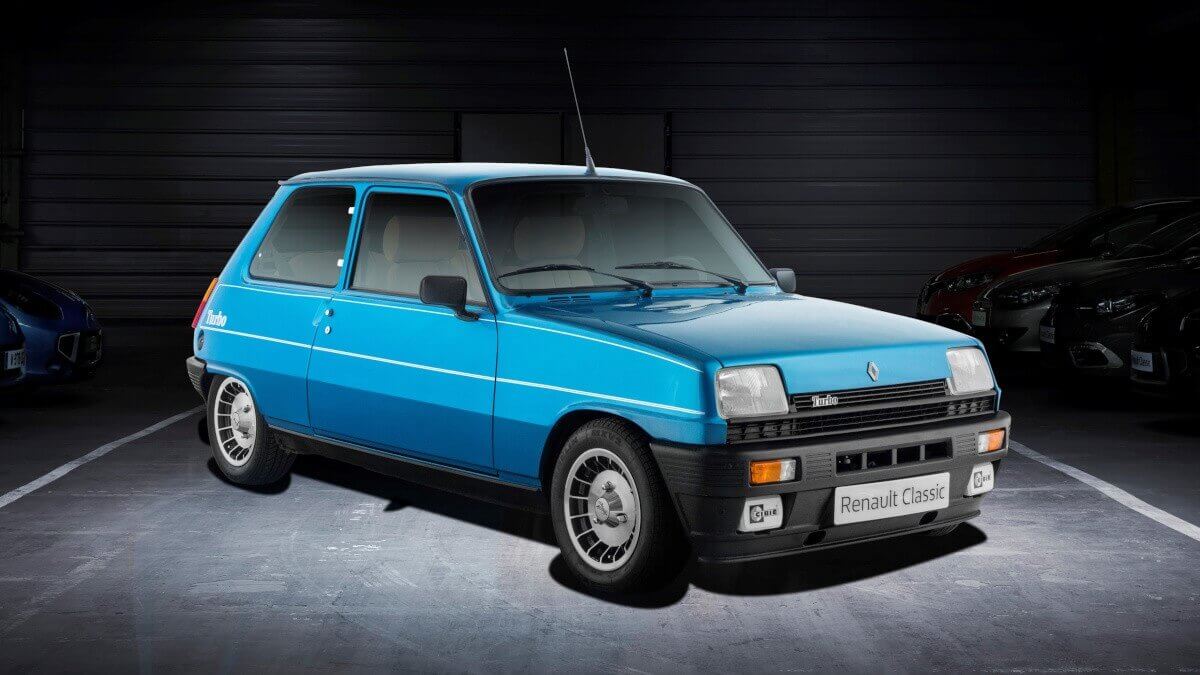 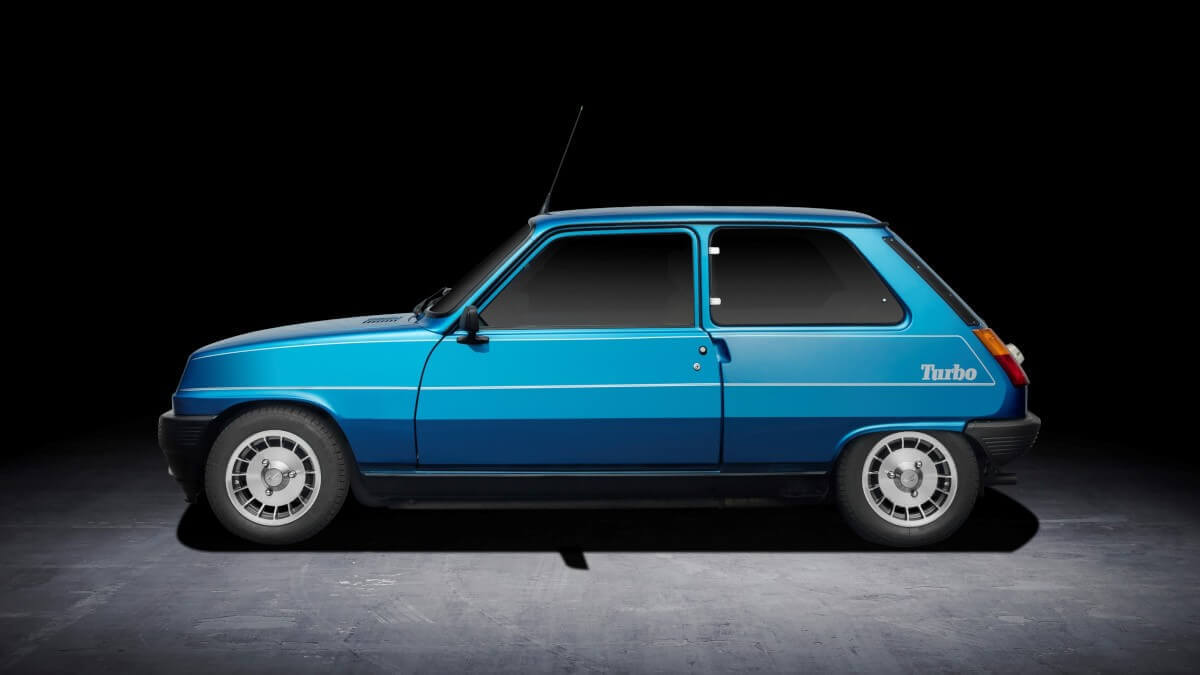 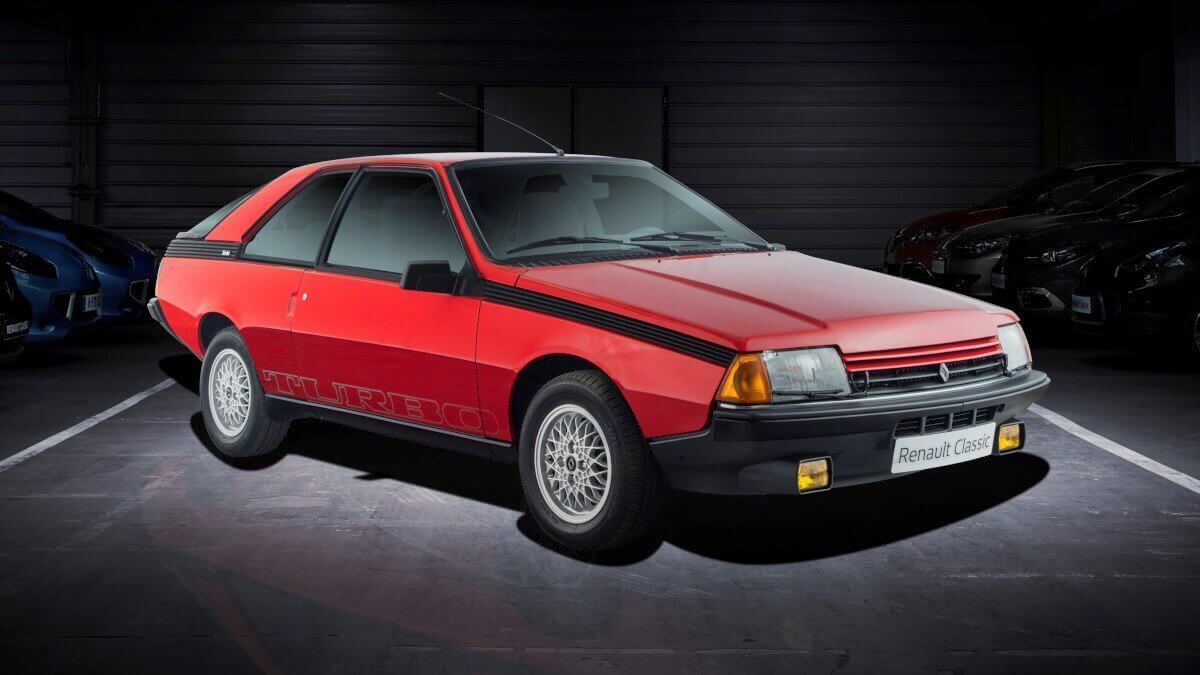 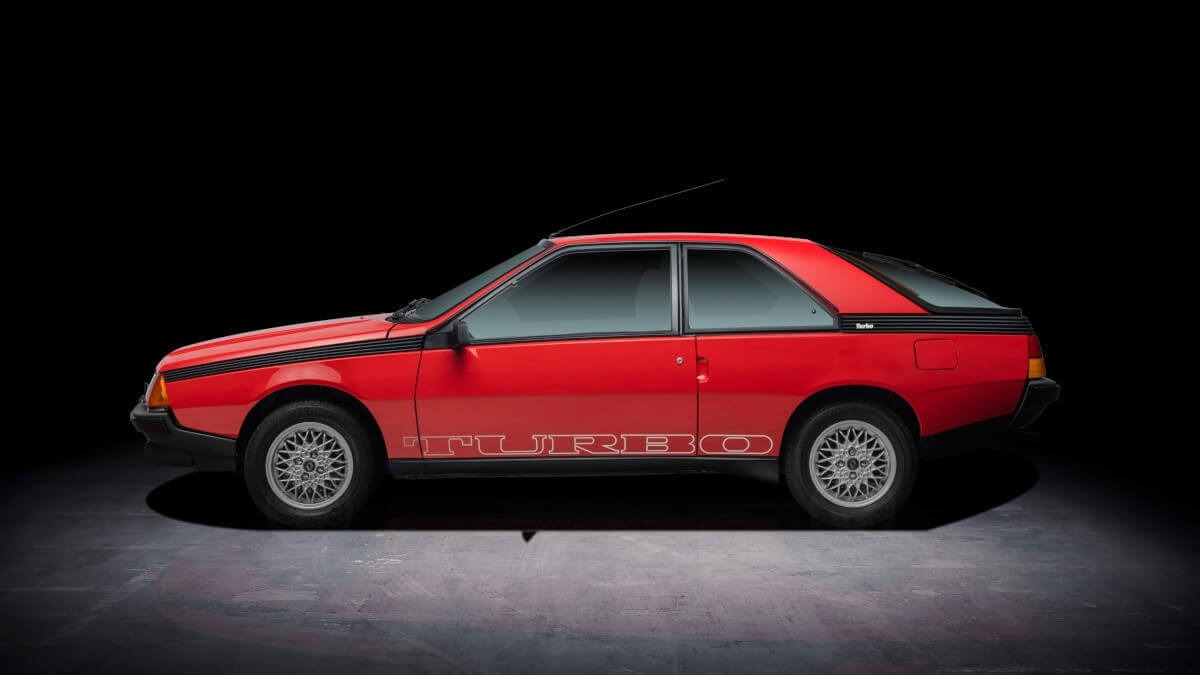 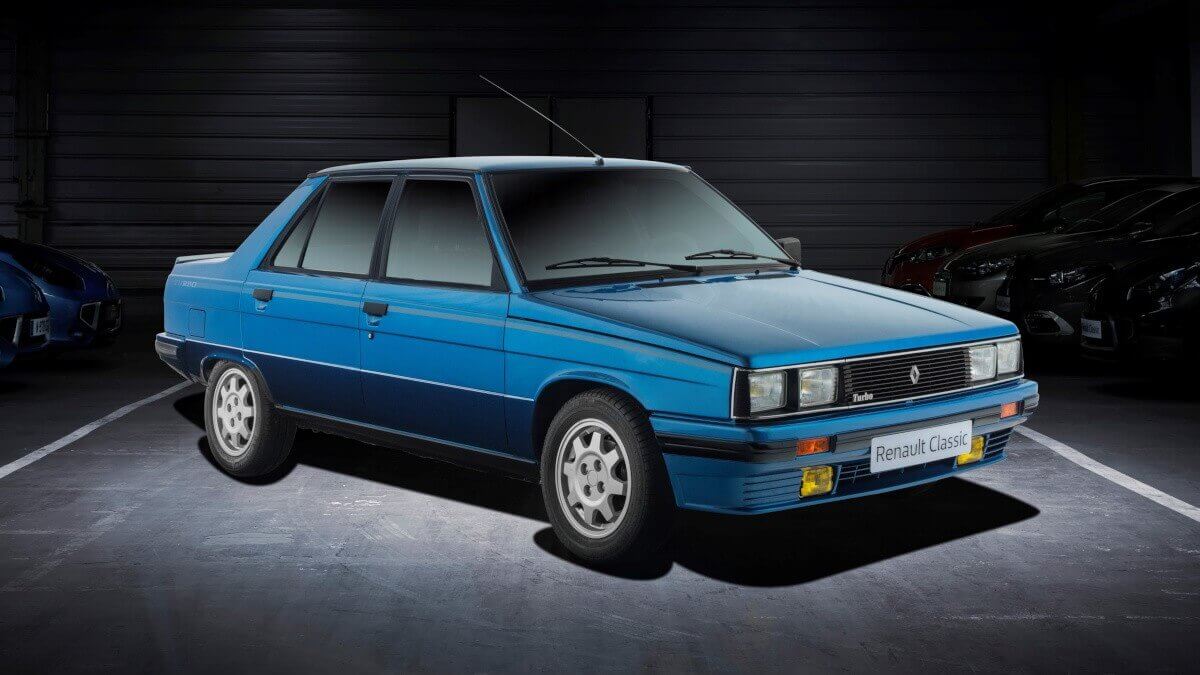 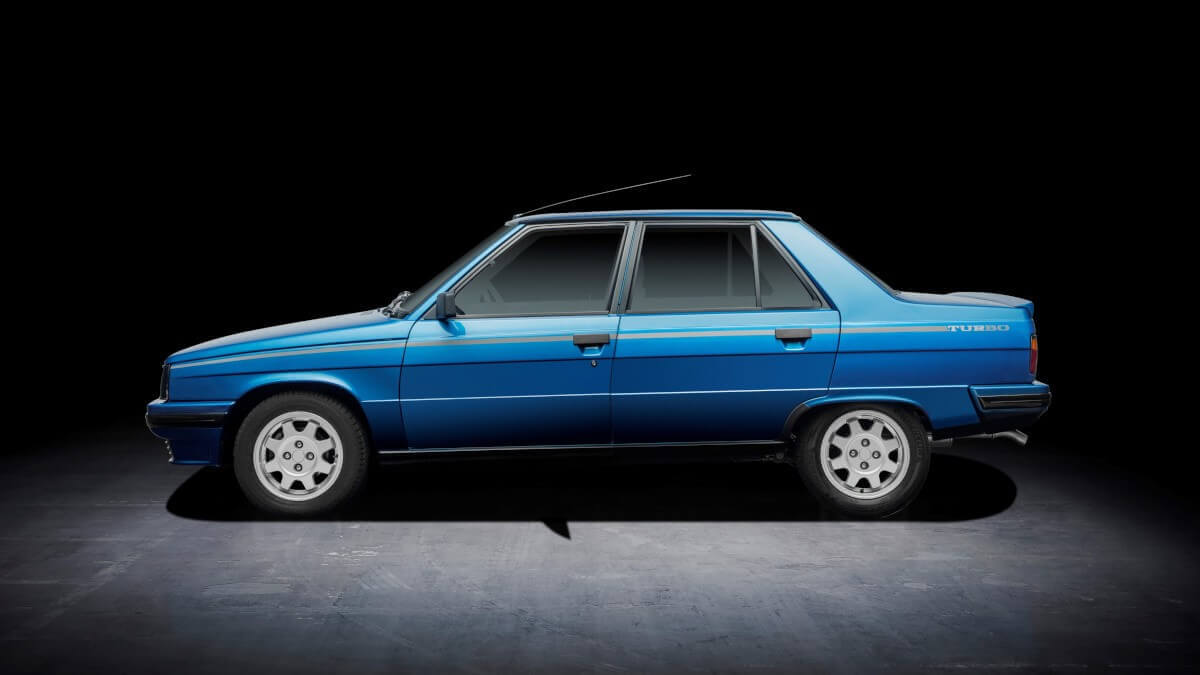 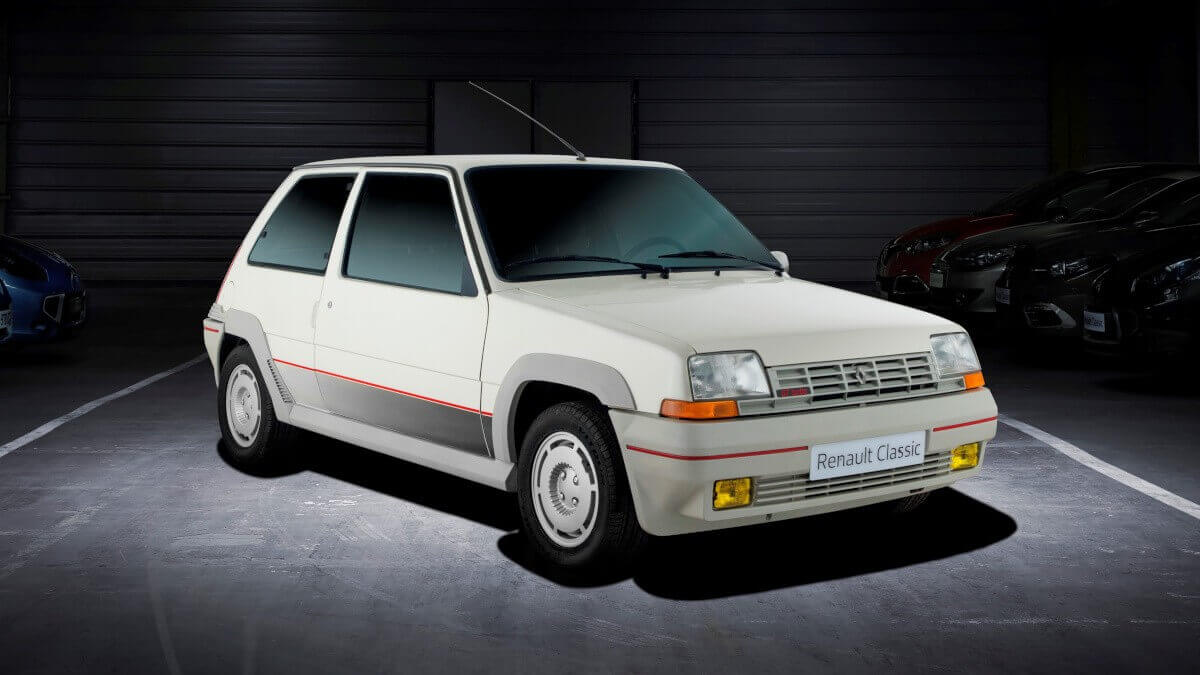 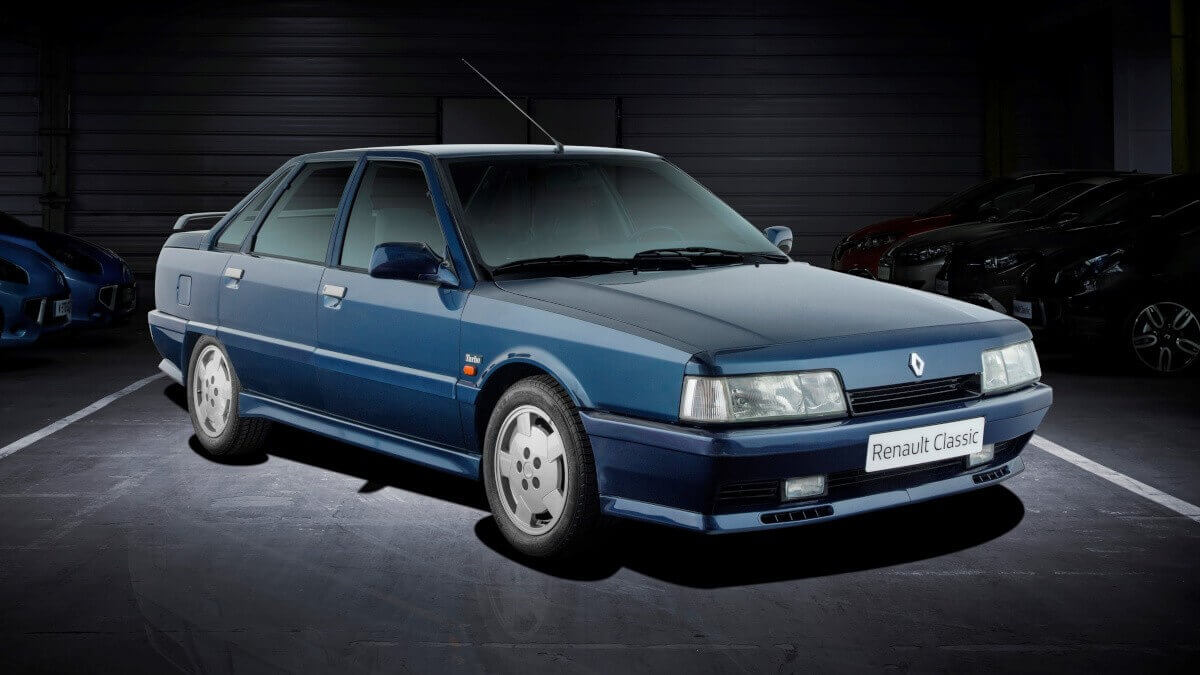 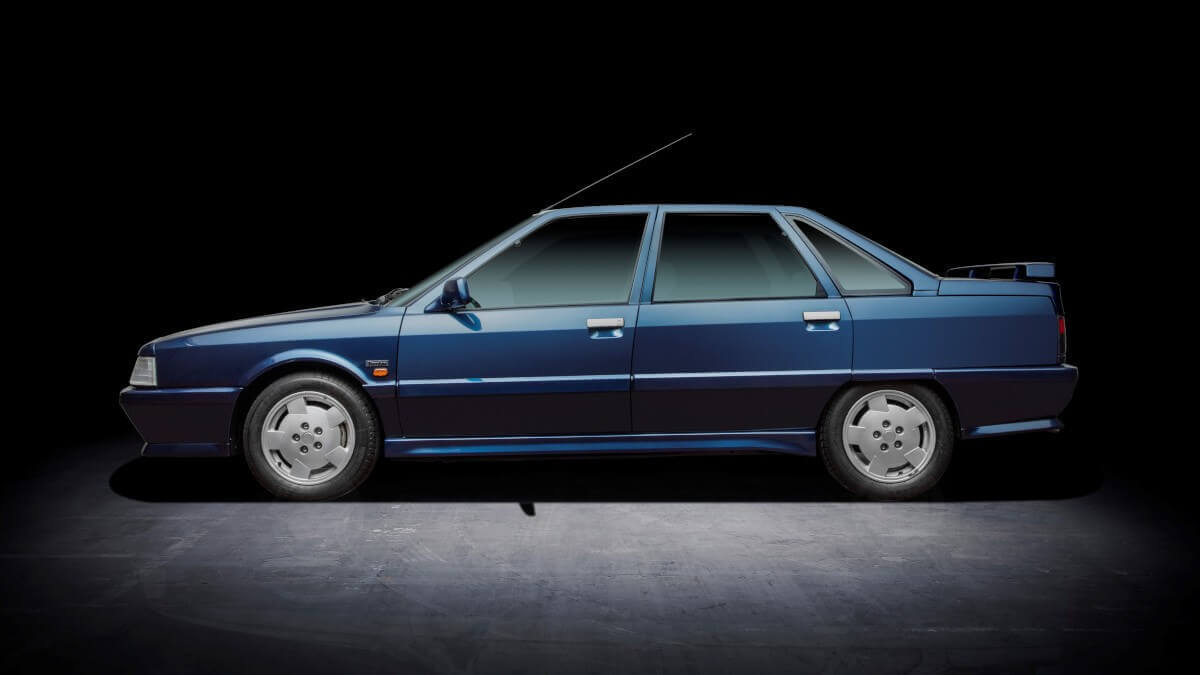 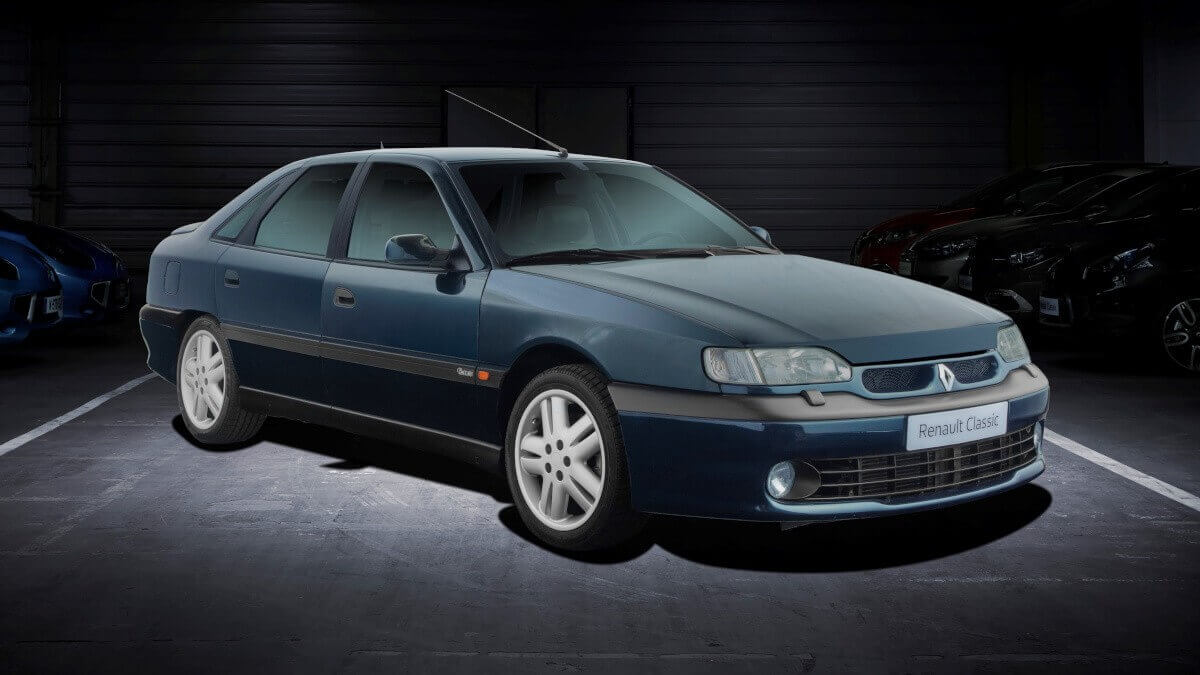 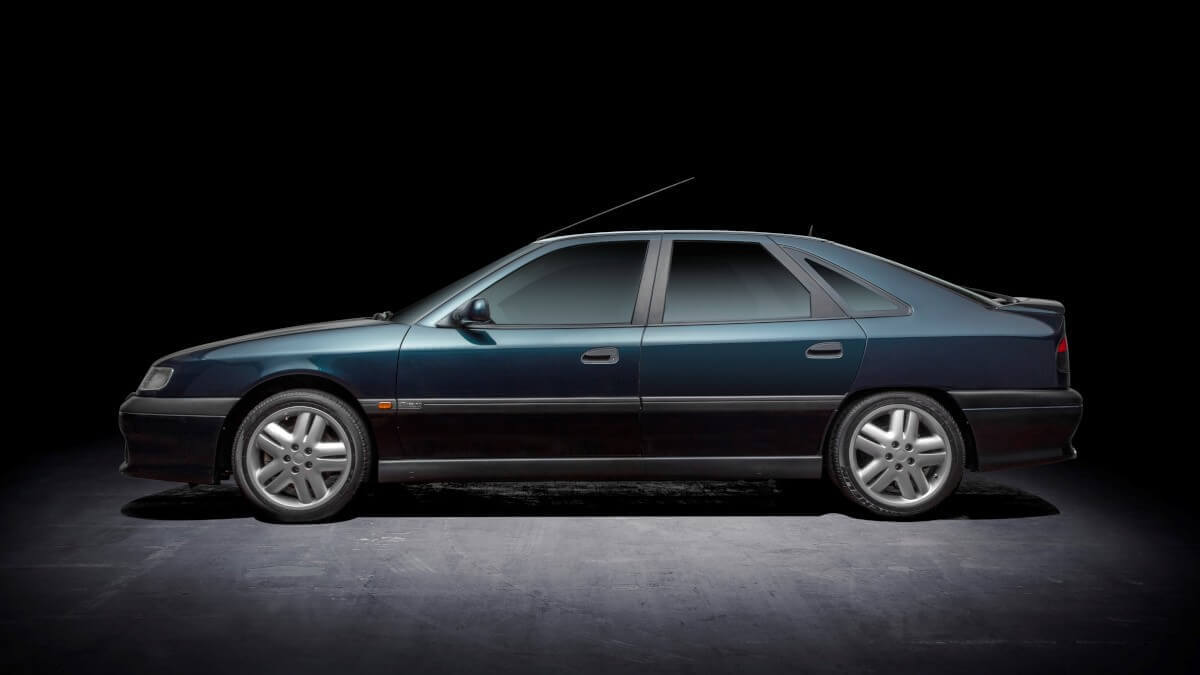 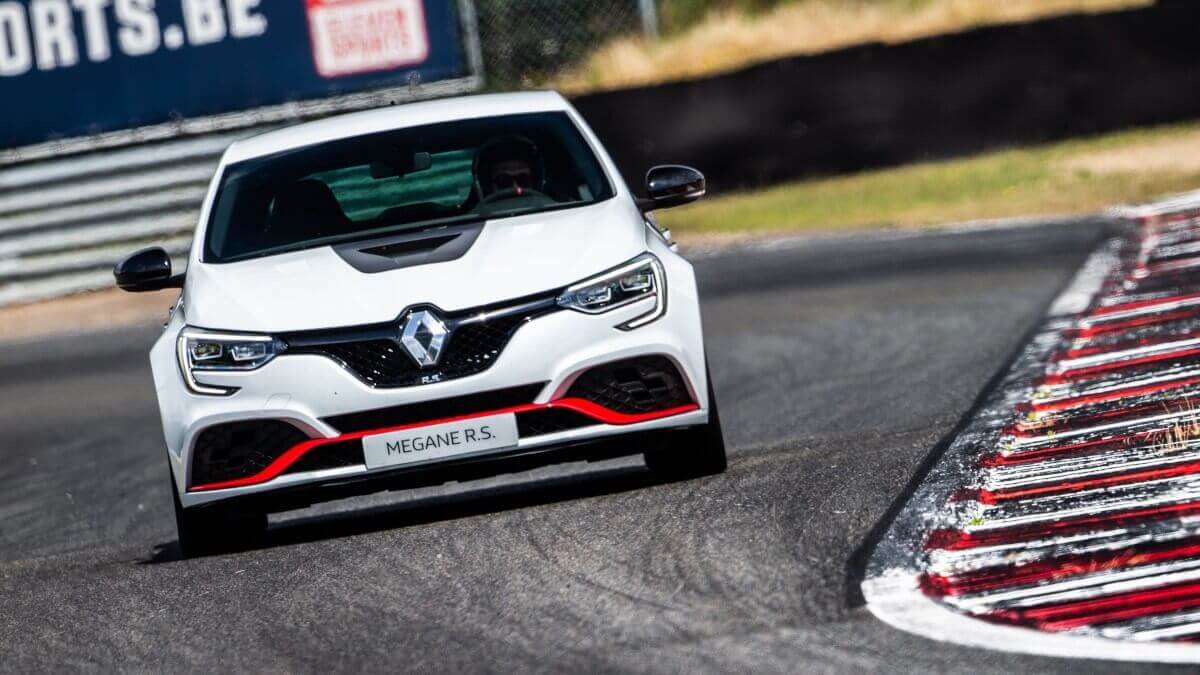 It was only at the French Grand Prix, the eigth round of the season, that Jean-Pierre Jabouille again reached pole position, directly followed by his team-mate Arnoux. Fans remember the race itself today mainly because of the lap-long fight for second position between René Arnoux and Ferrari driver Gilles Villeneuve. Meanwhile Jabouille won the first race of a turbo engine for Renault in front of a home crowd – with car, engine, tires and fuel from France. This was followed by a second place in Great Britain and the GP of USA East as well as four pole positions and one fastest lap. From 1981 onwards, more and more Formula 1 teams, starting with Ferrari, were relying on turbo technology, which could be found in all F1 cars from 1985 onwards and was forbidden by the FIA for the 1989 season, replaced by natural aspirated engines with 3.5 liters of displacement.

At that time, Renault already completed the transfer from racing to series production. It all began in 1980, one year after the first turbo victory in F1, with the Renault 18 Turbo, followed by the mid-engined sports car Renault 5 Turbo. That car had been developed primarily for the Rally World Championship, but had to be sold as a road car as well for homologation reasons. This was followed almost every year by turbo derivatives as top engines in the Fuego, 11, 9, 5 GT and 21 model series. For the last time Renault used the Turbo designation on the rear of a top-of-the-line model at the Safrane Biturbo in 1993. Since then, this technology has continued to be available in the engine range, but now, thanks to the general downsizing trend, also in smaller engine variants below the respective top versions. But there are still some of those as well, which was demonstrated only recently with the Megane RS Trophy-R on the Nürburgring Nordschleife with a lap record for front-wheel drive cars in 7:40.100 minutes. So the turbo age at Renault is far from over.