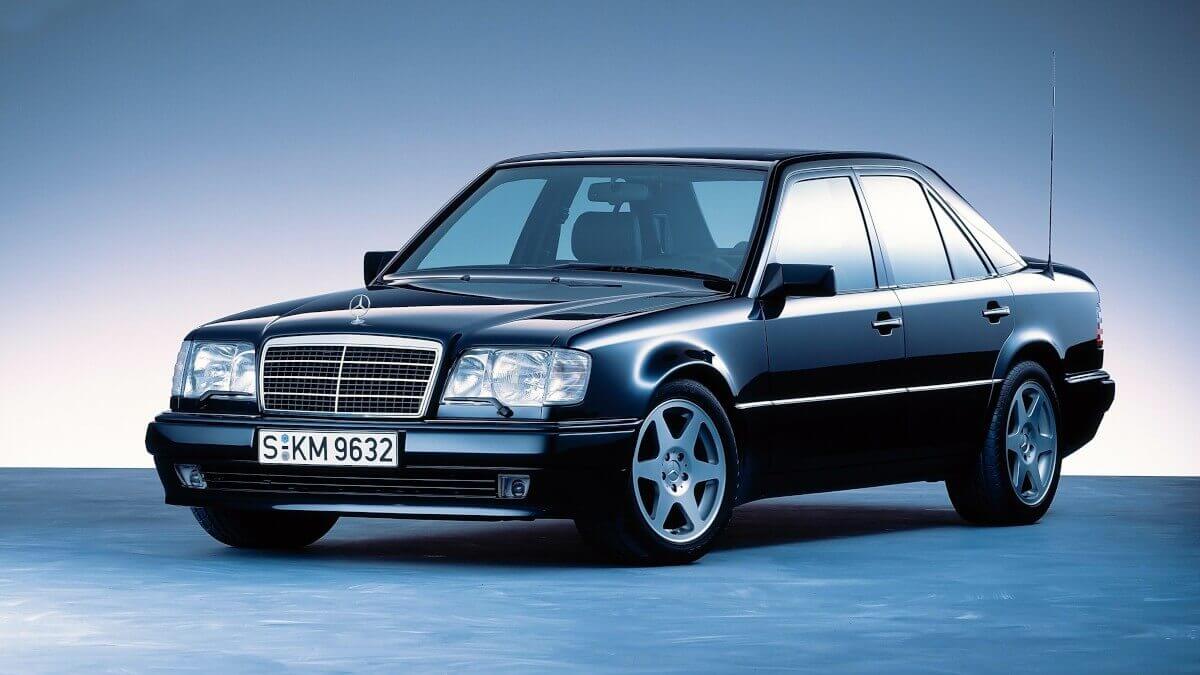 When you hear the keywords ‘family Porsche’, you probably immediately think of Porsche Cayenne, Panamera and Taycan nowadays. But it wasn’t so long ago that these cars were far away and Porsche was doing anything but well. During this time, the company was happy to receive orders from third parties to keep the main factory in Zuffenhausen. And so, 30 years ago, the ‘family Porsche’ was born, which is already another legend today. The Mercedes-Benz 500 E was the first, followed shortly after by the Audi RS2 Avant. In 1990, in October of that year to be precise, Mercedes-Benz introduced a sports saloon at the Paris Motor Show. Compared to its ‘normal’ model siblings of the W124 series, this Benz differed from the outside mainly by the flared front fenders and the new front spoiler with recessed fog lights.

But the biggest innovation was to be found under the bonnet. For the first time in the history of the Mercedes-Benz mid-size series, a V8 engine was installed there. This was the unit with the designation M119 E50, which was first used in the 500 SL roadster of the R129 series. The engine initially produced 240 kW/326 hp. From the 1993 modelyear onwards only 235 kW/320 hp, as the heavy system to enrich the fuel-gas mixture under full load was dispensed with. This was intended to make the engine more economical at full speed, but the majority of owners rarely drove at full throttle, so it was possible to do without this system and also save a few kilograms. The Mercedes 500 E – renamed to E 500 in the modelyear 1993 – was only available with an automatic transmission. Not that the people of Stuttgart couldn’t do any better, but the philosophy behind this car was clear. At this level of performance the driver should concentrate on driving and not on shifting gears. In addition, they naturally also wanted to satisfy the in-house demands for comfort.

But what does all this have to do with Porsche? The vehicle was developed by Porsche in Weissach on behalf of Mercedes-Benz. But that’s not all. Not only did the development and testing take place, but the Porsche plant in Stuttgart-Zuffenhausen served as the production facility where the 500 E was assembled by hand. Incidentally, the automatic transmission of the Mercedes-Benz 500 E also found a sparring partner in the form of another V8 in the Porsche 928 GT, S4 and GTS. The special appearance of Porsche was offered by no other comparable car at the time, of which there were also only very few at that time. Apart from the BMW M5 with its 232 kW/315 hp inline six-cylinder engine, there was no production saloon that could compete with the 500 E. The acceleration time of 6.1 seconds from zero to 62 mph and the (limited) topspeed of 155 mph are still good values today. There were also the BMW Alpina B10 Bi-Turbo and Opel Lotus Omega, which were produced in minimal numbers only, so the only real competitor was certainly the M5, which was clearly much more sporty than the E 500, but followed a completely different philosophy. Nevertheless, the 500 E shook up the people of Munich, as they didn’t want to be left behind in terms of performance. Therefore, a 250 kW/340 hp variant was added to their range in 1992. However, the V8 drivetrain remained a unique selling point of the sports sedan from Stuttgart. 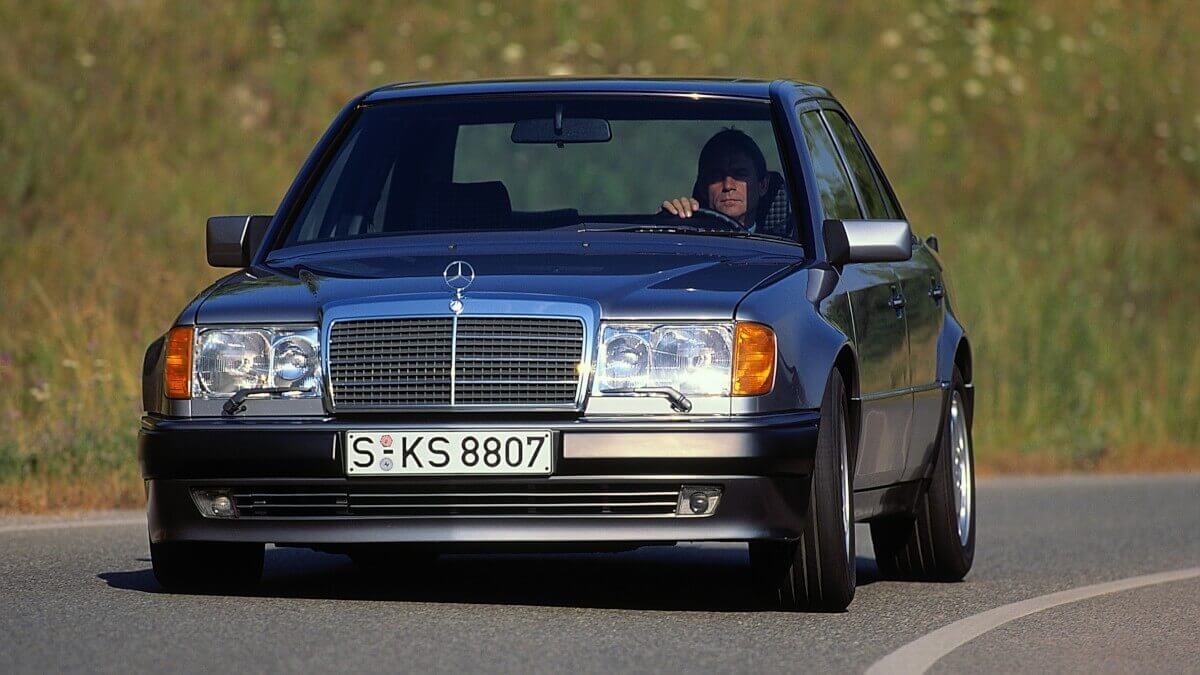 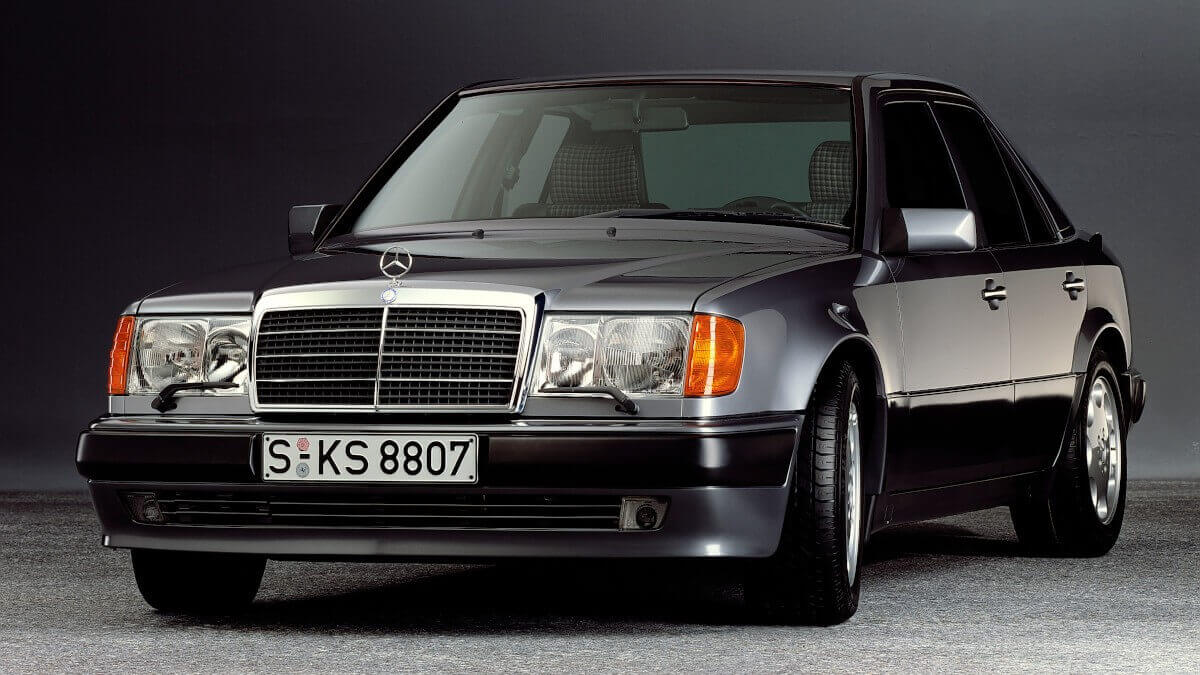 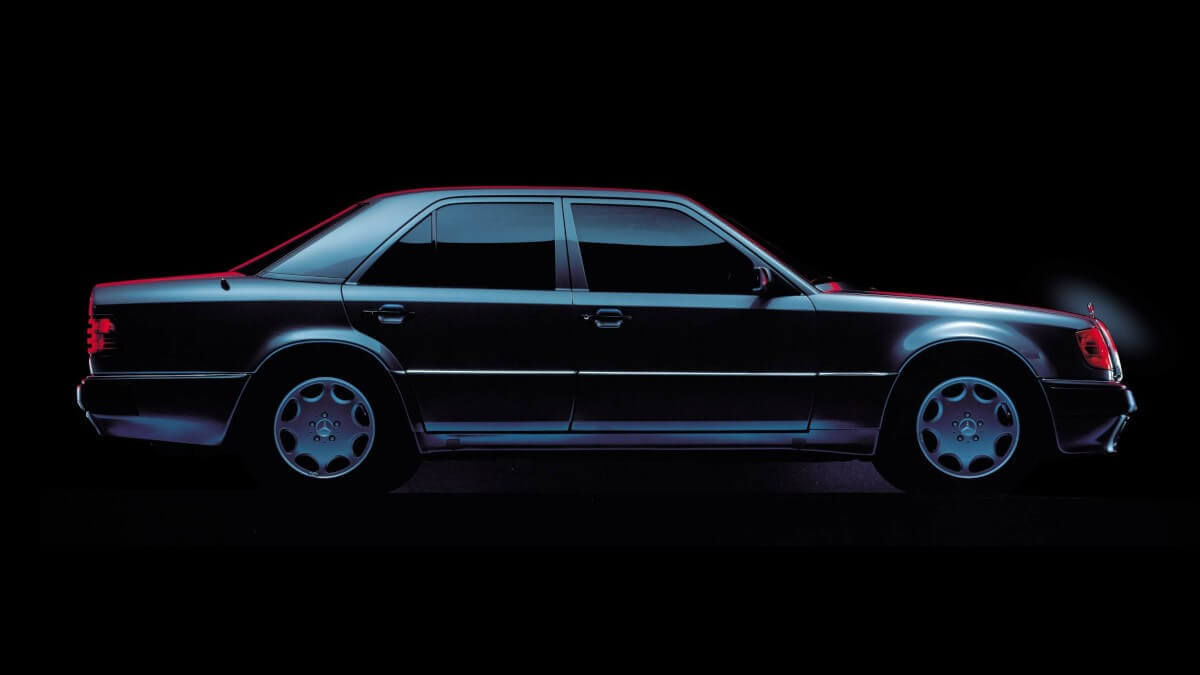 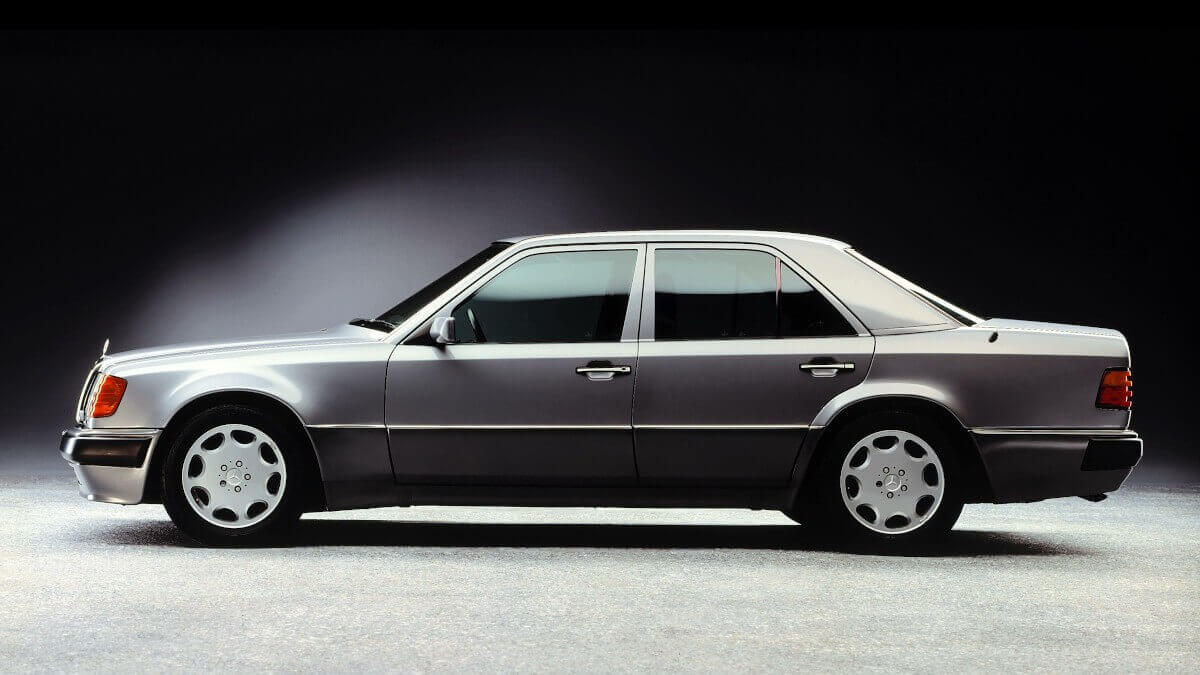 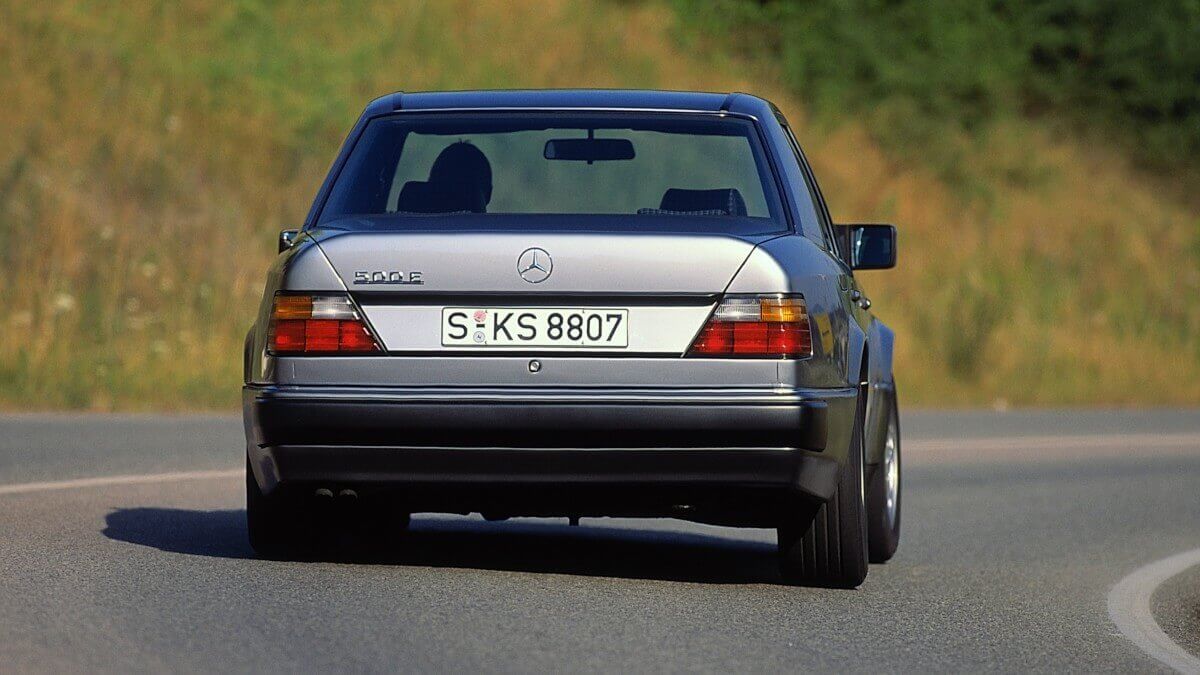 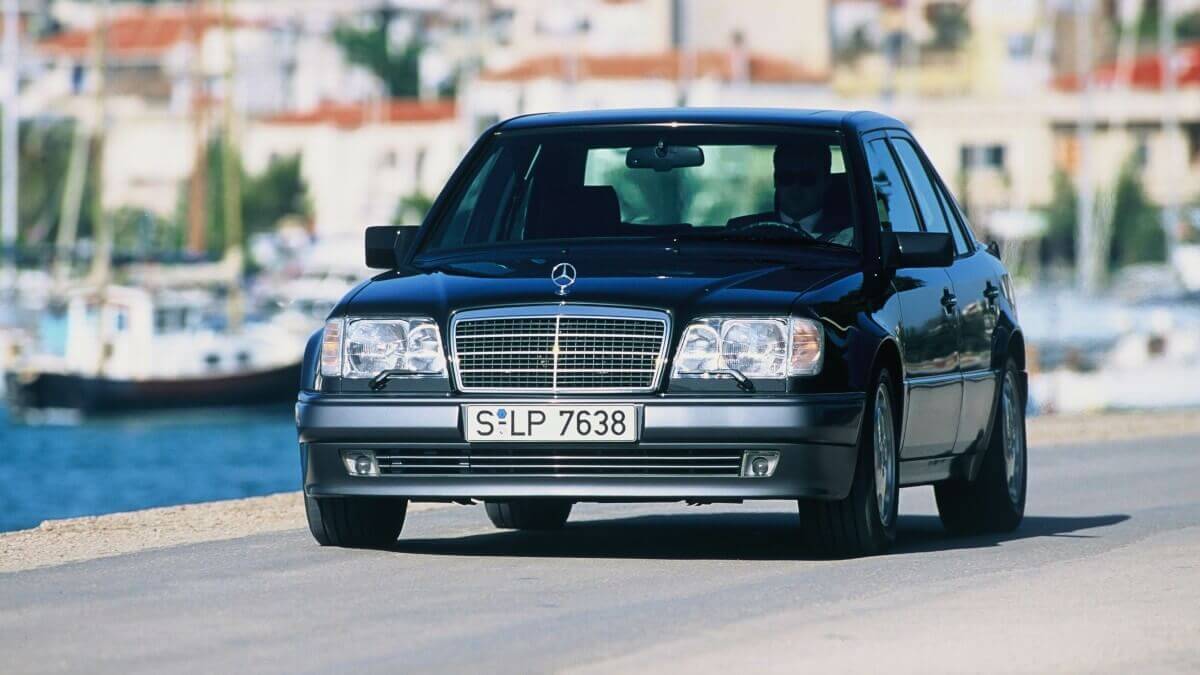 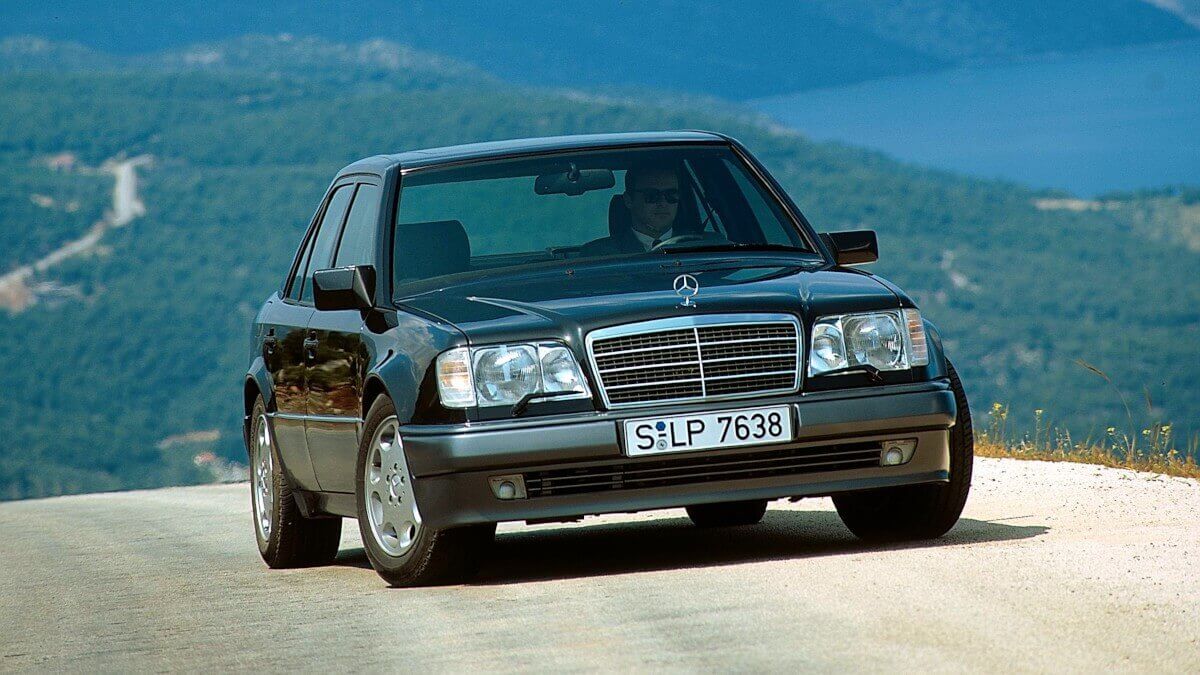 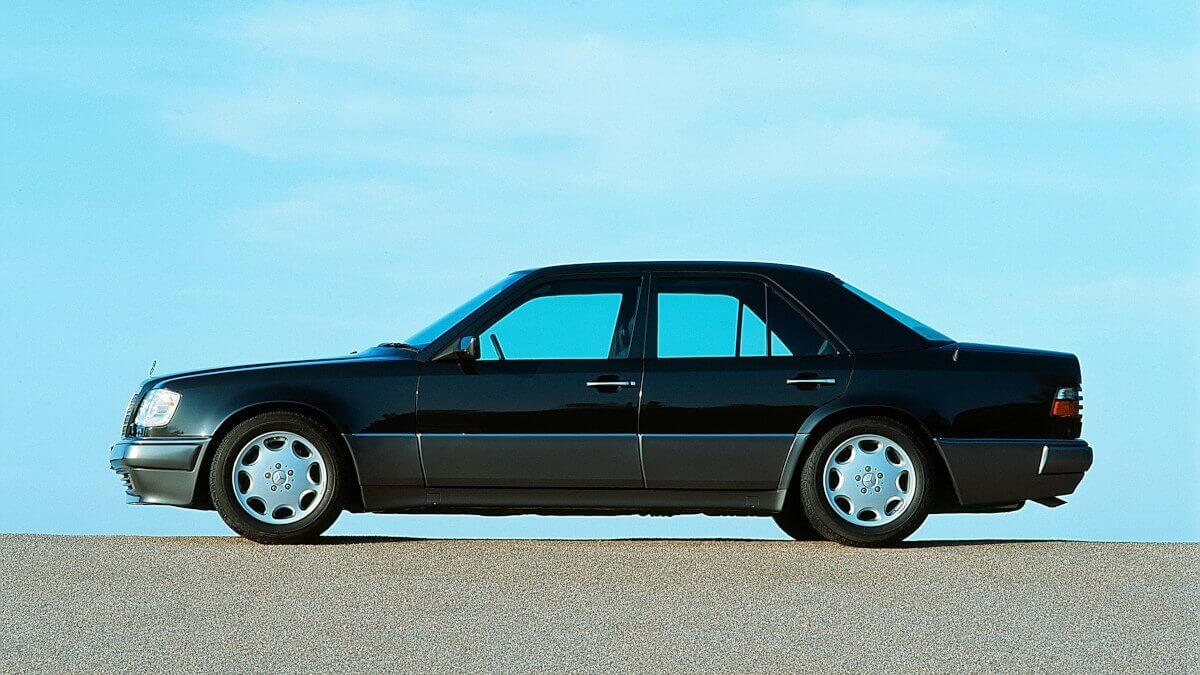 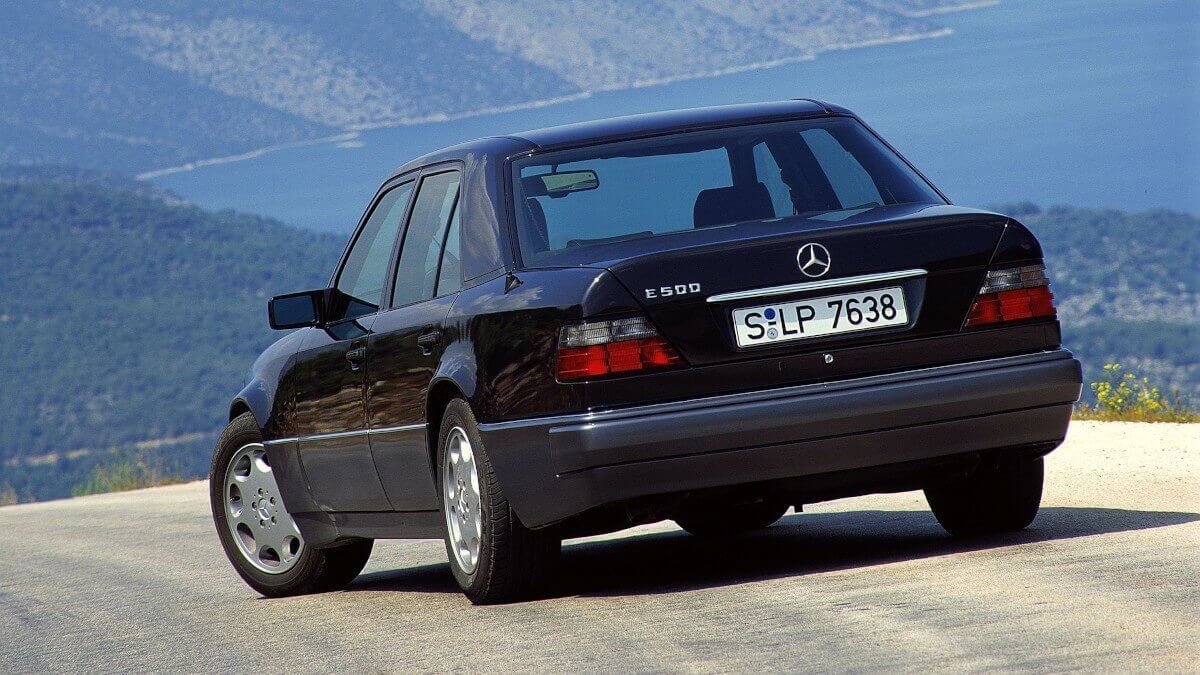 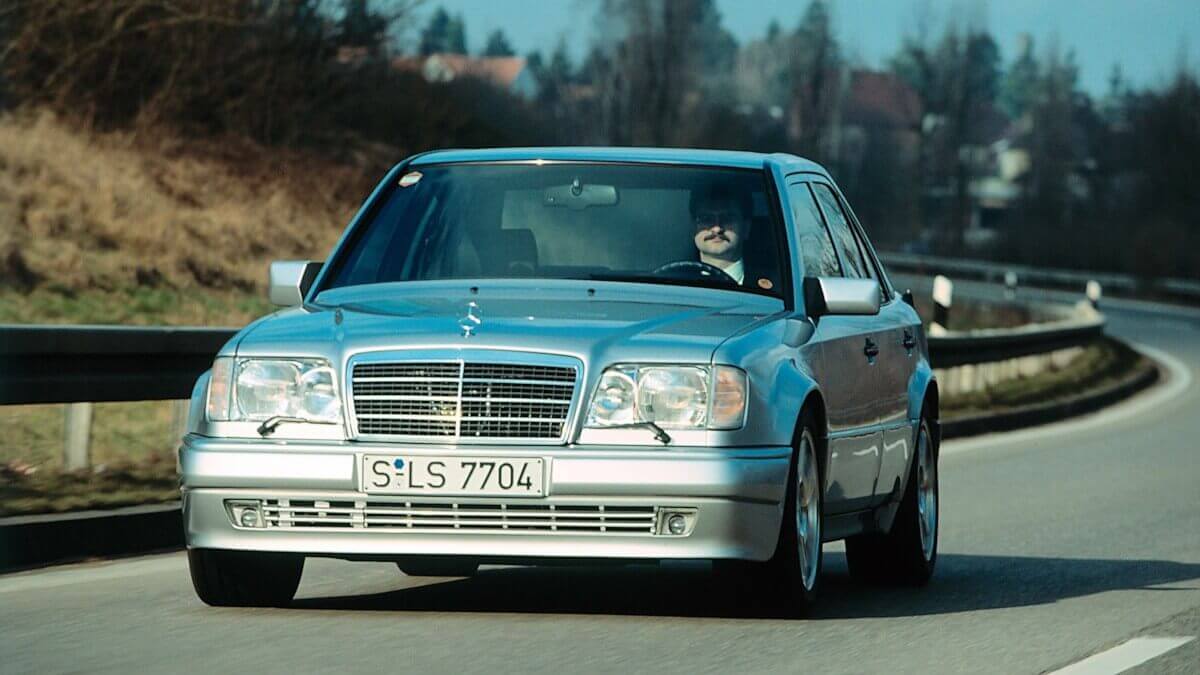 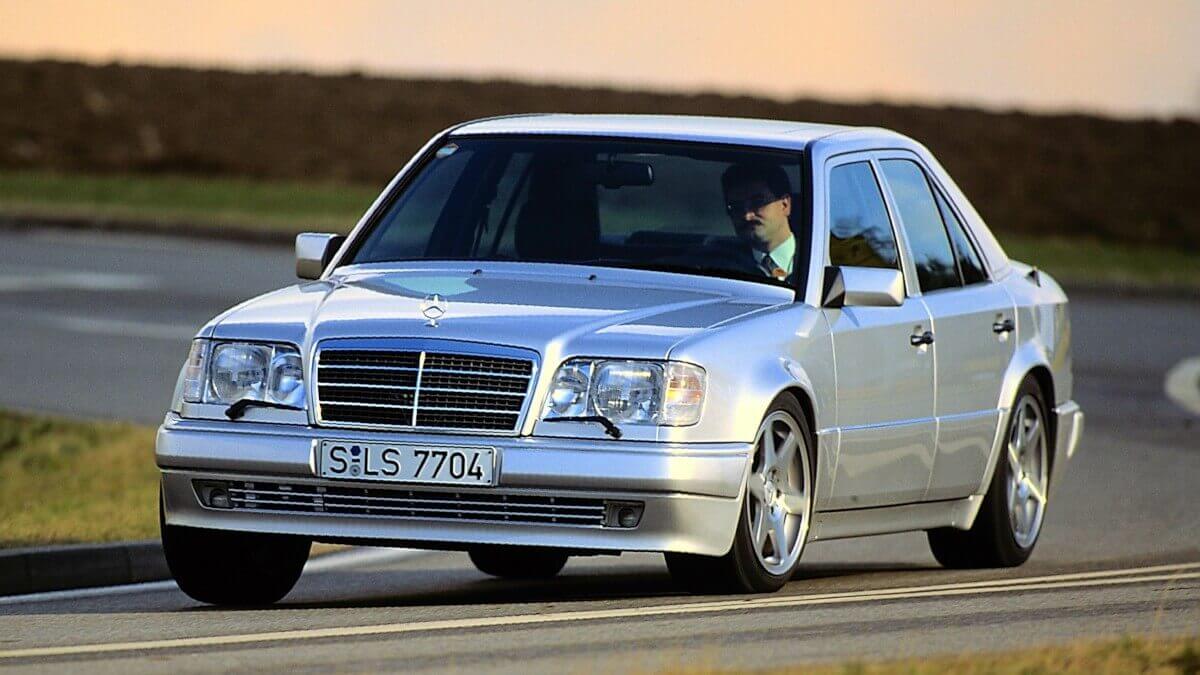 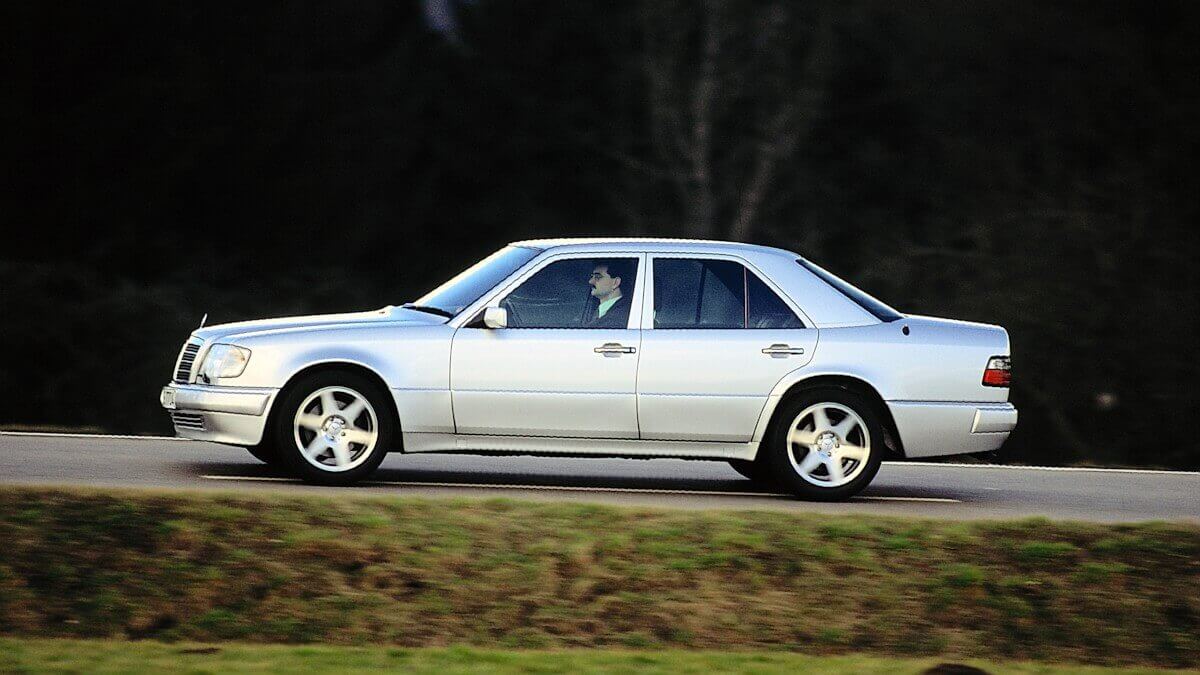 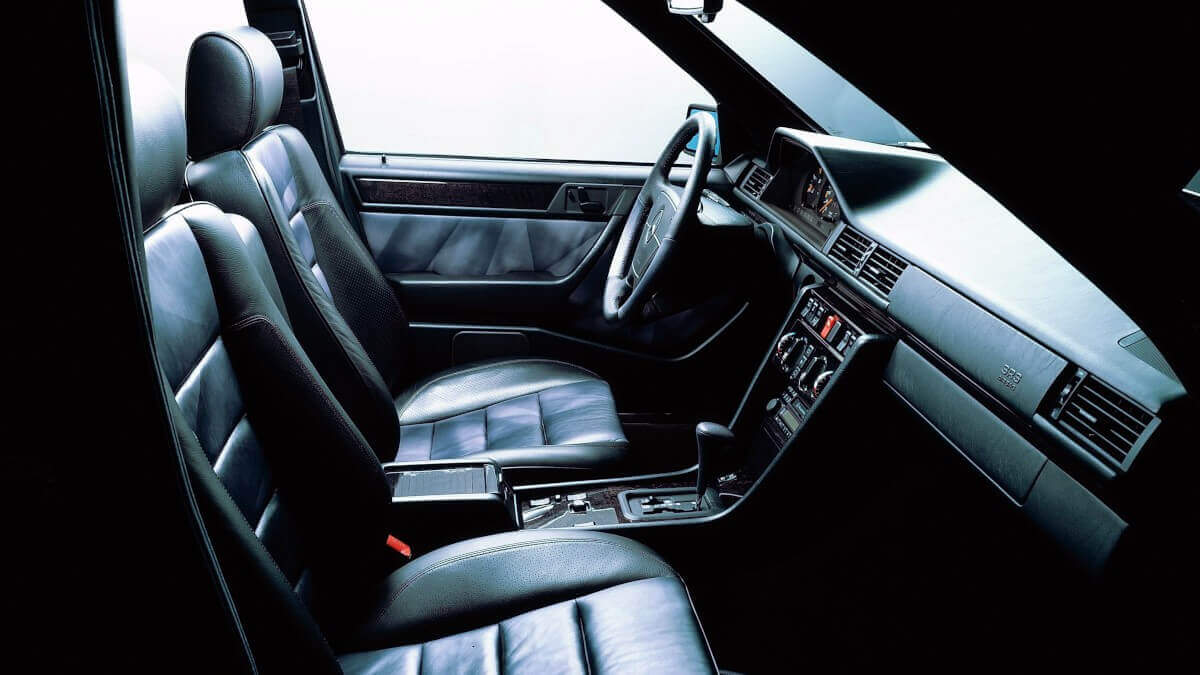 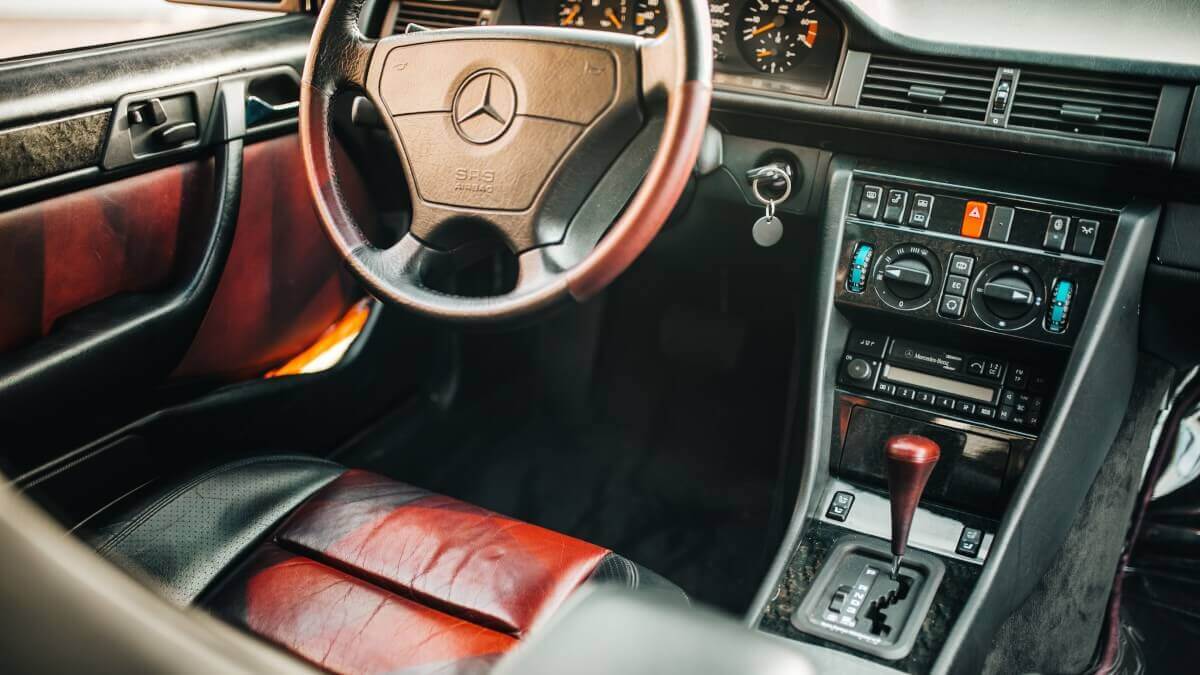 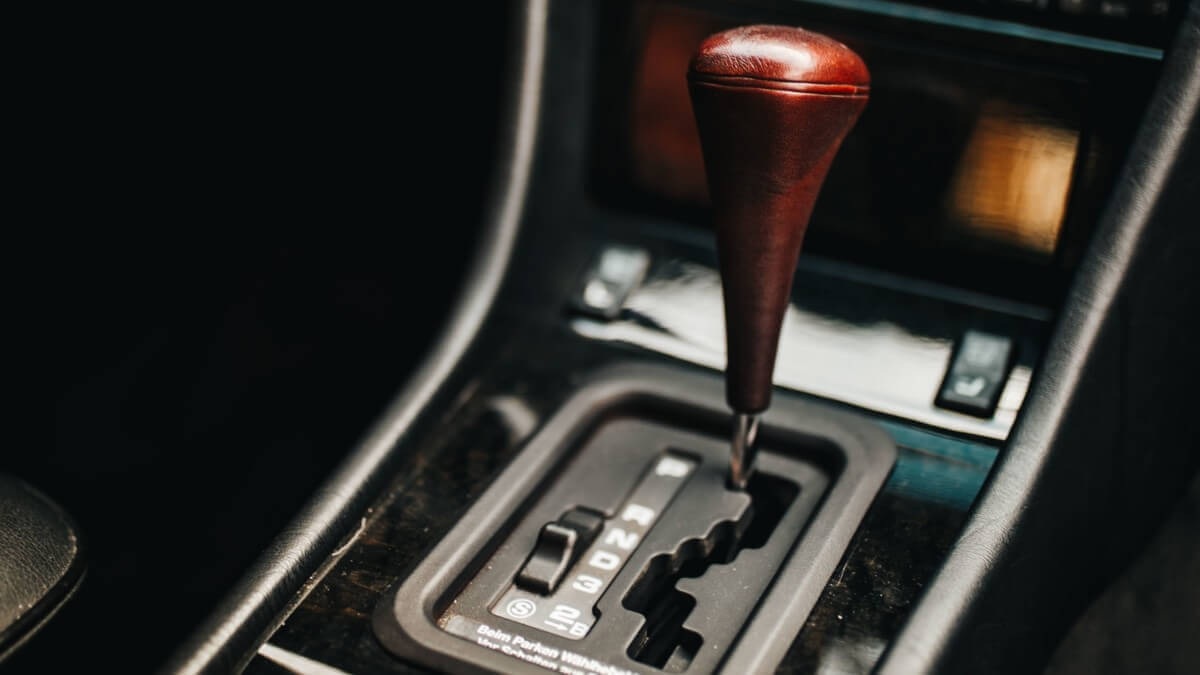 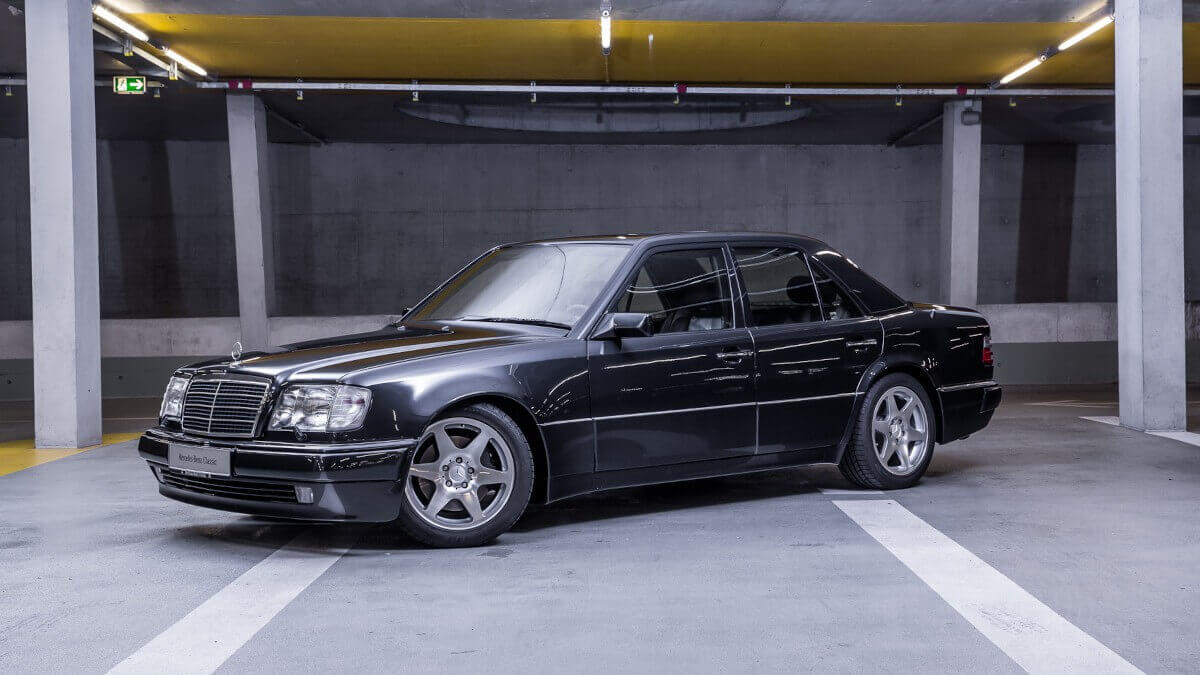 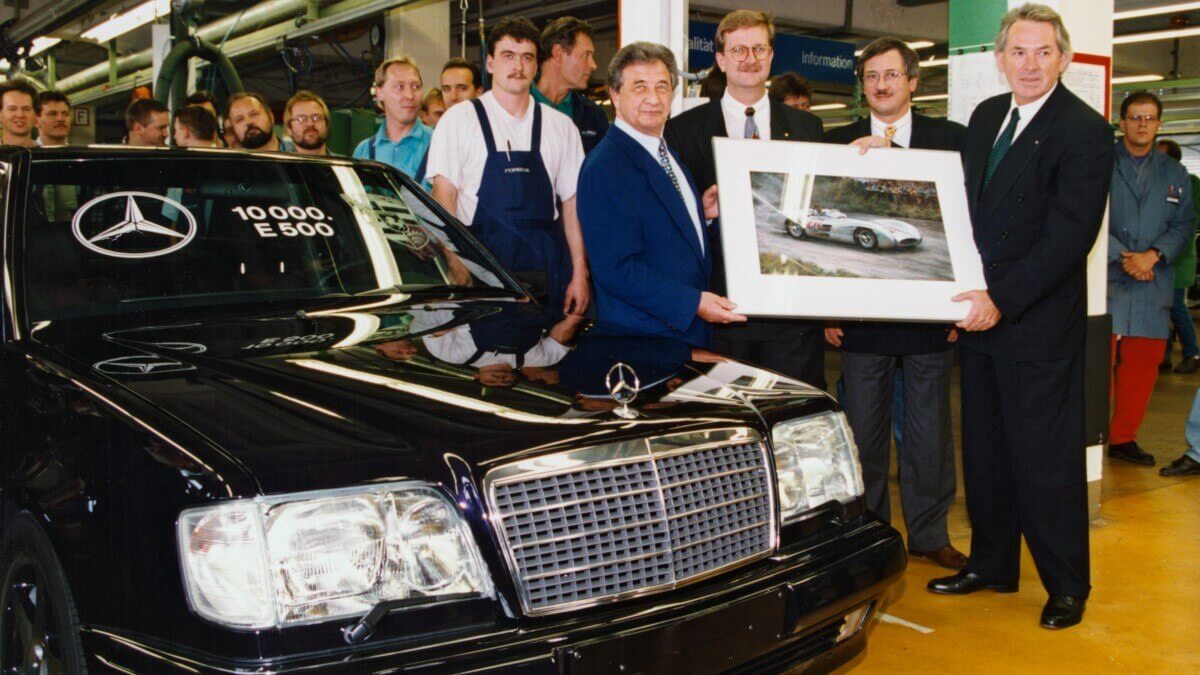 Of course, the Mercedes-Benz 500 E was equipped with everything that was good and expensive at that time. Next to the V8 engine already mentioned, these included the front and rear brakes of the Mercedes-Benz 500 SL, with a diameter of 300 millimeters at the front and a stately 278 millimeters at the rear. Surprisingly, on the other hand, leather upholstery was only an optional extra, which actually brought the used car market models with cloth seats. The new price of this sports saloon was 134,250 DM when it was launched. By the end of production, the price had already reached 145,590 DM, which had to be transferred to the Stuttgart bank account. In the course of its four-year construction period, 10,678 (some sources only claim 10,359) units of the 500 E and E 500 were built. Nevertheless, some of these cars stand out especially. For example, the 10,000th car built was especially made for the former works racing driver Hans Herrmann and handed over to him on October 10, 1994 at the Porsche factory in Zuffenhausen.

The last 500 vehicles of the 500 E, which at that time was already renamed to E 500, were produced as the ‘Limited’ special edition, which was only available in two exterior colors, namely Sapphire Black and Brilliant Silver. The interior offered four color options for the leather: black/black, black/light grey, black/red or black/green. There was also a choice of bird’s eye maple or zebrano wood for the decorative trim. As a further option, the car could be equipped either with the familiar 8-hole rims or with the alloy rims of the 190 E Evolution II. Today, the Limited models are the most sought-after E 500 vehicles apart from the even rarer AMG offshoots. Right from the start, the tuner, who was still independent at the time, had offered the 500 E as a 6.0 with increased displacement and extra power. Later, a few examples of the E 500 Limited followed as the E 60 AMG. All those who weren’t satisfied with 320 hp were offered the desired addition of 280 kW/381 hp. However, due to the legendary price of more than 178,000 DM at that time, really only a few cars were produced. By the way, there are even smaller quantities of the E 500 station wagon, which is certainly unknown to most readers. While the 500 E and E 500 sedans can be seen every now and then on the streets, the E60 AMG and E 500 station wagons have almost completely disappeared from the road scene.

Today, most of the W124 500 E and E 500 age with dignity. Many have now become collector’s vehicles that are only driven in fine weather. The estimated stock of vehicles in their original condition is around 1,200 in Germany, and from time to time occasions arise for around 10,000 €. But it is better to keep your hands off them. Because what you save at the beginning comes back in three to four times the amount of costs, especially with the 500 E afterwards. Anyone who wants to buy a 500 E or E 500 after reading this text should know that on the one hand they will have a lot of fun with this vehicle, but on the other hand they can also profit from rising prices. The demand for good specimens is increasing significantly, and so is the price. Of course this statement only applies to vehicles in good and original condition. Those cars that unfortunately ended up with the faction ‘deeper, wider, harder’ should be avoided.