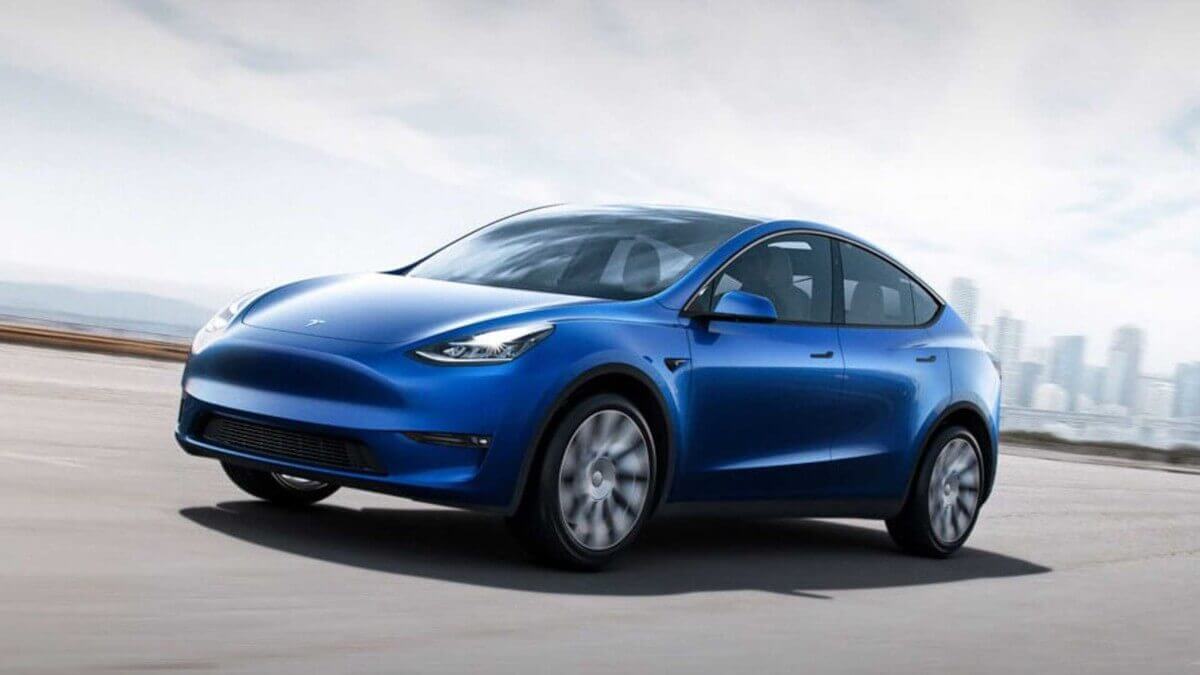 Last night it was time, the American pioneer of modern electric cars Tesla presented its new and already anticipated SUV model ‘Y’ in Los Angeles. That this premiere would become a ‘one-man show’ for Tesla’s CEO Elon Musk was expected after the experiences at earlier model debuts. After entering the stage to the song ‘I’m too sexy’ from ‘Right Said Fred’, he presented his view of the success of the Tesla brand to the audience: “Eleven years ago we literally produced one single car and in one year it will be one million.” And the new model is likely to have a considerable share. In the estimation of Musk it should become the most successful vehicle in the brand history. However, there is some evidence that the enterprising entrepreneur might be right. Musk even estimates that Tesla will sell more copies of the new Model Y than all the other models combined. With this SUV, Tesla is finally leaving the field of high-end luxury vehicles and is developing into a mass producing manufacturer.

But what is the basis for the new model? Visually, it doesn’t surprise at first glance. Based on the Model 3, which is a smaller Model S, it looks like a smaller brother of the extravagant Model X. With the closed front, the upward swept headlamps and the windscreen pulled up to the roof, the new SUV corresponds well to the common style of the Americans. More strongly modeled fenders, which pass into the doors with small beads make the Model Y sportier and more striking. The rear section also looks more masculine due to the spoiler being pulled out further from the tailgate. For the round-shaped body with its sophisticated aerodynamics, the manufacturer tells a remarkable cW value of 0.23. The most striking difference in comparison to the Model X is the absence of the extroverted rear gullwing doors, which had to give way for normal doors. 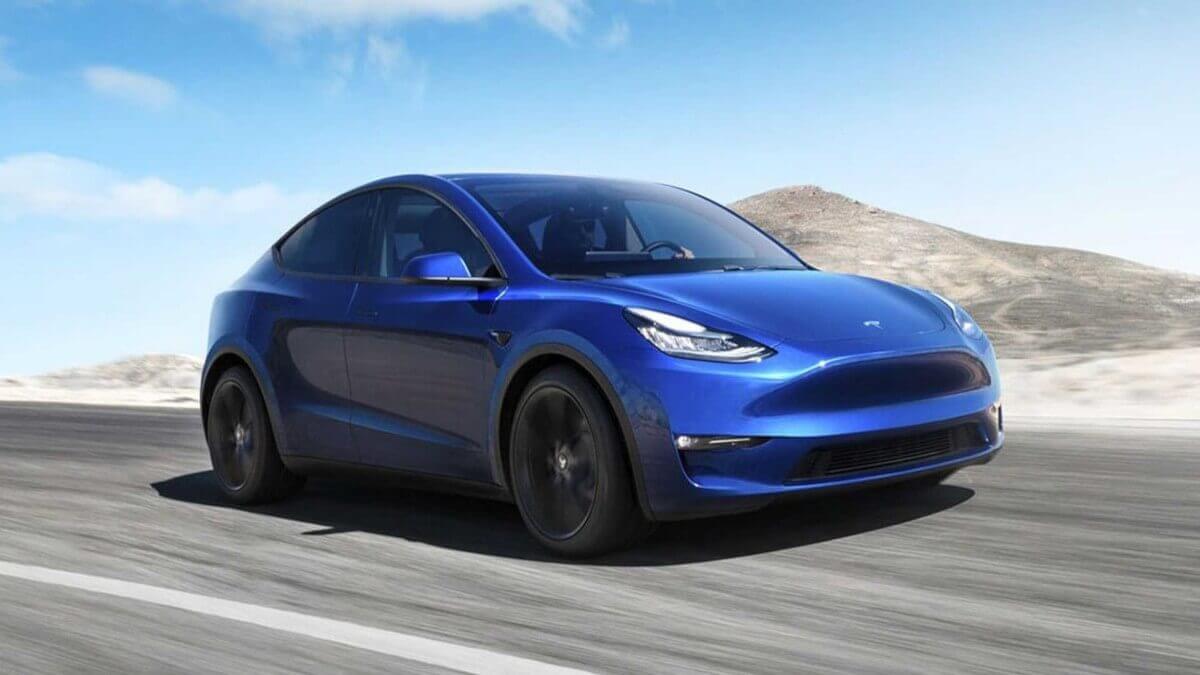 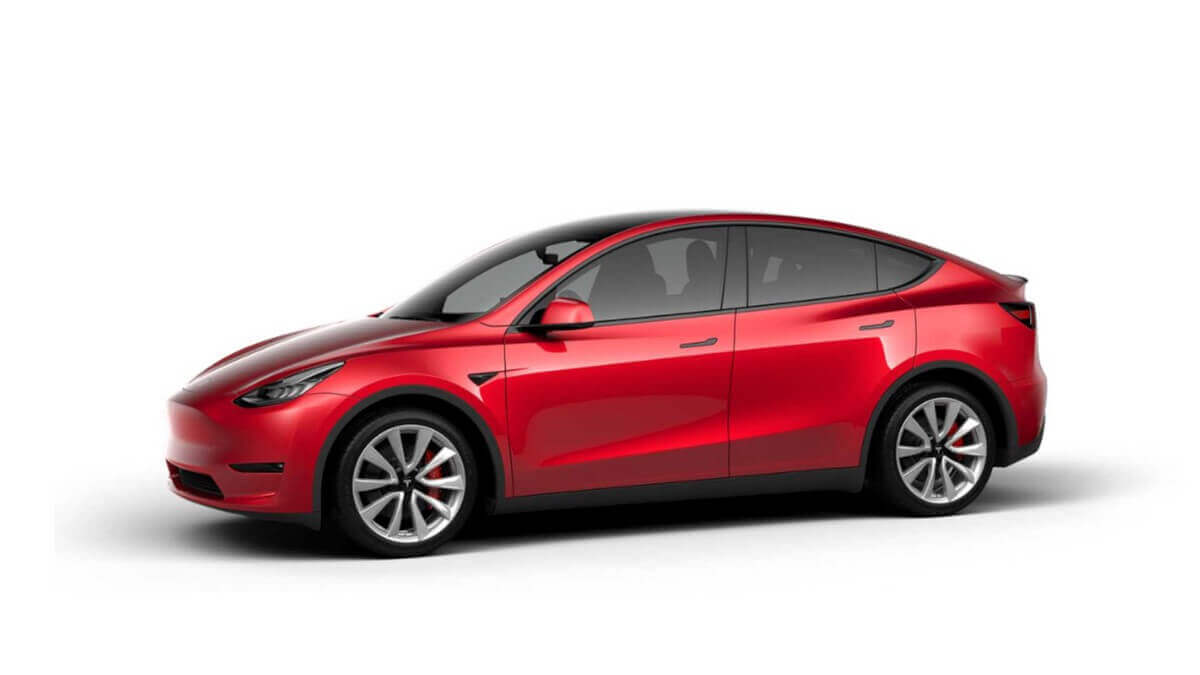 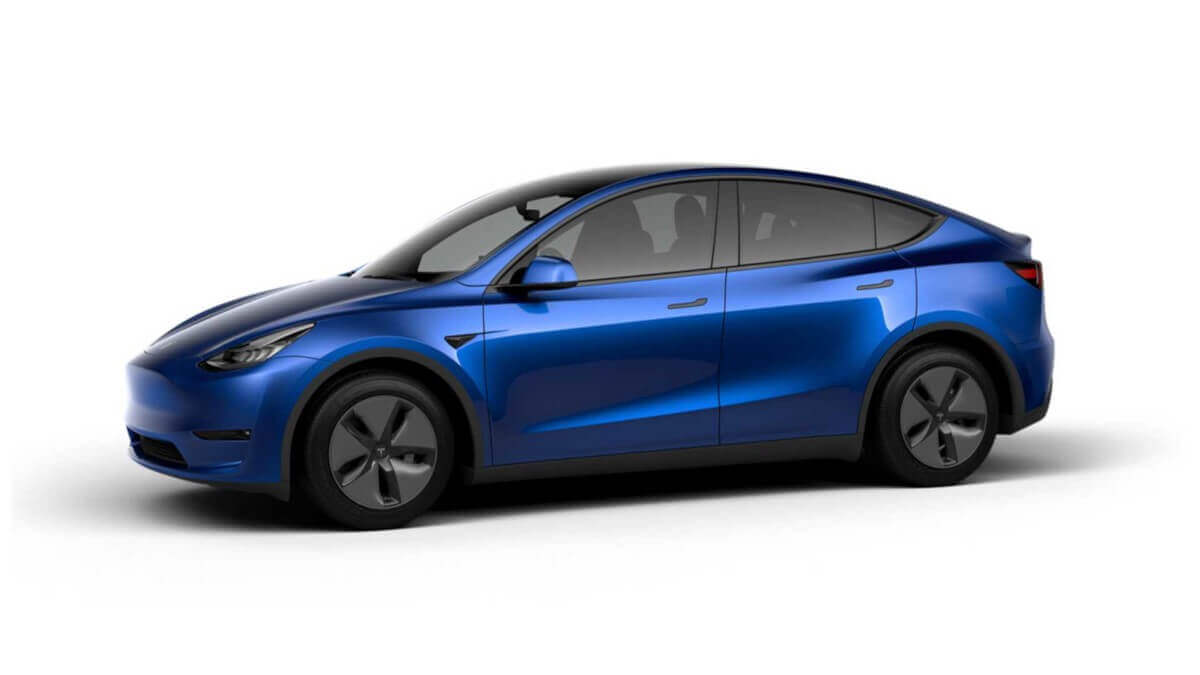 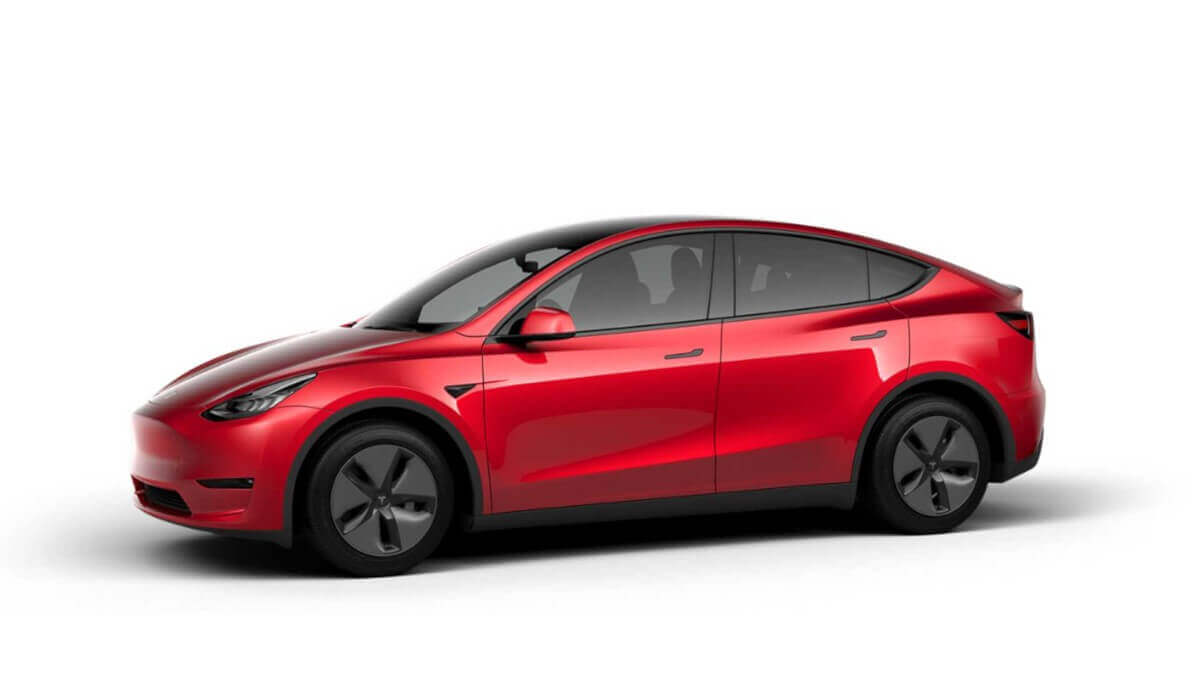 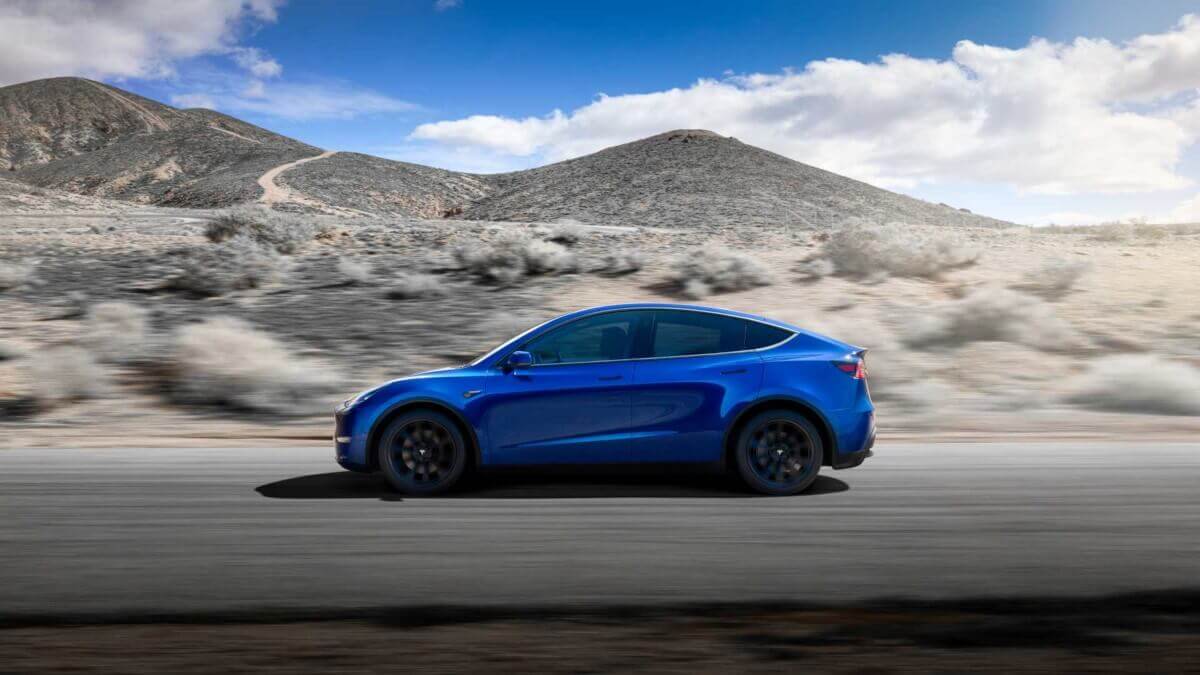 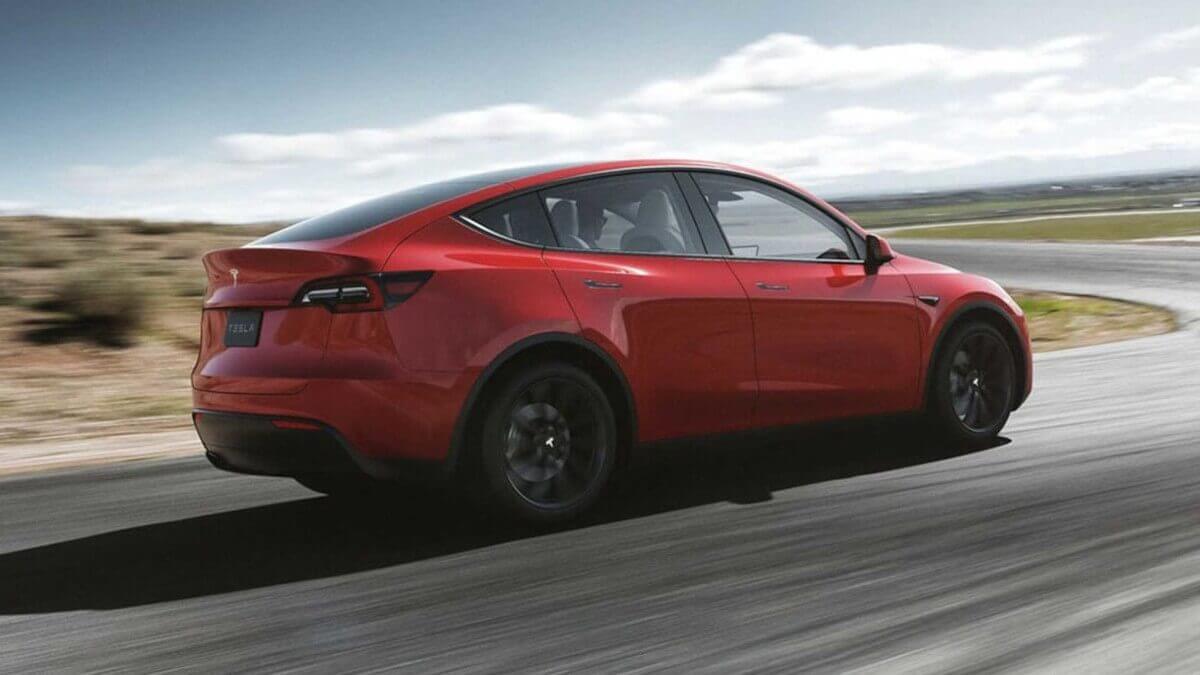 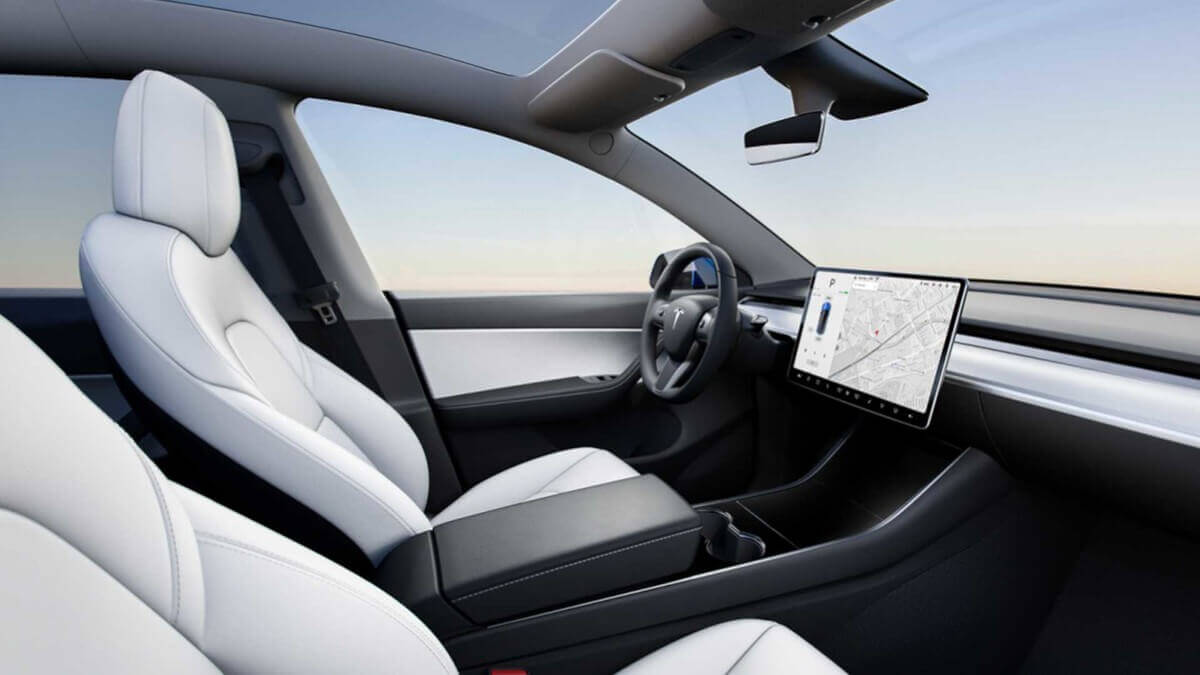 Also the interior is not surprising at all. The dashboard – or, you might say, the area where other cars have a dashboard – is a plain cover of the space below the windshield. Neither displays nor controls can be found here. As usual with Tesla, these are housed in a large touchscreen in the middle between driver and co-driver, which provides the complete vehicle operation and all relevant information via various menus and submenus. Whether this type of instrumentation and operation makes sense in today’s traffic and doesn’t distract the driver less than classic designs with separate instruments and switches may be an open question. In its simple styling, the center console adapts to the rest of the front interior. Only two cupholders, unavoidable for the American market, and a closed compartment are housed on the center tunnel. But Tesla had a surprise at the presentation of the Model Y at their sleeves. Contrary to its base they will offer the SUV optionally in a configuration with seven seats in three rows. How much space the third row will offer remains to be seen. For smaller children it might be enough on small journeys.

Tesla’s Model Y will be available in a variety of powertrain versions. The entry-level is called ‘Standard Range’, has rear-wheel drive and the smaller battery pack with a realistic EPA cycle range of 230 miles. Its topspeed is 120 mph. Above in the model range are the ‘Long Range’ with a range of 300 miles and the two variants with two engines and all-wheel drive, called ‘Dual Motor AWD’ and ‘Performance’. The latter rises to a topspeed of 150 mph. All versions should be able to recharge enough power for approximately 165 miles within 15 minutes at Tesla’s Superchargers. It’s striking that Tesla didn’t mention any possibilities of autonomous driving during the presentation of the Model Y. Should the Americans finally have left this aberration after several, sometimes even fatal accidents?

At the presentation, Tesla already announced detailed pricing and delivery dates in both the US and Europe. Model Y will launch in the US in fall 2020 with the Long Range, Dual Motor AWD and Performance versions, priced from US$ 42,000 to US$ 60,000. The entry-level variant follows later, as usual with Tesla. It will arrive in spring 2021 for US$ 39,000. The European version of the small SUV comes even later. Long Range, Dual Motor AWD and Performance will be available from the beginning of 2022 at prices between 55,000 to 67,000 €. If the entry-level version will also come to Europe is not known. All prices are net.