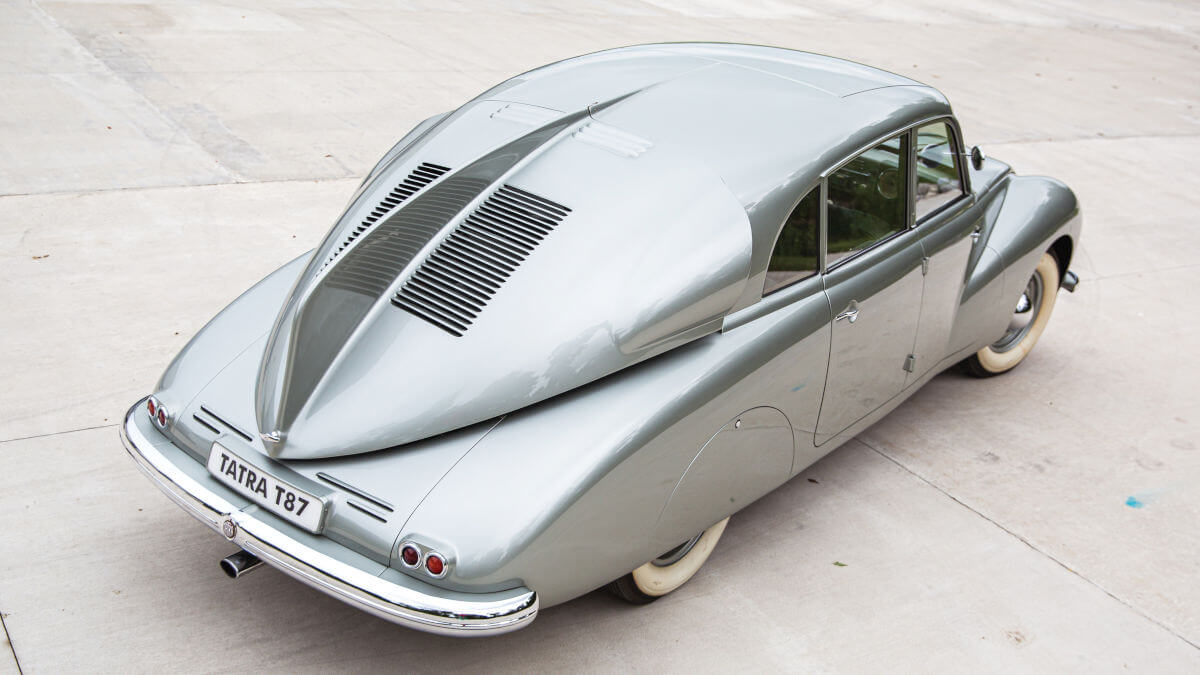 If you take a look at the cover picture, how old do you think the Tatra T87 shown there is? In fact, this vehicle had its world premiere as early as 1937. Other cars of that time still had detached fenders and an upright, angular radiator at the front. However, some engineers already went the way of the streamlined shape, which had to be accepted by the customers first. In addition, there were also enough chairmen in the car industry who wanted to stick to familiar shapes and spoke against changes.

Developed by an Austrian

Hans Ledwinka from Austria joined the Nesselsdorf Wagenbau-Fabriks-Gesellschaft as a designer and engineer in 1897, was appointed chief engineer in 1905, and changed for four years to the Oesterreichische Waffenfabriks-Gesellschaft (later renamed to Steyr) in 1917. In 1921 he returned to the Nesselsdord Wagenbau-Fabriks-Gesellschaft as technical director. Two years later the company was renamed ‘Tatra’. Between 1911 and 1914 he developed the four-wheel brake system for cars, but further innovations followed, such as the central tubular frame, an air-cooled two-cylinder boxer engine, a four-cylinder engine with eight overhead camshafts and the swing rear axle.

The T77 was the first Tatra with streamlined bodywork and rear engine to appear in 1934. However, here the metal sheets of the body were still sitting on a classic wooden skeleton. Together with Erich Übelacker, Hans Ledwinka therefore developed the new T87 with a self-supporting steel body for 1937, which significantly reduced production costs. As with the T77, this had been shaped with the help of a wind tunnel. Decades later, various owners and companies determined a drag coefficient (cX) of 0.36 in various wind tunnels, which even today’s series-produced vehicles can’t undercut in some cases. A three-liter V8 engine with 55 kW/75 hp operates under the drop-shaped tailgate with air fin. This was sufficient for a topspeed of over 160 kph (99 mph), whereby Tatra recommended a cruising speed of 135 kph (83.8 mph). Compared to the T77, the use of the magnesium alloy Elektron for the block and other components reduced the weight of the engine by around 100 kilograms, while the entire vehicle was 300 to 400 kilograms lighter than the T77, depending on the equipment selected. This also reduced fuel consumption to what was an outstanding 12 liters per 100 kilometers. 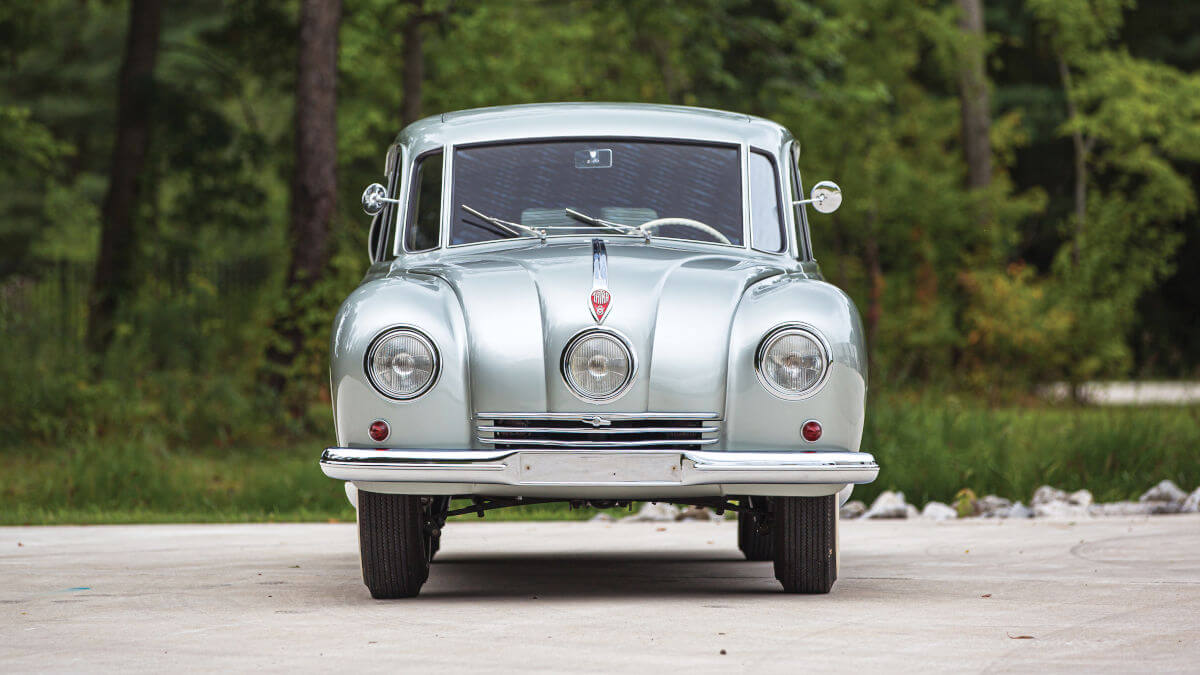 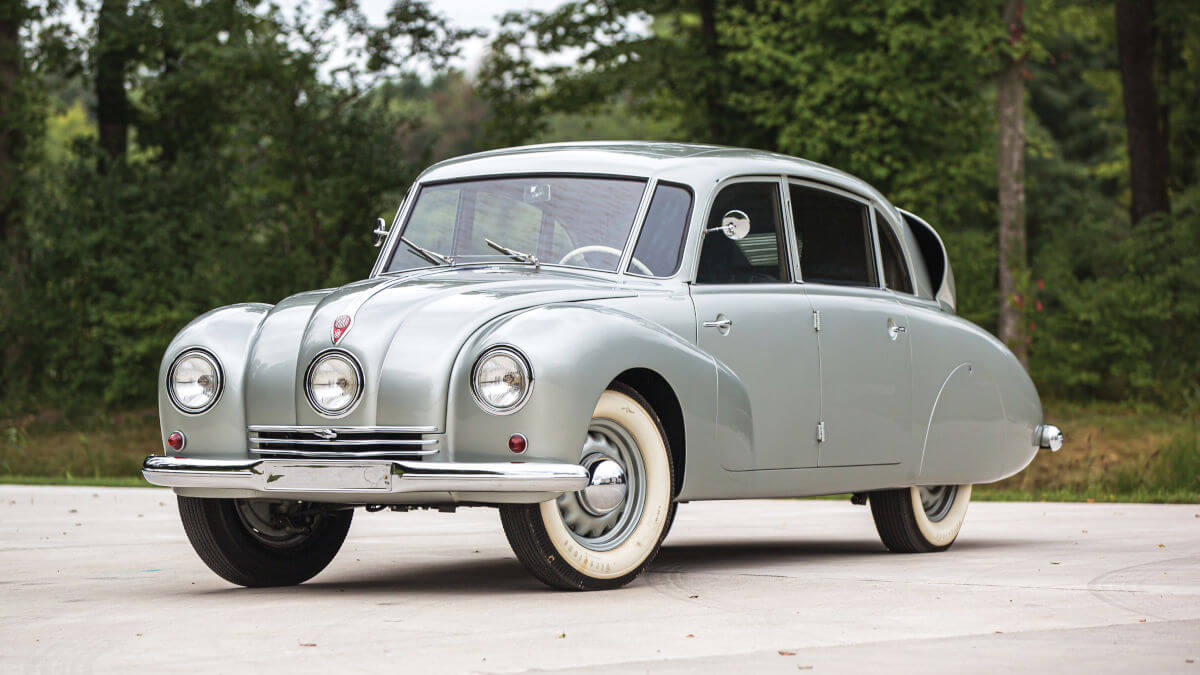 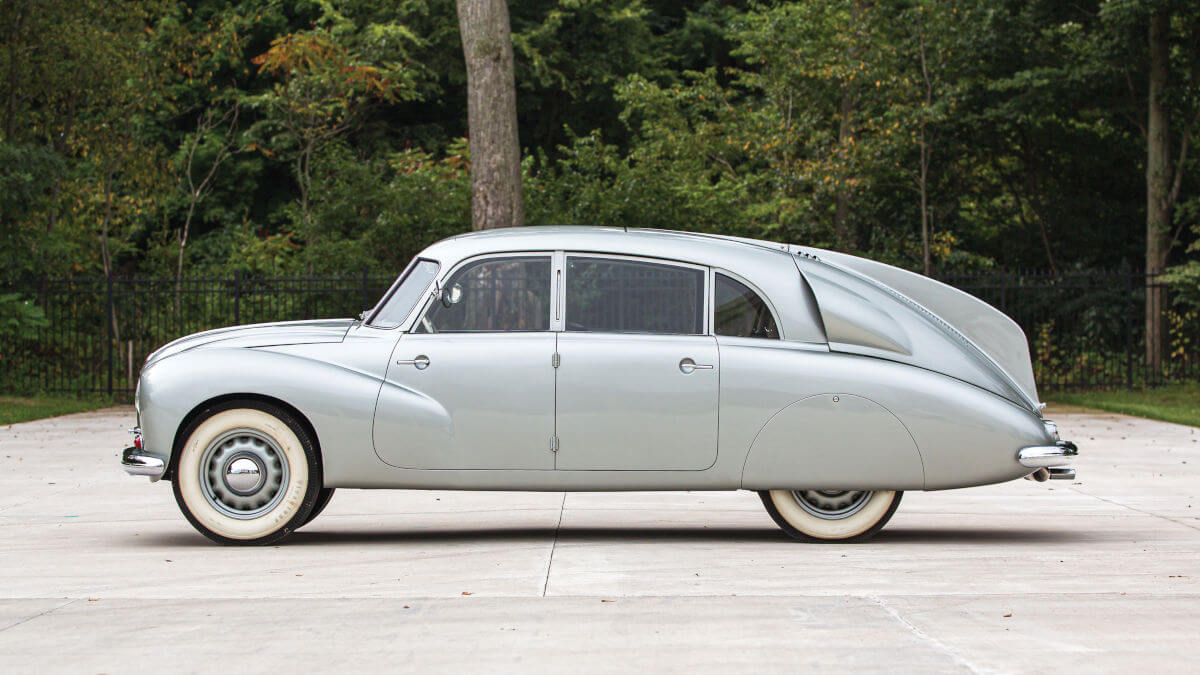 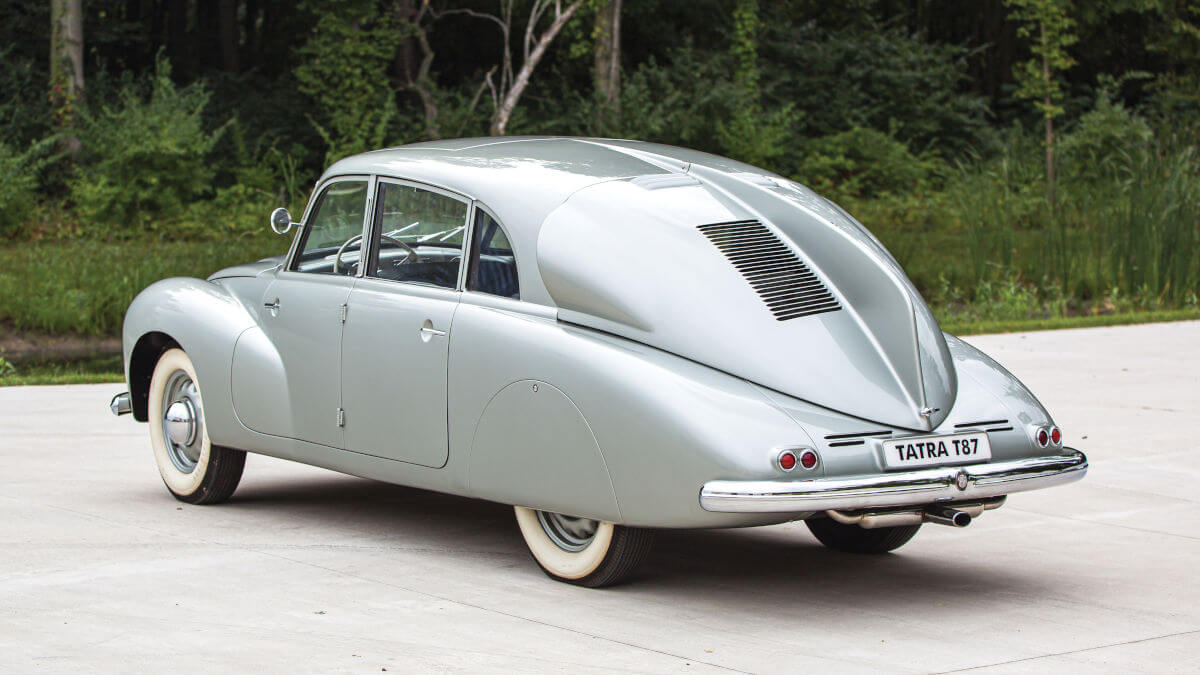 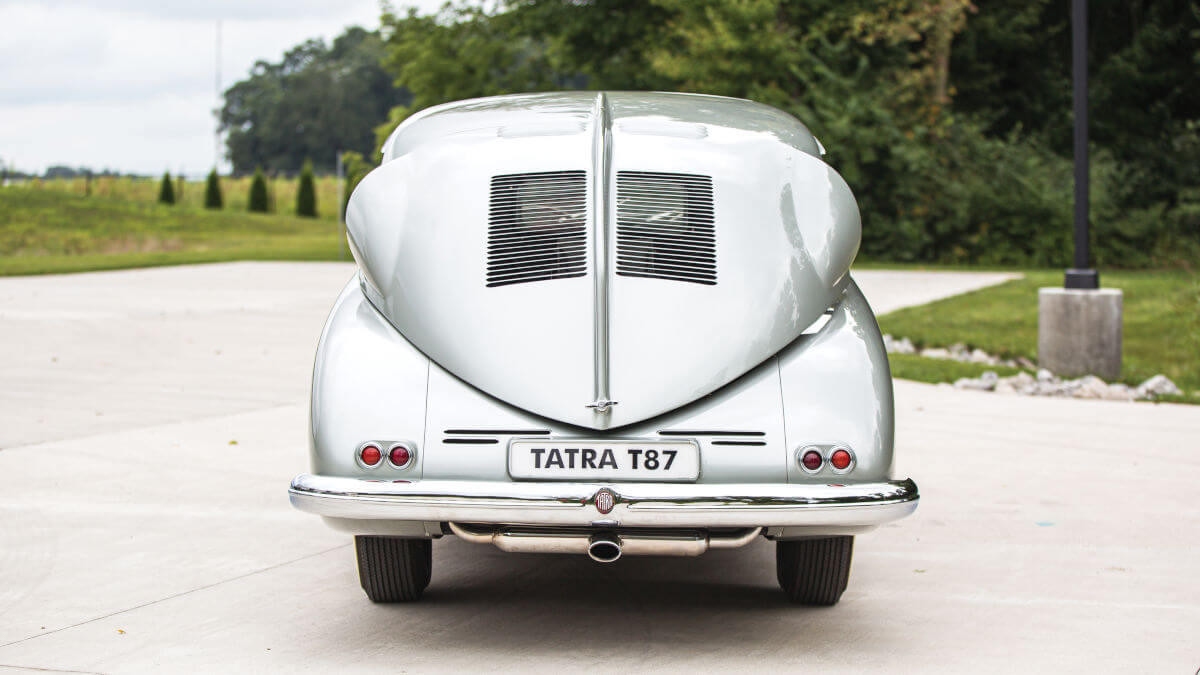 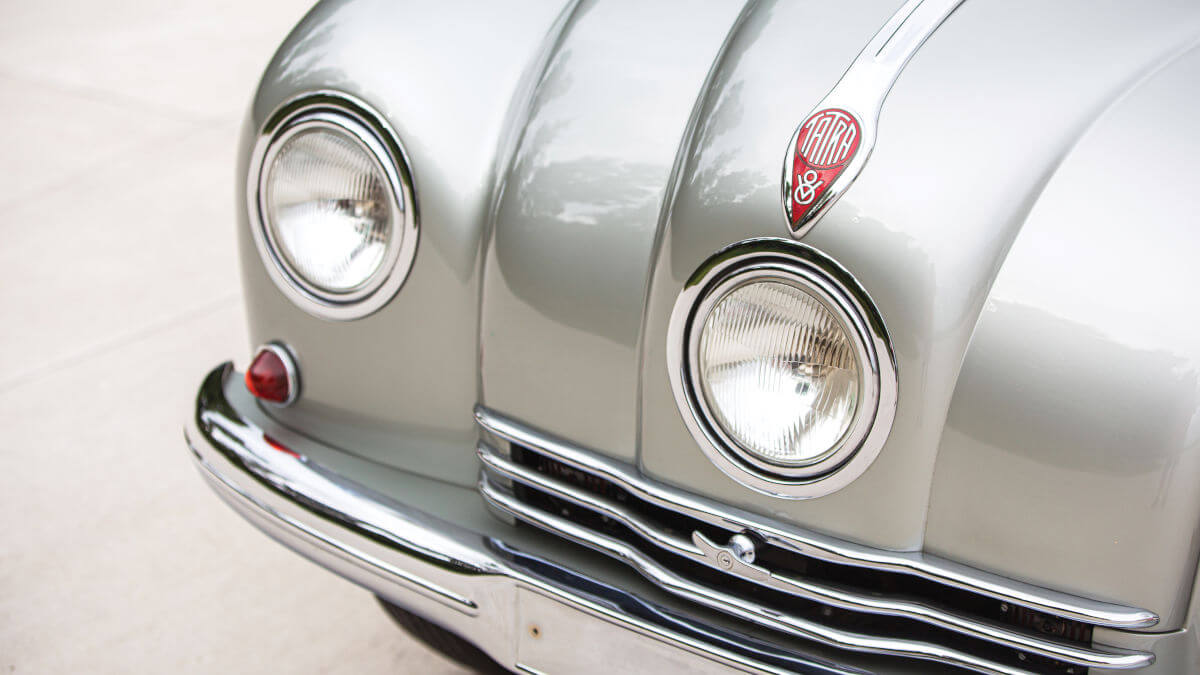 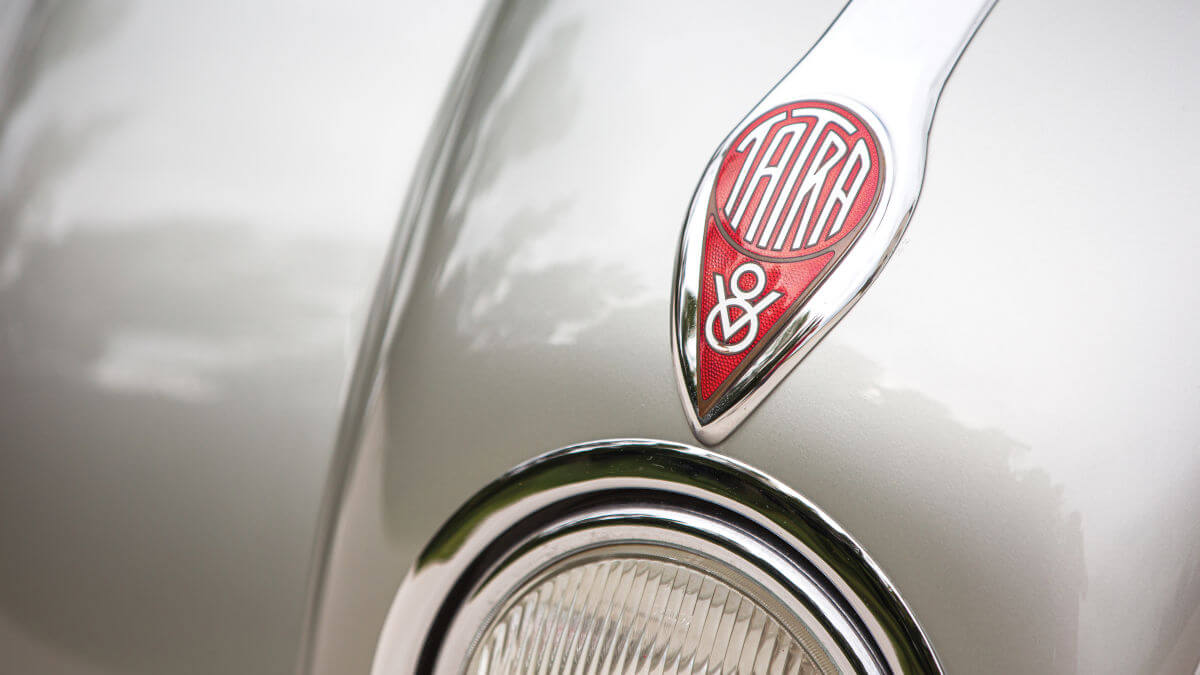 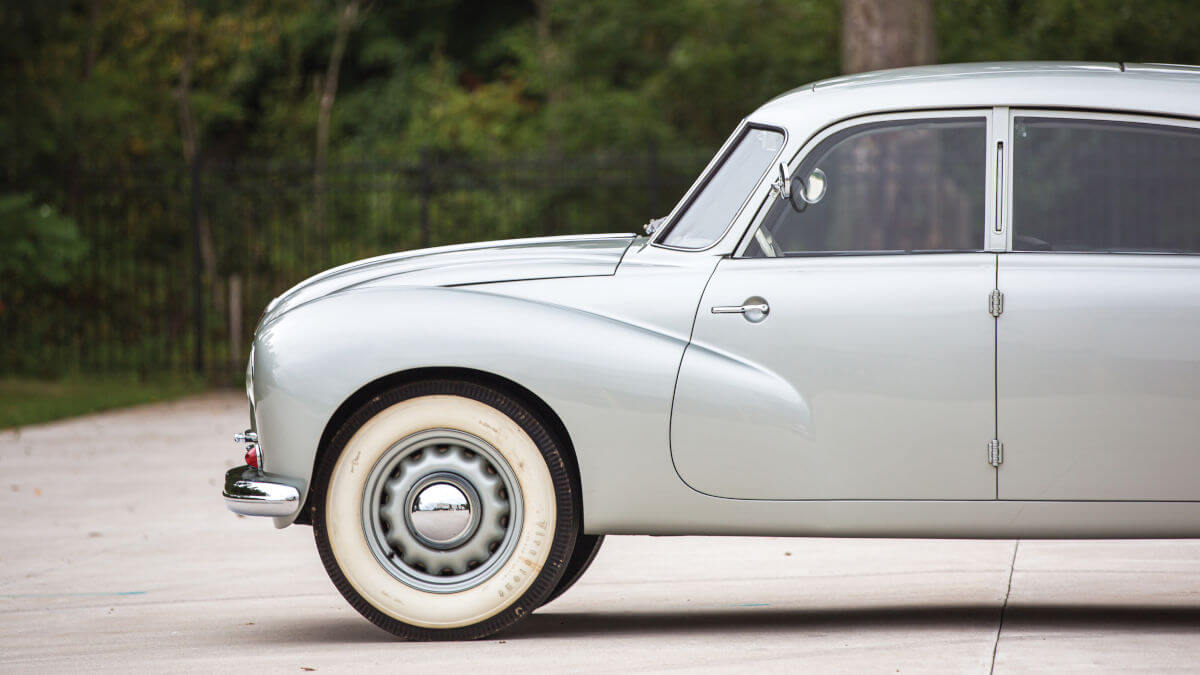 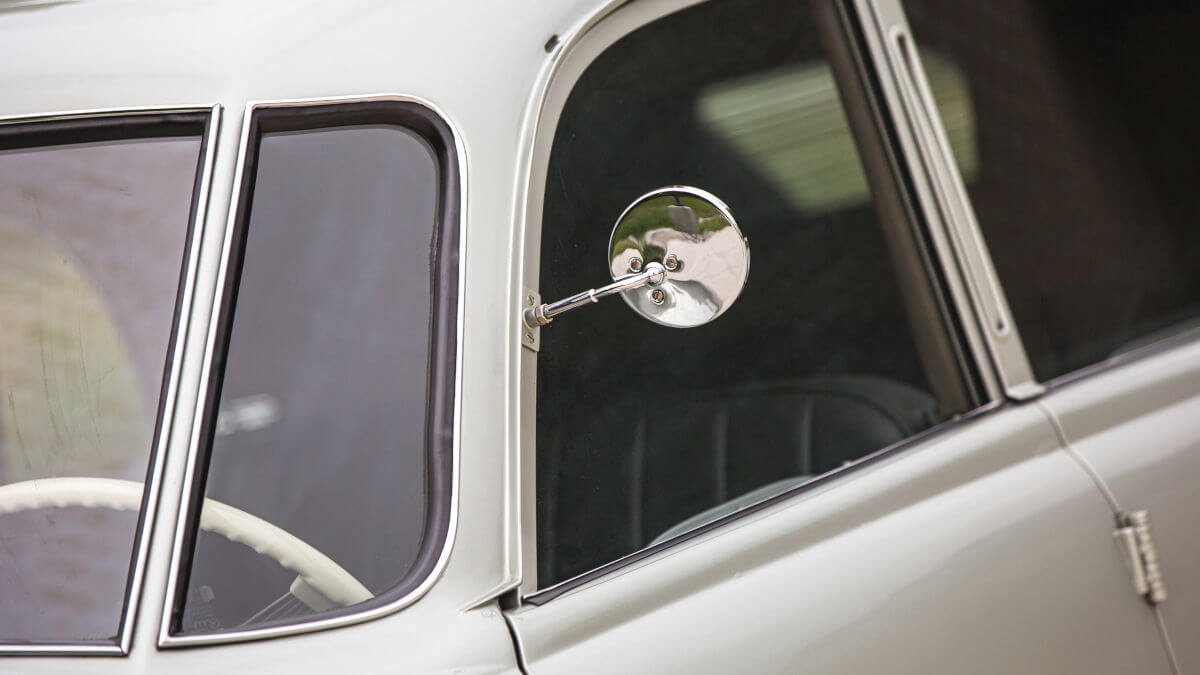 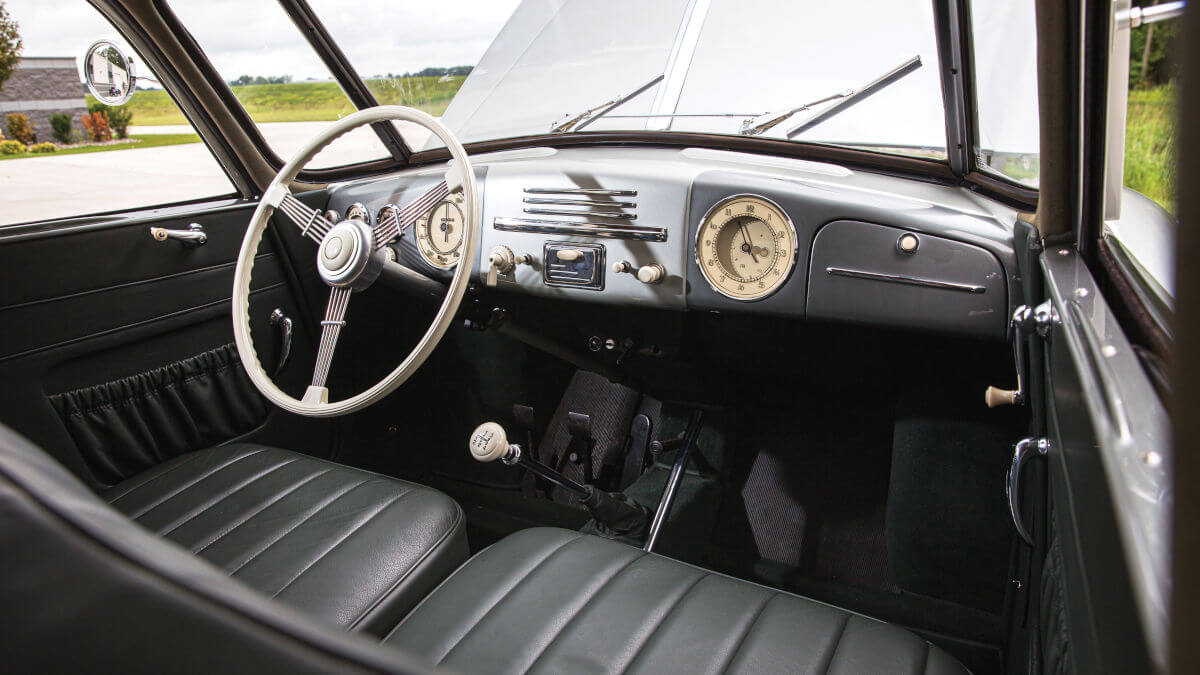 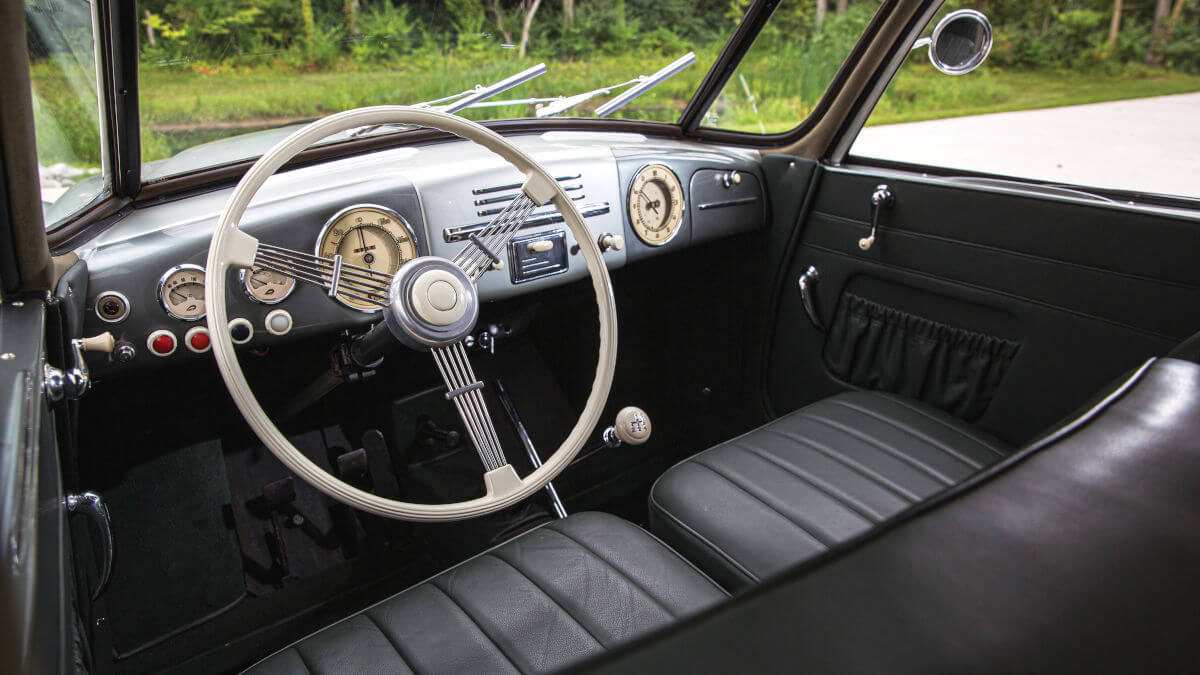 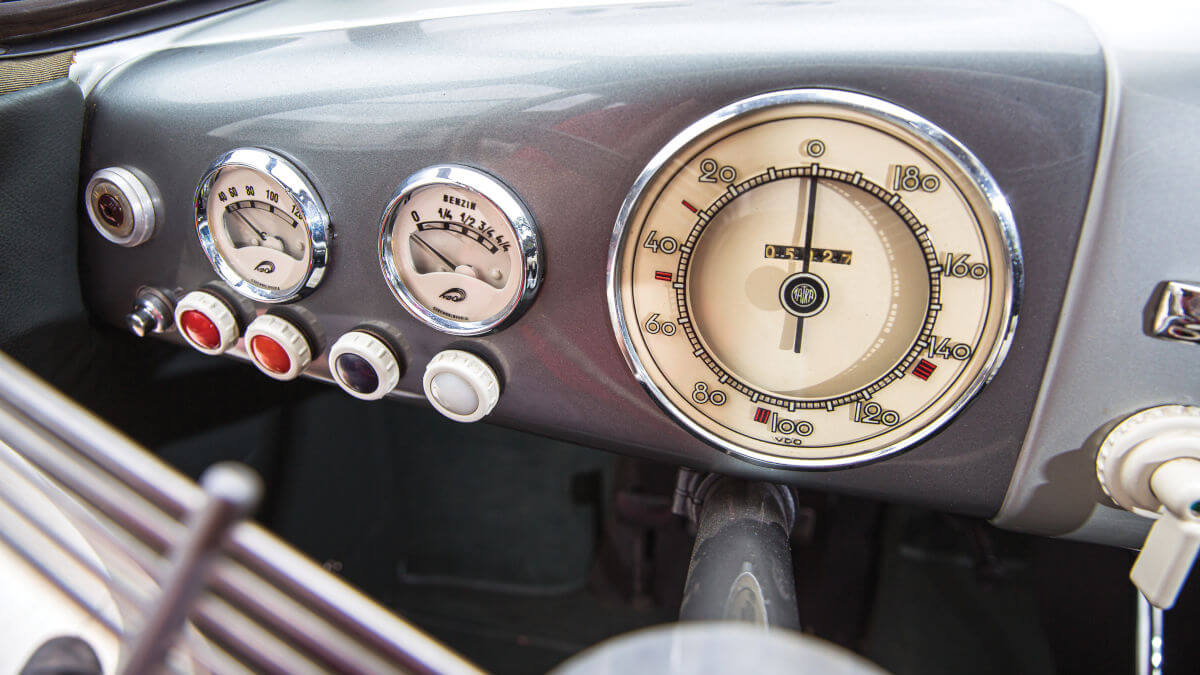 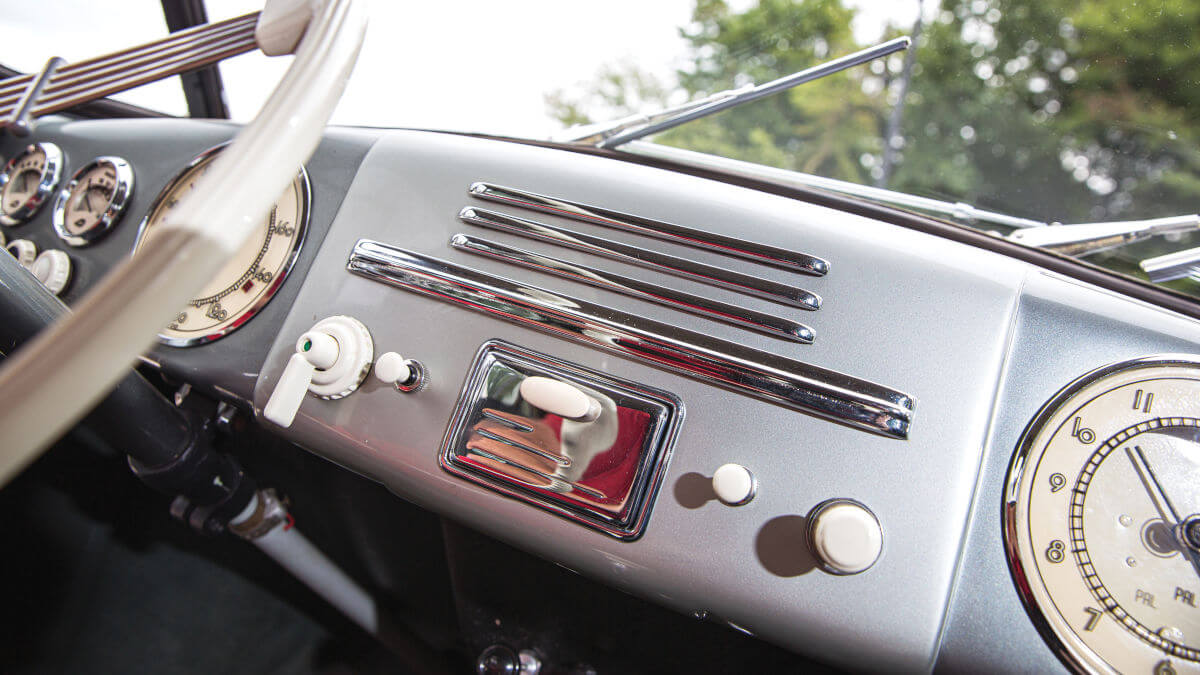 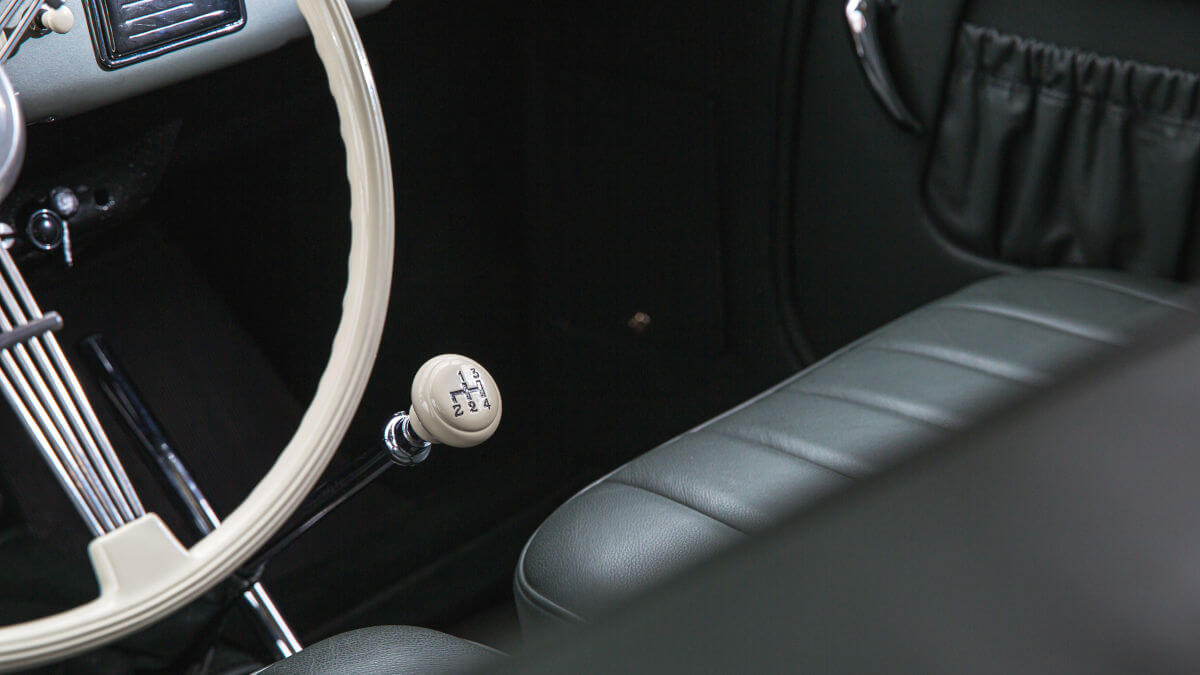 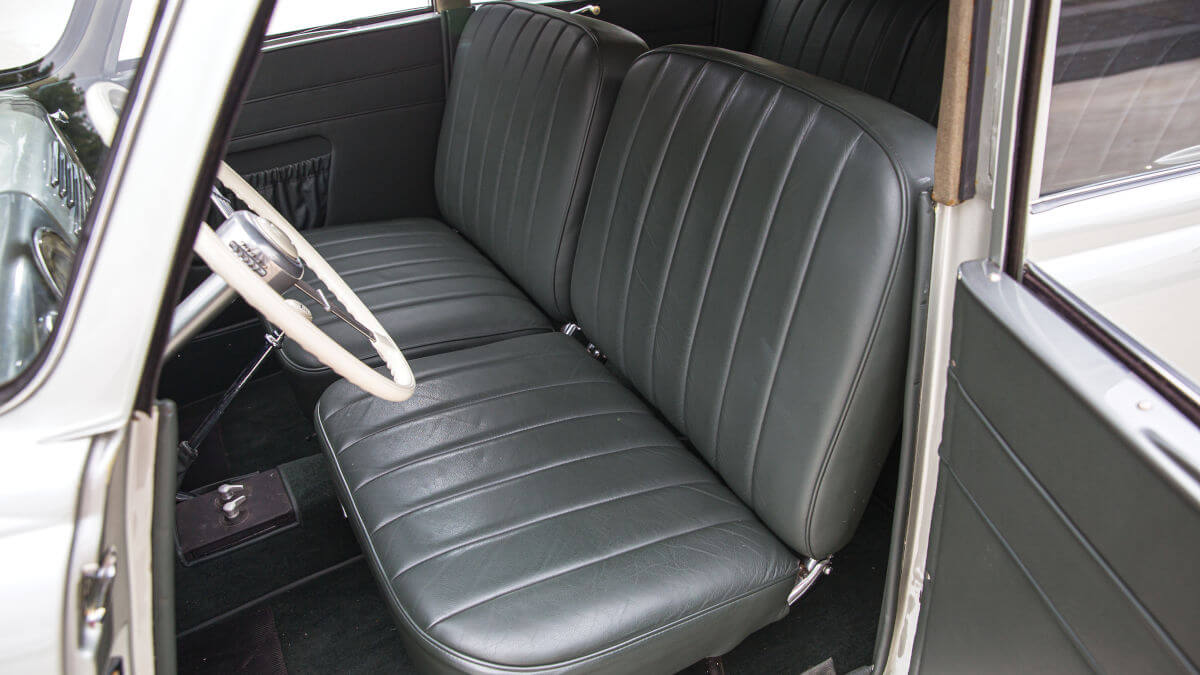 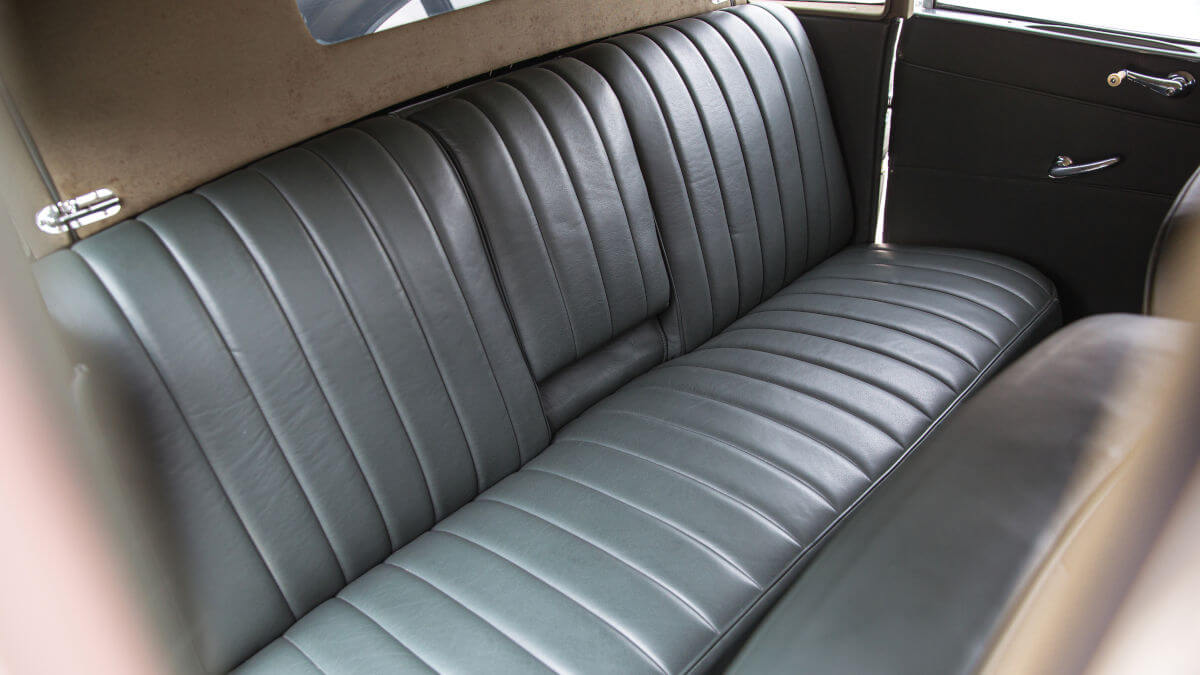 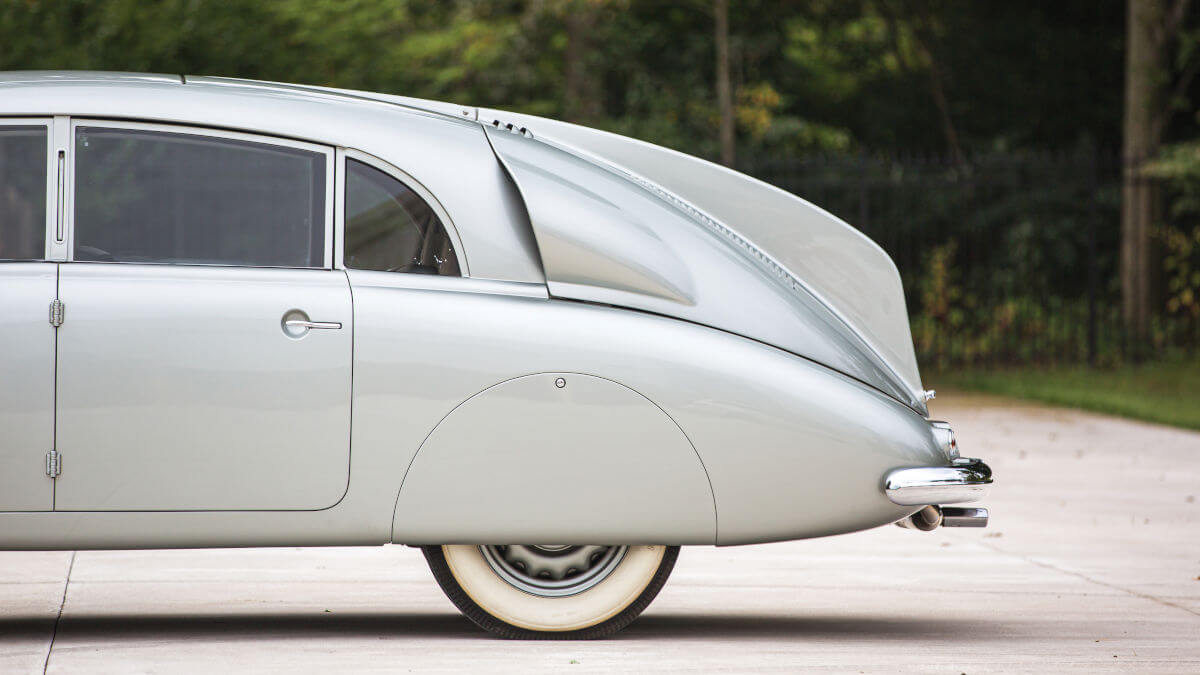 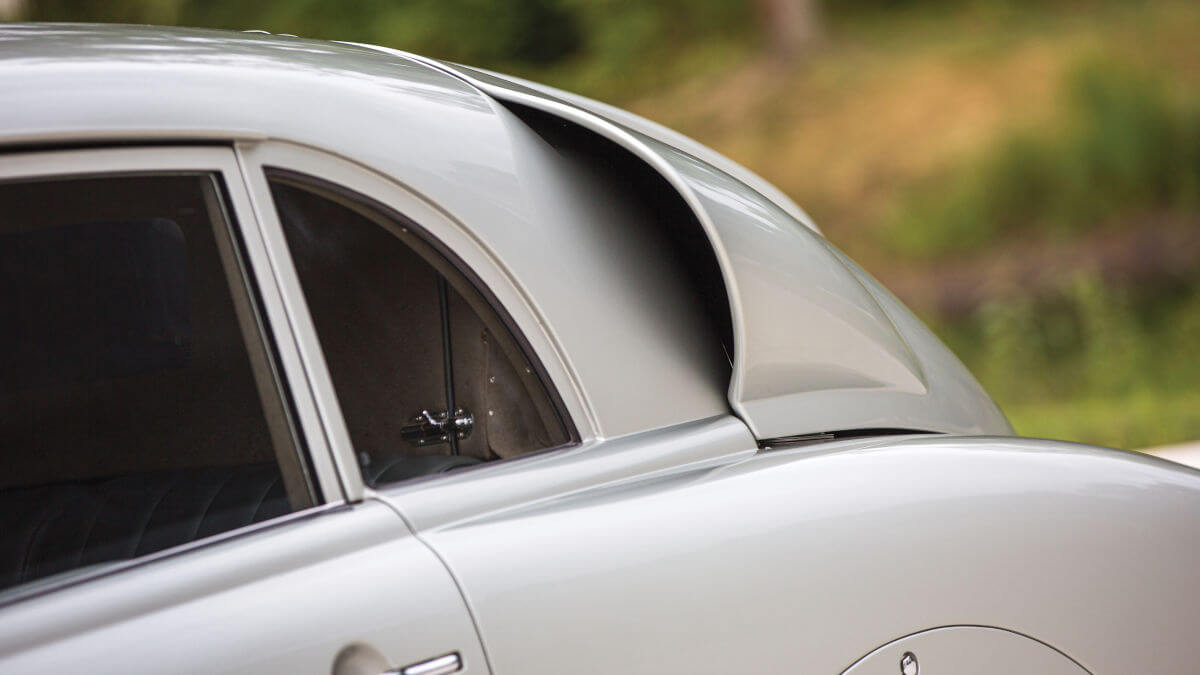 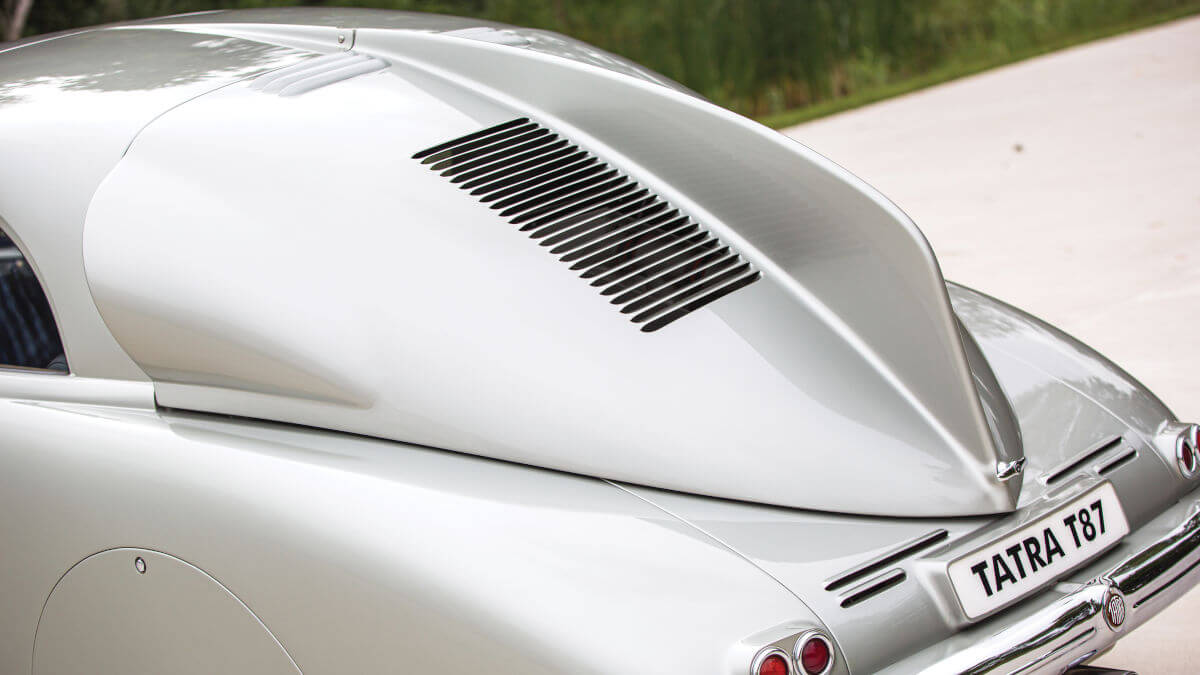 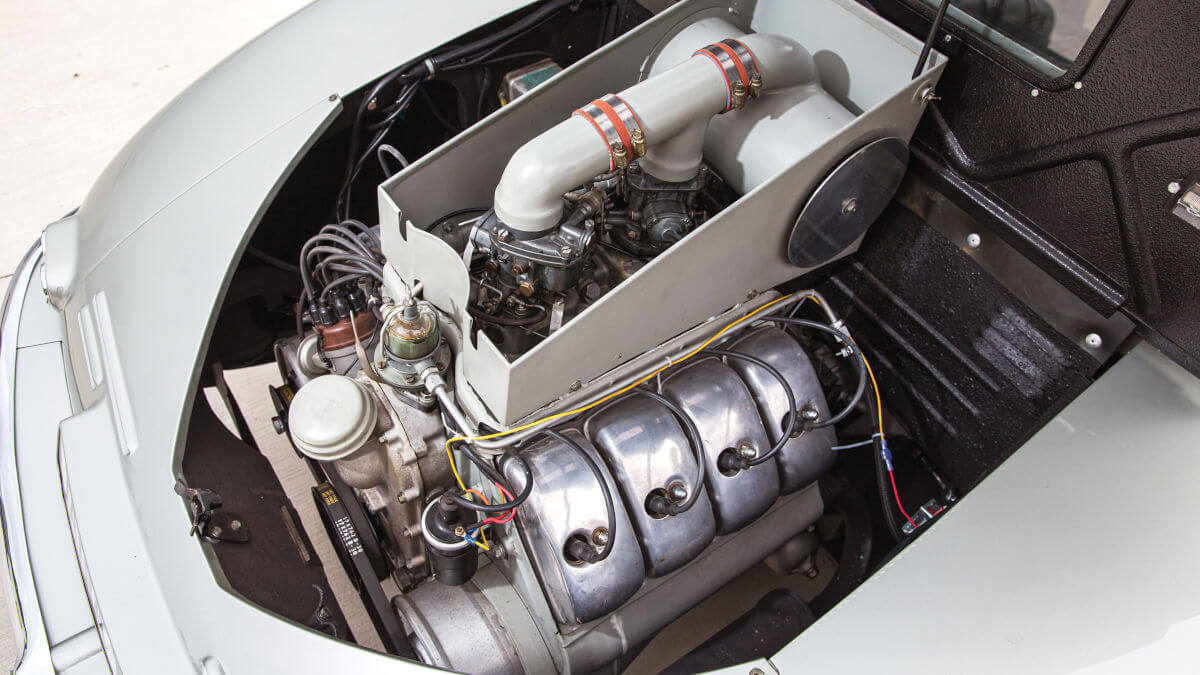 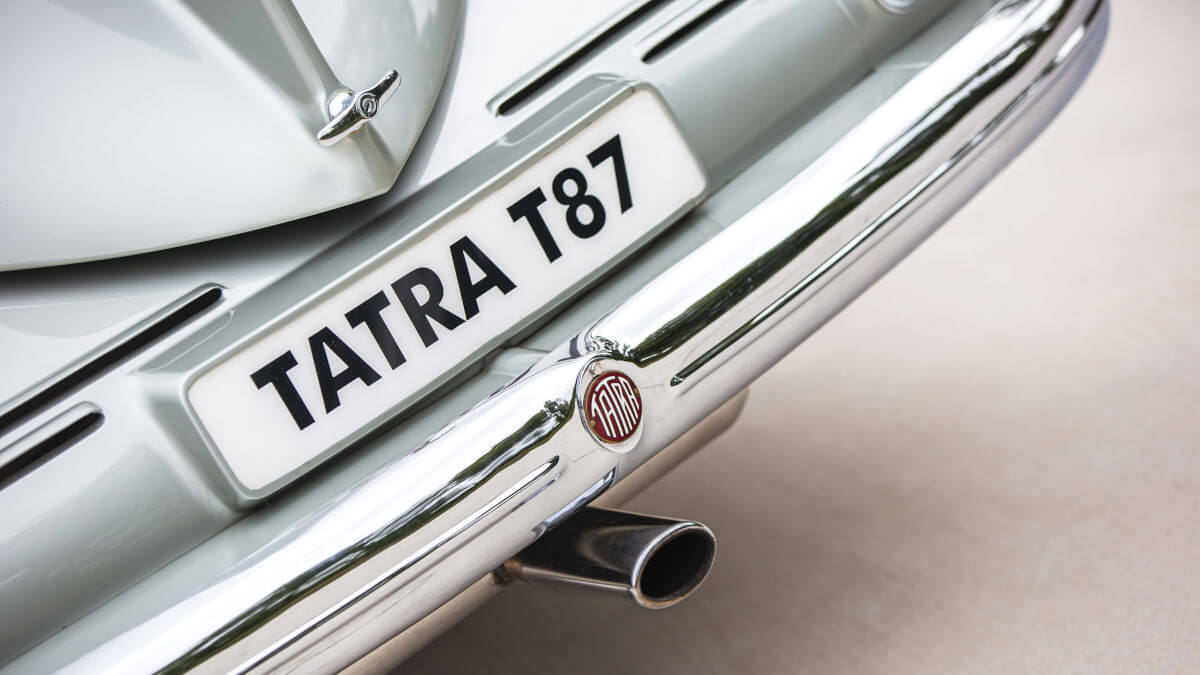 Due to World War 2, there was a production interruption between 1943 and late 1945. Tatra, together with František Kardaus, developed a model update for 1948. From then, the three headlights were integrated flush into the body, the bumpers were reshaped and inside there were instruments with scales in ivory instead of black. At the same time the engine capacity was reduced to 2.5 liters, but at the same time the power output was increased to 70 kW/95 hp. By the end of production in 1950, a total of 3,023 Tatra T87s had been built. Among the first owners were also celebrities. For example, the female racing driver Eliška Junková-Khásová, Josef Cardinal Beran as Archbishop of Prague, the aircraft manufacturer Ernst Heinkel or the Egyptian King Faruq bought a T87.

A 1948 Tatra T87 will be auctioned on Saturday at RM Sotheby’s as part of ‘The Elkhart Collection’. In 2000 an enthusiast discovered this car in bad condition in Slovakia and exported it to Australia. There an extensive restoration took place at the company Sleeping Beauties in Brisbane, which put the Tatra in concours condition. Shortly afterwards it changed hands and since then was part of the said collection. RM Sotheby’s expects a hammer price in the range of US$ 300,000 to US$ 400,000.