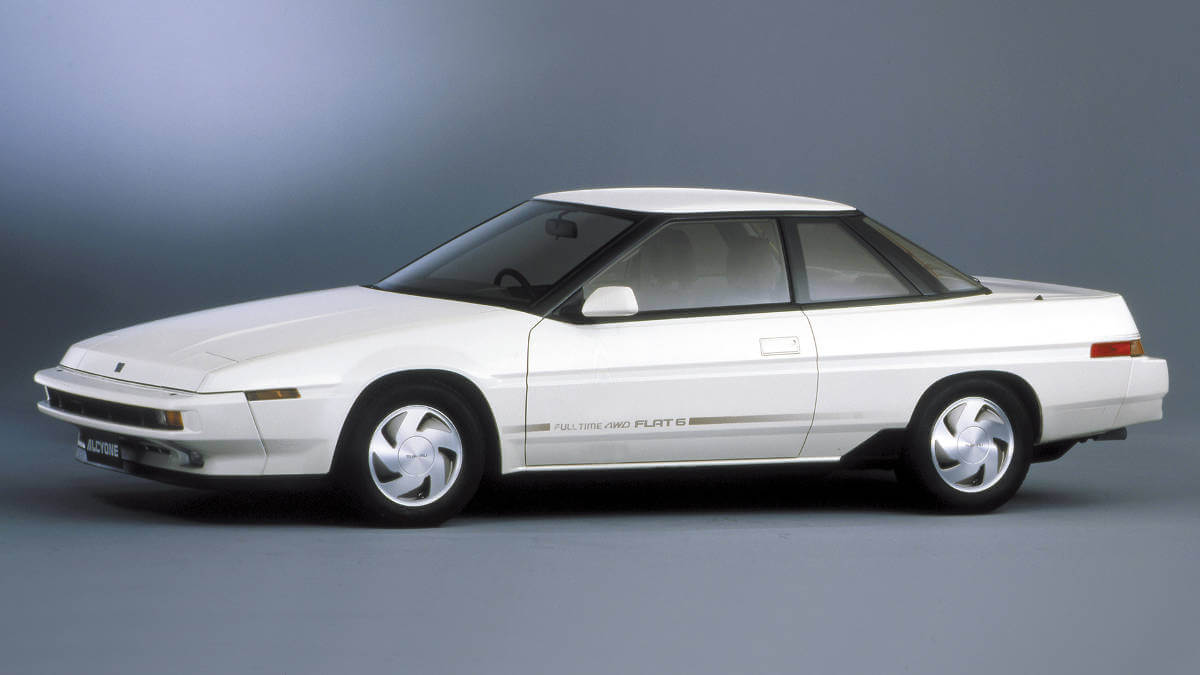 Do you know of any wedge-shaped sports coupés from Japan in the 1980s? No, the Toyota Supra and Nissan 300 ZX fall out compared to the vehicle we’re referring to due to too much rounding. With the Subaru XT, at first glance you really get the feeling that the design department only had rulers and set squares at hand. A curve ruler or anything else to draw a corner or a curve were only used for the wheels and the fenders. Otherwise, straight lines and clear edges dominate the body. Despite this, it achieved a drag coefficient (Cx) of 0.29 in the wind tunnel. This result was achieved through fine-tuning. For example, the single front windshield wiper disappears completely under the edge of the engine hood when not in use. In addition, the door handles were integrated smoothly into the doors.

For the technical basis of this sports coupé, Subaru used the third generation of the L series, which was also offered in Europe. In Japan that model was called Leone, in the USA simply DL. The coupé also had different designations. While Europeans knew the car as the XT, in Japanese dealerships it was offered as Alcyone. In some other markets, such as Australia and New Zealand, it was known as Vortex. Typical of the 1980s were the pop-up headlights. The basic shape of the metal covers of them is somewhat reminiscent of the same parts on the third generation Honda Prelude. However, this car was launched only three years after the premiere of the XT. This took place in Europe in the fall of 1984 and in other markets the following year. 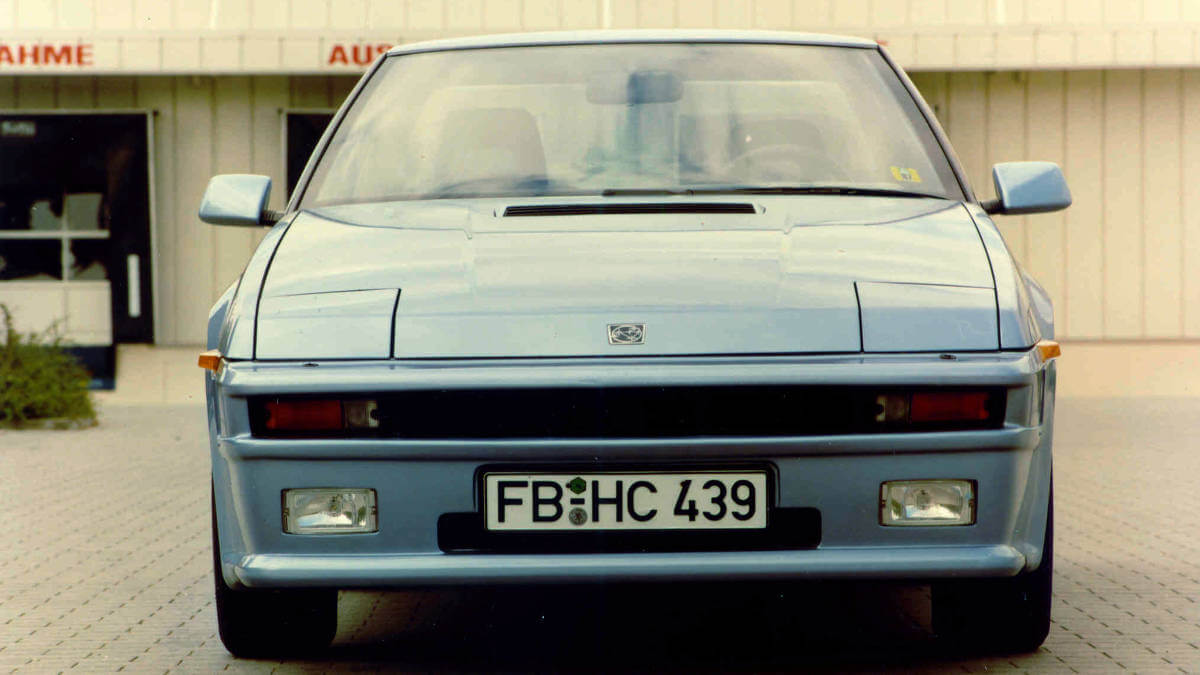 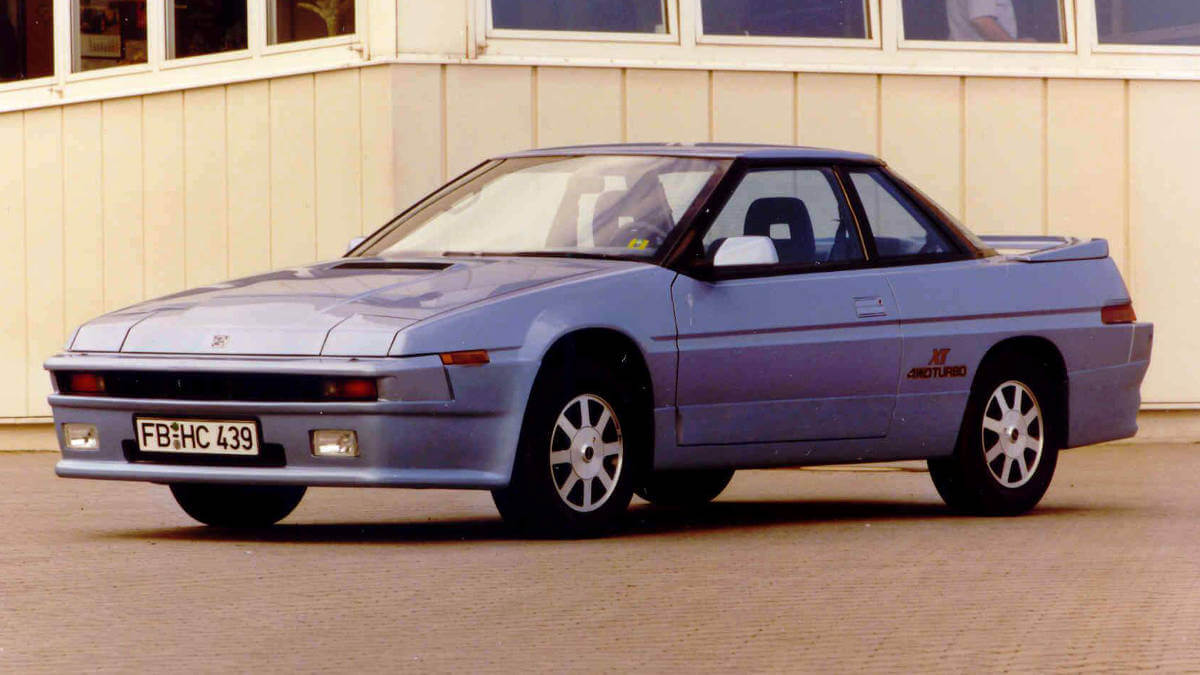 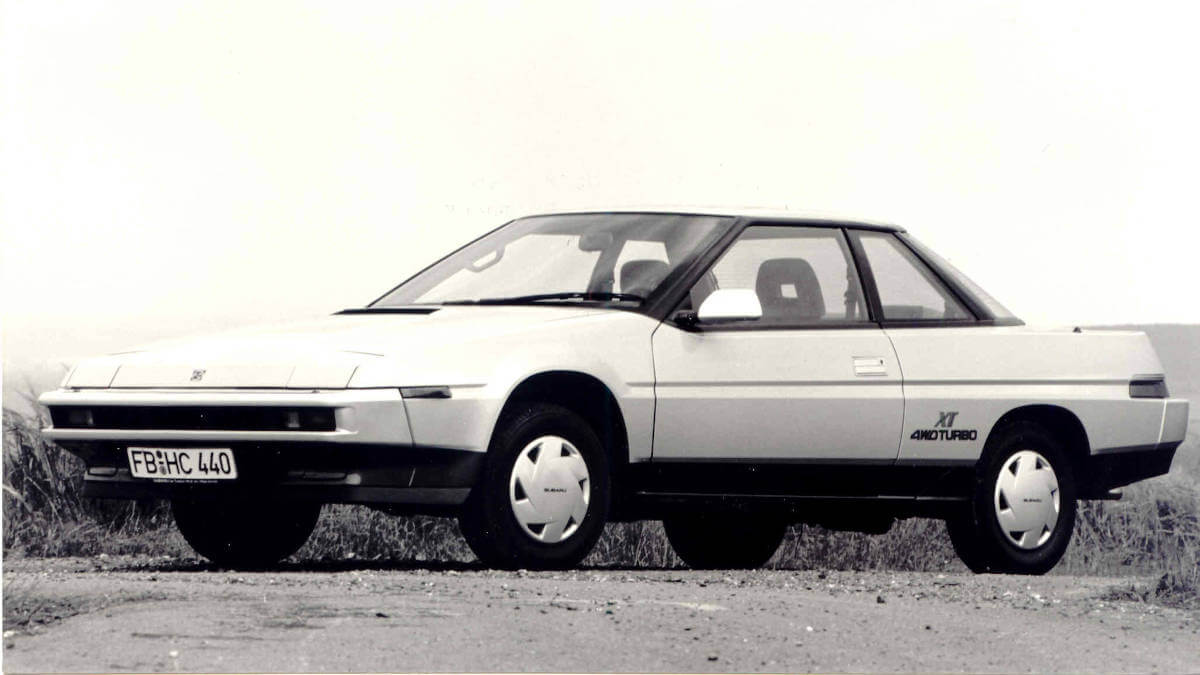 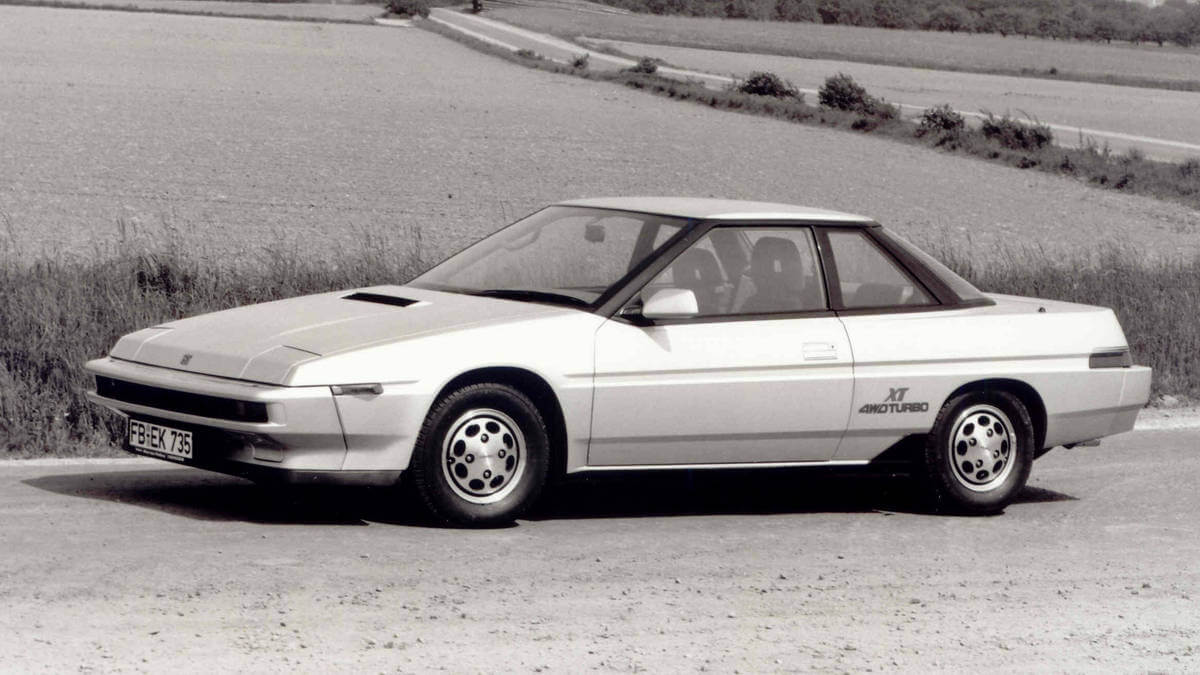 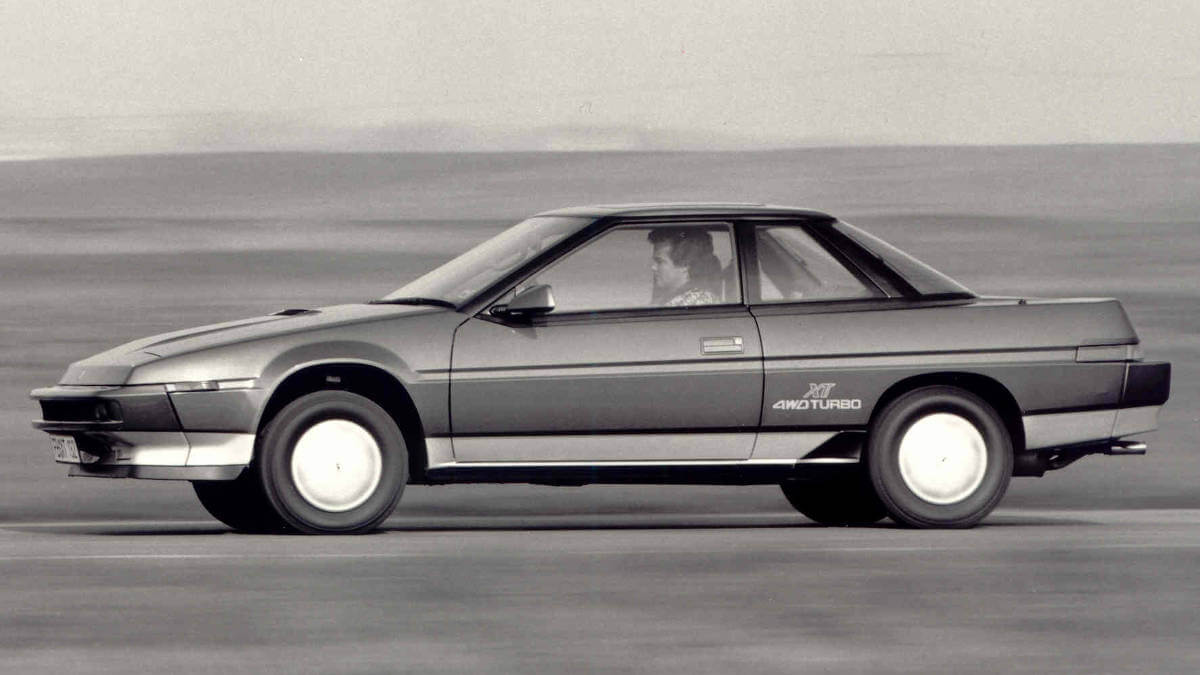 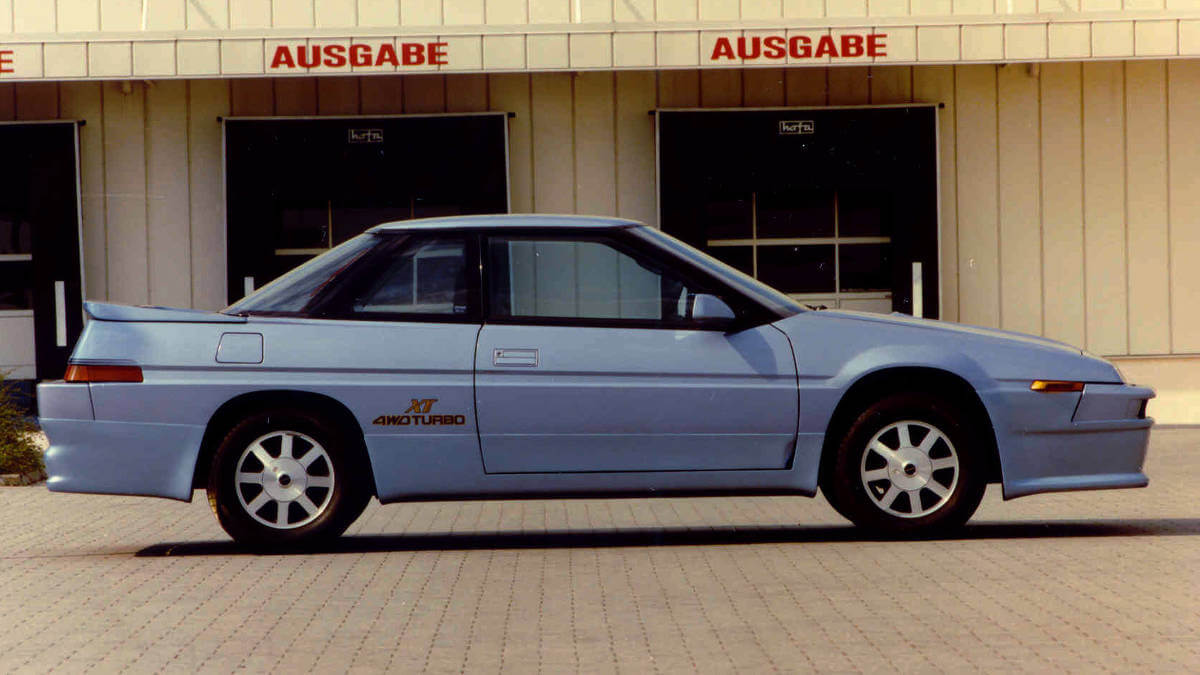 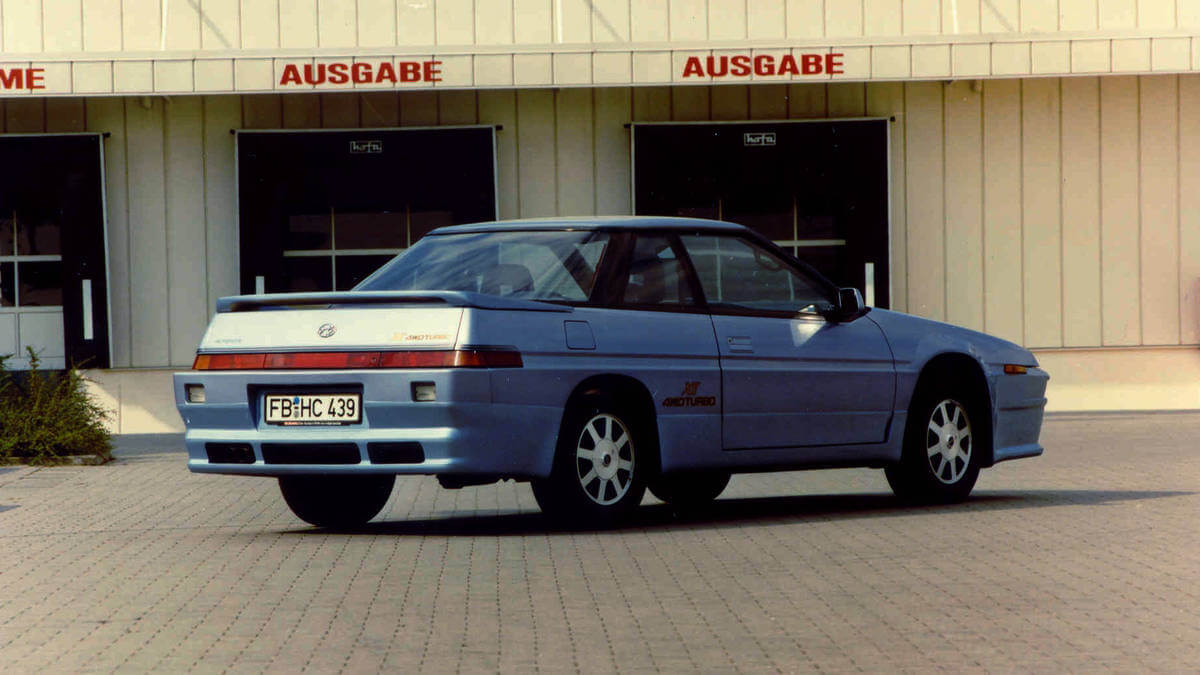 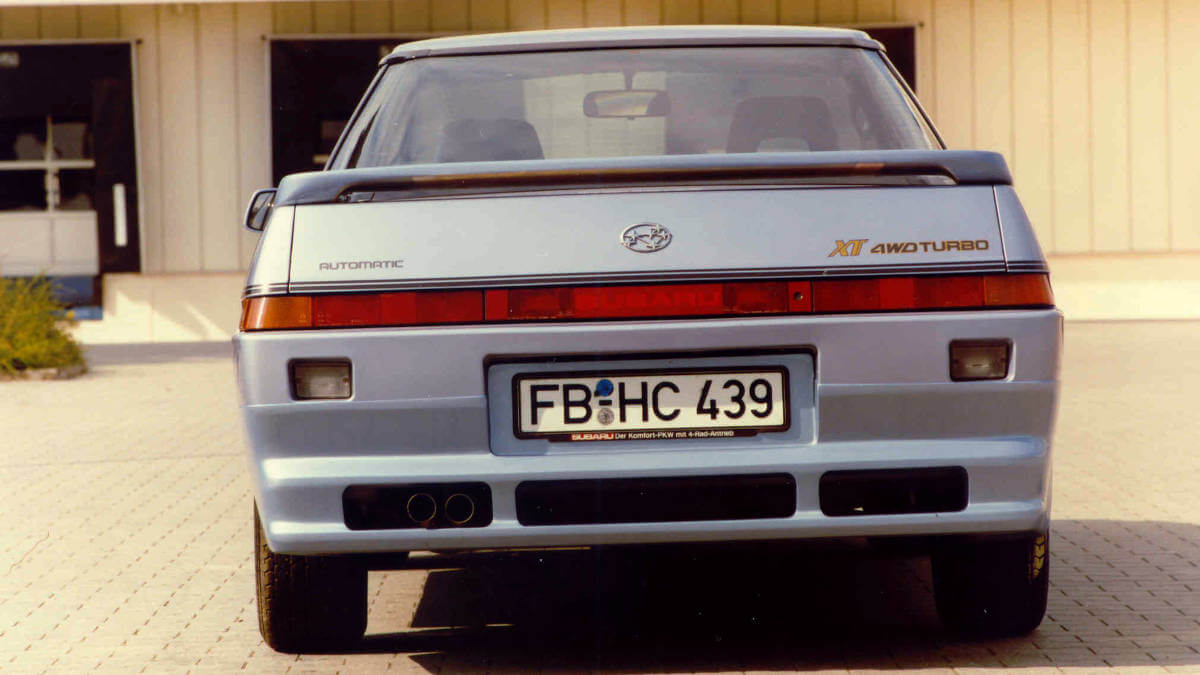 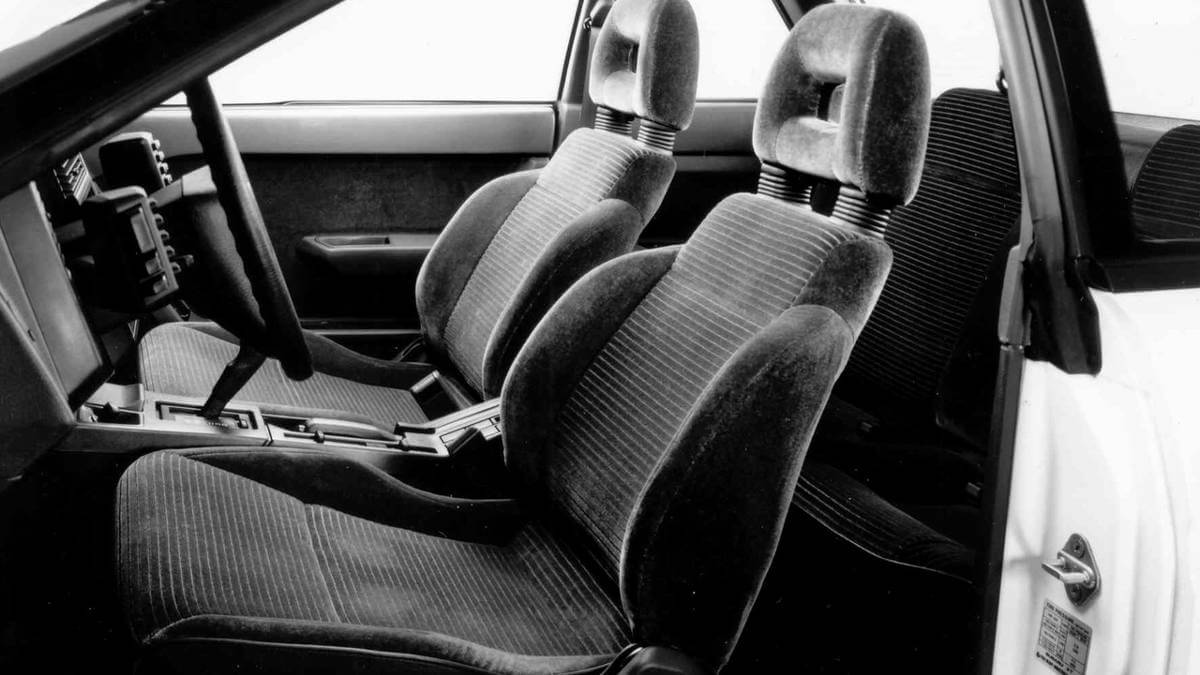 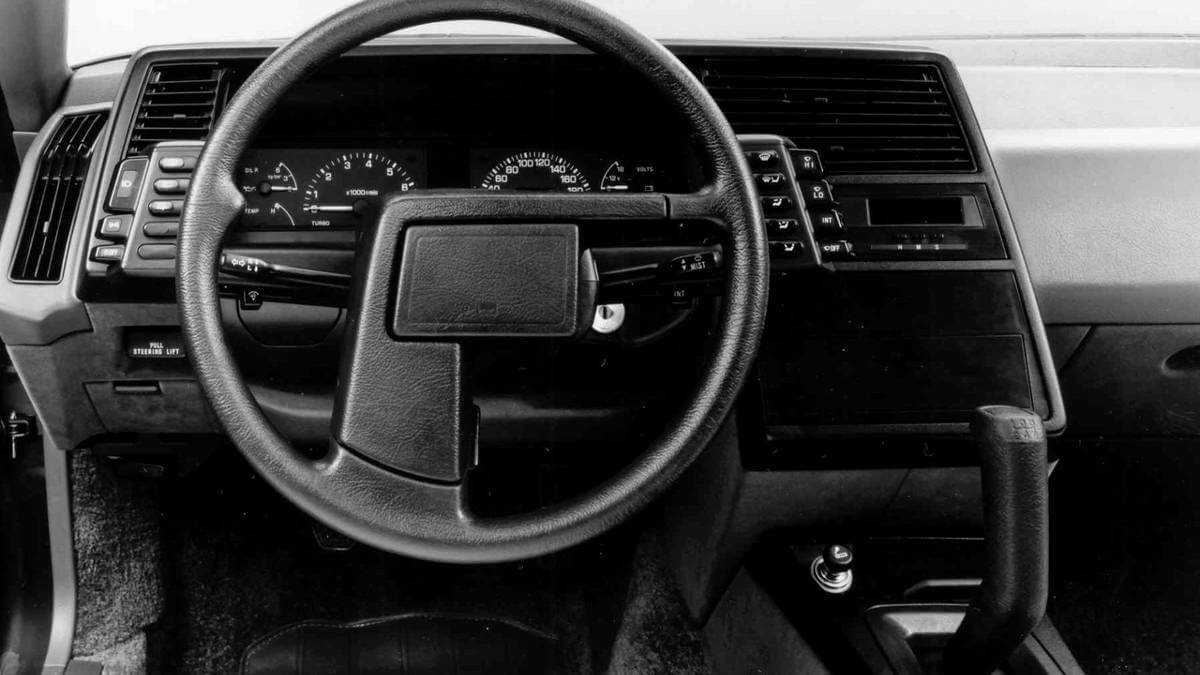 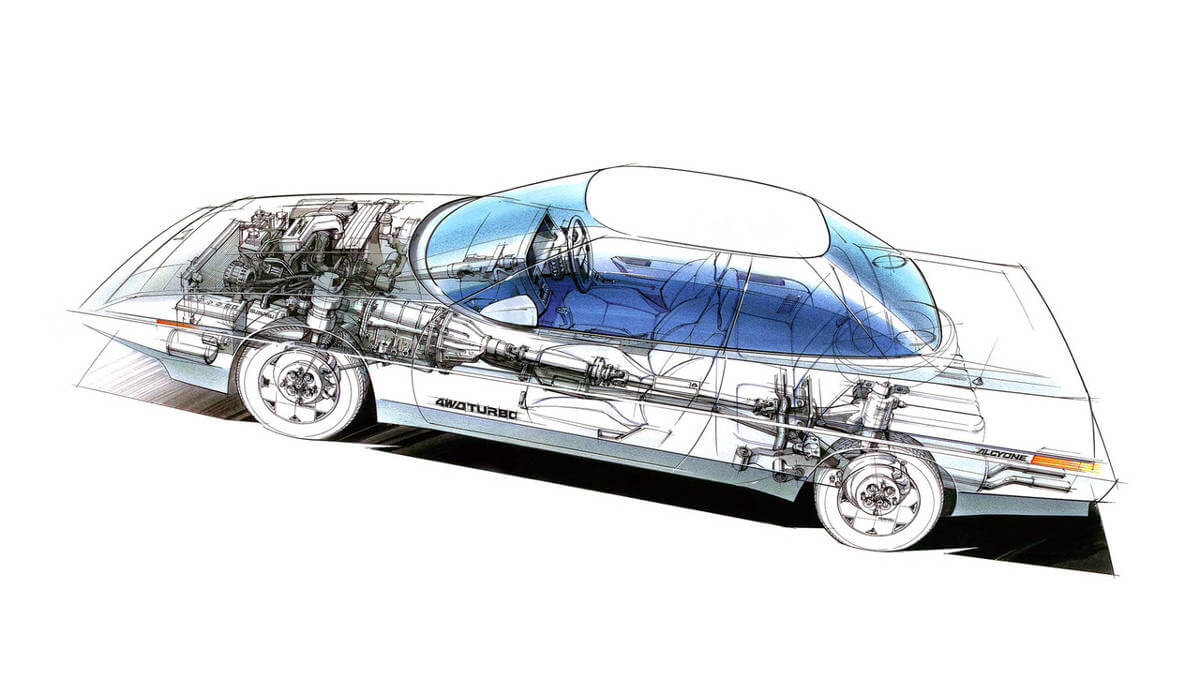 Four cylinders in Europe, six in Japan and the USA

Under the hood of the European version was a 1.8-liter four-cylinder boxer engine. Thanks to an aluminium block, water-cooled turbocharger and overhead camshafts, 100 kW/136 hp were available. The introduction of a regulated catalytic converter in early 1988 reduced output to 88 kW/120 hp. All-wheel drive was standard equipment, initially selectable and from 1988 permanent. In addition, the chassis was equipped with air suspension and height adjustment. Outside Europe, there were also variants without turbocharging and with front-wheel drive. In the USA and Japan, the XT6 with a 2.7-liter six-cylinder boxer engine also rolled into dealerships. This was the first model to exceed the Japanese regulations in force at the time for engines with a maximum size of two liters. As a result, the car was classified as a luxury vehicle there and was subject to a higher annual road tax.

In addition to the aerodynamic exterior shape, the interior was also inspired by aviation. The long gearshift lever in particular, designed to shorten the distance the driver’s hand has to travel between the steering wheel and the gearshift, is strongly reminiscent of an aircraft push lever. All the control knobs and switches were located in two consoles on either side behind the steering wheel. The steering wheel itself only had two spokes, one pointing downwards and one to the right. The instrument panel was also mounted on the height-adjustable steering column so that the displays were always in the driver’s field of vision. Digital displays for speed and revs were optional. A digital status display for open doors, activated all-wheel drive and other functions sat in the center of the dashboard.

A total of 98,918 examples of the Subaru XT were produced between the fall of 1984 and the end of 1990. 8,170 of them remained in Japan, only 1,056 found buyers in Germany. Correspondingly, these vehicles rarely turn up at classic car meets or for sale these days. At the time of this writing, fewer than ten Subaru XTs were for sale in Germany. Prices range from 6,500 to about 13,000 €. So one may speak of a bargain classic car for sure.