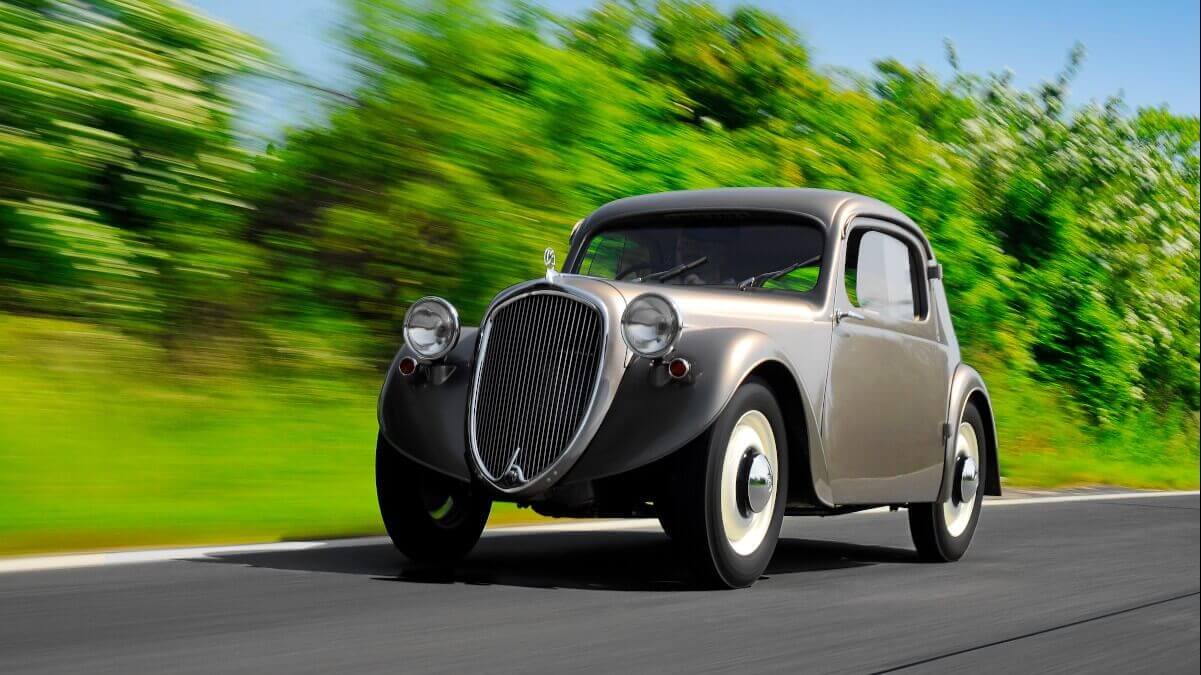 Škoda is currently looking back on rather unknown vehicles from their brand history in some press reports. Today the focus is on the Sagitta, which as a prototype paved the way to the lower middle class from 1936. Before that, the Škoda Popular, the best-selling model from Mladá Boleslav between the World Wars, grew in all dimensions. In addition to the dimensions, the engine capacity, performance and price also increased, creating space for a smaller entry-level model below this model series. Up until the 1920s, high prices and high taxation had made the automobile a toy for the rich population. In 1929, the worldwide economic crisis caused a significant cooling of the spirit of optimism that had previously prevailed in the ‘Golden 20s’. Škoda had shortly before put a new production hall with an automated assembly line into operation and had also developed new models that deviated from the classic ladder frame. Thanks to a lighter central tubular frame and independent suspension, they offered better handling, required less maintenance and were also significantly cheaper to produce, which also had a positive effect on prices.

Under the management of Josef Zubatý, work on new engines was carried out in the development department in the Prague district Letňany. In addition to the already proven four-cylinder four-stroke engines with water cooling, considerations and tests were also carried out with a V2 four-stroke engine and a two-stroke single-cylinder engine. The latter migrated to the prototype Škoda 112 in June 1933 in a version with 500 cubic centimeters, followed in the following months by an 850 cubic centimeters air-cooled V2 four-stroke engine and finally a V2 two-stroke engine of the type 222. However, these engines were not convincing in the Škoda management. They preferred the four-stroke principle, if at all, but commissioned the development of a new engine with two cylinders in line. Meanwhile, the 420 Standard series models presented in 1933 used a four-cylinder four-stroke engine, which one year later also powered the 418 Popular and the 420 Popular. As a result of the aforementioned use of assembly line production, the new price of the 418 Popular fell to 18,800 Czech crowns compared to 29,800 Czech crowns with the 420 Standard, but this still left room for another model. 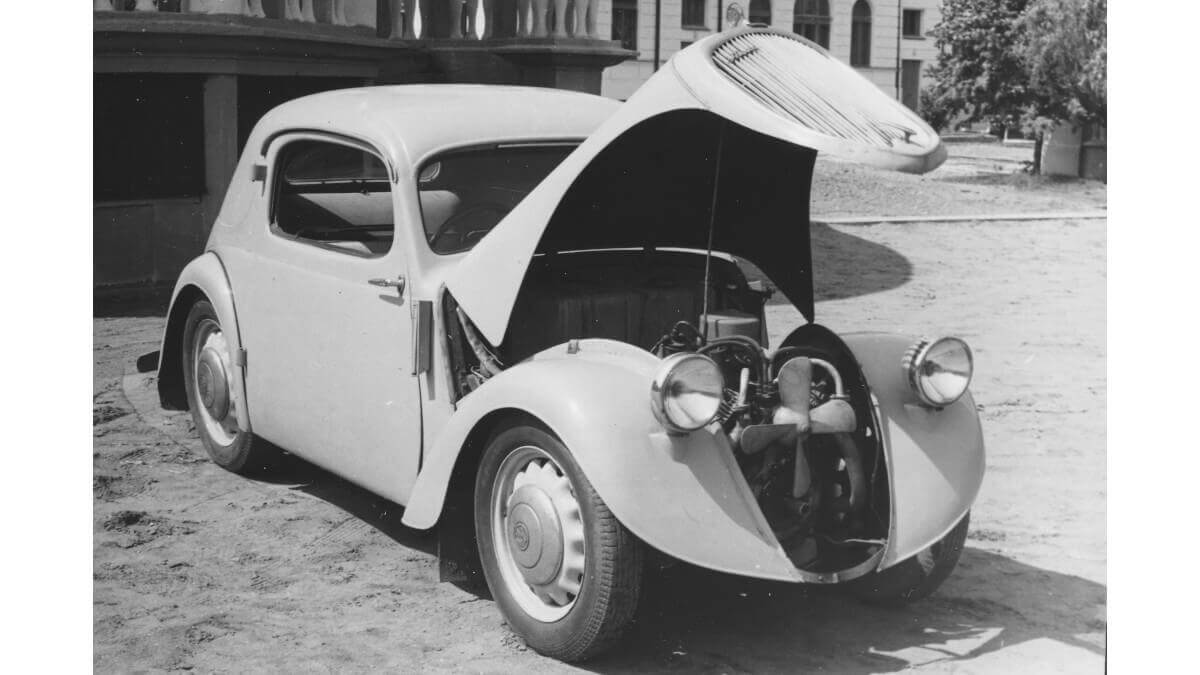 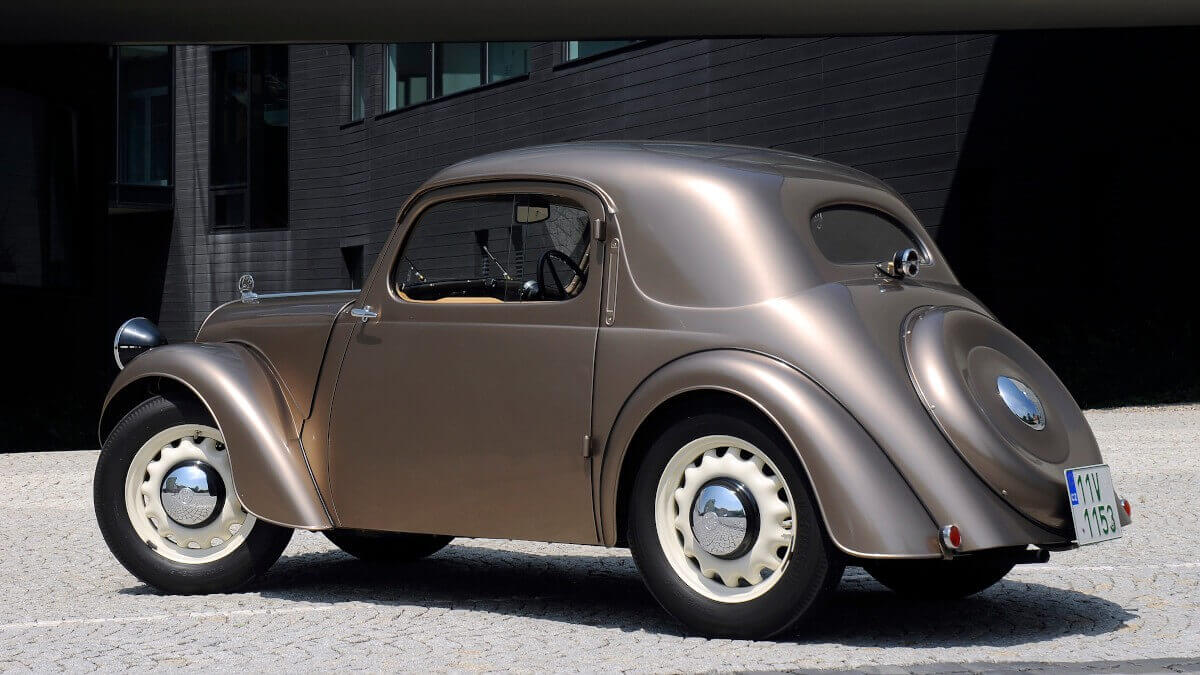 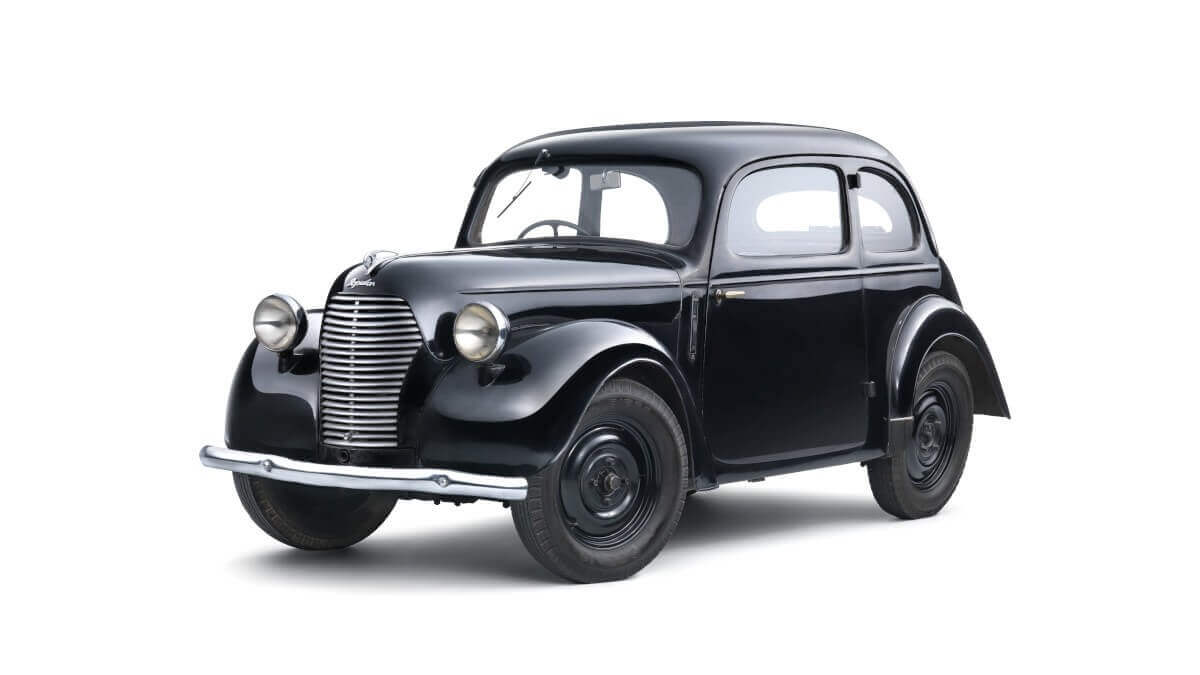 The ordered two-cylinder inline engine was given the type code 215 and a displacement of 804 cubic centimeters, from which the team around Josef Zubatý initially tickled 11 kW/15 hp. By the time it was installed in the first vehicles, the displacement had grown to 844 cubic centimeters with the same power output. A three-speed transmission transferred the power to a transfer case on the rear axle. The Škoda team then created a 3.4 meter short prototype with a wheelbase of 2.1 meters, a width of 1.32 meters and a height of 1.42 meters around the drivetrain. It’s no longer possible to say exactly when the first units were completed. However, it must have been between 1936 and 1938. While the body shape of the first vehicle is also no longer known, two convertibles followed, as well as a two-door with four full seats and four coupés. These eight prototypes were given the model name ‘Sagitta’, which means ‘arrow’ in Latin, indicating the Škoda brand logo.

Due to the transaxle design and the narrow track width of only 1.05 meters, the Sagitta didn’t need a differential. Nevertheless, even on snow, the prototypes offered enough traction for the 16-inch wheels. Škoda specified a kerb weight of 580 kilograms, with a payload of 280 kilograms. In front of the aircooled engine was a four-bladed fan made of light alloy. Behind the ribbed cylinder heads, capillary thermometers with displays on the dashboard were also installed to keep the driver informed of the engine’s temperature at all times. While the Popular used VEH carburettors, the Sagitta used more modern BFRH carburettors from Solex with air filter and oil-soaked wire mesh. Preheating units were installed in the intake manifold, which made it easier to start the car even in wintery outside temperatures. With a topspeed of 70 kph (43.5 mph) and an average consumption of around 5.5 liters per 100 kilometers, the driving performance was more than convincing.

Of the eight vehicles built, only two still exist today. A brown-painted coupé is an integral part of the Škoda Muzeum in Mladá Boleslav. It underwent extensive restoration a few years ago and has since been used for classic car events in Europe. Škoda also owns another unrestored coupé in the warehouse of the factory museum, which is still waiting for its revival. While the Sagitta never went into series production, many details such as the engine located longitudinally in front of the front axle and the radiator grille integrated into the bonnet were put into production on the 995 Popular ‘Liduška’, which was launched in 1938. For just 17,300 Czech crowns, it was the new entry-level model in the Škoda family, but now fitted with a 995 cubic centimeters, watercooled four-cylinder engine with 16 kW/22 hp. By 1946, 1,478 units had been produced.