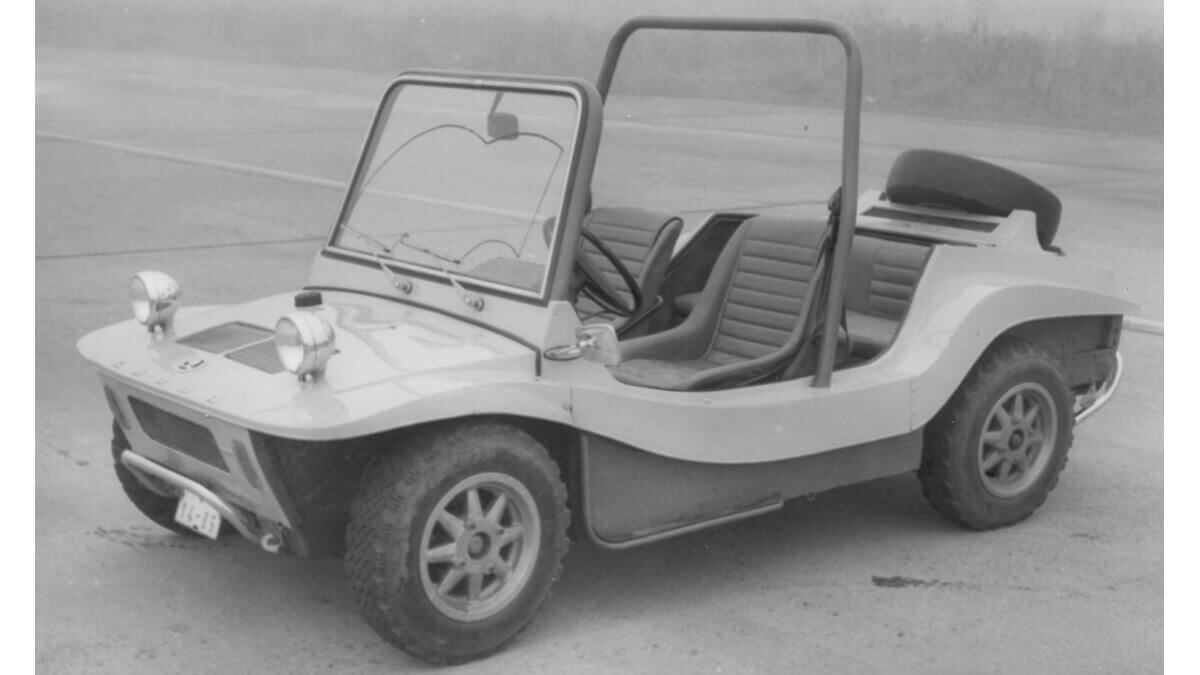 In recent weeks, Škoda gave us a few glimpses of little-known models from the brand’s history. With the model 736 we end this review completely open. On the one hand, there are certainly a few more vehicles that aren’t known everywhere and on the other hand, the basic concept of the 736 is simply open. It is a beach buggy, of which there were many in the late 1960s and early 1970s. However, most of them had a lightweight GRP body and were deliberately based on chassis of the Volkswagen Beetle, which was available in its millions. So how did Škoda end up with the idea of developing such a vehicle, especially since there is no direct access to the sea in Czechoslovakia?

To understand this, you have to look at another area first: The autocross races with minimalist cars on unpaved circuits, which became increasingly popular from the mid-1960s onwards. Even behind the supposedly impermeable Iron Curtain, many motorsports enthusiasts witnessed something of these events, which eventually led to imitation. In the autumn of 1969, the first such race took place in the Czechoslovakian Přerov. Škoda soon became involved in those races with a factory team and in 1970 sent Milan Žid with an appropriately prepared 1100 MB without interior, bumpers and rear doors to the Steeplechase horse race track in Pardubice, where he won the class up to 1,000 cubic centimeters displacement. A year later there was a real championship, dominated by Škoda with a buggy based on the 100/110 L, which was shortened by 40 centimeters. Instead of a bodywork, this vehicle showed almost only rollover and ram protection bars. While Milan Žid won the one-liter class, Oldřich Brunclík won the title in the next higher category with an engine drilled to 1.15 liters. In the course of the following 1972 season, Škoda retired from autocross in favour of the rally cars developed in parallel for the Rally World Championship and European Championship. 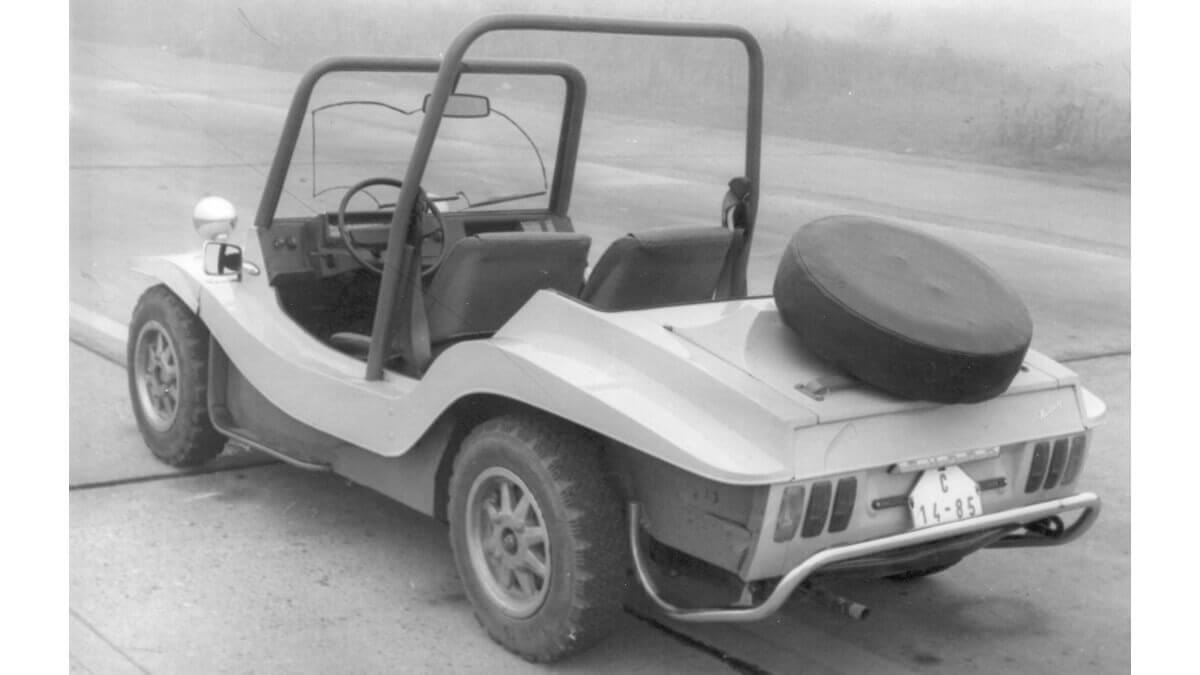 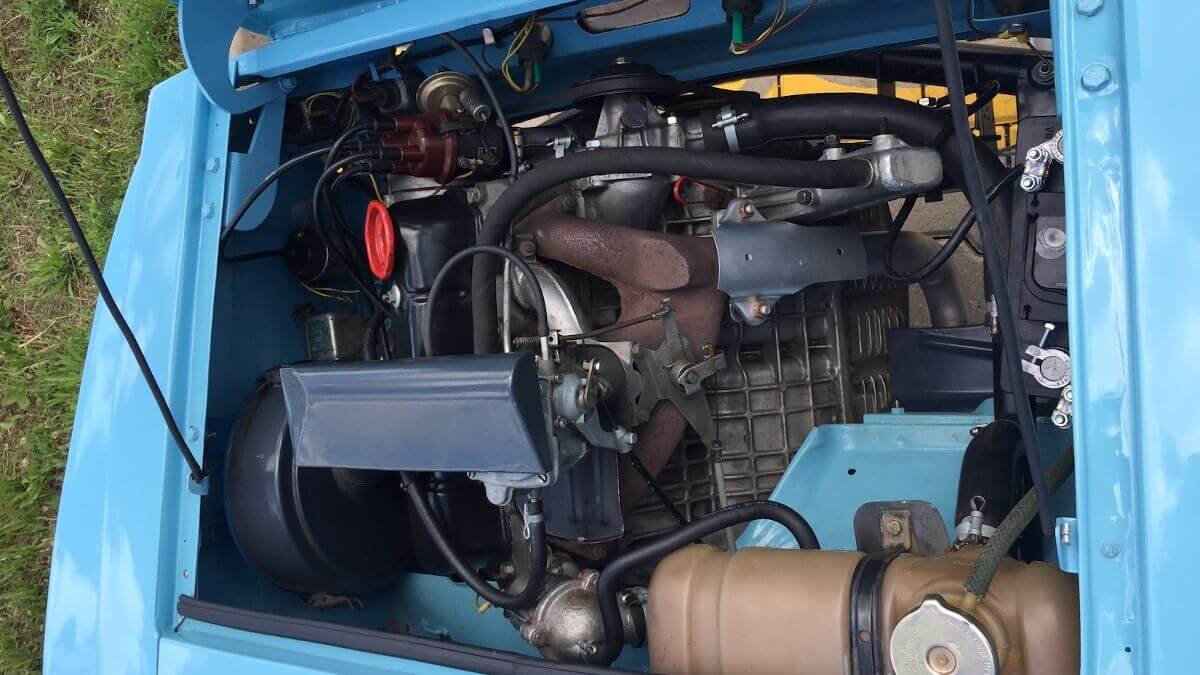 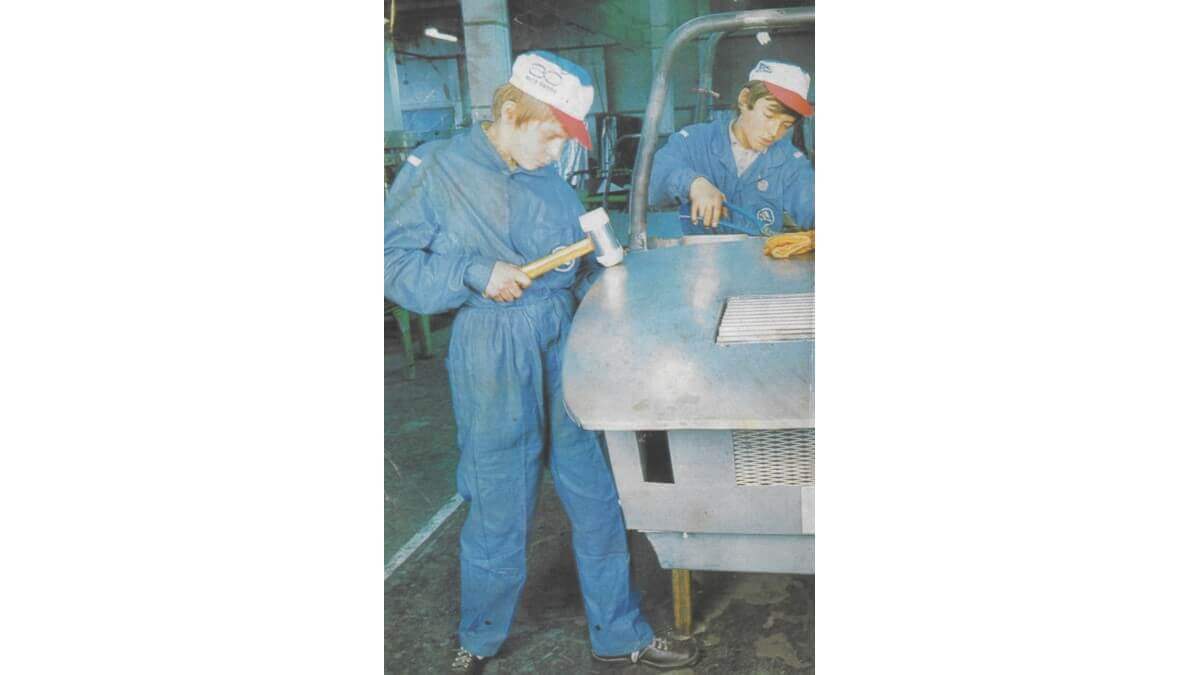 In addition to the autocross vehicles, pure fun cars also experienced an upswing in this era. Examples of this category in Western Europe were the aforementioned buggy conversions based on the Beetle, the Citroën Méhari or the Renault Rodeo. This trend originally came from Florida and California, where various surfers drove these cars all the way to the beach. Some buggy conversions based on the Škoda 110 with rear engine were also developed in Western Europe, for example by the Belgian company of Francois Vernimmen. He shortened the floor between the axles by 16 centimeters and made an open body with a tarpaulin top. For its world premiere in 1972, he was able to show this vehicle at the Škoda stand at the Brussels Motor Show. In the following three years, around 30 copies of the VF Okapi with either 988 or 1,107 cc engines were built. Similar models were also produced by Motorest in Italy and other small manufacturers.

These developments eventually led to the project 736 for 1973 in Mladá Boleslav, which was designed to explore possible export opportunities. The 110 L was used as the technical basis, but its wheelbase was shortened to 2,000 millimeters. The floor assembly was then given an additional tubular frame for the windscreen, two stiffening longitudinal struts and a high rollbar above the heads of the driver and front passenger. Josef Čech designed a simple bodywork, which was made of metal, unlike the competitors from Western Europe. The first example was created in the development department. For the following four copies, Škoda handed the project over to the apprentices at the company’s own vocational school, laying the foundation for the tradition of ‘apprentice cars’ that still continues today. In contrast to the subsequent conversions from Italy and Belgium, project 736, which was planned with consistency, was given a better position for the battery, the radiators and the 40-liter tank in the front. A 1.1-liter four-cylinder engine with 33 kW/45 hp and 74 newtonmeters of torque was located at the rear under the spare wheel protected by a cover and the bonnet. As the finished buggy weighed in at a mere 710 kilograms, this power wasn’t only sufficient for decent performance (topspeed of 107 kph or 66.5 mph), but also for a payload of 400 kilograms. The only thing that helped against bad weather was a thin textile soft top with side parts in which transparent films were integrated instead of glass windows.

During test and development drives, the five Škoda 736 buggies covered more than 30,000 kilometers (or 18,641 miles). Despite positive results and various ideas of the developers to reduce the production costs, it was ultimately not enough for a positive decision in favour of series production. The niche of buggies and fun cars worldwide was simply too small for this risk. One of the prototypes was used as a Follow-Me car at the international airport Prague-Ruzyně (today Václav Havel) after the project was discontinued. The fifth and final built copy belongs to the Škoda Muzeum in Mladá Boleslav, where it was extensively restored two years ago – again by in-house trainees.