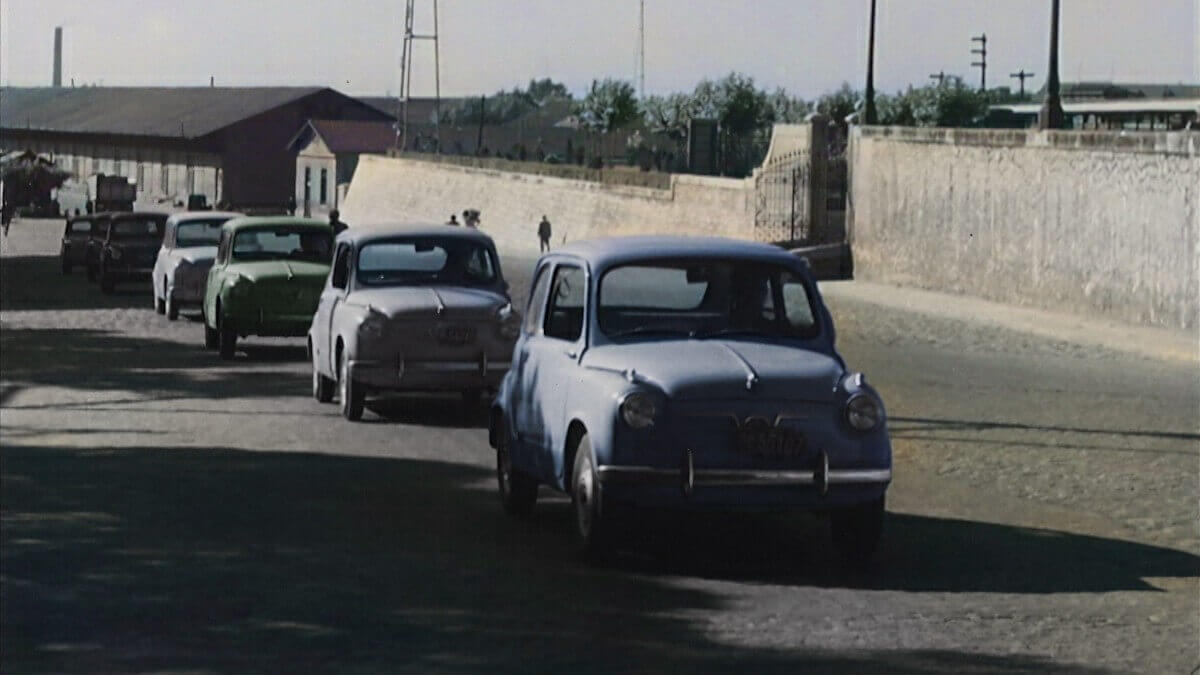 In our current world, we are characterized by fast news from all over the world, which of course is in color by picture or even video. Younger readers may be surprised, but the process of creating colorful images is only about 100 years old. The first feature film shot in color, ‘Becky Sharp’, dates back to 1935, but it took several decades before this technology finally caught on. In Europe, color television didn’t appear on a large scale until 1967. Black-and-white film rolls for photos even lasted until the advent of digital cameras, as many photographers swore by the special atmosphere of these pictures.

So it is hardly surprising that many black-and-white photos are also stored in the factory archives of various car manufacturers. One example of this is Seat, where a total of 193,739 documents, photos and videos are currently stored in the archives under special conditions. For example, temperature and humidity are kept as constant as possible. The historical pictures are also preserved using the latest measures and possibilities – and in some cases the quality is even improved afterwards. Recently, for example, the company has started using the latest digitalization methods, which also make it possible to re-color photos and videos. 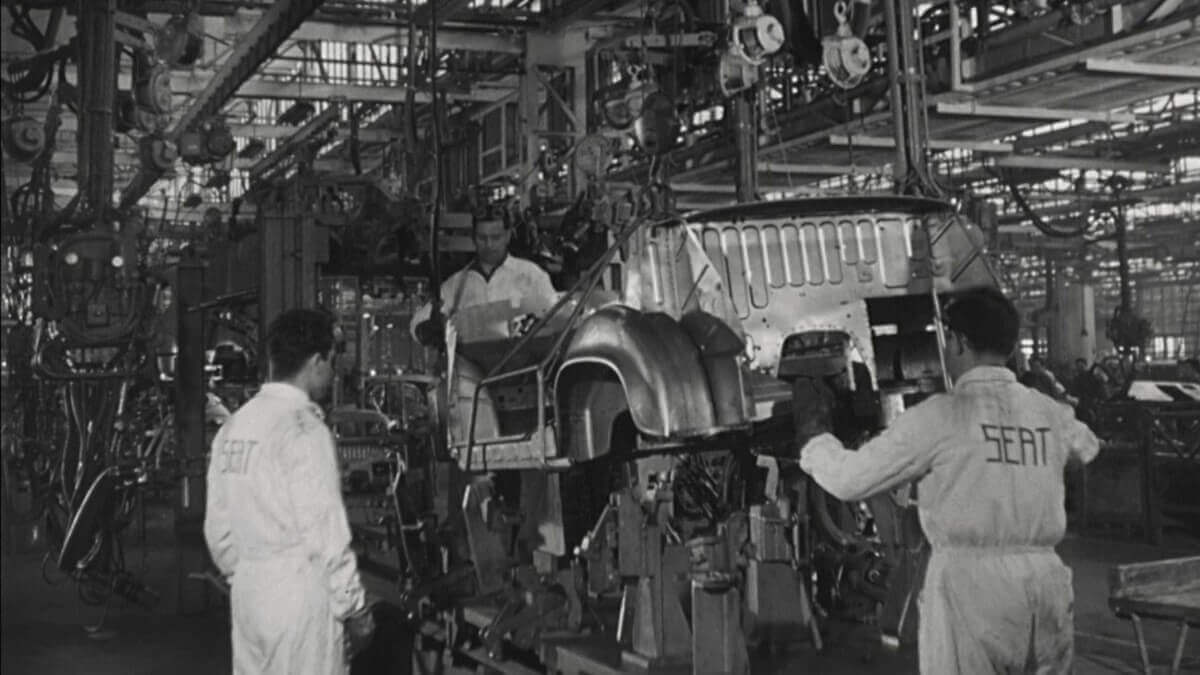 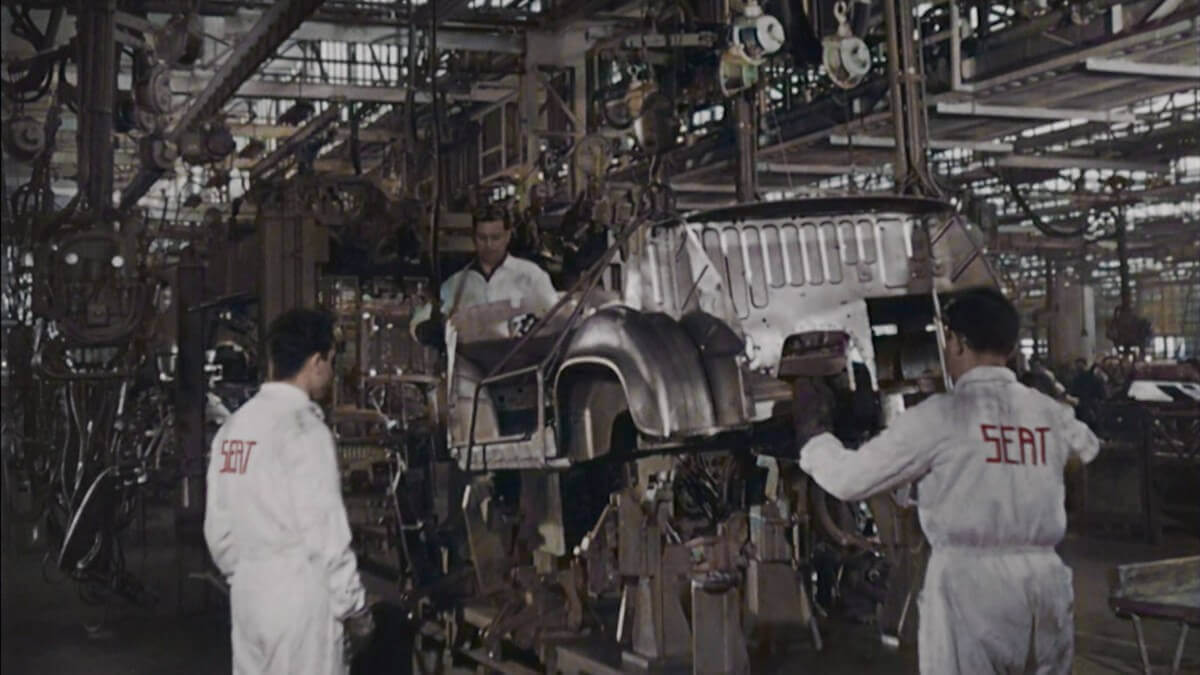 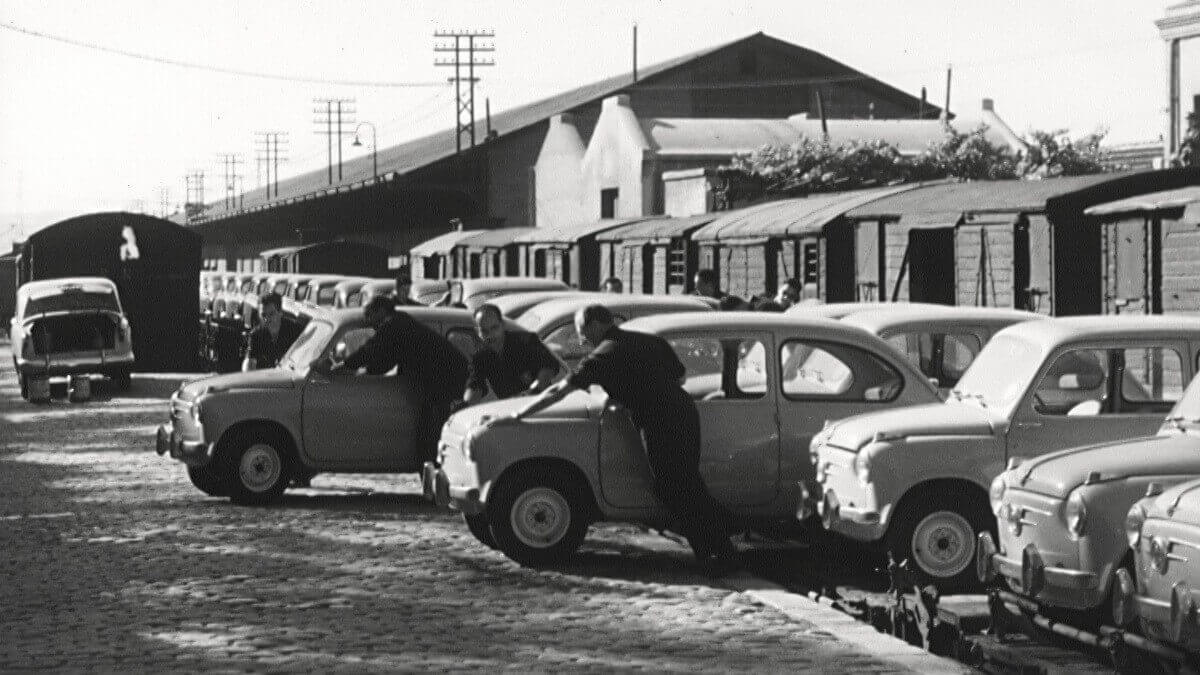 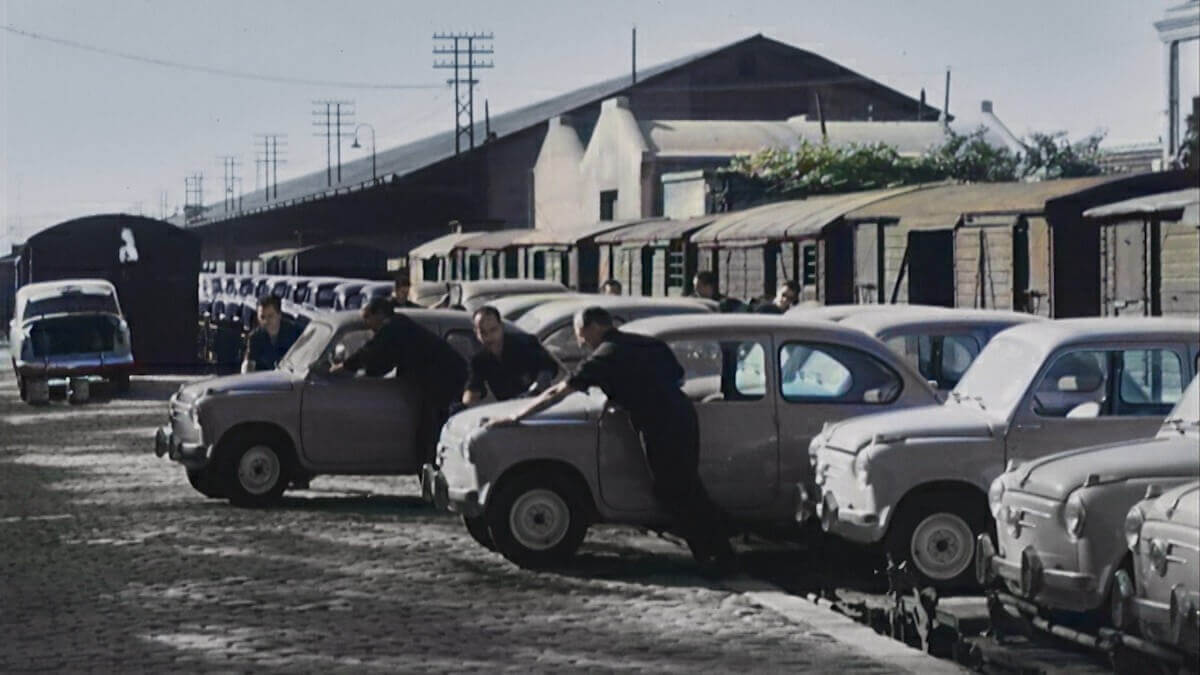 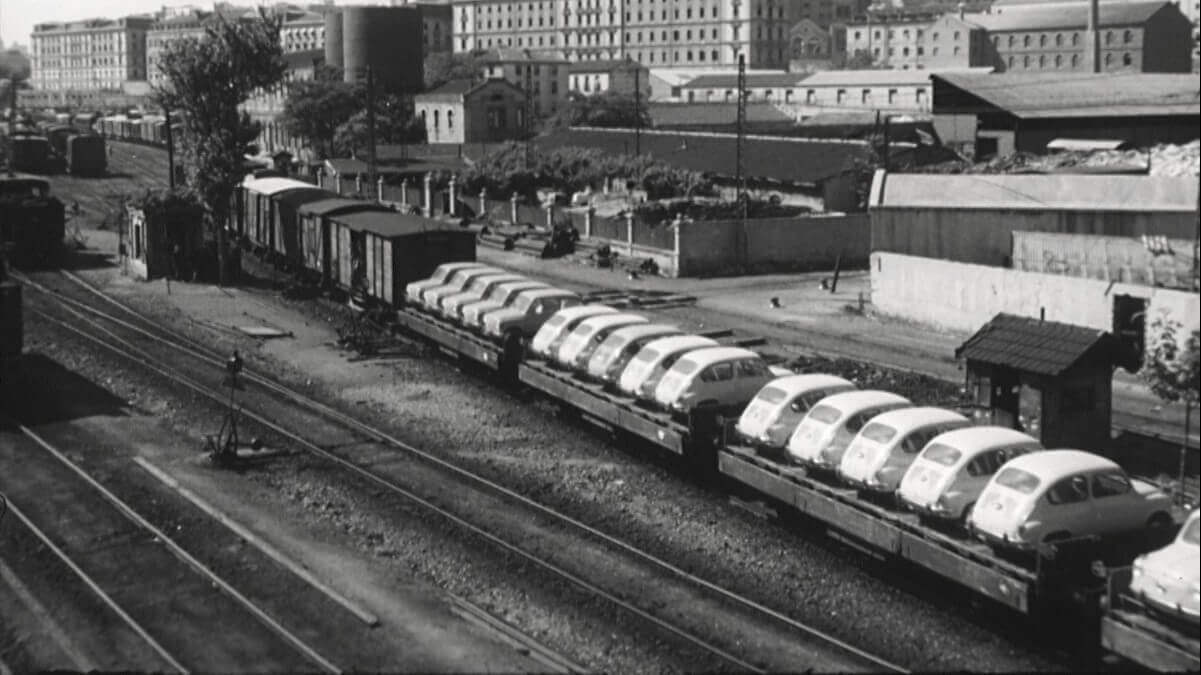 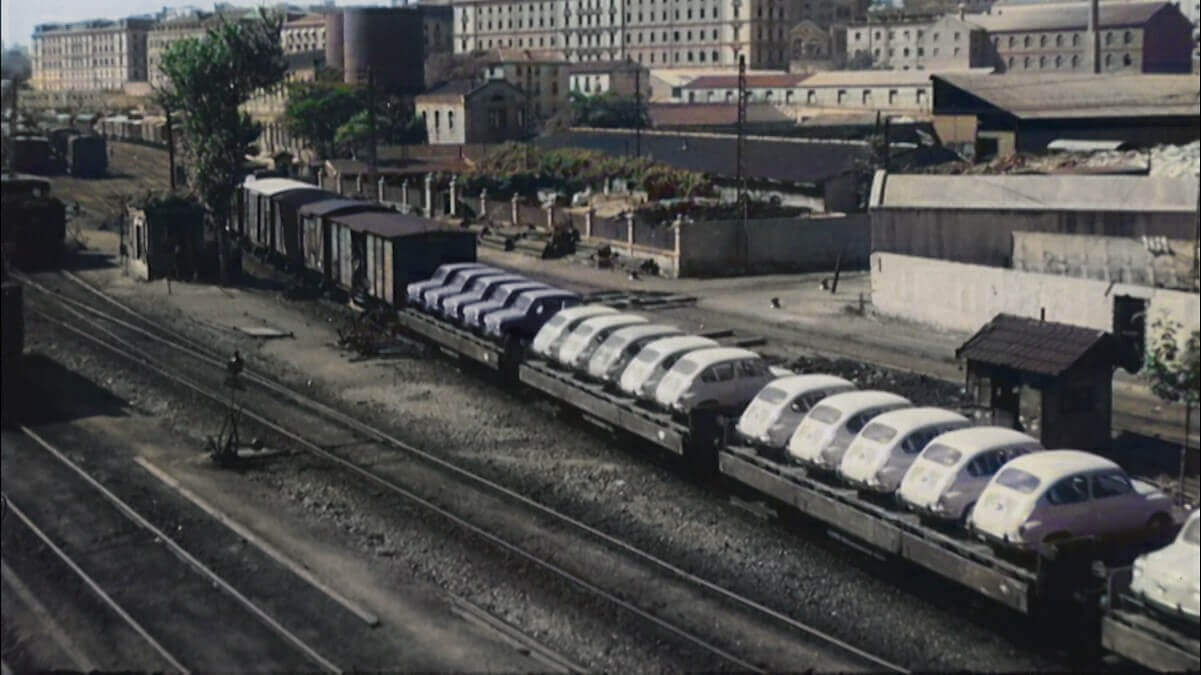 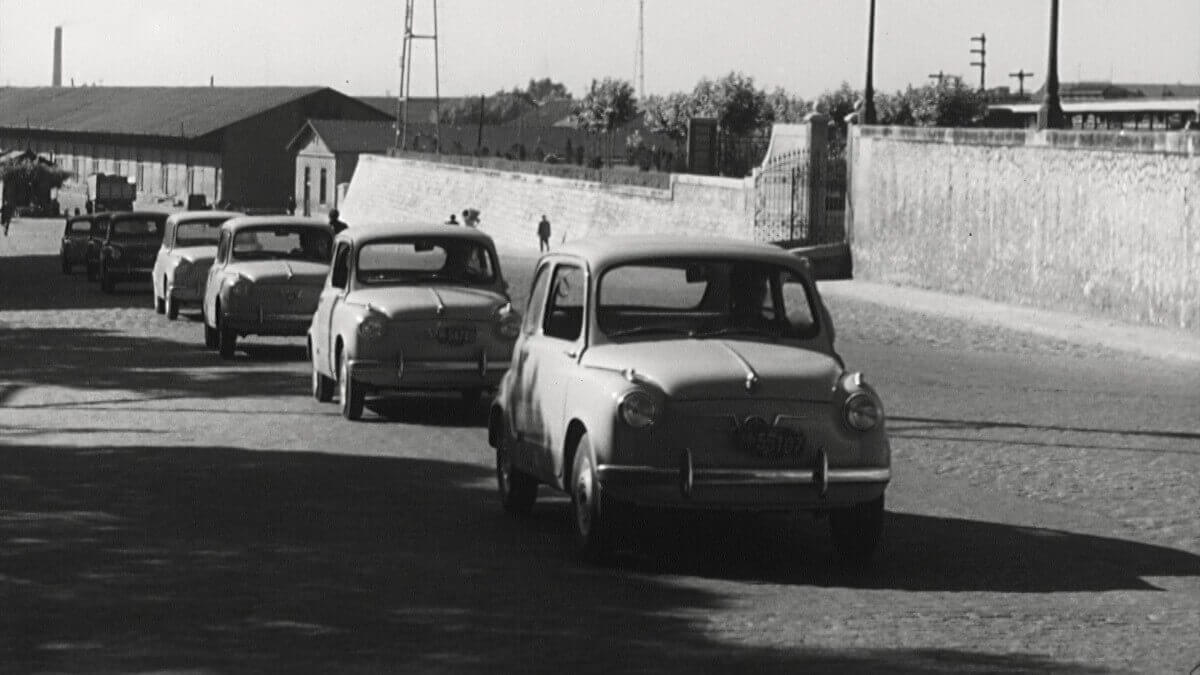 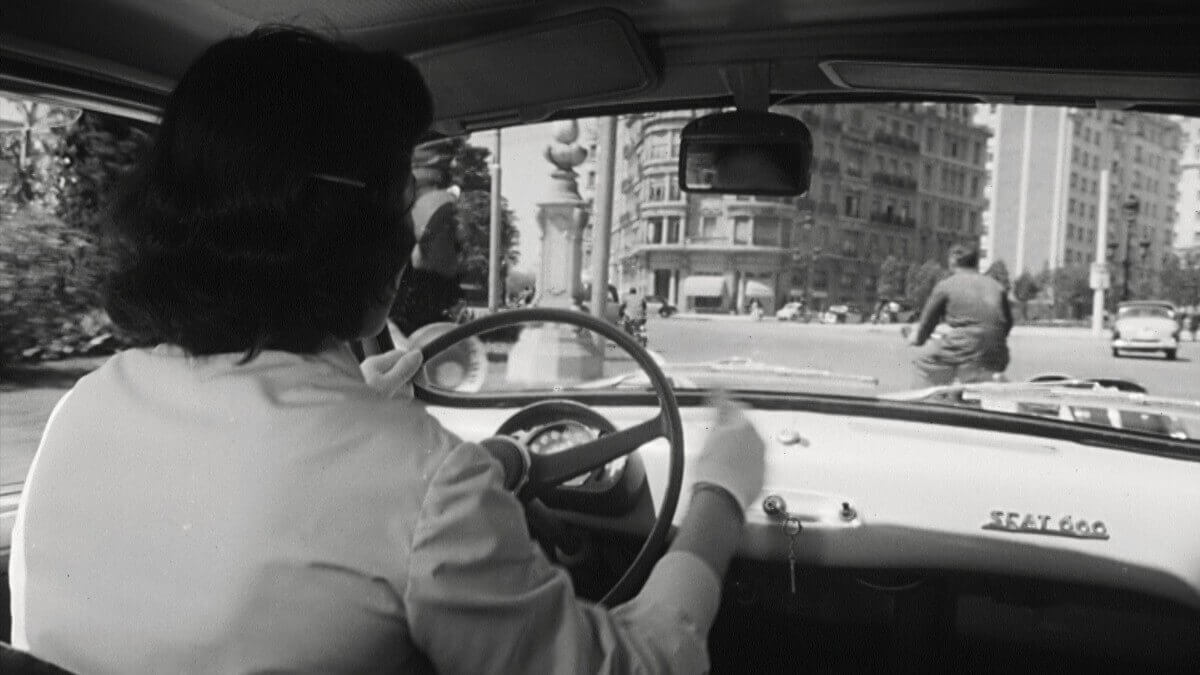 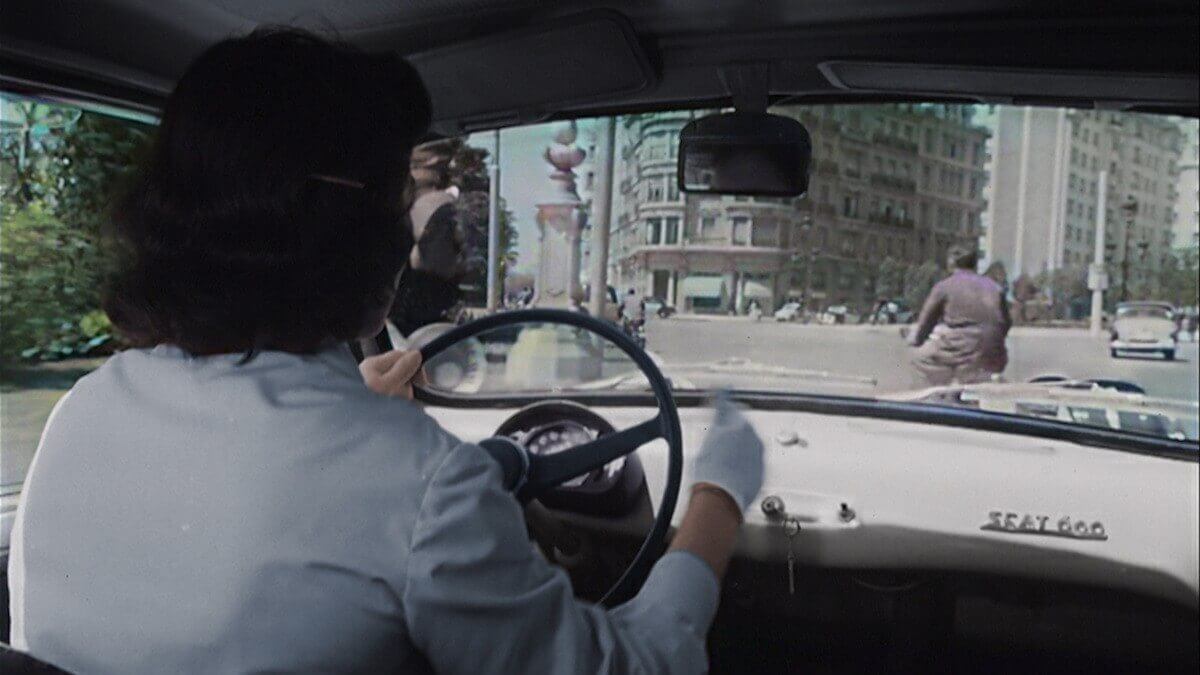 In this way, a pinch of fresh life comes into the old recordings. Where before only the difference between light and shadow could be seen, you can now also see colors and color shades. Isidré López has been in charge of Seat’s historical collection ‘Coches Históricos’ for many years and explains: “The very early Seat vehicles were painted in black, moss green, dark blue, Milan red and Havana tobacco. Soon, however, there was a change to lighter colors such as moon grey, water green, ivory, mustard and beach beige”. Since this wasn’t visible on the old pictures and videos so far, these become all the more interesting by the re-coloring.

For the time-consuming preparation of the historical videos, the company Sinedie from Madrid was engaged. Each individual image of the films is first digitized, brought to a higher resolution by a complex algorithm and then interpreted by an artificial intelligence with regard to the original coloration. This is followed by the manual fine-tuning process, in which each individual element in each still image is colored by hand in historically correct colors. In order to ensure the appropriate level of detail, Seat draws on existing color photographs and authentic sources. In addition to a video, which we have attached via a link below, Seat also provided five photos in a before-and-after comparison to show the effect of the re-coloring process.