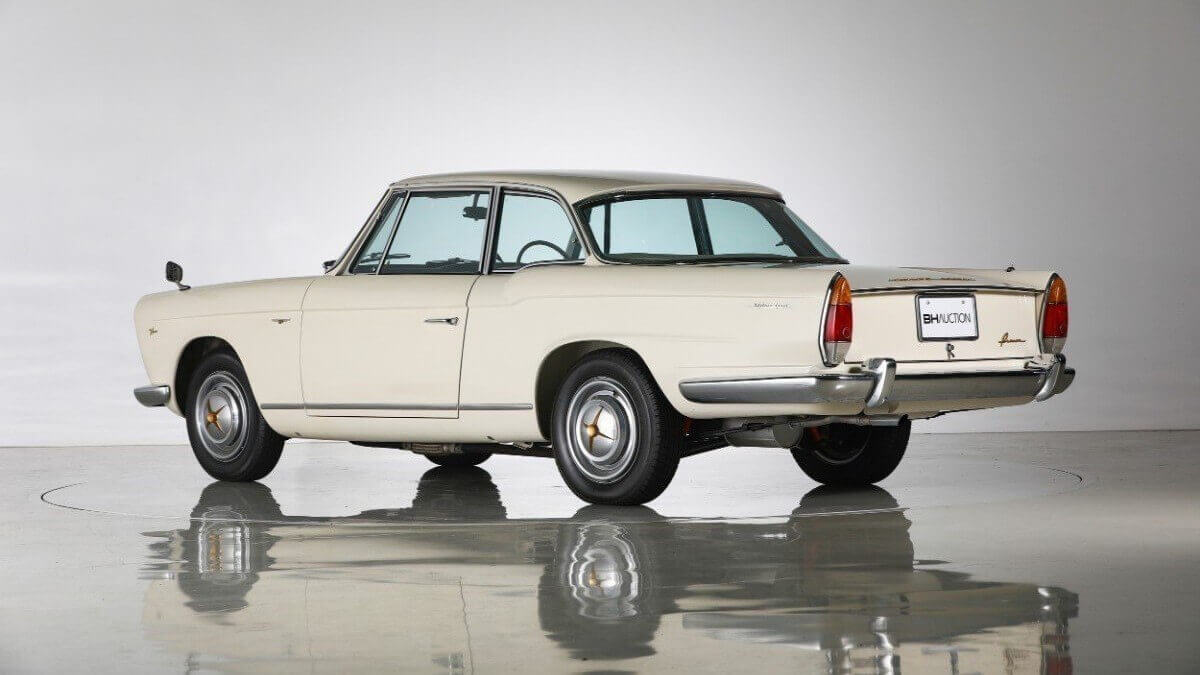 The Japanese car brand Prince Motor Company (Prince Jidōsha Kōgyō K.K.) is only known to a few Europeans. In fact, probably only those who have already dealt with the brand history of Nissan in greater depth. The company Tachikawa Hikōki, founded in 1936, set up after World War 2 in a factory building in Chōfu in the Japanese prefecture of Tokyo and changed the production programme from aircrafts to electric cars. After the first prototypes of light commercial vehicles had been built in 1946, series production of the Tama electric car began in 1947 and the independent Tokyo Electric Car Company (Tōkyō Denki Jidōsh) was founded. In 1949 it became ‘Tama Denki Jidōsha’ and finally, after Prince Akihito was appointed official heir to the throne of the Japanese Emperor, it was renamed to ‘Prince Jidōsha Kōgyō K.K.’. In the meantime, the company concentrated mainly on the production of luxury cars and light commercial vehicles. In August 1966, Nissan took over the brand and integrated the model lines Gloria and Skyline into its own portfolio, while the other vehicles were dropped from the range.

The Prince Skyline debuted on the Japanese market in 1957 as a four-door sedan. A 1.5-liter four-cylinder engine with 60 hp operated under the bonnet. This output was increased to 70 hp in October 1958. In the course of time Prince derived the 83 hp Gloria as well as a station wagon and a pickup version under the model name Skyway from the Skyline. The classic design was given round twin headlights in the Deluxe version from February 1959, which were also used in the basic version in the autumn of the same year. At the same time, a coupé created by Italian designer Giovanni Michelotti made its debut under the name Skyline Sport. However, it took another two years before series production began. As a result, this rather sporty vehicle could be fitted with the 1.9-liter engine, which was additionally offered from the autumn 1961 and was available in the sedan with 84 or 96 hp. In the Skyline Sport, the performance rose to 100 hp. A total of 33,759 units of the very first Skyline were built by 1963, although only very few of the Sport as coupé and convertible were built by hand due to the higher price. 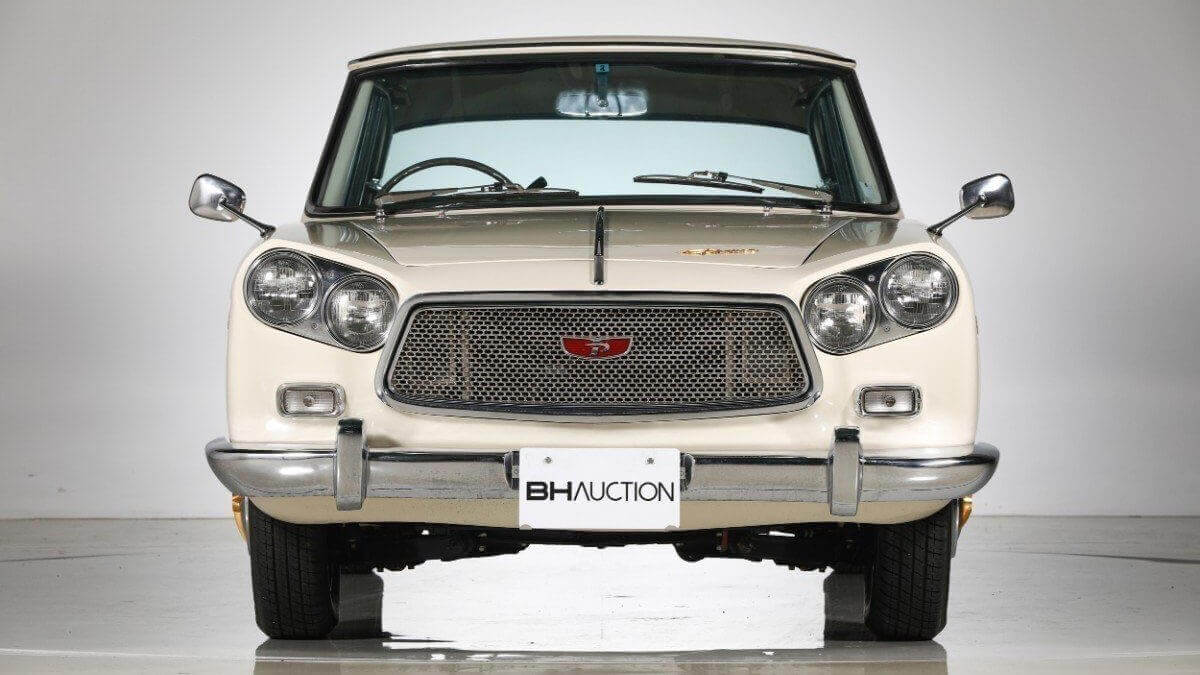 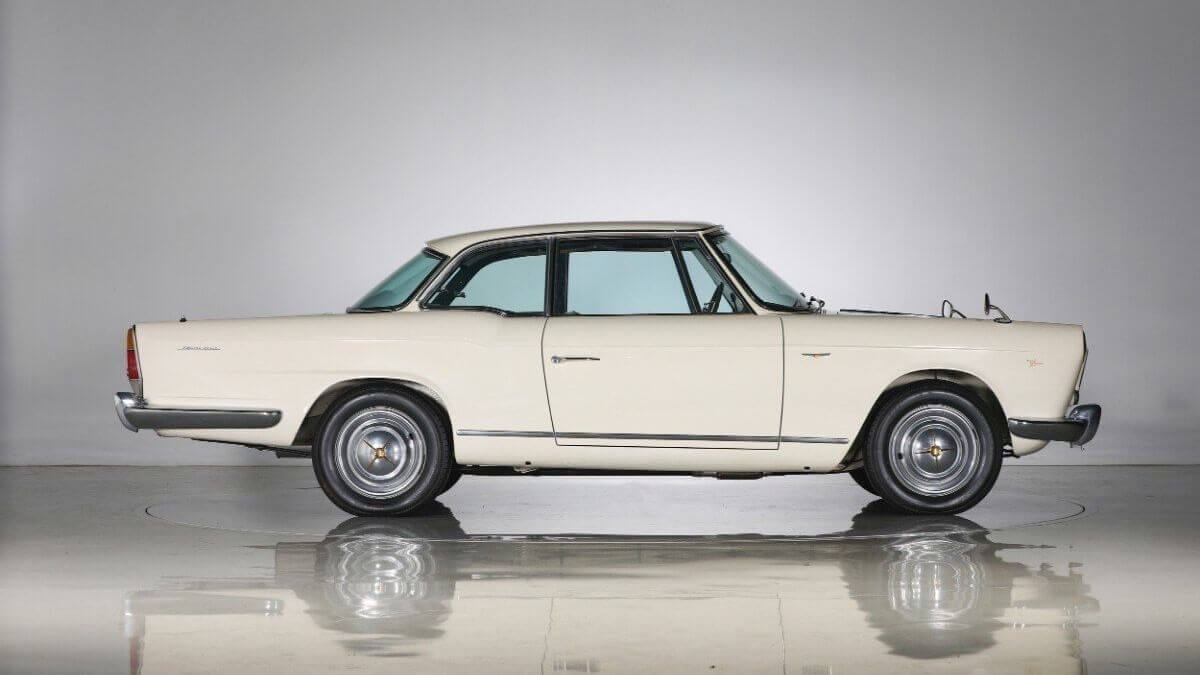 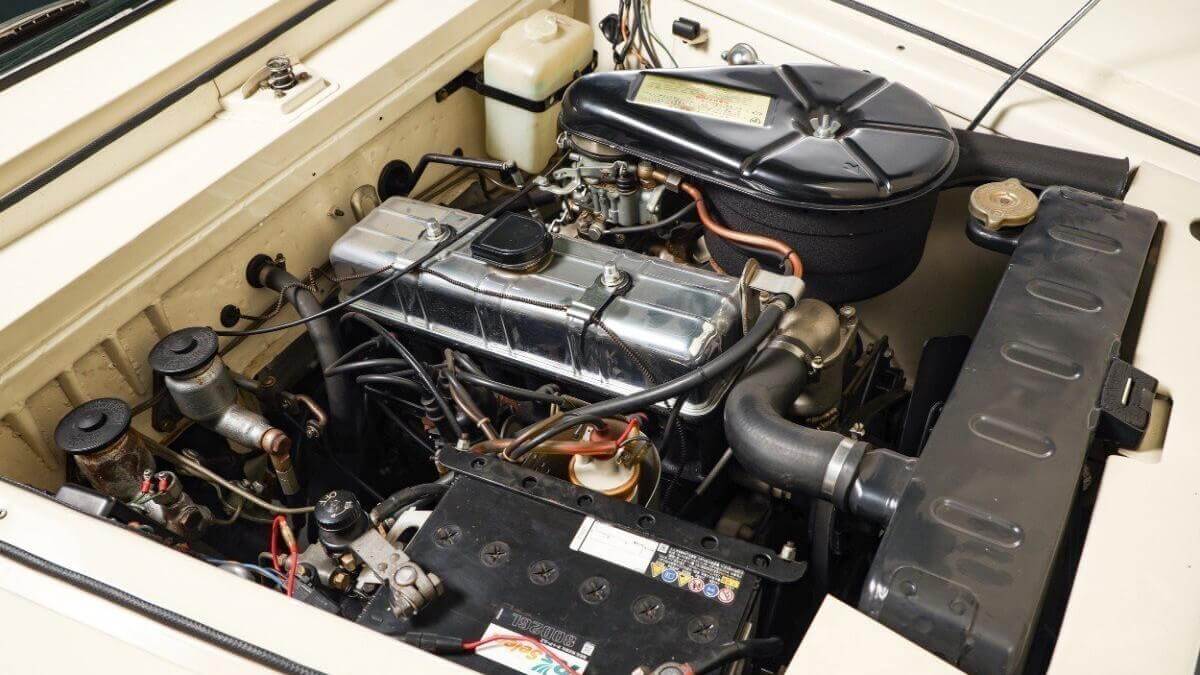 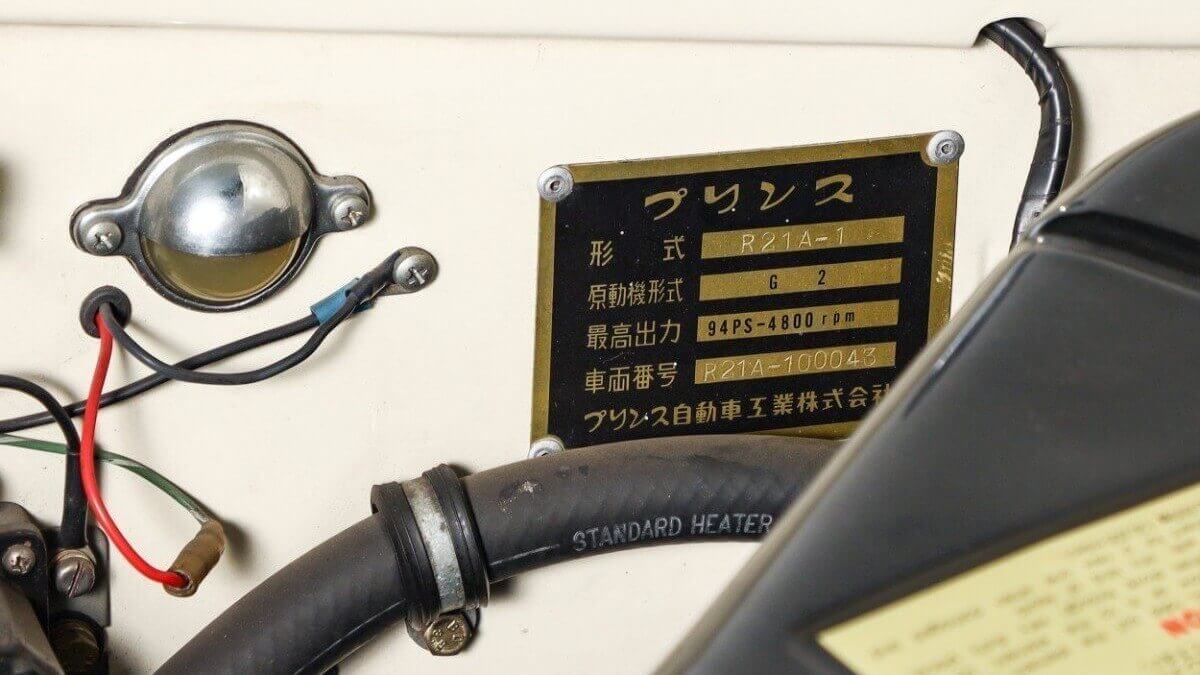 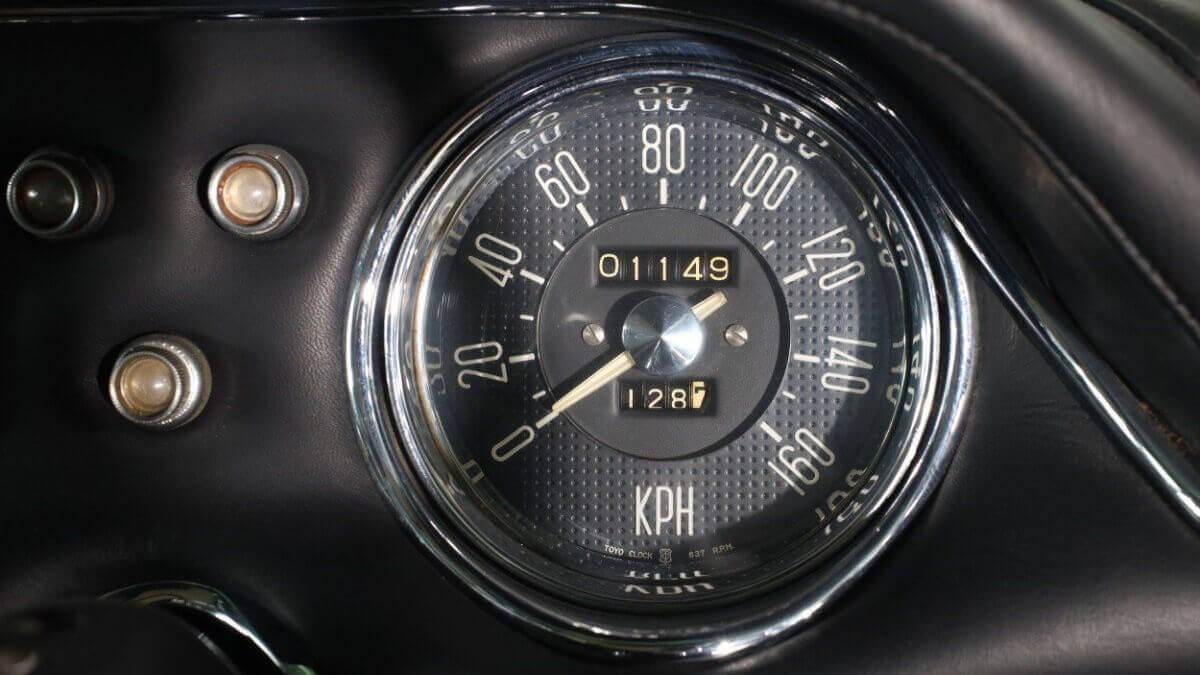 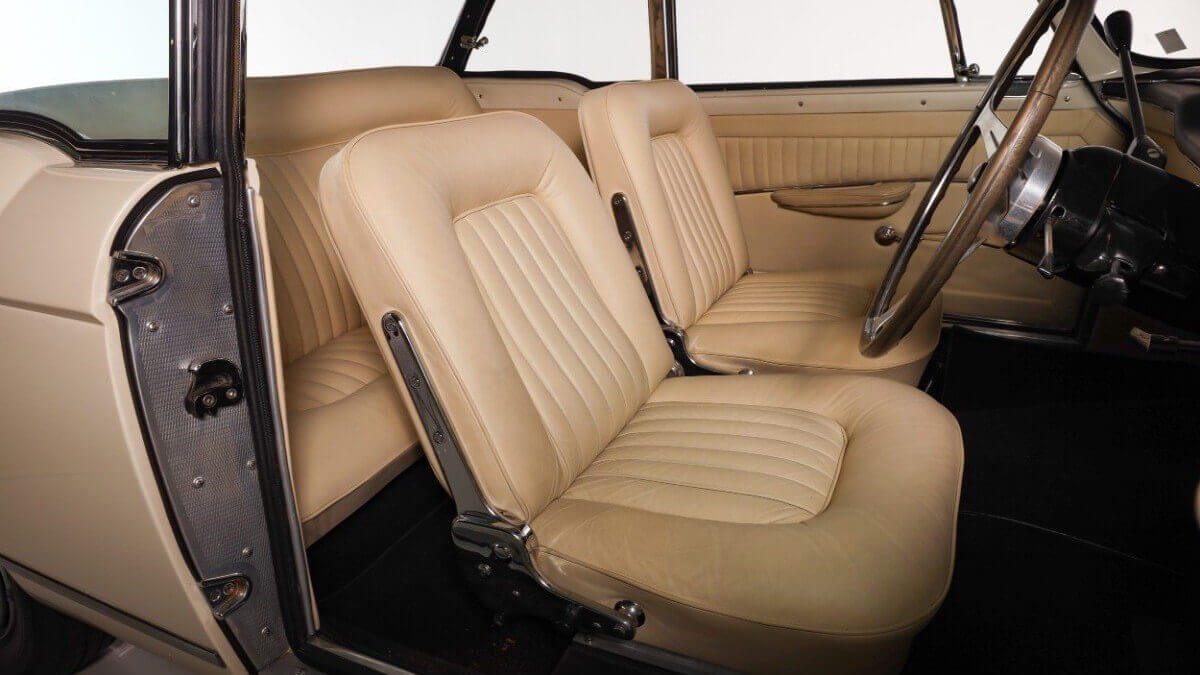 For the Skyline Sport as a coupé, Prince asked for 185,000 Yen at the time, while the sedan was at 120,000 Yen. Converted to today’s time that would be about 20 million Yen or about 170,000 € adjusted for inflation. In return, the customers received a sports car with a topspeed of around 150 kph (93 mph), which was both visually and technically convincing for its time. A manual four-speed gearbox transmits the power to the rear-mounted DeDion axle with semi-elliptical leaf springs. At the front each wheel is hanging at two wishbones of different lengths with coil springs. The deceleration was provided by drum brakes all around, which was still common in automotive engineering at that time. All in all, the Prince employees probably made only 35 coupés and 25 convertibles, mostly by hand.

One of these coupés with a surprisingly low mileage of less than 1,200 kilometers is currently for sale in the private sales part on the website of BH Auction. Exactly this vehicle was on display at the Concours d’Elegance at the Villa d’Este in 2009, where the cream-colored bodywork caused a sensation. After all, it was the first Japanese car that ever competed in this Concours event. Especially the ‘Chinese Eyes’ double headlights which are arranged diagonally next to each other, are a detail that was taken up by several other manufacturers of the time. The price for the Prince Skyline Sport is available on request at BH Auction.