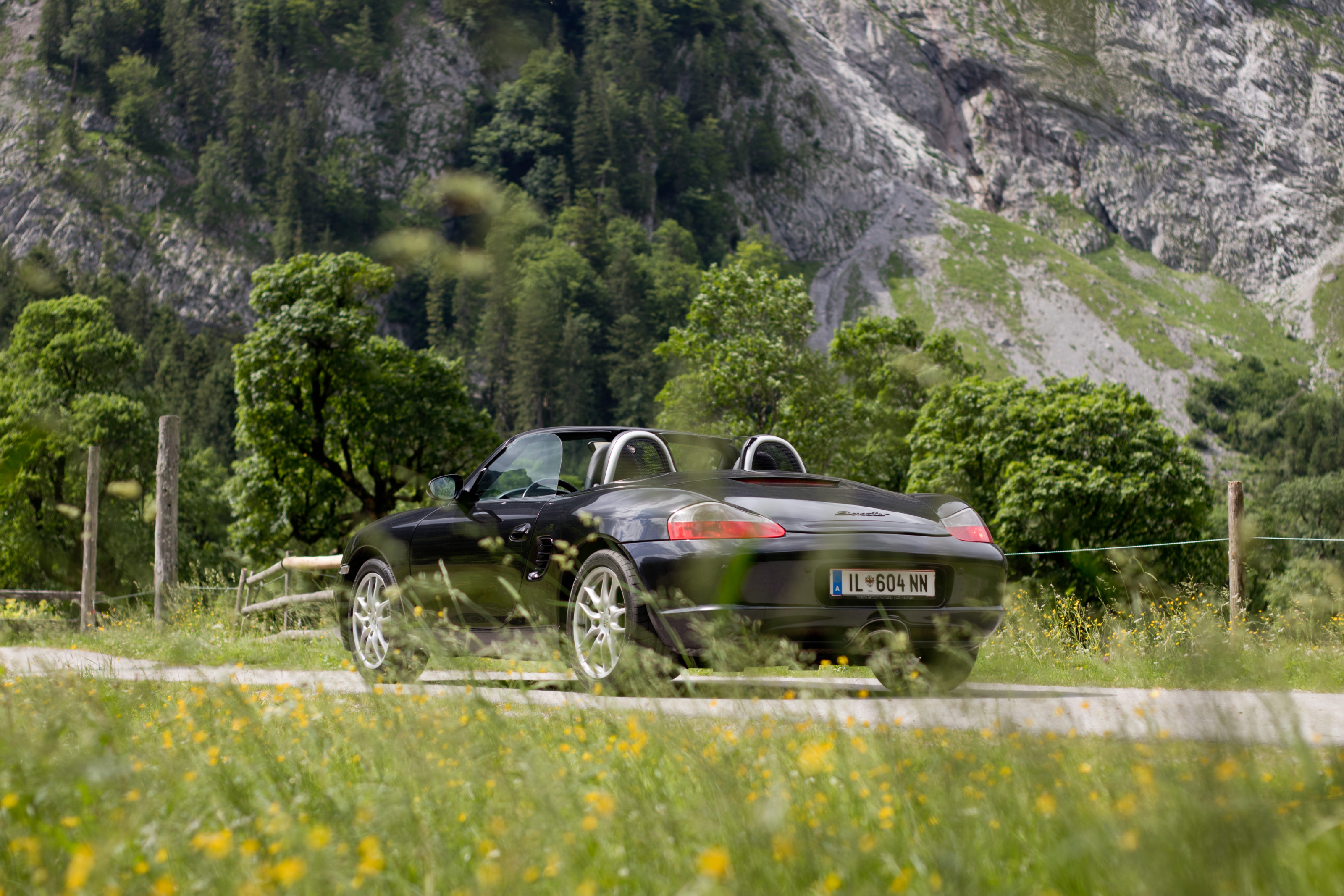 The temperatures are rising, the days are getting longer, it’s summer. Time to open the top, pick a nice road and enjoy driving again – with all your senses. The vehicle for today’s tour, a Porsche that is still between worlds, still buzzing around under the radar of many. We’re talking about the first generation Porsche Boxster, with a boxer 6-cylinder engine behind its ears and a gear knob in its hand. Sounds like just the right ingredients for a fun drive in the Alps, doesn’t it?

Get in, let’s go. It is immediately noticeable that the interior belongs to the driver, no distractions – only the driving counts. There is a radio, but as soon as you turn the key and the Boxer engine comes to life, you realise where the music is coming from today – from the golden mean. You also notice this after you have covered the few motorway kilometres, open the roof and contest the first winding roads. The road holding is simply perfect. Brake – turn in – step on the gas again, the mid-engine really helps you, turns the car in, provides enough traction when accelerating out. In combination with the precise and smooth steering, which lets you position the car with milimetre precision, it’s a pity when the straights take over again. But this gives you time to let your pulse sink a little and get to know the other side of the Boxster. Relaxed cruising is just as much a pleasure with the entry-level Porsche. A breeze blows through your hair, the subliminal rumble of the naturally aspirated engine in the background – what more do you need? And that’s exactly the question that keeps running through my mind…do you need more for such a pure driving experience than a Boxster? The 911 is cult, no question, but its little brother in the form of the Boxster, especially in the first generation, offers you emotions, enough power, lots of storage space thanks to the mid-engine concept and the most important thing, the unmistakable feeling of a real Porsche.

“…does it take more for such a pure driving experience than a Boxster?”

In the meantime, we have left the section of dull straight ahead behind us again and turn into the Risstal valley in the direction of Ahornboden (Eng). With the Rissbach stream beside us, the road now begins to wind. So shift down two gears and enjoy curve after curve. The engine really barks at you and wants you to cheer it up to 7,000 revs so that you can engage the next gear, which is a delight for all the senses thanks to the short shifting distances and the mechanical engagement. Braking, downshifting with intermediate throttle, which is not done by a computer here but is still real work, steering in following the course of the bend until you feel the mid-engine turning the car around the vertical axis, and back on the throttle, whereby the rear end quickly shows where the journey is going if you are not fully on the ball. – What an experience!

And for a reasonable price (by Porsche standards), because you can buy a 986-generation Boxster for as little as €15,000, less than half as much as for a 911 built at the same time. It is particularly worth mentioning that the 996-generation 911 Carrera and the first Boxster are identical right down to the doors, so the Boxster is definitely a much cheaper alternative, although no compromises were made in terms of driving pleasure.

It is on roads like this one in the Alps, where one bend follows the next and you have to be completely on the ball to experience the full potential, that the Porsche Boxster feels at its best and invites you to pure driving. 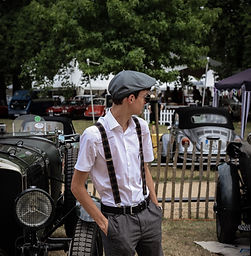