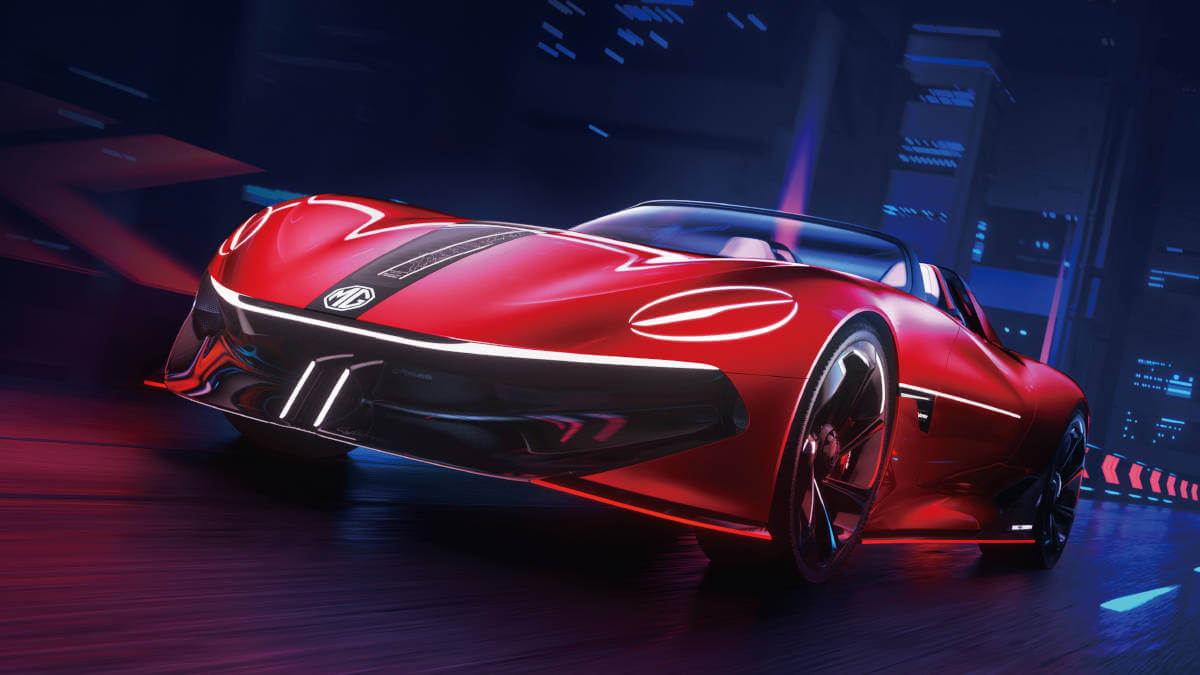 Although hardly anyone in continental Europe realizes it, the traditional British car brand MG is still around. After BMW parted ways with Rover and MG in 2000, the story continued until April 2005, before bankruptcy caused the company to withdraw from many world markets. A few months later, the Chinese Nanjing Automobile Group acquired the naming and trademark rights to MG. Nanjing was sold to the SAIC Motor group, which had acquired Rover’s manufacturing facilities and tools but didn’t own any trademark rights. Instead, these machines were now being used to create new MG vehicles for the Chinese market. Between 2008 and 2016, a production facility existed again in the UK, where only kits from Chinese production were completed. In the meantime, MG is aiming to expand its export markets. To this end, the company is primarily looking at continental Europe again, where it wants to score with electrified SUVs and hybrid vehicles. 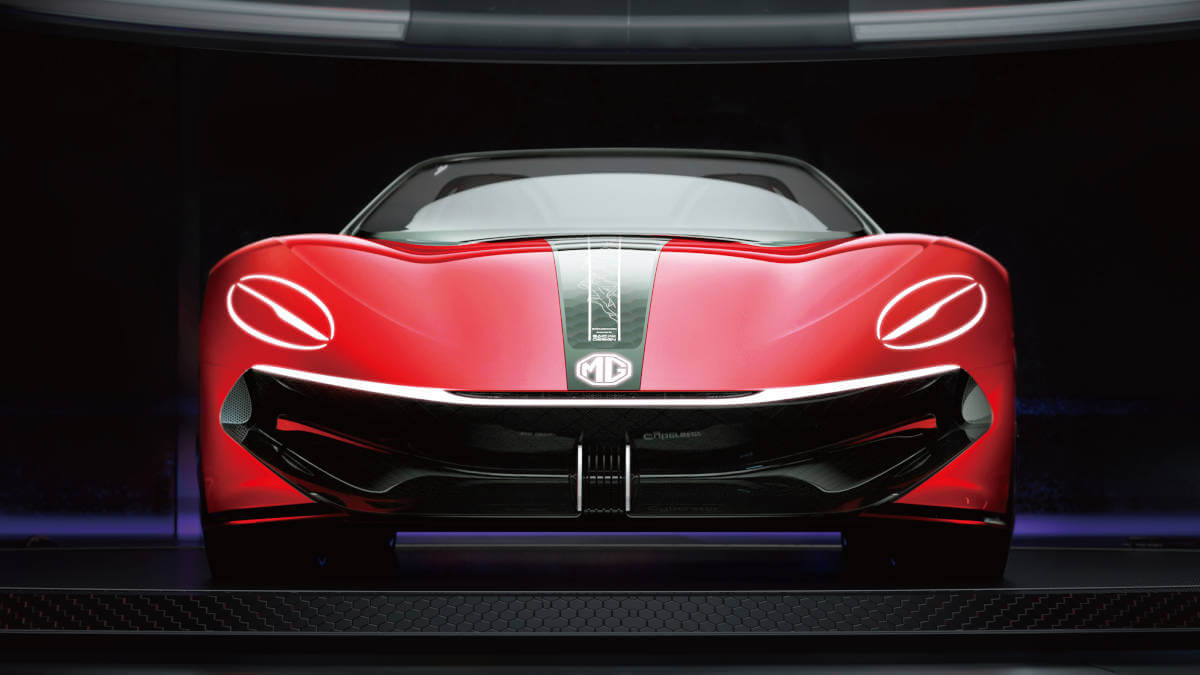 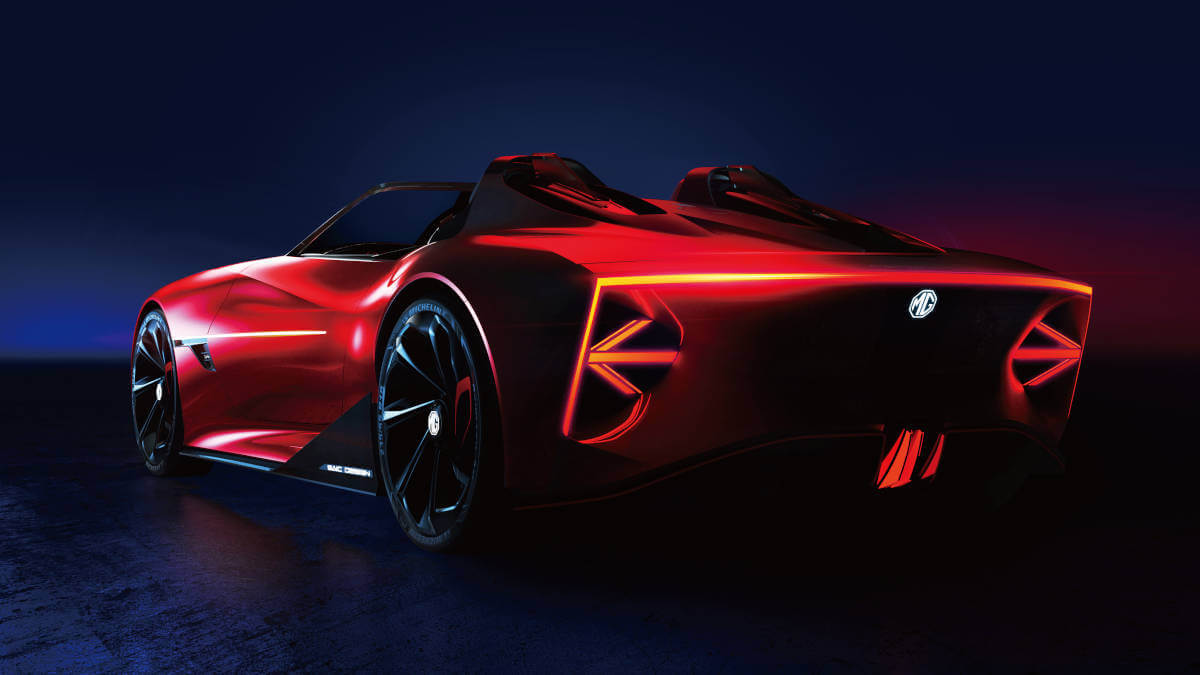 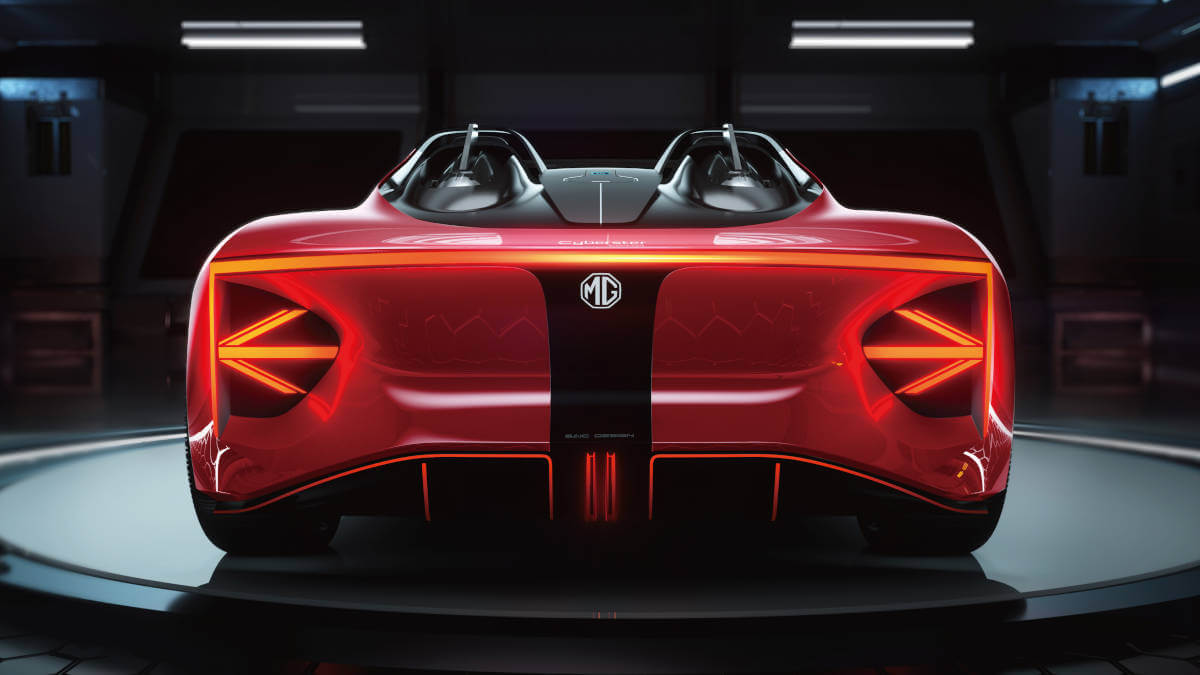 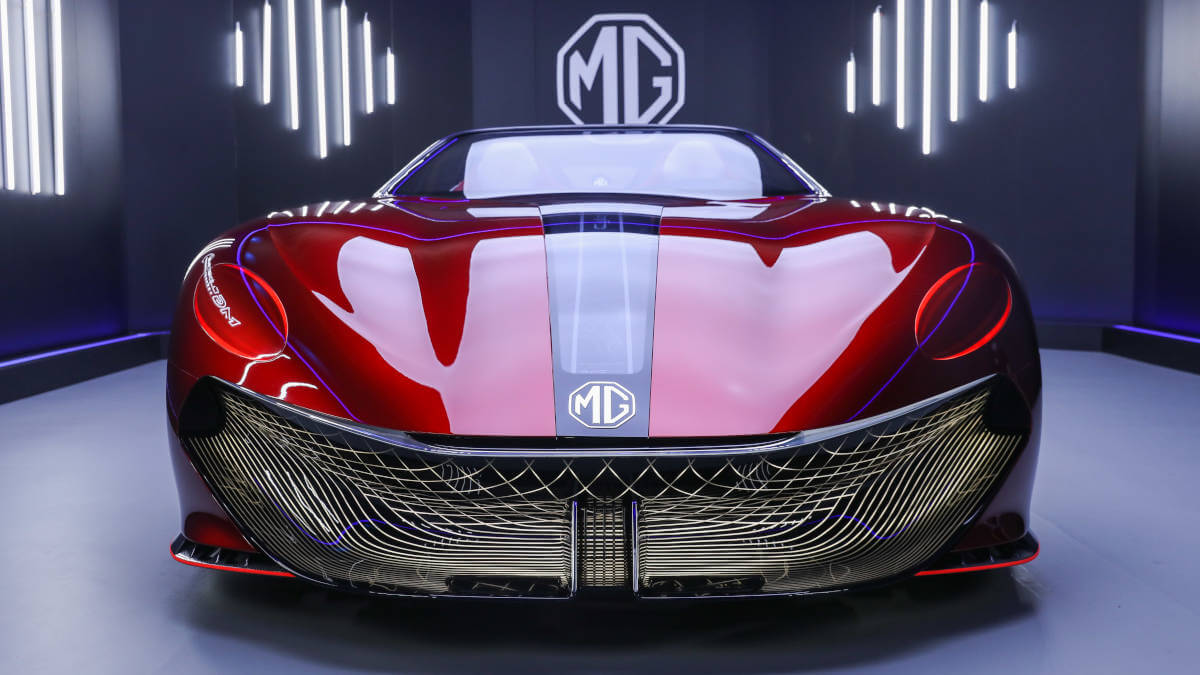 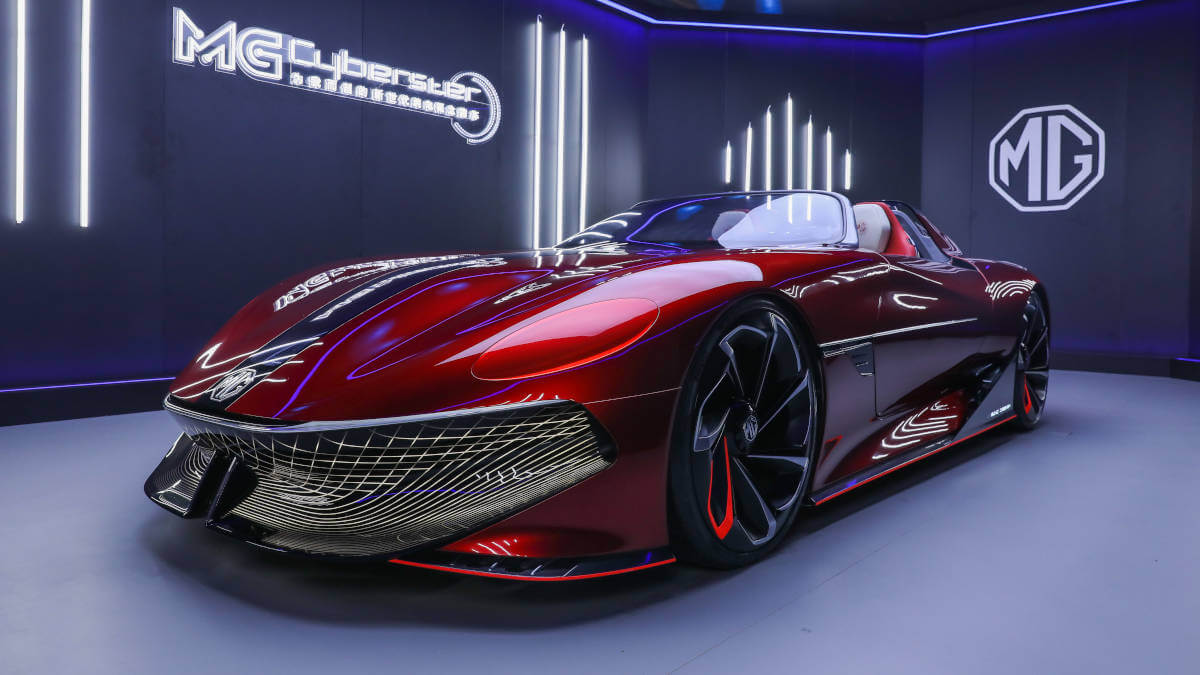 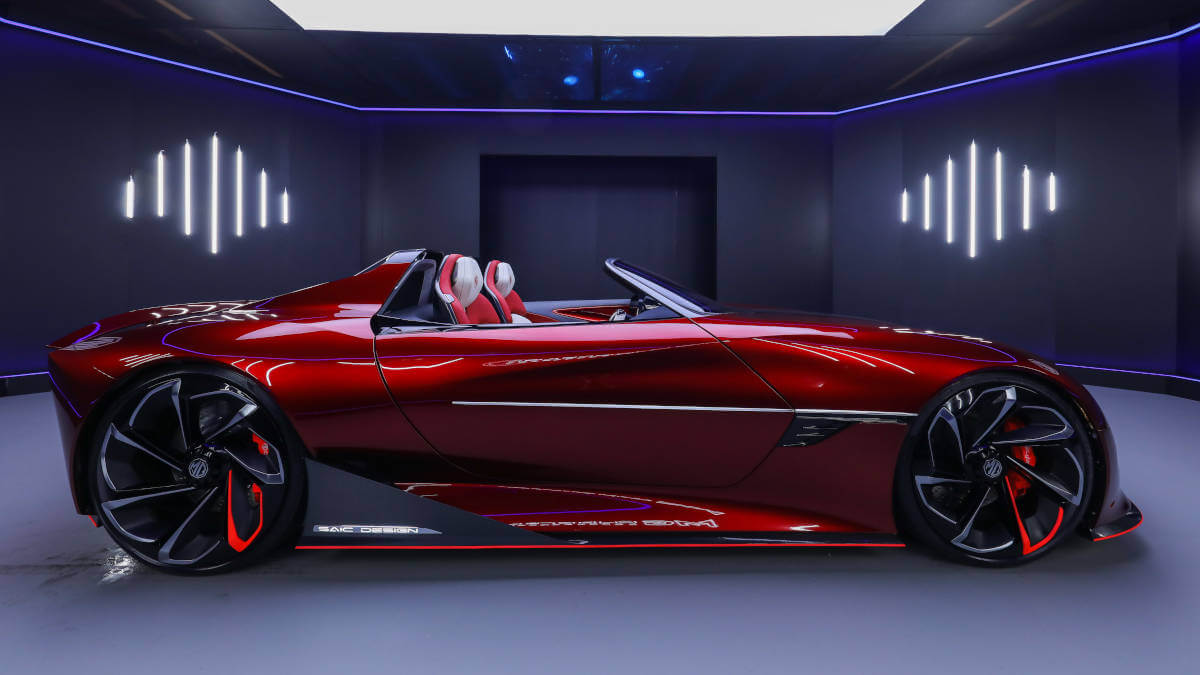 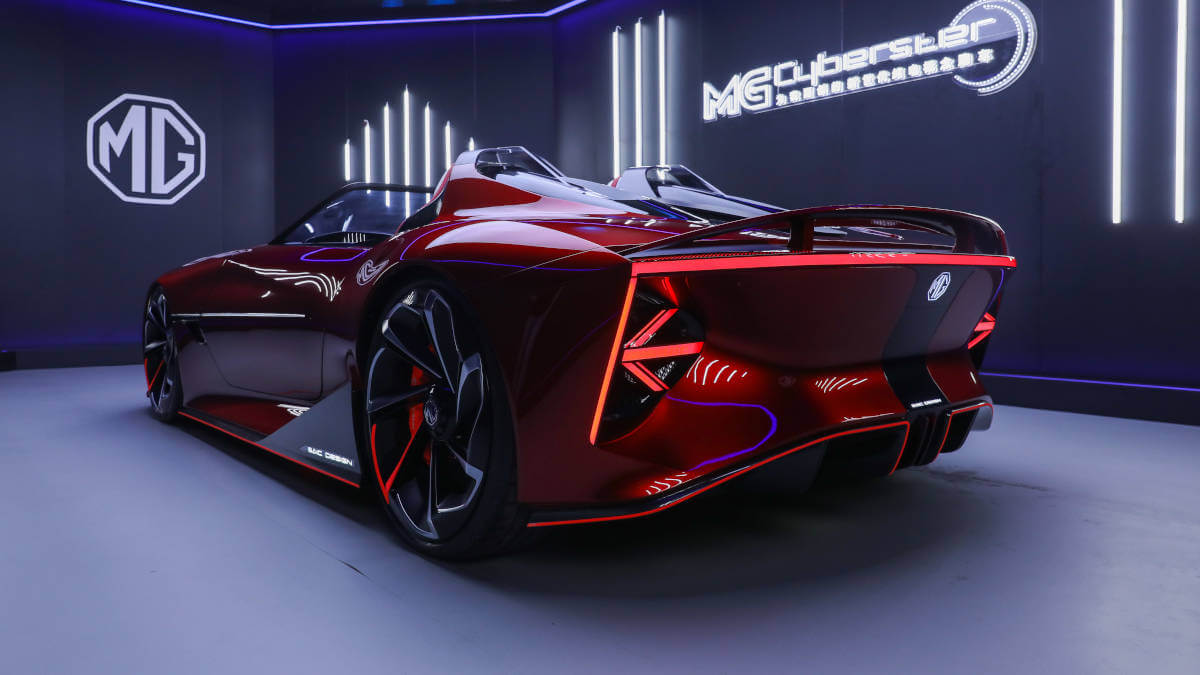 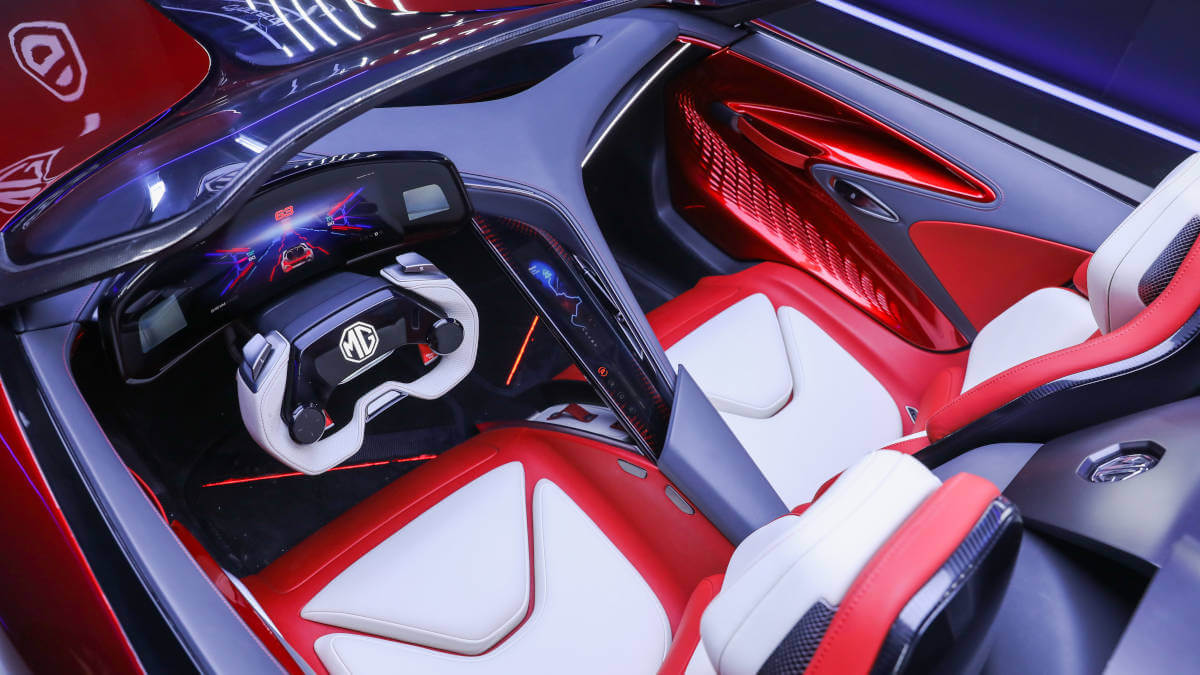 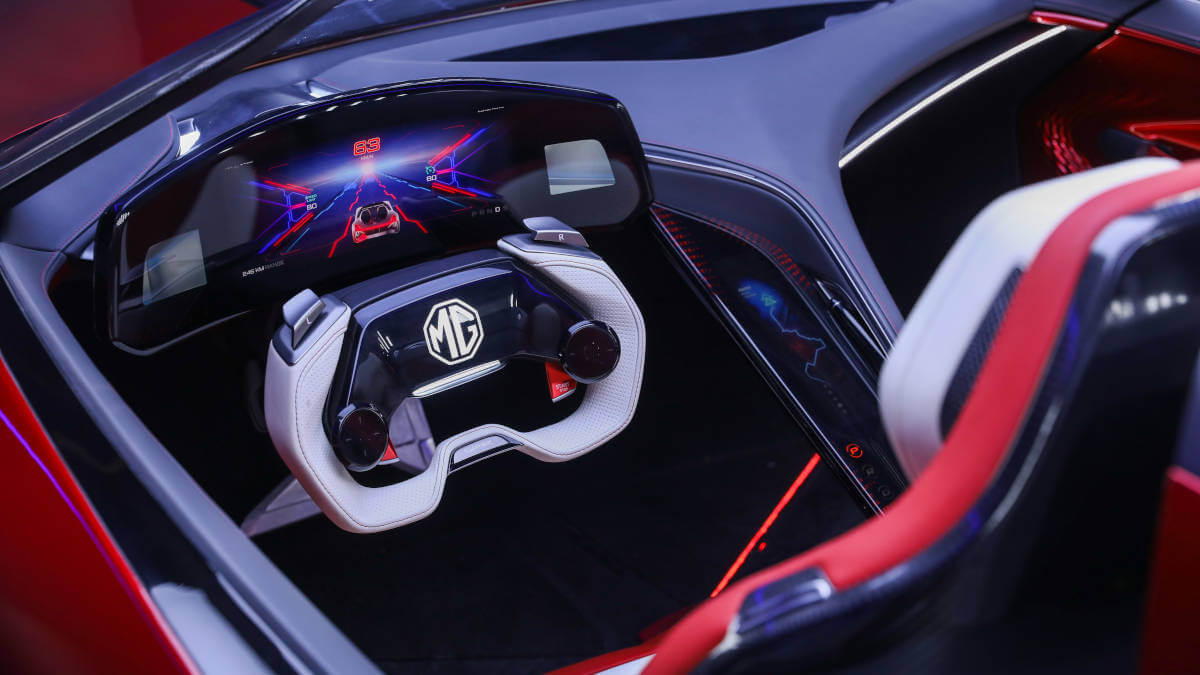 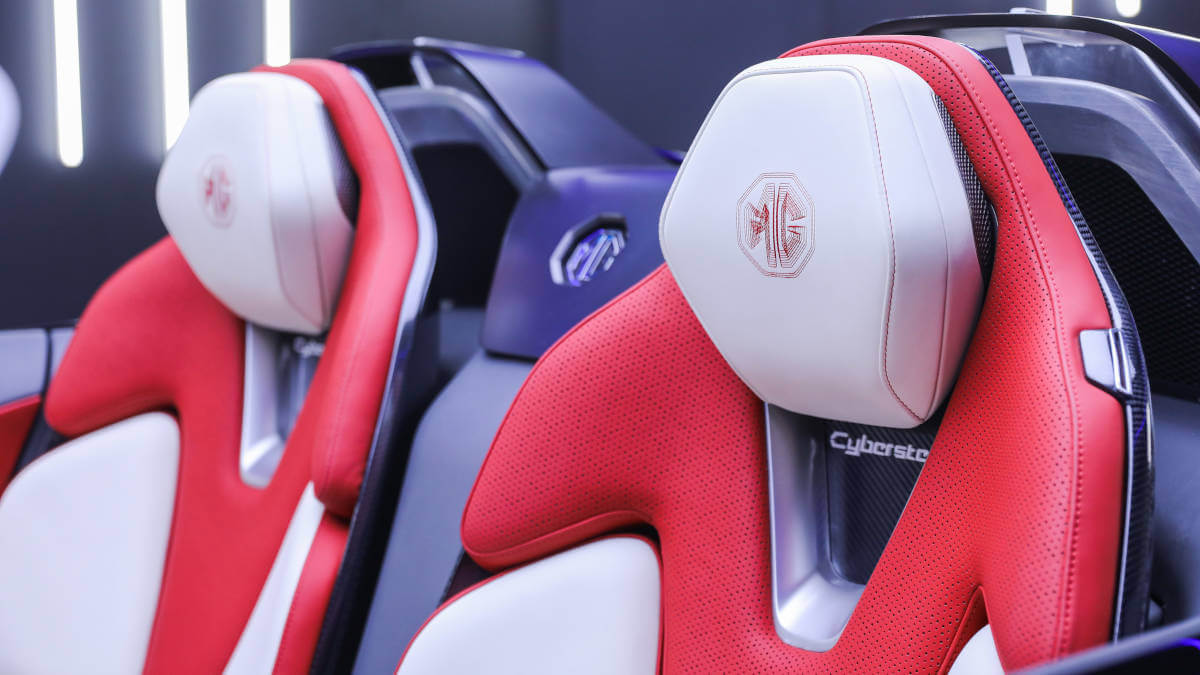 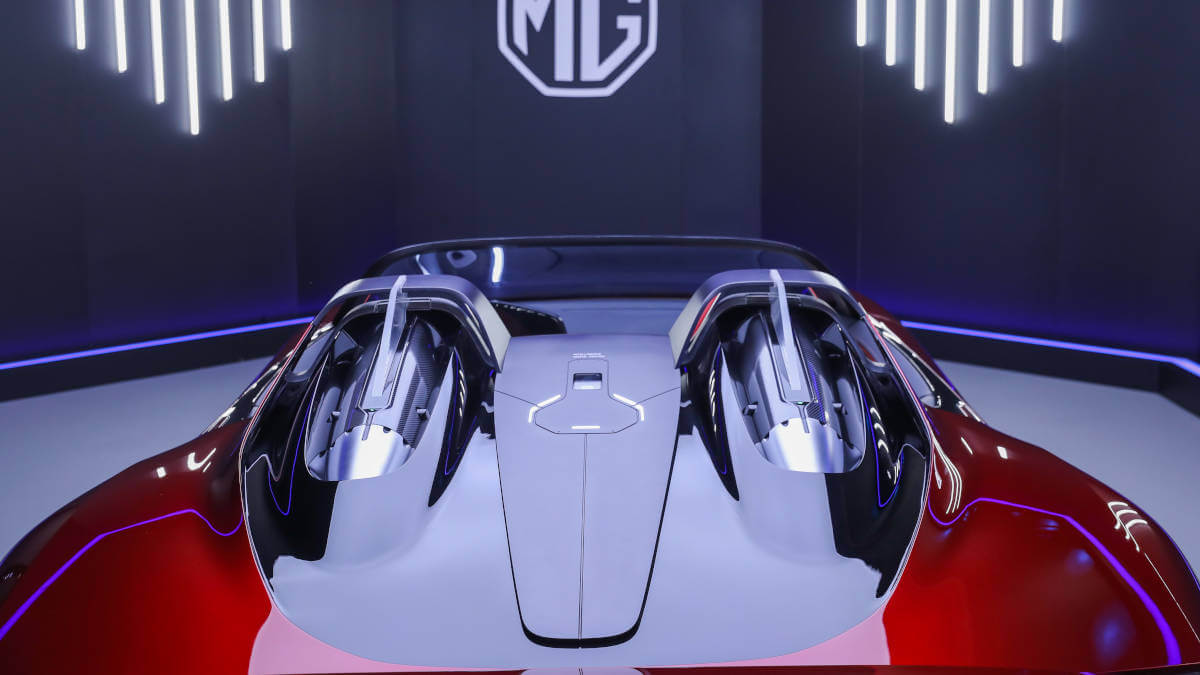 In the long run, there could even be a new sports car with the MG logo. The British brand with a Chinese parent presented a preview of this in first pictures at the end of last week. At the Shanghai Auto Show, which is scheduled to open later this month, the Cyberster will then debut in reality. Visually, the two-seater roadster takes some details from the classic MGB. These include the round headlights, the air intake below the front brand logo and the accentuated fenders. When the lights are off, an interactive ‘Magic Eye’ eyelid lowers over the headlights. With the shape of the taillights, the Cyberster not only clearly indicates the direction in which the driver wants to turn, but also somewhat quotes the Union Jack. The study is powered by a new electric platform that enables a range of 500 miles. For the acceleration, MG claims a time of under three seconds from zero to 60 mph.