Just recently, we presented the latest versions of the Ford GT here, which will be produced in a limited edition at Multimatic in Canada until 2022. So far there have only been small modifications like exhaust systems, rims and interior parts available from tuning companies. Mansory is now setting a monument to the vehicle by launching an independent complete conversion called ‘Le Mansory’ for the 30th anniversary of the company. It is not by chance that the name reminds of the most famous endurance race in the world. After all, the famous ancestor of the Ford GT, the GT40, won Le Mans four times in a row. The current GT was also honored here when it crossed the finish line victoriously in the GT Pro category in 2017. As Le Mansory, the car comes close to a race car in some places, although in our opinion the German tuner overshoots the mark a little in some areas.

Apart from the doors, the GT is fitted with all-new carbon fiber body panels, which allow it to grow by five centimeters in width on both sides. This means that the wheel arches can accomodate 9-inch wide wheels at the front and 12-inch wide wheels at the back, in a 21-inch size in the ‘YN.5’ design and covered in Continental Sport Contact 6 tires. The entire front end is fundamentally different from the basic vehicle. Mansory had new LED headlamps developed especially for this vehicle, each of which is divided into two individual lenses. Air inlets and outlets were enlarged generously, whereby a three-dimensional carbon structure is used behind the outlets for the first time, and new louvres were integrated above the front wheels to ventilate the wheel arches. On the roof, two ducts provide additional fresh air to the engine. Side flics at the front, new sill trims, a fixed rear wing and various other aerodynamic parts significantly increase downforce. Since the production car has an extendable rear wing with a corresponding recess at the rear, the new Le Mansory body panels show an independent design including a new arrangement of the three large exhaust tailpipes. 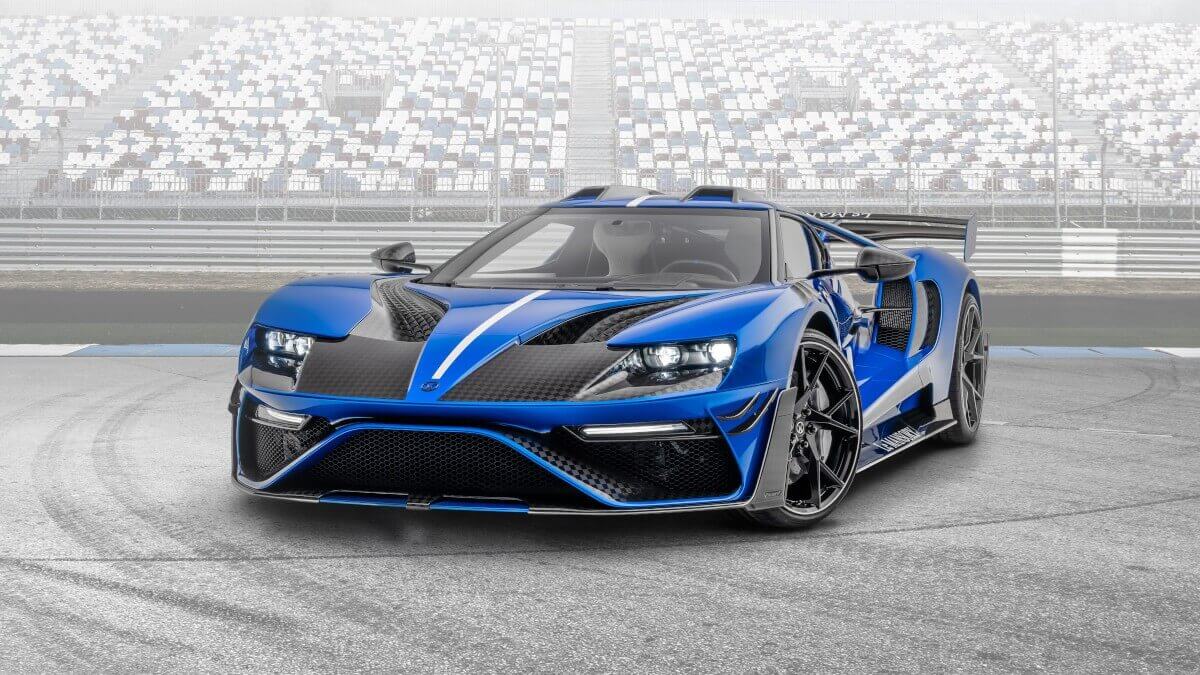 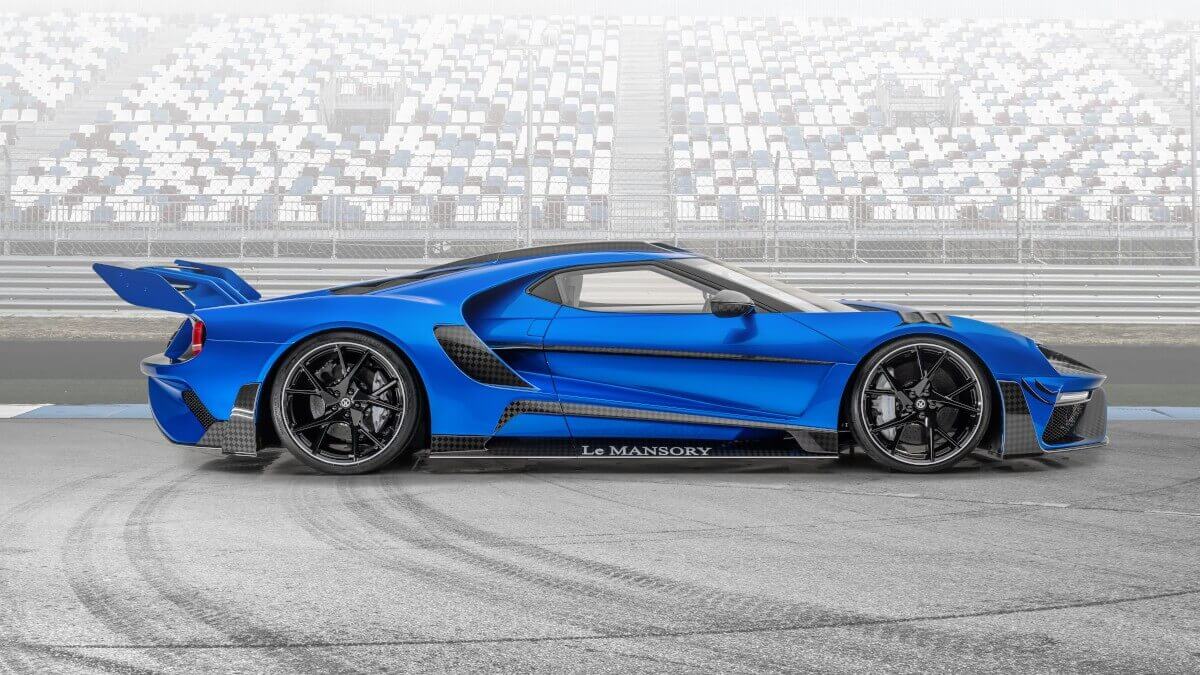 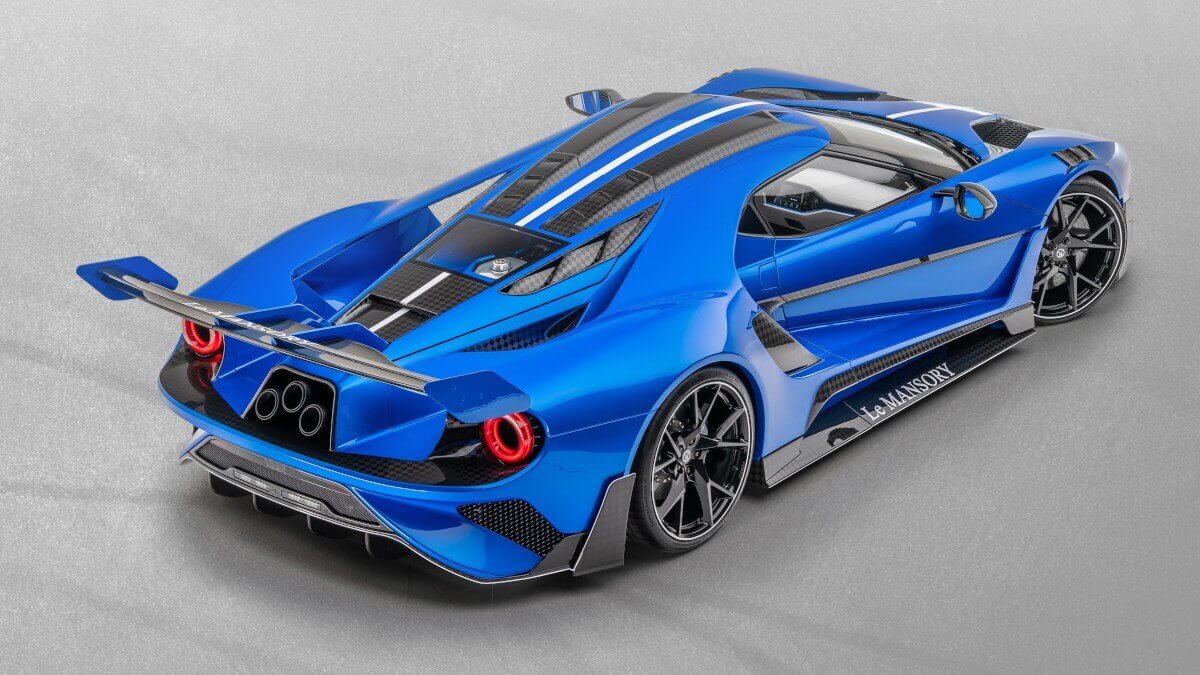 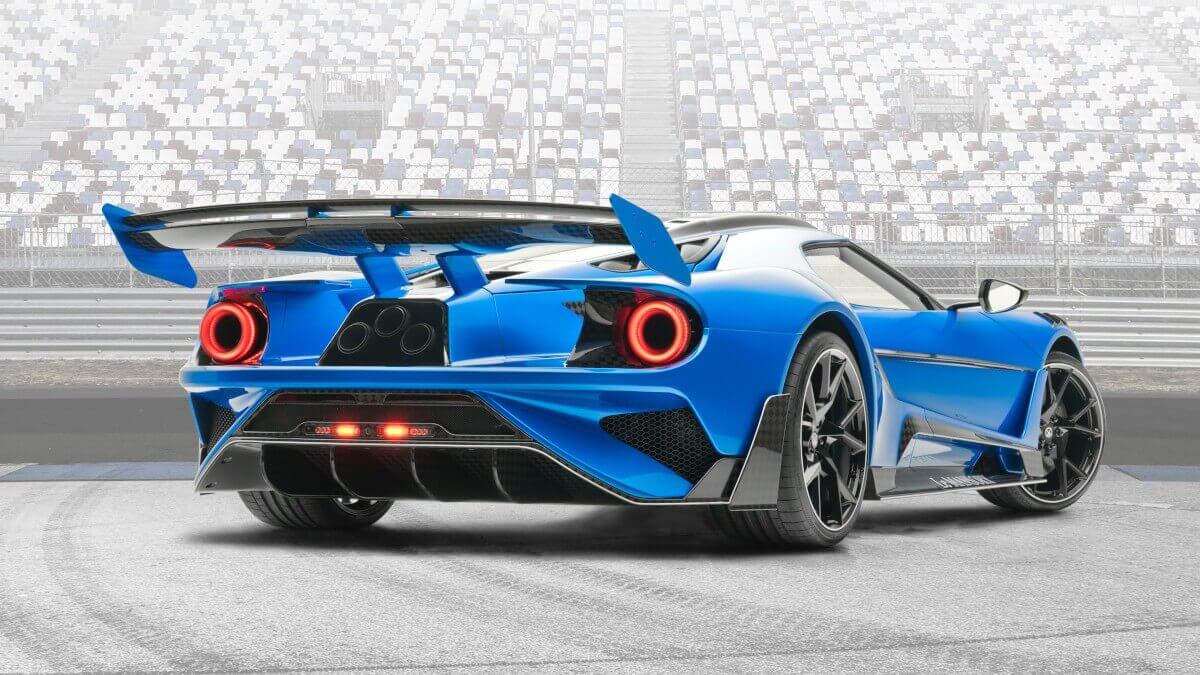 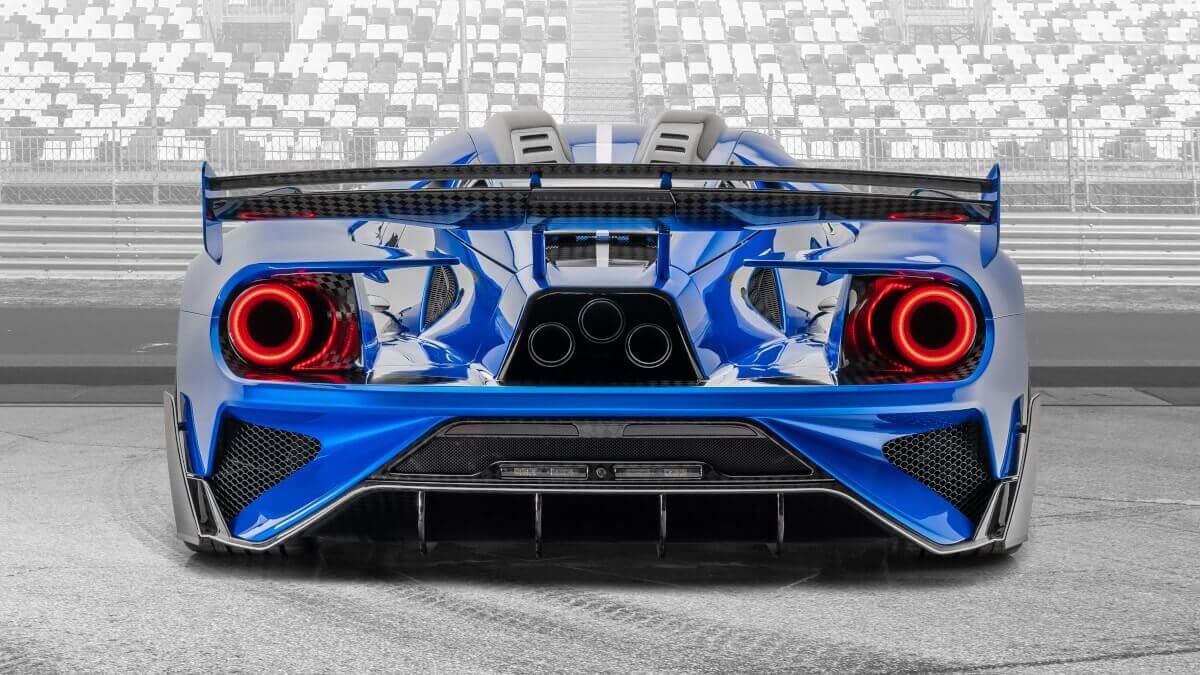 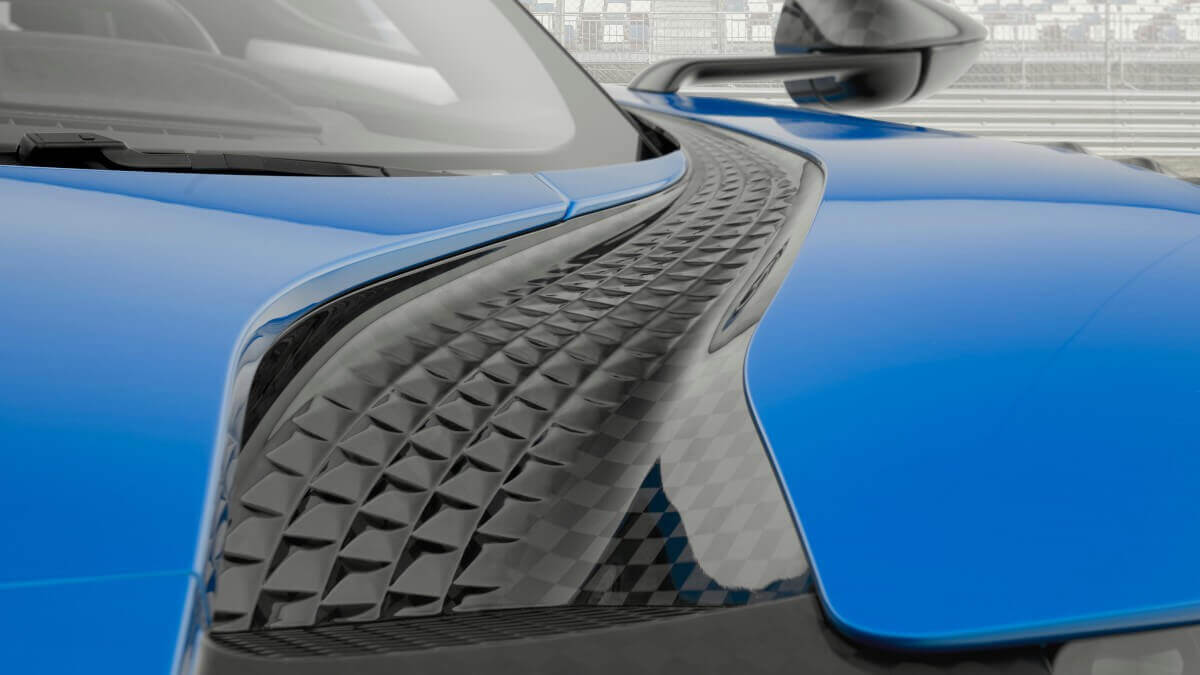 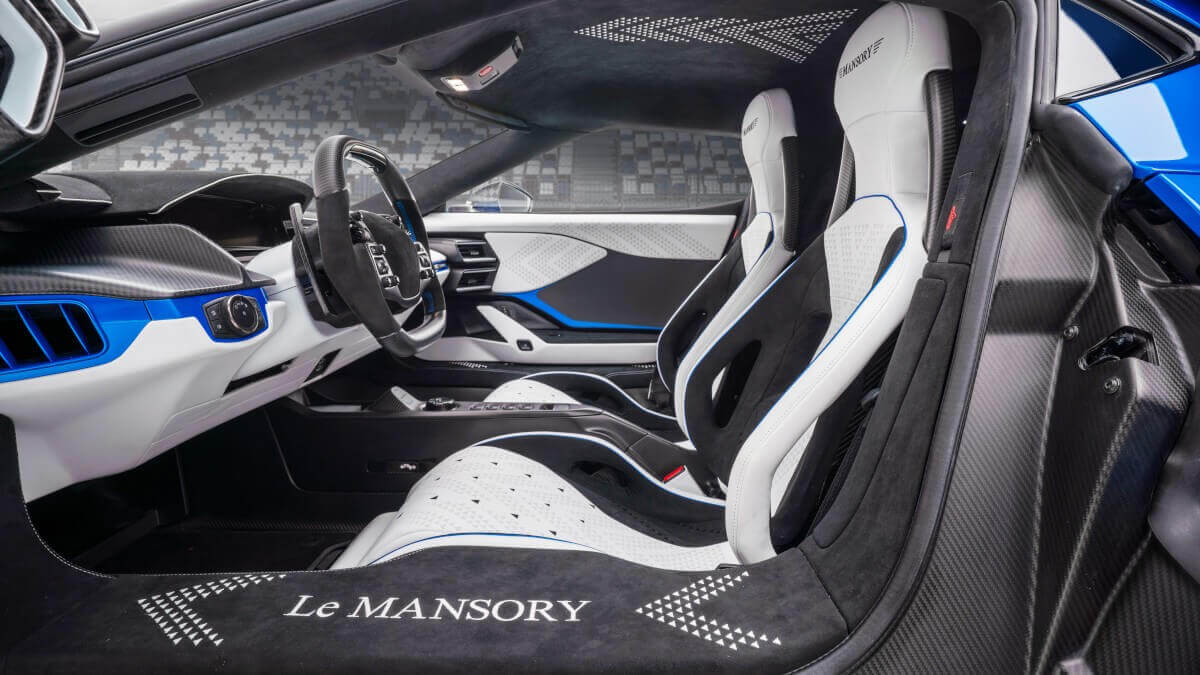 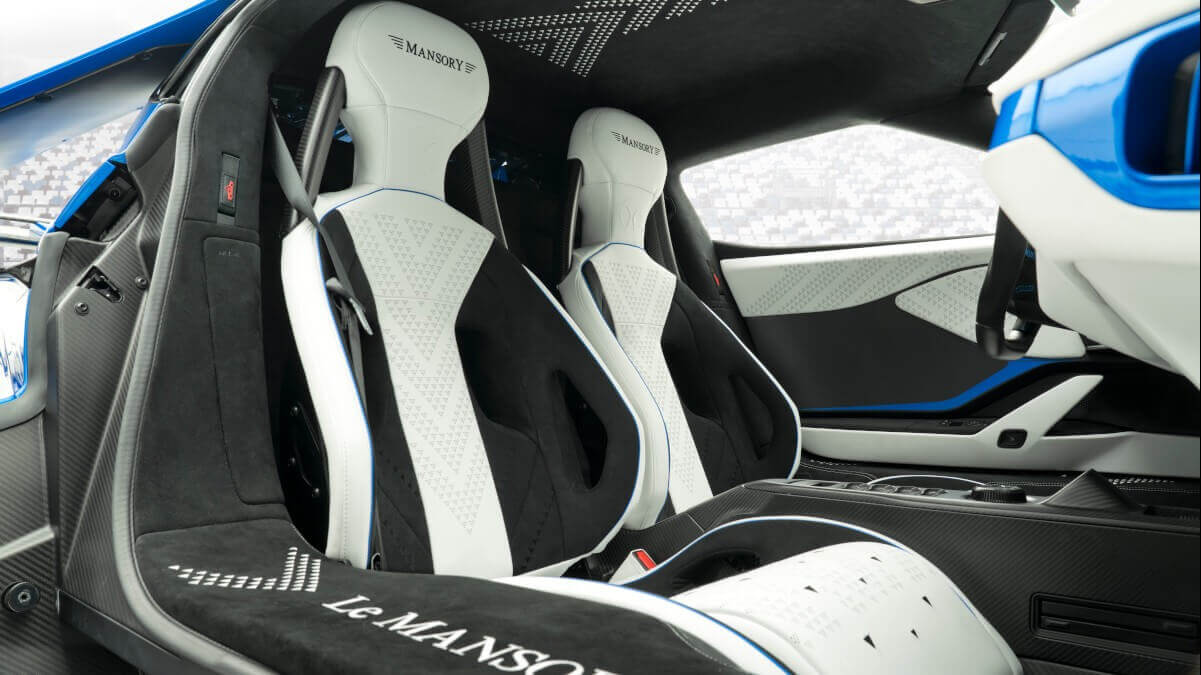 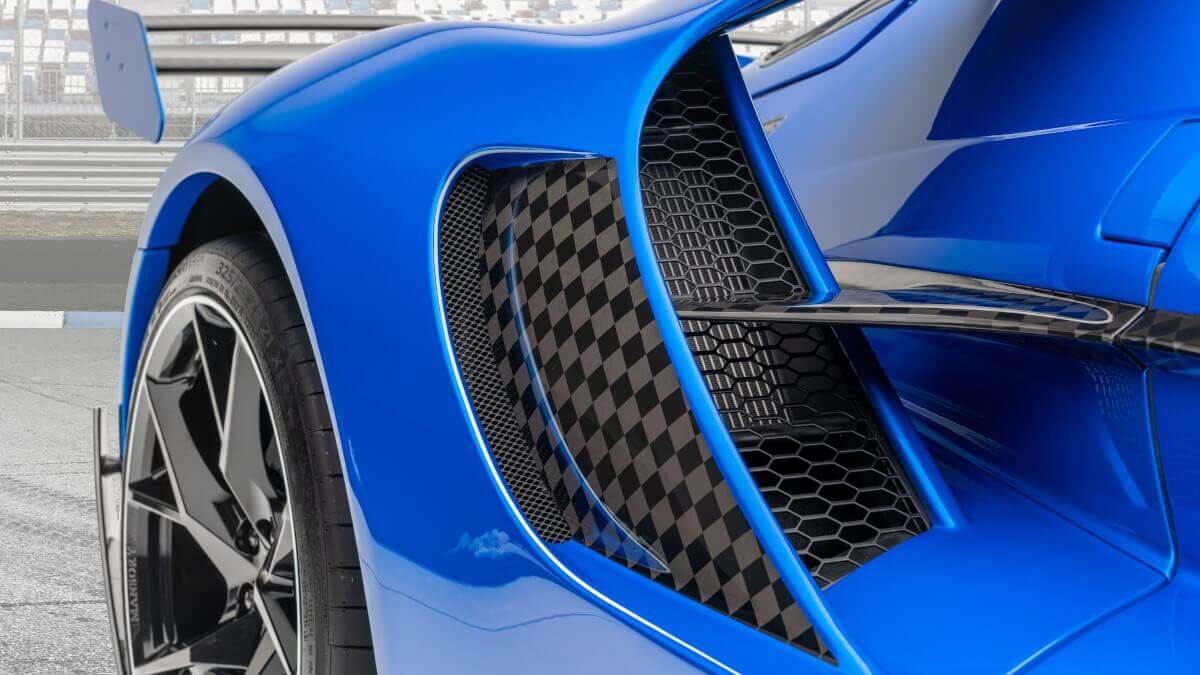 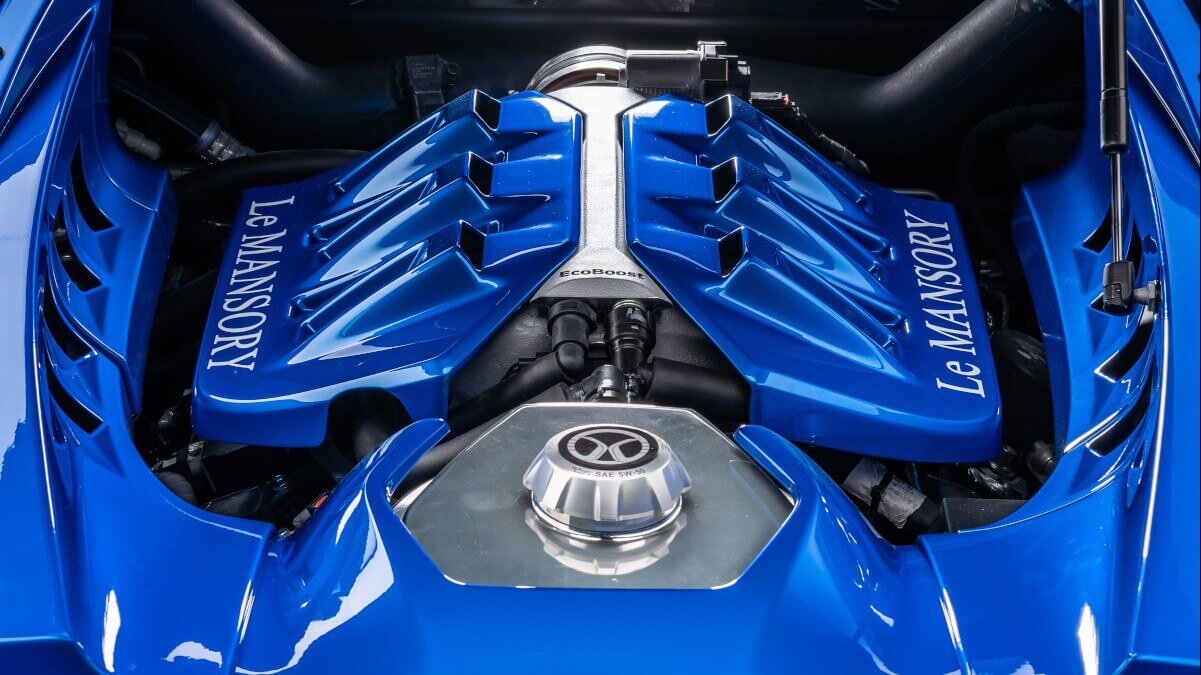 For the interior, Mansory’s in-house saddlery created an independent concept, in which almost all components were newly covered. Black and white Alcantara is used here together with blue accents and decorative stitching in black and white. In this way, it fits in best with the ‘Bleurion Race’ paintwork and dark grey carbon details.

The 3.5-liter V6 biturbo engine behind the passengers will be upgraded by Mansory through modifications to the engine management system. Thus, the output increases from the standard 483 kW/656 hp to 522 kW/710 hp, while the maximum torque rises to 840 newtonmeters. This is sufficient to increase the topspeed to 354 kph (220 mph). A total of only three examples of the Le Mansory will be built.