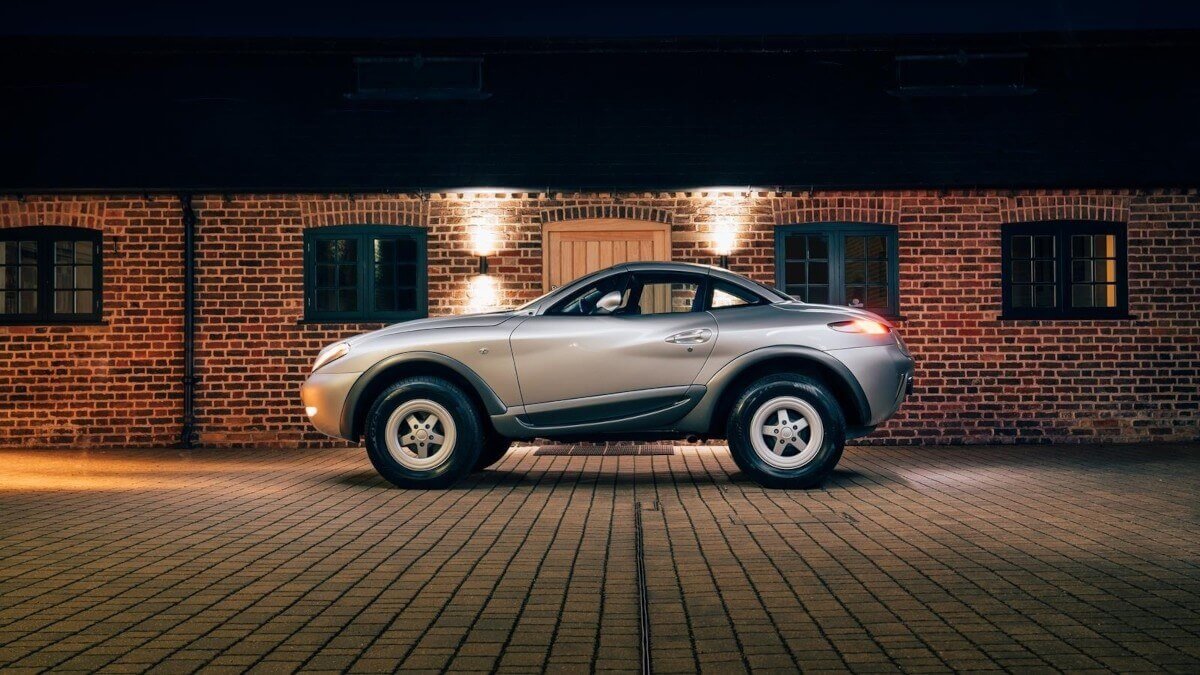 The French company Heuliez isn’t known to many car fans, which is actually surprising, as it existed from 1920 to 2013 and produced many well known vehicles during this time. However, as this was always done on behalf of large car manufacturers, these models aren’t necessarily associated with Heuliez. In the first five years after the company was founded, Adolphe Heuliez and his team produced horse-drawn carriages, but then switched to the development and production of car bodies. They started with the Peugeot Type 177B. From 1937, buses were also added to the range. After World War 2, the company remained true to its cooperations with Peugeot and Citroën, but didn’t shy away from further tasks for brands such as Renault or Opel. Known projects include the Peugeot 604, 205 T16 and 206 CC, the Citroën BX Break, BX 4TC, XM Break, Visa Convertible and Xantia Breal or the Renault 5 Le Car Van, but also the Opel Tigra TwinTop. Next to those, Heuliez attracted attention with independent concept cars at large car shows, but was ultimately unable to prevent bankruptcy in 2007. In 2013 the insolvency administrator broke up the company. Only the bus division still exists as a subsidiary of Irisbus.

Heuliez anticipated the future with some ideas of their concept cars. In 1998, for example, the Pregunta based on a Lamborghini Diablo was on display at the Paris Motor Show and featured a removable glass hardtop and a two-parted interior. While the driver’s area was deliberately equipped in a sporty way, the passenger got as much comfort as possible. Its design language is reflected in many modern supercars. Two years earlier, Heuliez introduced the Intruder at the same motor show, which is the main topic of our report. With this unusual car, the French manufacturer combined the resurgend roadsters, a metal folding roof and the chassis of a Mercedes-Benz G 320 SWB to create an early forerunner of today’s SUV convertibles – 19 years before the Range Rover Evoque Convertible! While the company didn’t live to see this development coming into series production, they were able to apply its findings on the metal folding roof to both the Peugeot 206 CC and the Opel Tigra TwinTop. 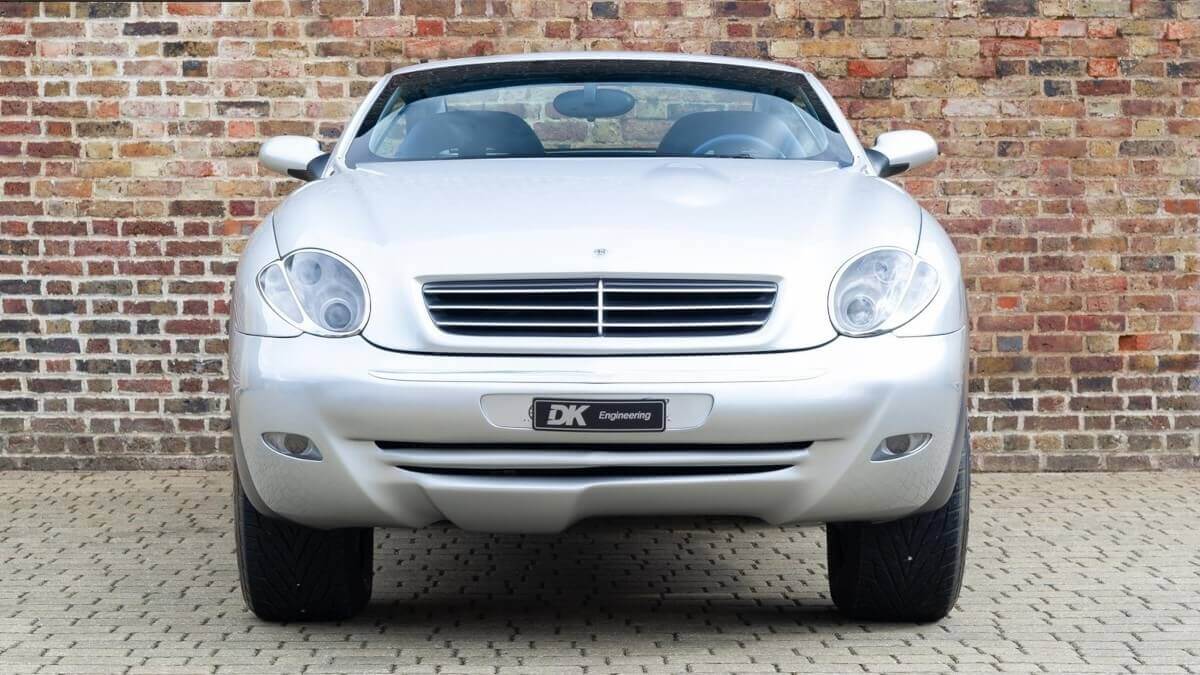 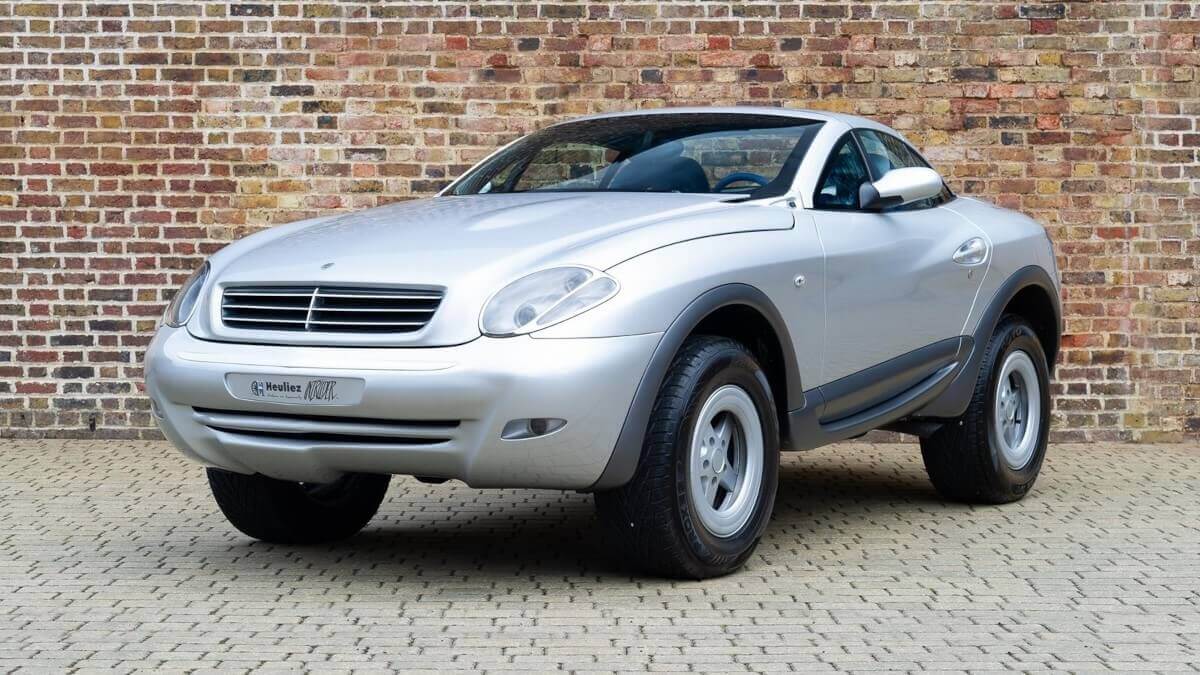 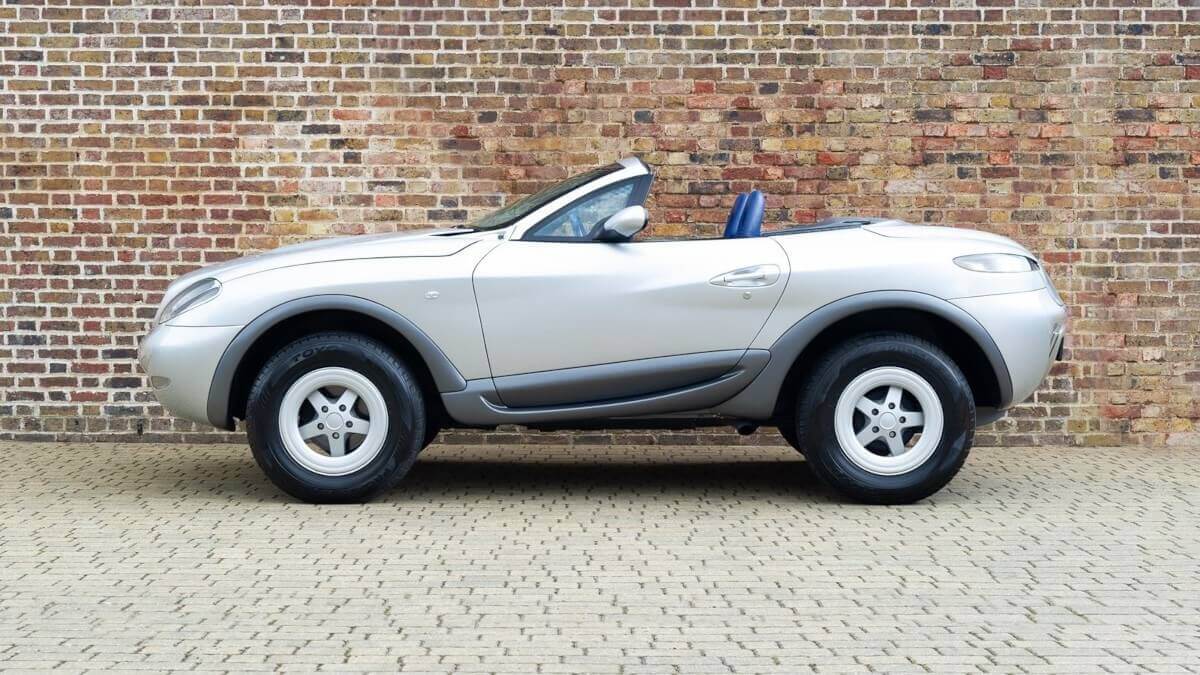 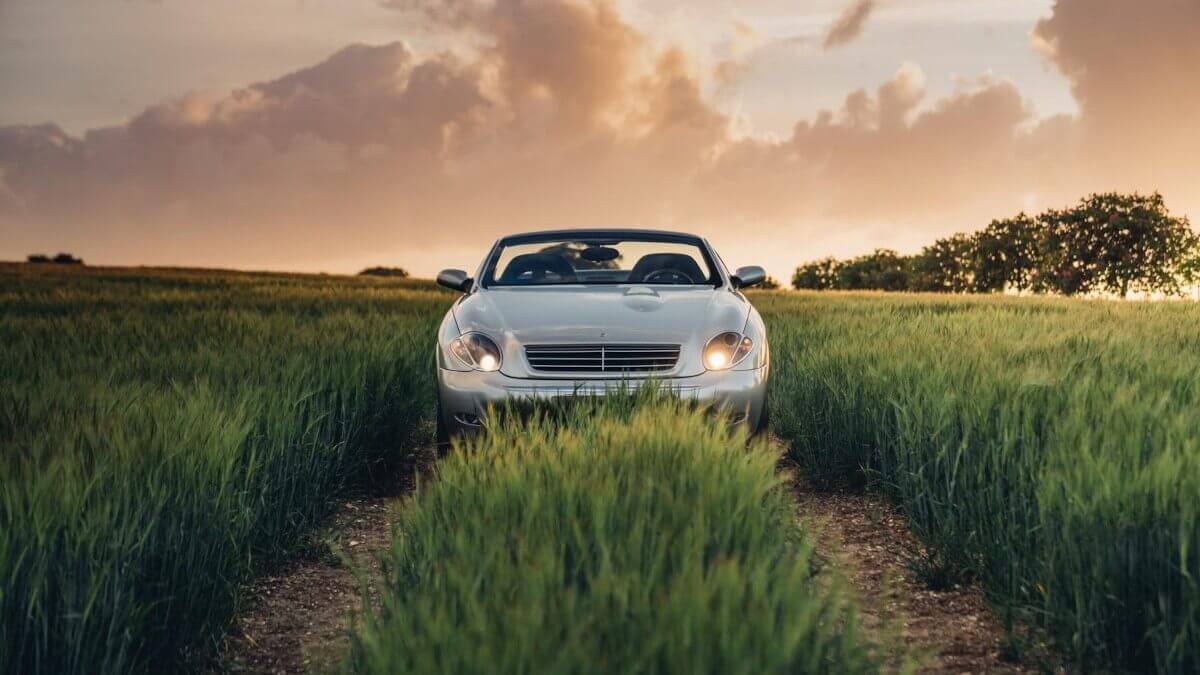 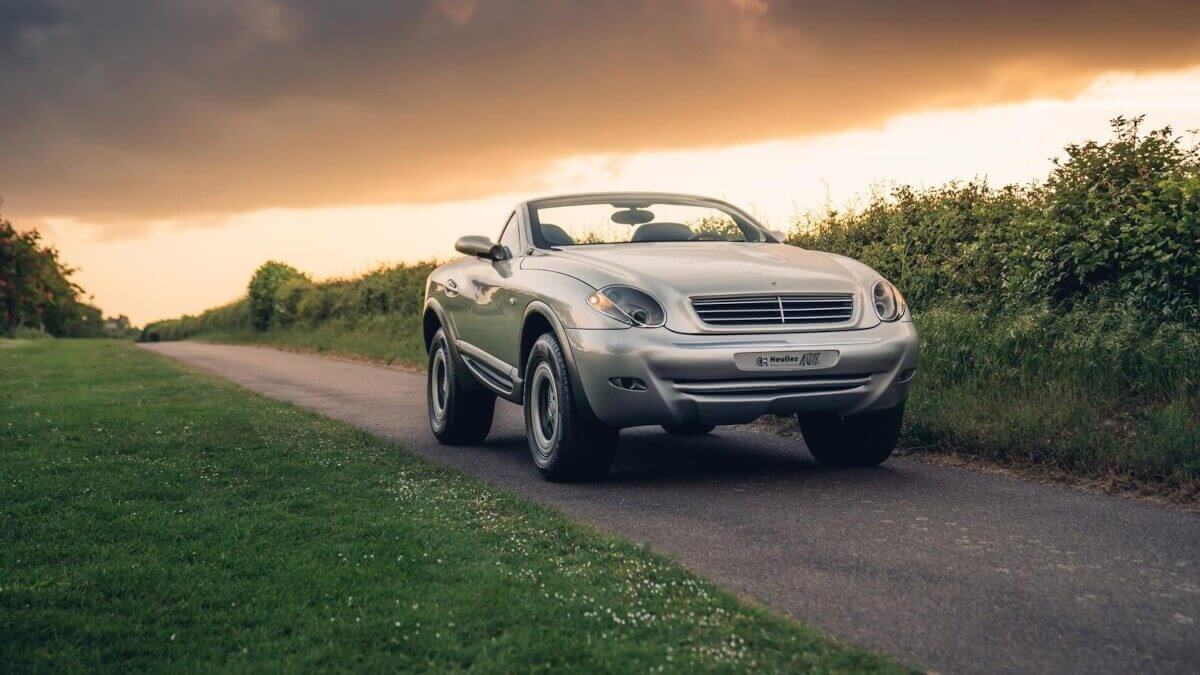 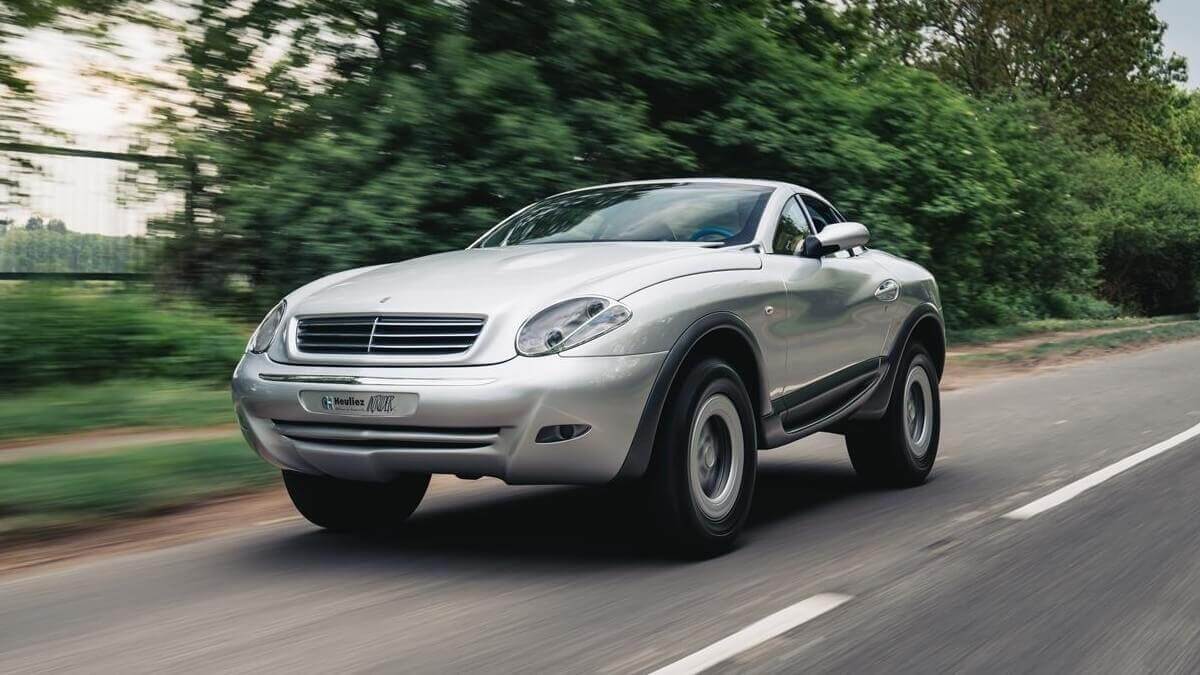 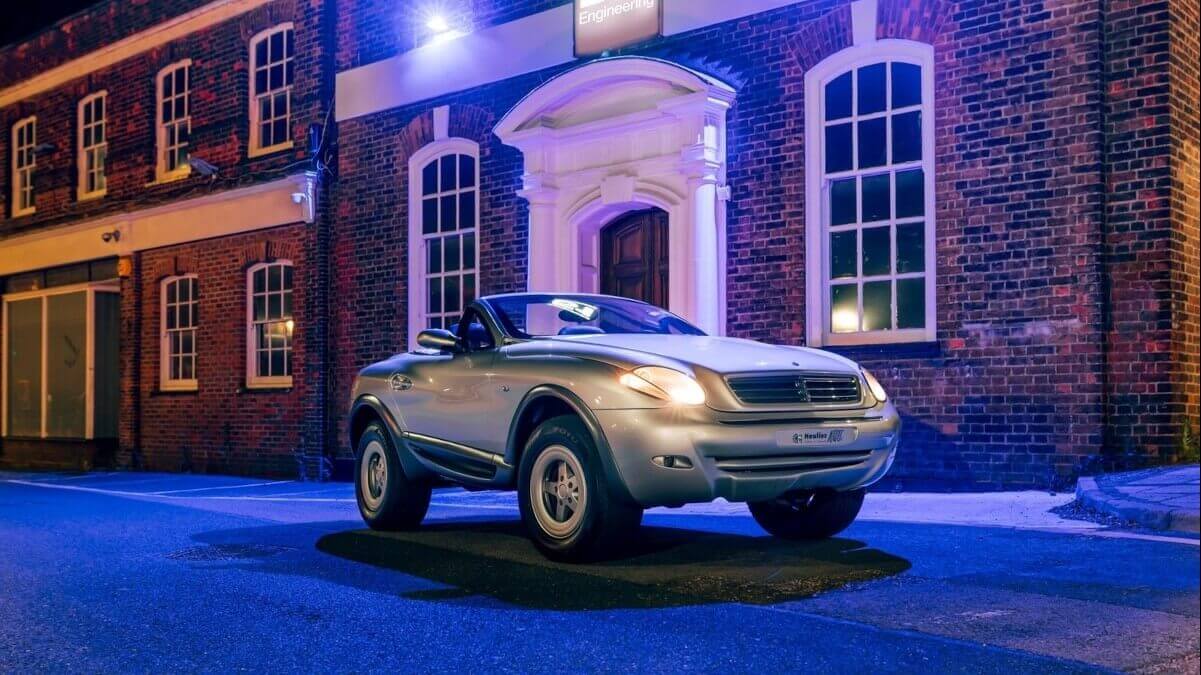 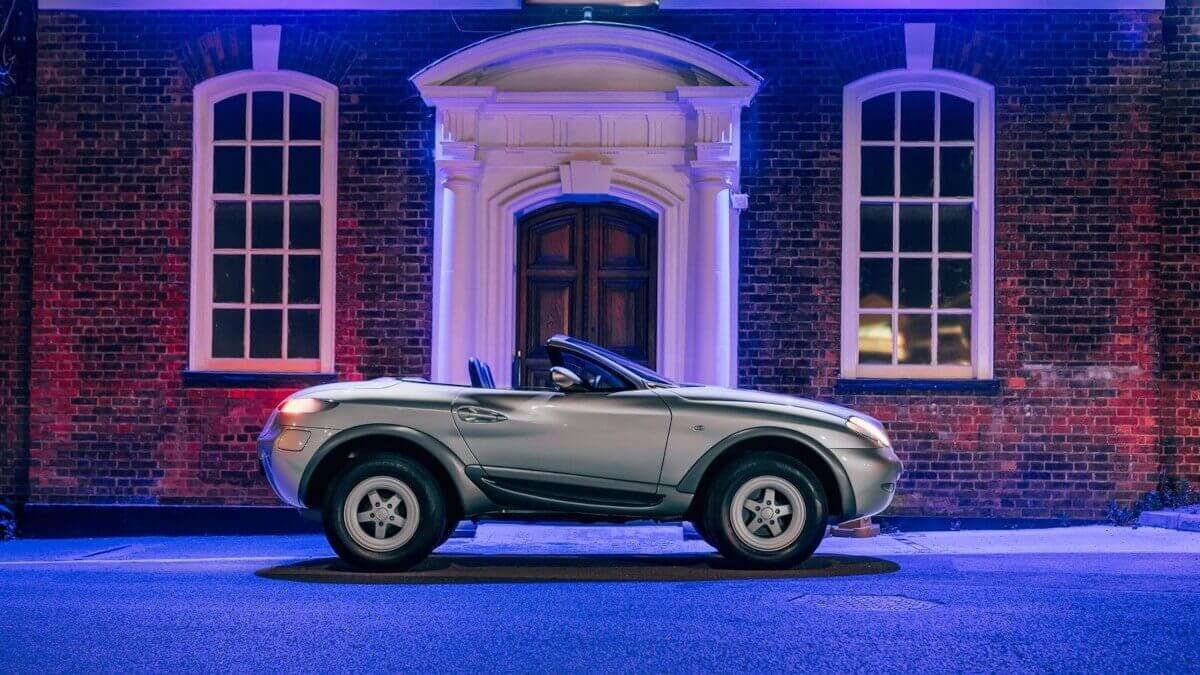 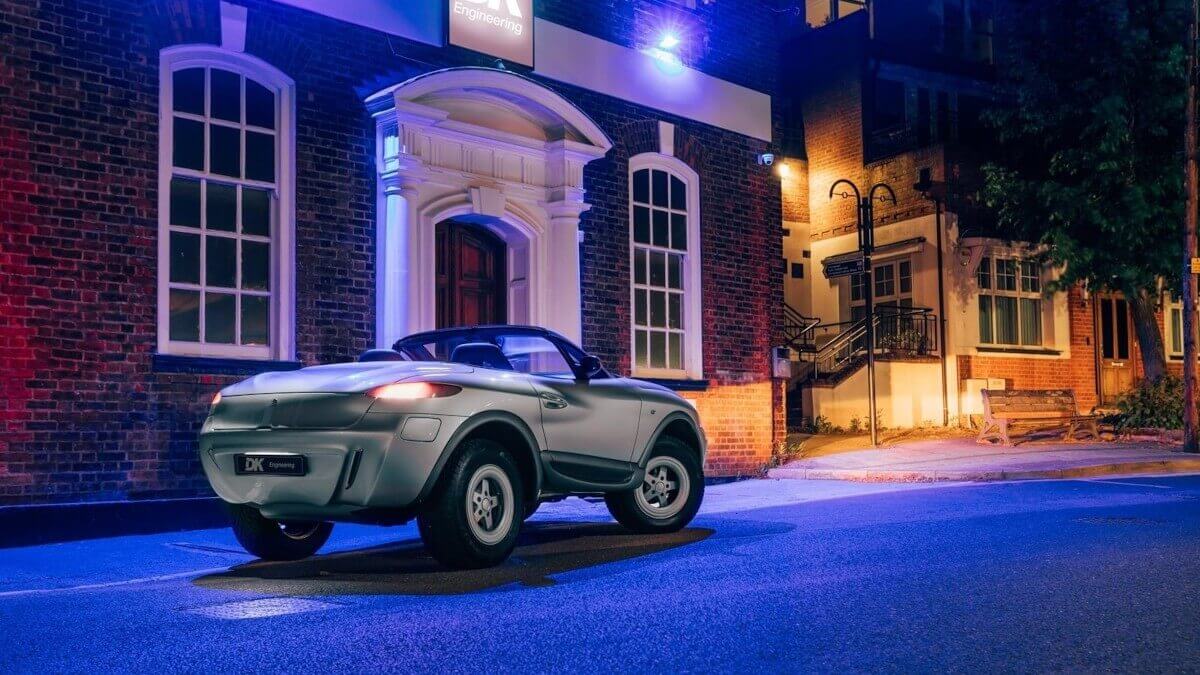 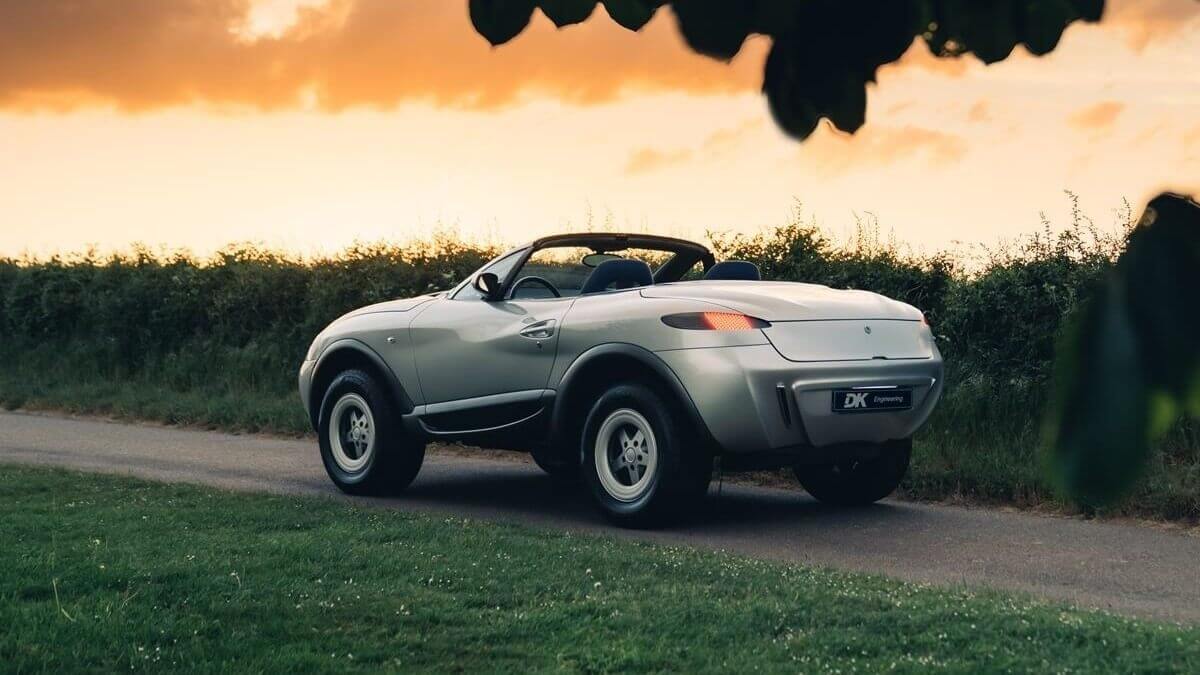 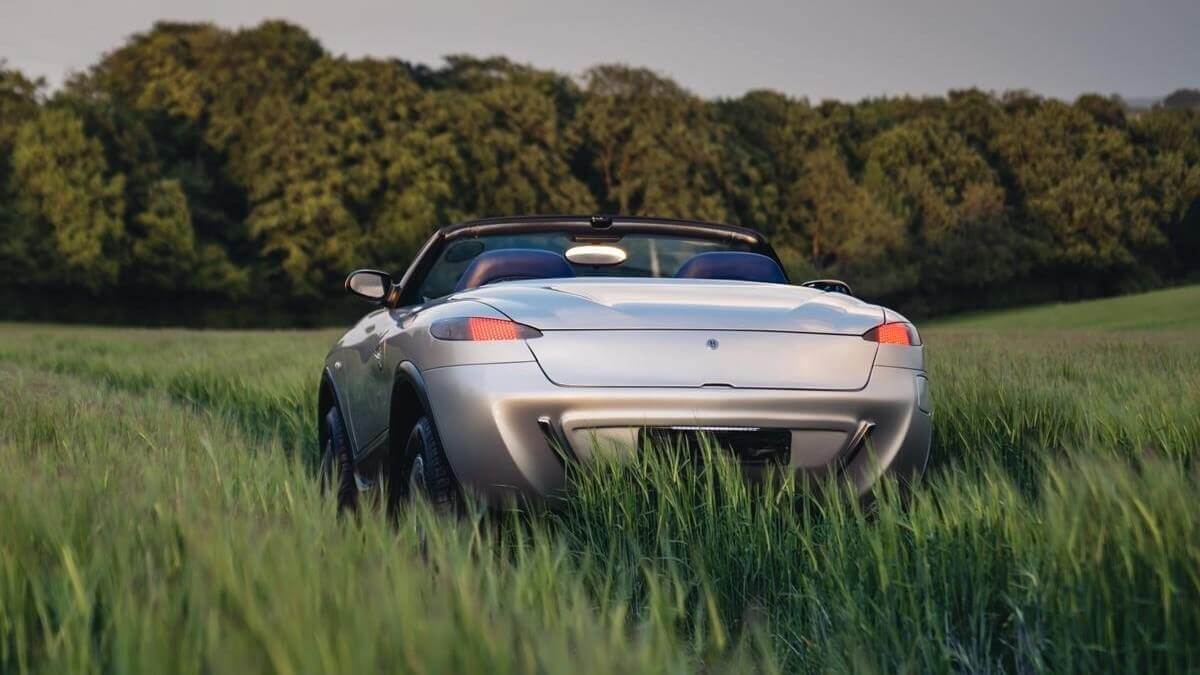 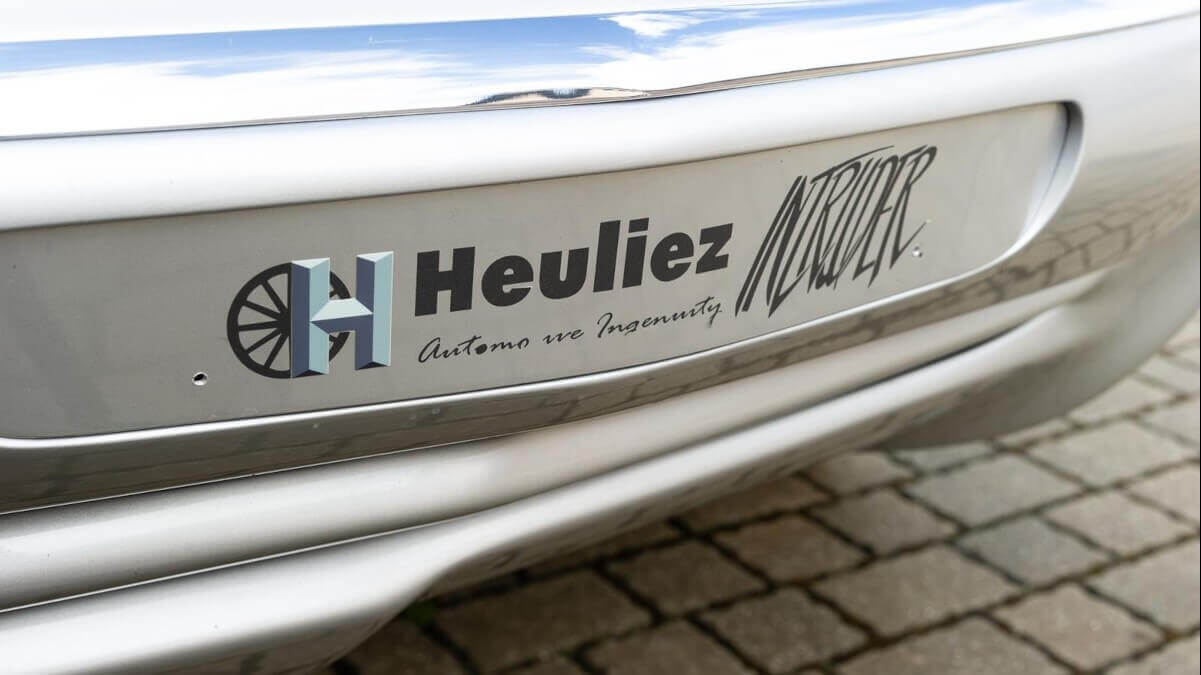 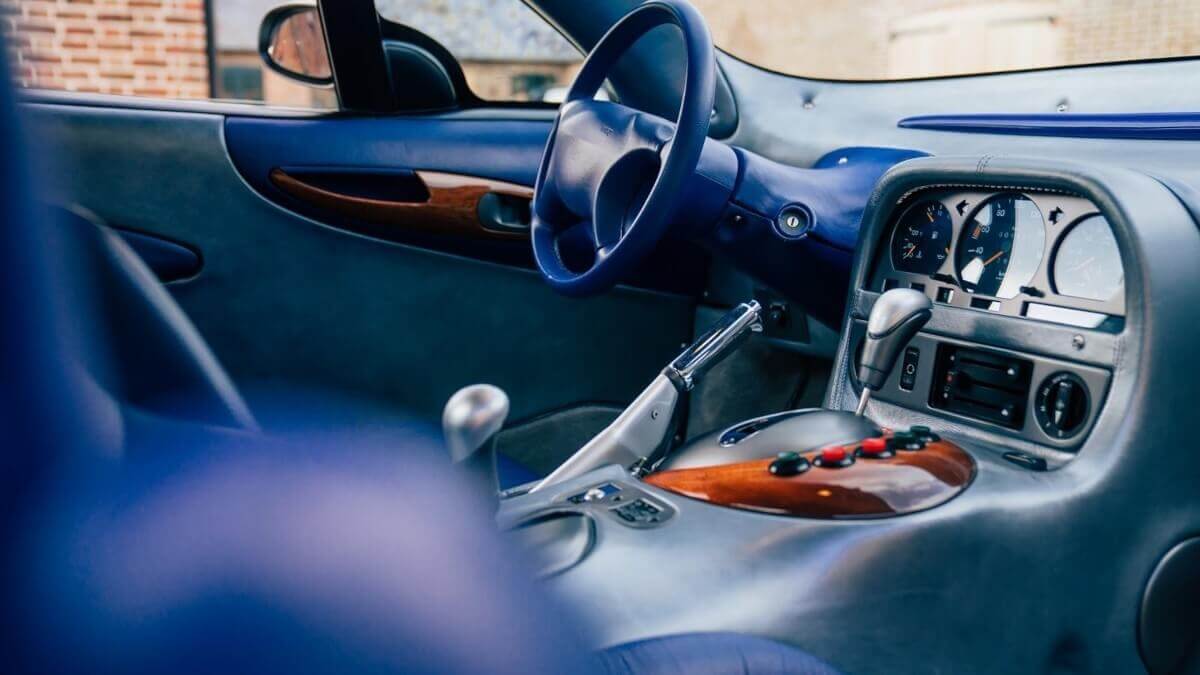 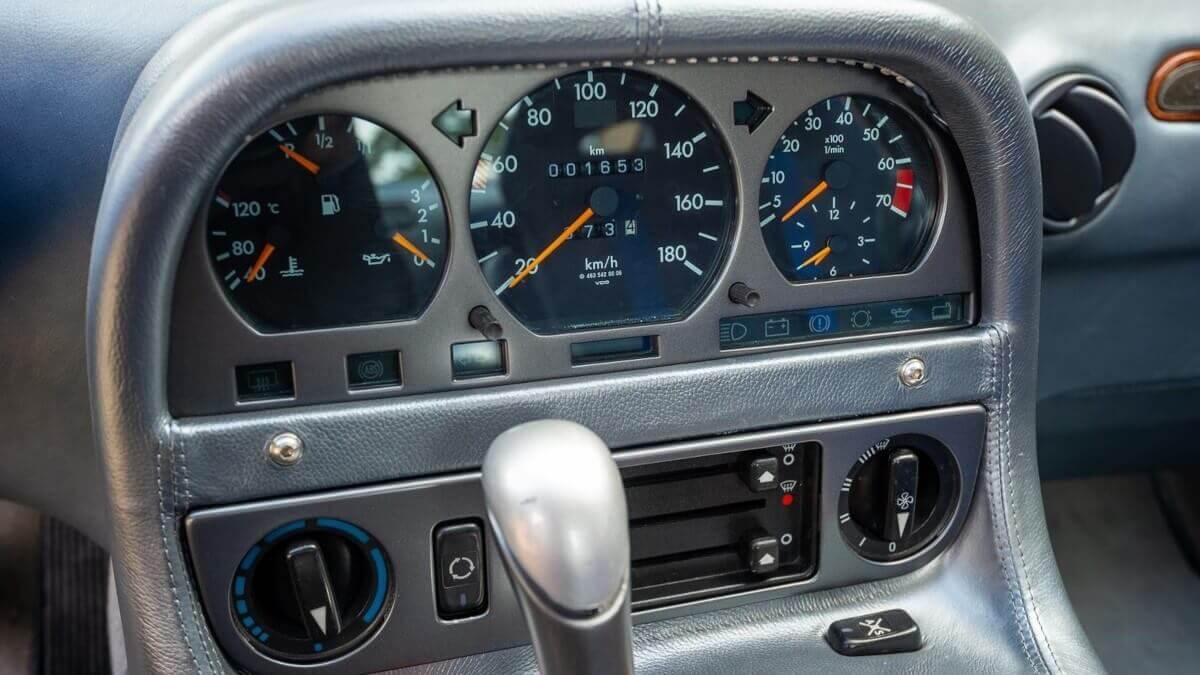 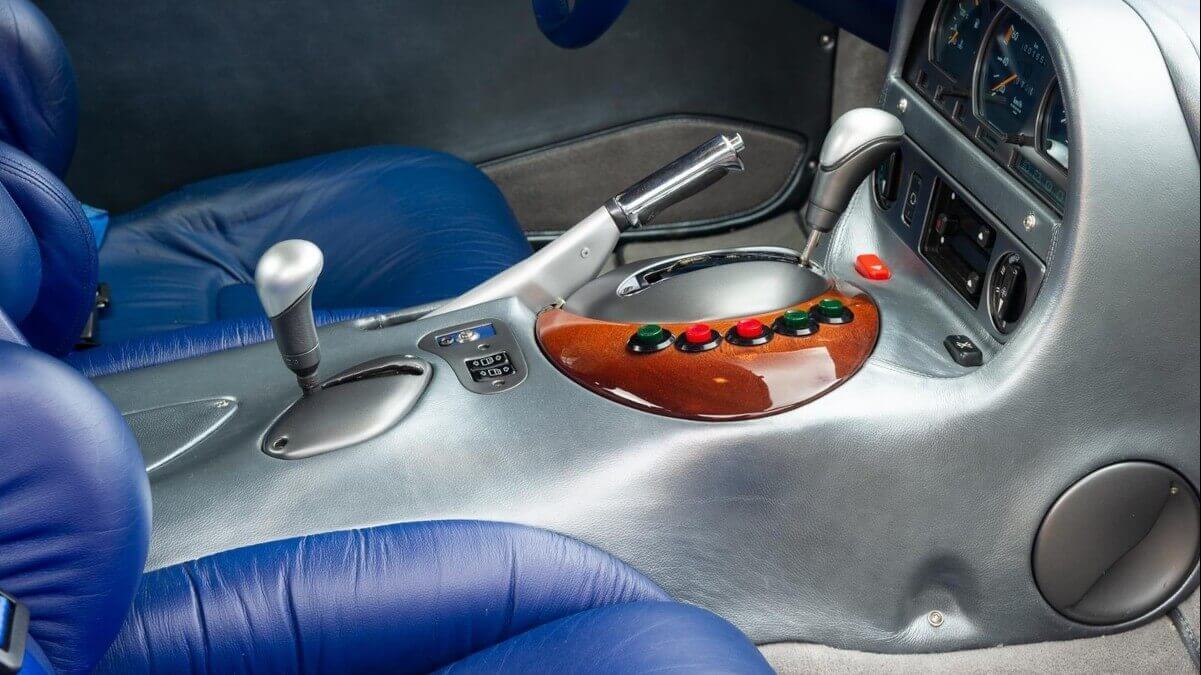 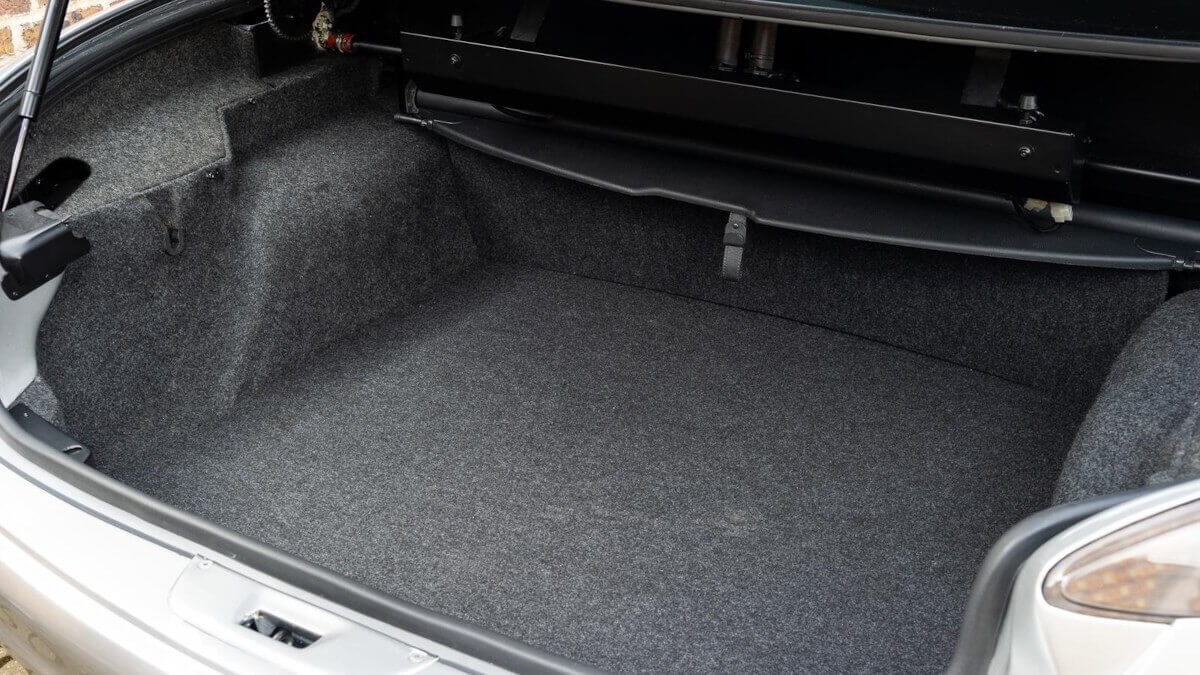 Visually, the Intruder looks a bit like a raised first generation Mercedes-Benz SLK, which debuted just about four months before this concept car. As is well known, the brand from Stuttgart produced the first modern, mass-produced vehicle with a metal folding roof, after this concept had been tried out by Peugeot in the 1920s as well as by some US manufacturers in the 1950s and 60s, but was ultimately rejected after only a few vehicles had been built. With the Heuliez, the roof opens and closes within 30 seconds at the touch of a button. Under the bodywork is the unchanged chassis of a short G 320, from which the Intruder also took over the drive technology. This means that 154 kW/210 hp from six cylinders with 3.2 liters displacement provide the propulsion, which is transferred to the permanent four-wheel drive via a four-speed automatic. The G’s lockable differentials are also on board. Grey and blue leather covers almost all components with the exception of the surrounding of some control buttons on the center tunnel and the edging of the door handles. Here Heuliez used a burl wood look. The sports bucket seats were fitted with fold-down armrests on both sides.

After the world premiere, where the car was shown in silver with blue interior, repainting to white, then to red and finally back to the original silver was carried out over the following years in order to demonstrate the capabilities of the Heuliez company at other car shows and events. Currently the Intruder is available for sale at the British car dealer DK Engineering. The previous owner had the concept car extensively restored, for which invoices totalling 280,000 € are available with the vehicle. This ensures that all functions of the one-off car work as intended and also that the engine is in the best possible condition. Heuliez couldn’t start a planned series production because of lack of capacity. Therefore, the plans and sketches were sold to OPAC in the Italian town Rivalta di Torino, where until 1999 five copies of the Contender XG with a fixed roof, slightly modified exterior and completely own cockpit were produced for a base price of at least 240,000 DM. DK Engineering now offers the original SUV convertible Heuliez Intruder for £ 174,995 (or 191,995 €).