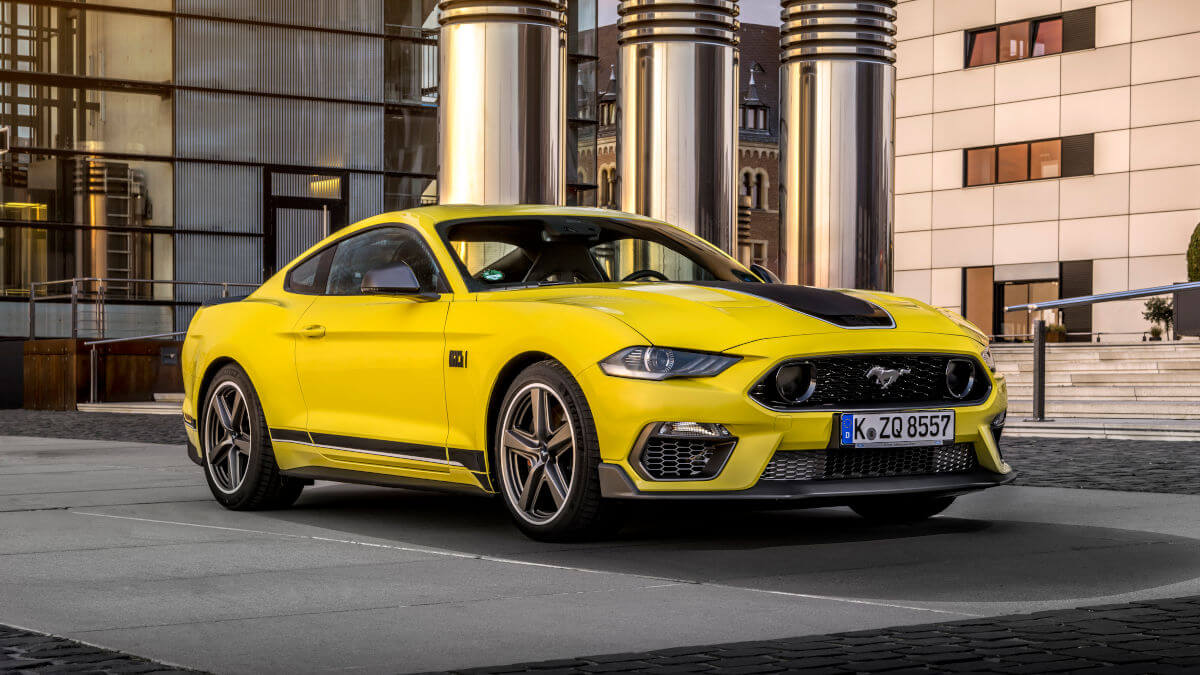 For the first time in model history, Ford officially brings the Mustang Mach 1 to Europe. The new edition celebrates its world premiere during the Goodwood Speed Week this weekend. The history of this variant goes back to the year 1969. At that time the Mach 1 was one of three performance packages alongside the Boss 302 and the Boss 429, but ranked below the Shelby offshoots.

Also on the basis of the current Mustang generation, the Mach 1 exclusively receives the largest available engine. This V8 generates 338 kW/460 hp from five liters of displacement. The 87 millimeter throttle valves and the intake system are taken from the Shelby GT350, as is the external oil cooler. Customers can choose between a new six-speed manual transmission from TREMEC with an intermediate throttle function when downshifting or a ten-speed automatic transmission. Standard equipment, on the other hand, is the MagneRide chassis with adapted sports springs, anti-roll bars and suspension elements. Independent tuning is also used for the electronic power steering system (EPAS). A mechanical differential lock is fitted on the rear axle. 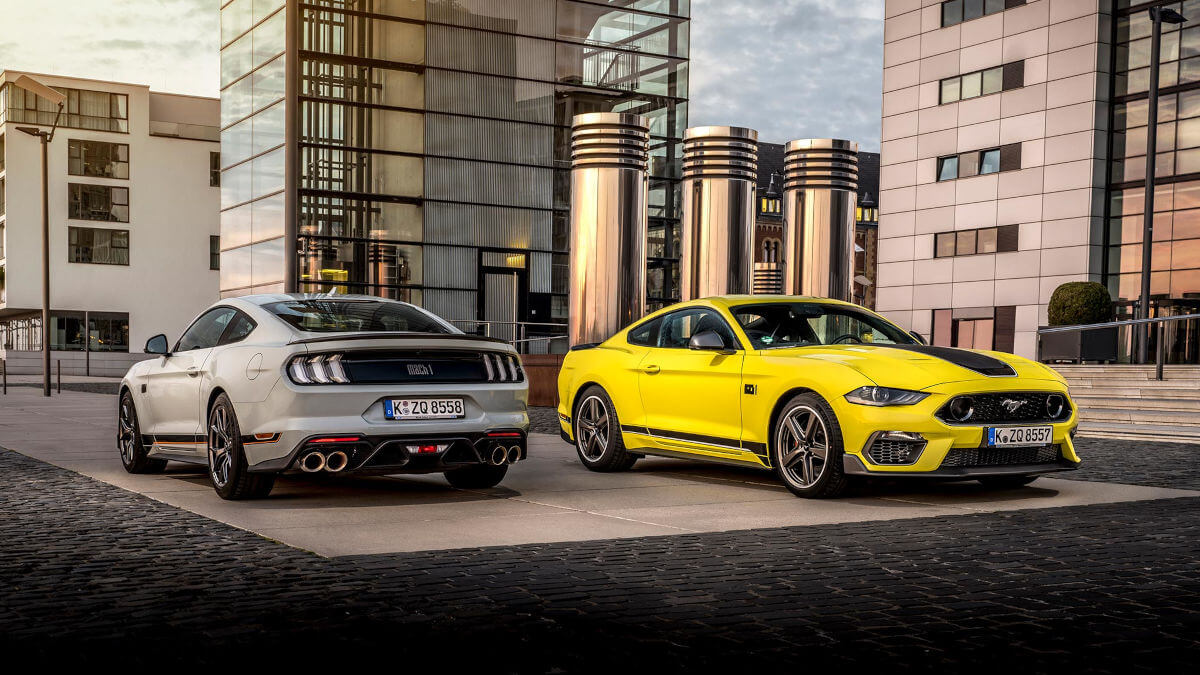 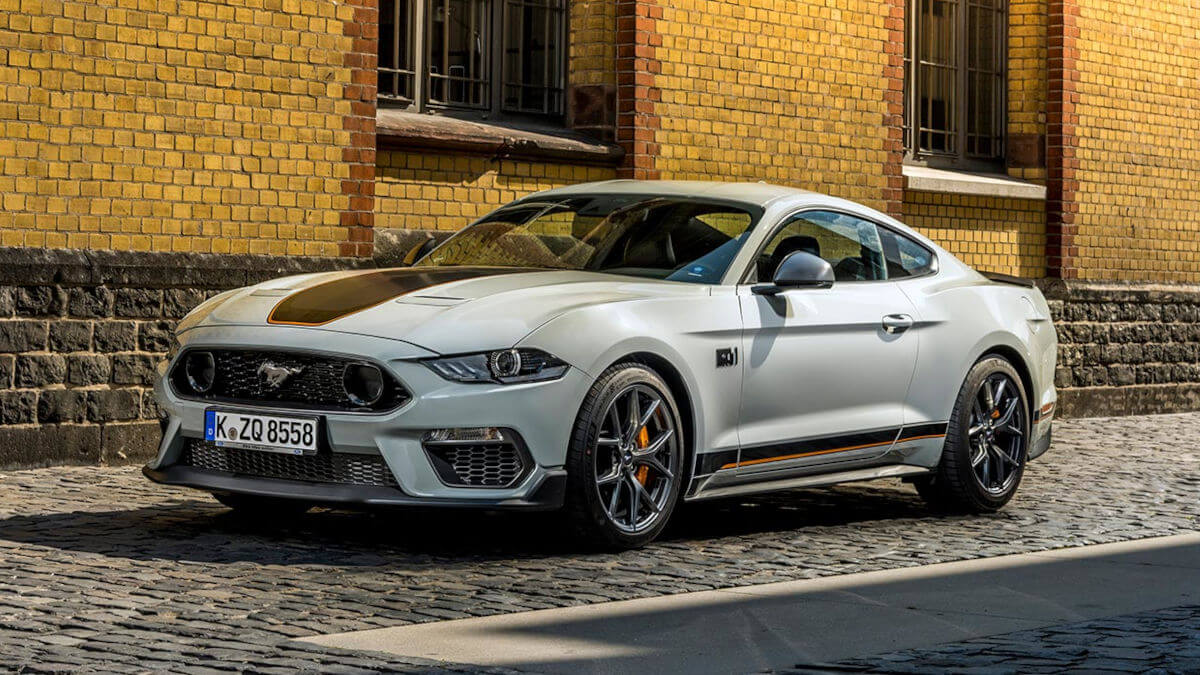 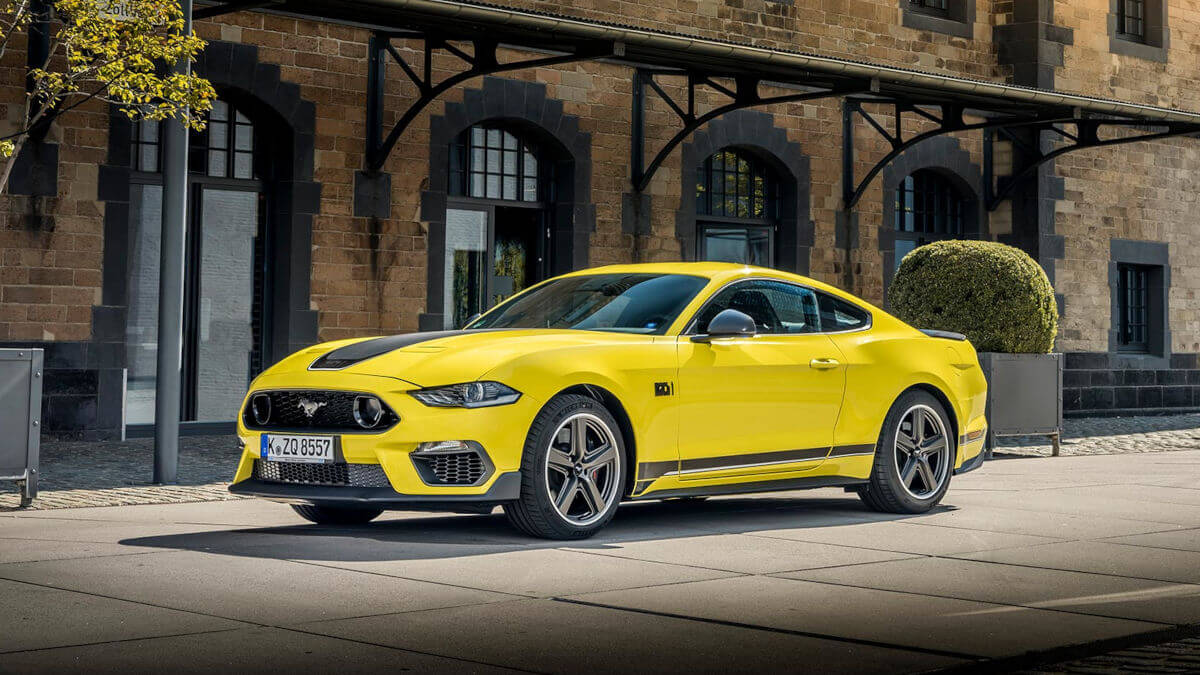 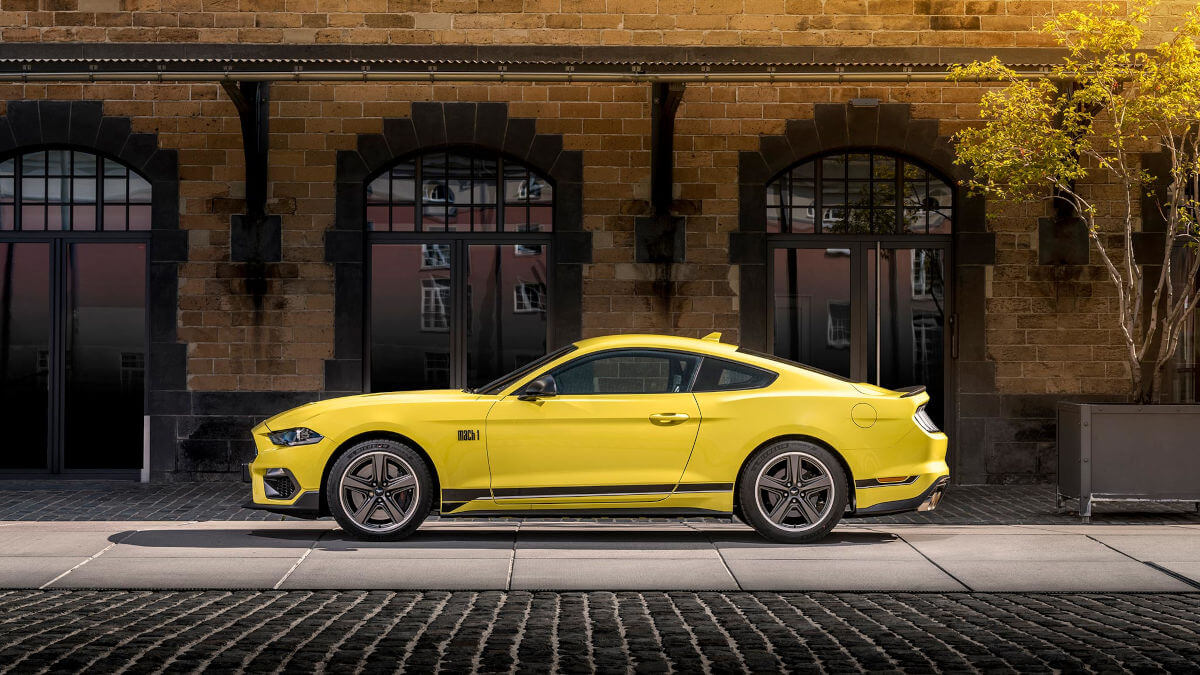 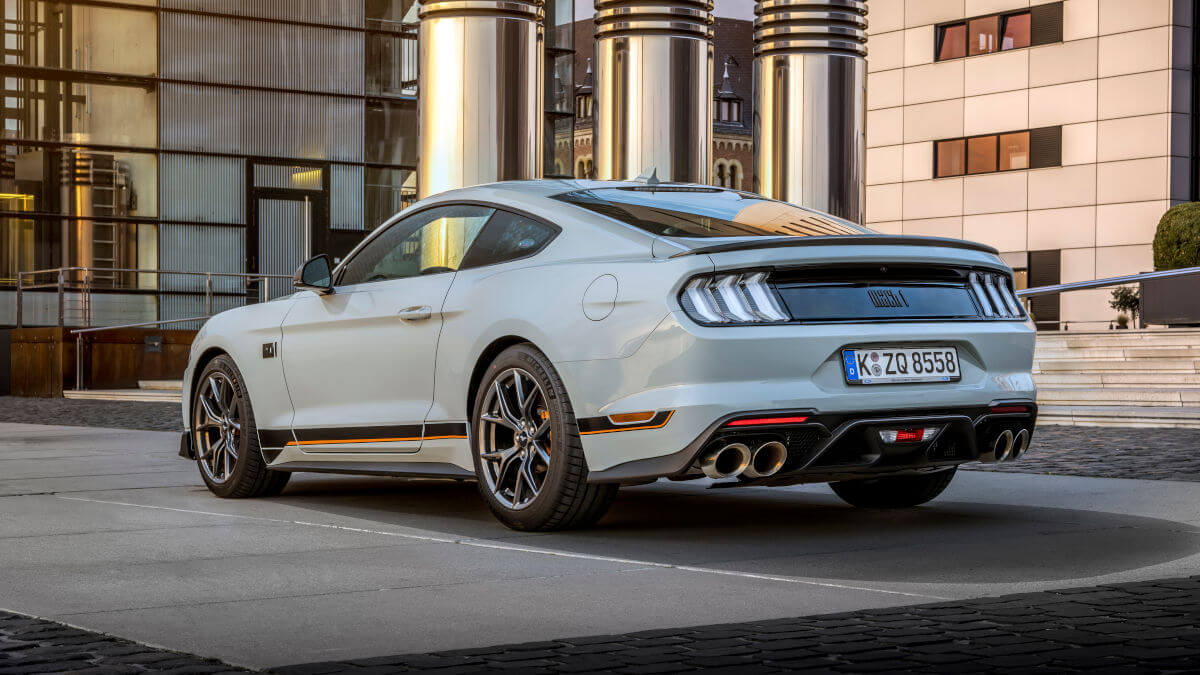 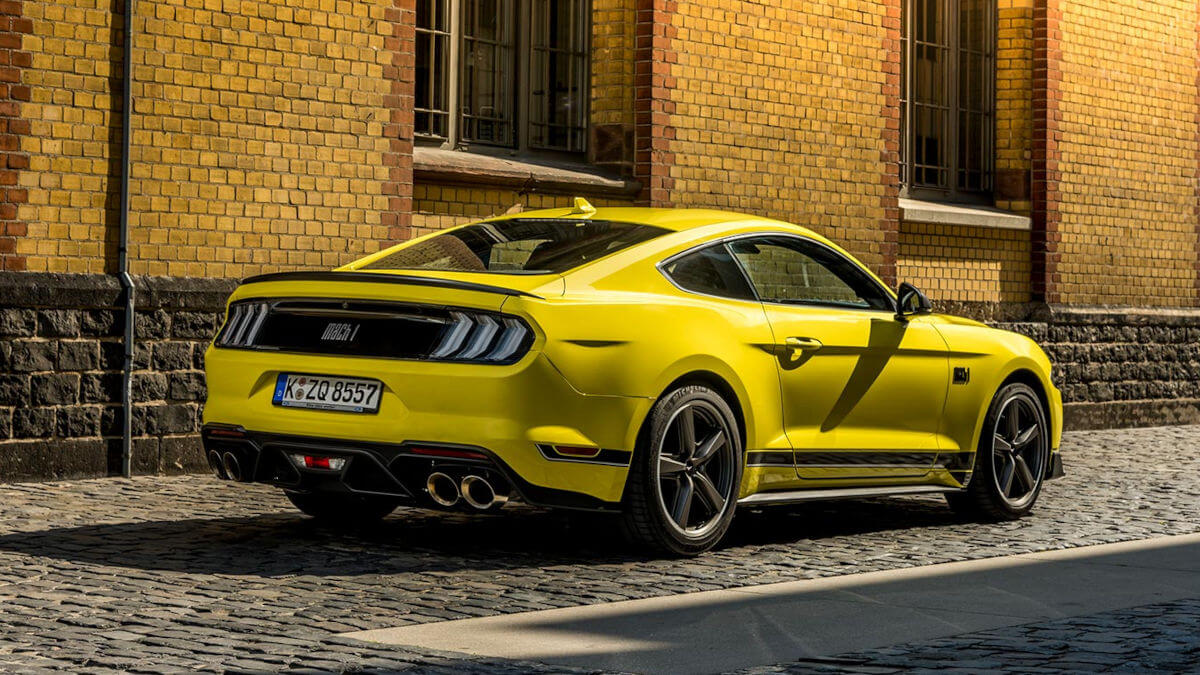 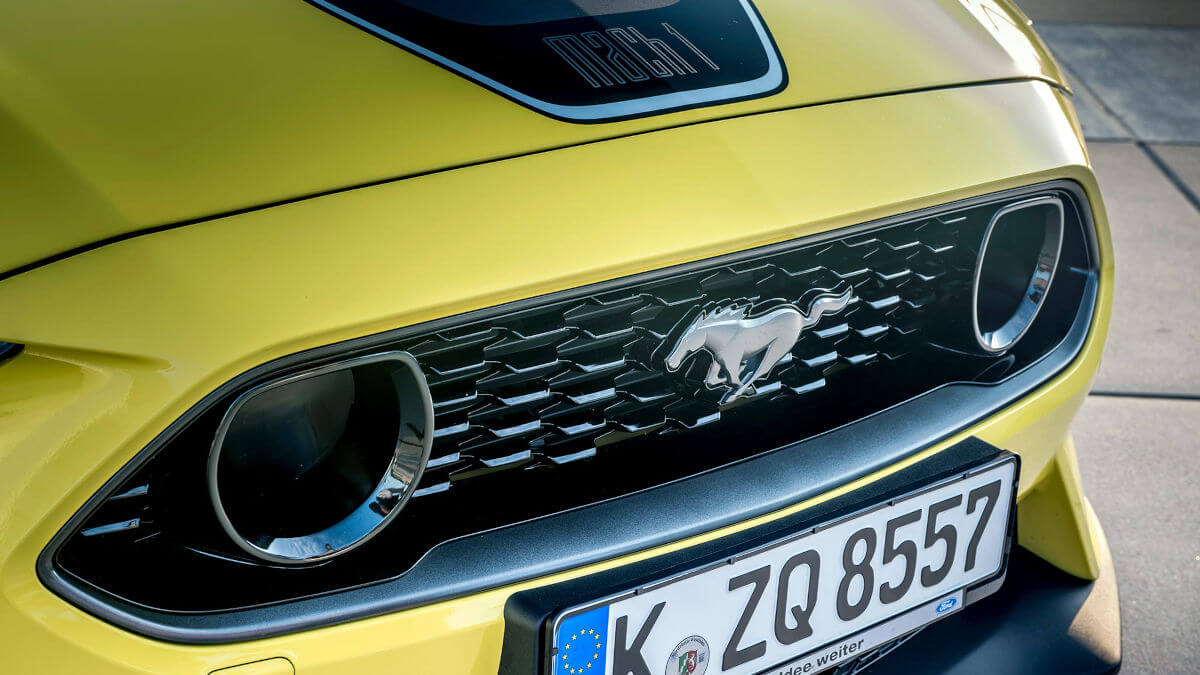 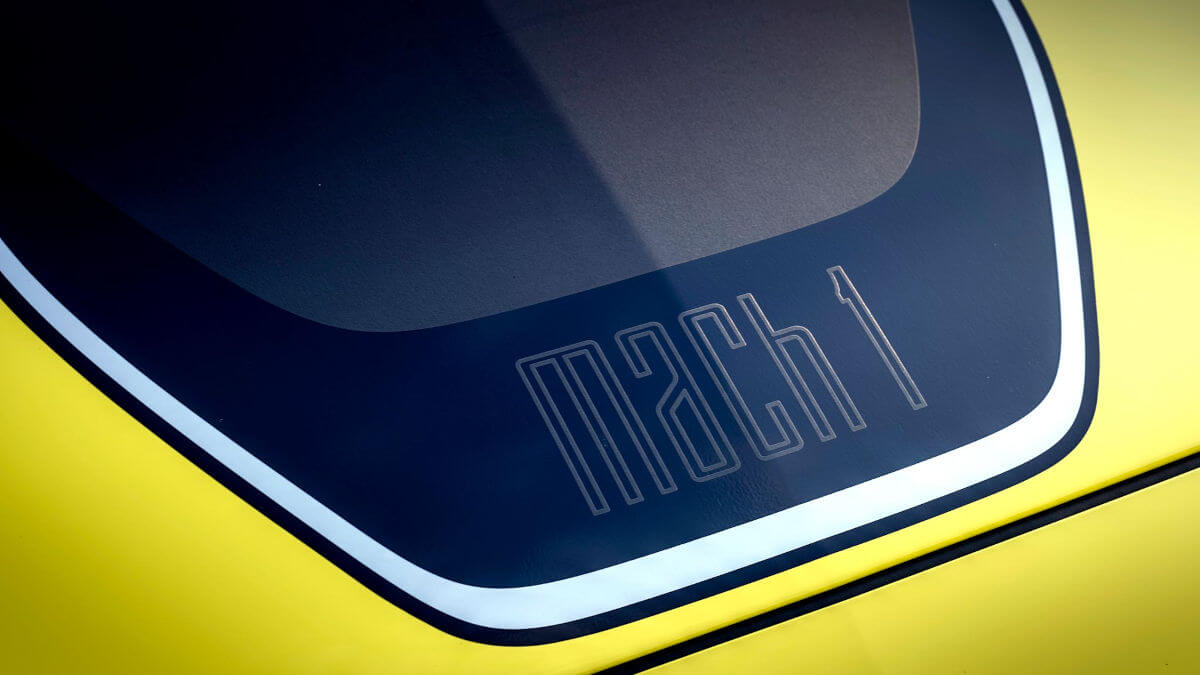 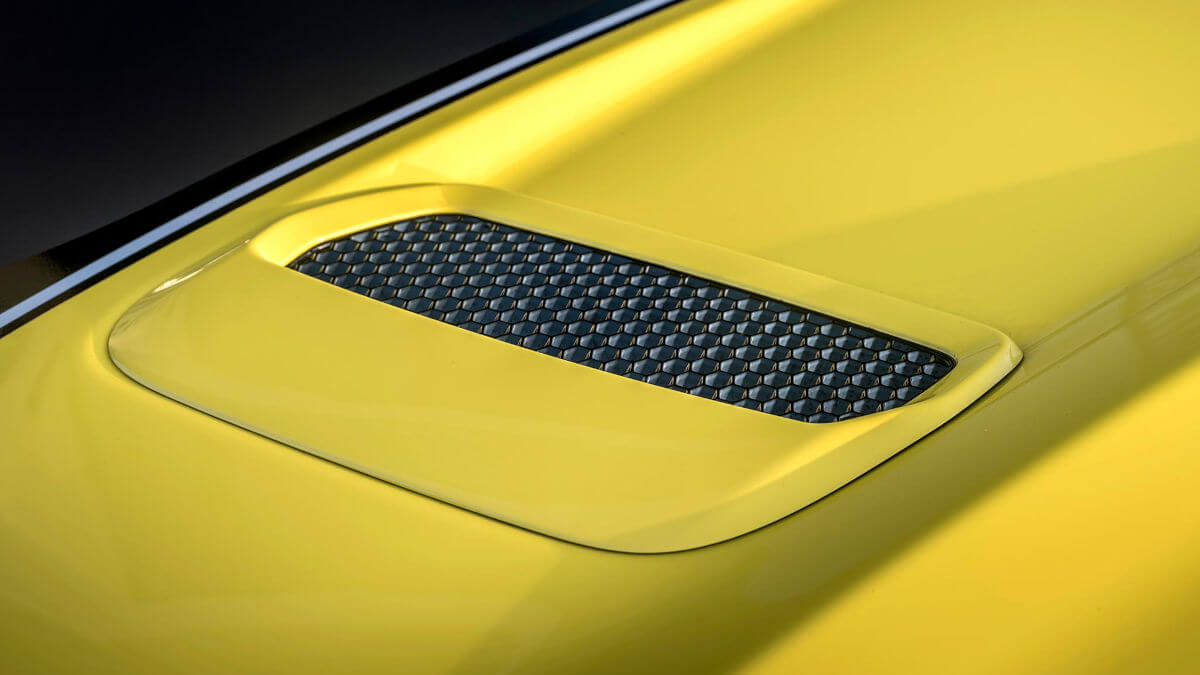 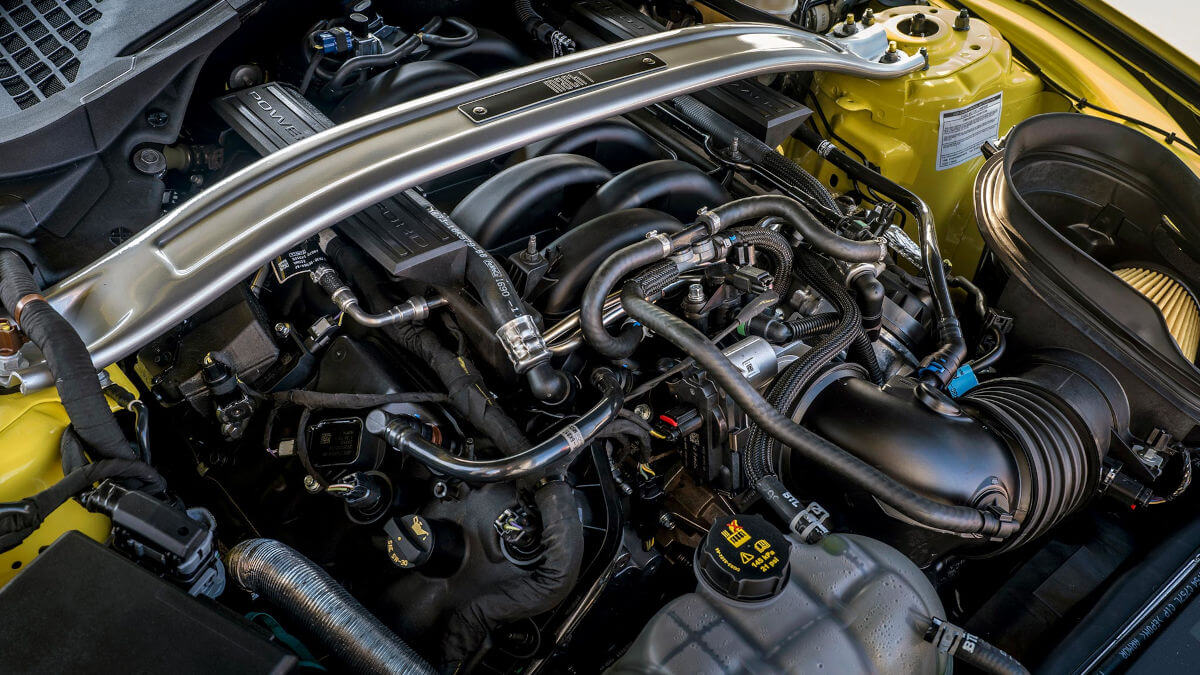 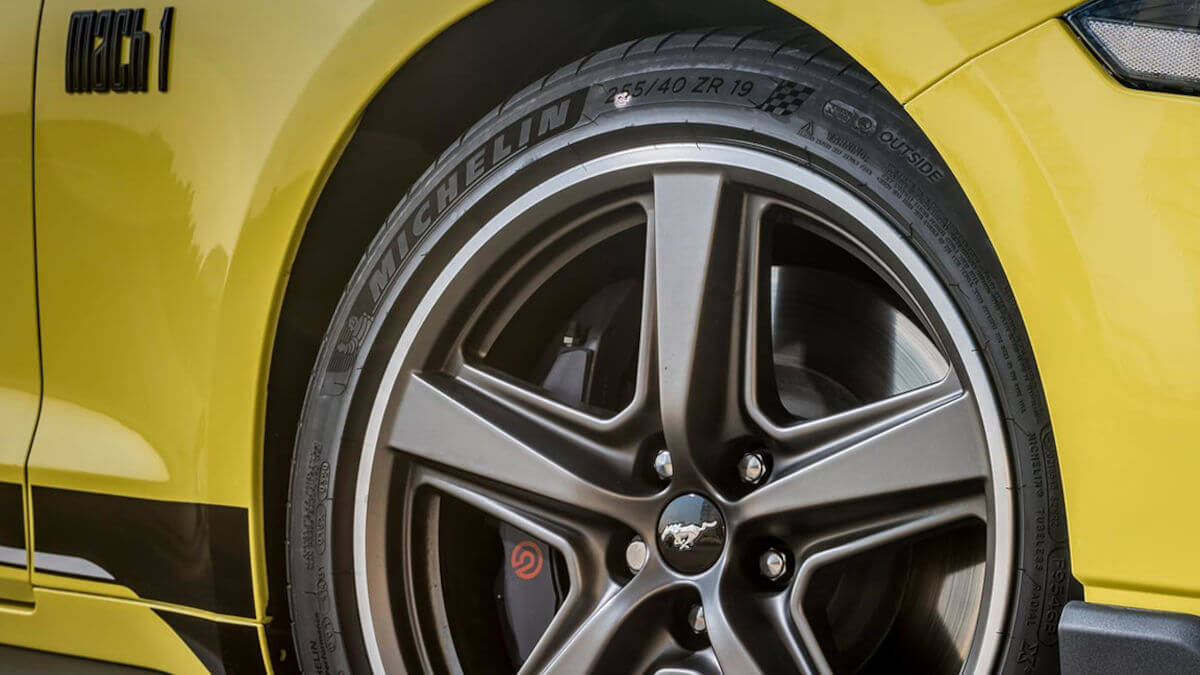 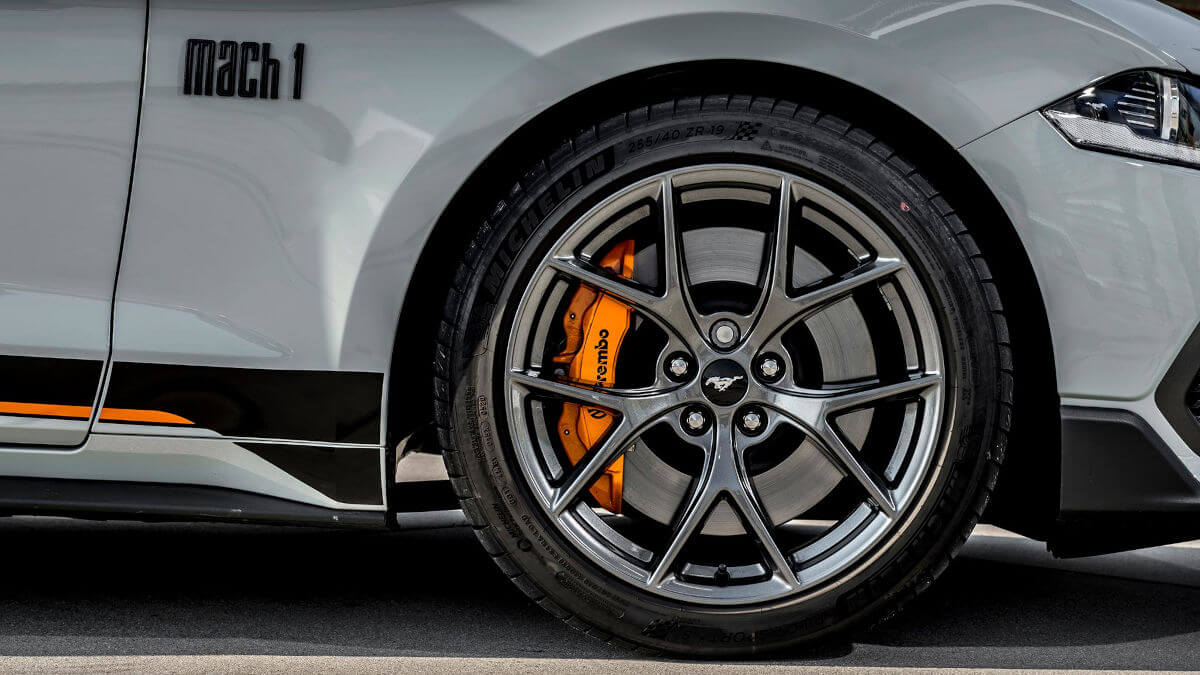 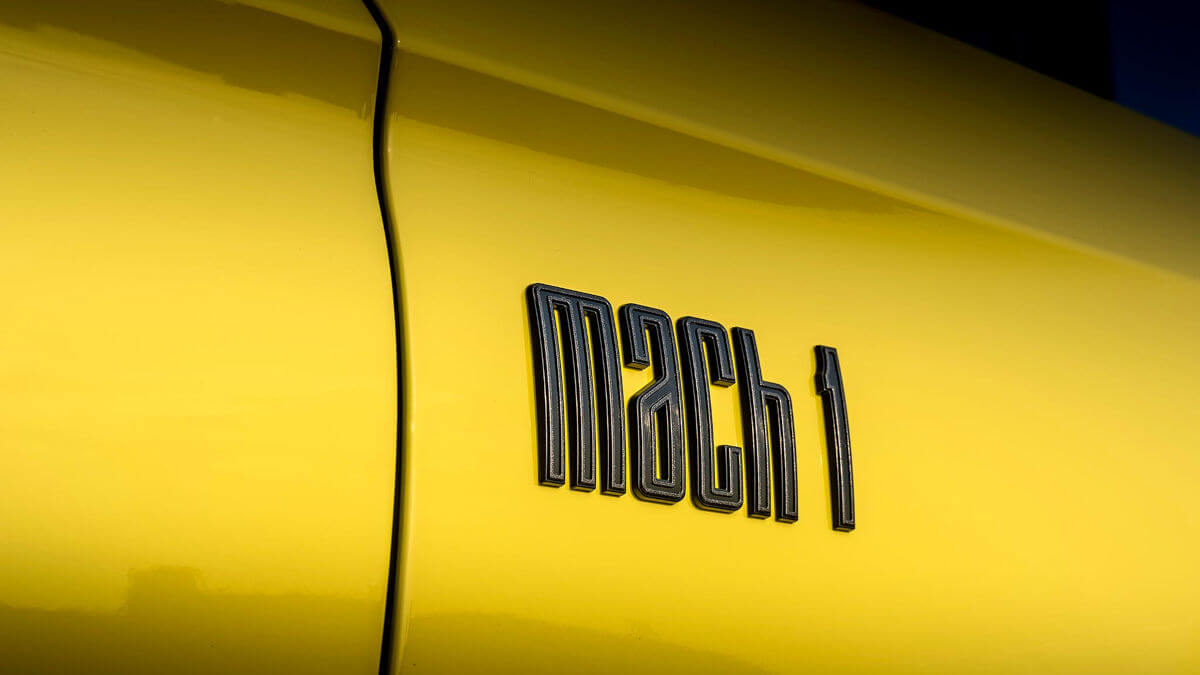 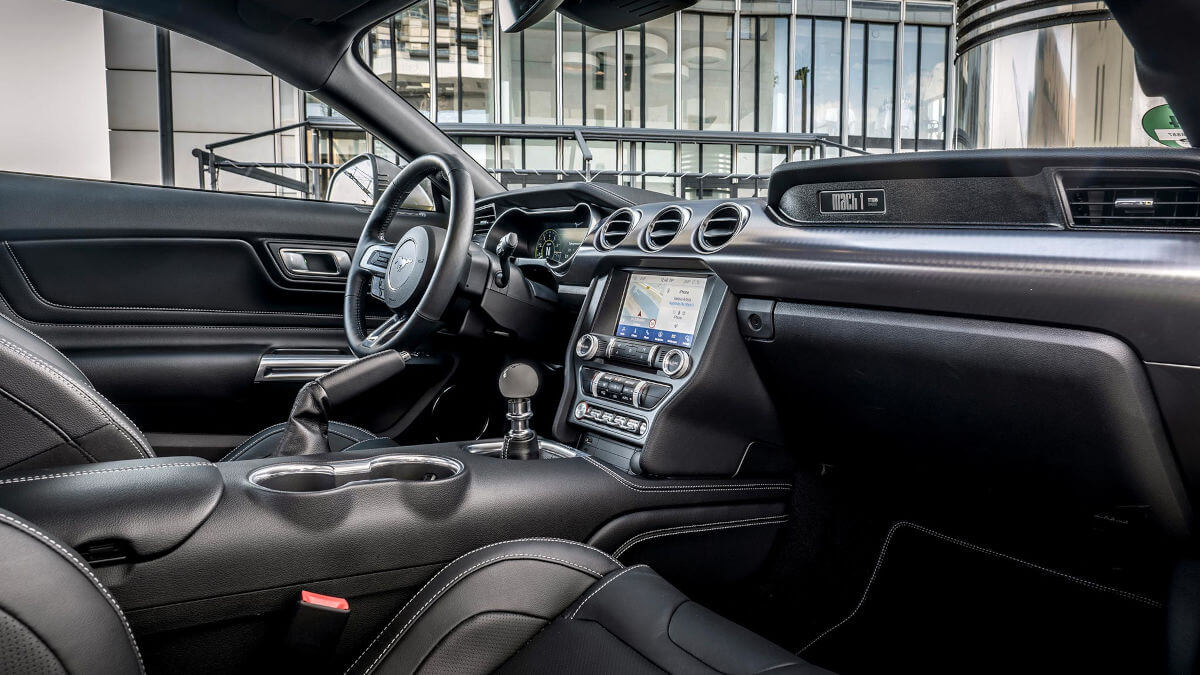 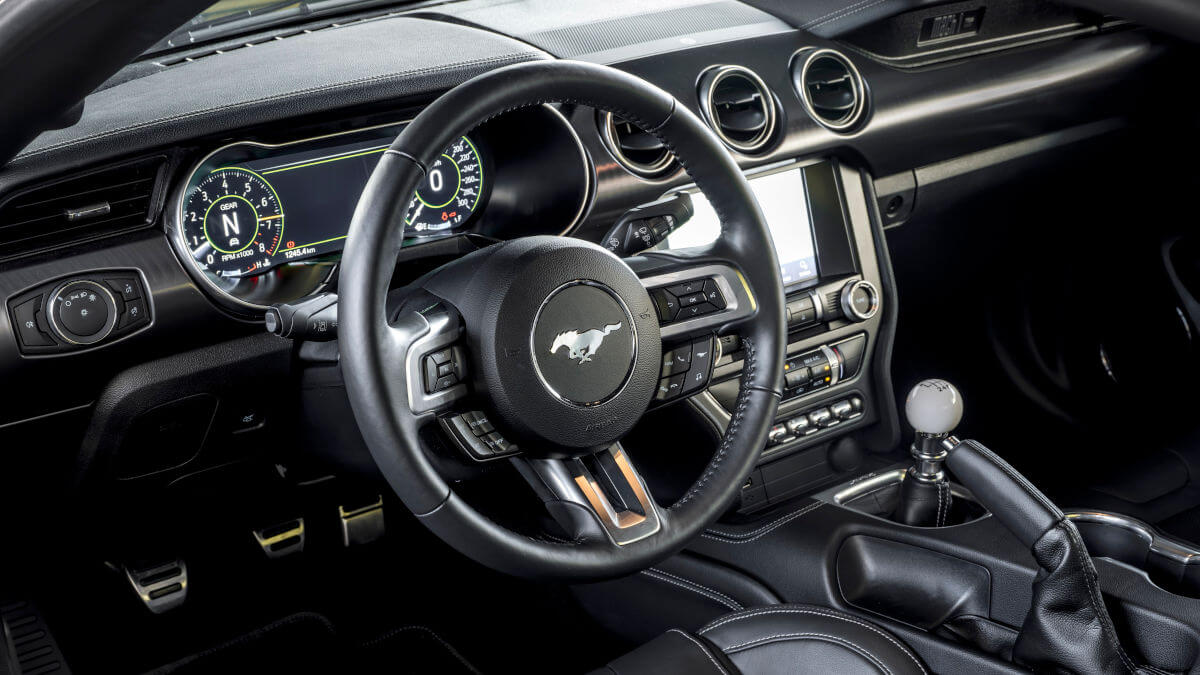 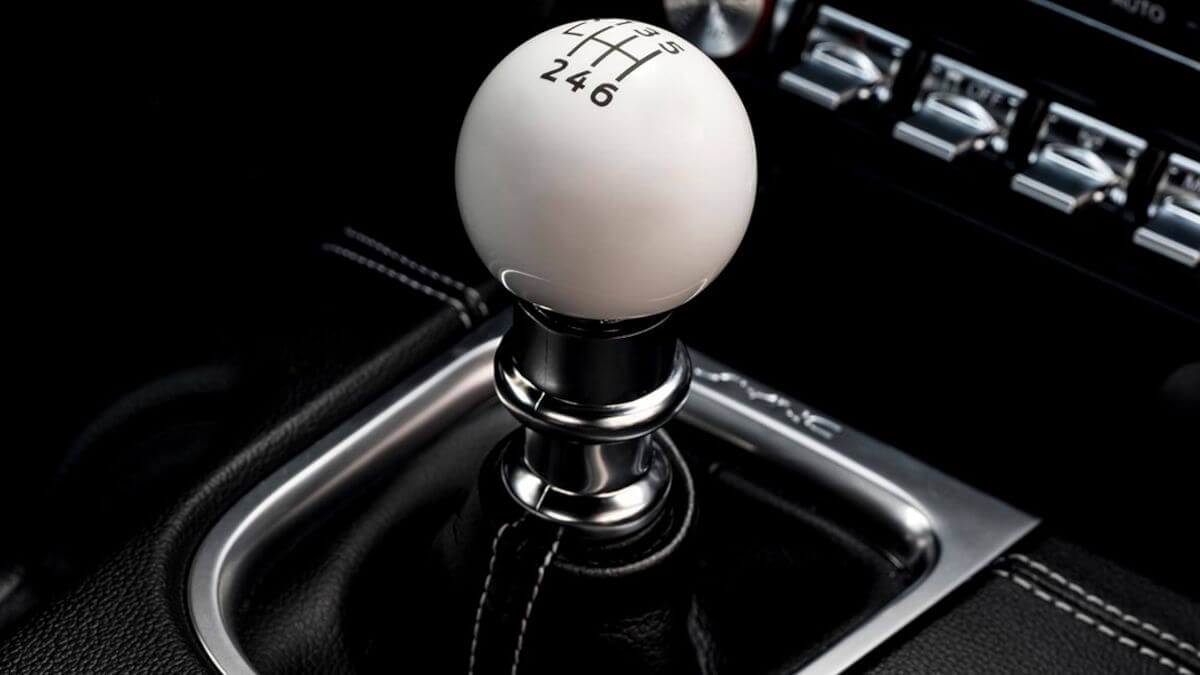 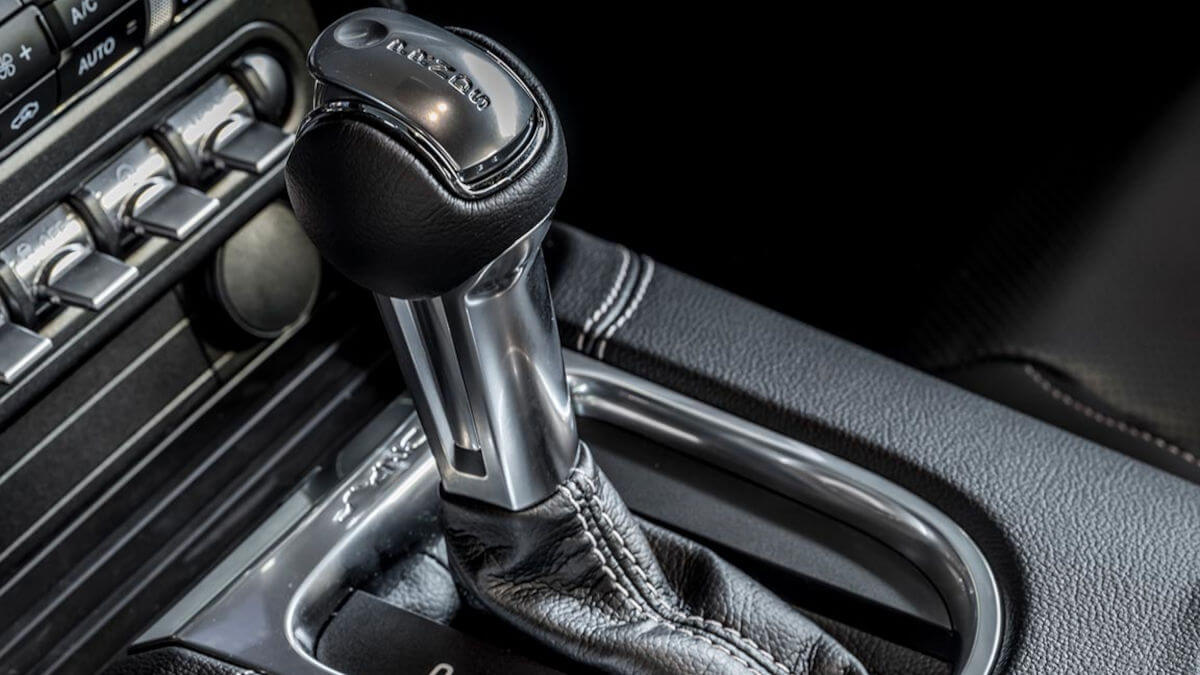 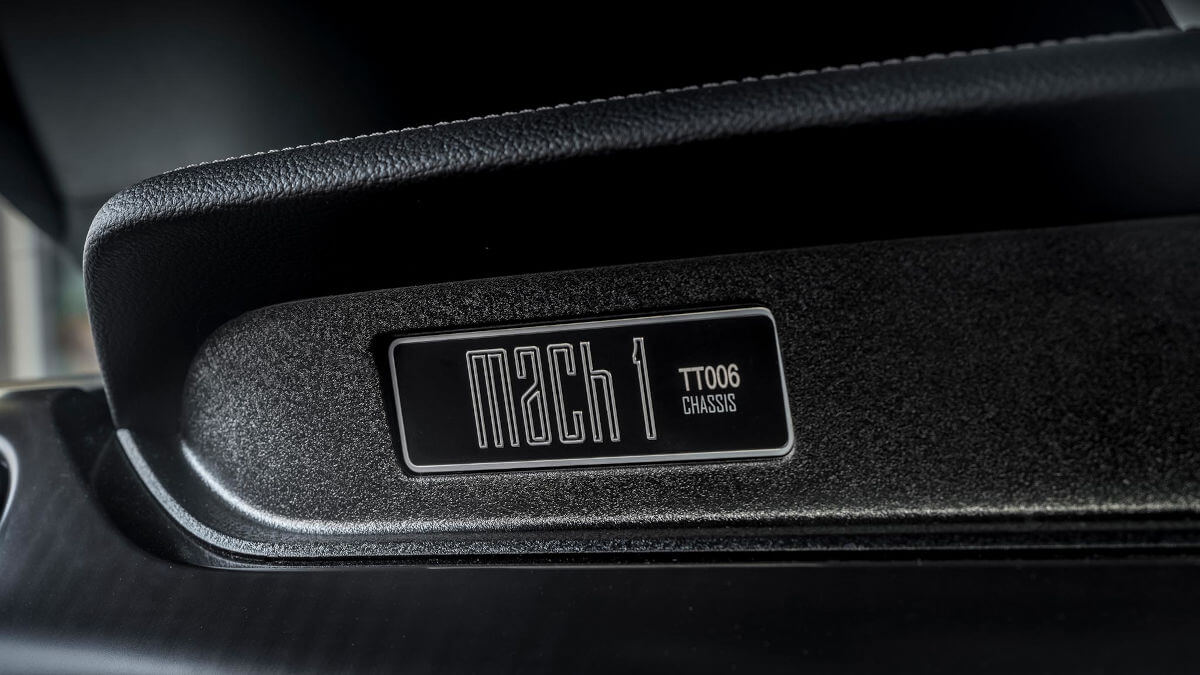 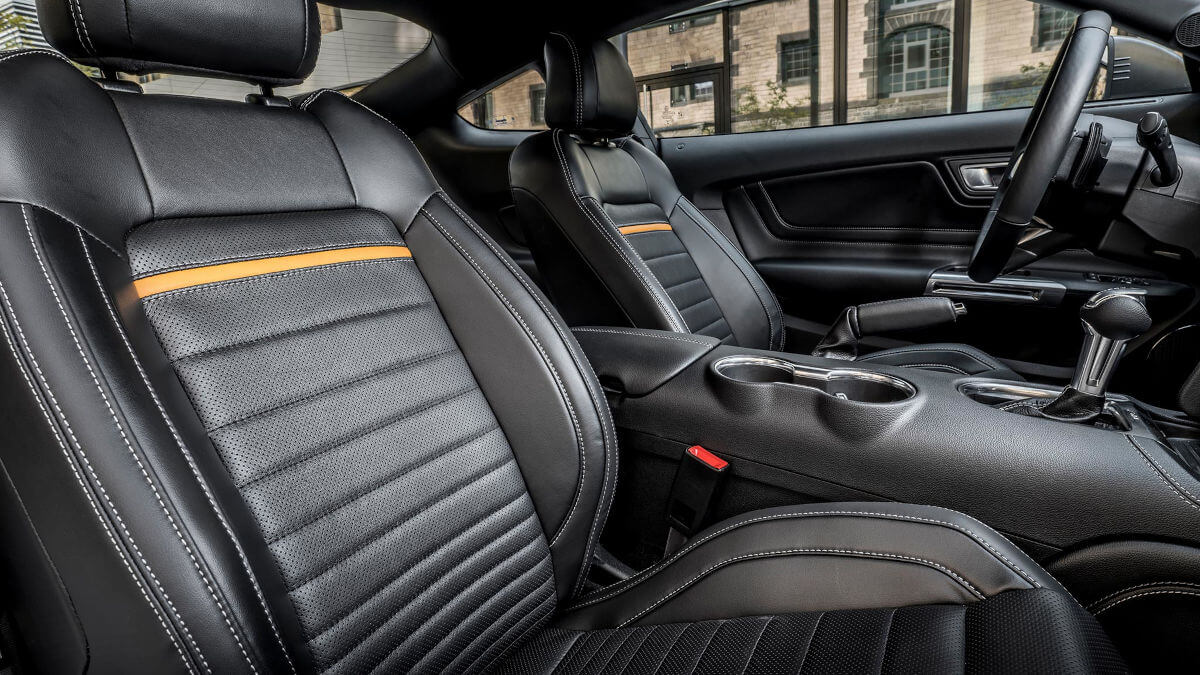 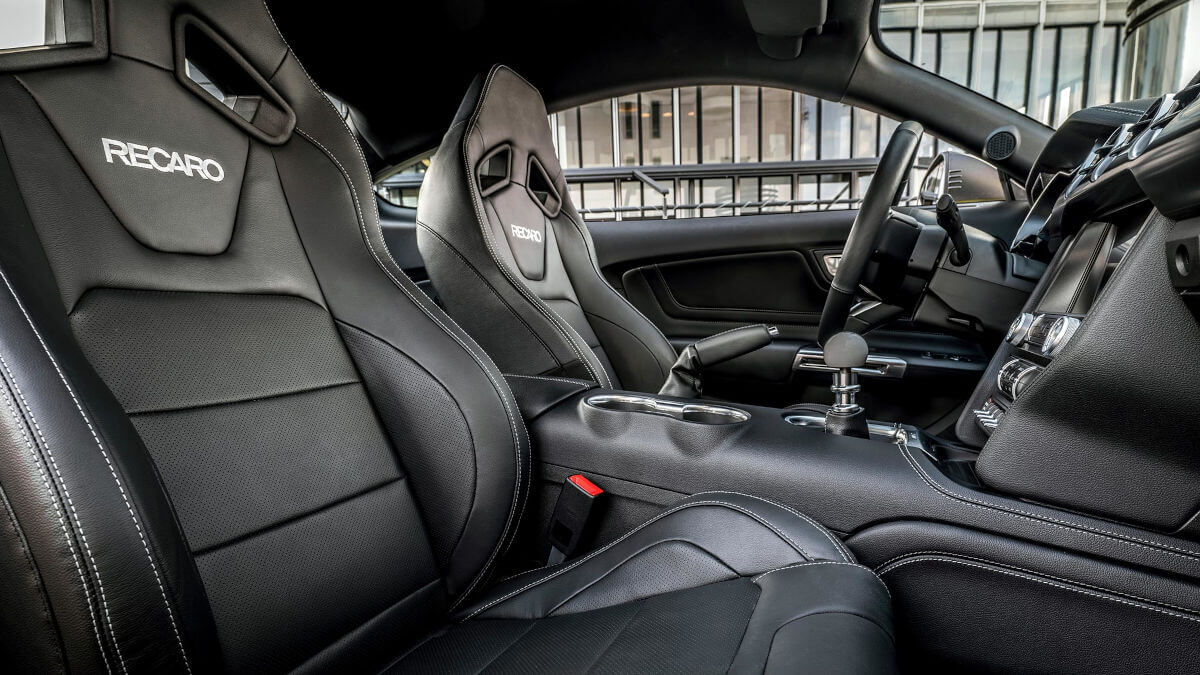 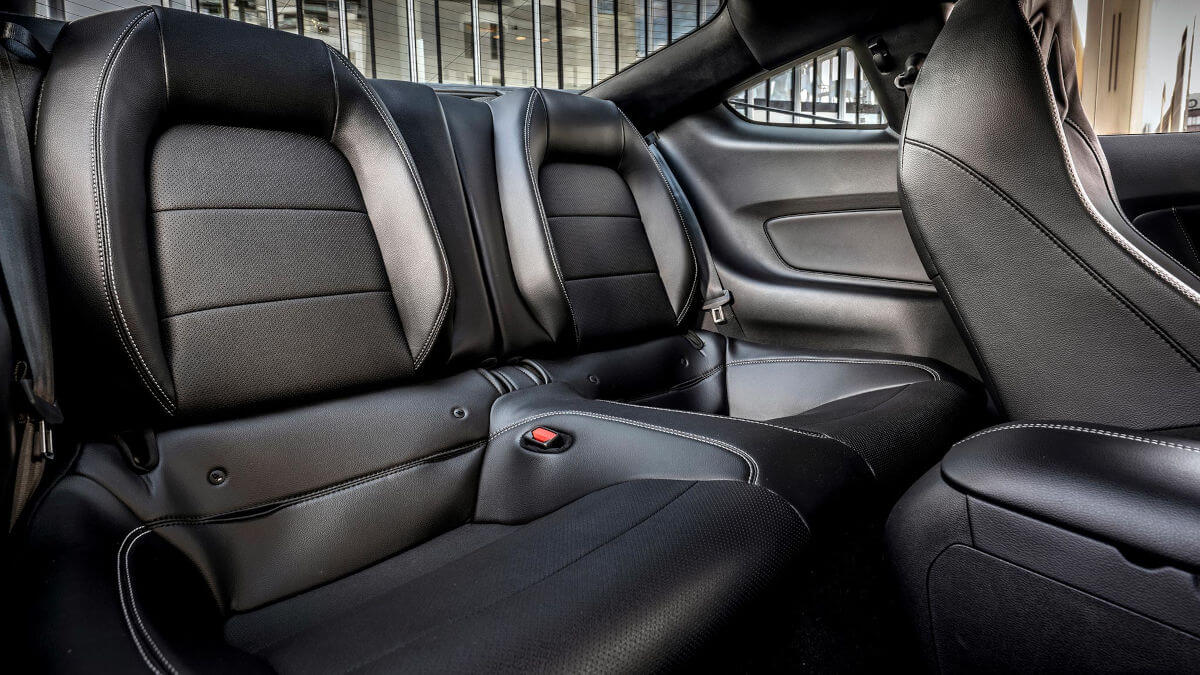 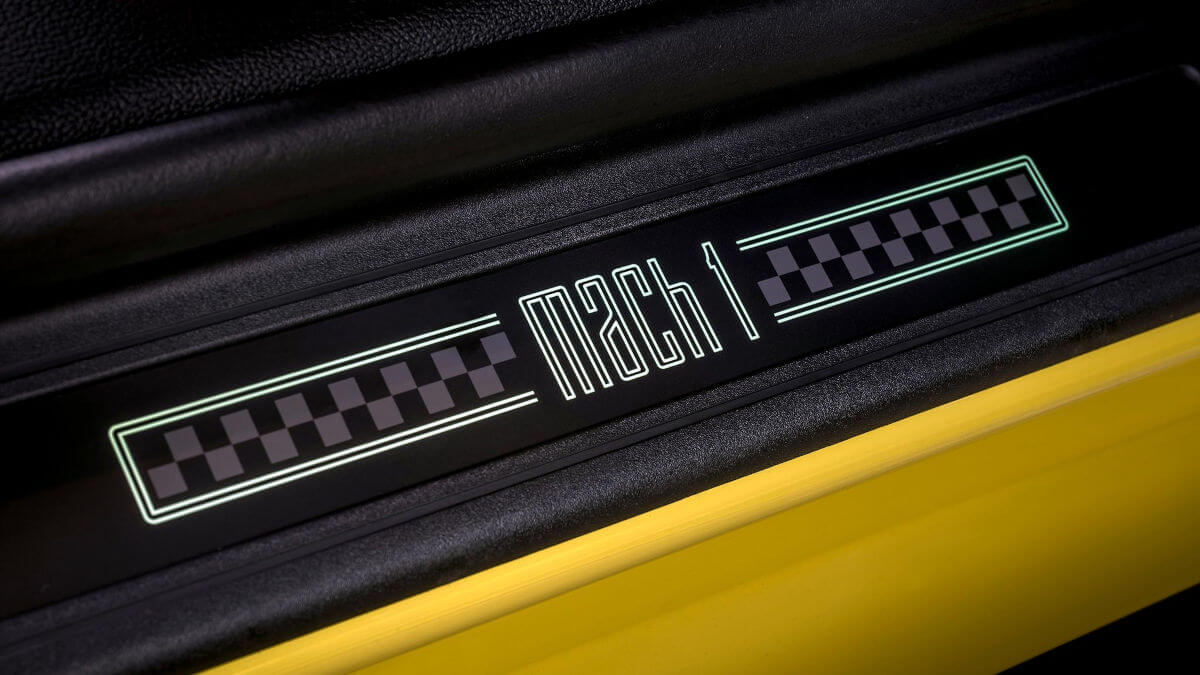 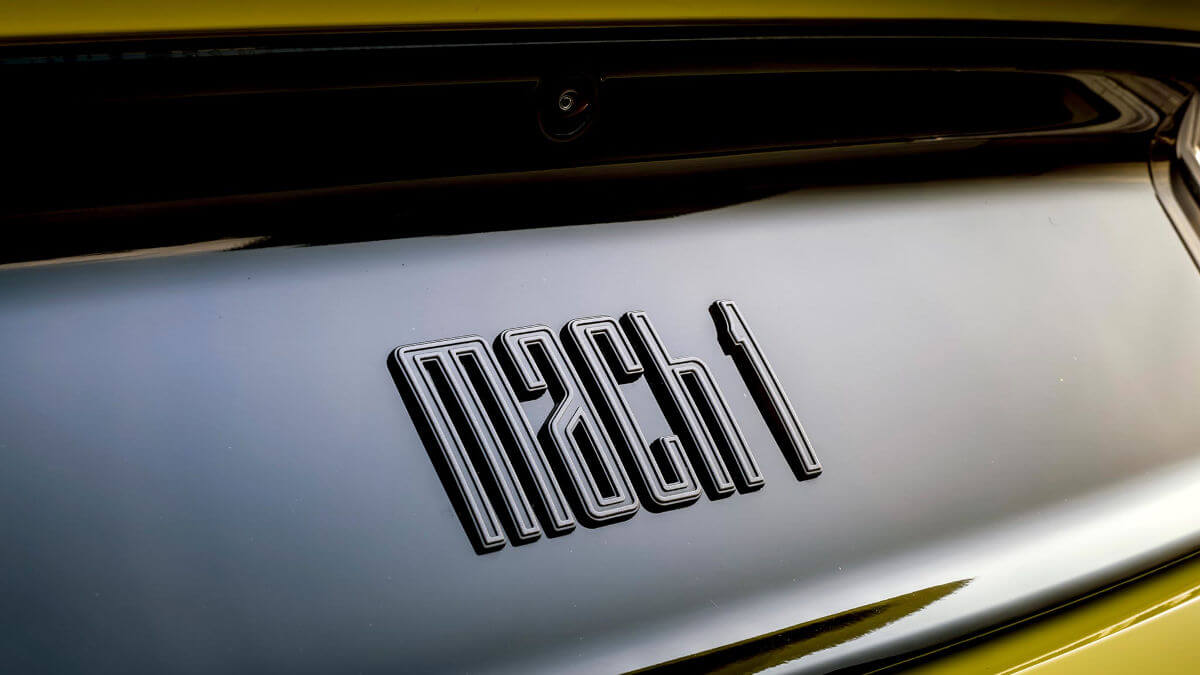 The new Mustang Mach 1 receives decorative elements on the hood and on the flanks of the bodywork to match the historical models. A total of eight different color compositions are available. For example Fighter Jet Grey with stripes in matt black and orange, Iridium Black or Liquid White with black and red stripes and Grabber Yellow or Race Red with black and white stripes. New designs can be found on the front spoiler with raised ends and on the radiator grille with visually indicated additional lights. By means of the enlarged diffuser of the Shelby GT500 and a spoiler lip on the trunk lid the aerodynamic downforce increases by 22 percent compared to the normal Mustang GT. The wheel arches contain 19-inch light-alloy wheels that are one inch wider than those of other Mustang offshoots. The Pilot Sport 4 tires come from the tire partner Michelin.

On the dashboard on the passenger side is a specially designed badge with the current production number of the Mustang Mach 1, which matches the Mach 1 logos on the rear and the front fenders. Otherwise, the interior is characterized by an ebony-colored appearance with contrast stitching in matching colors to the body and specially surface-treated aluminium. Performance sports seats can also be ordered instead of the heated and ventilated comfort seats. In addition, the standard equipment includes a premium audio system from Bang & Olufsen with twelve speakers and the Ford SYNC 3 infotainment system. Ford hasn’t yet provided any information on the price or the exact delivery date.