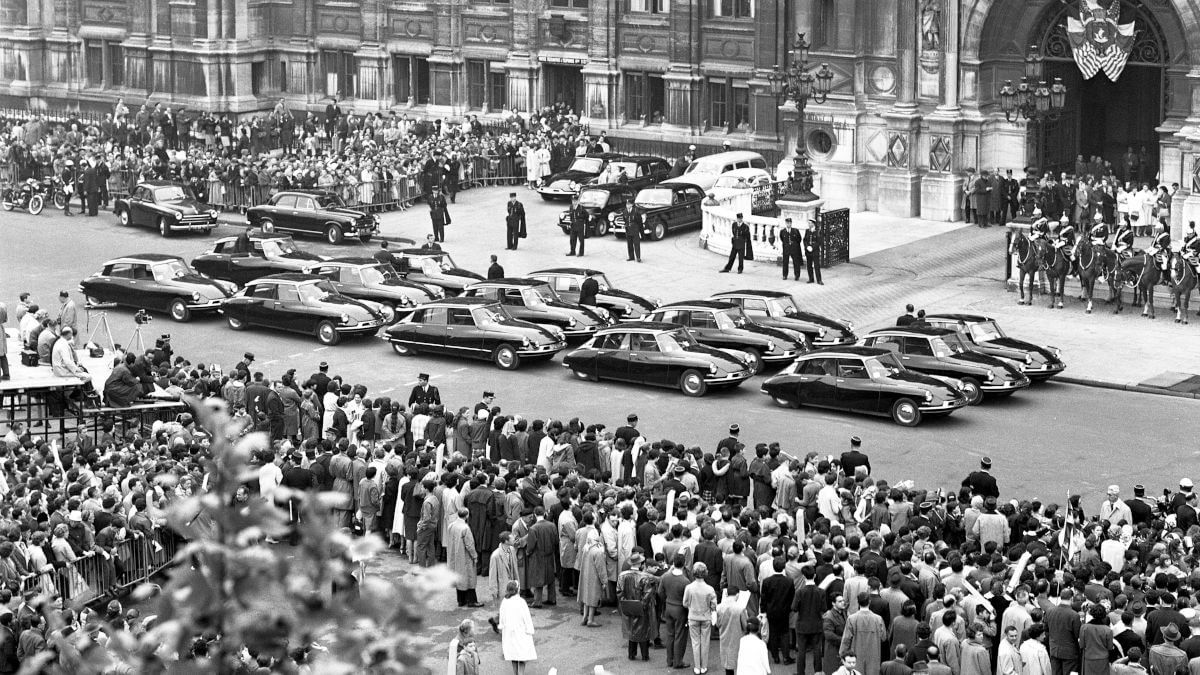 In October 1965 the now legendary Citroën DS made its debut at the Paris Motor Show. From the very beginning, this vehicle made history. Innovative design features such as the hydro-pneumatic suspension or the later introduced driving lights that steered with the wheels made the DS look like it came from another era. By the end of production in 1975, a total of 1,456,115 units of all versions of ID and DS had rolled off the production line. In addition to the hatchback sedan, there were also station wagons as well as coupés and convertibles built by the coachbuilder Chapron. In addition, there were specially converted delivery vans and special limousines, which were built for the French government, for example.

These vehicles and their history are exactly what we want to feature today. Four years after the premiere of the Citroën DS, France received a new President. During World War 2, General Charles de Gaulle had led the resistance against the German occupying forces. His appeal to the French population, which was broadcast on the British radio station BBC on June 18, 1940, brought him great publicity. In 1945 he became President of the provisional government of France. However, after differences of opinion with Social Democratic and Communist politicians and his declared disapproval of the Constitution of the Fourth Republic, he resigned after only three months. 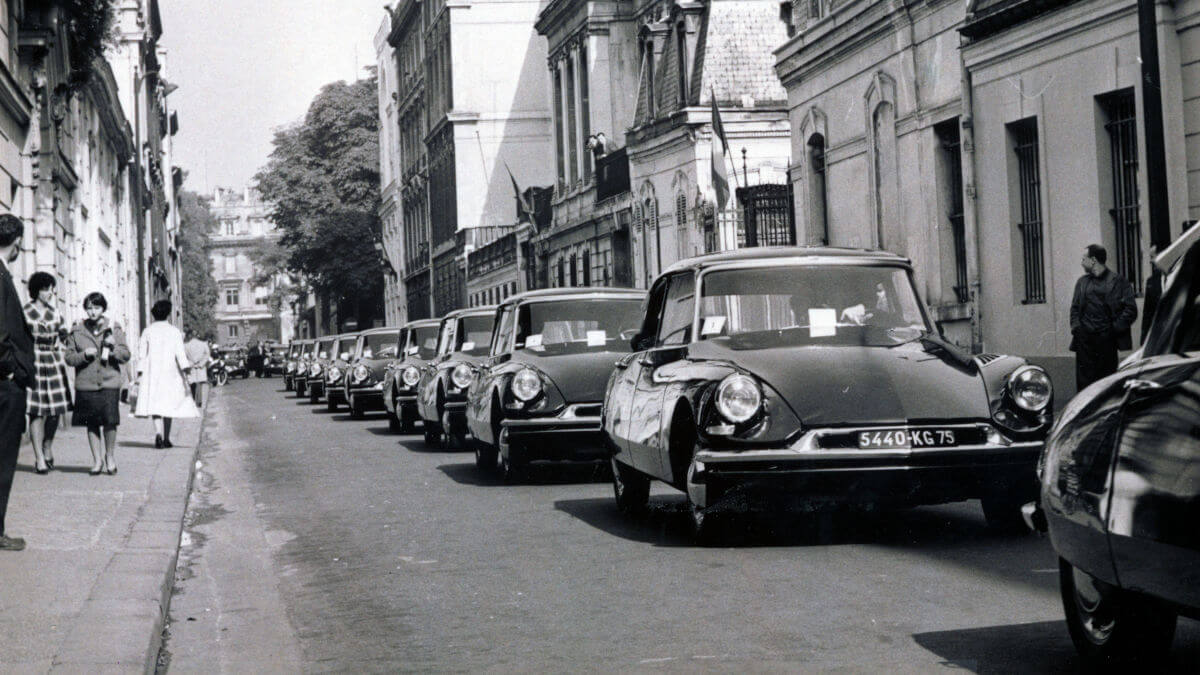 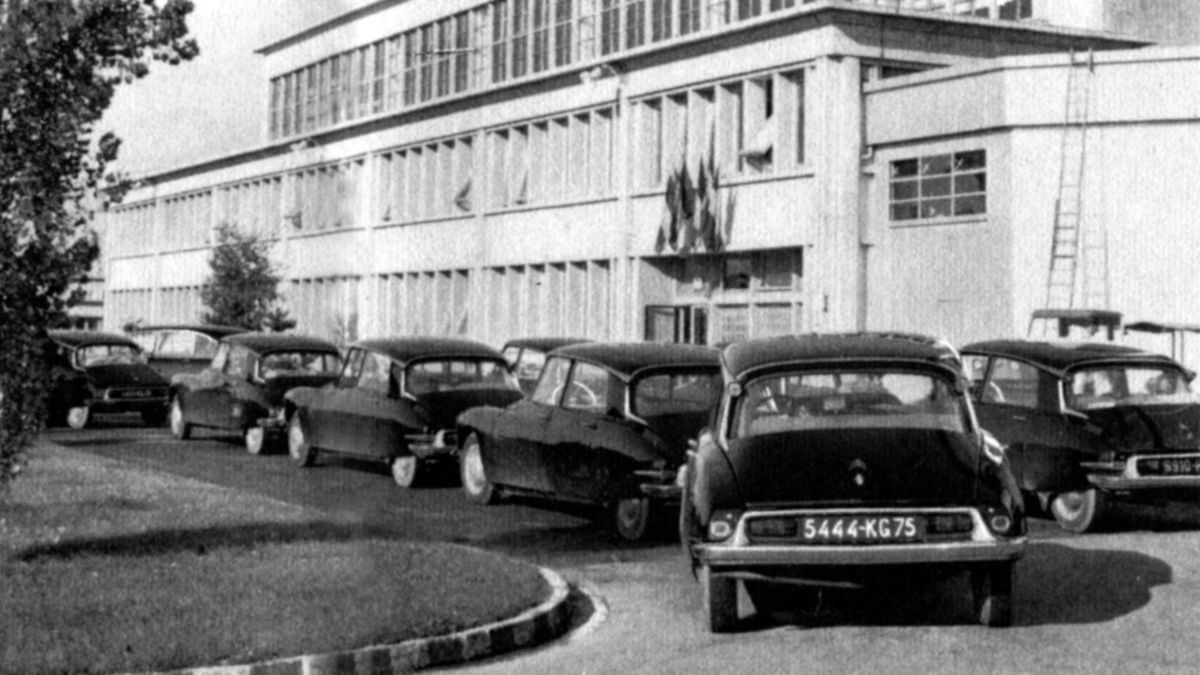 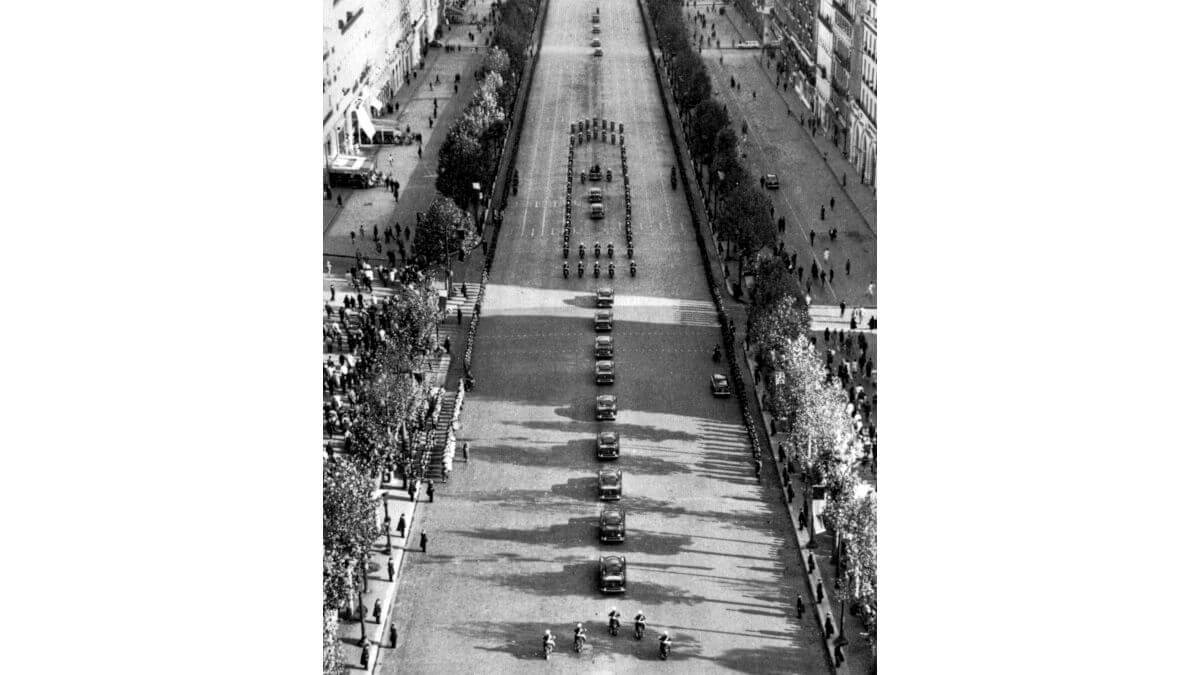 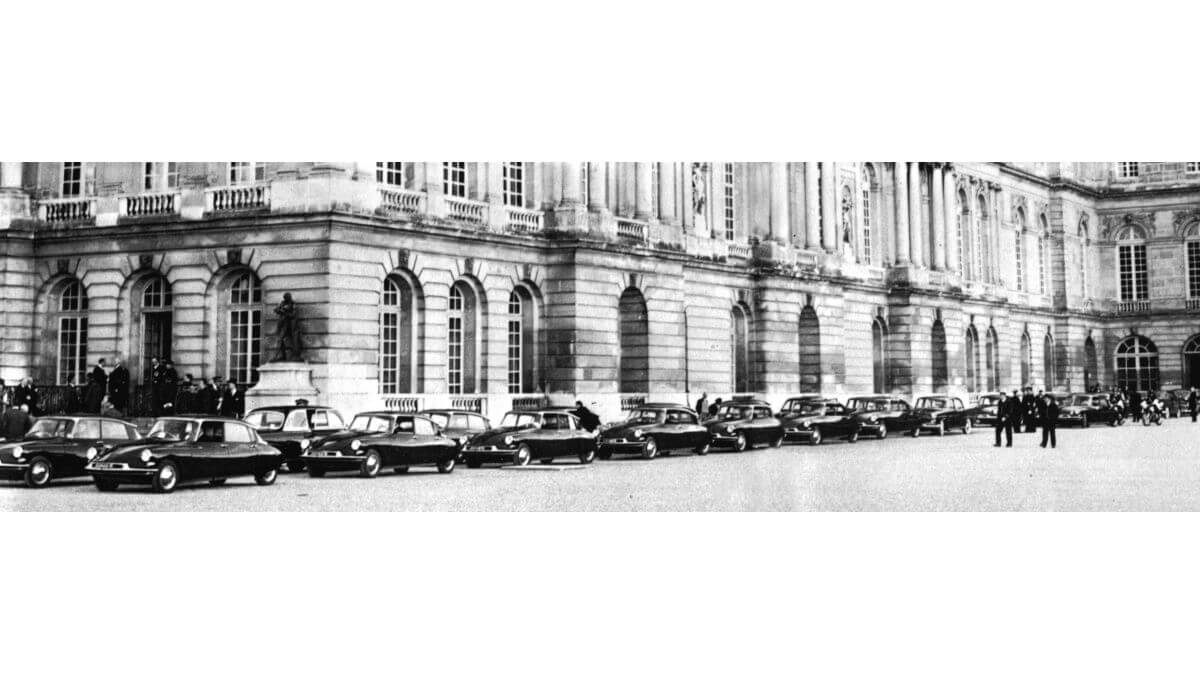 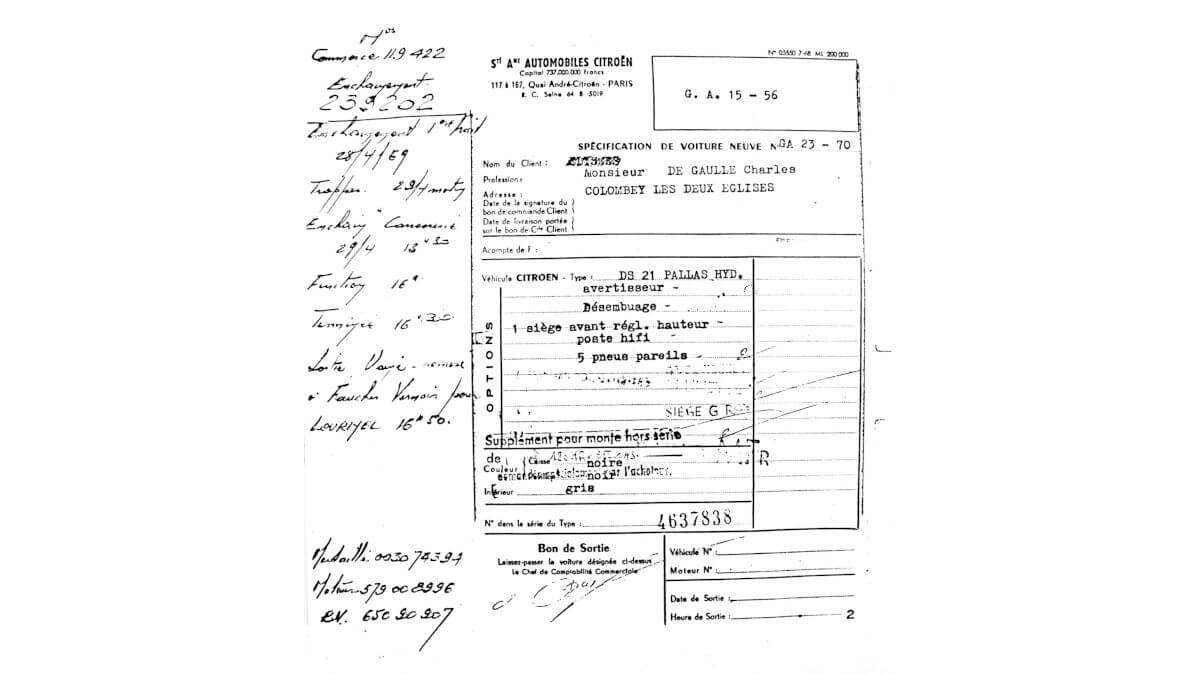 In November 1958, he received the majority of votes in the presidential elections for the Fifth Republic and returned to the presidency in January 1959. In addition to the introduction of a new currency and various other reforms that still have an impact on French politics today, de Gaulle also renewed the government vehicle fleet. He was particularly enthusiastic and impressed by the Citroën DS. He therefore had a large number of this vehicle in black paint procured from a dealer friend of his. Consequently, from that point on, the sedan appeared not only at public appearances by the President, but also at ministerial appointments and trips by members of the parliament and mayors.

Although Citroën offered the DS Prestige with a partition wall between the cockpit and the rear to politicians and entrepreneurs, de Gaulle deliberately decided against this variant for his personal vehicle. He always regarded his chauffeur as a friend and confidant with whom he wanted to talk even while driving. In the end, he owed his life to his driver as much as to the DS. After there had been a first assassination attempt on de Gaulle in 1961, the assassination of Petit-Clamard near Paris followed on August 22, 1962. Fortunately, the assassins overlooked the agreed sign in the darkness and therefore fired their arms on the Citroën too late. Nevertheless, they missed the President and his wife by only a few centimeters. Despite two shot tires, the car remained roadworthy and brought all occupants out of the line of fire. 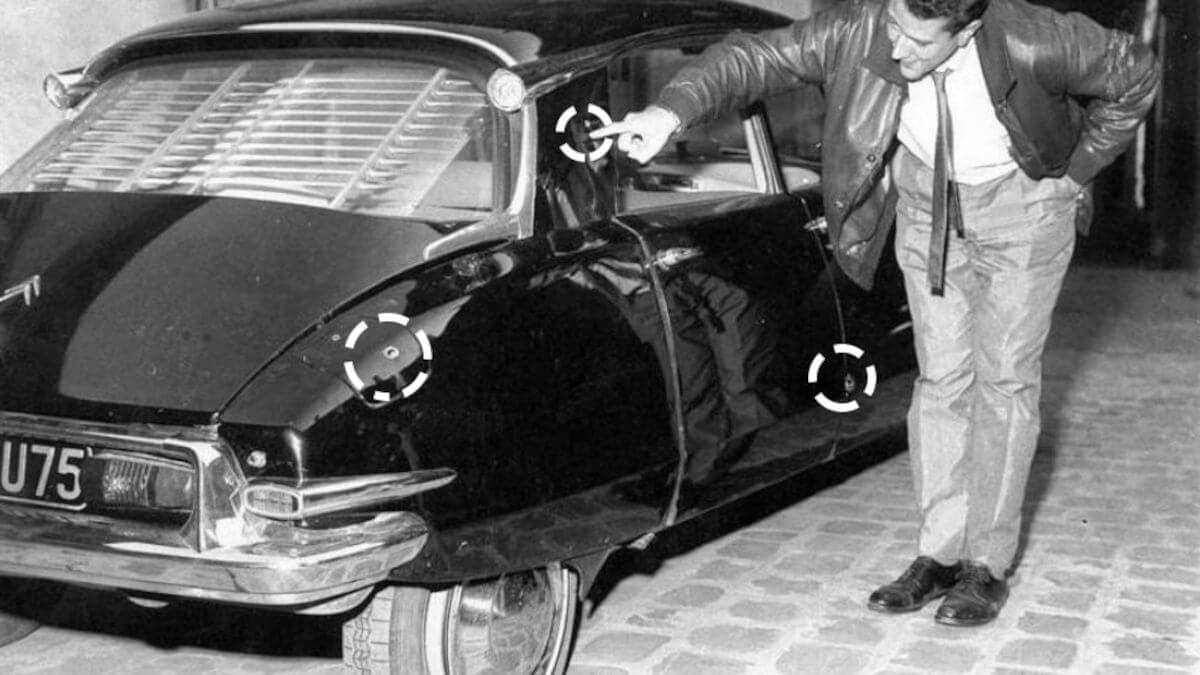 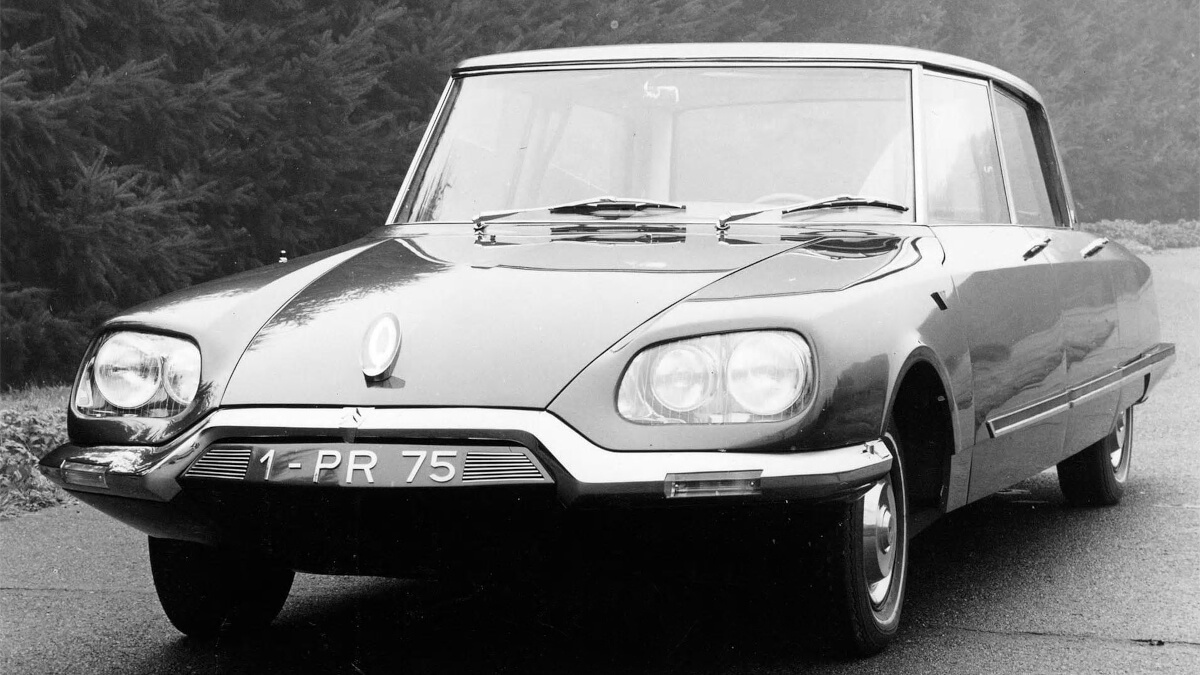 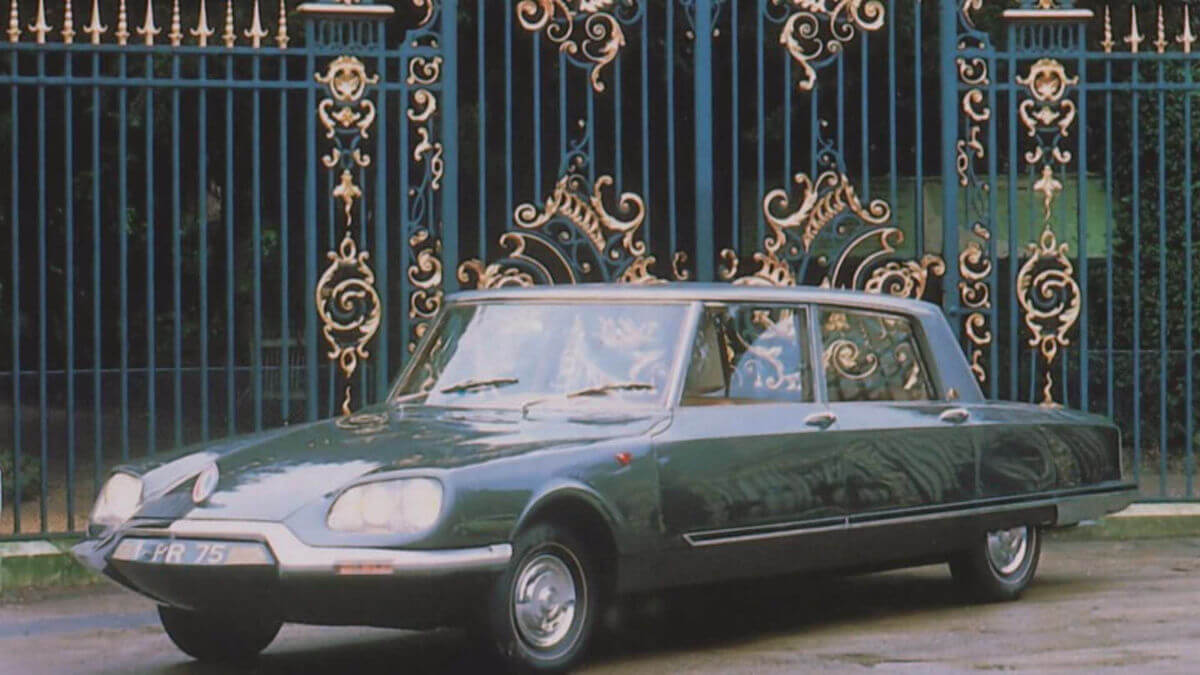 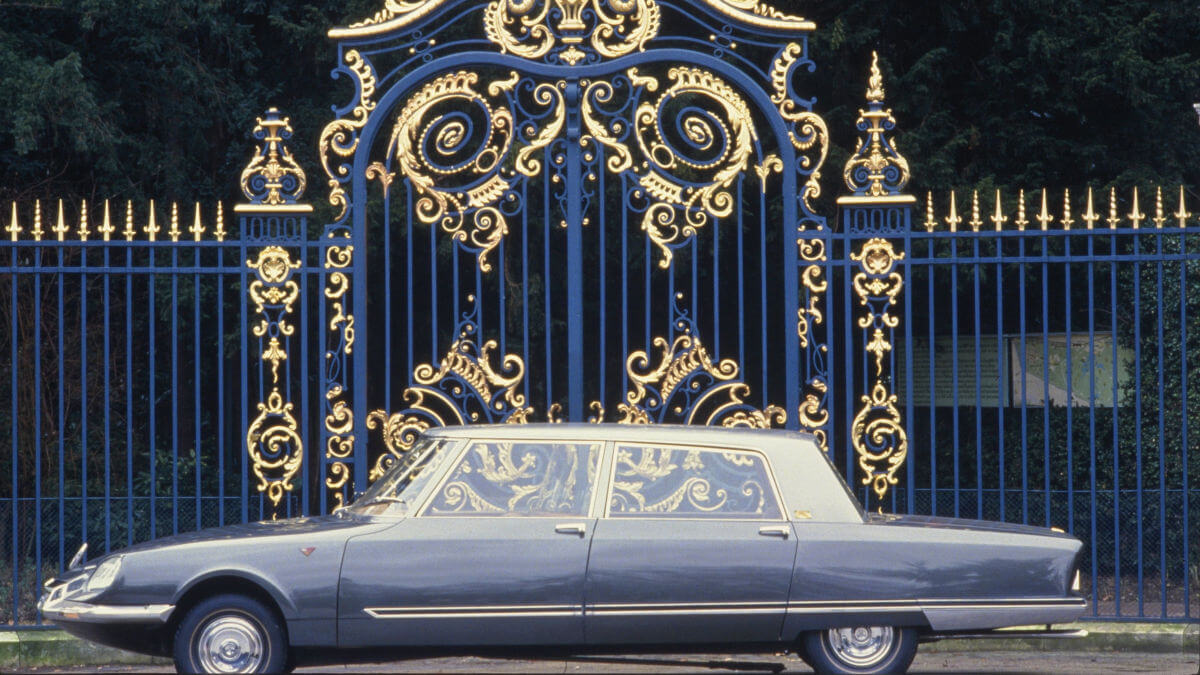 Despite de Gaulle’s initial rejection of armored vehicles, this incident ensured that he agreed to the purchase of a custom-made presidential limousine. This car was built at Chapron with an independent design by Robert Opron, but of course based on a DS 21. President de Gaulle and his wife specially inspected the wooden maquette (a scale model) at Chapron’s workshop in Levallois. Both the bodywork and the armored partition wall inside the ‘Présidentielle’ initially displeased him. However, he finally saw the necessity and praised the comfortable seats. This car wasn’t completed until late 1965, and delivery didn’t even take place until 1968. It was given the registration number 1-PR-75.

Among the extras installed in this vehicle compared to the normal DS were a special engine cooling system and an improved air conditioning system. This was necessary in order to ensure that the car would function without problems even at low speeds during parades. A letter slot was integrated in the partition wall to enable communication with the field assistant in the passenger seat. General de Gaulle used this limousine only three times at official occasions and still preferred his normal DS 21 Pallas. Even when he resigned in 1969 and Georges Pompidou became the new President of France, there were no further appearances by the DS Présidentielle. This was due to the fact that the fashion had changed in the meantime and thus the body shape seemed old-fashioned even compared to the normal DS. Instead, Chapron produced two four-door convertibles of the Citroën SM, which are still part of the Élysée fleet today.