To mark the 70th anniversary of the British Formula 1 racing team BRM, three faithful continuation cars of the 1950 P15 are created. The monoposto racing car established the reputation of British Racing Motors (BRM). To this day it is still considered one of the best-sounding F1 cars of all time. The reason for this is under the front cover. Directly in front of the driver’s feet is an engine that was developed shortly after World War 2 especially for the new F1 regulations. These envisaged a maximum displacement of 1.5 liters and supercharging. The idea for this engine was born in the minds of Raymond Mays and Peter Berthon during the war. They planned a 1.5-liter V16 with a cylinder bank angle of 135 degrees.

Due to the particularly small cylinders with a relatively small stroke, this engine is a high-revving machine. It was expected to achieve around 12,000 rpm and a power output between 500 and 600 hp. Let me remind you again: We are still talking about 1950, not 1990! However, most of this power was only available in the upper rpm range, as that was when the twin centrifugal supercharger of the Rolls-Royce Merlin aircraft engine really got going. For the chassis, Mays was able to take a look at various documents from Mercedes-Benz and Auto Union, which had found their way to the UK as reparation service. The front suspension was similar to that of the Auto Union Type D and the rear axle was inspired by some pre-war Mercedes racing cars. Their interaction was unbalanced, which was true for many racing cars of that era. 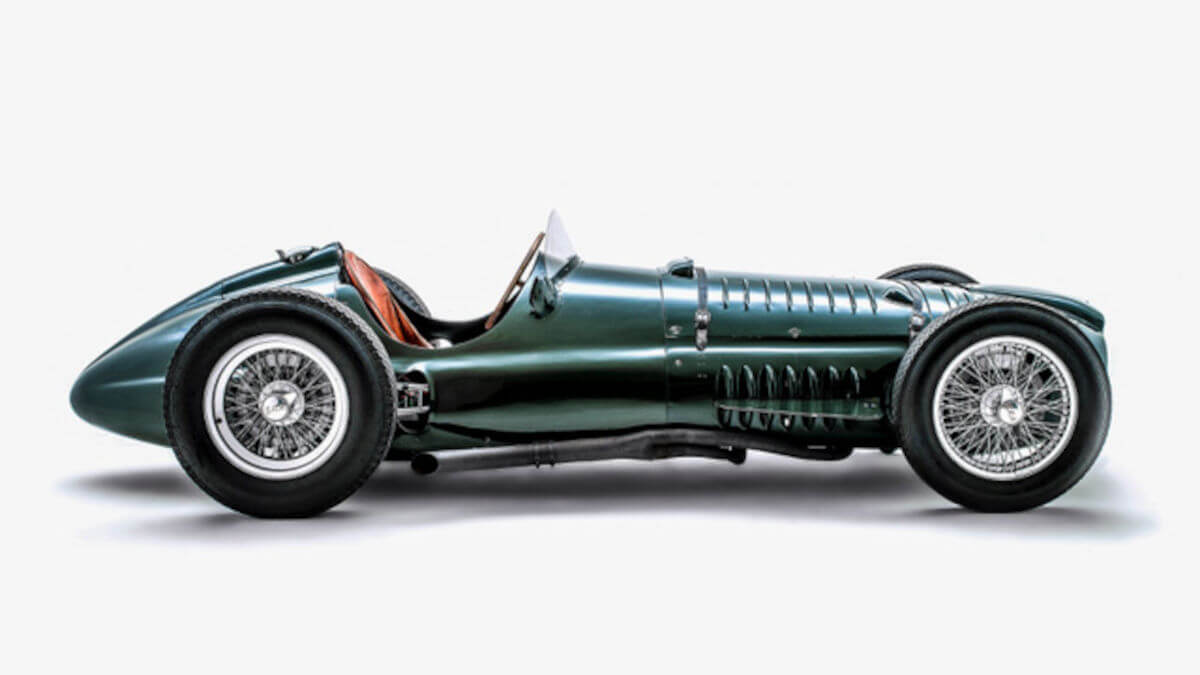 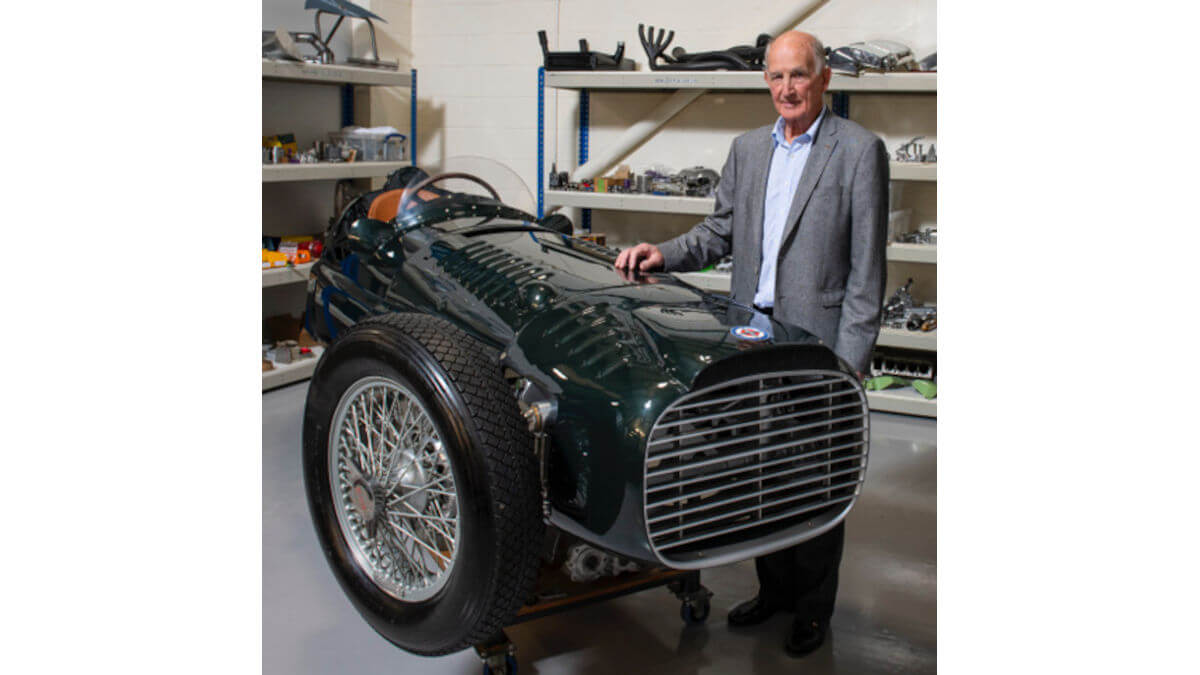 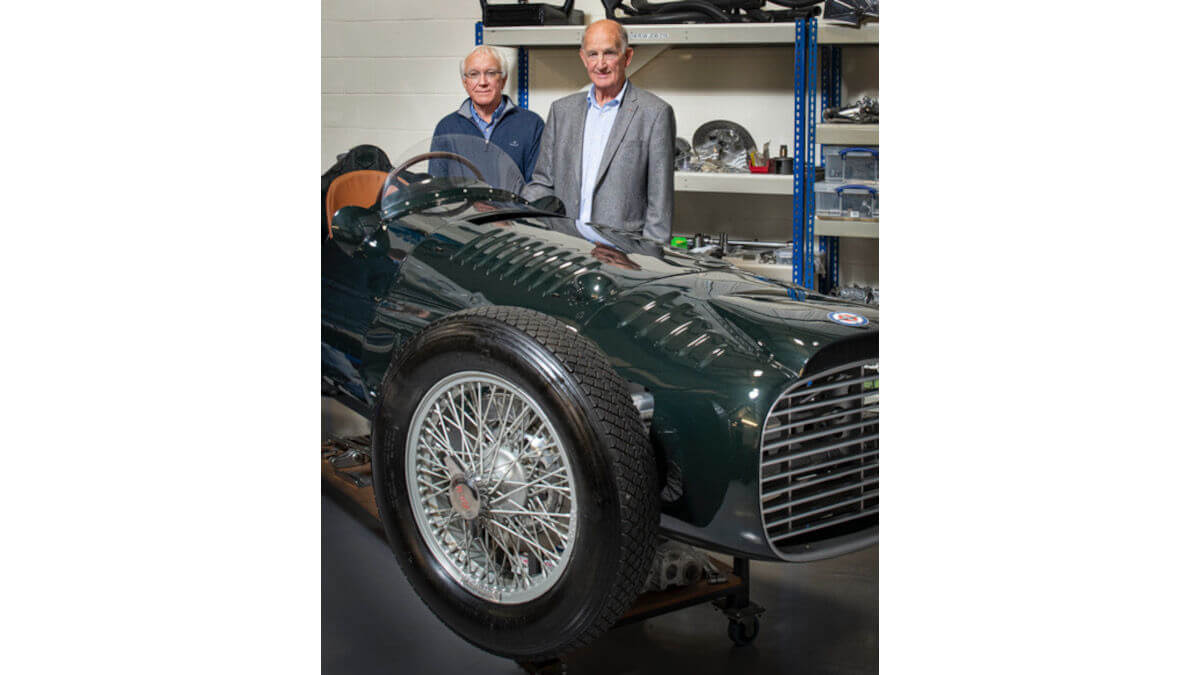 Although BRM had actually wanted to compete with the P15 in the full 1950 Formula 1 debut season, this was ultimately not successful due to various development setbacks. At the British Grand Prix, the very first F1 race, the car was only able to complete a demo lap. Subsequently, there were major problems at the premiere race, the International Trophy at Silverstone, where the car broke down after only a few meters with a broken drive shaft. A month later in Goodwood, wet and cold conditions led to victories in the Woodcote Cup and the Formula One Goodwood Trophy. Finally, two P15s were on grid positions four and five in the 1950 Spanish GP, but each time they failed in the race due to technical defects.

Only two years in Formula 1

For 1951 two new P15s were built with better brakes, new steering, different tanks and other detail improvements. One of them was the relocation of the exhaust pipes into the bodywork. This caused much too high temperatures in the cockpit during the fifth race of the ’51 F1 season at Silverstone, the first race of the new cars. Despite various burns and several laps behind the leader, Reg Parnell finished fifth and Peter Walker seventh at the end of the race. In Monza Ken Richardson was supposed to drive one of the BRMs, but was excluded by the race organizers due to lack of experience. As a result, the then 50-year-old Hans Stuck senior almost got another race honour. But after a few laps in practice the gearboxes were opened in the pits, the team found that they were irreparably damaged and the cars were withdrawn from the Italian GP. The FIA then changed the regulations for the F1 season 1952 to those of the smaller Formula 2 cars. Thus they ensured that the BRM P15 could no longer be used in F1. Instead it was raced in various club sport events until 1953, mainly in the UK.

Of the four BRM P15s built, only two and a half still exist today. Half because after an accident a new BRM P30 was built from the remaining chassis parts. Now the racing car specialist Hall & Hall is building a continuation series of the P15. This was approved by the Owen family. Sir Alfred Owen was one of the main sponsors behind the original P15. In return he became team principle at BRM and won the world championship title with this team in 1962. His son John Owen is now 81 years old. He had long wished to hear the 12,000 rpm V16 engine once again. However, the last remaining P15 Mark 1 from 1950 is now a stationary and valuable exhibit in a museum. Hall & Hall now uses around 20,000 original drawings to recreate three new P15s as true to the original as possible. They are given chassis numbers that BRM had intended for further copies, but which were never used after the rule changes in 1952. While the first copy will go to John Owen, the other two cars are still available on request. The completion of the cars is scheduled for early 2021.