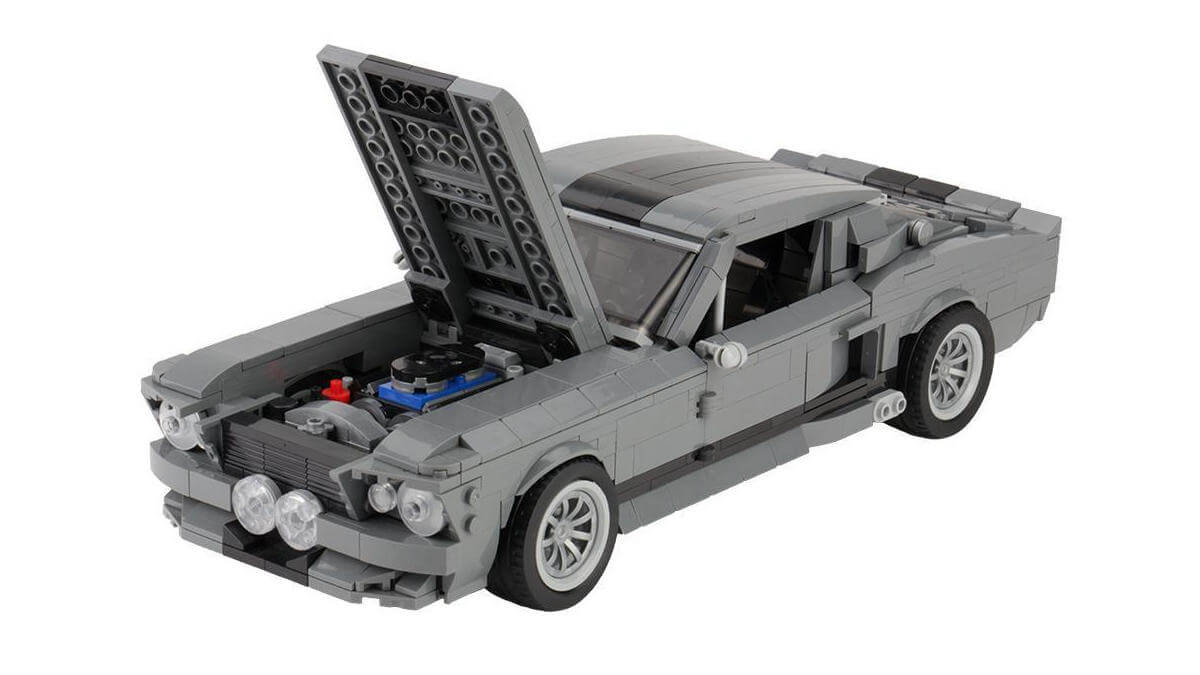 Model cars made from clamp-on bricks are currently experiencing great demand. The fact that BlueBrixx from Flörsheim near Frankfurt in Germany is therefore constantly releasing new vehicles should come as no surprise to anyone. While the industry leader from Denmark only releases one new car a year in the rough scale of 1:18, there are considerably more at BlueBrixx webshop. However, they don’t have the official manufacturer’s licenses and are therefore not allowed to offer the vehicles under the names of the respective original cars. Nevertheless, car fans can see without a doubt what they are looking at. This also applies to the latest novelty, which is a movie car from the year 2000. Whereby, the actual car is actually based on a pony car from 1967, but for the film it was given an independent look in order to stay on top with stars like Nicholas Cage and Angelina Jolie. 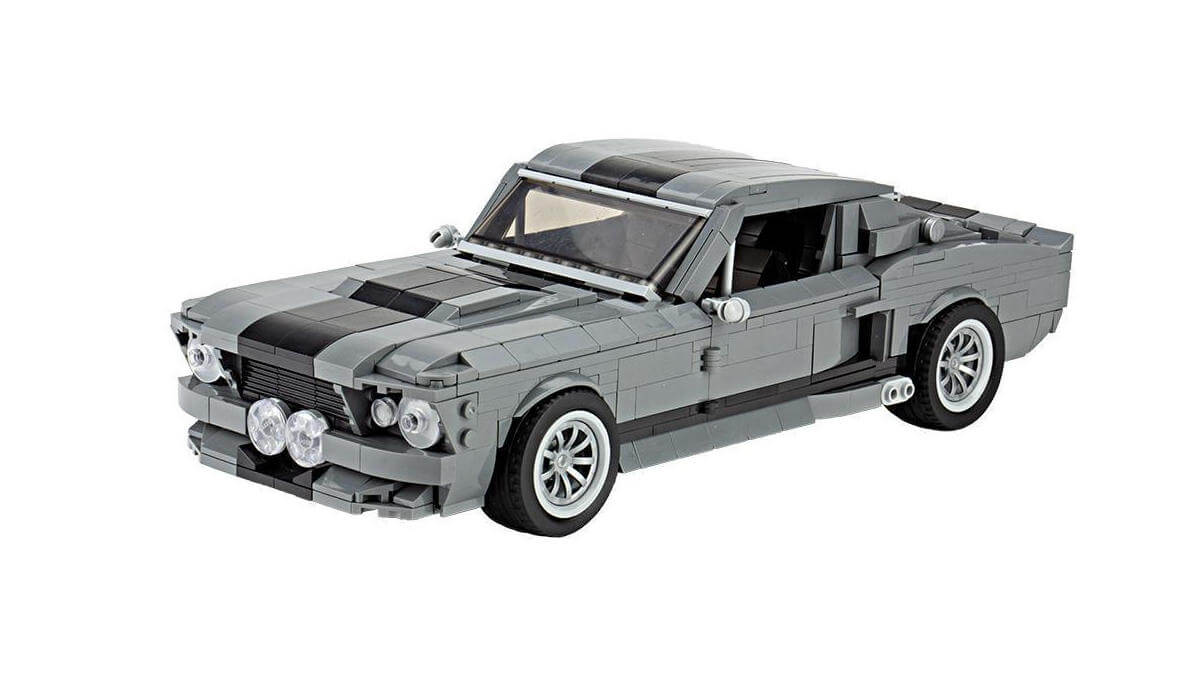 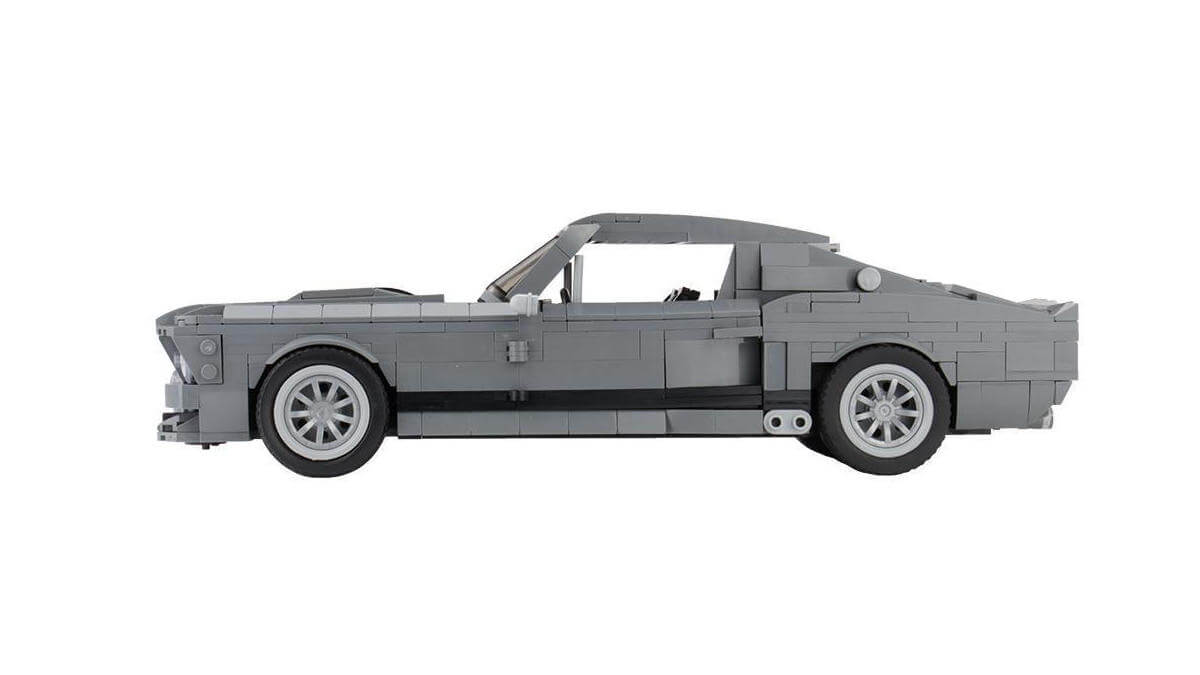 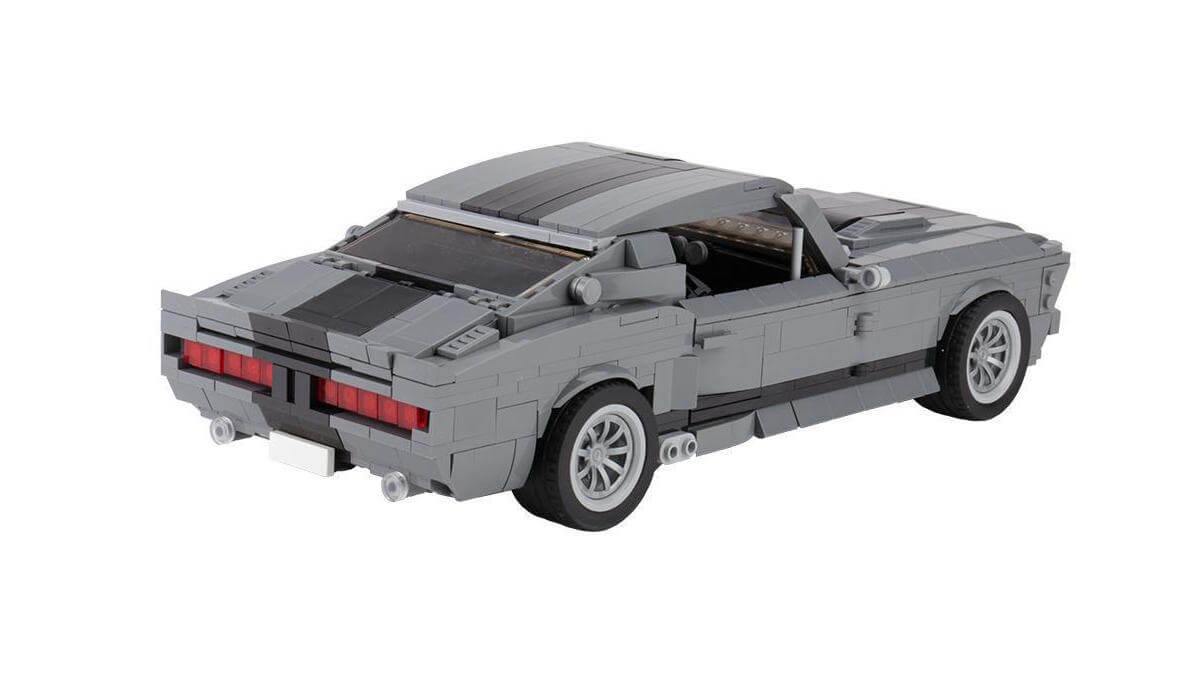 Both film connoisseurs and car freaks have long since guessed it, it’s all about Eleanor from ‘Gone in 60 Seconds’. In the model, the car can only drift around corners and jump over a tow truck in your own world of thoughts. But on the other hand it inspires with beautiful details. For example, the auxiliary headlights are installed in the front, as are the chrome tank lid or the stripes on the bodywork. The hood, doors and trunk can be opened. A total of 1,118 parts are required to create this result. The instructions, which are only available as PDF file, consist of 201 construction steps. Thanks to the VAT reduction to 16% in Germany, which will remain in effect until the end of December, the grey Muscle Car currently costs 38.94 € at BlueBrixx.