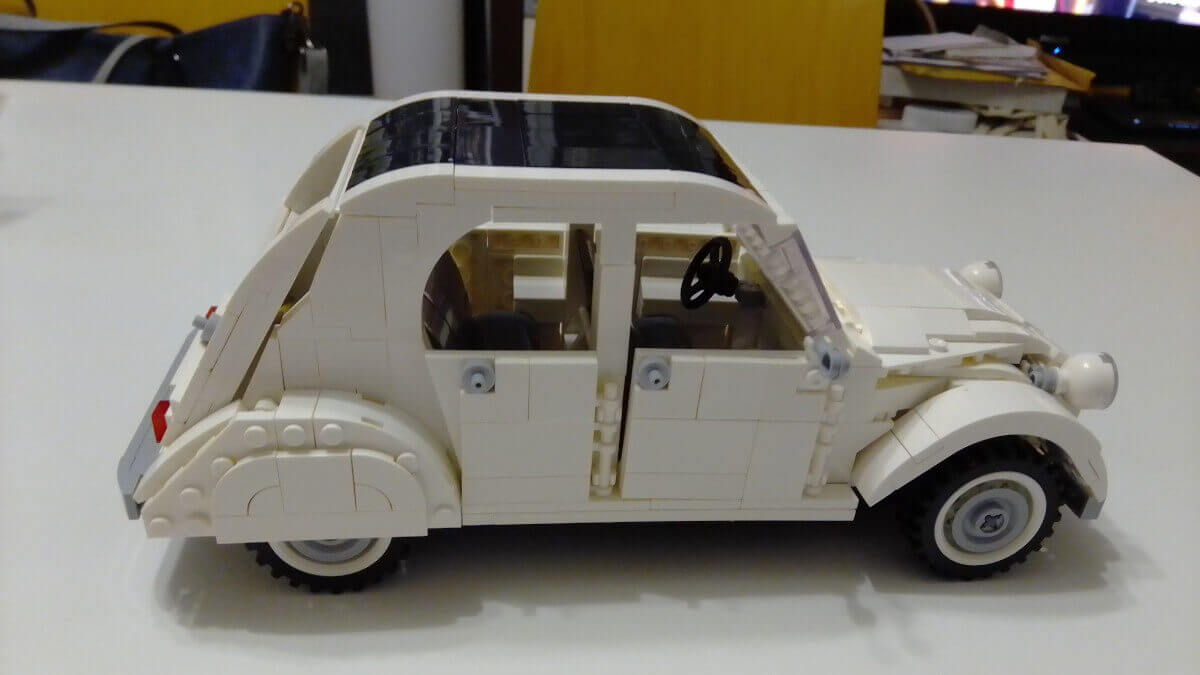 BlueBrixx, who is that? To understand this, we need a little insertion at this point. Up to now, most people in Europe are familiar with the colorful range of clamping modules, especially from the Danish market leader Lego, which used this principle from the 1950s onwards and applied for a patent in 1958. Such bricks were first used in the 1930s by the Kiddicraft company of British psychologist Hilary Fisher Page. Lego copied the construction principle and took over Page’s trademark rights in Great Britain after his death. However, the patents expired in Germany in 2009 and in Europe in 2010 following court rulings, which cleared the way for companies to bring compatible bricks onto the market. Since then, more and more manufacturers have been pouring into toy retailers or are available through online shops. While we would like to warn at this point especially against importing products from Asia on one’s own initiative, as there are often illegal copies of existing sets from other manufacturers at cut-throat prices, which then rightly get stuck at customs and cause high costs for the respective buyer, there are also many suppliers who are worth a closer look.

BlueBrixx is basically an importer for various brick manufacturers. Founder and boss Klaus Kiunke attaches great importance to quality and legally imported models. In addition, the company meanwhile also produces its own models. Besides trains and wagons, heavy transport trucks or tanks, the miniature model of Manhattan is remarkable. Divided into several construction phases, the result is ultimately a huge image of what is probably New York’s most famous part. But the BlueBrixx team can also convince on a larger scale. The Danish market leader has been producing cars on a scale of approximately 1:15 for several years now, and we recently reported on their new Fiat 500 F, which was added to the fleet in 2020. However, some fans think that the supply of new cars could be faster and that there are some famous cars around, which should be available immediately. Also the prices have been rising again and again with new models (the Fiat is a small exception of that rule). BlueBrixx is now also targeting this gap in the market with its own car miniatures in the same scale. Four of which are already available. 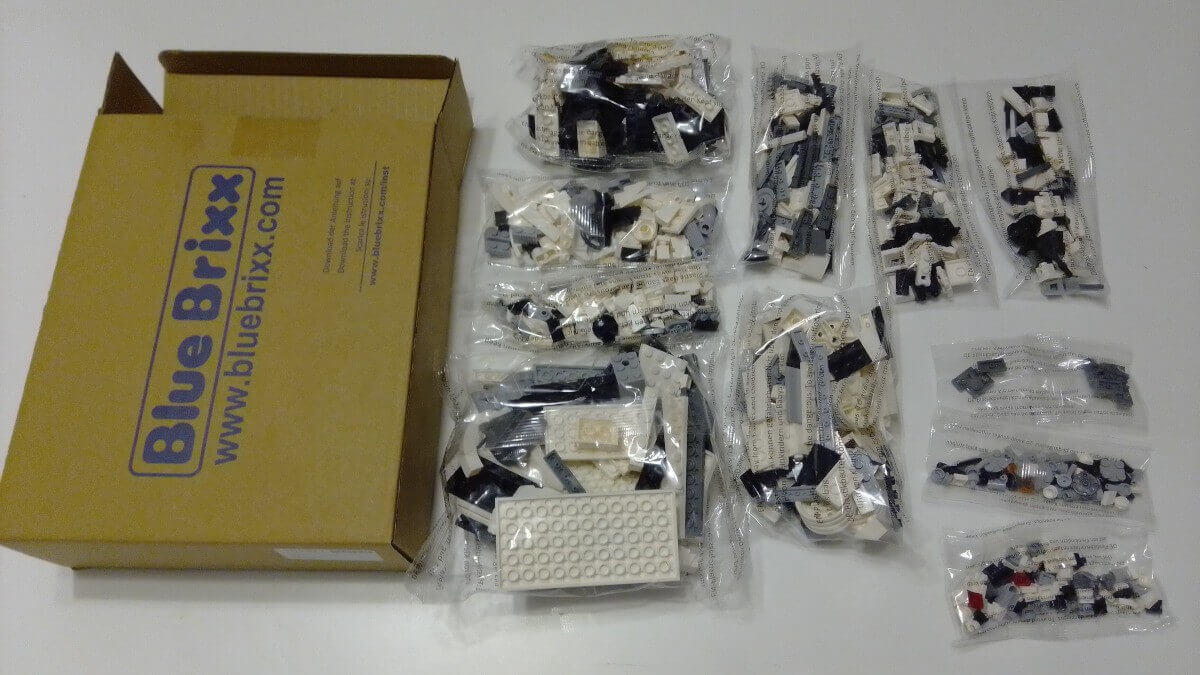 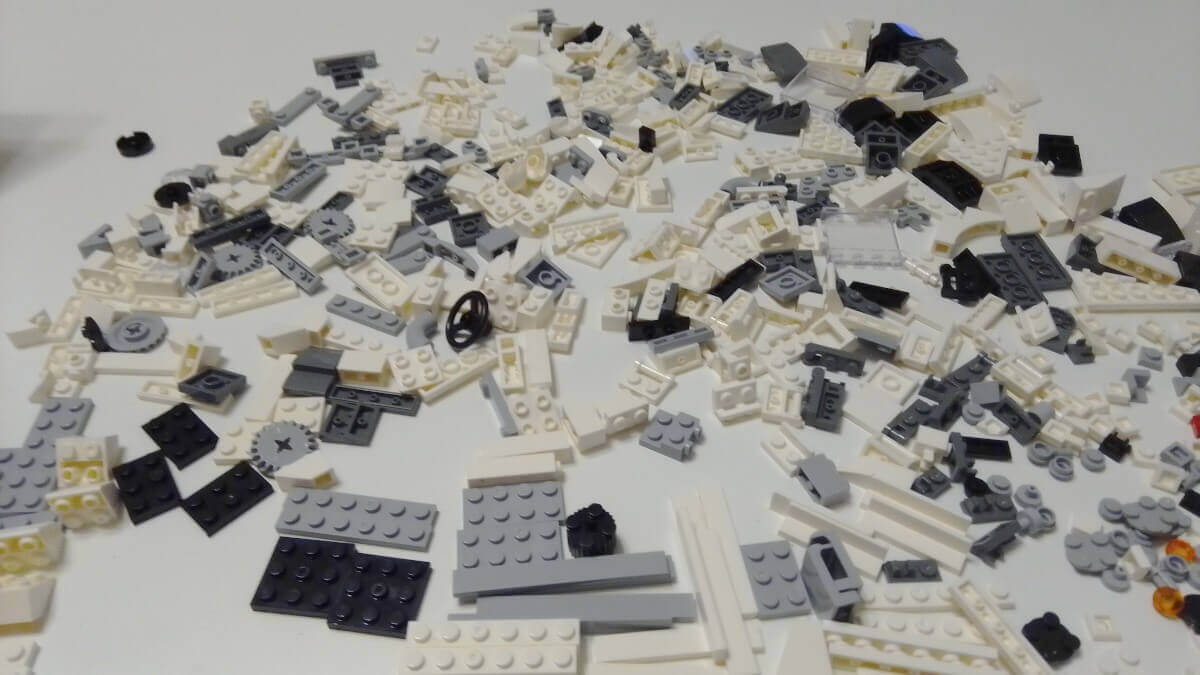 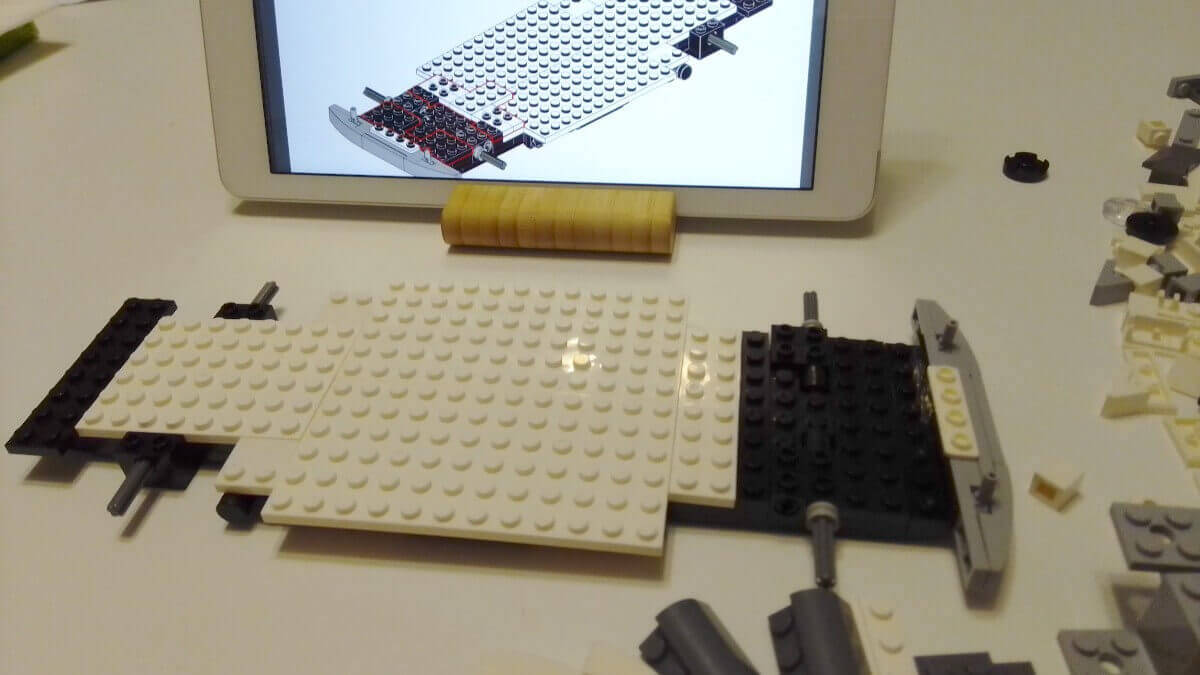 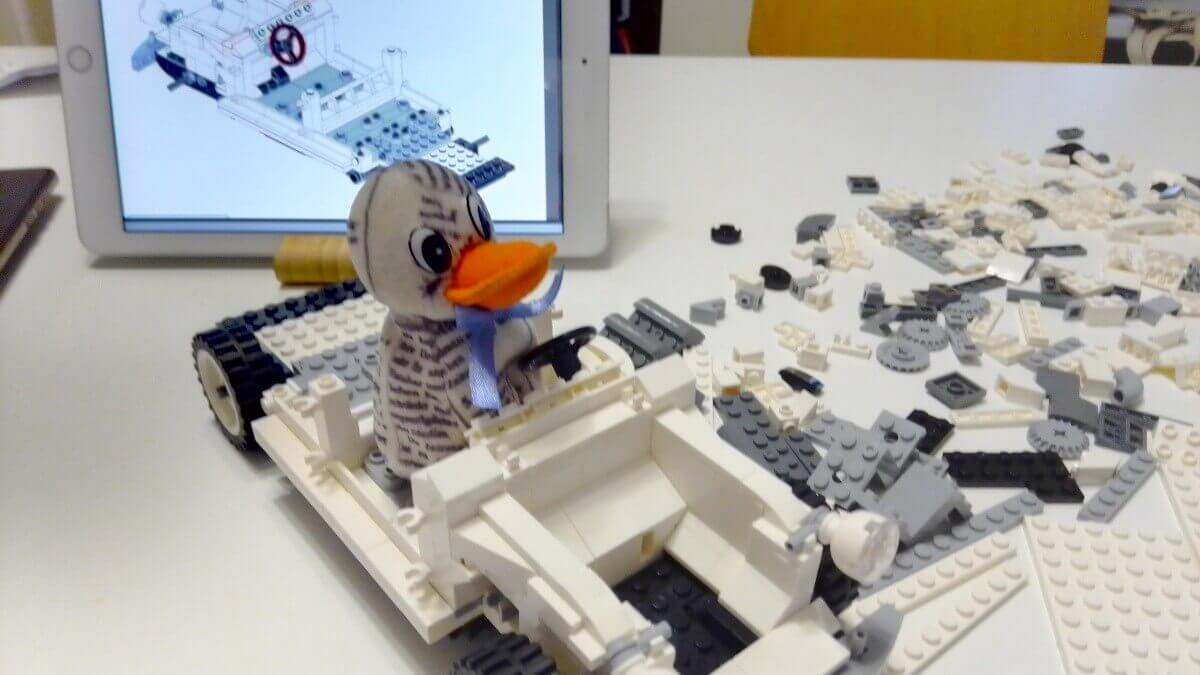 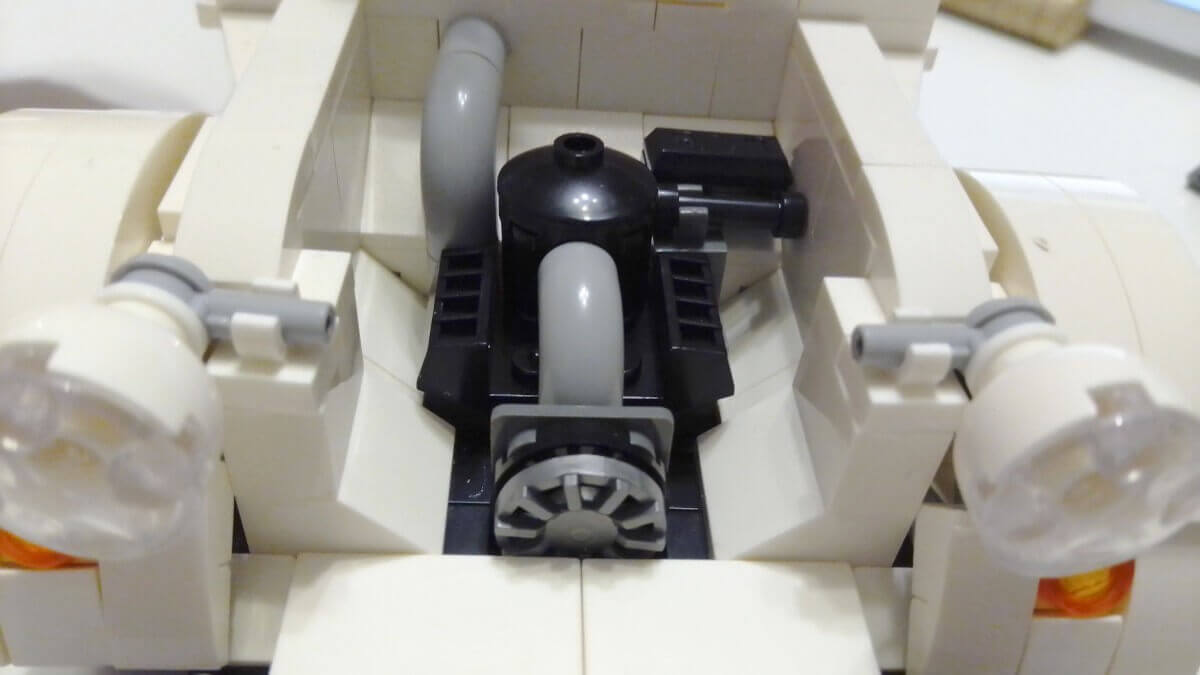 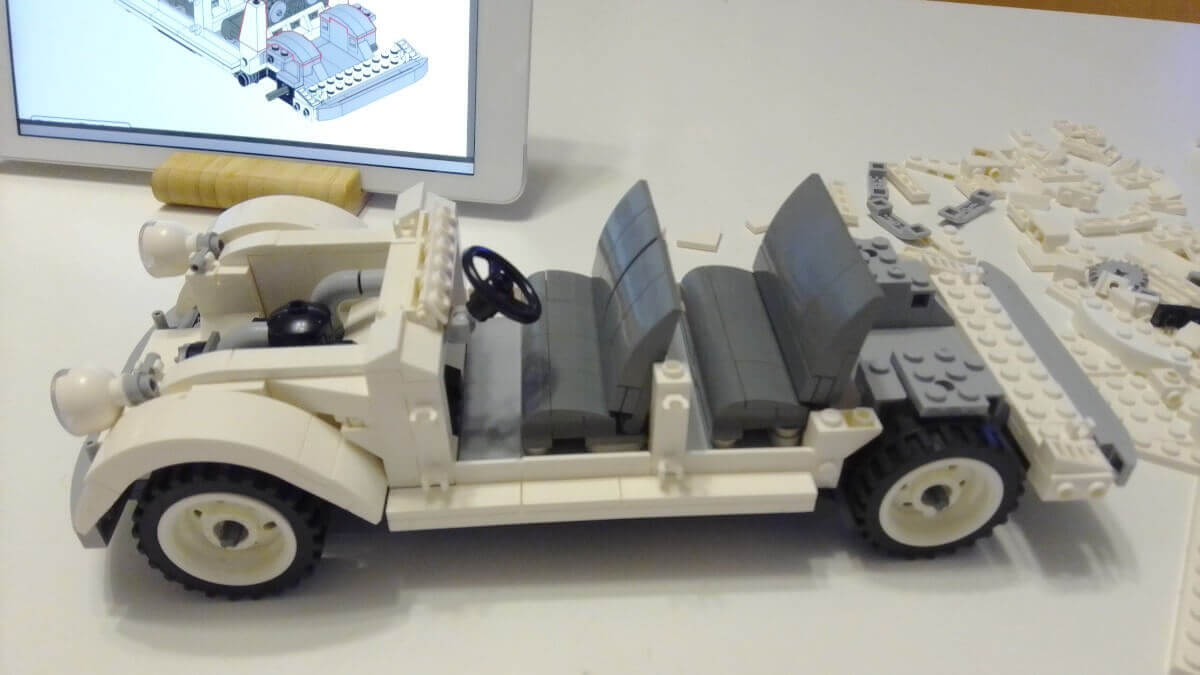 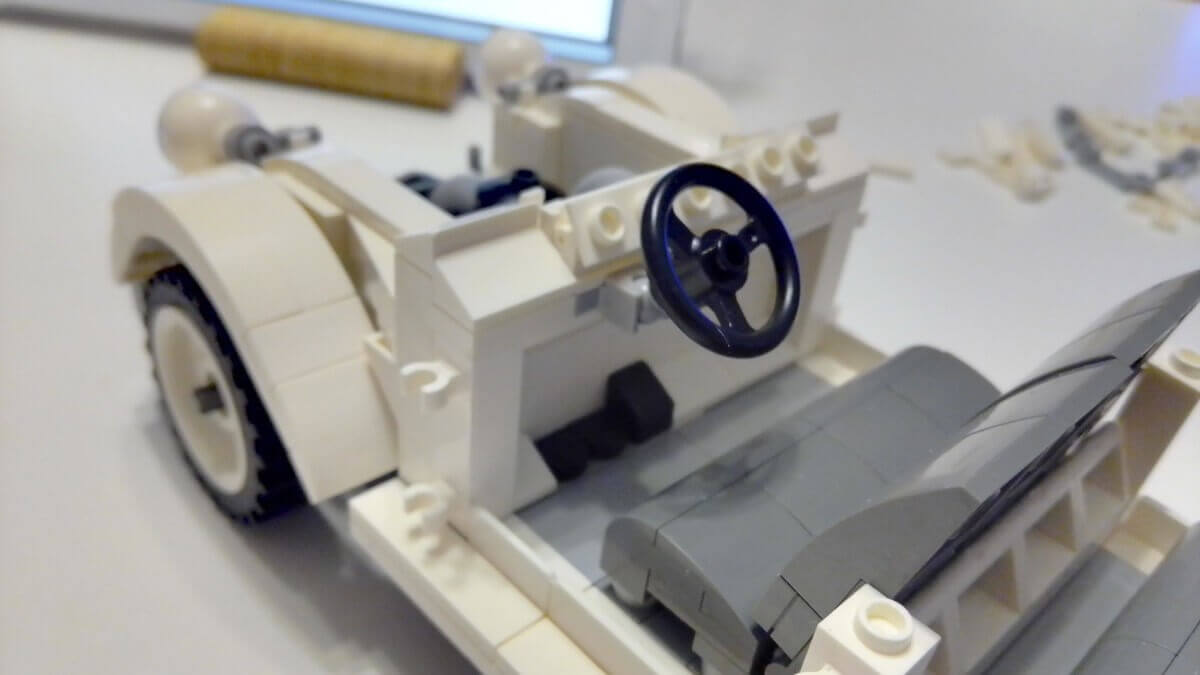 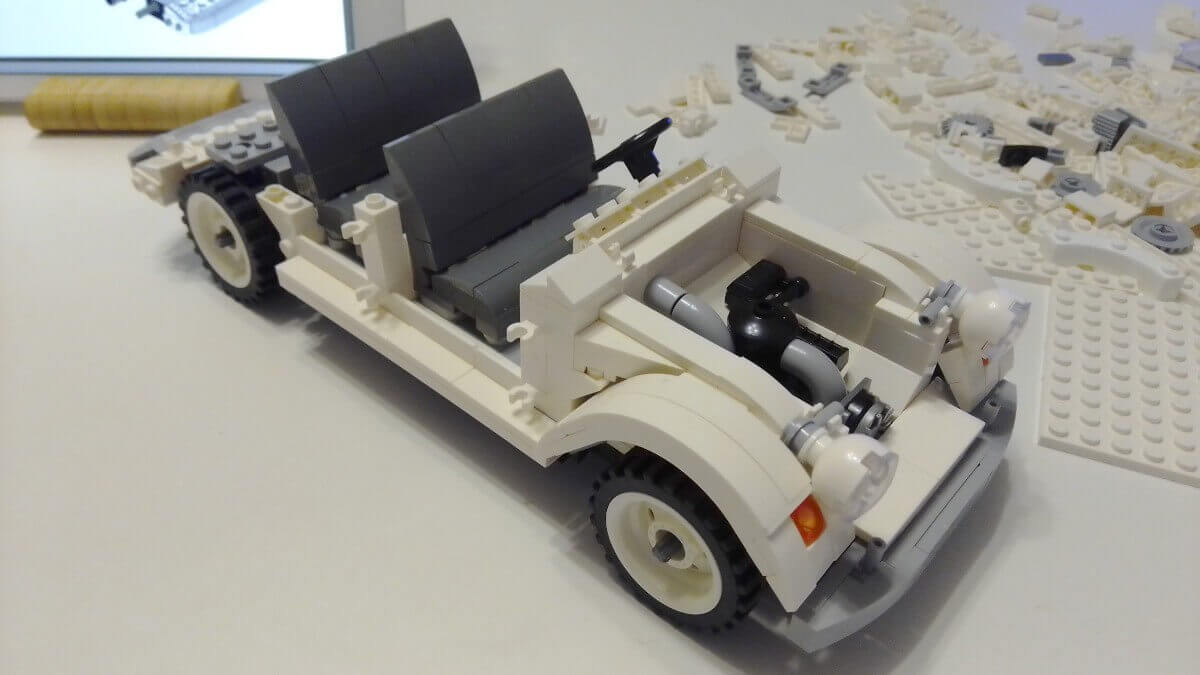 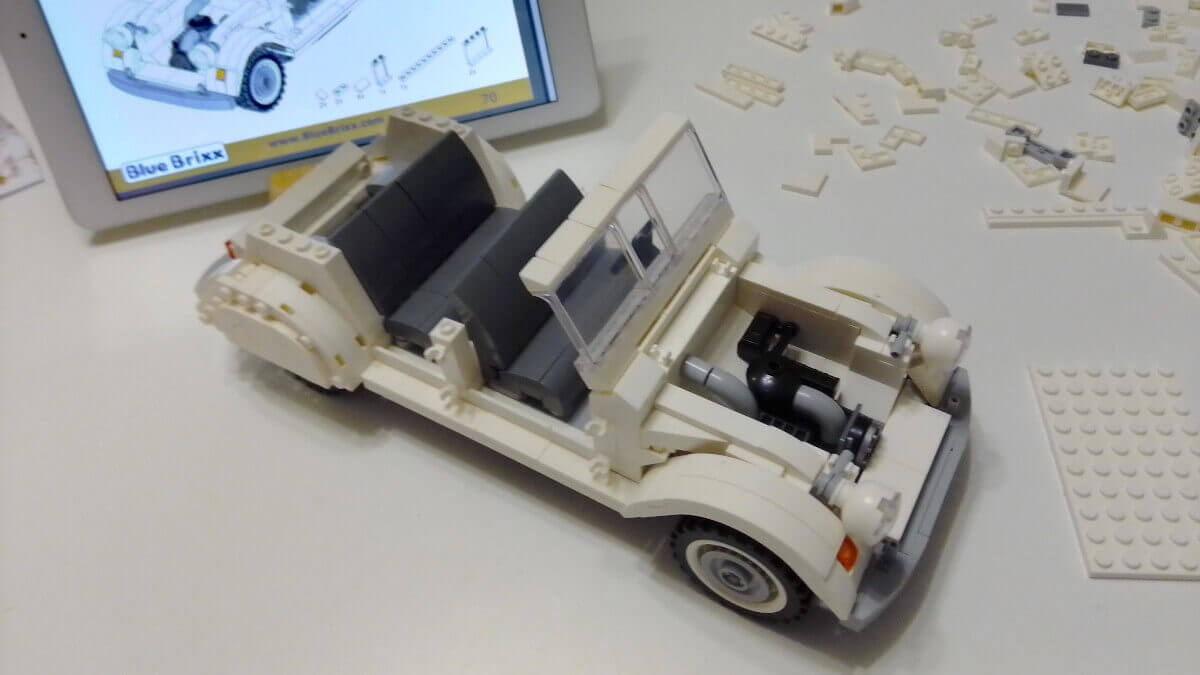 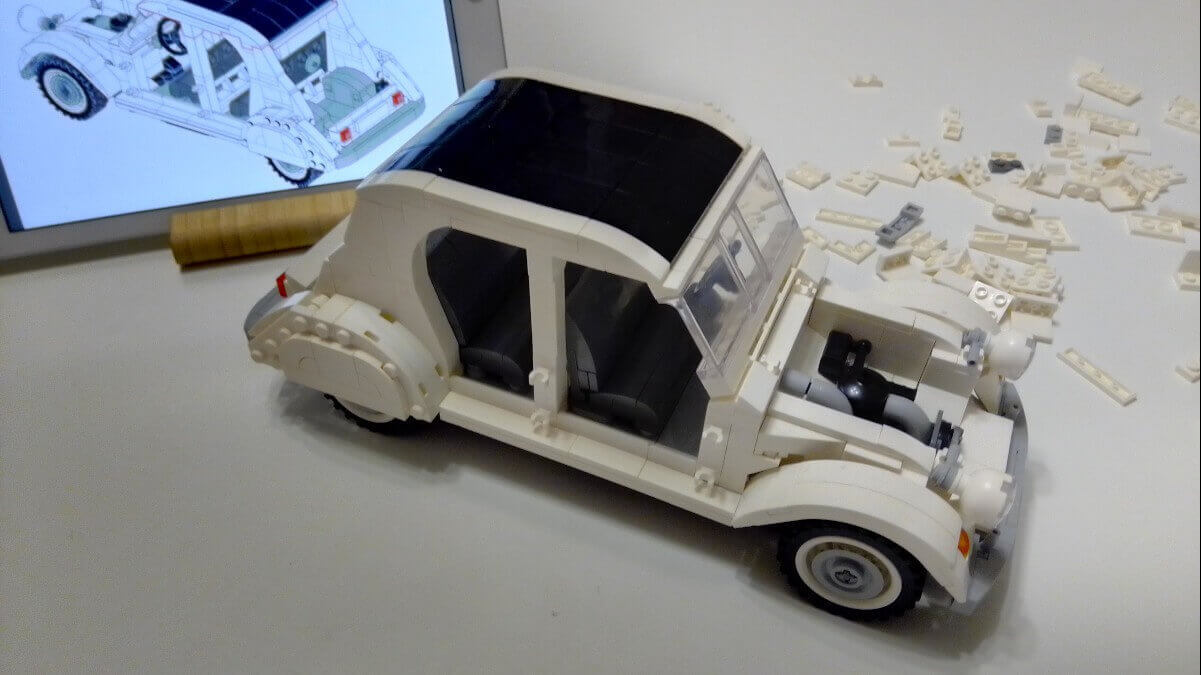 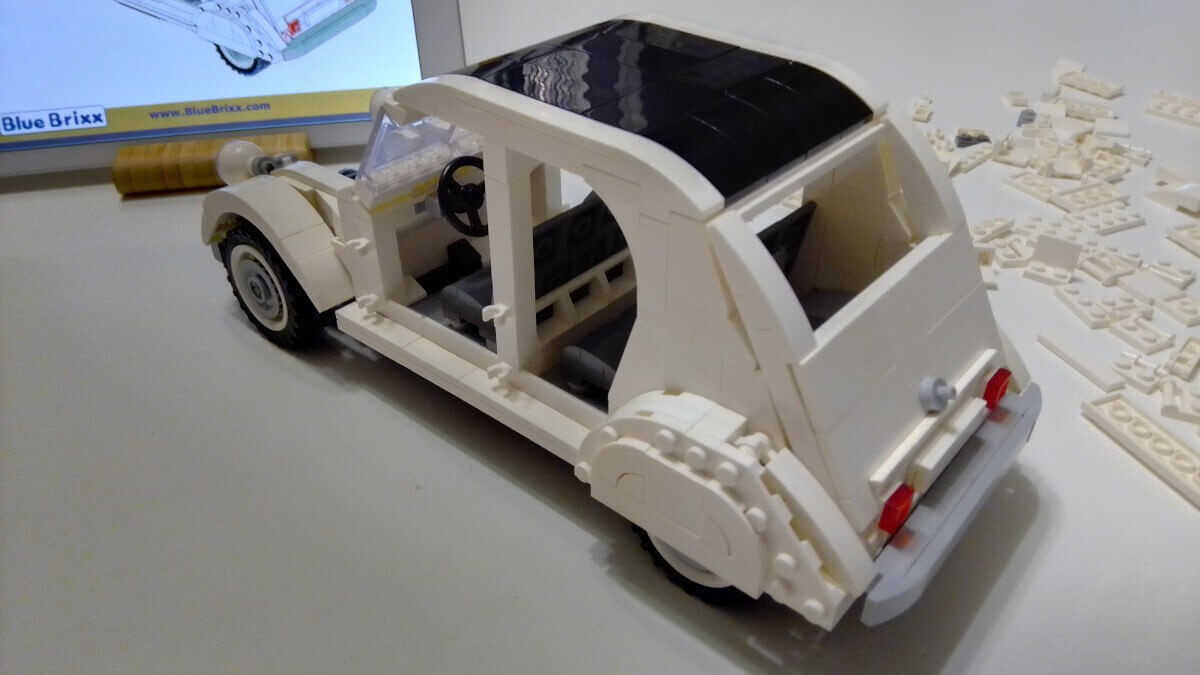 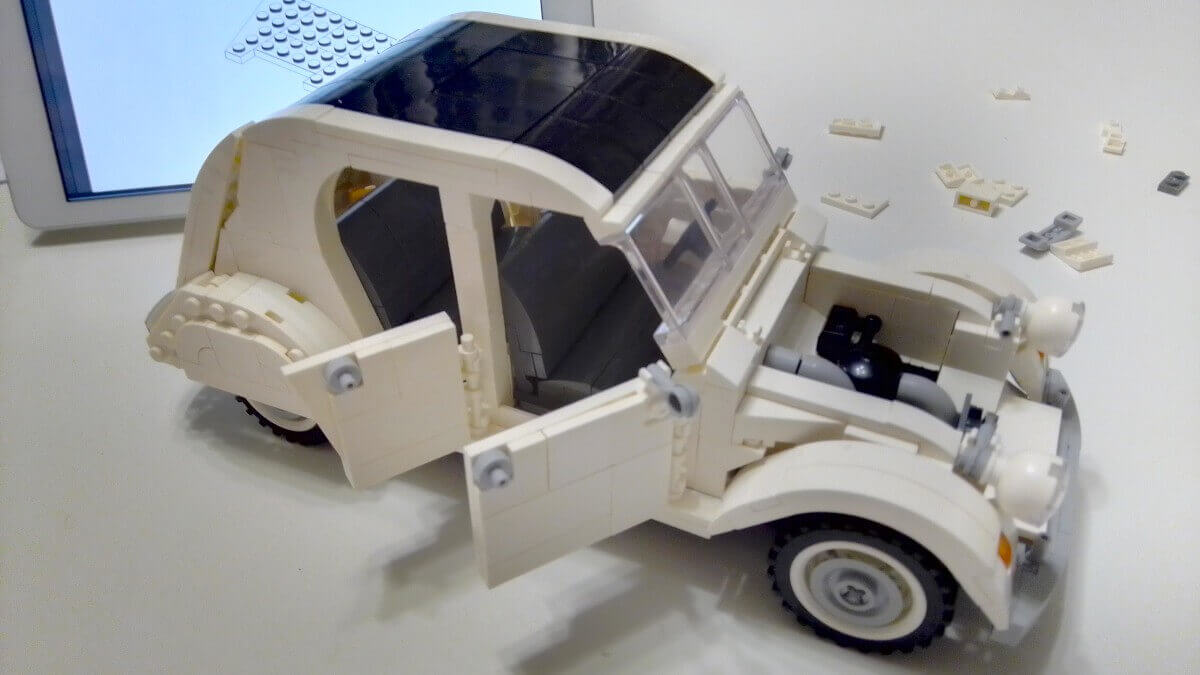 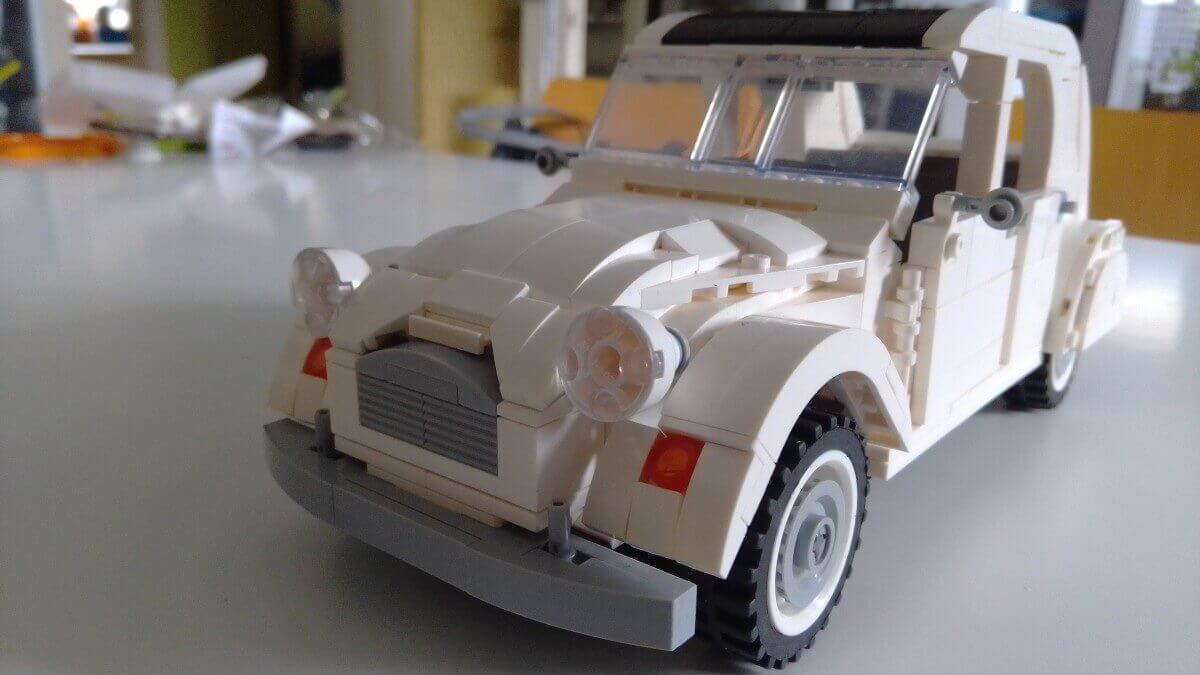 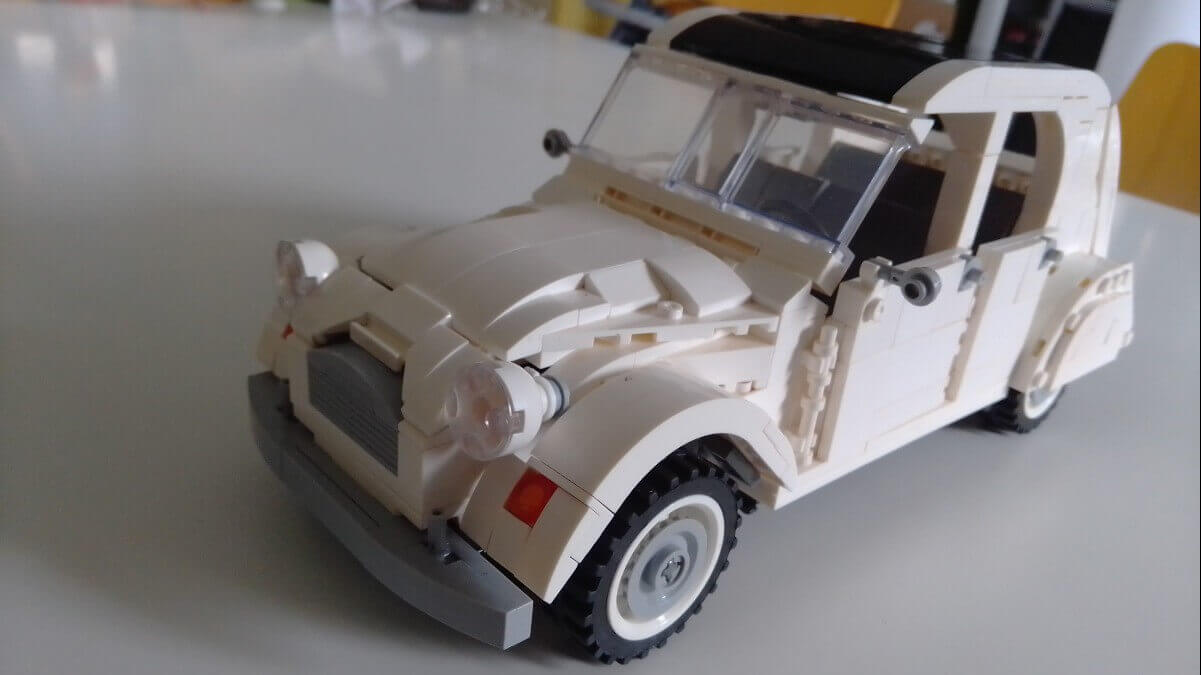 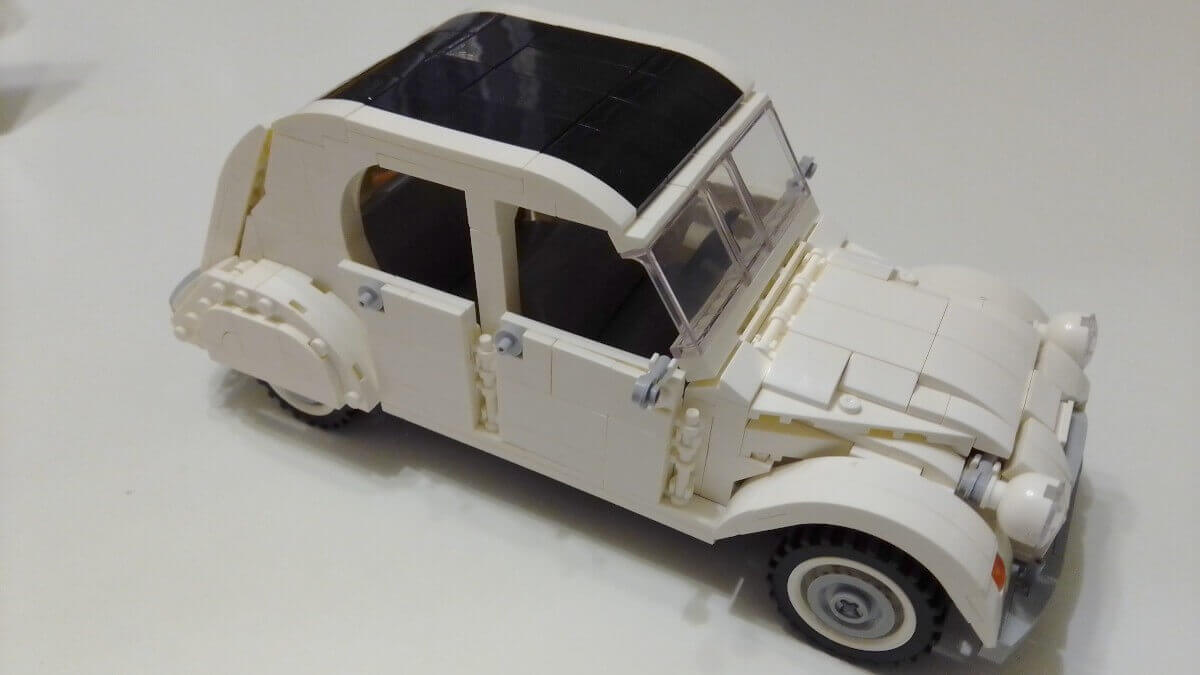 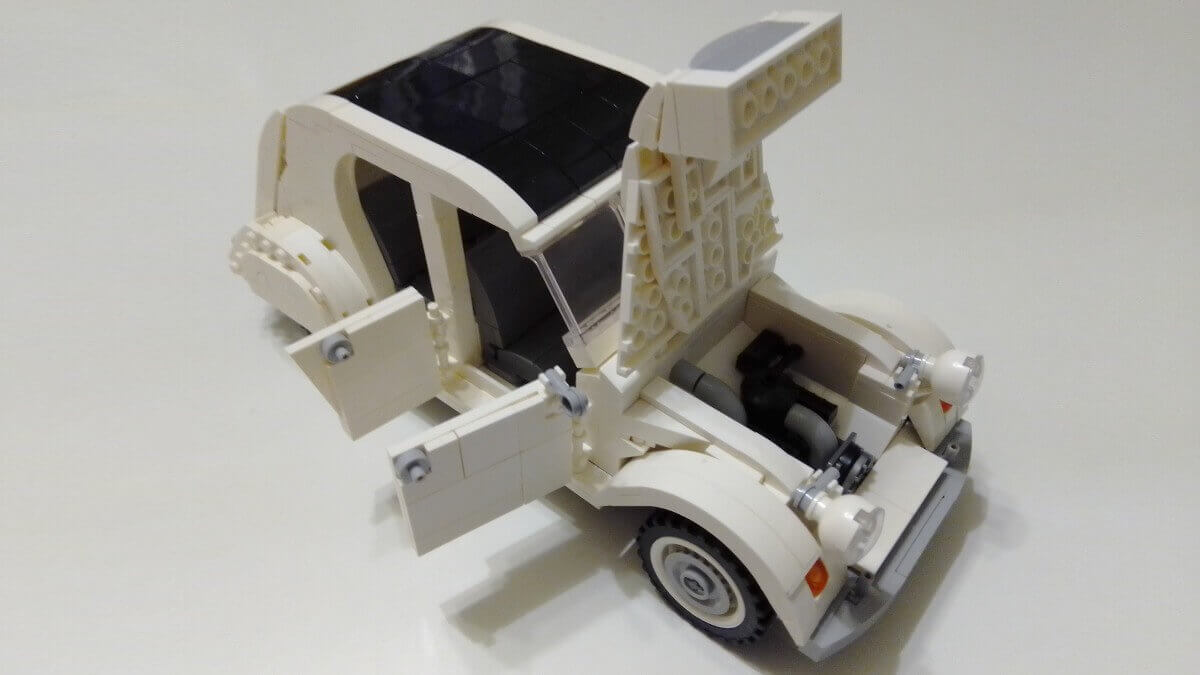 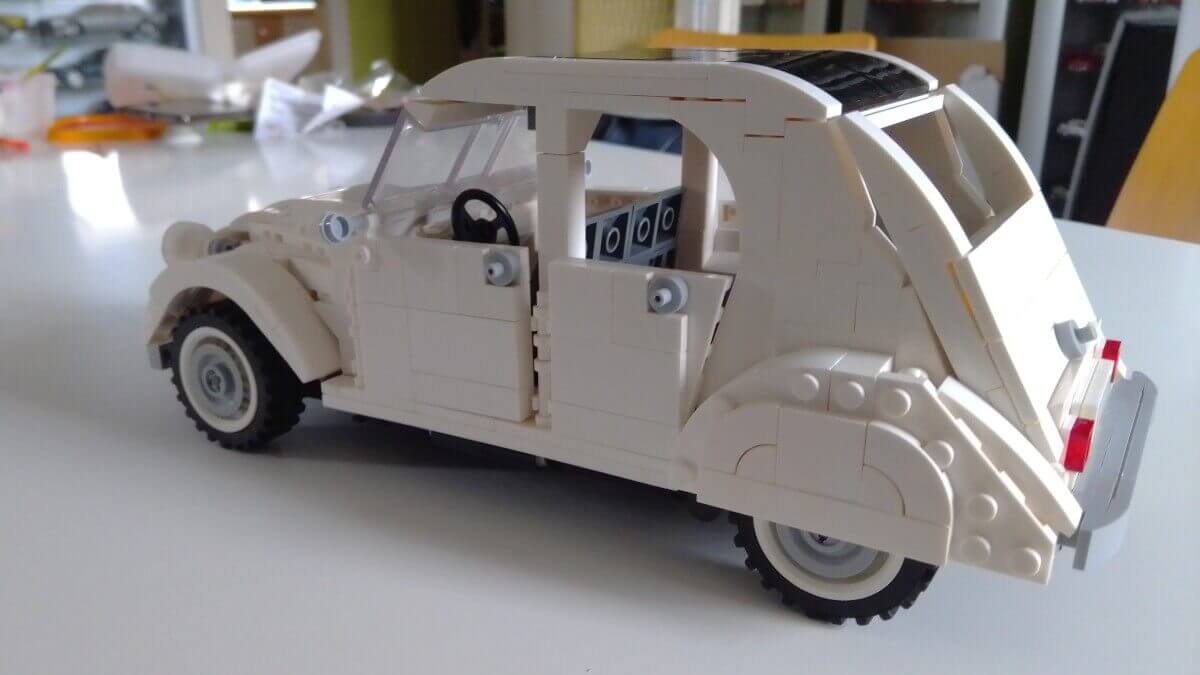 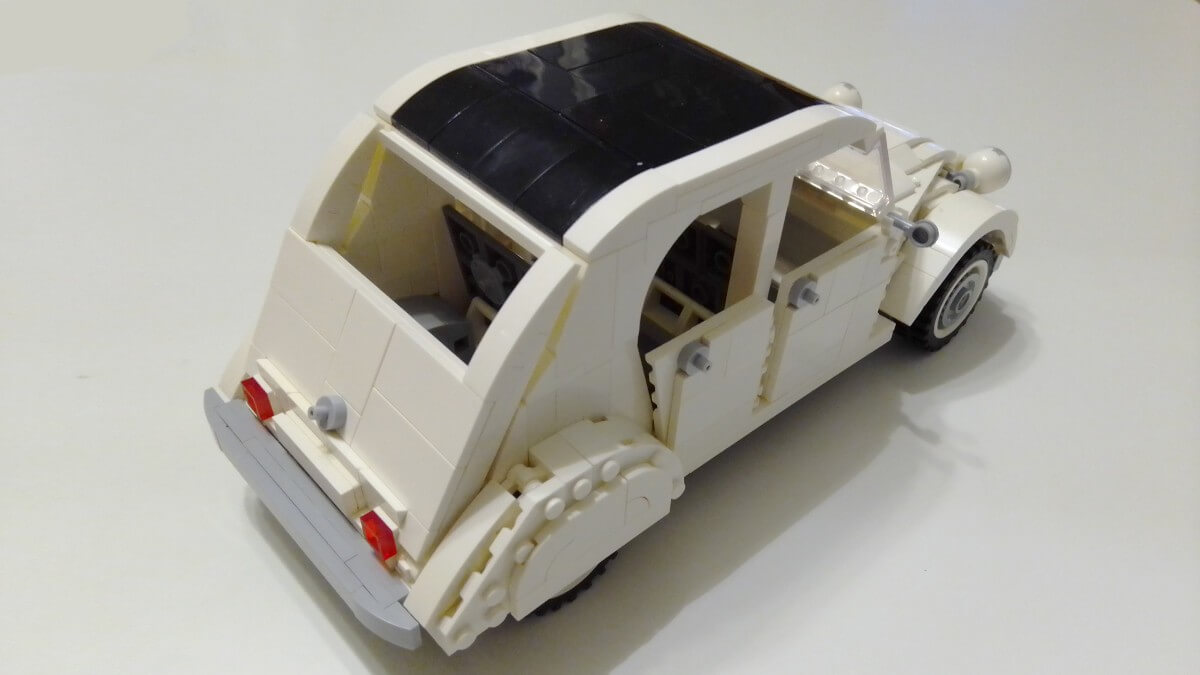 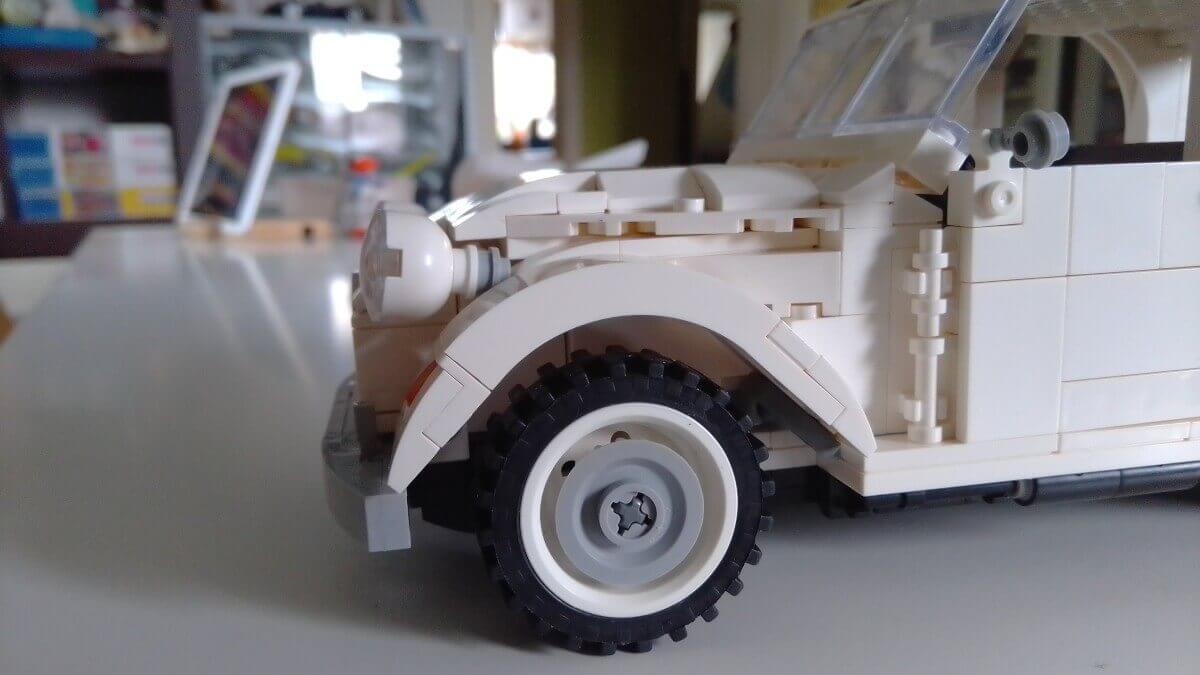 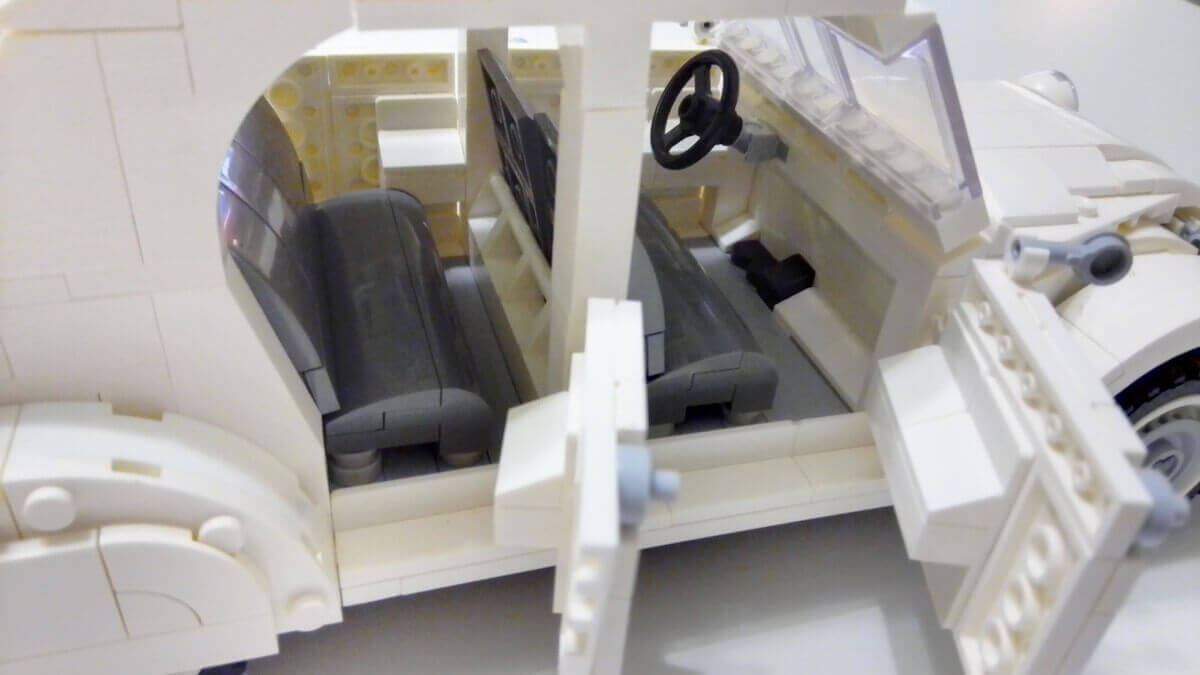 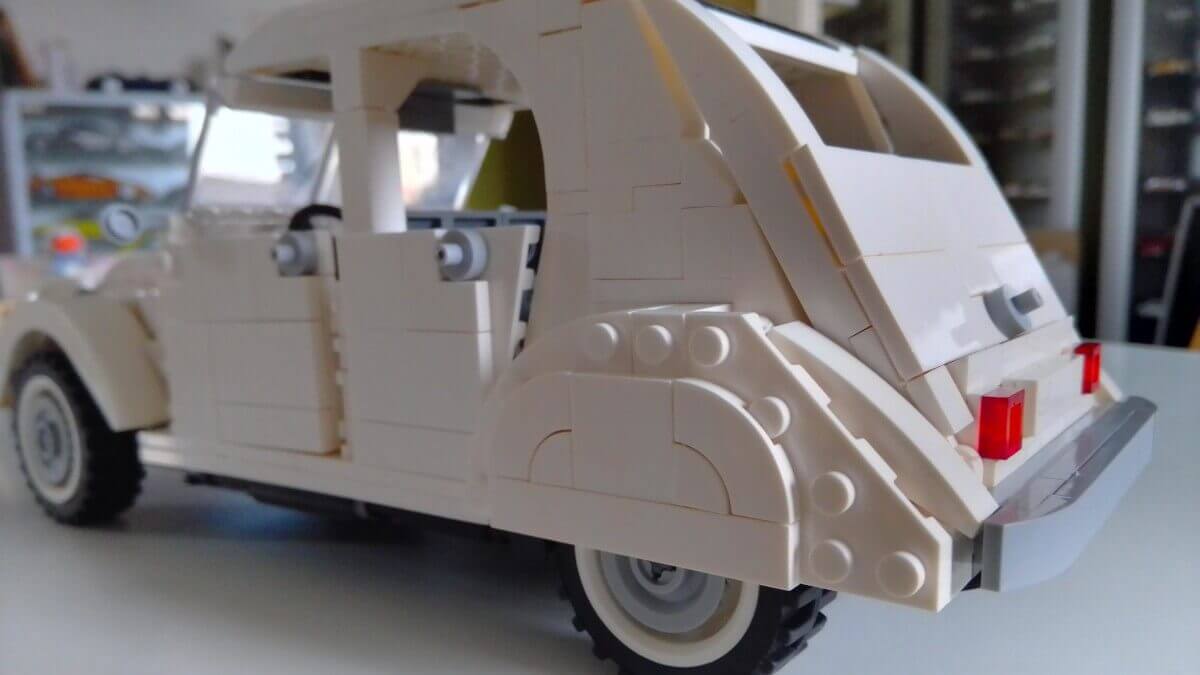 We are reporting here first of all on the smallest model in the series. The car is officially offered as a ‘classic small car’. The German package is labelled ‘Ente’ (duck), which gives away the German nickname of a French people’s car from the post-war era. This was clearly the inspiration for this model. However, brand logos are deliberately not found – but they are also not perceived as missing. In contrast to the sets from Denmark, the packaging already catches the eye – or maybe not. If you are used to colorful advertising photos, here you will mainly see brown cardboard. In the same way, BlueBrixx deliberately refrains from printing the building instructions. Customers can download these from the company’s own website and then either print them out themselves or have them displayed on a computer monitor or tablet.

In 131 clearly marked building steps, 728 parts are combined to create a really beautiful car model, which doesn’t have to hide from the Danish Creator Expert series. Doors and the front hood can be opened to reveal the engine, which also made of small bricks, or the pedals in the driver’s footwell. The set designers have even thought of an interior rear-view mirror. Interesting construction techniques are used to build the bodywork, which in their complexity never present even novices with unsolvable tasks. If you would like to treat yourself to this assembly fun as well, you can find the classic compact car at the BlueBrixx website for 36.95 € plus shipping costs.