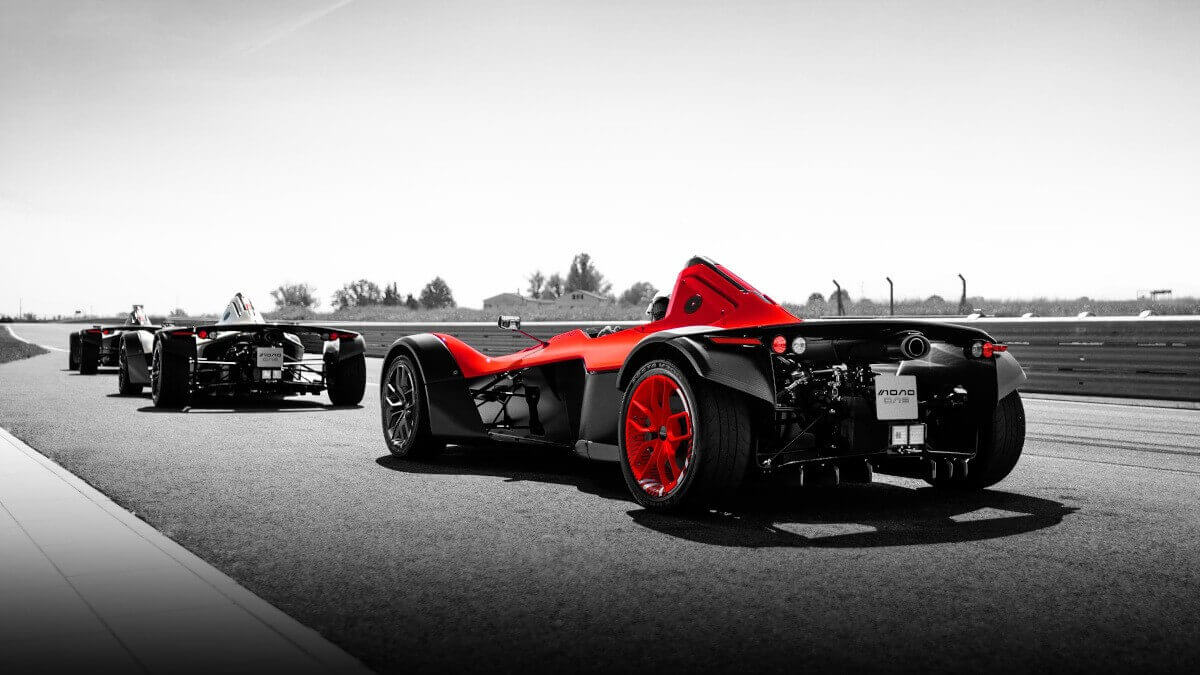 A little over a decade ago, the Briton Ian Briggs was inspired by the music video for Björk’s single ‘All is full of love’ to create a unique automobile. In this spot, two humanoid robots discover their love for each other. Briggs, on the other hand, was enthusiastic about the simple way of showing ultra-modern technology without revealing all the components. As a result, he presented his sports car Mono at the Retro Classics in Stuttgart in 2011 as a single-seater with borrowings from formula racing cars and aesthetics of the aforementioned robots. Shortly afterwards, series production began at the Briggs Automotive Company (BAC) in Liverpool, which he and his brother Neill founded. The Mono became the world’s only road-legal sports car with just one seat. There is no windscreen, side windows or even a roof. It deliberately embodies a pure fun vehicle without high everyday utility. BAC assumes that the Mono is by no means the main vehicle of their customers, but rather is taken out of the garage on weekends or holidays for fun trips over winding country roads or on race tracks. Over time, the network has grown to nine dealerships in seven countries outside the UK, but now has customers from more than 40 countries worldwide.

In the latest version, the 2.5-liter Ford four-cylinder engine delivers 309 hp in the Mono and even 344 hp in the parallel offered Mono R thanks to a reworking by the British tuning company Mountune. The kerb weight of only around 600 kilograms allows the driver to experience driving performance that goes far beyond the normal sensation in classic sports cars. The standard semi-slick tyres naturally make a good contribution to this. The topspeed stated in the papers is 274 kph (170 mph). In recent years, professional racing drivers have set a total of ten lap records for road-legal production cars with the BAC Mono on race tracks all over the world. In addition, BAC has won more than a dozen international awards for the extraordinary design and technological impulses contained in the single-seater. 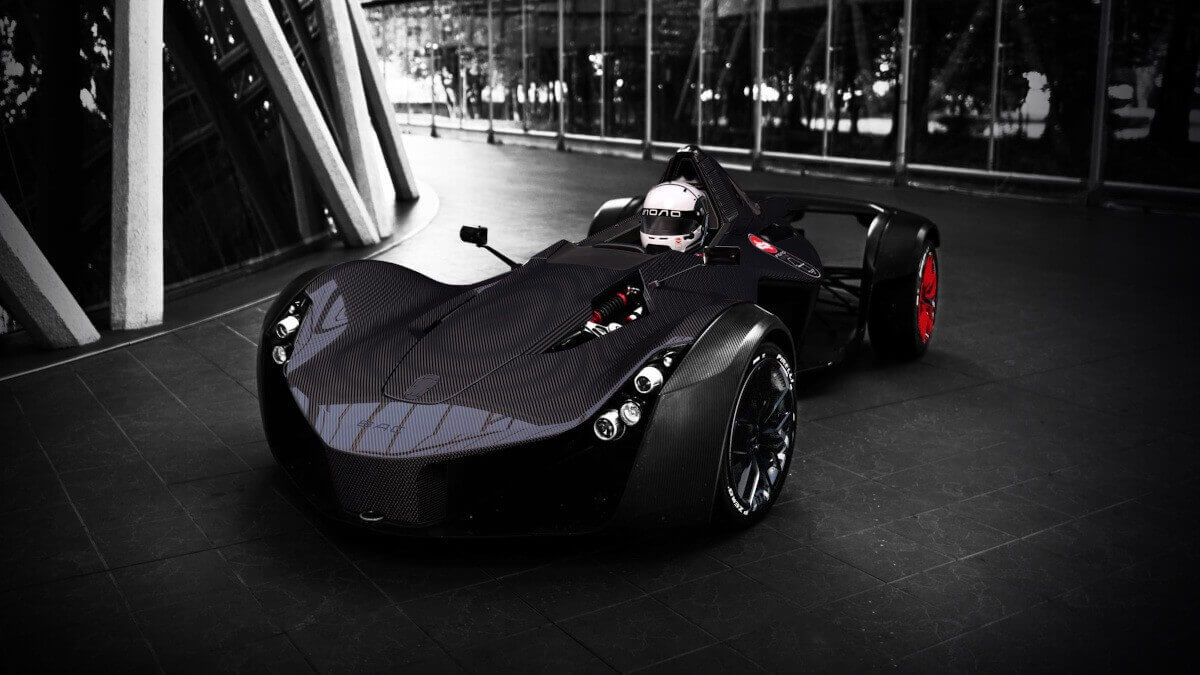 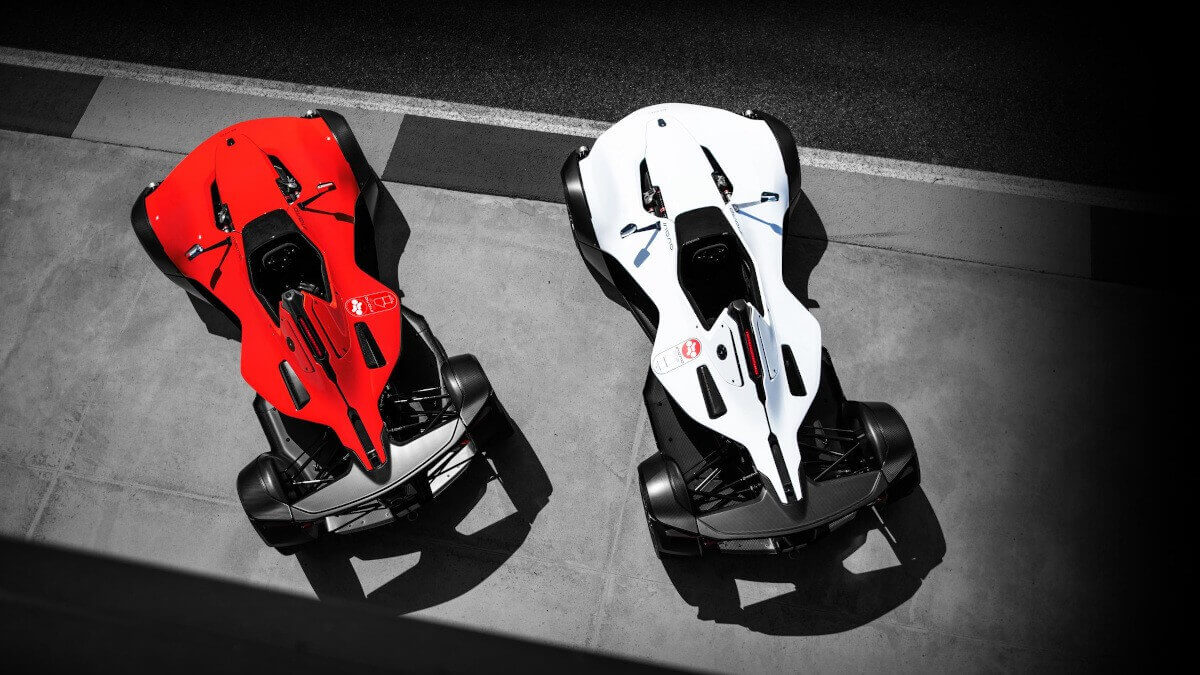 As the second generation of the Mono is due to debut at the Geneva International Motor Show at the beginning of March and will be on the roads from mid 2021, BAC is concluding production of the current vehicle with exclusive ‘One’ special edition. This designation refers to the fact that only one car from each of the three available configurations has been built. Common to all of them is a lower body in visible carbon, the carbon-hybrid wheels in a unique color scheme and special logos that stylise the face of the robots from the Björk music video.

At this point, let’s start with the vehicle in Carbon Black. It has got a full bodywork in black bare carbon fibre, while the logos on the side of the rollbar behind the driver and the stitching inside the cockpit are set off in red. The second car is shown in Neon Red with logos painted in white and red stitching inside. The very first Mono shown in Stuttgart already was painted in classic white and most of the customer cars were also ordered in white. Accordingly, one of the three final vehicles shows Gloss White with red logos. Each owner of a Mono One will receive a custom-fit racing helmet with a paint scheme inspired by the Björk robots. the base price for the final special edition model in the UK is £ 158.950.