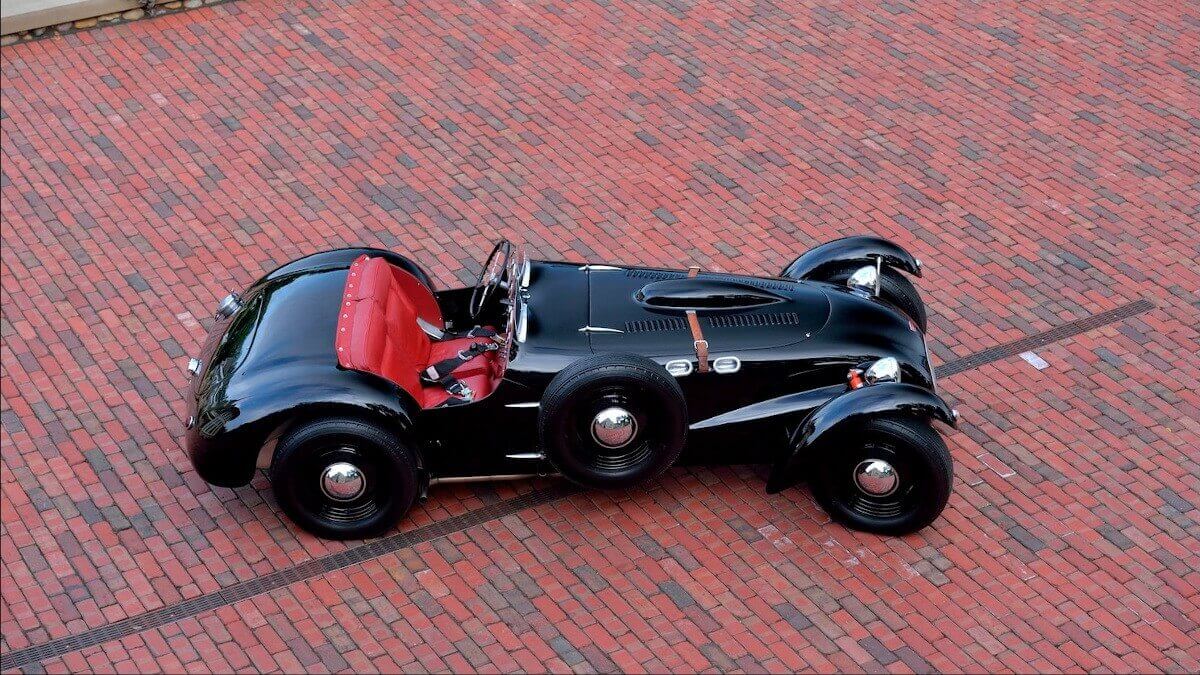 Shelby’s inspiration for the Cobra

After World War 2 a new group of former fighter pilots and other car enthusiasts developed in Great Britain, who converted the remaining pre-war cars into sports racers and raced them on the now unused airfields all over the country. Also in the USA there were corresponding groups of car fans, who wanted to let off steam at club races on the weekends. From this movement numerous new car brands developed bit by bit. Sydney Allard, for example, founded his Allard Motor Company Ltd. in 1946 in the premises of the Southern Motor Company in London’s Clapham district. Ten years earlier, before the war, he had already offered his Special in small numbers and had built up some one-off cars with American V8 engines. Now the first real production vehicle followed in the form of the J1, which was designed as a racing roadster. As in the more comfortable K1, L, M and P models, a 3.6-liter Ford V8 engine provided the drive ex works.

In 1950, the successor to the J1 was the J2, which customers outside the home market could order with engines from Mercury, Chrysler and Cadillac or without an engine to install a suitable engine for their own. In Great Britain, the 3.6-liter V8 from the Ford Pilot with 85 hp sat under the hood. In terms of size and design, Allard had also taken wishes from the USA into consideration. At the front a swing axle with coil springs was used, at the rear a rigid De Dion axle with coil springs was used. Many of the 90 customers who ordered a new Allard J2 Roadster used it for club races or even larger race events. Company boss Sydney Allard and racing driver Tom Cole drove one car to third place overall at the Le Mans 24 Hours in 1950, although the three-speed gearbox only worked in third gear. A year later Bill Pollack drove an Allard J2 with Cadillac engine to overall victory in the Pebble Beach Road Race. 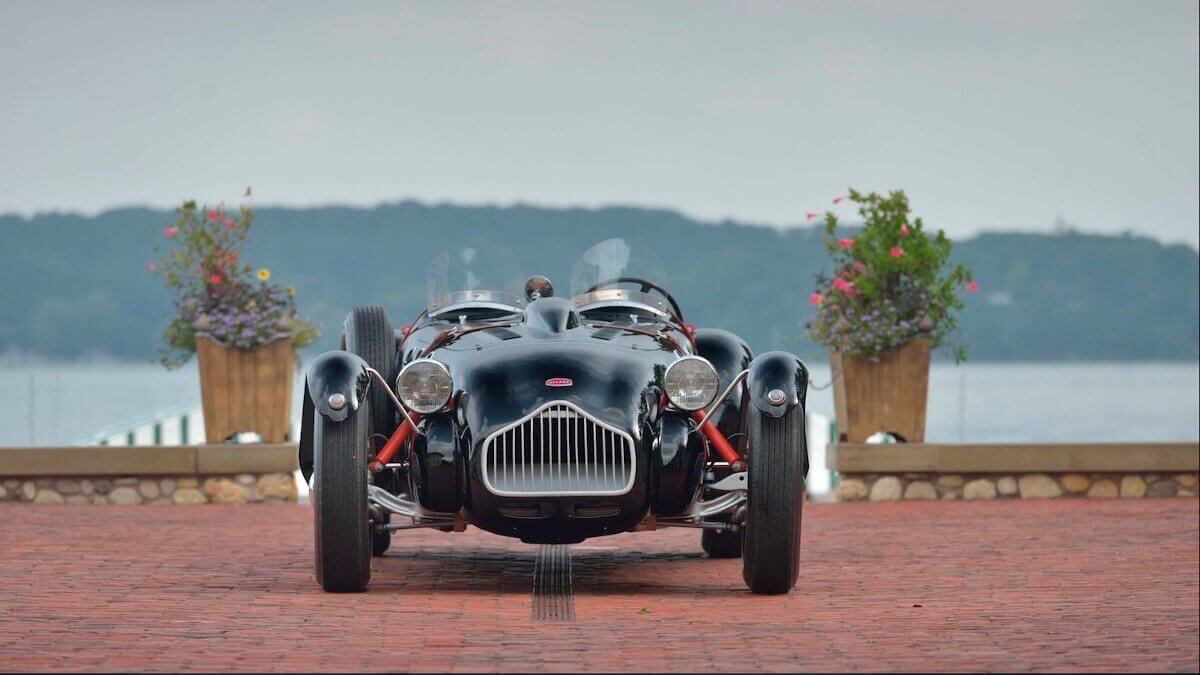 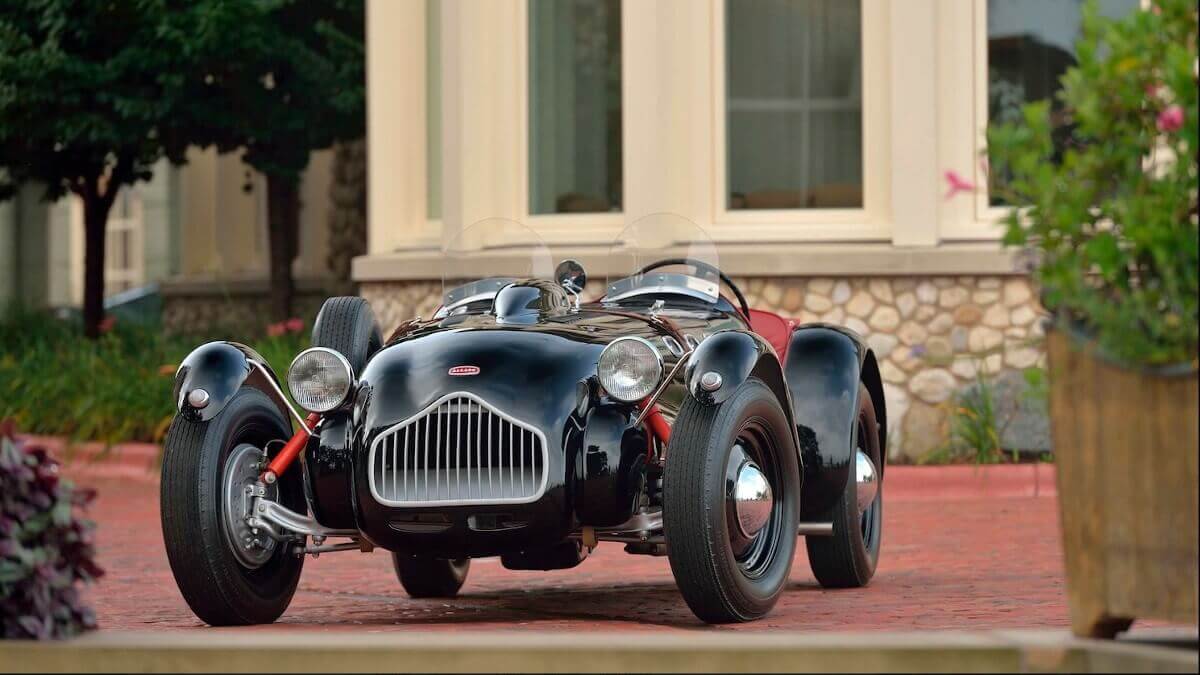 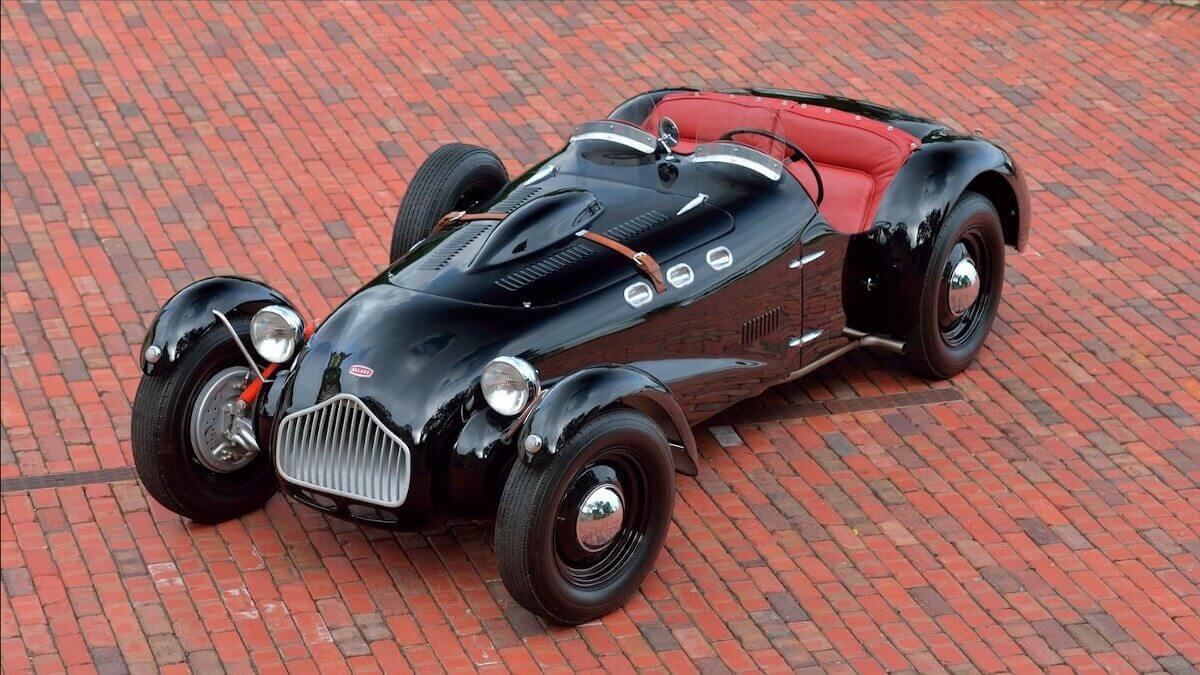 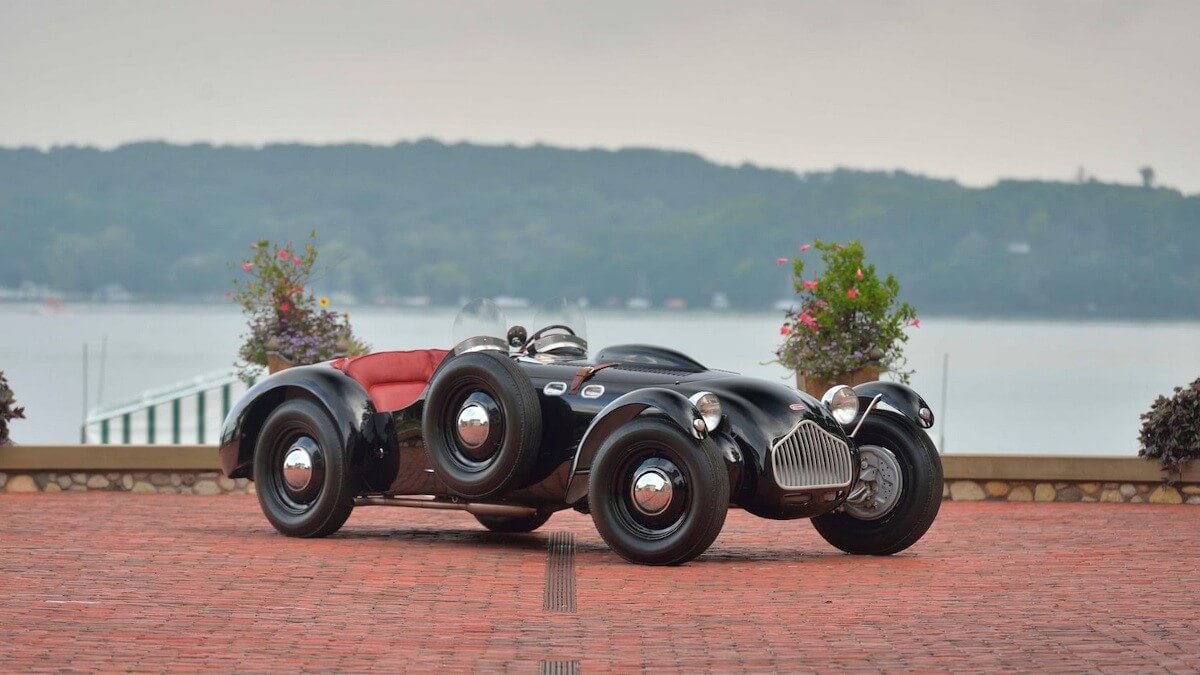 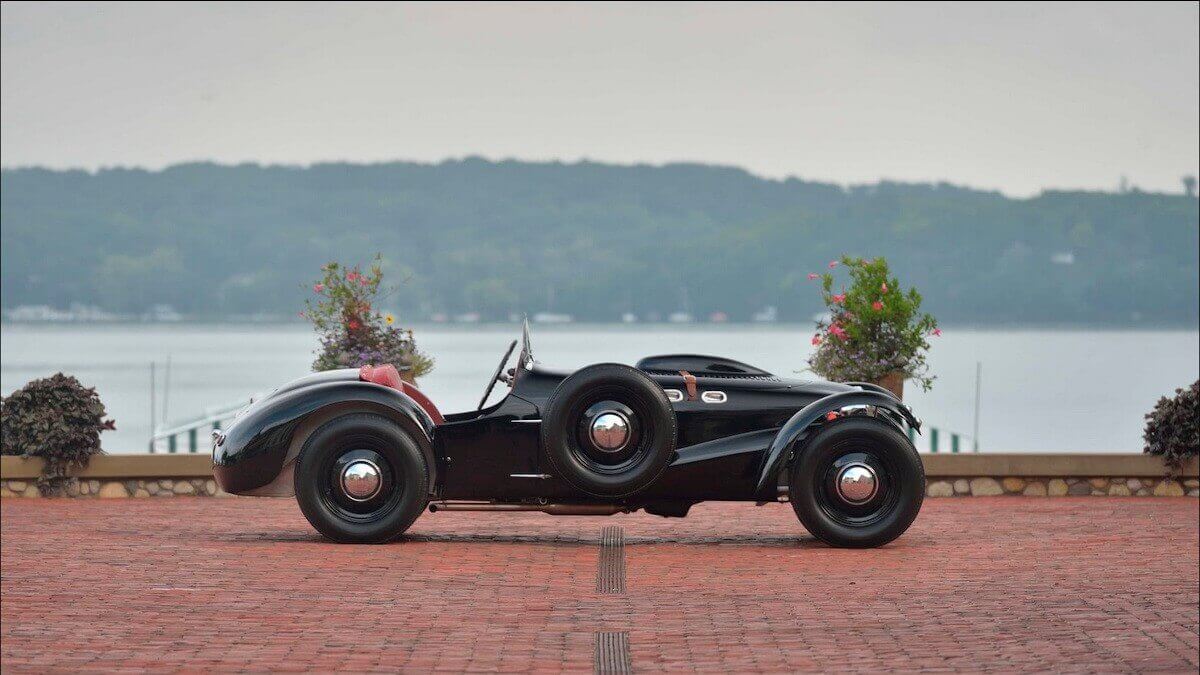 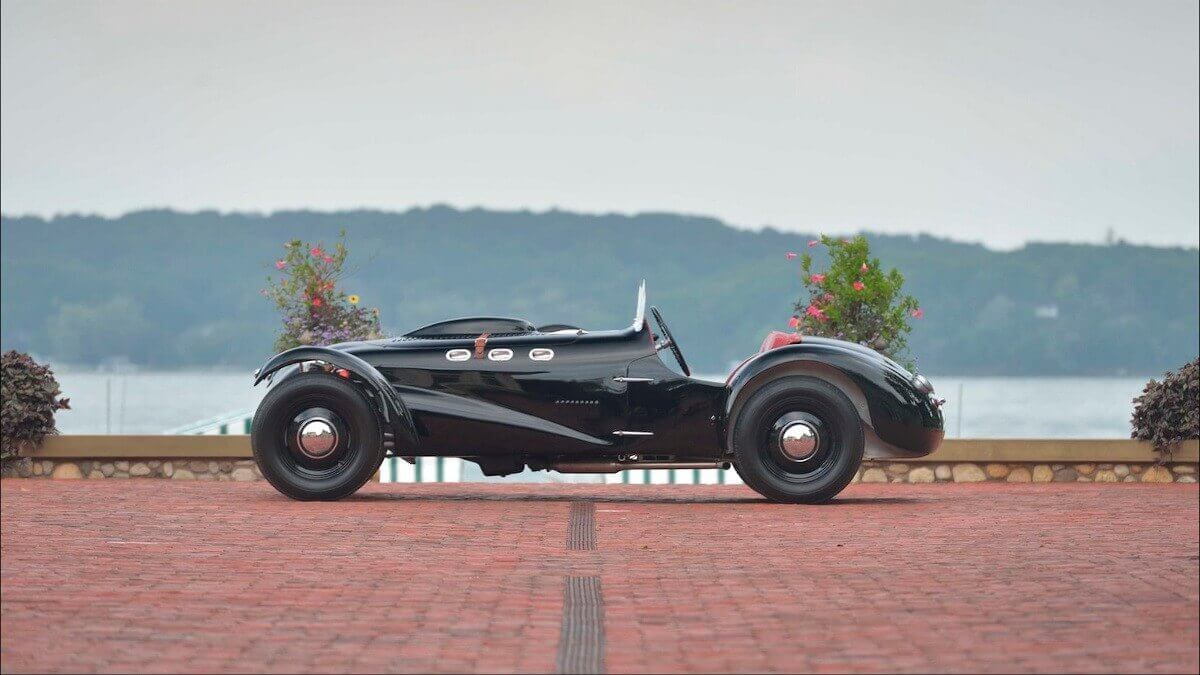 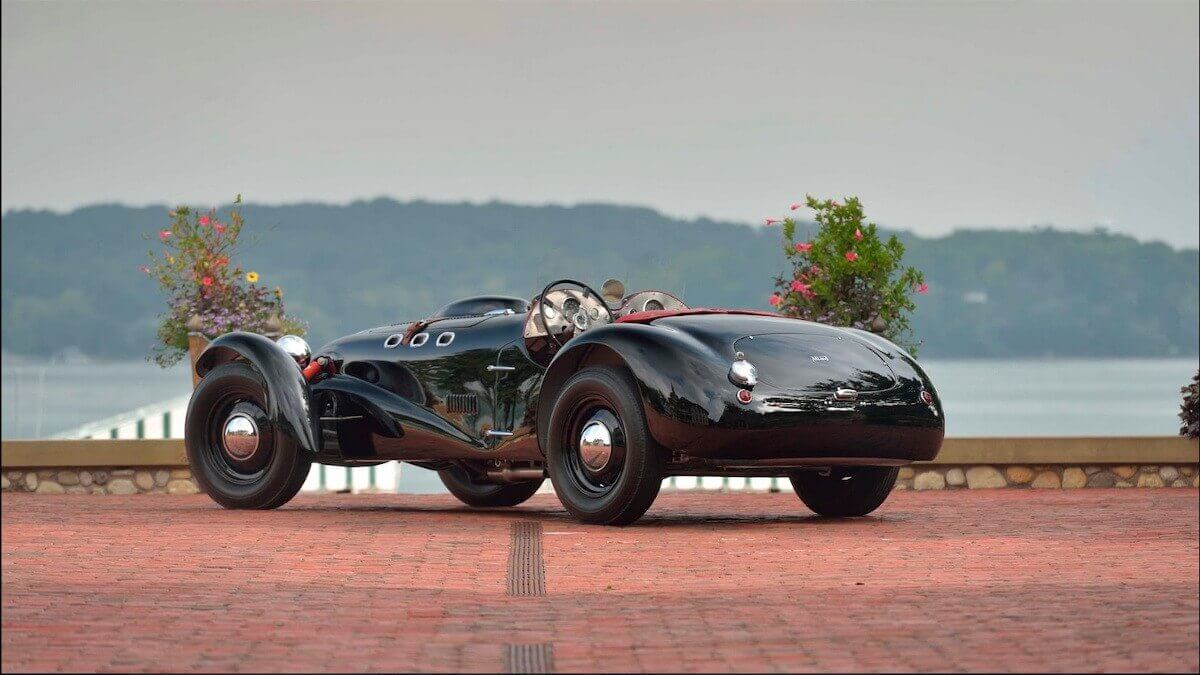 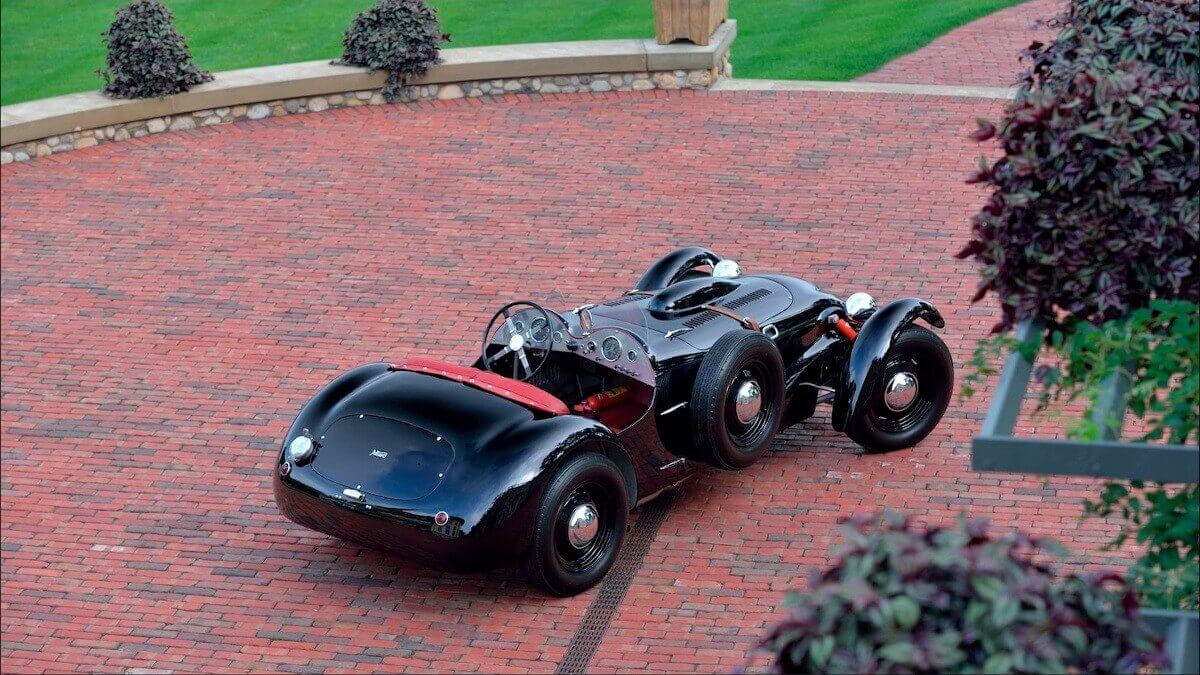 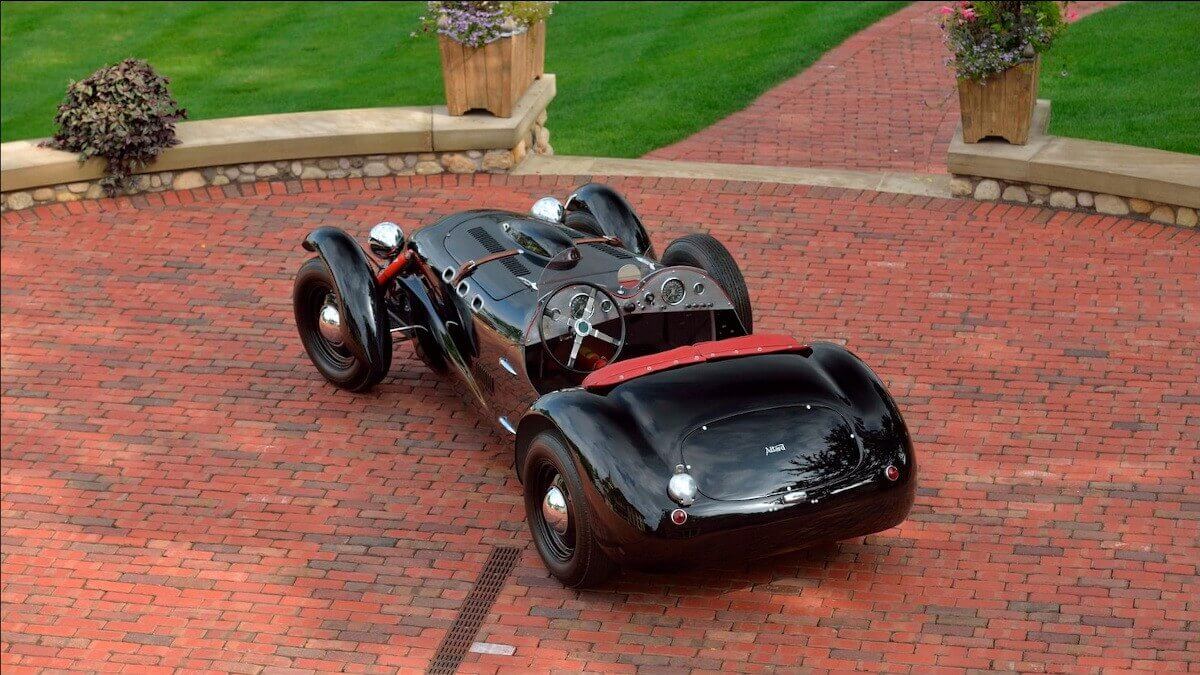 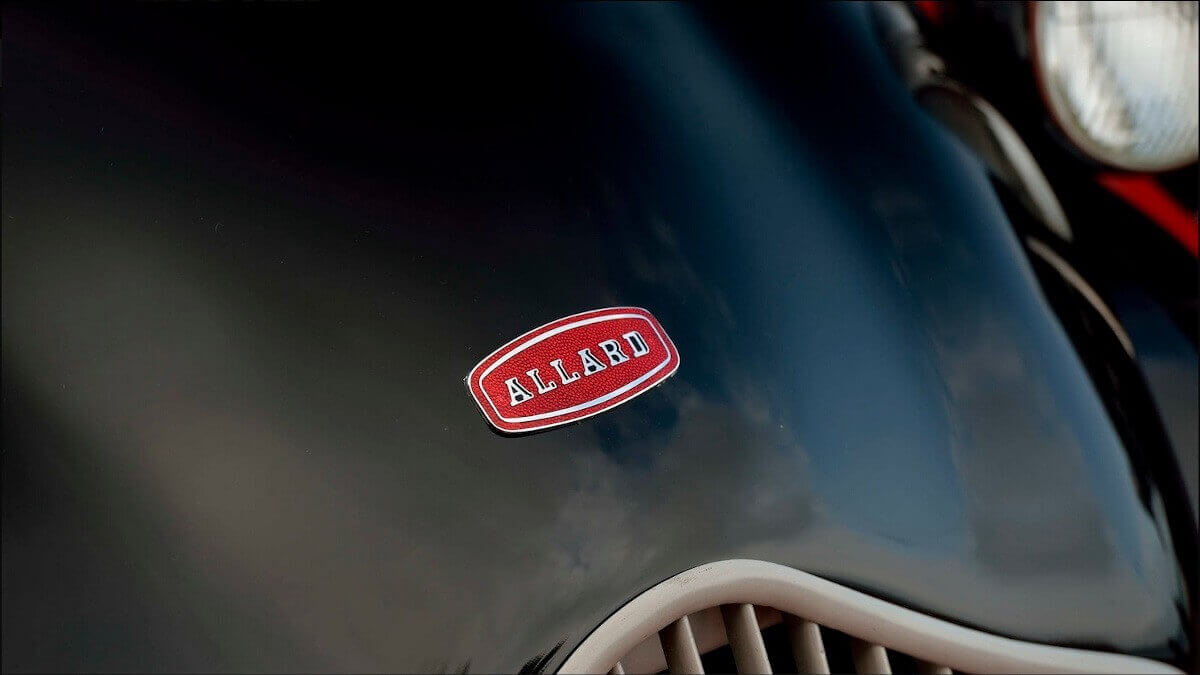 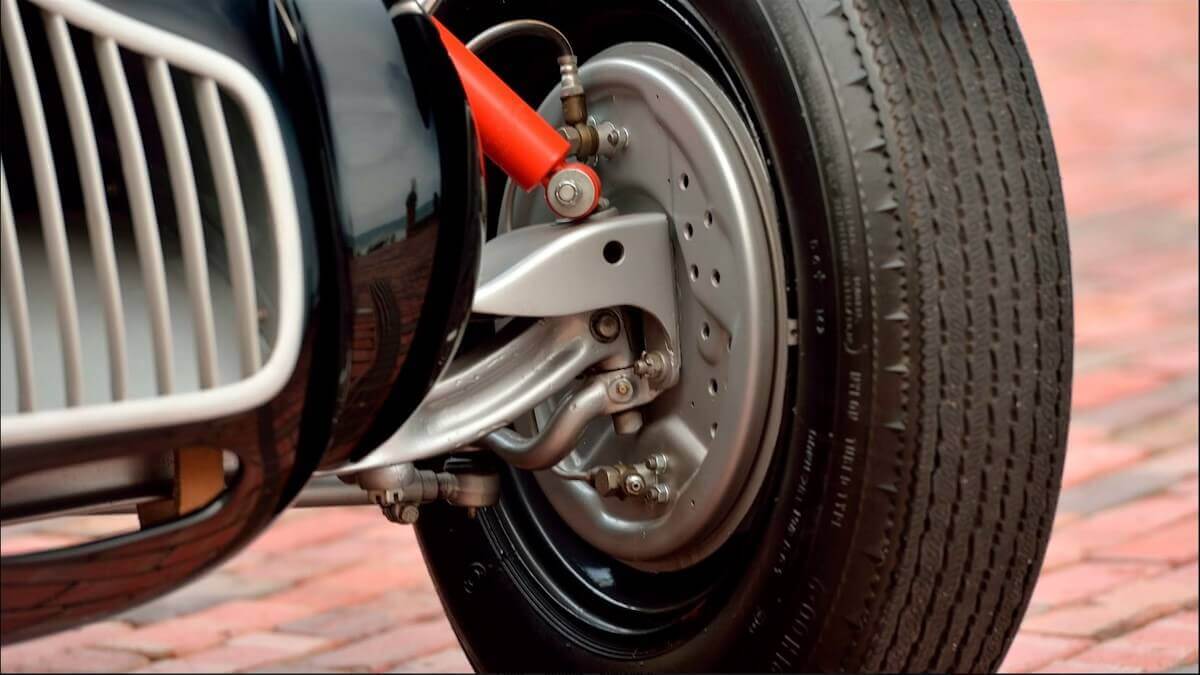 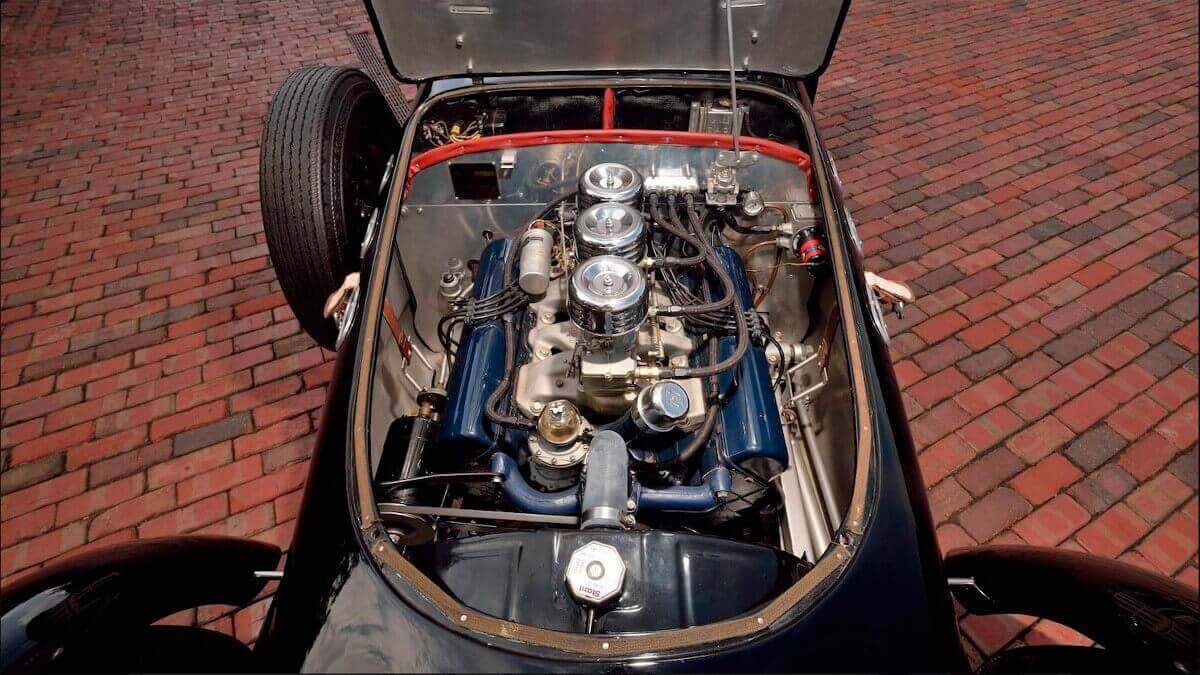 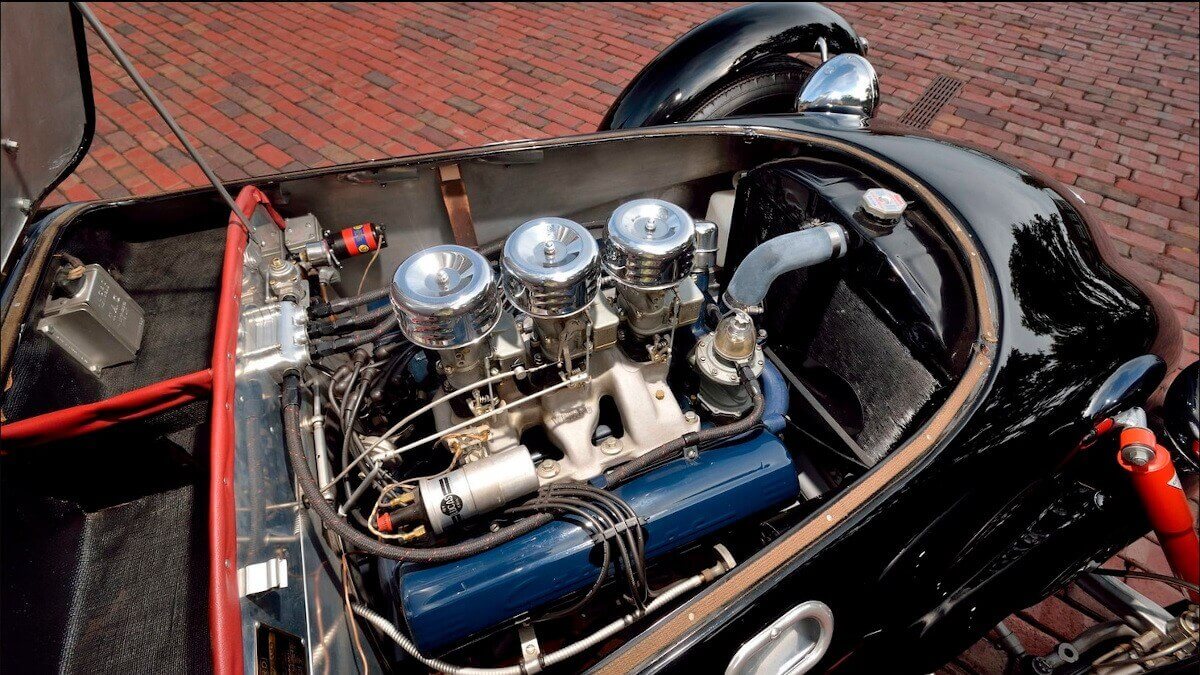 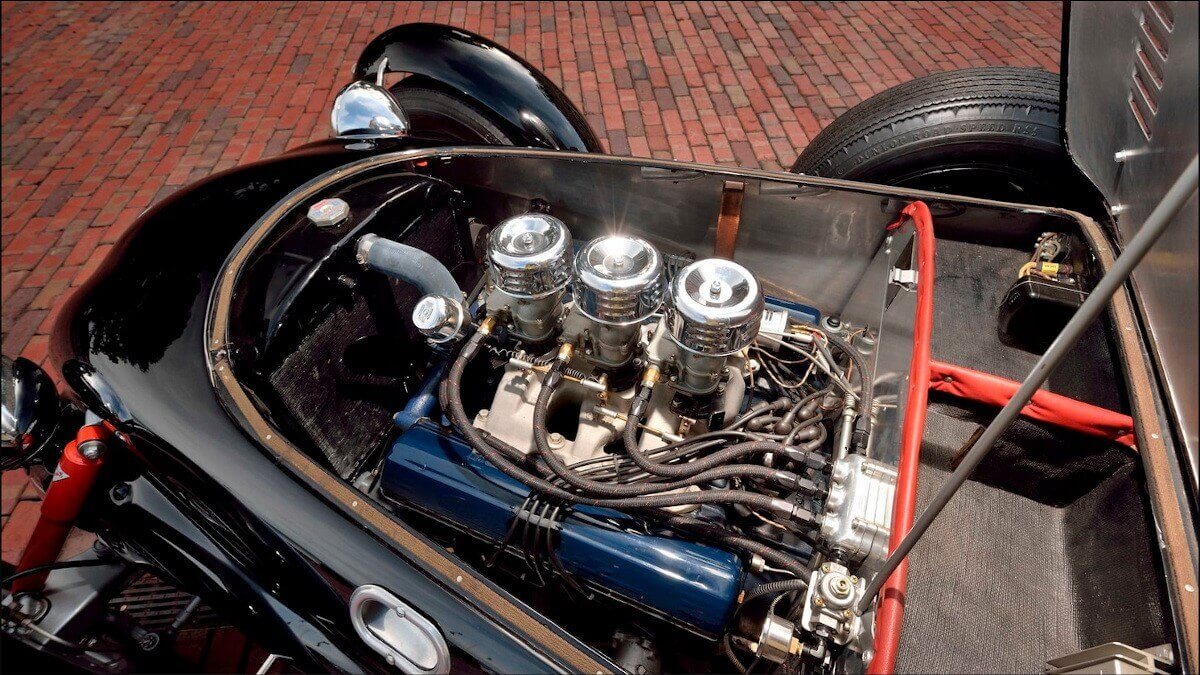 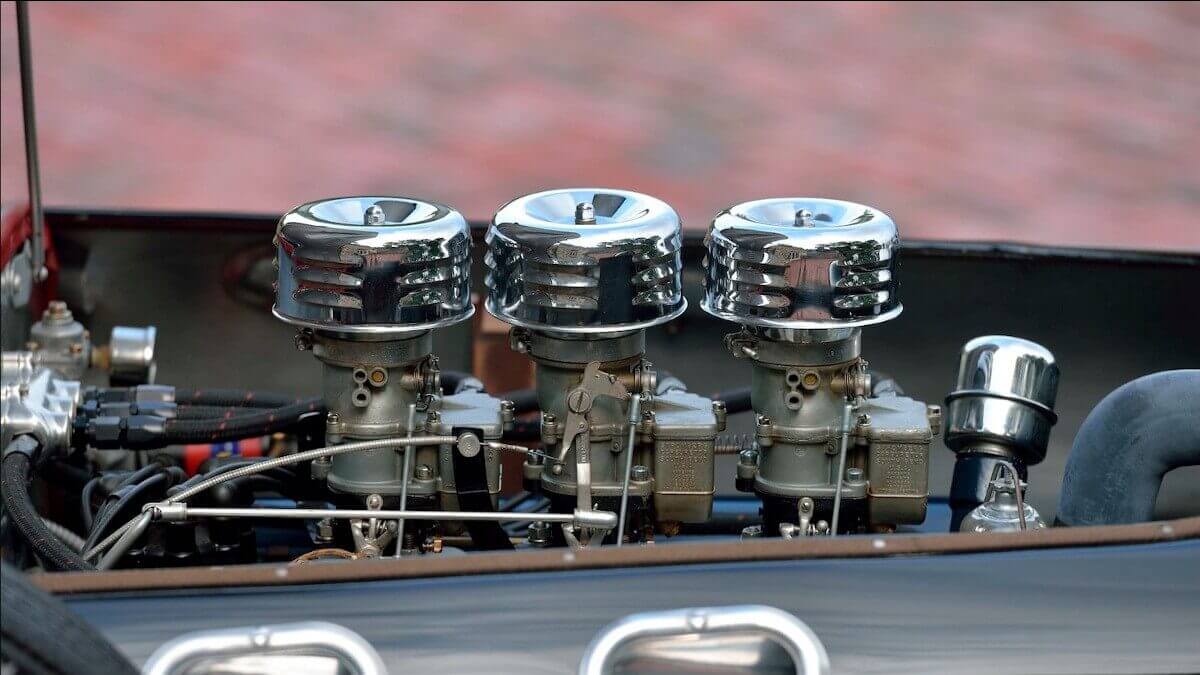 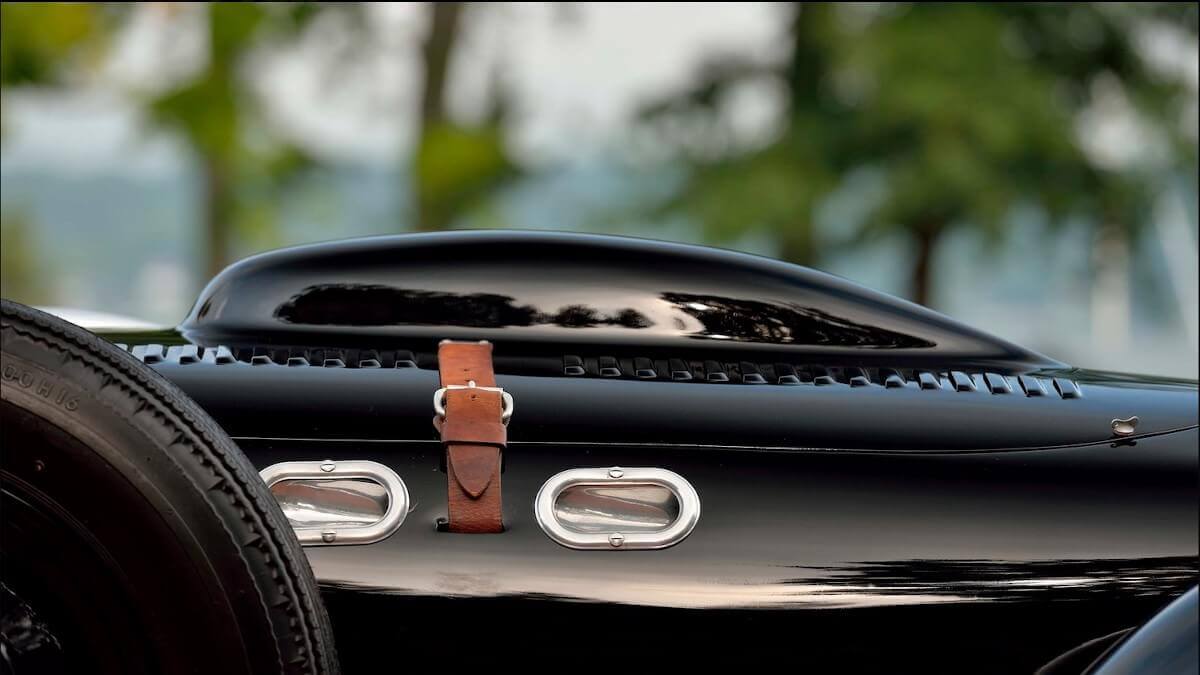 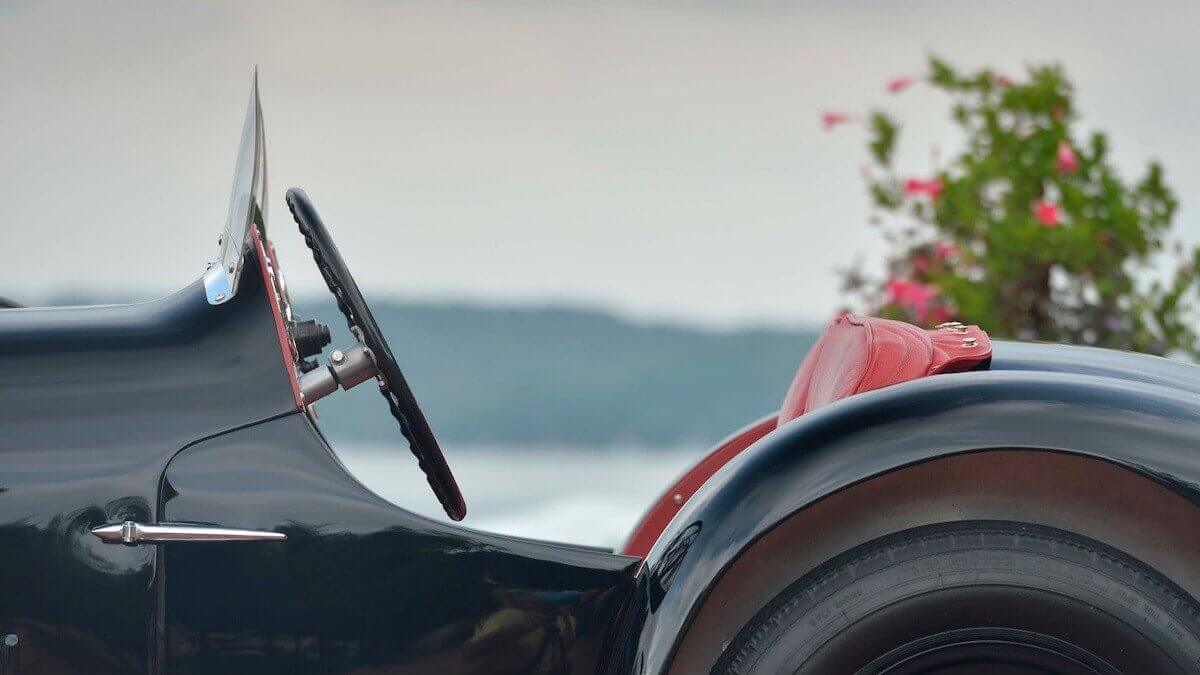 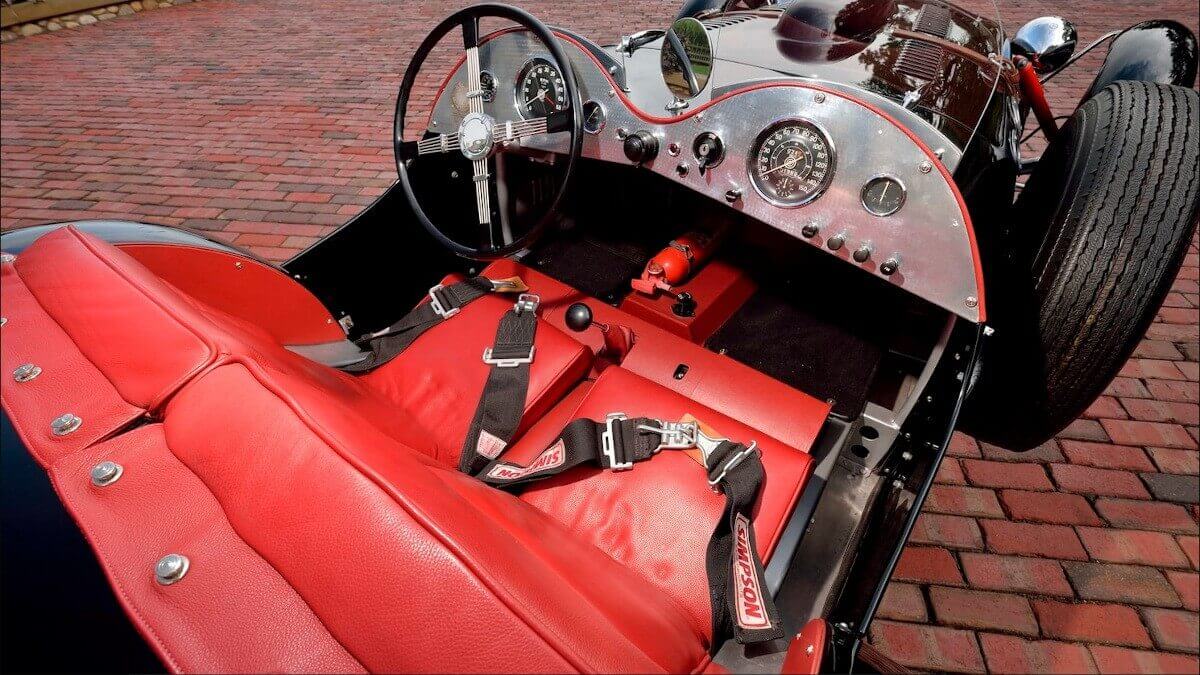 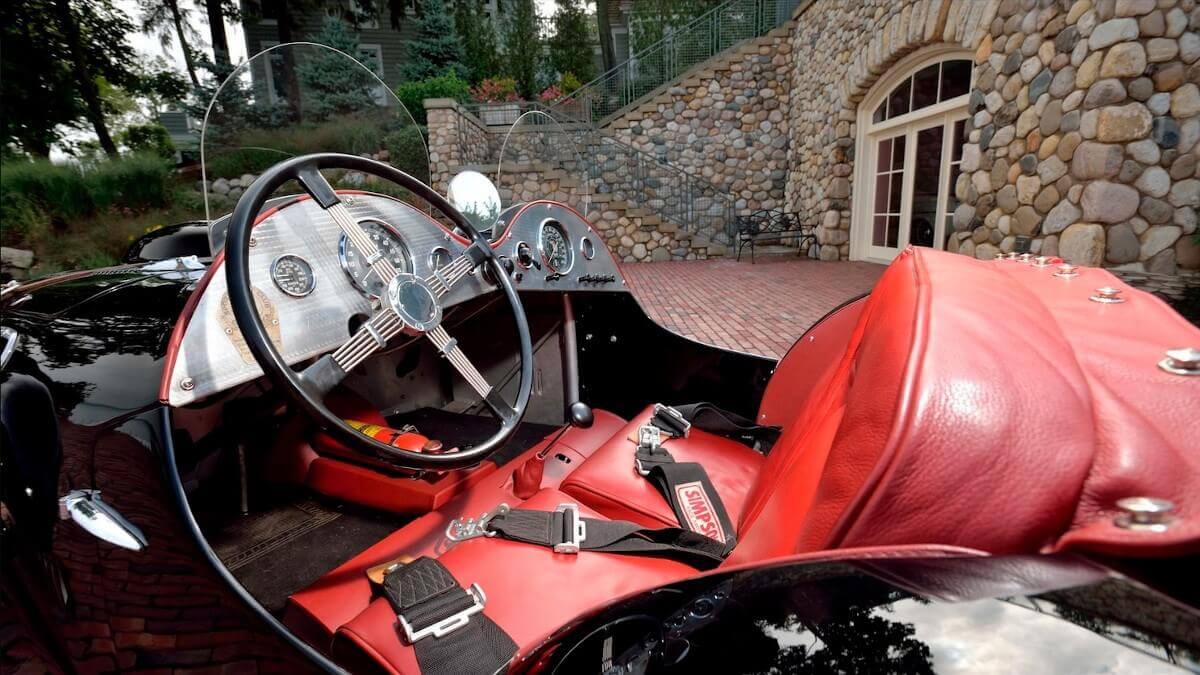 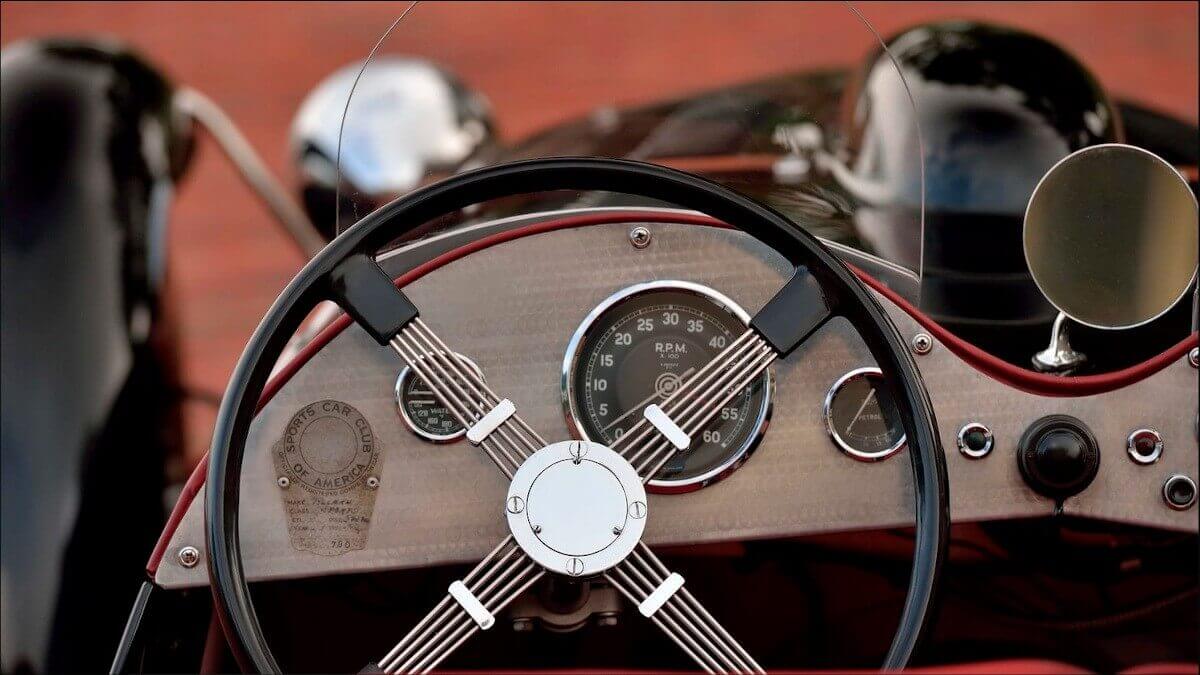 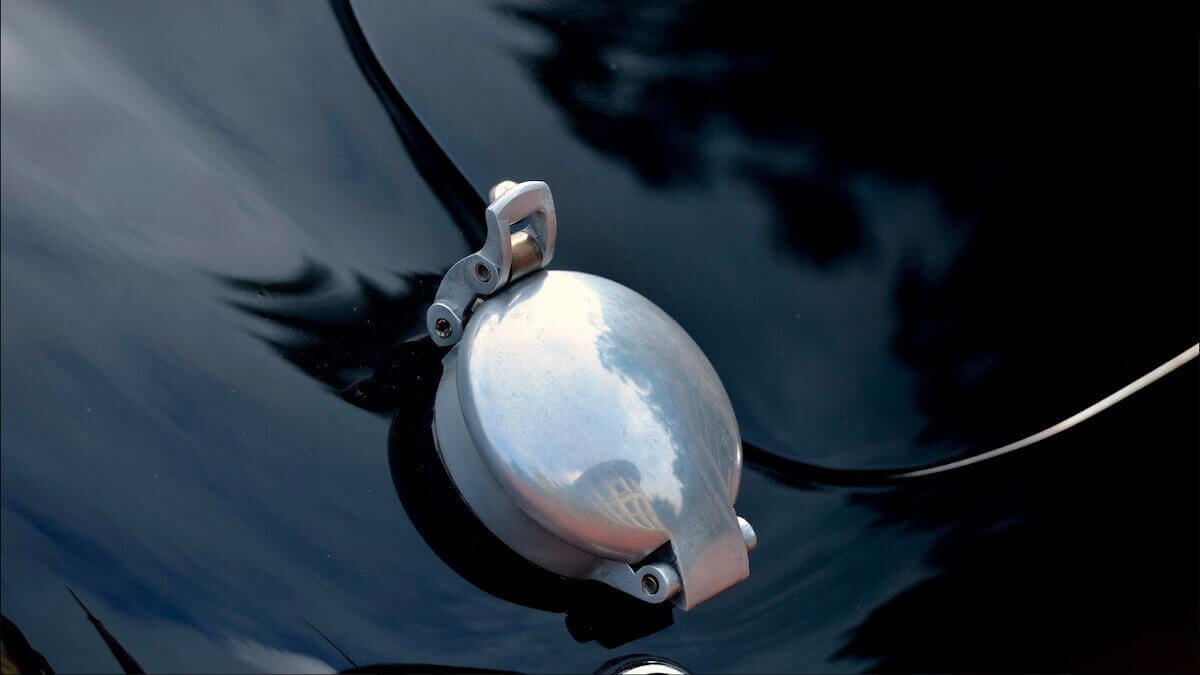 Equipped with an appropriately powerful engine, the Allard J2 was able to accelerate to 60 mph in less than six seconds and reach a topspeed of more than 150 mph. These attributes also convinced a young Carroll Shelby, who had just started racing in 1952. A good friend of his, Louisiana entrepreneur Charles Brown, gave him a J2 with a Cadillac engine and chassis number J2179 for the SCCA hillclimb race in Pottsboro. Shelby actually managed to steer the powerful car to a sovereign victory, demonstrating his extraordinary talent. Two more victories in regional SCCA races followed and drew the attention of bigger teams up to the factory team of Aston Martin to him, leading to an employment from 1954 onwards and finally to the overall victory at Le Mans in 1959 together with Roy Salvadori in an Aston Martin DBR1. In Europe, Carroll Shelby drove pretty much every sports car of the time, bringing him a wealth of experience for building his own sports cars back in the USA. When Ford introduced a new lightweight V8 engine and AC Cars from Great Britain launched the new Ace at the same time, he saw his chance – but that’s another story.

Charles Brown’s Allard J2 was actually the last of the 90 cars of this type to be built. It was specifically ordered in black with red leather trim and a bulge in the bonnet to make room for a Cadillac engine. Once it arrived in Texas, the V8 engine was mounted and the finished car afterwards delivered to Mr Brown in Monroe, Louisiana. Before lending the car to Carroll Shelby, he had already given Fred Cook two chances to race this Allard. When newer, better sports cars came on the market, the J2 went the typical way of the aging sports equipment. Initially it was still used by its next owners in club sport races. In the 1970s it was finally recognized as a historically valuable vehicle. At that time, however, restoration work was not yet carried out in the as-delivered condition, but according to the wishes of the respective owner. So the Allard was painted red with black leather interior, wide windscreen and wire wheels. In 1997 Carroll Shelby and the Allard J2, which had once promoted his career, were brought together at the Monterey Historic. Since then, the car has been restored to its original condition and will now be auctioned at Mecum Auctions during Monterey Car Week. They expect between US$ 800,000 and US$ 1,200,000.