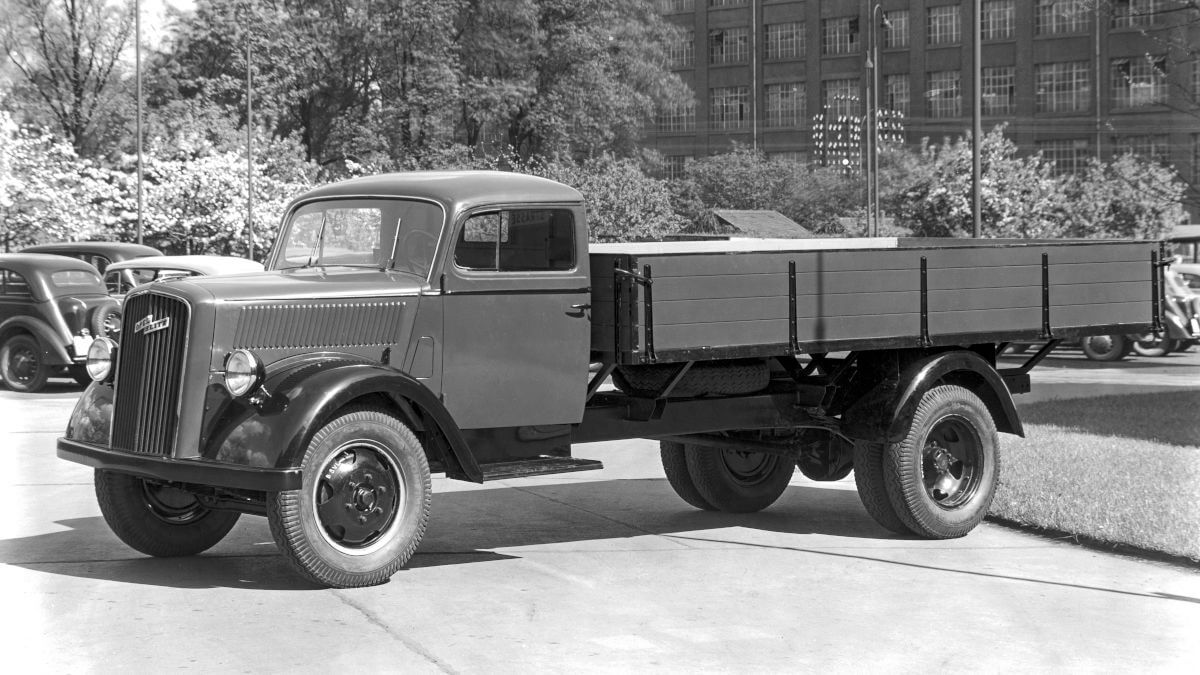 Often brand logos aren’t really noticed. They simply exist. You know them and they belong to the environment like trees or houses. Their history of origin, on the other hand, is often unknown to many observers, although it can be quite exciting. One example is Opel, where a model name has become a logo over the years. But we prefer to start at the very beginning.

In 1899, Opel began to build cars for the first time according to the ‘Lutzmann system’. Shortly thereafter, the first delivery vans and commercial vehicles were also built on this basis. Opel continued to expand this program and in 1907 took on its first full-fledged truck with a three-quarter ton gross vehicle weight rating. During World War 1, the military specifications for ‘regular trucks’ of up to four tons were adopted. These were sold until 1923, when a new generation of commercial vehicles with a payload of one to two tons debuted. Its successors were to be presented at model year 1931, i.e. in the fall of 1930. 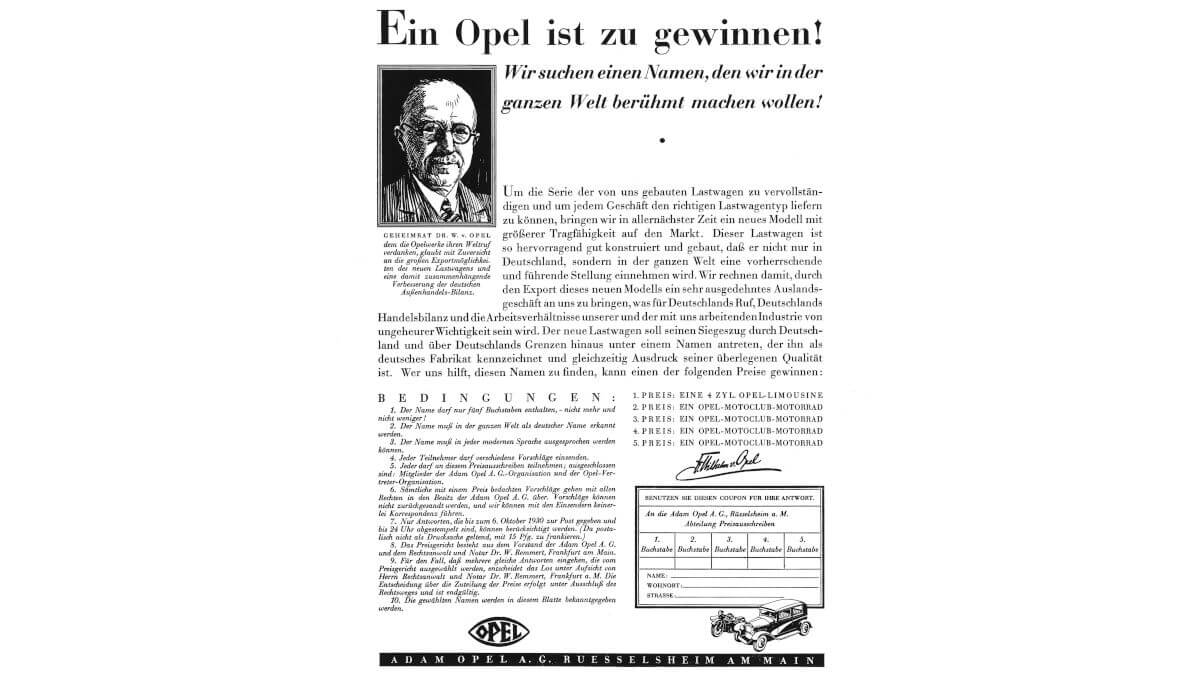 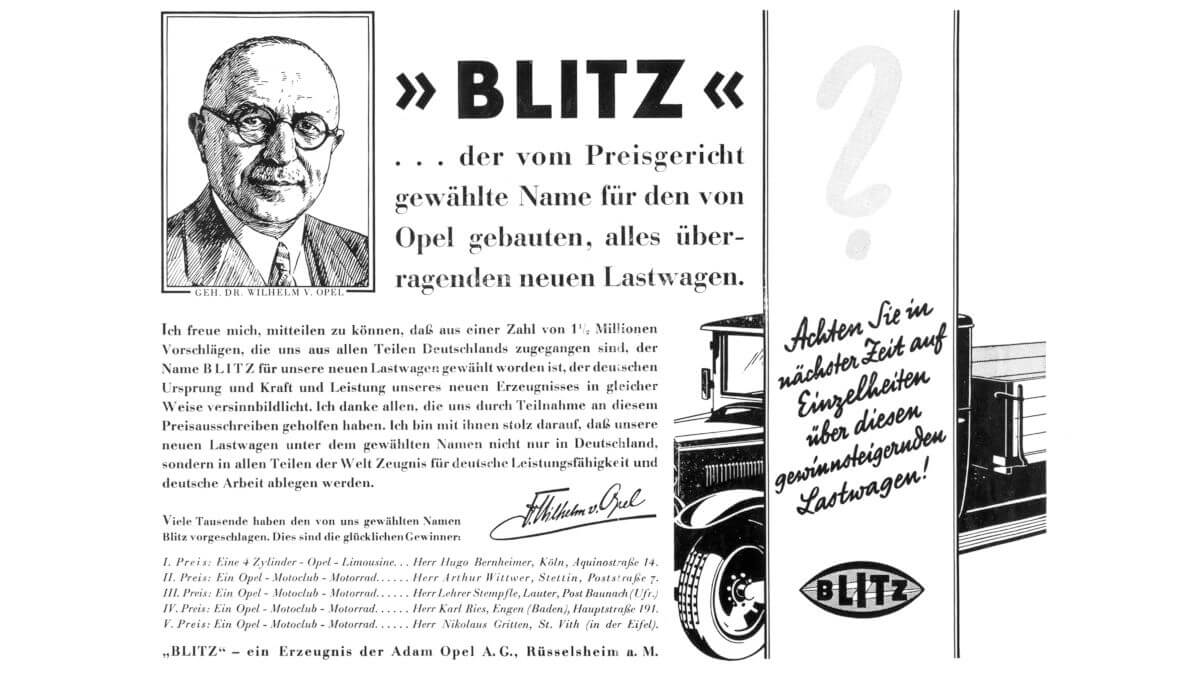 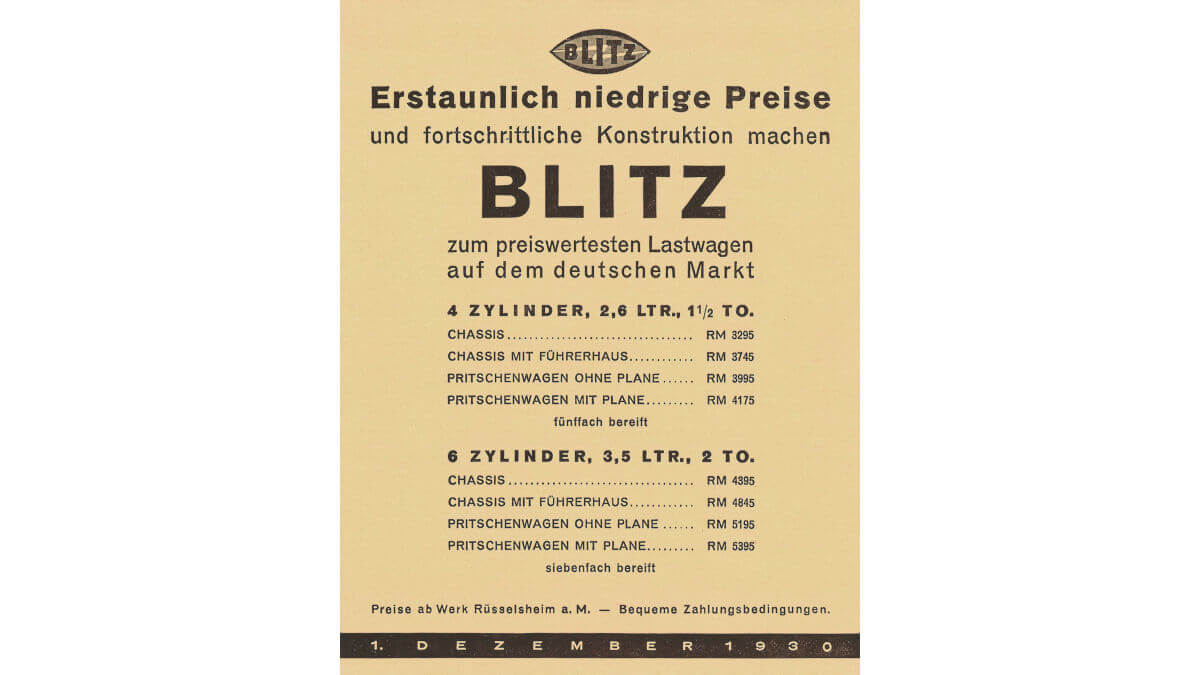 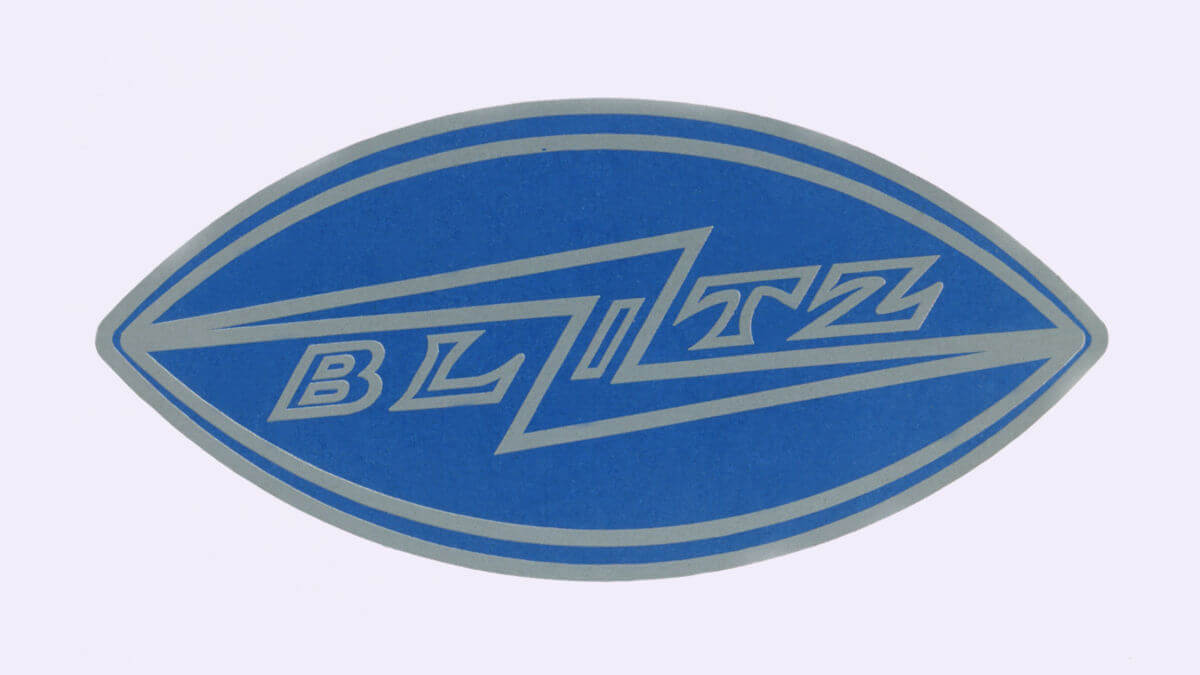 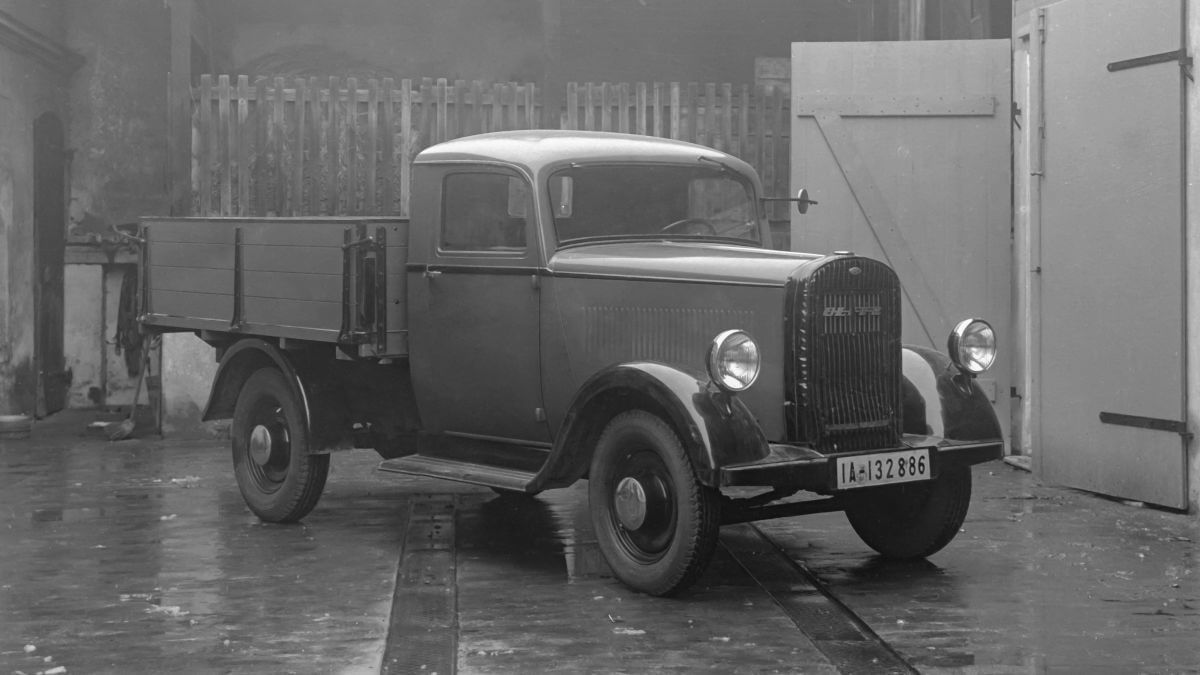 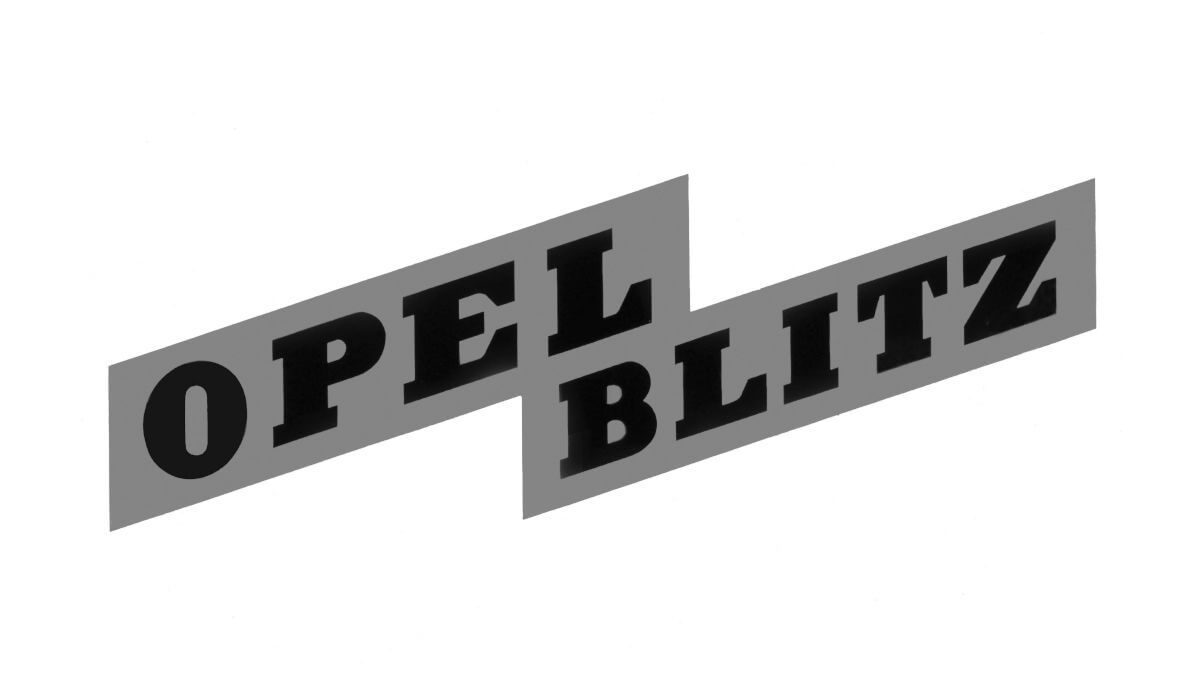 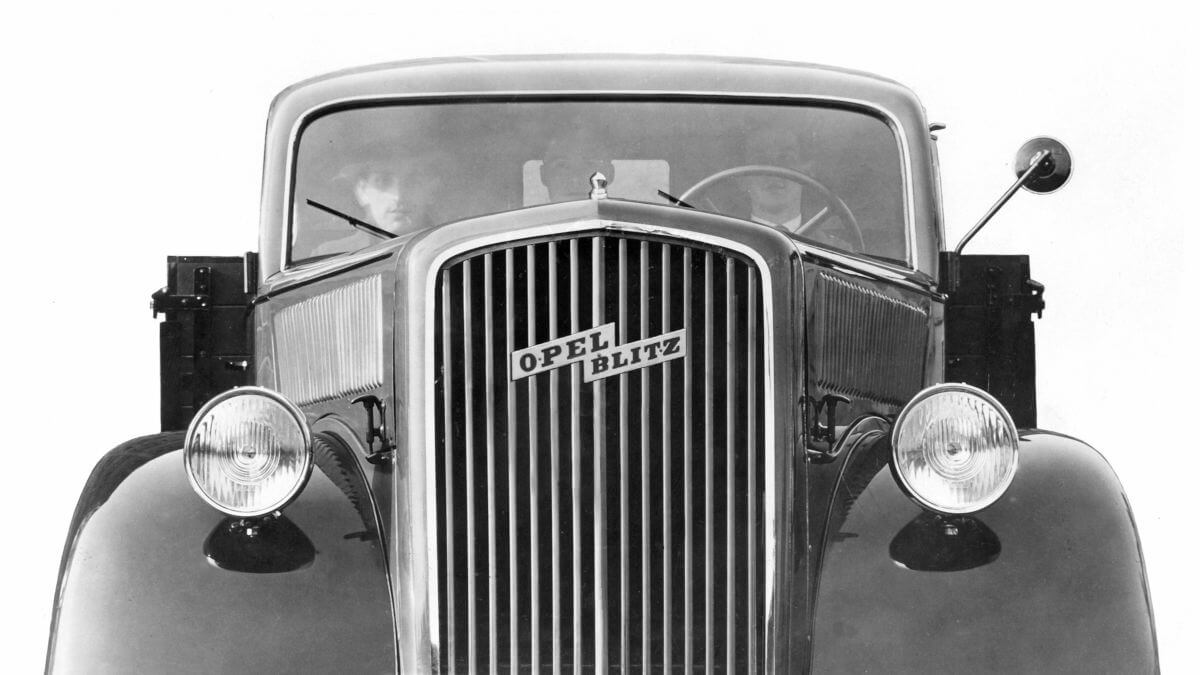 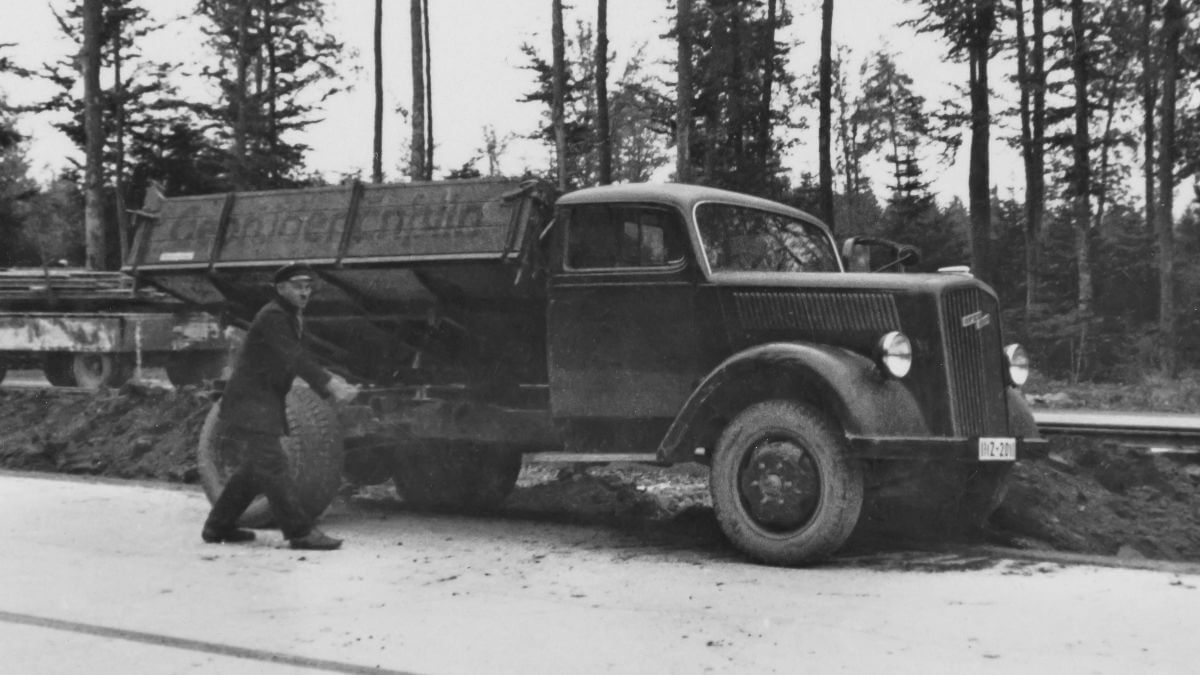 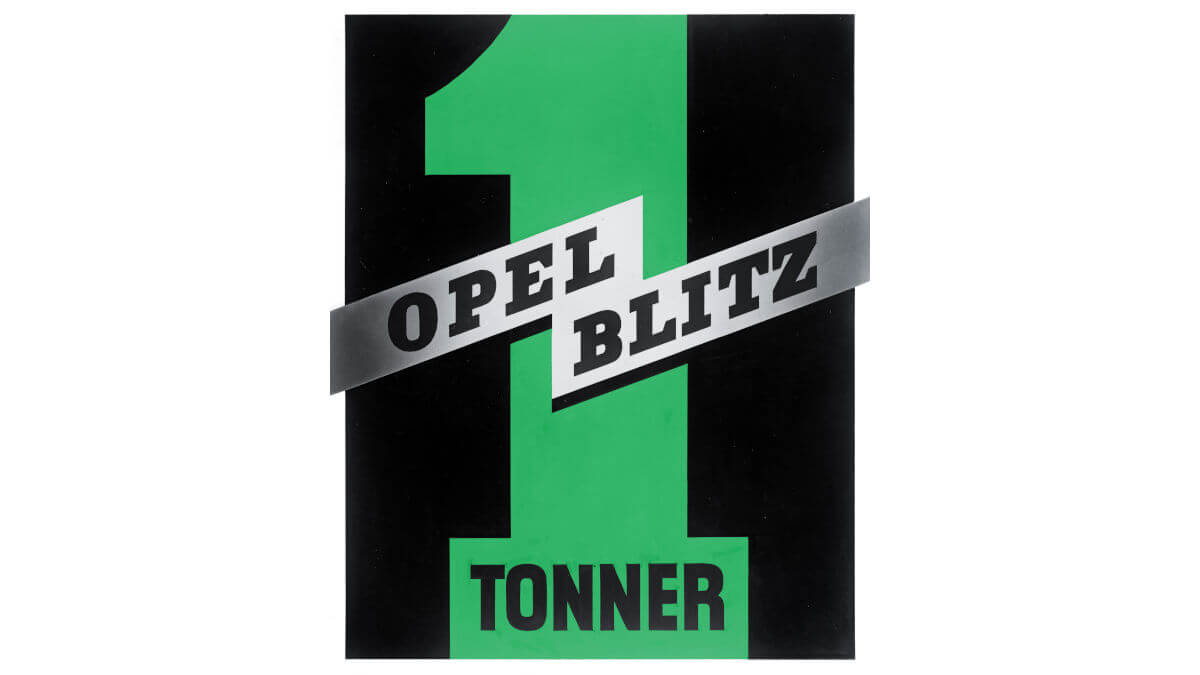 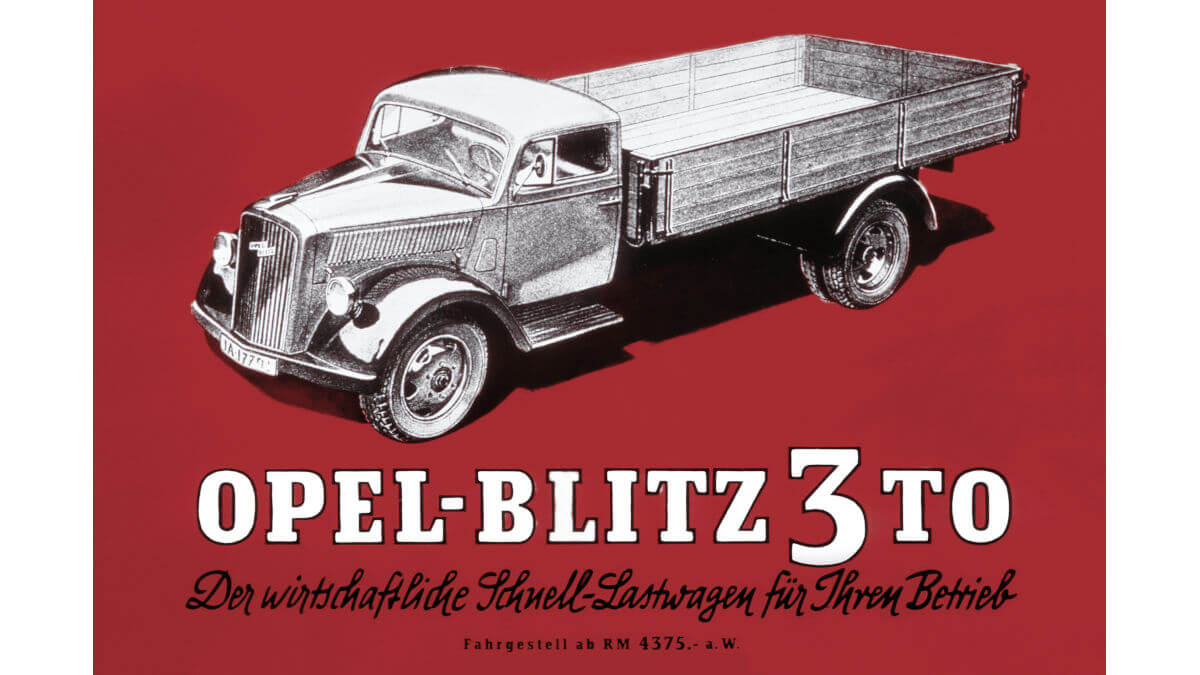 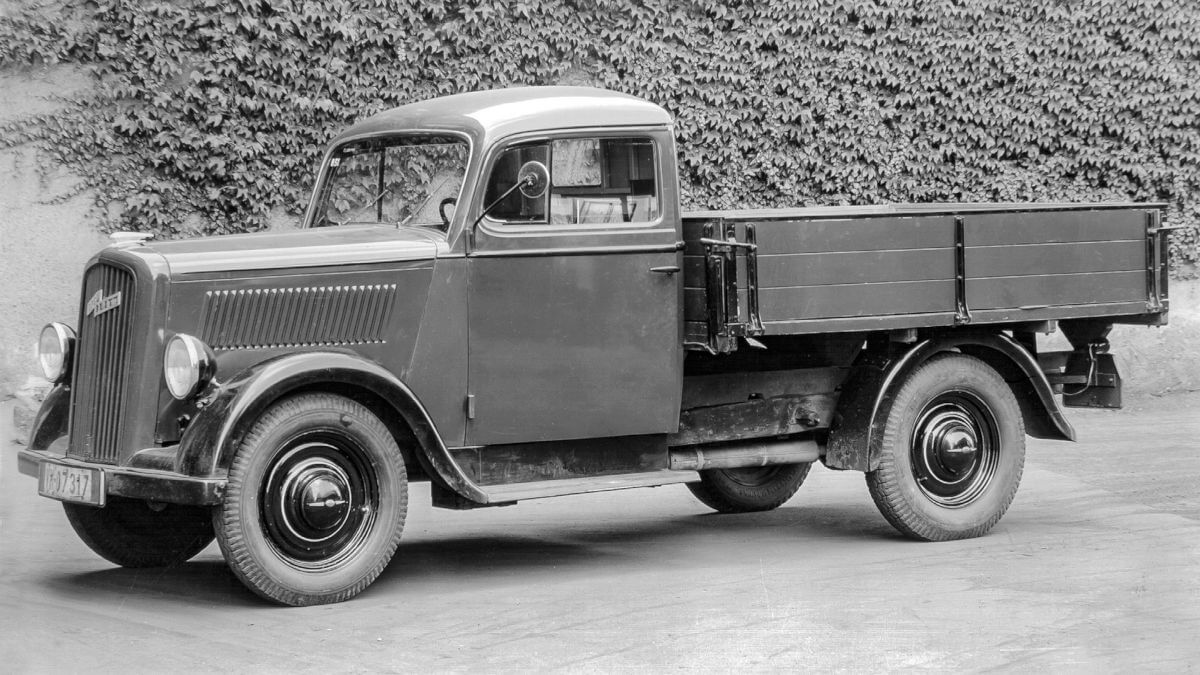 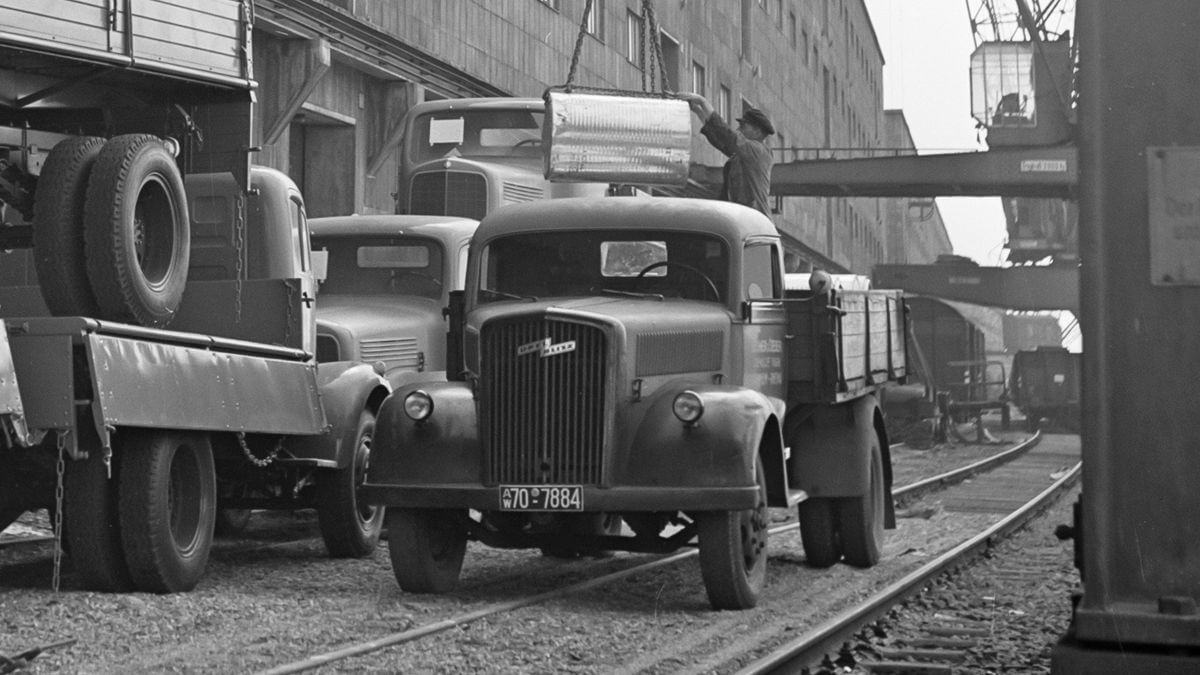 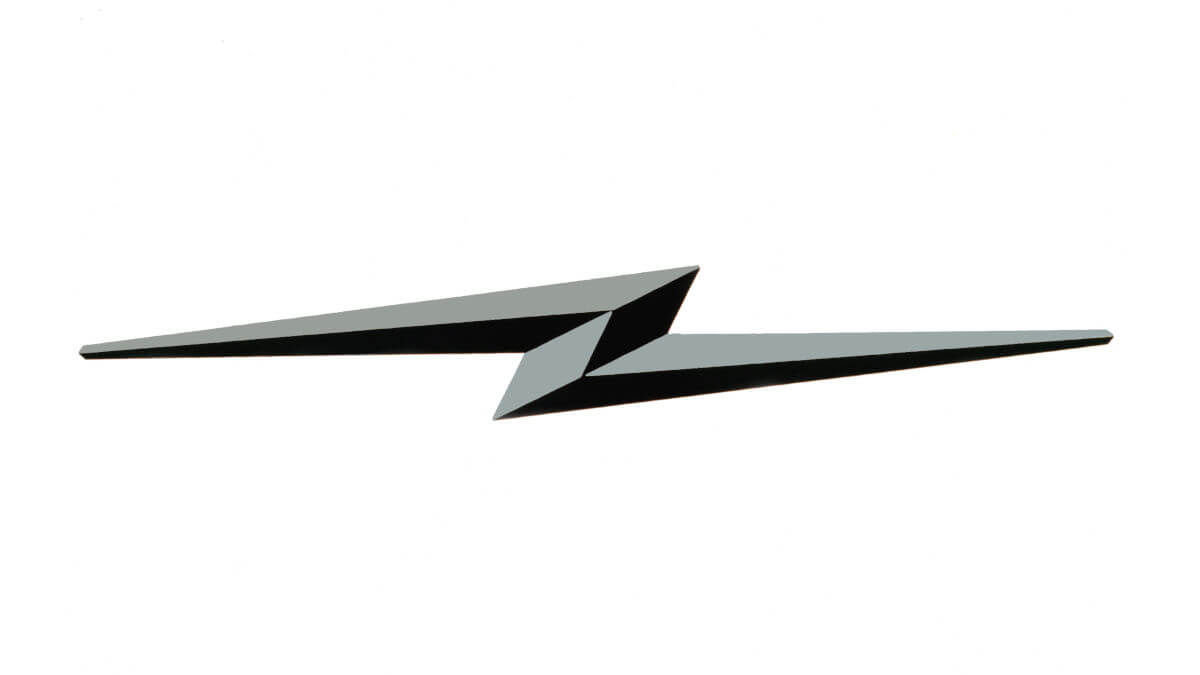 Opel was looking for a catchy model name that would be used internationally. After this failed internally, the advertising department published advertisements throughout Germany with a competition. The new model name should have a maximum of five letters and, if possible, be pronounceable in all common world languages, while at the same time being typically German. The first prize was an Opel 4/20 PS sedan, the second to fifth places were to be awarded to one Motoclub motorcycle each. At the dealer conference on November 24, 1930, sales manager Andersen presented the results of more than 1.5 million entries. Several thousand times the name ‘Blitz’ had been suggested and finally chosen. The winners were notified by post and new advertisements.

The new Opel Blitz came onto the market as a 1.5-tonner with a four-cylinder engine and as a 2-tonner with an inline six-cylinder engine, with customers having the choice of three different wheelbases. Ongoing further developments soon meant that production capacity at the main plant in Rüsselsheim was no longer sufficient and in 1935 a separate plant for commercial vehicles with 850,000 square meters of space was built in Brandenburg an der Havel, which for the first time in the brand’s history was designed exclusively for assembly line production. Only two years later, the 25,000th Opel Blitz left the production line. At the same time, a new brand logo developed from the model name. In addition, more modern gasoline engines from the Opel Olympia and Admiral were taken over from the passenger cars to make the trucks more powerful. At the end of World War 2 in 1945, truck production in Brandenburg came to a standstill because the plant had been too badly destroyed by air raids and the remaining production facilities were dismantled as reparations and transported to the Soviet Union. 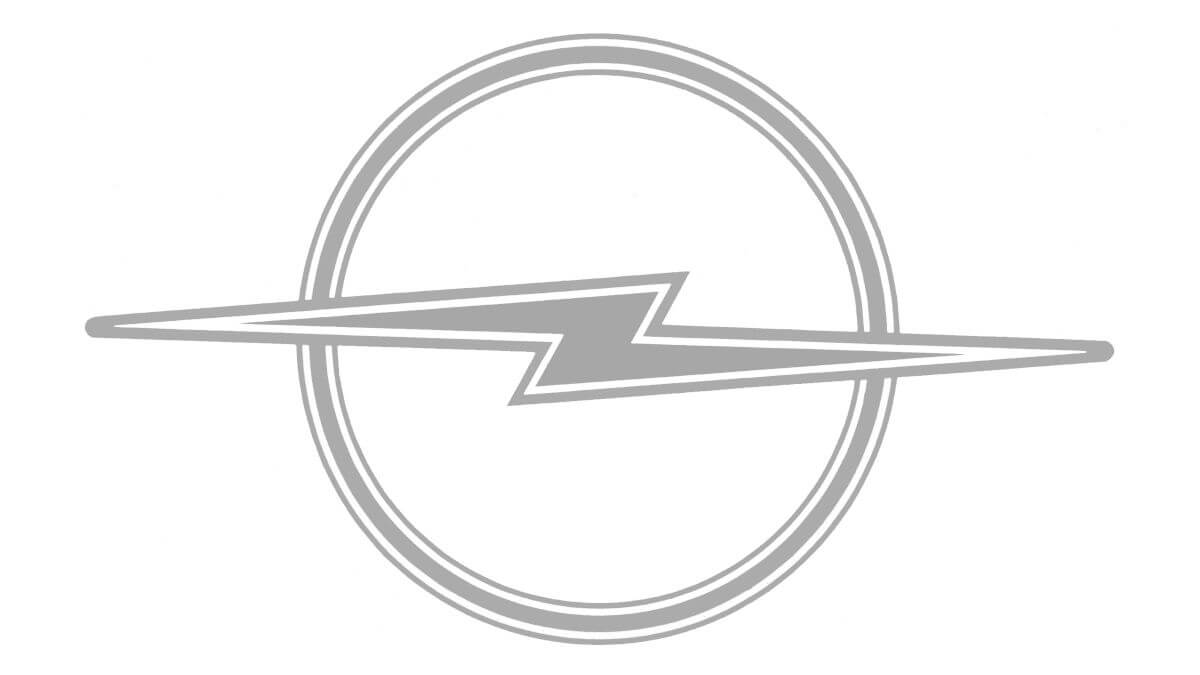 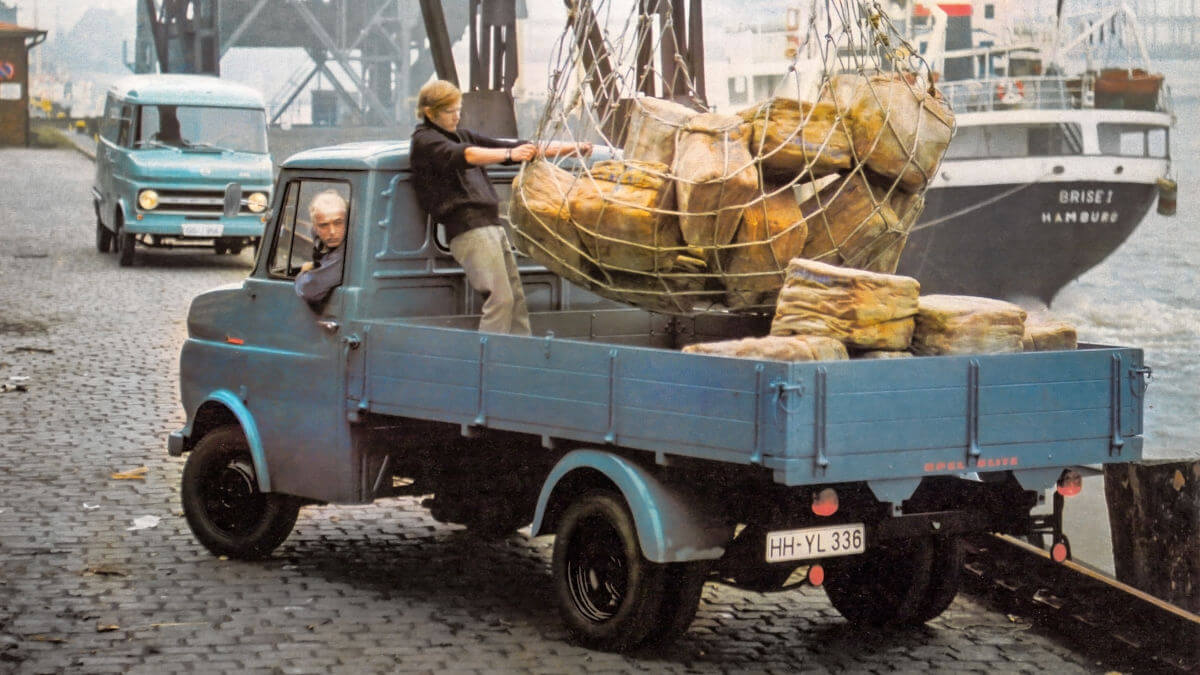 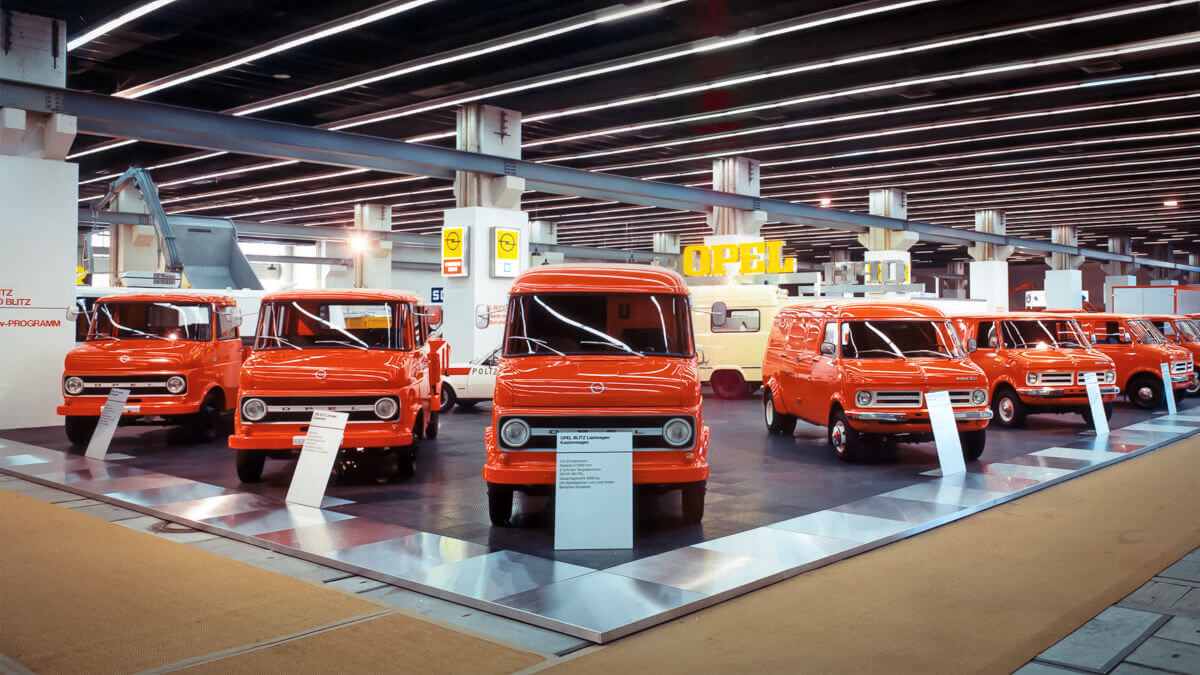 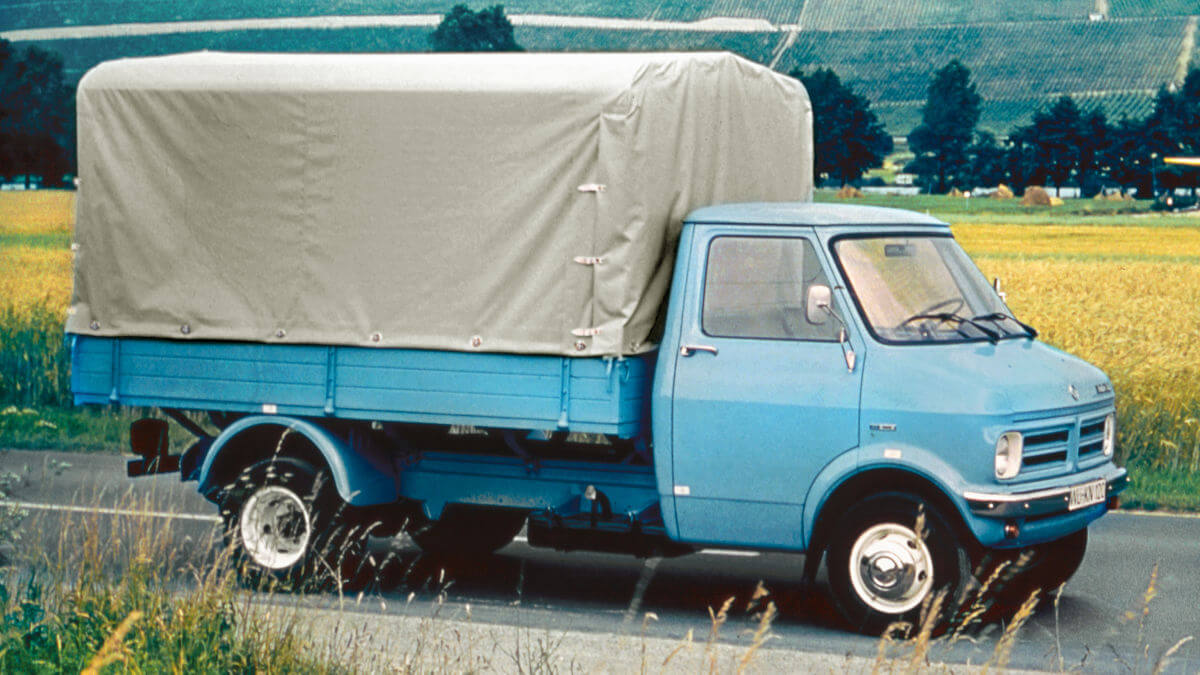 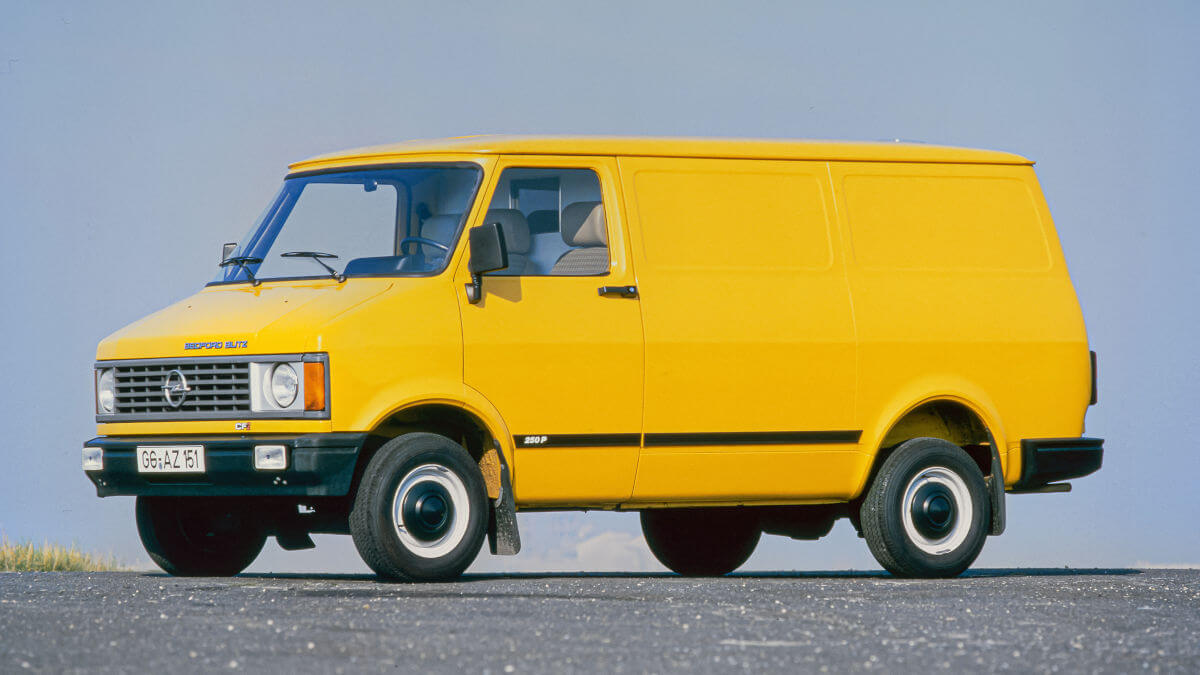 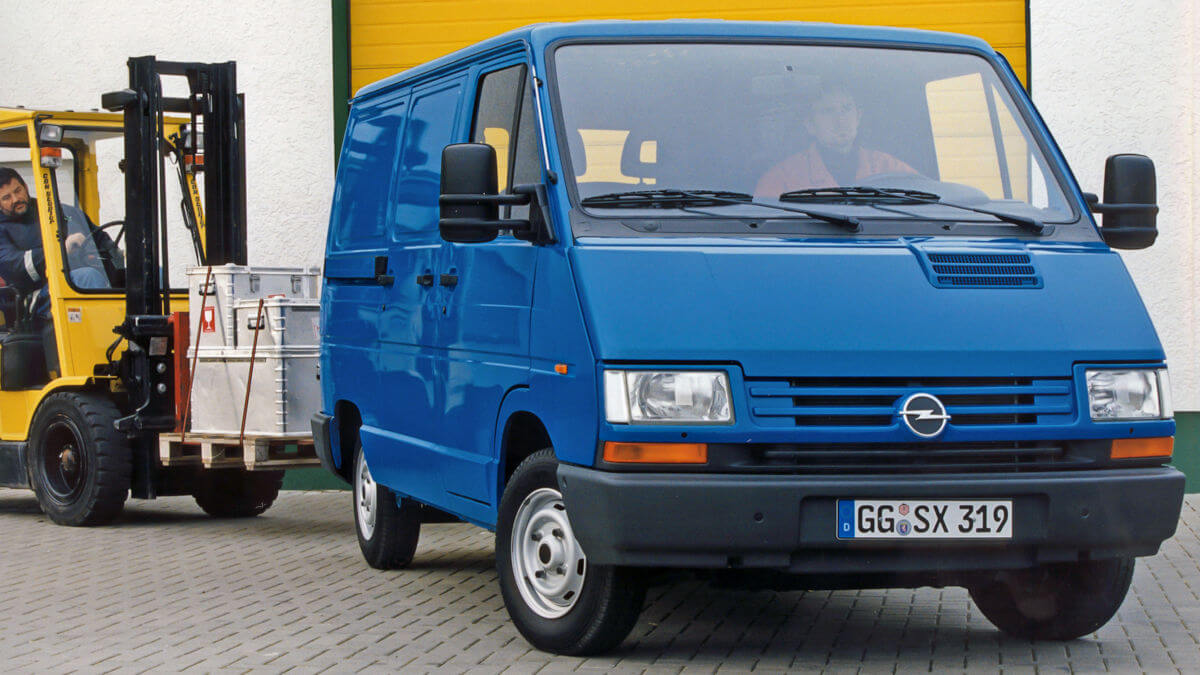 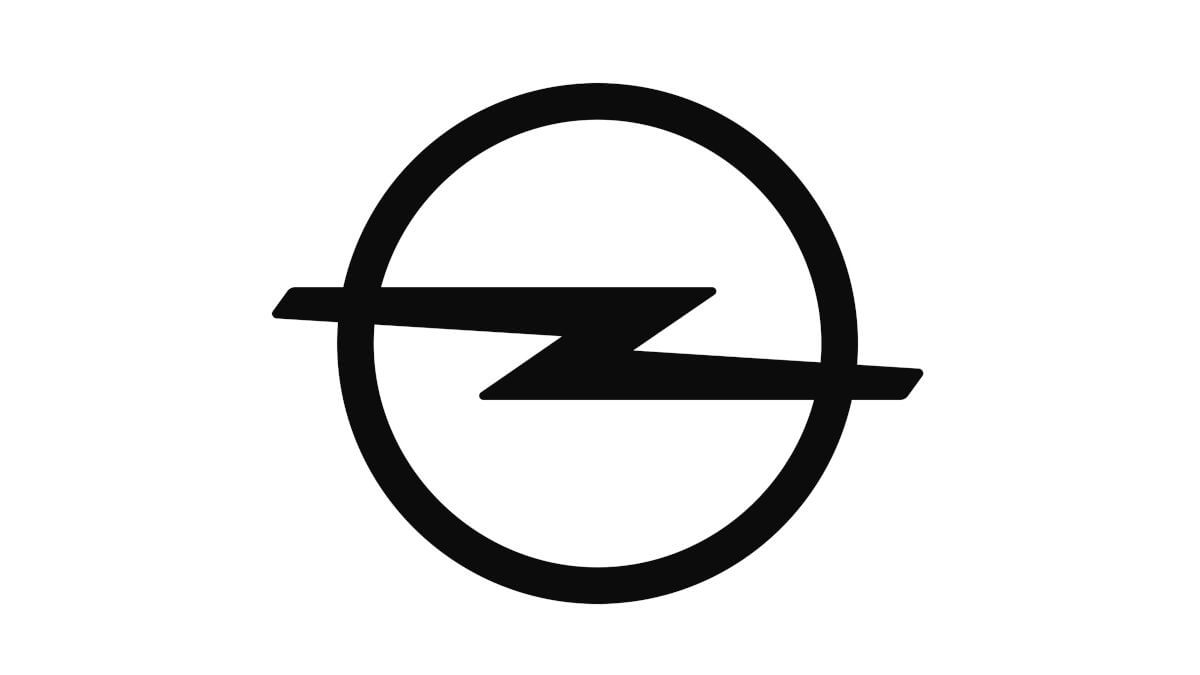 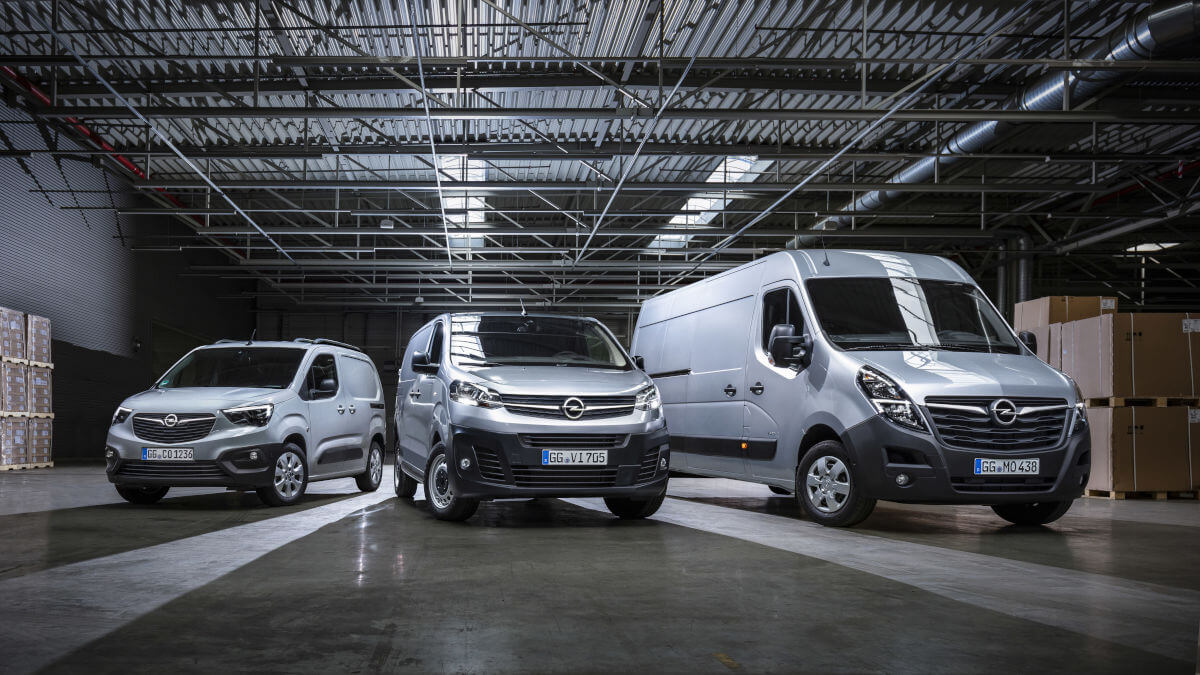 Instead, Opel shifted commercial vehicle production back to Rüsselsheim, where the first newly developed post-war delivery van rolled off the assembly line again as the Opel Blitz on July 15, 1946. The permissible gross vehicle weight was now 3.4 tons, increasing the payload to 1.75 tons. By the end of the year, 839 units with the 55 hp six-cylinder engine from the Kapitän had been built, which grew to 37,117 units by the end of production of this series. The larger 3-tonner was taken over by Mercedes-Benz, which had it produced under license in Mannheim until 1949 under the name L 701. When the successor model was launched there, Opel received all the remaining parts back and used them to produce another 467 Blitz 3-ton trucks until 1954. From 1952 the Blitz 1.75 to. replaced the 1.5-ton truck and brought with it typical American design of the 1950s. For the first time, it could load more (up to two tons) than it weighed empty.

After 89,767 units with various bodies and equipments, Opel switched to the new model generation with a modern cab concept and short hood in 1960. A comprehensive facelift with a more expressive front end was introduced at the IAA 1965. At times, the market share rose to almost 50 percent in the gasoline-engined truck segment. From 1969, a diesel engine was also added. By the end of this model series in 1975, however, this variant remained clearly in the minority with 7,374 units compared to 47,368 gasoline vehicles. In total, exactly 417,211 Opel Blitz were built in Brandenburg and Rüsselsheim by January 10, 1975. Despite the end of production in Germany, the model name was retained, as the Bedford, which was manufactured in Luton, UK, was offered as the Opel Bedford Blitz from 1973 until 1987. Ten years later Opel returned to the commercial vehicle business with the Arena. Today there are Combo Cargo, Vivaro and Movano available with diesel engines and some of them also with electric drive.