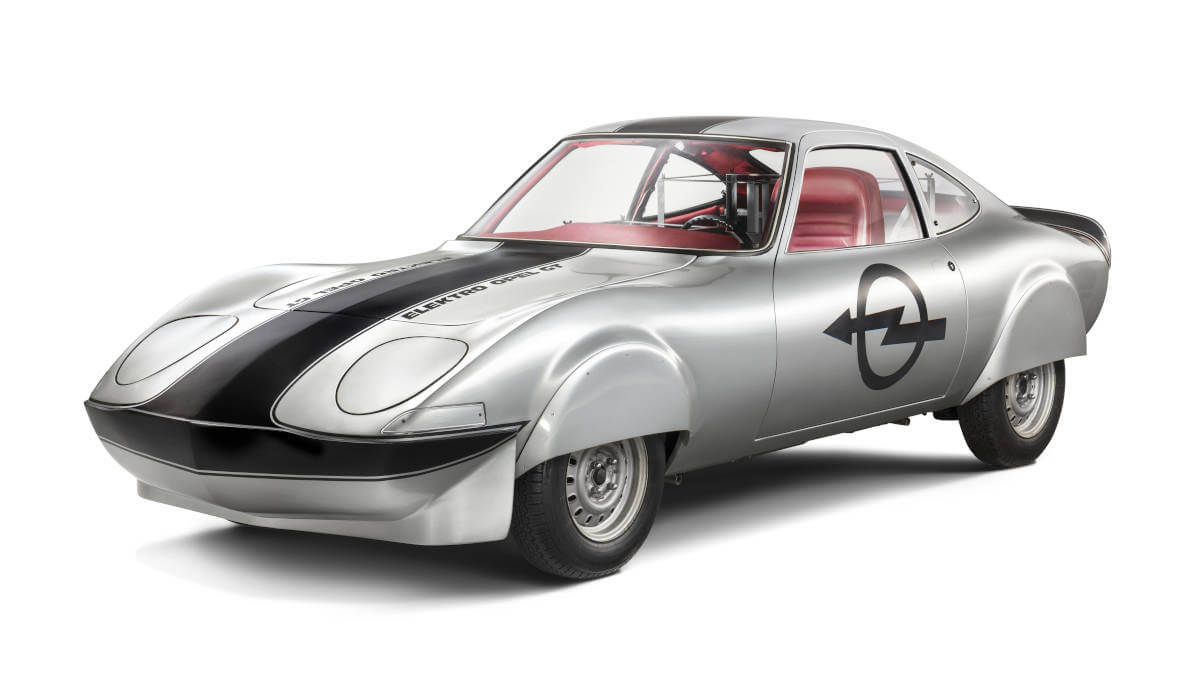 Silent electric drives are currently the talk of the town. In many places, people get the impression that this technology is brand new and therefore particularly good. However, it is often forgotten that electric cars already existed in the 1880s and even outperformed gasoline-powered cars for a time. However, range problems and the poor availability of recharging points eventually caused the road scene to favor internal combustion technology as we know it. Nevertheless, various automakers and suppliers continued to research electric drive. As a result, battery-electric Lunar Rovers were taken to the moon by NASA starting in 1971. Opel was also among the companies just mentioned, but they tended to do more earthbound experiments.

From rocket cars to electric cars

Georg von Opel was the driving force behind a special project. His cousin Fritz von Opel, known as ‘Raketen-Fritz’ (rocket Fritz), had already caused a sensation with his RAK models. Now it was also to set records, but much quieter than before World War 2. An Opel GT was chosen internally as the base vehicle, since its body shape offered very good aerodynamic values. By consistently dispensing with air intakes, exterior mirrors, bumpers, taillights and even door handles, air resistance was significantly improved. In addition, after initial trials, newly shaped wheel covers, a front spoiler, a wide rear spoiler lip and a flat engine hood without carburetor hump were added. Inside, the GT was completely stripped out and only the dashboard and a sports seat for the driver were installed. The rest of the interior was taken up by batteries and control mechanisms for the electric drive. 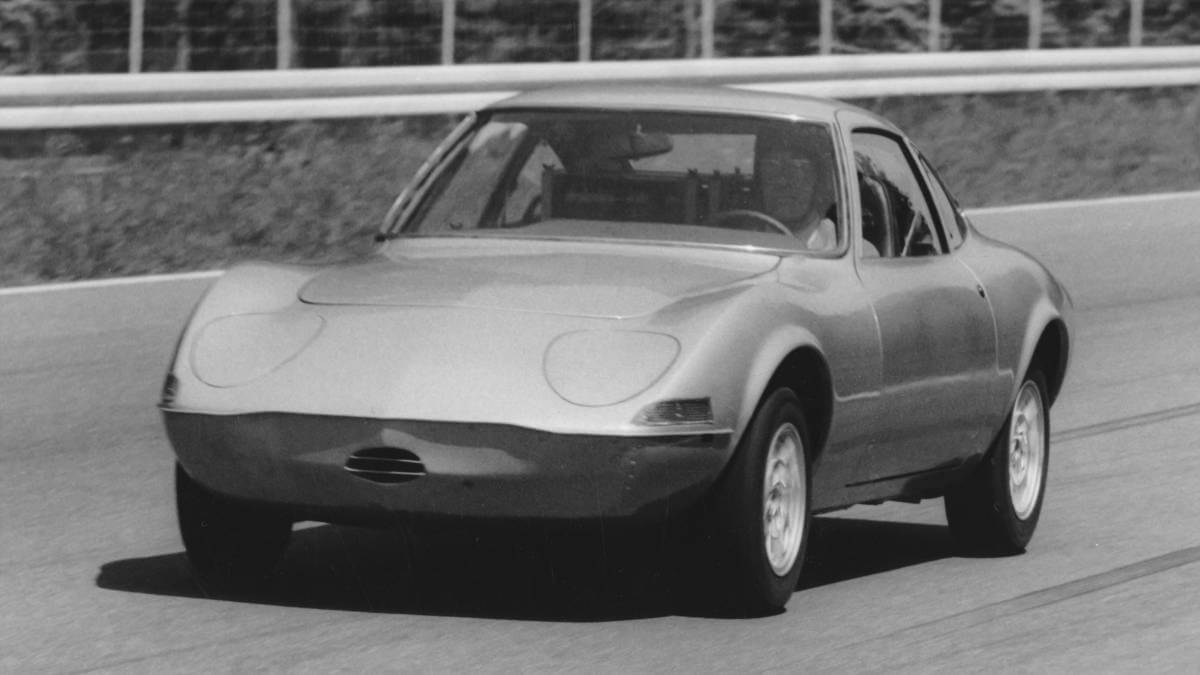 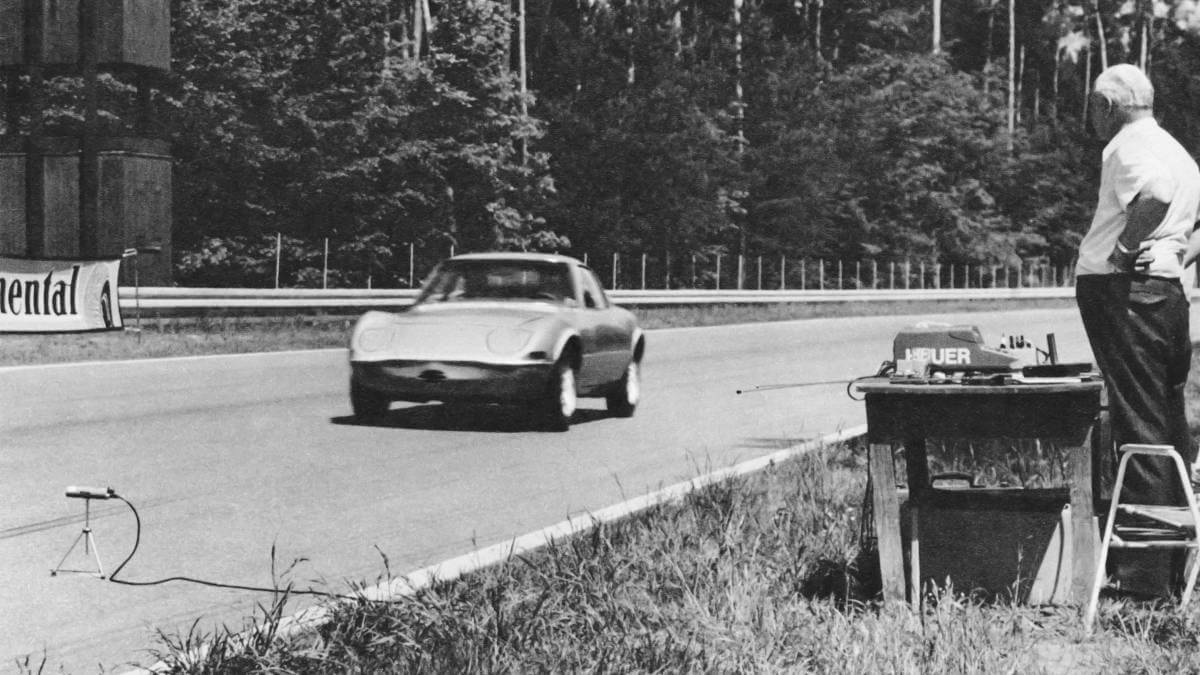 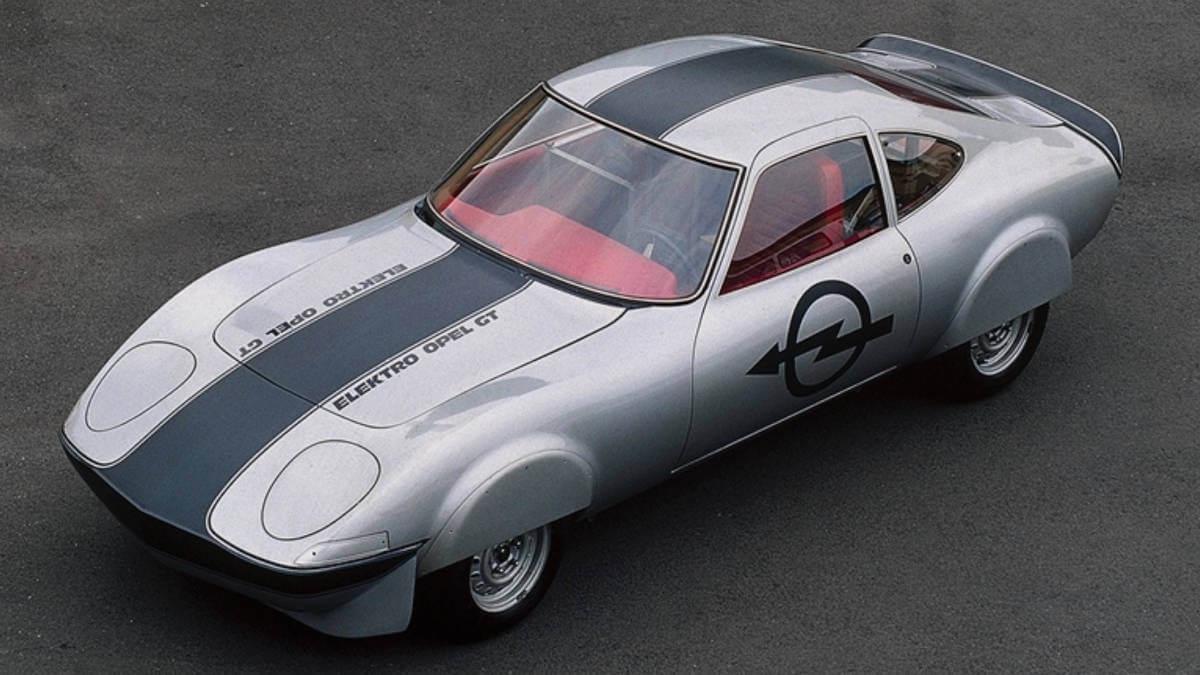 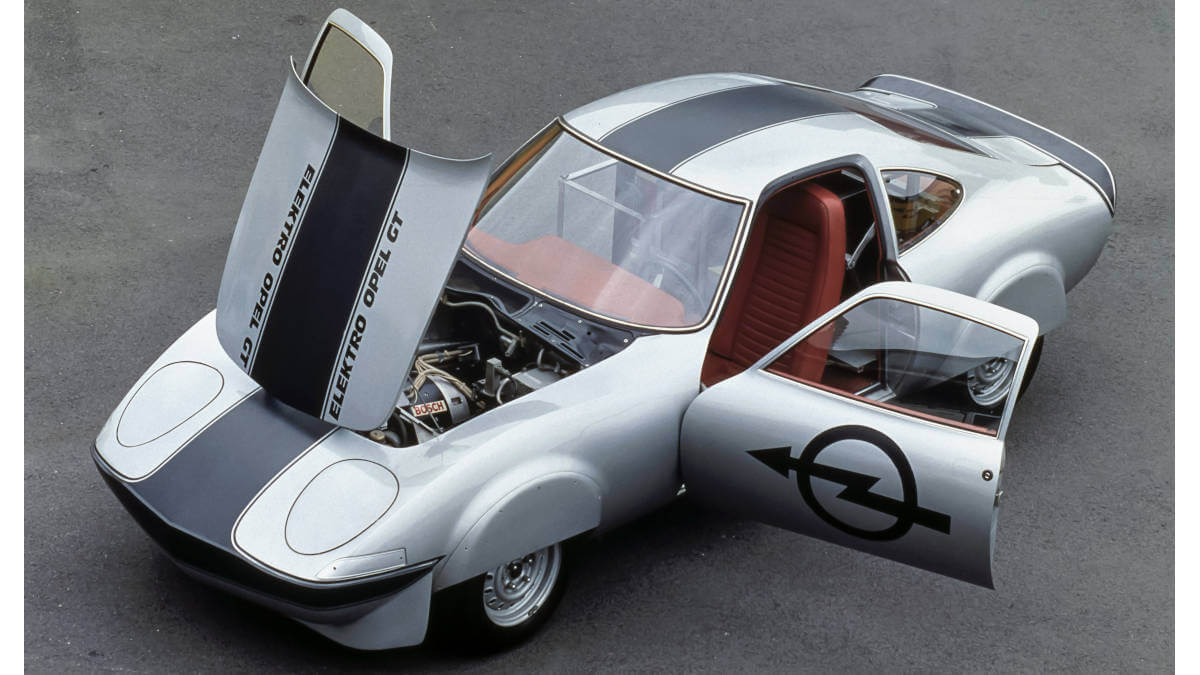 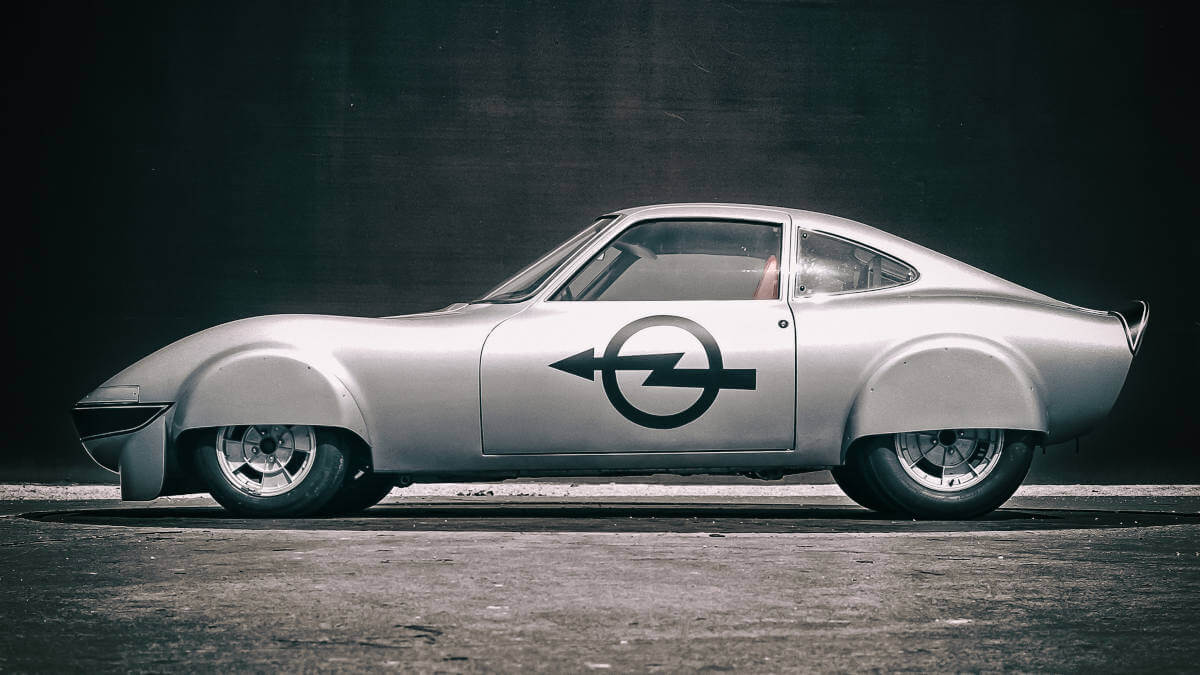 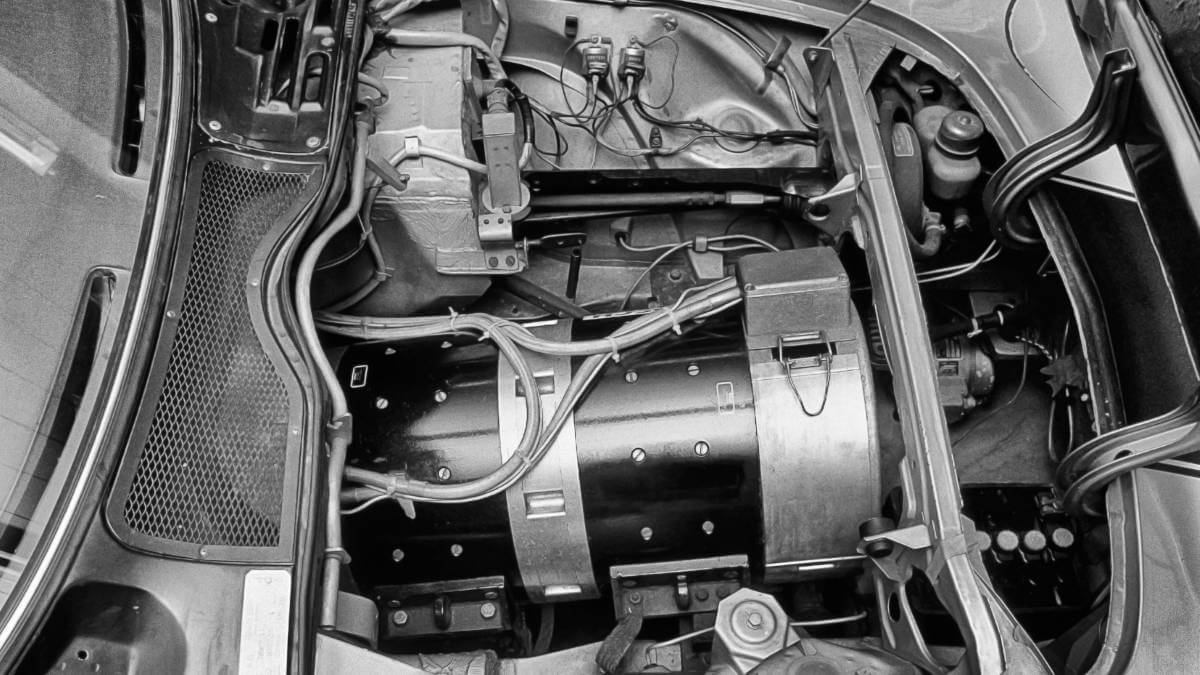 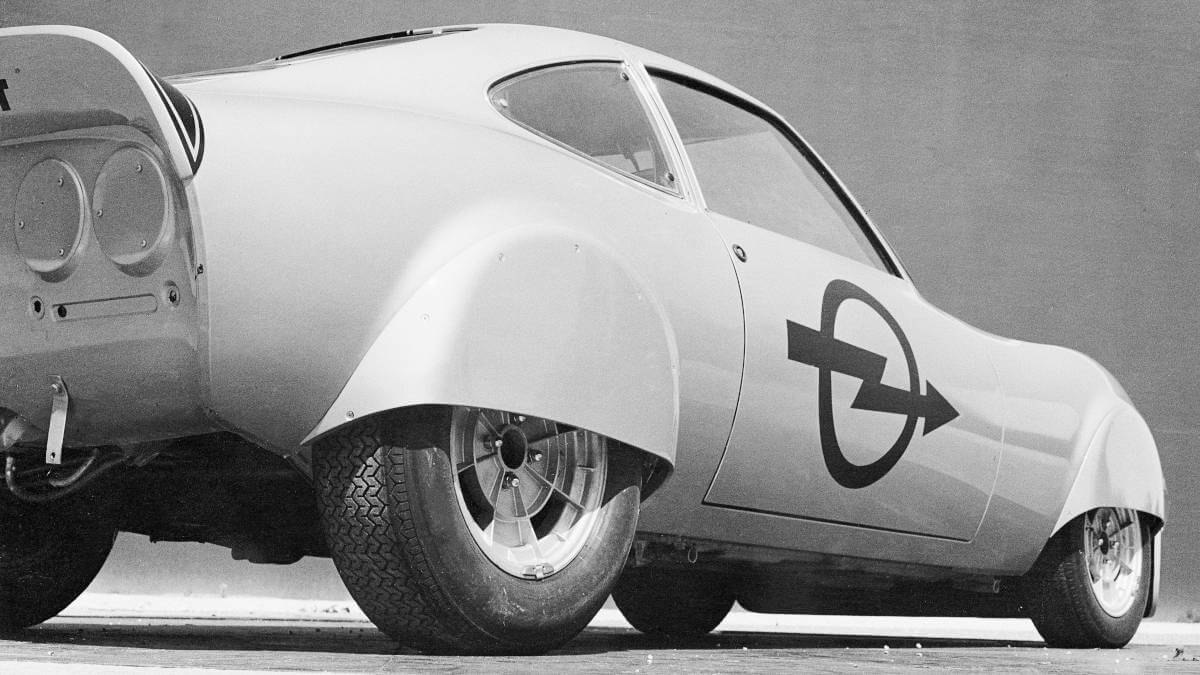 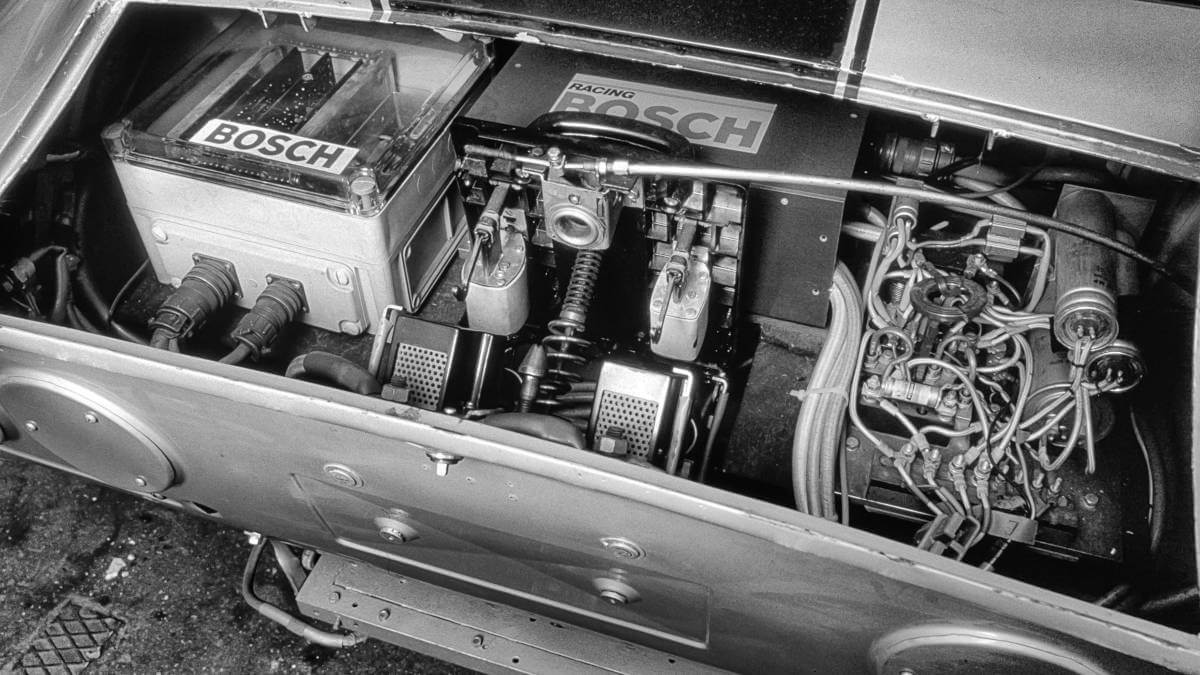 Bosch supplied the two DC electric motors, which were mechanically coupled to each other. They transmitted their output of 88 kW/120 hp (which could be increased to 118 kW/160 hp for a short time) to the rear axle via the standard cardan shaft. The rear axle came from the Manta A and, thanks to a gear ratio of 3.18, allowed a theoretical topspeed of 240 kph (149 mph). All the control electronics also came from Bosch and were mounted into the trunk. This couldn’t be opened in the normal GT. In order to ensure better accessibility during the planned record attempts, however, this unique car was modified. A removable cover was created underneath the rear window. The nickel-cadmium batteries, on the other hand, were supplied by Varta. Opel positioned them stacked on the passenger side and in place of the rear seat. In addition, an electric cooling fan was installed for the batteries and a vacuum pump for the brake booster.

For short-distance and sprint tests, a small battery pack with 280 cells and a weight of 590 kilograms was added to the car. This meant that the Elektro GT already reached the kerb weight of the largest Opel at the time, the Diplomat B. However, there was also a long-distance battery pack with 360 cells and a weight of 740 kilograms. This catapulted the sports coupé into the weight regions of the commercial vehicles at that time (1.7 tons). In order to be able to carry these masses, stiffer springs were fitted and tires with a pressure of 4.5 bar developed in conjunction with Continental. On May 17 and 18, 1971, Georg von Opel got behind the wheel of the Opel Elektro GT at the Hockenheimring. There, he set six world records for electric cars:

Next to those, they also attempted to set a record for 100 kilometers driven, aiming for an average speed of more than 100 kph (62 mph). However, the capacity of the batteries at the time wasn’t yet sufficient for this. After 44 kilometers had been covered, the Elektro GT rolled out without drive. There were no further public test drives. Presumably, the handling on the high-pressure tires with the very high center of gravity due to the stacked batteries wasn’t particularly good. After a few years in which it became quiet around the Elektro GT, Opel is now happy to show the one-off again at car shows and events as a forefather of today’s electric models.